“The bargain that yields mutual satisfaction is the only one that is apt to be repeated.” —B. C. Forbes

Yet another Steam Sale is drawing to a close, right as Summer Solstice and Father’s Day kicks off. It’s officially summer now, and I have been enjoying the lengthening days leading up to summer’s start. This year’s sale came much earlier than it did in previous years (last year’s ended on June 30, and 2013’s was in late July), coinciding with the E3 2015 Expo. An earlier start to the Steam Sale means there’s more summer left to actually experience and enjoy one’s acquisitions, and this year, despite already having spent a small sum on the Wolfenstein bundle and Modern Warfare 3, there were some fantastic deals: I spent a total of not more than twenty Canadian dollars on Metro 2033: Redux, DeadCore, Just Cause 2 and Sakura Angels. Three of these titles lie within the scope of my interests. I’ve been wondering what Metro 2033 was like ever since beating Metro: Last Light back in 2013, DeadCore‘s a 3D platformer that I saw a preview of back in October, and one of my friends noted that Just Cause 2 was a game that practically paid for itself (he has roughly 91 hours in game and picked it up for the same price I did). I’ll see to starting Metro 2033: Redux in July, once I finish Wolfenstein: The Old Blood, and as for the other games, I’ll start them when I start them. 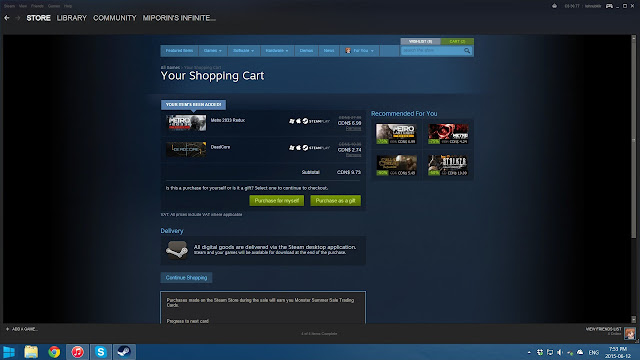 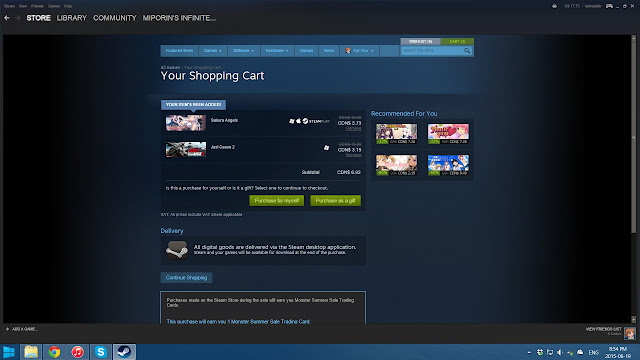 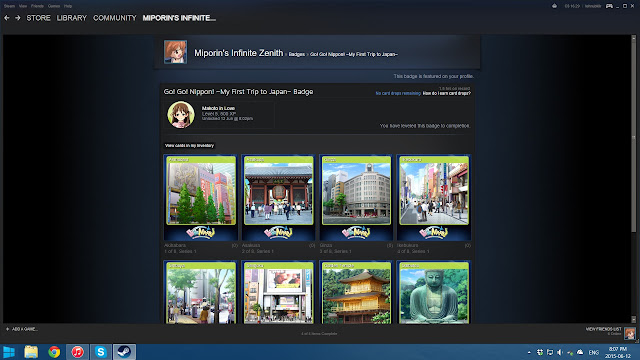 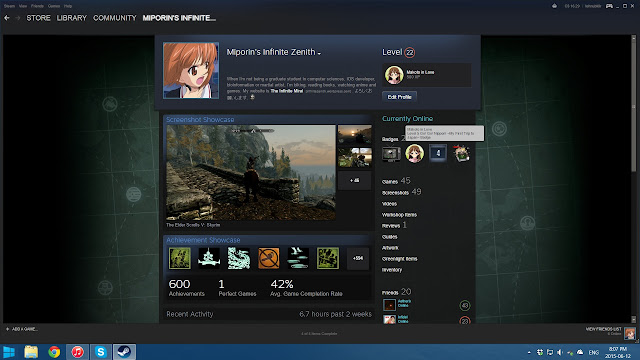 How I came to pick up DeadCore was quite an interesting story: the Steam Summer Sale 2015’s main event was a monster-hunting mini-game that featured unlockable milestones, and when certain objectives (number of players joined, enemies damaged, items used, mouse clicks registered, etc) were met, deals would unlock. On the second day of the sale, I noticed that DeadCore was offered, and realised it was the same game I was looking at back in October. There was one title that was not offered during the Steam Summer Sale 2015, and this was SUPERHOT: I’ve been following its development since 2013, and from the looks of things, the game will be available in the fourth quarter of 2015. I’ll pick it up onec the time comes; the delay in its release is entirely forgivable, since the developers have implemented so many new features into the game that it’s nigh-unrecognisable from the Unity prototype from 2013. Of course, to keep this wait exciting, I’ll have a graduate thesis project and four new titles to keep me occupied.