“Individual commitment to a group effort – that is what makes a team work, a company work, a society work, a civilization work.” —Vince Lombardi

This season’s premier anime about music concludes on a high note: after three episodes, Hibike! Euphonium details the personal aspects surrounding Kumiko, Hazuki and Sapphire as they continue practising to make the auditions. Such events include the mini-scandal that arises when Reina is chosen over Kaori to be the trumpet soloist, a love triangle between Kumiko, Hazuki and Shuichi, and Kumiko learning about her own passion for music as she spends more time with Reina. In spite of these turbulent events, all of these minor scrapes and bruises fall to the wayside as the day of the competition draws closer; spurred on by their own motivations, and by instructor Noboru Taki’s training regiment, Kitauji’s concert band put in their best efforts in practise. When the day of the competition comes, Kitauji’s performance, brimming with their honest intentions of excelling, leads them to be among the bands chosen for competition at the national level.

For all of the discussions and debates out there about the character growth in Hibike! Euphonium, the anime’s final performance illustrates how in the end, the internal conflicts in the characters ultimately are not as great of a concern as the band’s overall will and determination to give their best possible performance. Kitauji’s concert band members are able to set aside their own doubts, hesitation and reluctance to accept Noboru’s methods and their fellow band member’s dedication, working towards a tangible, meaningful goal. Thus, when all is said and done, the final performance shows a band whose members have successfully overcome their conflicts, both internally and amongst one another. This is often the case wherever a journey is undertaken: as things culminate towards the end, the bumps on the path matter less compared to what lessons were learnt from those bumps. Through Hibike! Euphonium, Kyoto Animation captures this notion perfectly. 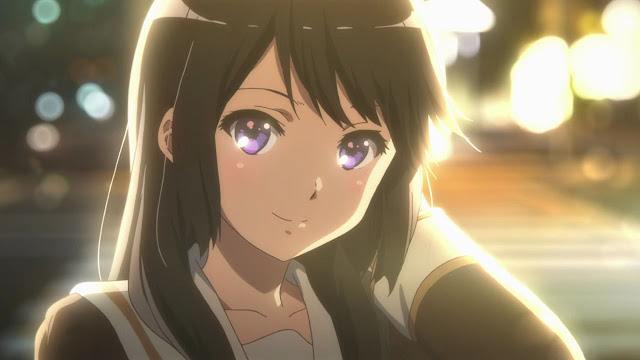 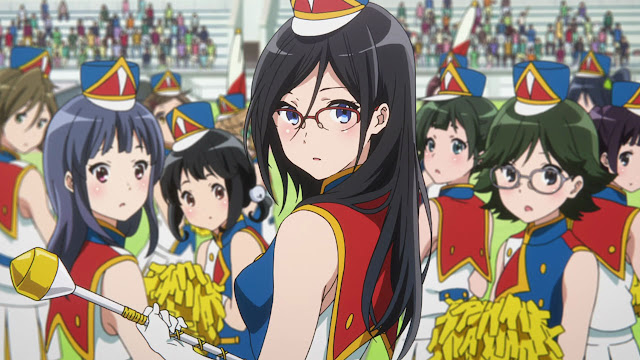 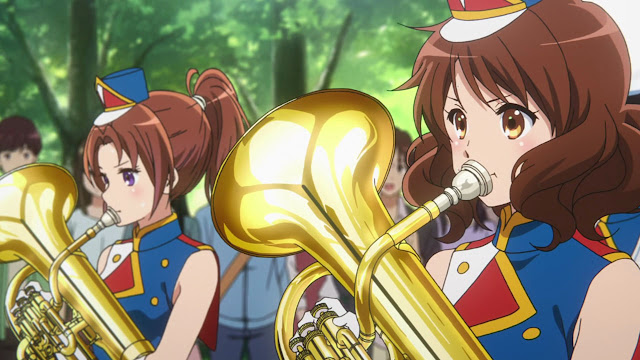 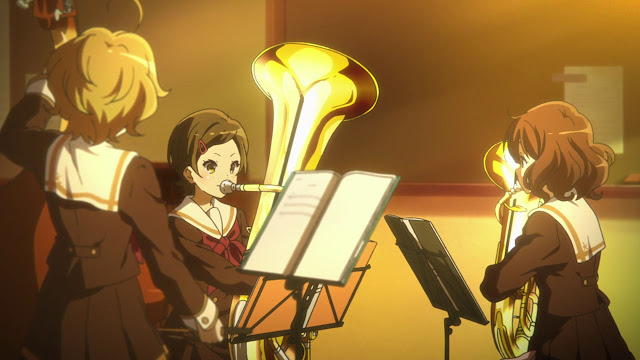 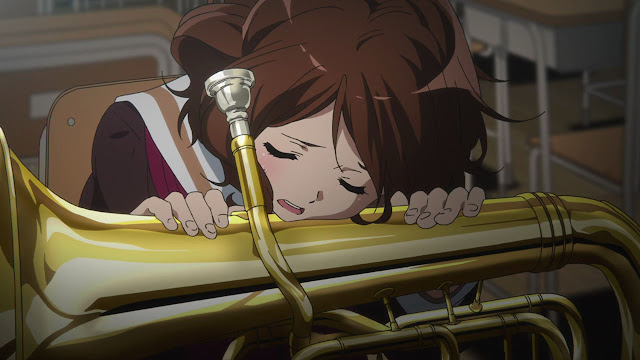 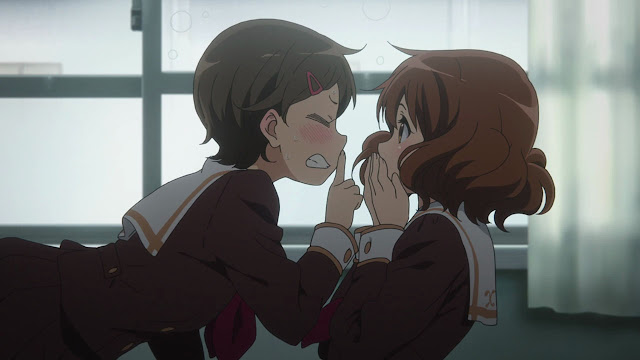 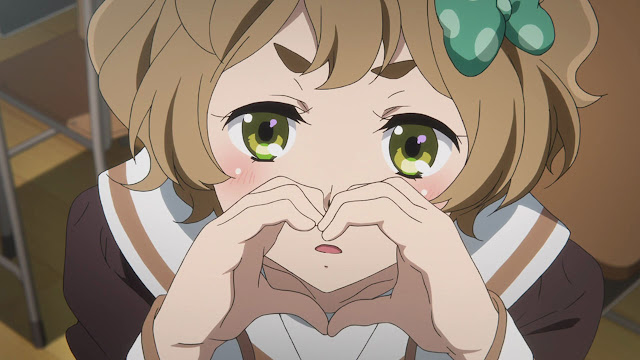 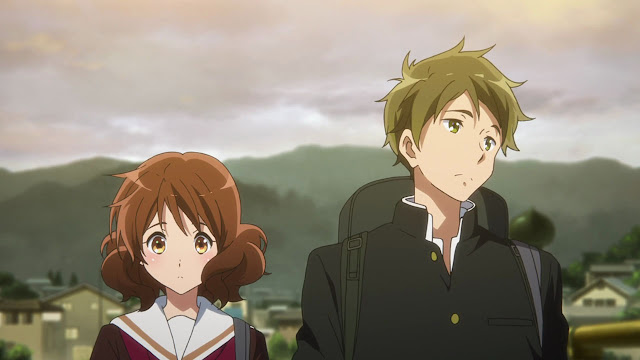 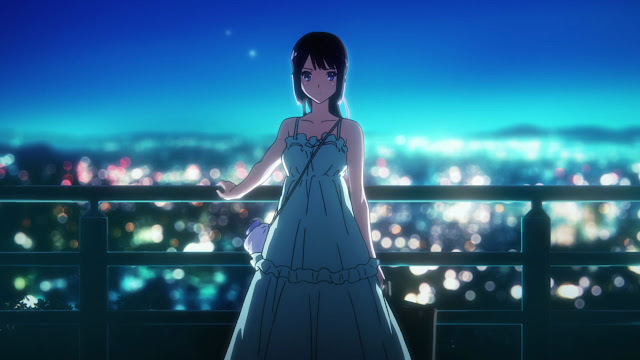 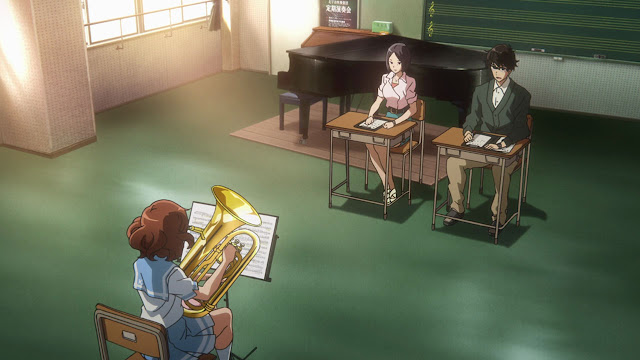 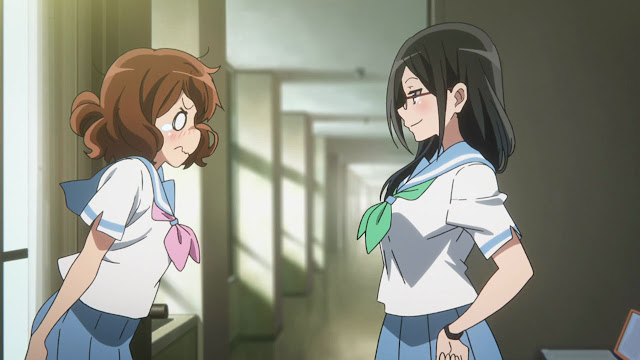 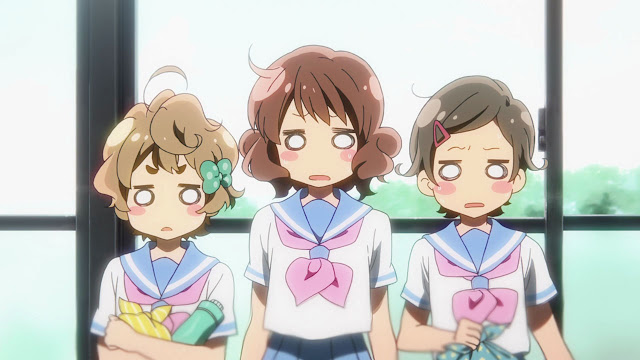 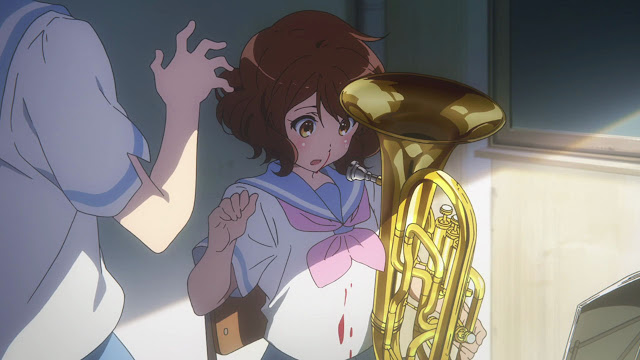 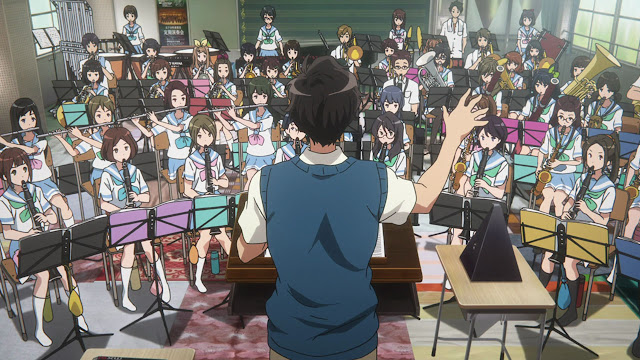 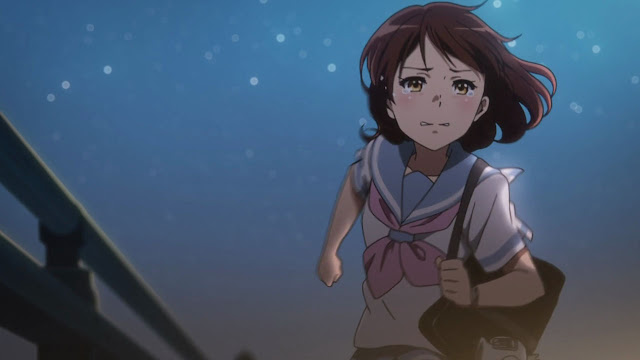 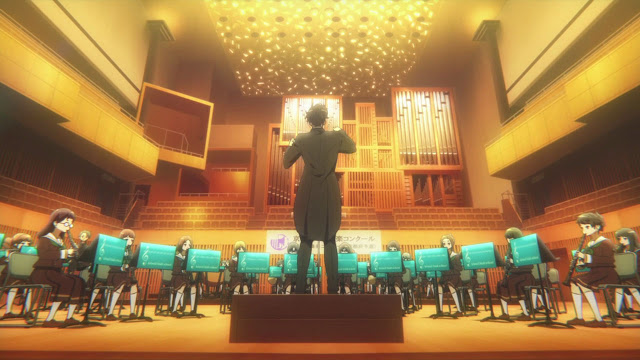 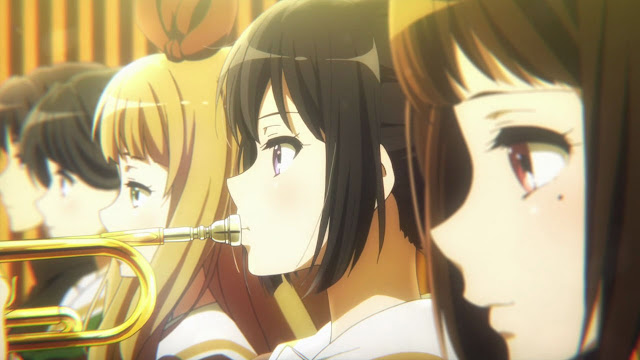 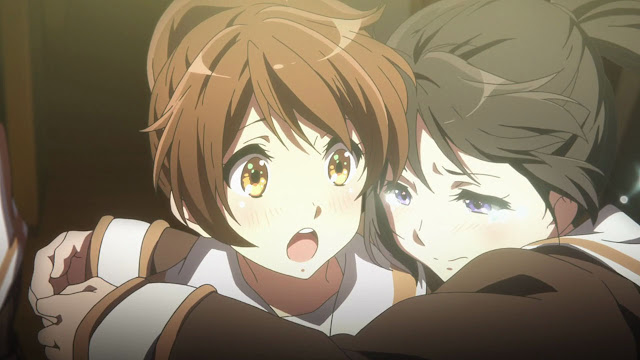 With this theme in mind, it’s not too surprising to see dynamics between Reina and Kumiko, or the conflicts that Shuichi remark as having afflicted Kitauji’s concert band in previous years, become less relevant as the day of the competition moves closer. Hibike! Euphonium is an anime about a band overcoming past limitations and doubts: under Noburu’s watchful eye, each member learns to awaken their own drive for excellence. The role of these smaller details, serve to push Kumiko towards understanding her internal desire to excel and reach the nationals, rather than contributing to the theme directly. When Kumiko embraces her passion for music, these internal conflicts are resolved in a satisfactory manner. While the uninitiated may claim that this does not result in good closure, Hibike! Euphonium in fact resolves the all of the sub-stories that gradually developed in a rather elegant and logical approach. This marks the end of Hibike! Euphonium for the present, although to close the anime off here is to leave room open for future developments, either in the form of a movie or second season. While a continuation would be nice, it’s not necessary, given that Hibike! Euphonium successfully conveys its message to the audience.