“You may be deceived if you trust too much, but you will live in torment if you don’t trust enough.” —Frank Crane

The final installment to Operation Victory Arrow is out at last now; this closing act to the series follows events surrounding Lynette and Perrine as they work towards rebuilding Gallia following the events of the second season. Another Gallian Witch, Amelie Planchard, is also present to assist Lynette and Perrine. They encounter a young boy named Julius, who is getting treatment for his little sister Rose. After hearing of their circumstances, arrangements are made for the children to remain at Perrine’s residence while Rose recovers. However, Julius proves difficult for Perrine to handle, and also expresses a hatred towards witches for not coming to his father’s aid when he went to battle at Arnhem Bridge four years previously. After learning that Perrine and the others are witches, Julius stows away on a truck bound for Arnhem Bridge to retrieve some personal effects, but finds himself face-to-face with a Neuroi. He is saved by Perrine; despite her Striker unit undergoing repairs, she manages to fend off the Neuroi long enough for Lynette to provide covering fire. During the course of the battle, Perrine injures her leg, but Julius steps in to recover her weapon, and with Lynette in the air, they successfully destroy the Neuroi. Afterwards, Perrine takes in both Julius and Rose to give them an education while Lynette receives a letter from Yoshika.

In keeping with trends in Strike Witches, Arnhem Bridge possesses a well-defined theme, albeit a simpler one: one’s prejudices towards a concept, group or individual can be very quickly changed in the face of extraordinary conditions that allow them to understand the shortcomings of their beliefs. In this case, Julius’ perspective of the Witches immediately hints at a mistrust for them: he refers to them as liars, and this is motivated by a traumatic event in his past. However, when he himself comes under attack, Perrine’s timely intervention and unwavering determination to save him, even in spite of the misdeeds he’s committed against her, lead him to finally realise that Perrine, and Witches in general, are benevolent and kind individuals who strive to serve the people to the best of their ability, ending his animosity towards them. This message is astute and moving, quite befitting of the Gallian Witches and Lynette. However, it is also a familiar one, evoking memories of Sora no Woto’s Seiya, whose mistrust of the military likewise comes from a similar event in his past, and his interactions with Kanata eventually lead him to become less hostile towards soldiers. As such, the OVA’s plot was rather more foreseeable compared to the previous OVAs, but nonetheless, Arnhem Bridge is an excellent addition to Operation Victory Arrow. 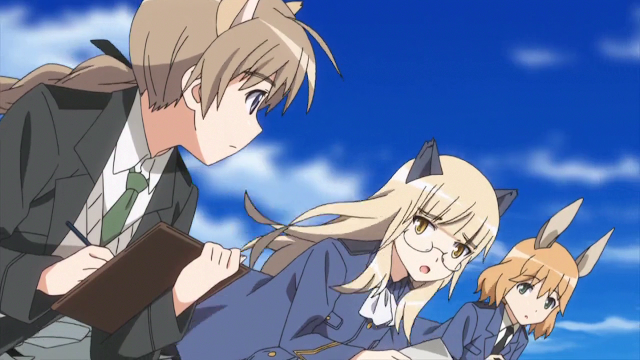 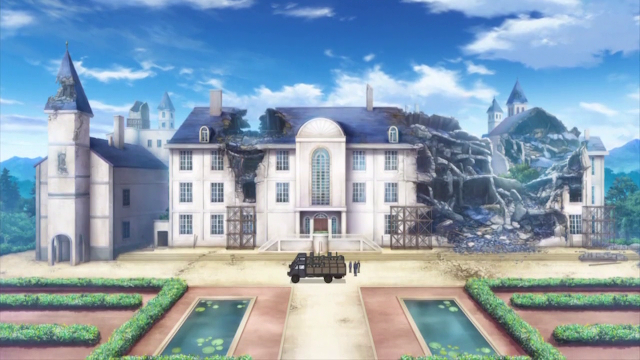 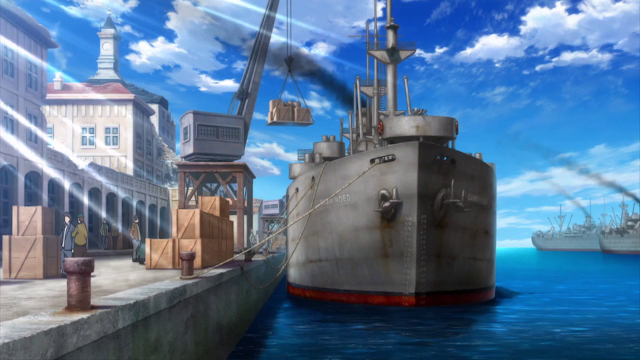 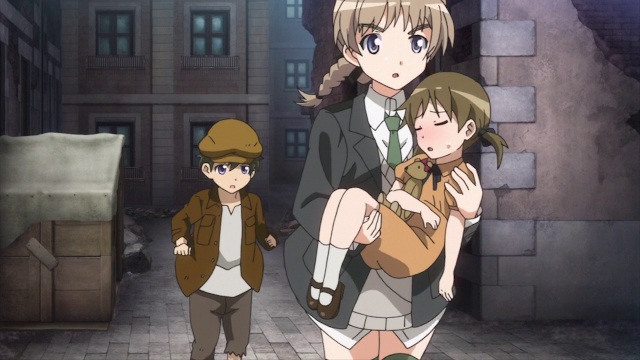 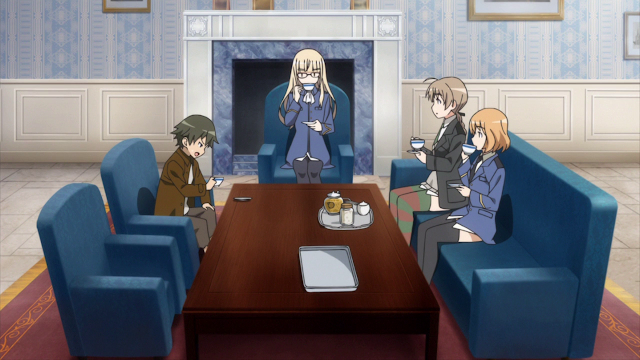 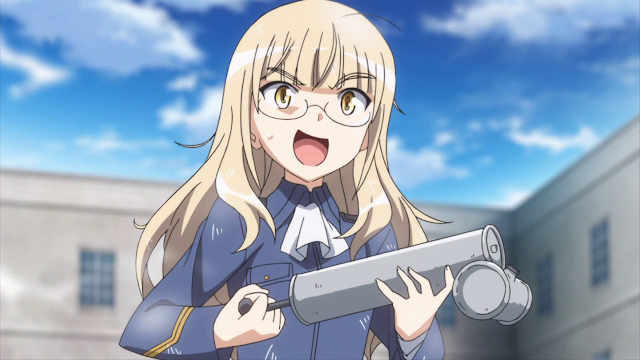 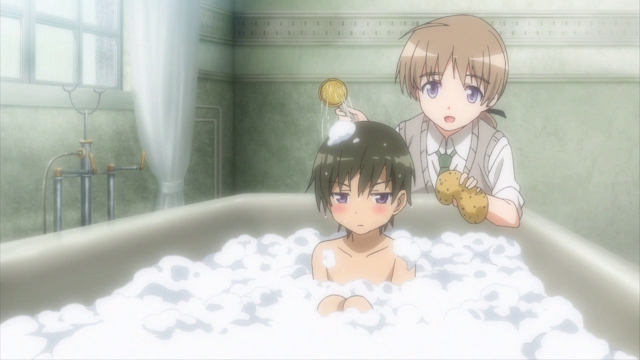 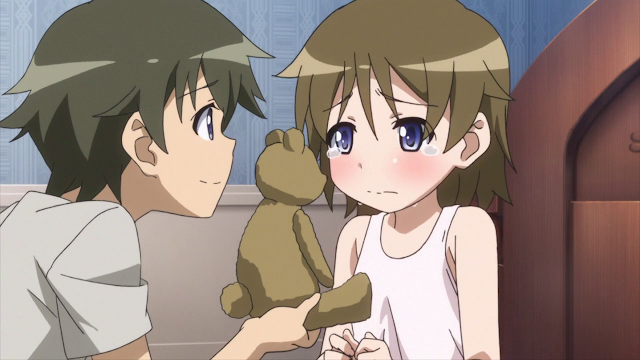 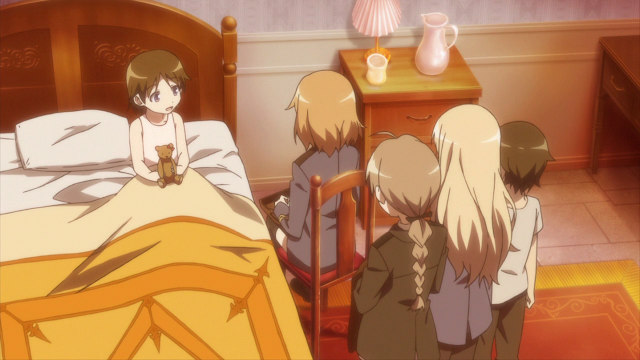 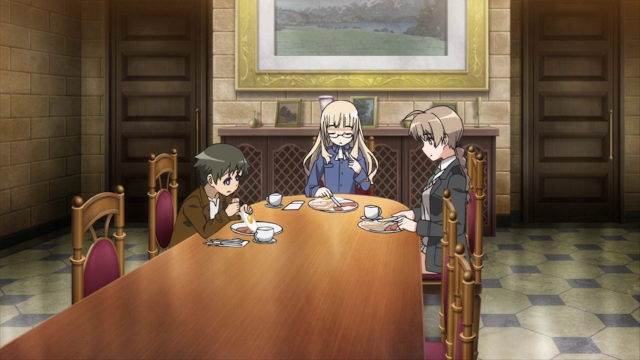 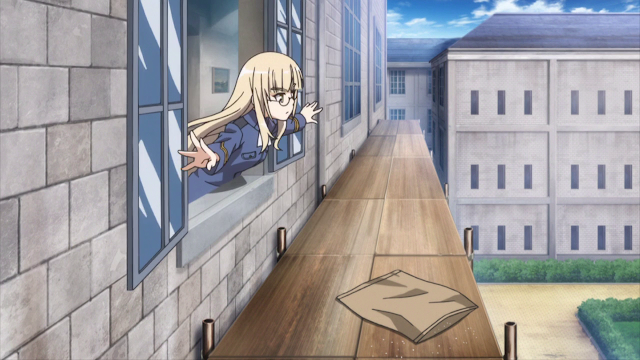 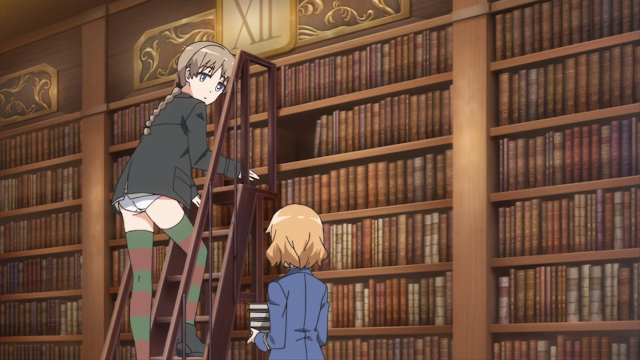 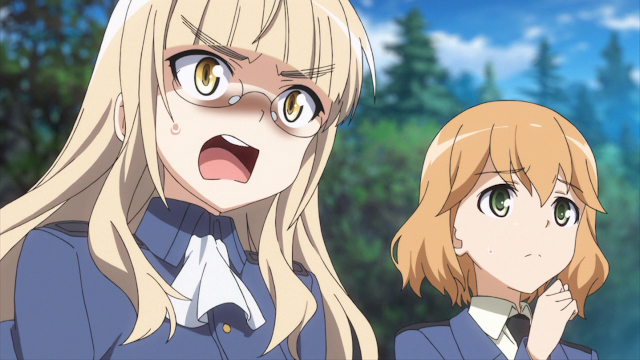 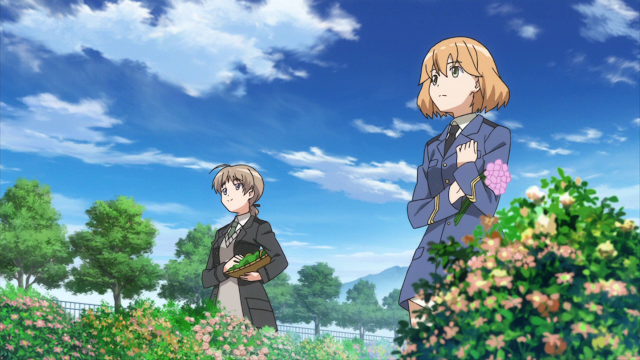 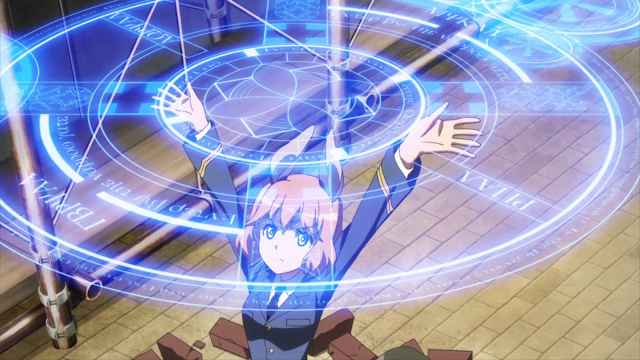 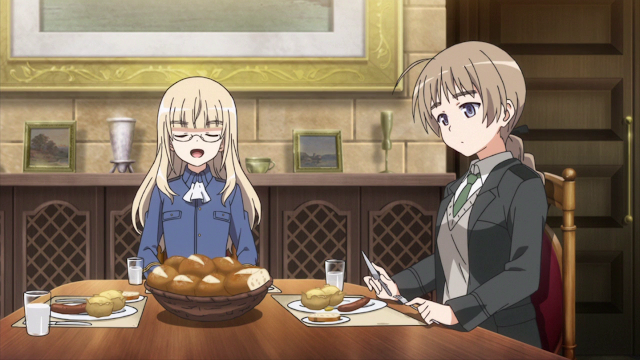 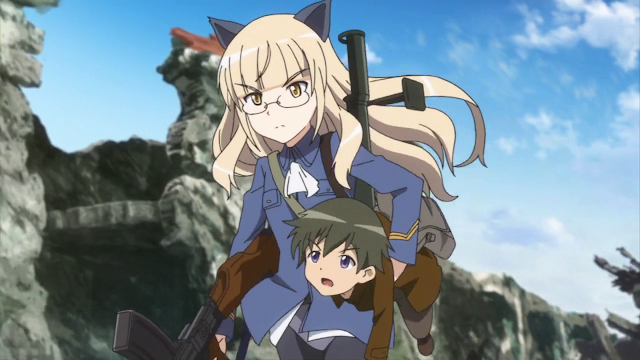 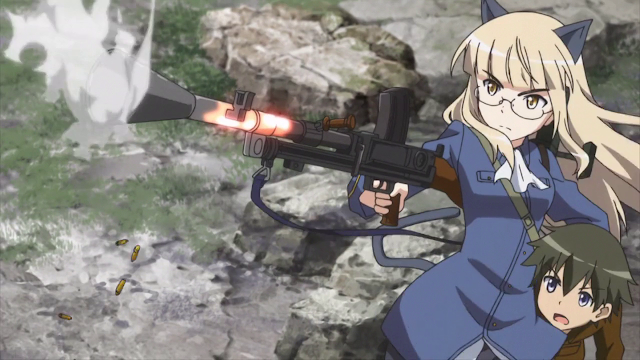 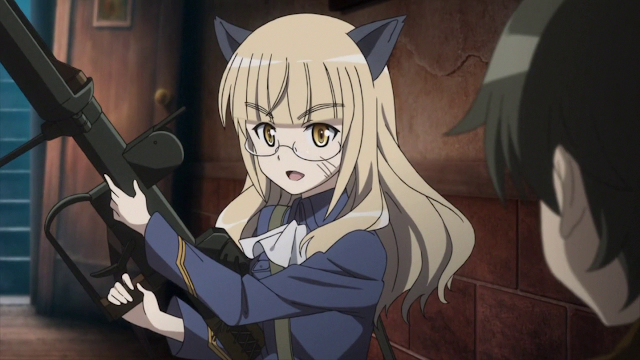 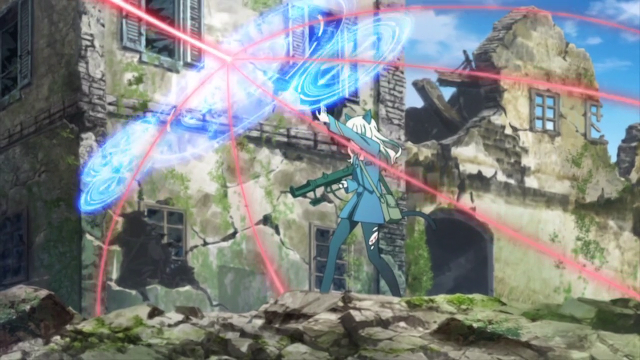 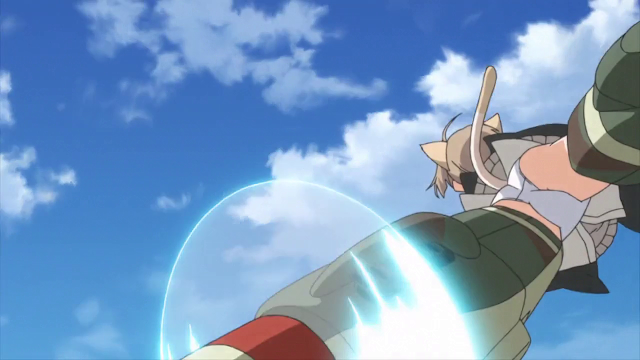 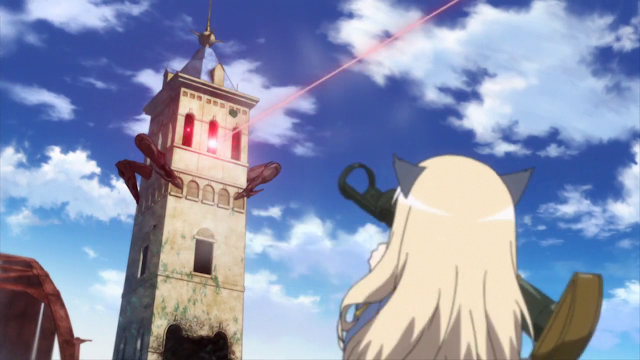 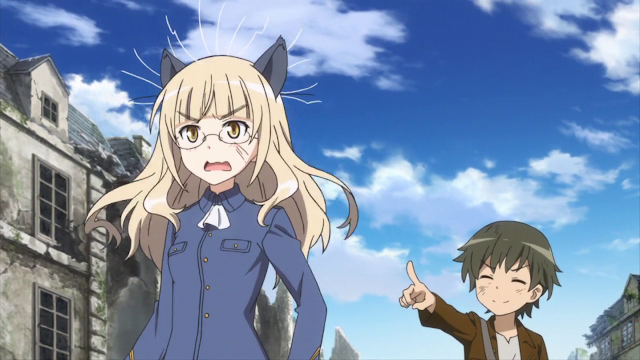 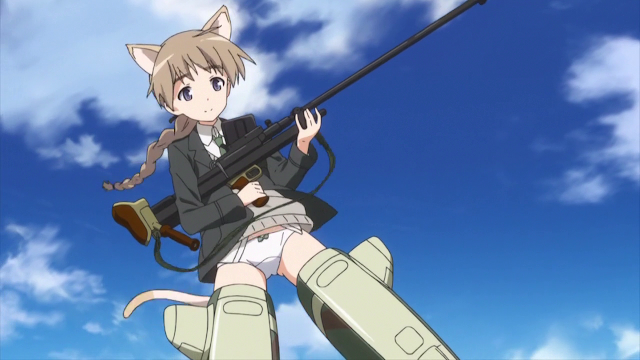 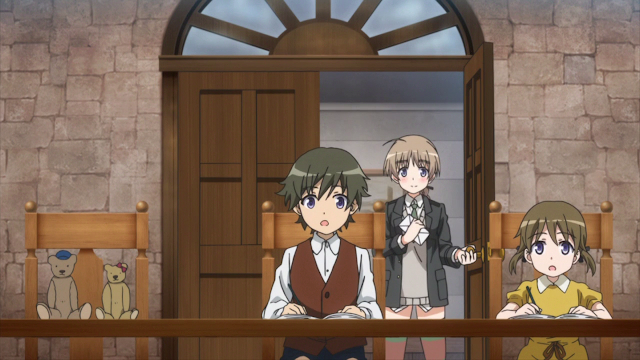 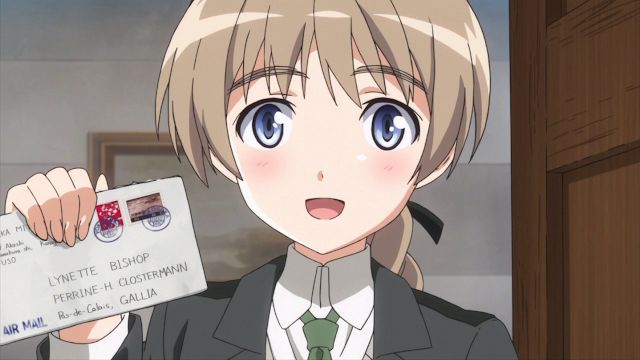 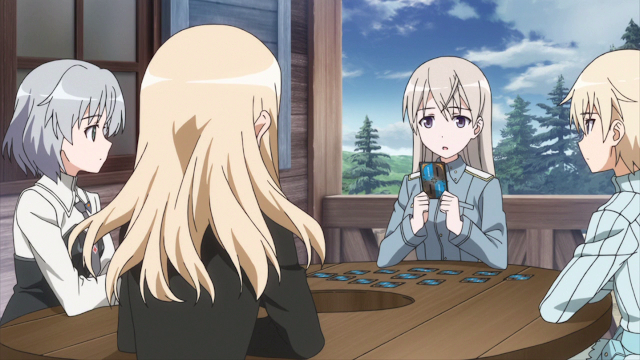 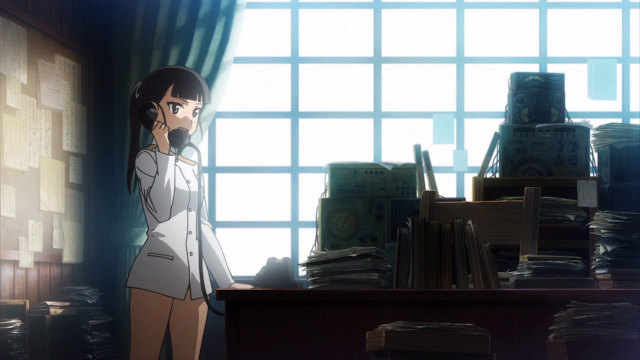 While rumours endure that there is to be a fourth volume of Operation Victory Arrow, the third volume’s ending suggests that this mini-series has indeed come to a close: to keep the viewers from open revolt, a glimpse of the Suomus witches and Sanya is present, but beyond a short conversation about Eila’s divination concerning Perrine’s activities, they do not play a more substantial role in the latest volume. Of course, some may view this as hinting at a fourth volume, although the near-total absence of news, and lack of a preview for future volumes is a sure sign that this is indeed the end. Overall, Operation Victory Arrow was a fantastic addition to the Strike Witches franchise: each volume is able to tell a self-contained, meaningful story about the Witches that were depicted, and while not everyone had a chance to shine, the emphasis on character growth and world-building means that Strike Witches is indeed capable of standing on its own merits even in the near-absence of pantsu. This is something I can easily recommend to Strike Witches fans, and even those new to the series may find the OVAs to be worth watching. It’s a promising sign for Strike Witches as a whole, and if there is indeed to be a third season, rumoured to be focused on the 502st Joint Fighter Wing, then there is definitely an opportunity for Strike Witches to prove itself as more than just a flimsy justification for showing off their well-drawn characters’ assets, being a living, breathing world in its own right.