2 Comments Posted by infinitezenith on October 10, 2015

As the second season to Gochuumon wa Usagi Desu Ka?, Gochuumon wa Usagi Desu Ka??‘s title merely differs with the addition of a single question mark in its title. For brevity’s sake, I will continue to refer to the anime’s second season as GochiUsa. It’s a beautiful Saturday morning, and GochiUsa‘s first episode aired, marking a much-welcomed return to the gentle atmosphere surrounding this anime. Nearly a year has elapsed since Cocoa moved to Rabbit House to work as a waitress, and she’s quite eager to share her experiences with her family. To this end, she goes around town to photograph her friends, and while Chiya, Rize and Sharo don’t mind being photographed, Chino encounters considerable difficulty in smiling for Cocoa’s camera. Later, when Chiya and Ama Usa An are featured in a local magazine, alongside Sharo and Fleur de Lupin, Chino wonders if her presence isn’t doing enough to warm up the atmosphere around Rabbit House and grows melancholic. Takahiro Kafū shares a few words with Cooca about Chino, and to the latter’s surprise, Rabbit House is featured on a double-spread in the magazine’s next issue. Welcoming the news, Chino smiles. Cocoa sends her letter to her family, and later stumbles upon a picture frame Chino’s made.

The main draw about sequels of slice-of-life anime, such as GochiUsa, is that their pacing and design allows the anime to be inherently accessible to viewers. This first episode was spent depicting two seemingly trivial, mundane elements in the girls’ everyday lives, but nonetheless, manages to capture volumes about each girls’ personalities. Cocoa remains as easy-going as she did in the first season, and similarly, Chino is as shy and reserved as she had been earlier. This holds true for the airy Chiya, disciplined Rize and elegant Sharo. Thus, the characters’ identities and contributions to the dynamics in GochiUsa become immediately apparent, leaving new viewers with a solid impression of what aspects set each individual apart from one another. For veterans of GochiUsa, watching all of the characters go about their everyday lives will remind them of the things that made season one so enjoyable. This is partially why such anime are appreciated: they’re able to capture the interests of an audience who’ve never seen it before, while simultaneously presenting enough new material to keep the veterans entertained, and in this regard, GochiUsa‘s first episode of its second season succeeds in doing just this. 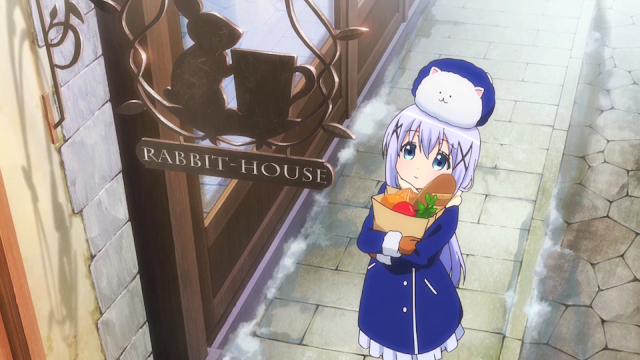 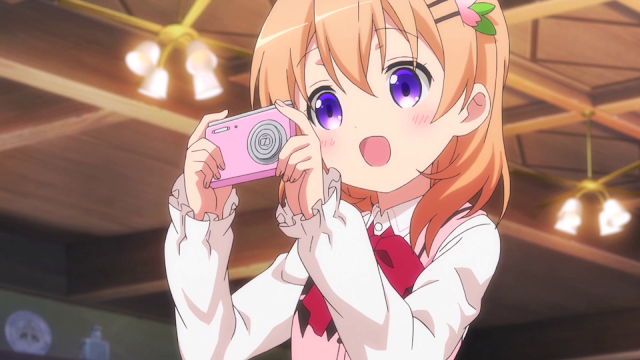 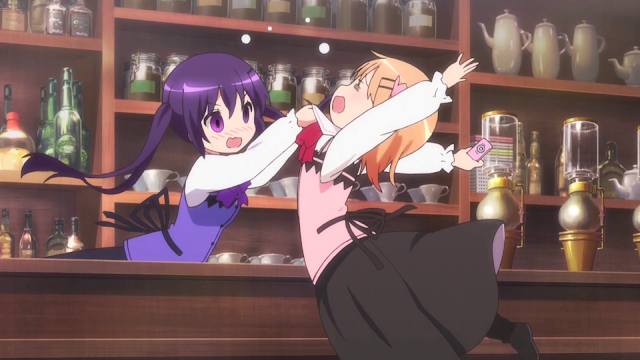 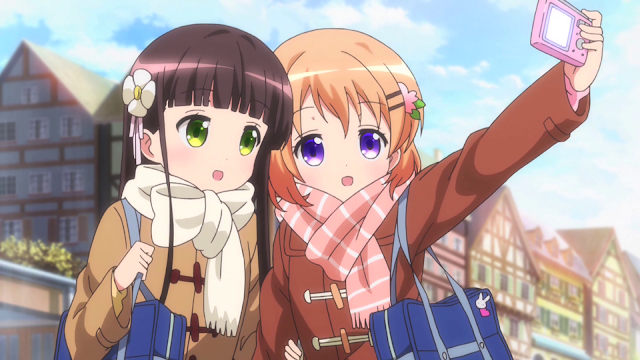 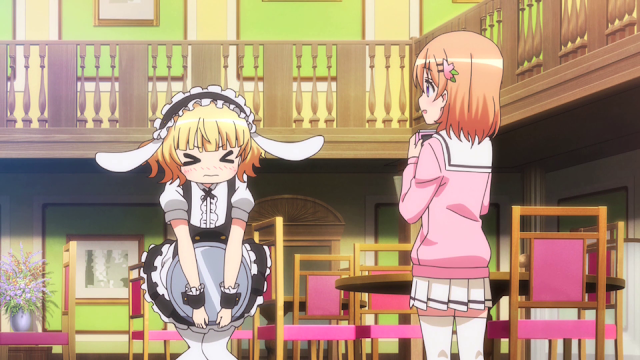 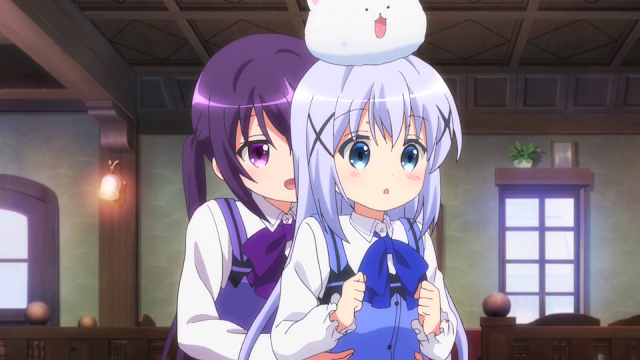 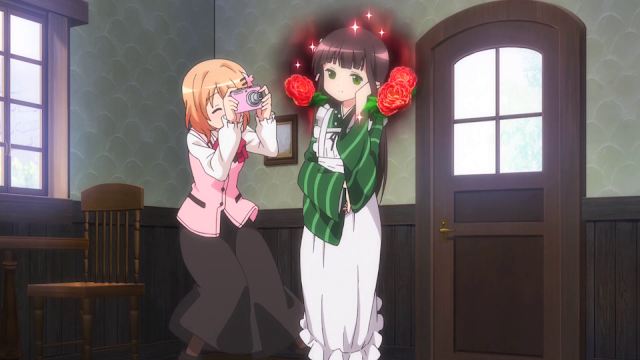 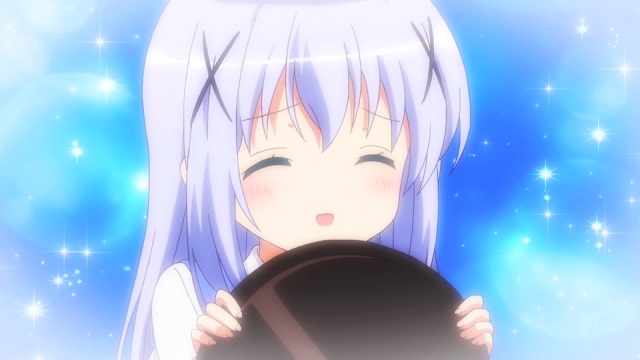 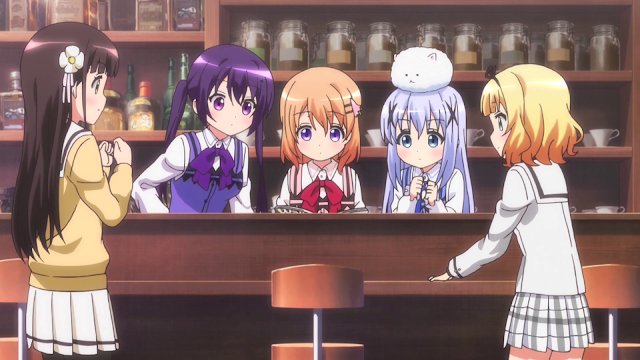 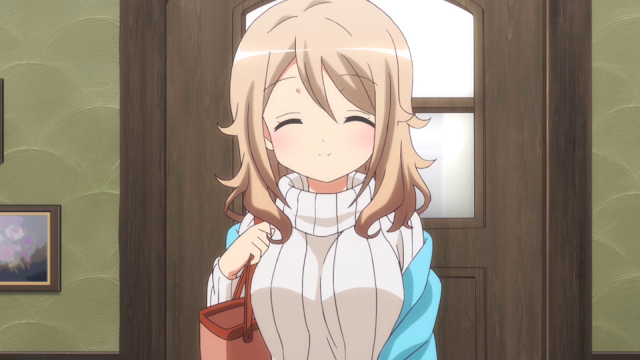 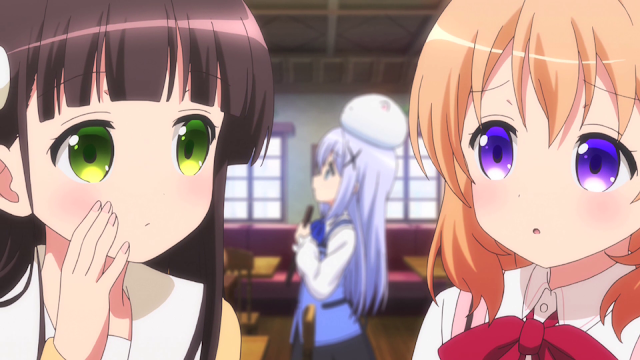 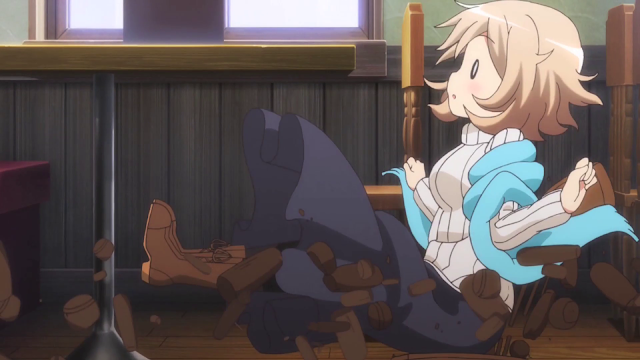 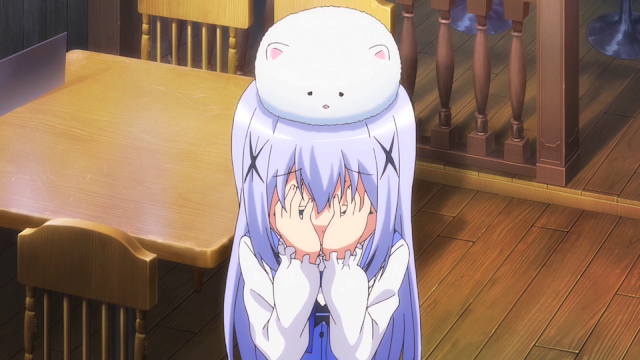 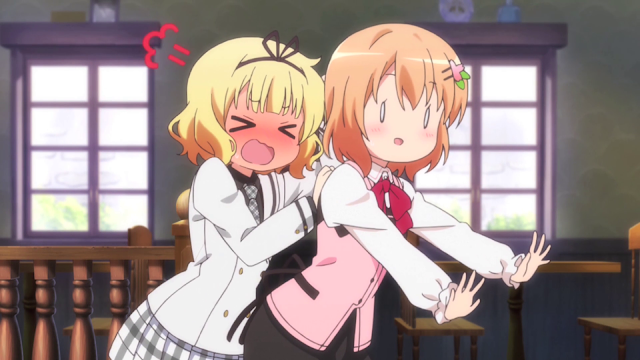 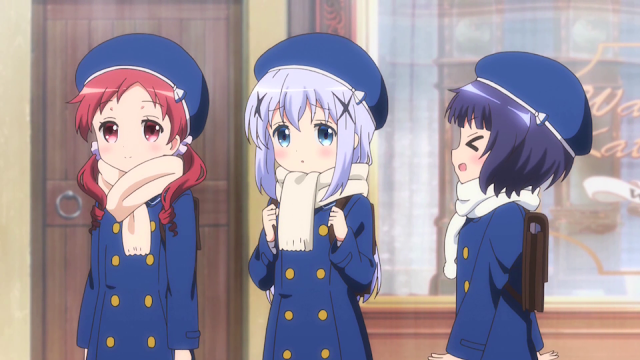 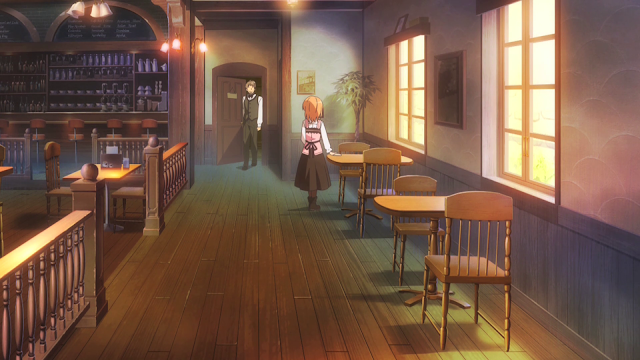 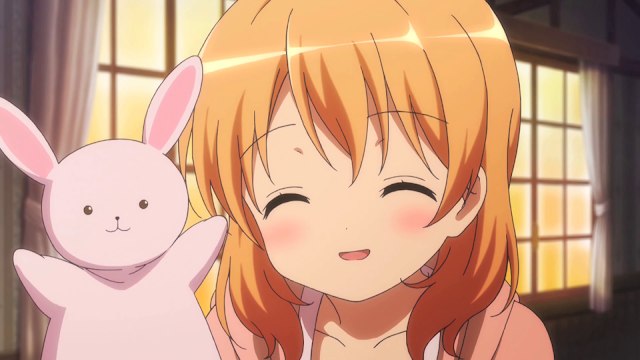 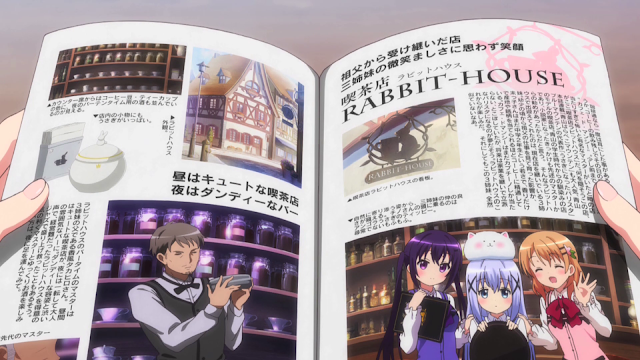 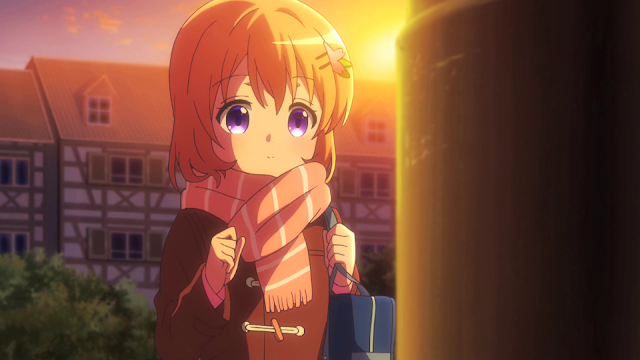 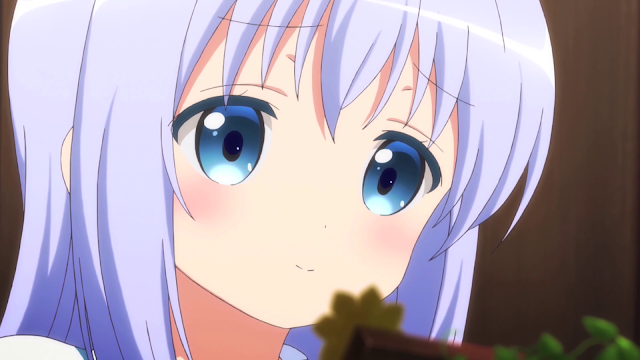 Looking ahead, GochiUsa is going to be something that I will look forwards to watching every week. The first season dealt with Chino and Cocoa gradually coming to learn more about one another to the extent where Chino’s icy façade towards Cocoa dissipates somewhat, and it’s logical to imagine that the second season will see this trend continue. The end result is a very-natural, credible relationship that never feels forced. However, the elephant in the room at present is Mocha’s upcoming presence in the remainder of GochiUsa‘s second season. Her presence is most likely to disrupt the status quo and consequently, we could see new sides to each character, thereby livening up the second season. Though she’s not yet made an appearance, I previously remarked that it would not be logical to be introduced after one episode: the first episode must aim to (re)establish the primary characters, and adding new characters right off the bat would take time away from doing so. Consequently, there are no issues with leaving Mocha’s introduction for a later episode. The episode preview actually yields very little in the way of what’s to come, so it is possible that Mocha could show up as early as next week’s episode. This is something that time will tell, and I will return after the third episode to provide my impressions of GochiUsa by the three-episode mark. For the present, there is no denying that this first episode was most enjoyable, and I look forwards to seeing what directions GochiUsa‘s second season (hitherto referred to as GochiUsa) will take.