8 Comments Posted by infinitezenith on October 17, 2015

“Chuck Norris doesn’t fire guns, the bullets run away from him.”

Before readers get the wrong idea, no, I’m not planning on doing episodic reviews for GochiUsa at present. The rationale for doing an independent talk for the second episode is simple enough: there are some details in the second episode and the ending sequence that are worth mentioning before the series proceeds any further. The second episode continues on in the same languid, carefree pacing of the first, with Chino doing her best to fine tune her craft when it comes to telling ghost stories. Sharo arrives with supernatural experiences at her own place, seeking refuge with Chino and Cocoa until the next morning. She enlists Rize and Chiya to help her with this “ghost” and learns that it’s a wild-looking feral rabbit who’s taken a liking to Sharo and Rize. Later, Rize’s sprained ankle appears to be worsening, so Cocoa and Chino pay her a visit and wind up playing together as maids. There’s not too much to be said about the second season thus far, but GochiUsa is exploring different devices and locations in its story to enrich the girls’ world: up until now, Rize’s home has not been shown in great detail, and similarly, Rize’s father had never made an appearance before.

There are two things I will aim to bring up in this post. The first deals with the ending sequence: Tokimeki Poporon♪ has quickly developed a sort of notoriety over the past few days for its immensely adorable animated sequences and lyrical composition. It’s a reasonably well-choreographed sequence with the aural properties approaching that of ultrasound, and the ending sequence concludes with Chino playing rock-paper-scissors with the audience. This is probably intended to act as a modality of interaction for the audience, further personalising it and contributing to GochiUsa‘s engagement, and consequently, is expected to be different in each episode. Insofar, Chino’s played scissors and rock (in that order for episodes one and two, respectively), which is consistent with switching moves, in clockwise pattern from rock → paper → scissors if they lost a previous round. Knowing this, I predicted that Chino would play rock and thus would counter with a paper, although with only two episodes, the sample is far too small to do much with it. Consequently, I’m rather curious to see whether or not a computer algorithm, armed with data about common patterns for rock-paper-scissors, can pick up the sequence of moves Chino uses, and if so, how long it takes before the algorithm begins to take the advantage. I’ll be using this applet as the tester; while I’ve no idea whether it uses genetic algorithms, frequency counting, pattern analysis or Markov chains to work, I do know it has a large dataset we can test against. At the end of the season, I’ll return with the full results, alongside a more technical account of my methodologies and how I define what constitutes as an advantage. 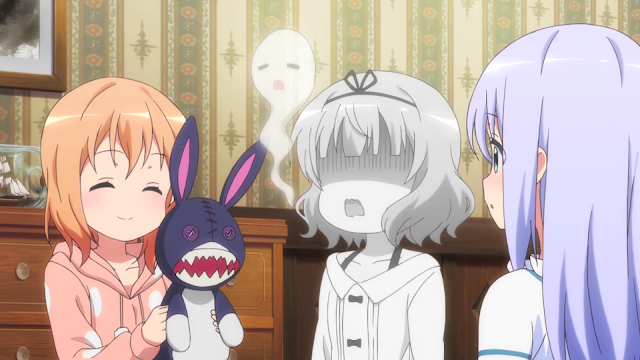 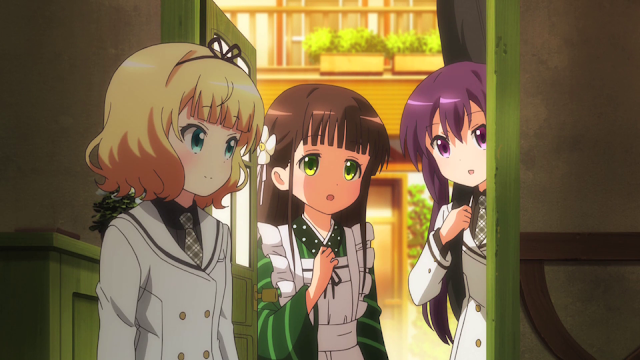 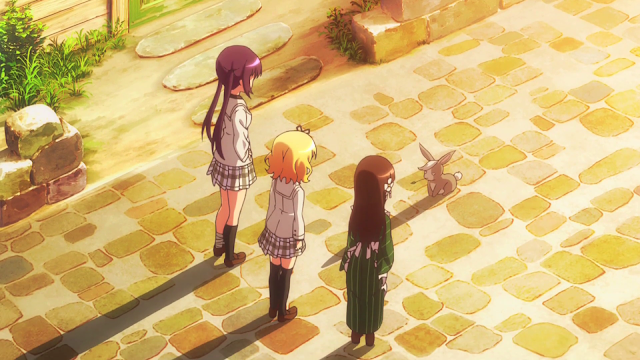 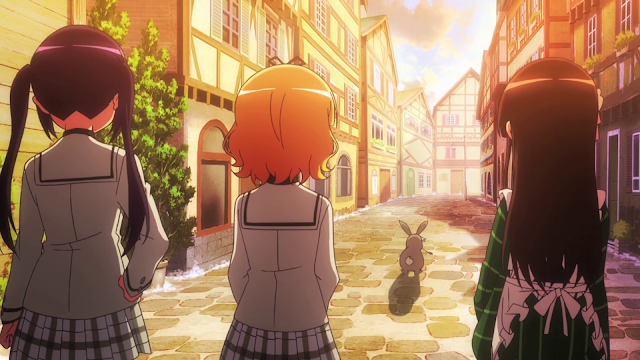 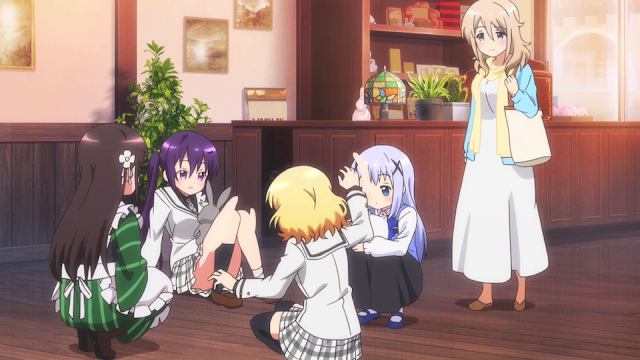 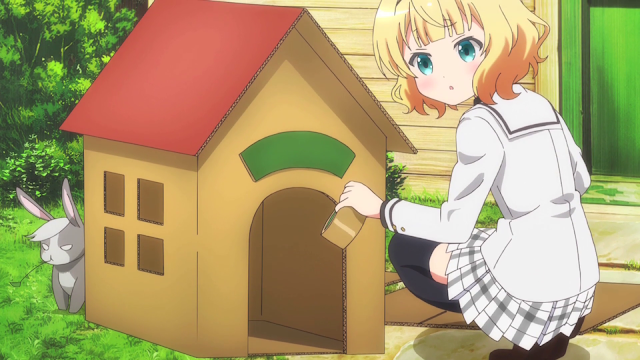 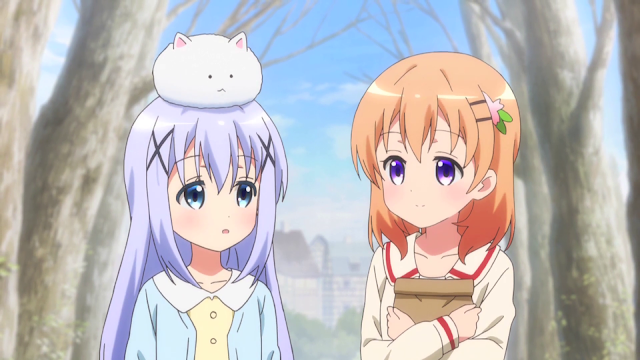 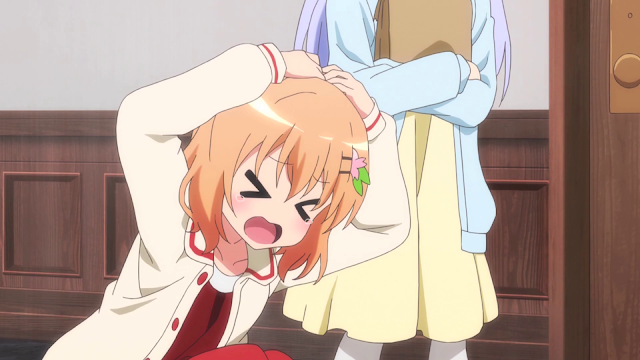 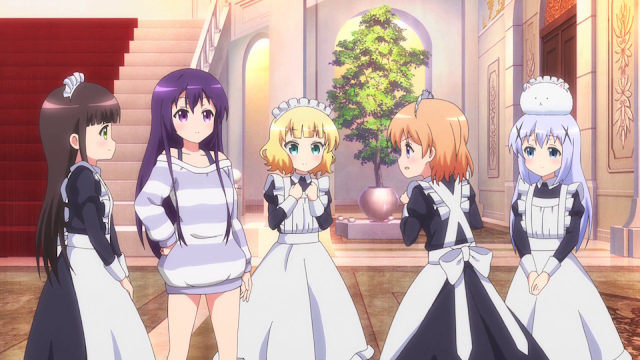 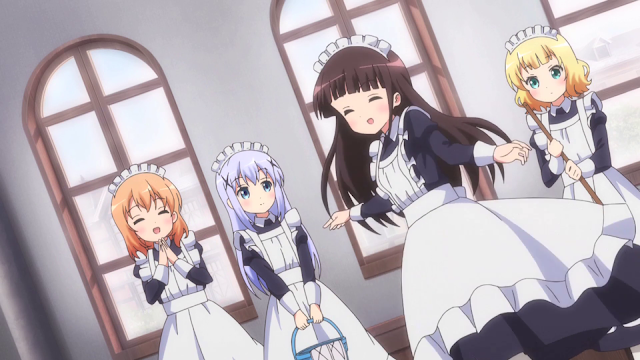 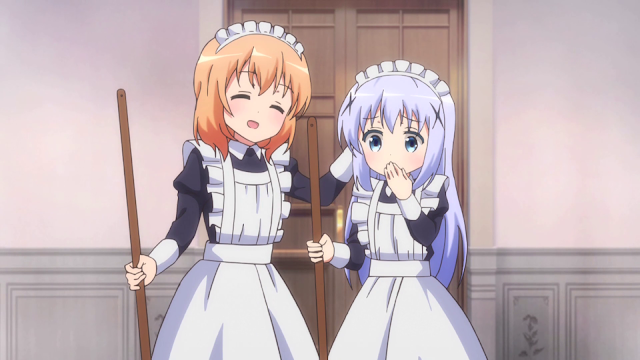 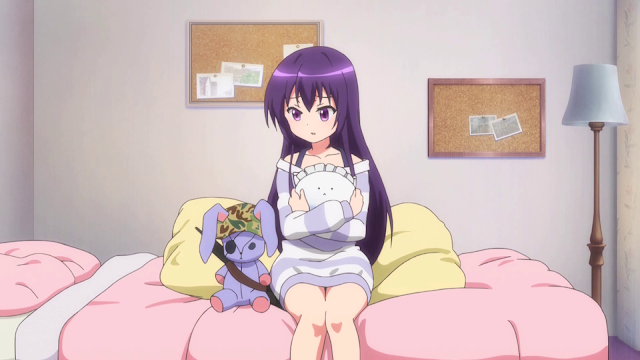 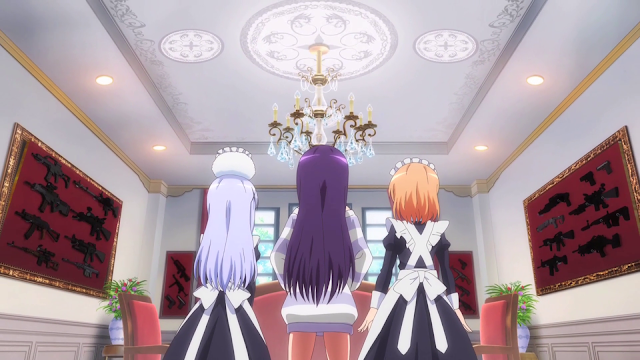 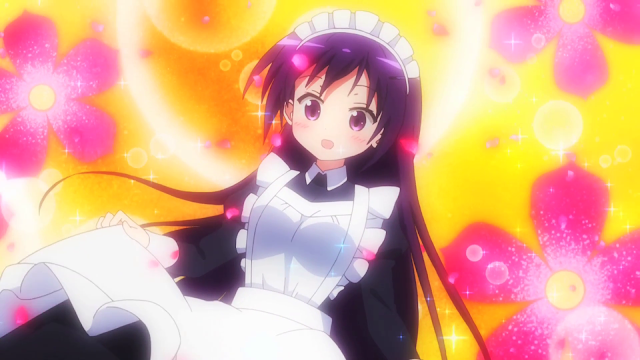 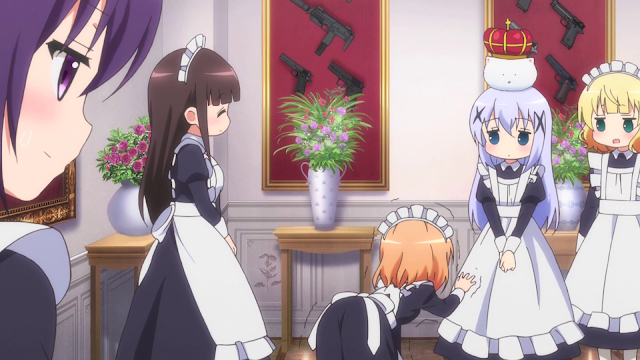 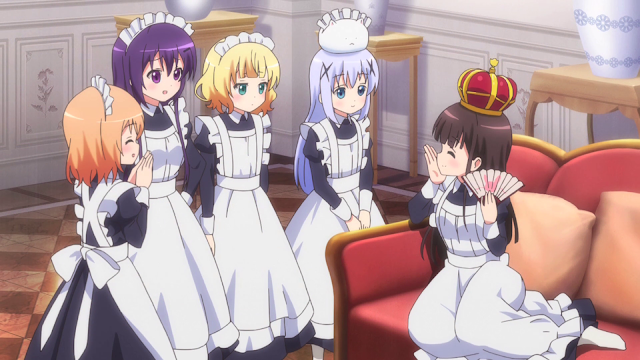 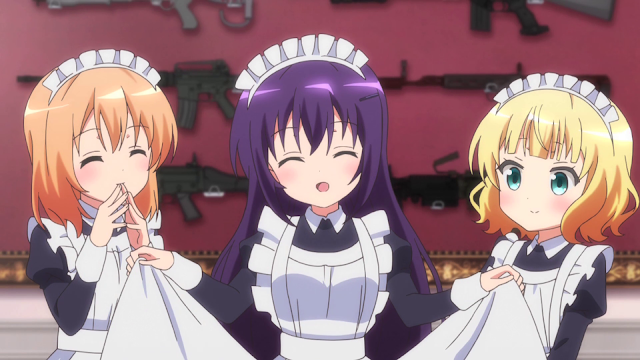 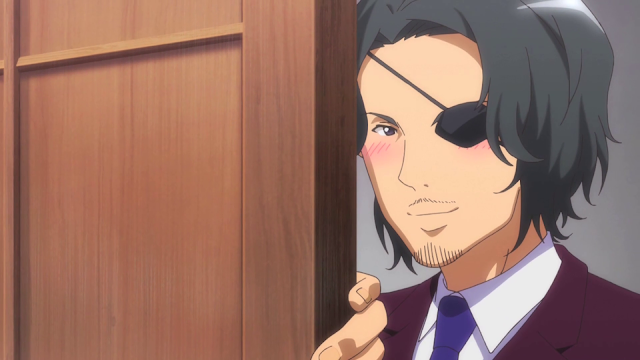 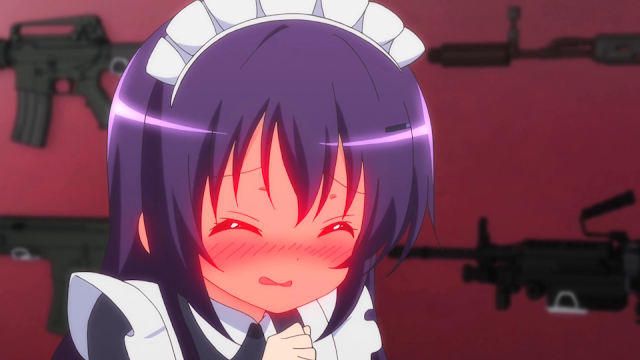 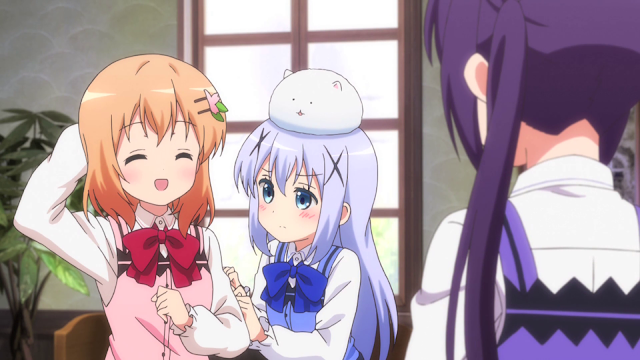 The second aspect deals with the series of speculations I’ve made for the second season of GochiUsa, using the manga as the basis. While I’ve not read the manga cover to cover, I did outline a sequence of events for a handful of episodes in an earlier post. It turns out I was totally right in that Cocoa and the others do wind up visiting Rize after the latter suffers from a sprained ankle. That’s one for the books, and if the sequence is still correct, the next episode will deal with Aoyama’s difficulties with her writing. The title, “The Legendary Twirl Dancing Duck Squad”, might hint at the sort of ideas that Aoyama eventually comes up with; thus, I predict that Mocha’s presence might be felt as early as episode four; a letter that Cocoa receives from her will wrought a remarkable change, and she’ll spend an episode acting contrary to her normal self. It’s not unreasonable for Mocha to formally appear at the episode’s end, and she’ll likely stick around for a fair portion of GochiUsa. Thus, Mocha’s arrival will doubtlessly be quite fun to watch, and this part will be greatly anticipated. I’ll return next week to do an after-three on GochiUsa, and from there on out, it will be a post every three episodes.