“There is a thin line that separates laughter and pain, comedy and tragedy, humor and hurt.” —Erma Bombeck

I do not believe that I’ve written about YuruYuri here for quite some time, so this post will presumably break that streak I held. YuruYuri Nachuyachumi! (from here on out, simply referred to as the YuruYuri OVAs) follow Akari and the others during their summer vacation, as they partake on a camping trip, water fights, tell ghost stories, and look over their vacation photos. Later, both the amusement club and student council have separate sleepovers, with the amusement club trying to capture a photo of Kyouko while she’s sleeping, and Sakurako working her hardest to express appreciation towards Ayano. This is something that I should have watched during the summer, but one thing led to another, and so here I am, three months late to the party. With that being said, the YuruYuri OVAs were remarkably entertaining to watch.

Some three years have passed since I last watched YuruYuri, and this may have an impact on my recollections of it; at present, I find that in comparison with YuruYuri and YuruYuri♪♪, the YuruYuri OVAs take on a more reflective tone. The jokes are dialled back in comparison to the TV series, and there appears to be a greater emphasis on the characters interacting with one another as friends, rather than polar opposites. Yui seems less exasperated at Kyouko’s antics, and Ayano’s bashfulness around Kyouko isn’t as pronounced. Chinatsu isn’t so prone towards concocting lethal meals or frightening artworks, and Akari’s presence is not so frequently neglected. Similarly, Chitose indulges in fewer fantasies, while the vitriol between Himawari and Sakurako as lessened. While this might initially lead to the sense that YuruYuri‘s strongest attribute, its humour, is less effectual, the OVAs manage to show the characters in a different light. In particular, Sakurako’s desire to properly express gratitude towards Sakurako shows that, despite her typically immature actions, she’s matured somewhat, and consequently, the YuruYuri OVAs are a refreshing, laid-back take on a series otherwise characterised by its over-the-top comedy, offering a very rewarding and relaxing take on the Amusement Club and Student Council’s activities over the course of their summer vacation. 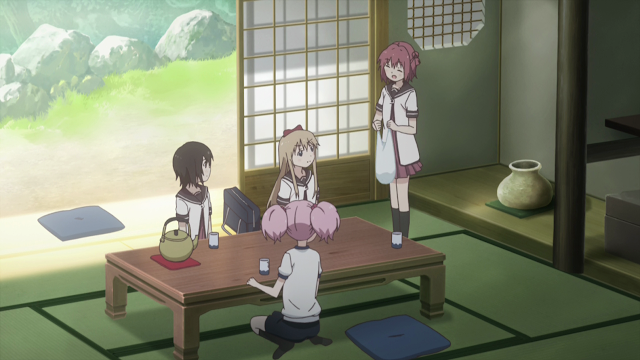 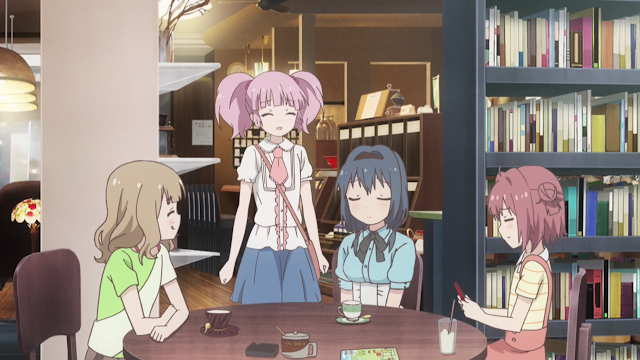 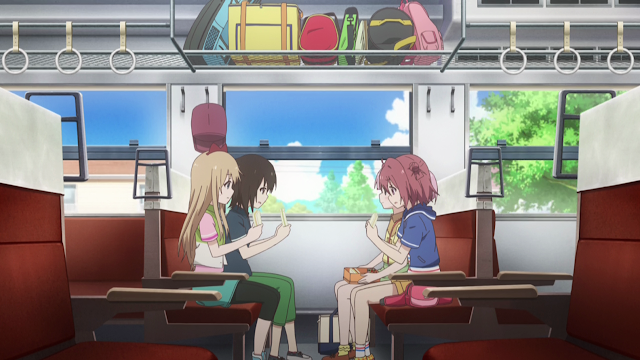 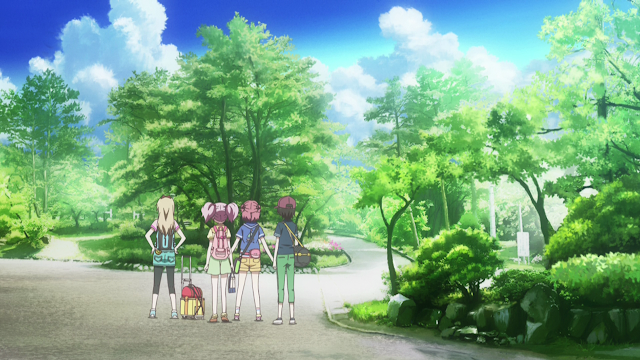 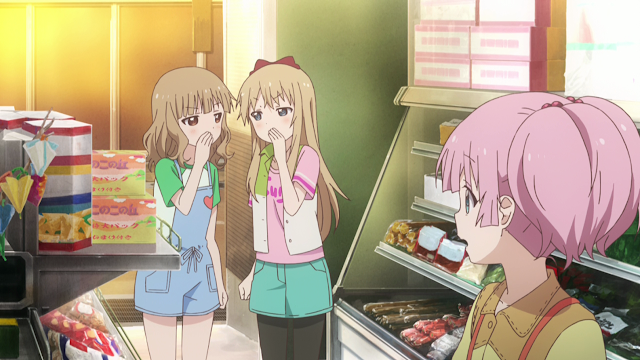 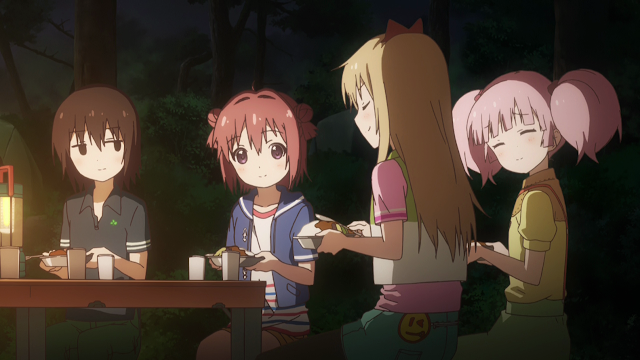 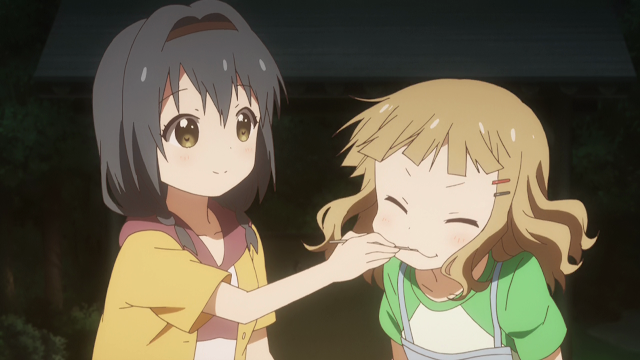 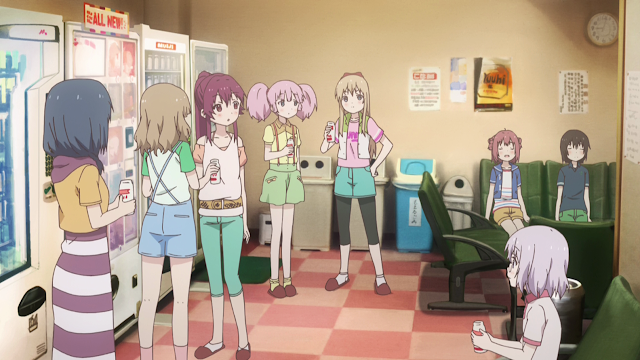 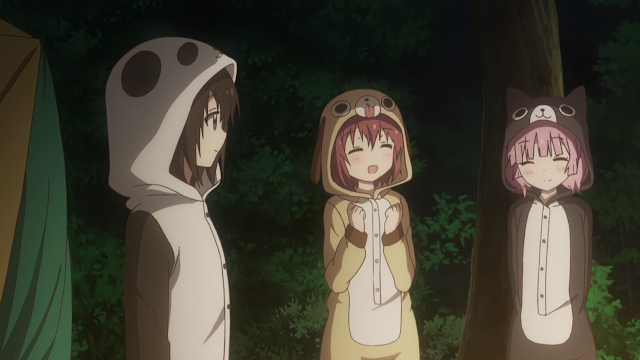 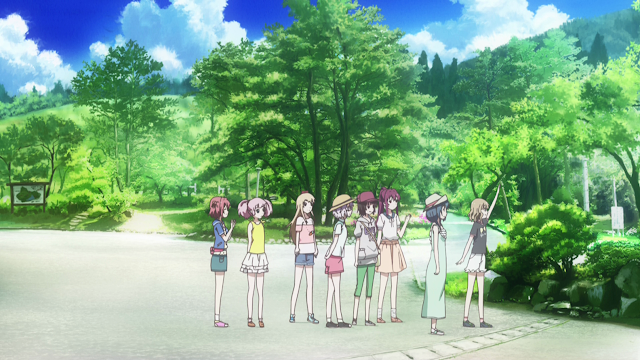 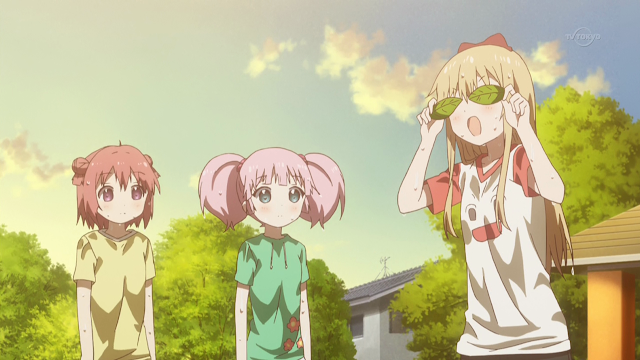 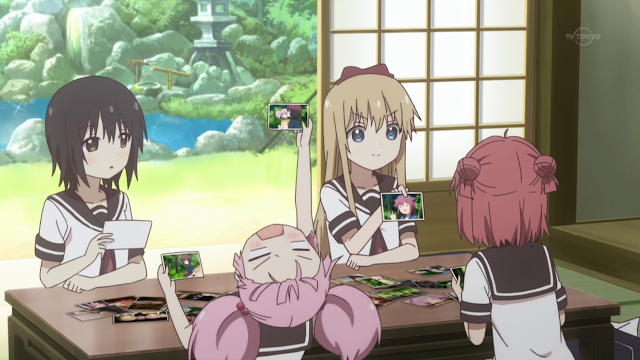 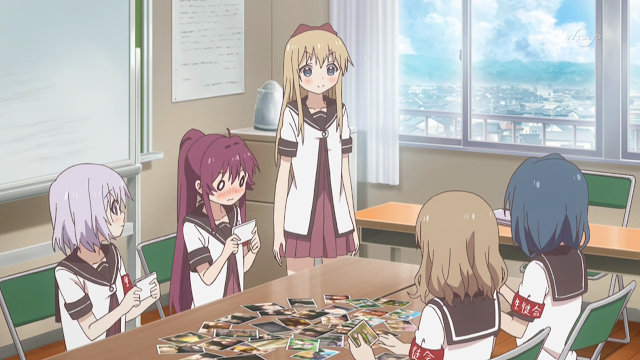 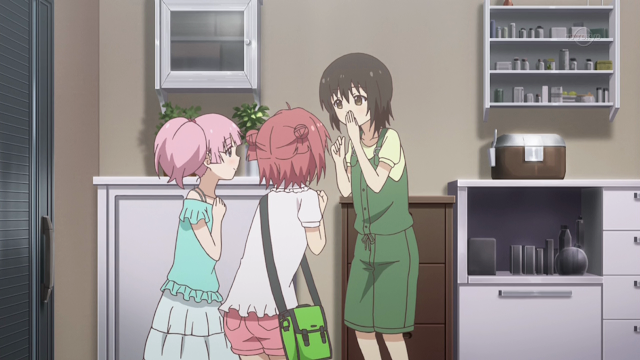 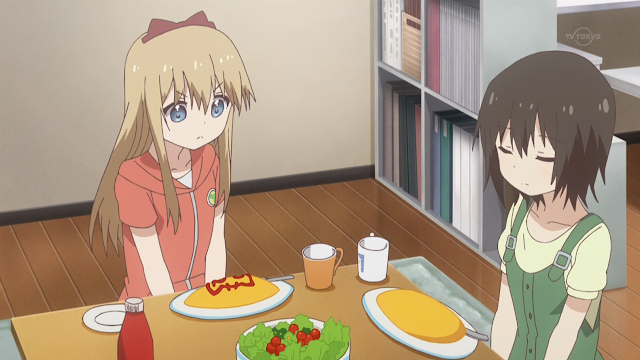 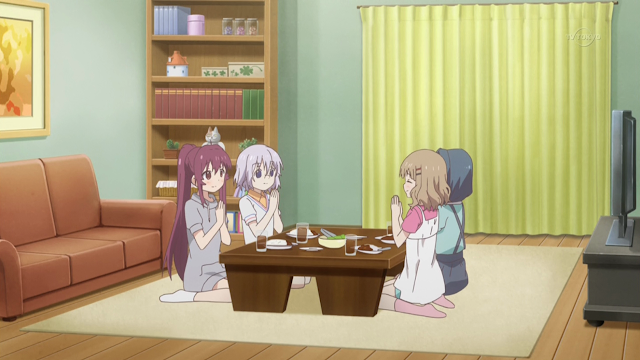 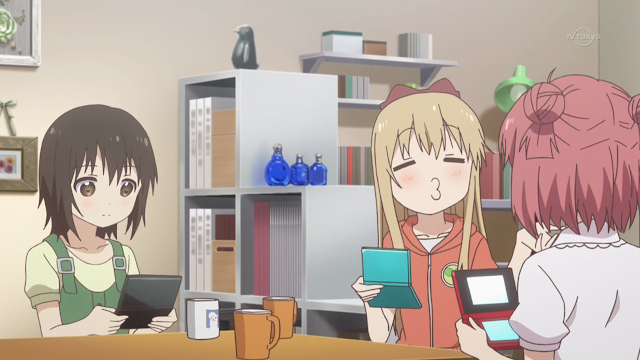 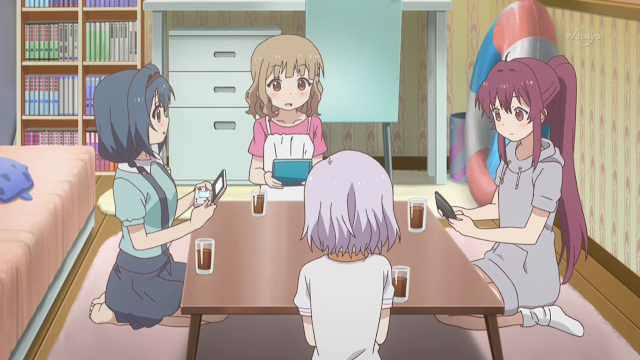 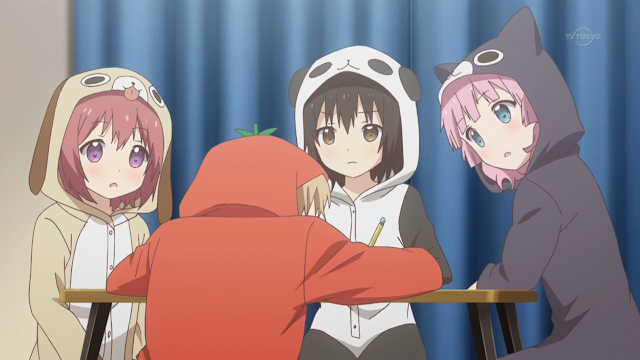 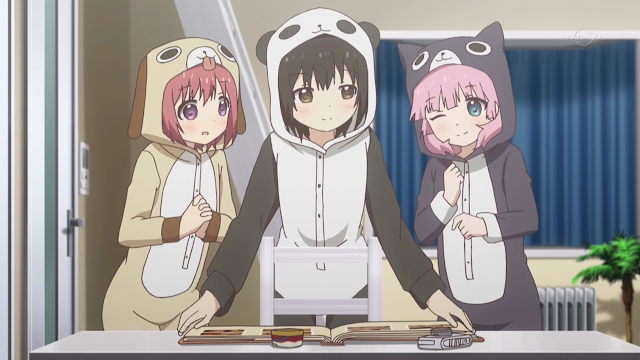 I’ve yet to actually watch YuruYuri San☆Hai!, as I had resolved to at least finish this post before beginning my journey. With three years having elapsed since I watched any YuruYuri, I’m quite curious to see what it’s going to be like: TYO Animations (of Tamayura fame) is manning the helm for this third season and did a fantastic job with the OVAs (the first two seasons were done by Dogakobo, who also did Love Lab). I’ve heard that compared to previous iterations, YuruYuri San☆Hai!‘s colour scheme is less saturated, but with that being said, I’ve managed to somehow avoid spoilers and discussions on the third season so far. I’m quite interested to see if YuruYuri San☆Hai! will feel distinctly different to the first two seasons, and I imagine that I’ll be following a conventional posting schedule for this one (so, one review after three episodes, and one for the entire season if the series hasn’t been dropped).