2 Comments Posted by infinitezenith on December 3, 2015

“There’s a few components to survival. The will to live is obviously one of the most important ones; the physical conditioning, what kind of state of health you’re in when you start survival, sometimes, just even dumb luck matters a lot, whether or not you’re going to survive. But one element I always add, is your kit; if you got something in your kit to help you, it can make a huge difference as to whether or not you survive.” —Les Stroud, Survivorman

Prima facie appearing to be about the Yuki Takeya’s quest for fun and adventures in her everyday life at school, Gakko Gurashi (School-Live!, IPA: “lɪv” rather than “laɪv”, denoting “living at school”) in fact depicts the lives of four students in the immediate aftermath of a major pandemic, as they struggle to survive and come to terms with the disaster that’s unfolded around them. With Kurumi Ebisuzawa, Yūri Wakasa and newcomer Miki Naoki keeping an eye on her, Yuki spends her days with the School Living Club, keeping everyone in good spirits. Though Miki is initially unaccommodating and cold towards Yuki, she learns the truth from Kurumi and Yūri: after their instructor, Megumi Sakura (affectionately known as “Megu-nee”) succumbed to infection, Yuki lost her hold on reality and crafted an idealised world for herself, imagining things to be normal and appearing to be unaware of the situation. As Miki gets to know the members of the School Living Club better, this distance narrows, and together with the others, they discover the truth about their high school’s involvement in a government WMD project. For the artwork and initial tone, Gakko Gurashi is remarkably dark: in fact, this anime shares quite a bit of similarities with Puella Magi Madoka Magica with respect to the tone. Themes about mental health, survival, regret and promises are explored with each character: Yuki is grappling with the truth of her reality, Miki regrets the rift that led her and Kei to part ways and is initially unaccepting of Yuki, Kurumi struggles with the knowledge that she’s killed numerous of her old classmates following the outbreak, including her own crush, and despite doing her best to hold everyone together, Yūri suffers from her own doubts. In spite of all these issues (enough to require the DSM-V to properly explain), the girls nonetheless find ways to survive, day-by-day.

At its core, Gakko Gurashi is predominantly about the significance of togetherness in a survival situation. That Kurumi and Yūri continue to accommodate Yuki’s situation to keep her happy ensures one fewer difficulty to keep track of, allowing the others to scavenge for supplies and maintain their school’s defenses. When Miki joins the School Living Club, she is exasperated at Yuki’s machinations, but as they spend more time together, she comes to understand what led to Yuki’s condition. Later, when their school’s power supply is damaged during an electrical storm, the girls decide to move to a better location. These are survival topics that were explored in Les Stroud’s Survivorman: while the setting might be different, the techniques still apply. Stroud continuously mentions the importance of keeping calm and collected to ensure rational decision making, and to act such that one minimises their problems (in other words, sacrificing local optima for global optima), reflected in the girls’ acceptance of Yuki’s condition. Similarly, the girls’ decision to move to a different area is a gamble between risk and reward; Stroud calls this “proactive survival”, where one moves on to better areas to improve their odds of survival. While I doubt that Gakko Gurashi‘s author, Norimitsu Kaihō, watches Survivorman, that he’s able to have his characters follow reasonable survival decisions (for the most part) is an indicator that thought has gone into writing the manga (which is largely reflected in the anime), and in creating characters whose actions are consistent with those expected from pandemic survivors, Gakko Gurashi is remarkably effective at evoking emotional response from the viewers as they gradually learn more about what’s happening. 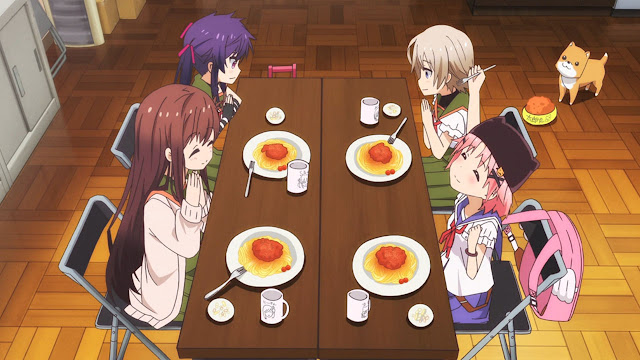 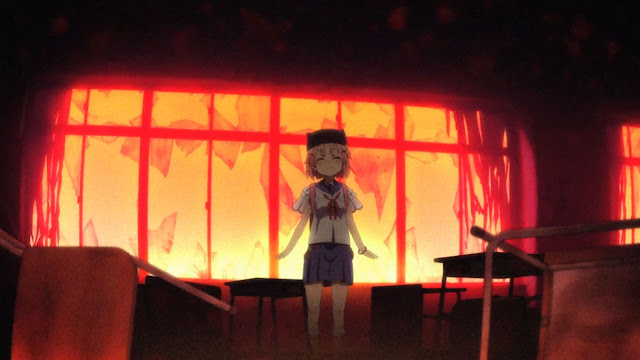 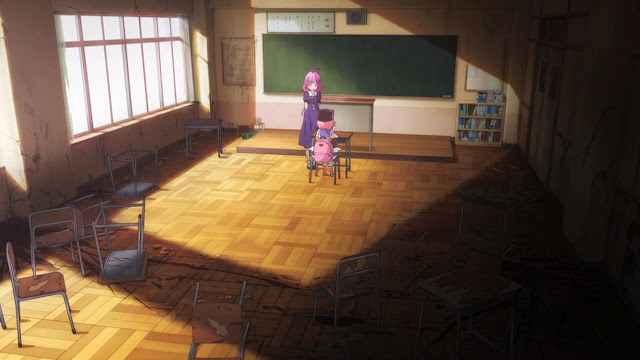 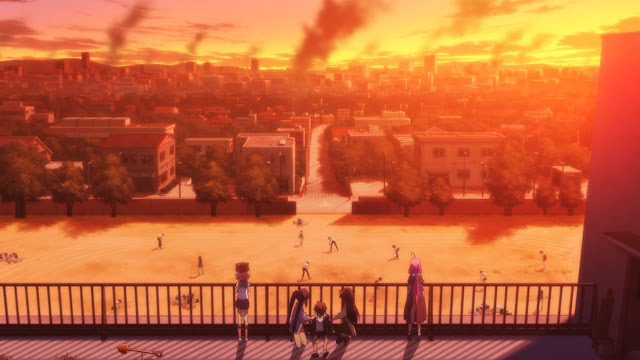 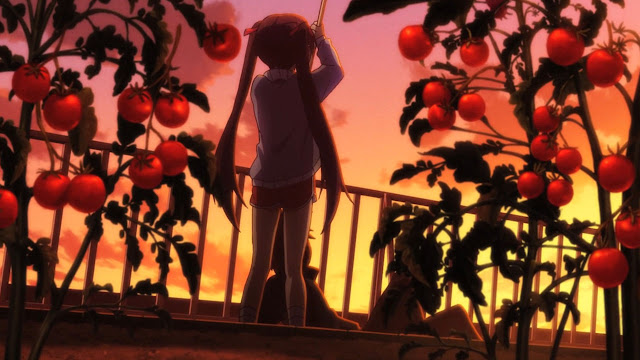 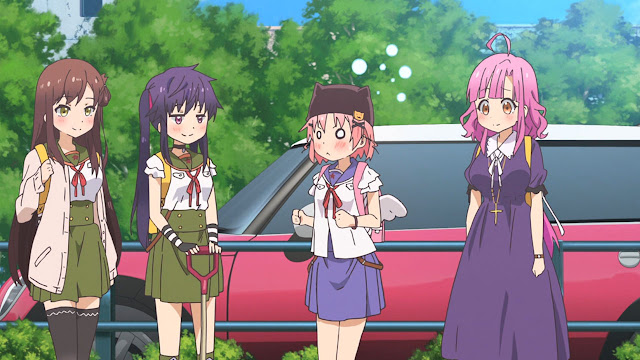 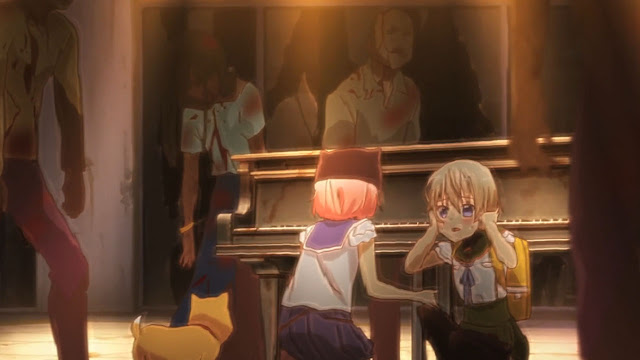 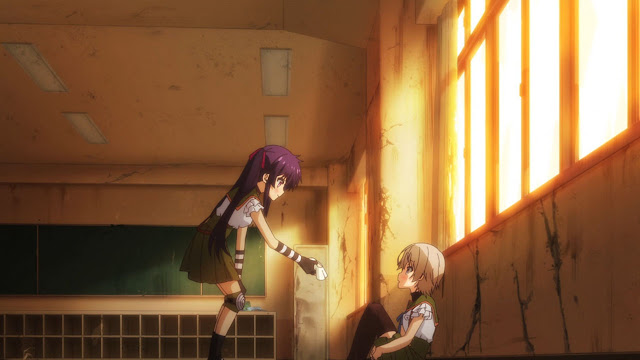 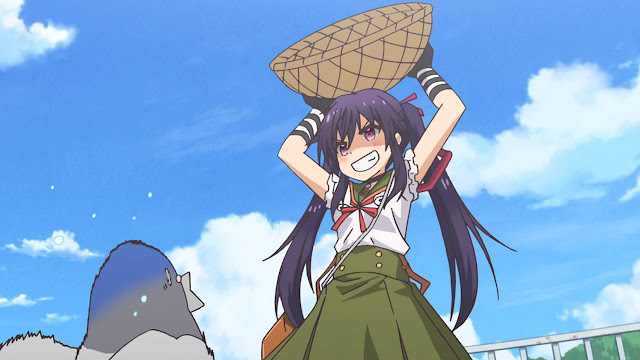 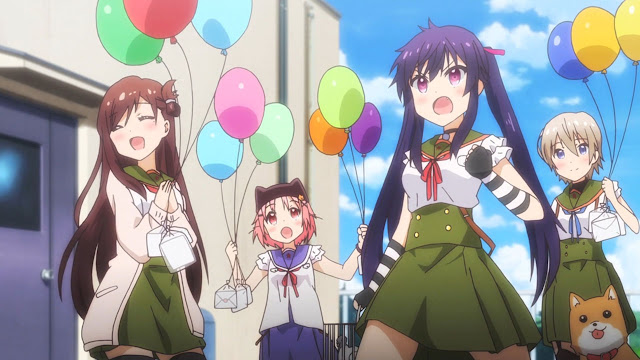 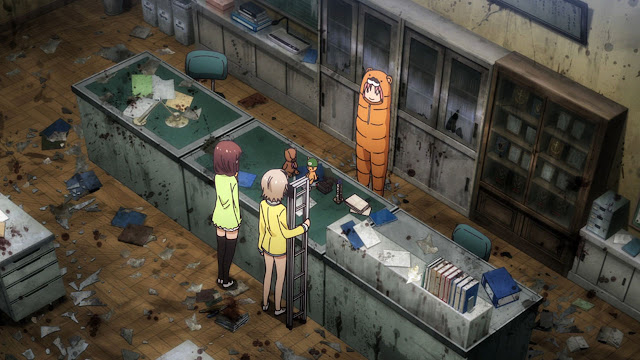 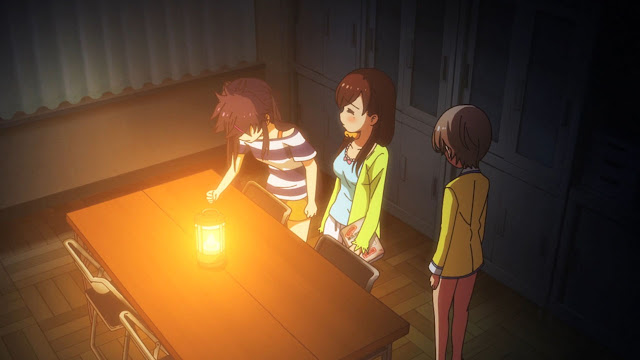 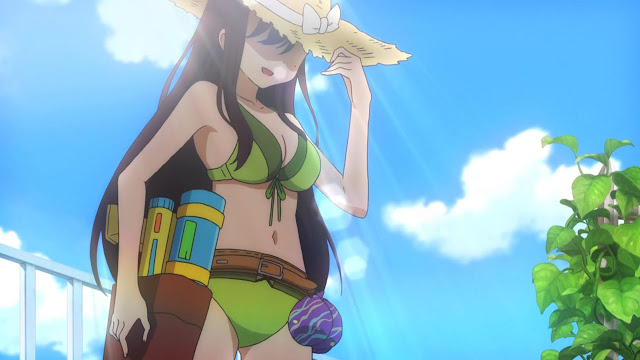 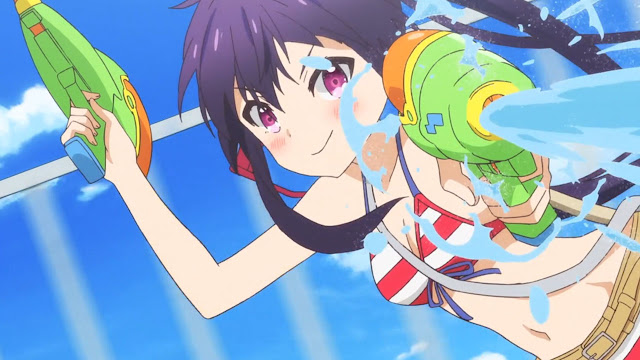 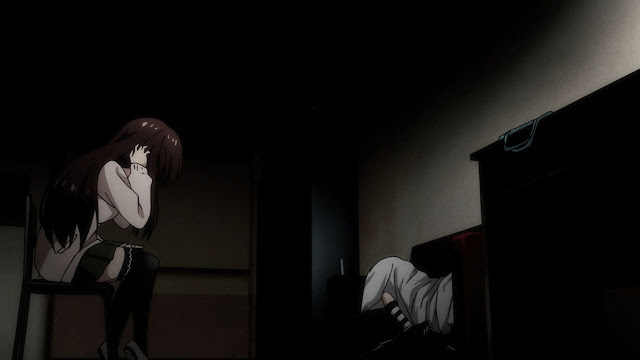 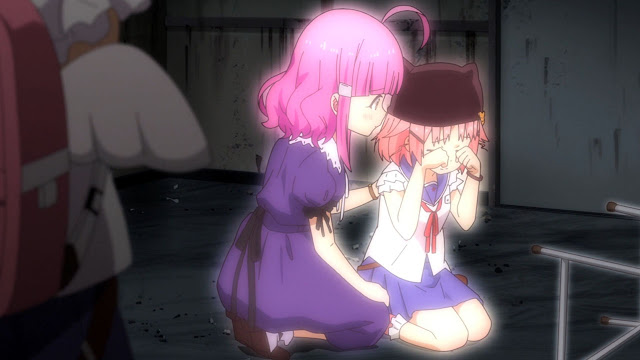 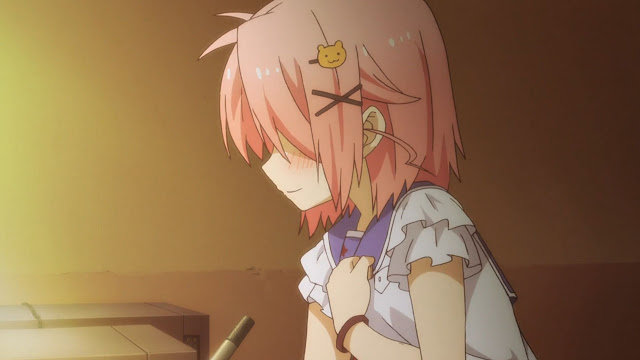 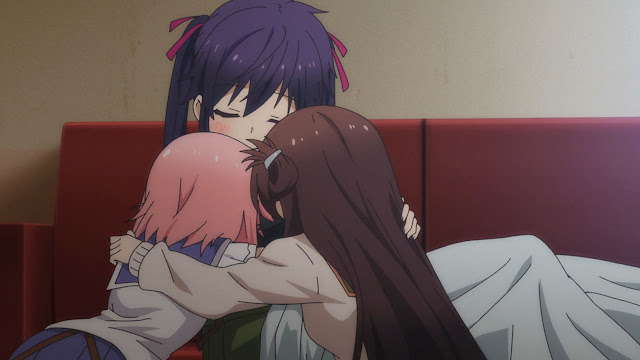 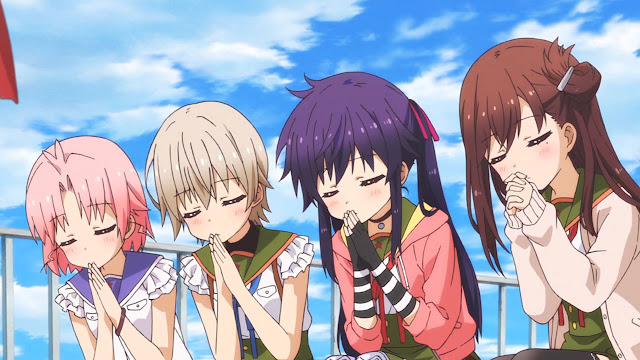 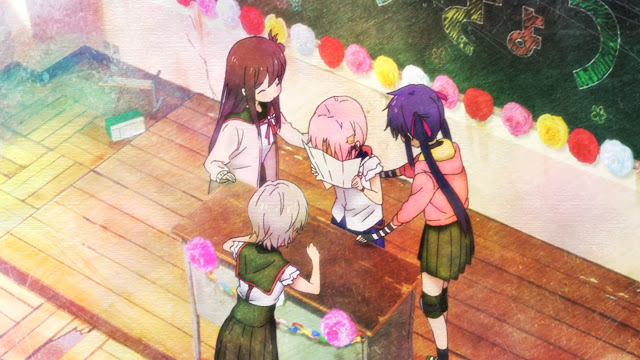 Another theme that’s present in Gakko Gurashi is the notion of what is reality: Yuki’s trauma results in her rejecting reality, and the other characters sometimes comment that their entire situation feels surreal. To exacerbate things, viewers are not initially given the full picture: this is especially apparent with Megu-nee, whose limited presence is viewed as a running-joke until the truth is revealed. In choosing to represent some things rather than others, Gakko Gurashi aims to capture the confusion that Yuki is experiencing and convey it to the audience. By the end, though, Yuki is able to come to terms with Megu-nee’s passing and accepts her reality when an epiphany leads her to understand what her role in the group is. While the anime has been said to take some creative liberties when compared to the manga’s resolution for things like how Yuki recovers (apparently, it’s explored in more detail and therefore, is more plausible in the manga), overall, Gakko Gurashi proved to be quite moving and provocative with its depiction of life in the aftermath of a pandemic. Like Puella Magi Madoka Magica, Gakko Gurashi creates scenarios that push the characters’ mental health to their limits, but rather than yielding to Nihilism, the anime presents a more optimistic ending, as the girls employ proactive survival to see where it will take them. So, Gakko Gurashi is something that can be recommended for all zombie-apocalypse fans, as well as those looking for an interesting take-down of the rose-coloured anime about high-school life that nonetheless concludes on an optimistic footing. Given the manga is ongoing, a second season is a possibility, although given the resolution seen in the anime, I imagine that Gakko Gurashi‘s animated incarnation has reached a satisfactory stopping point and therefore, a continuation may not be necessary. With this in mind, if there is a continuation, I will almost certainly be watching it.