The Furball Launches a Suicide Attack and a Cruel Button is Fired: Gochuumon wa Usagi Desu Ka?? Impressions and Review at the ¾ Mark

2 Comments Posted by infinitezenith on December 5, 2015

“The ultimate victory in competition is derived from the inner satisfaction of knowing that you have done your best and that you have gotten the most out of what you had to give.” — Howard Cosel

With the ninth episode, we’ve reached the three-quarters milestone on GochiUsa. The episode’s title suggests something a bit darker than what one might be expecting, but the end result is unsurprisingly fluffy and entertaining: after learning about the rivalry between Rabbit House and Ama Usa An, Chino falls into melancholy, so Cocoa and Rize take the initiative to learn what really happened. They stumble across an old menu and learn that there was a collaboration between the two cafés long ago, resulting in the creation of new menu items (such as the coffee anmitsu and coffee youkan) that hybridised Western and Japanese styles. While attempting to figure out Rabbit House’s menu, Sharo inadvertently causes Chiya to create ever-fanciful names for Ama Usa An’s menu to keep ahead. The episode’s title stems from Tippy’s determination to storm Ama Usa An, although this is resolved peacefully, with Chino and Chiya resolving to run their respective cafés to the best of their ability. Later, Chino takes up a temporary job at Ama Usa An as part of her middle school’s curriculum, and Chiya is overjoyed to be working with someone. Acting on Chino’s suggestion, she tries to convince Sharo to join, but winds up trying Fleur Lupin’s uniform and displacing a button when it turns out the size was inappropriate, much to Sharo’s envy.

Rivalries amongst businesses form the bulk of the discussion for this episode, which ultimately returns to a recurring theme in GochiUsa. I’m no entrepreneur, but I nonetheless recognise the significance of competition; this competition eventually drives progress, as companies and businesses strive to offer new and improved products and services to differentiate themselves from the rest. This forms the basis for capitalism: market forces drive businesses to improve their craft to fulfill the customer’s expectations, and the trend should move towards superior products and services. This is an idealised abstraction of capitalism, but sufficient for GochiUsa shows that the rivalry between Rabbit House and Ama Usa An is really quite trivial: individuals desiring Western-style beverages and refreshments will find it at Rabbit House, while Japanese-style beverages and refreshments is Ama Usa An’s speciality. Both cafés have their own unique points, and so, while they might be competitors, their rivalry is ultimately one that is (relatively) cordial, rather than anything serious; Chino and Chiya’s concerns about it being more serious are a bit of an overestimation, feeling that it is their duty to rectify things. However, it turns out that they did not have the full story, and so, the resolution was rather simple. In the process, the girls have yet another adventure within their town: GochiUsa continues to excel at depicting seemingly complex problems as ultimately having a relatively straightforward answer, and moreover, the right individual in the right place (in this case, Cocoa) can settle disputes spanning years. 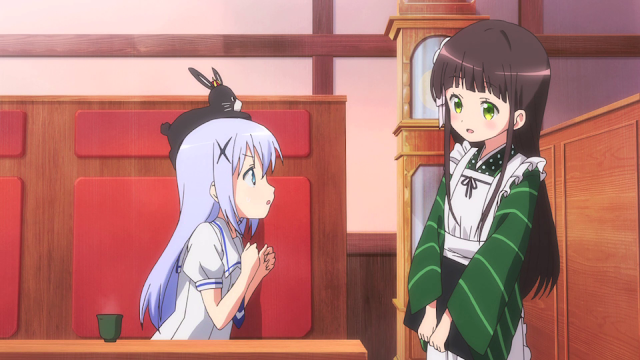 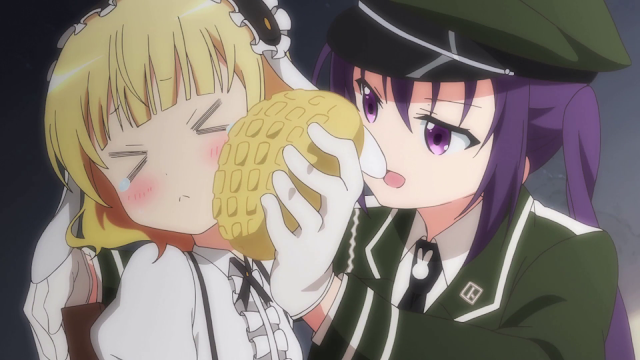 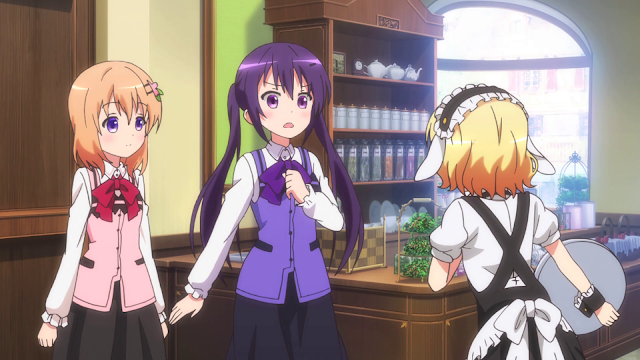 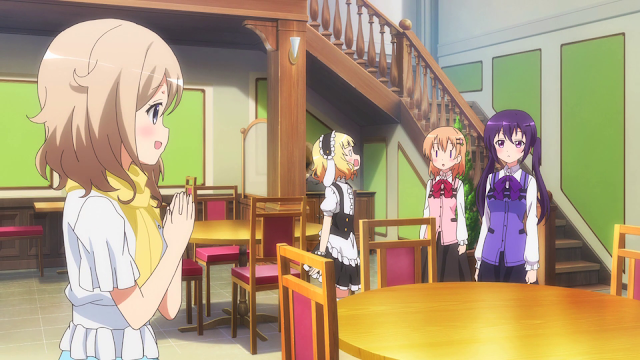 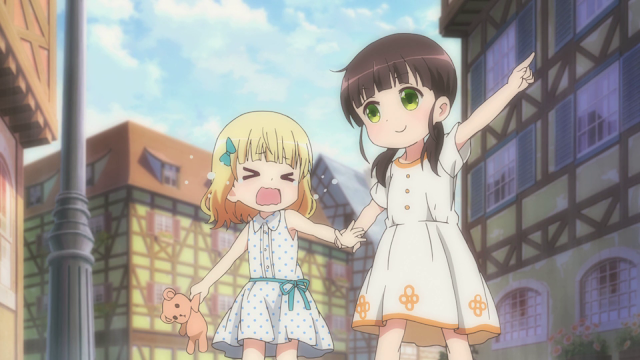 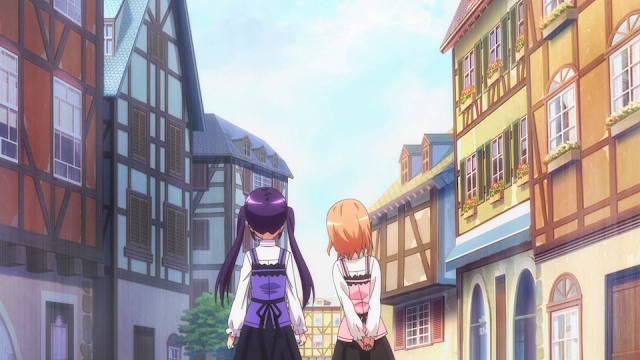 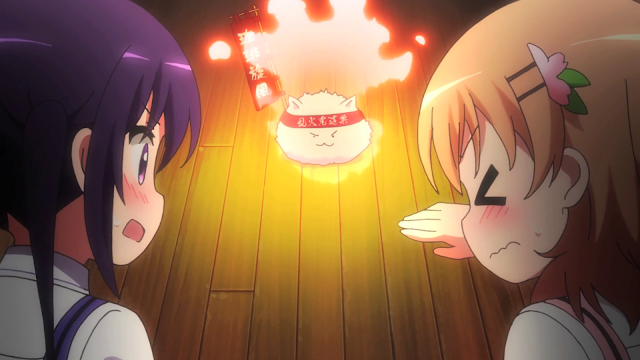 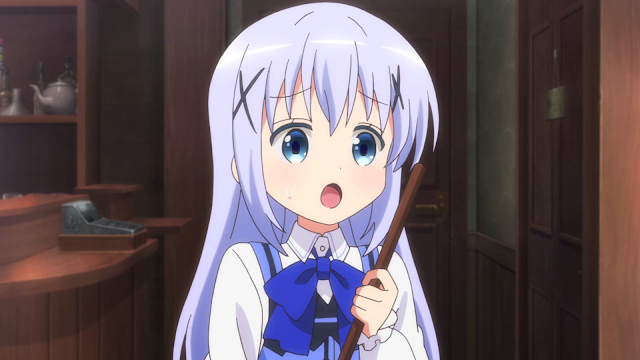 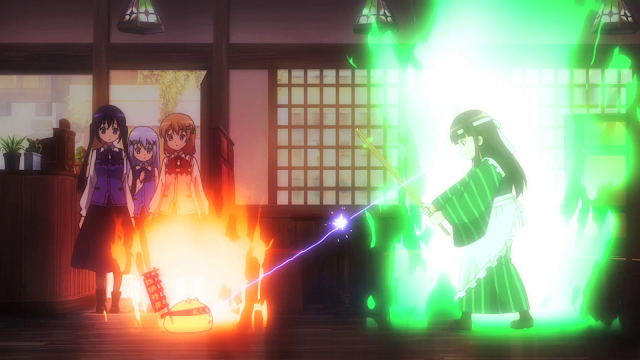 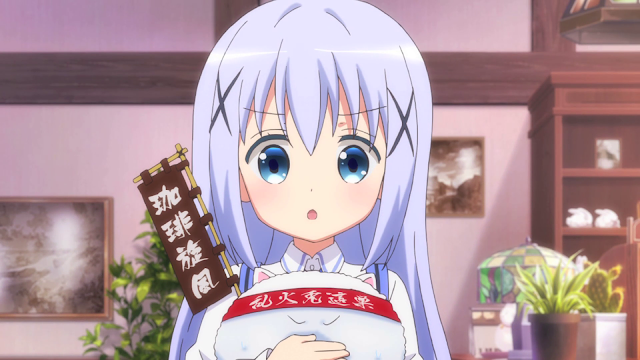 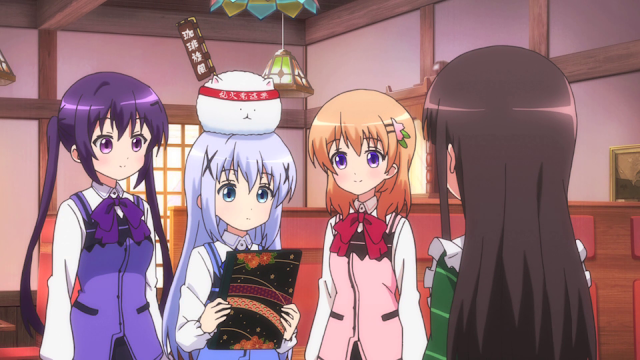 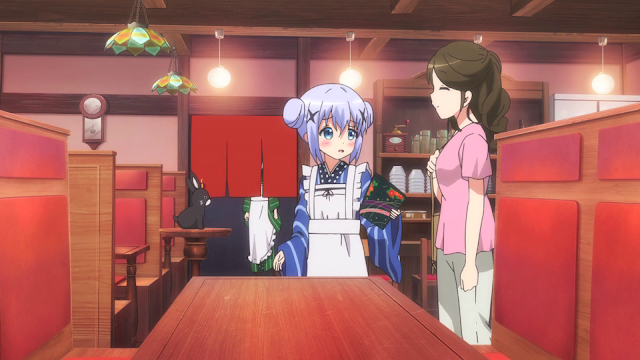 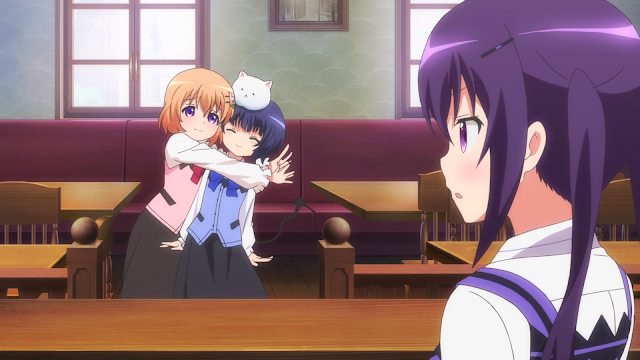 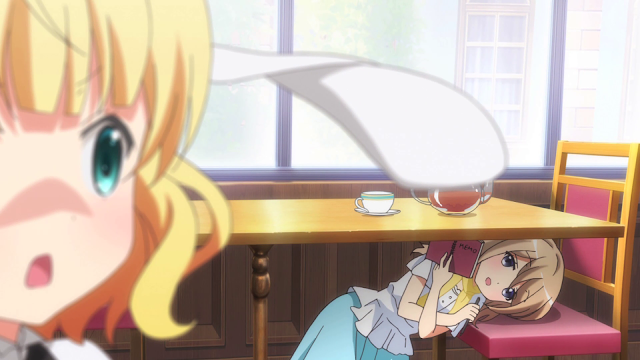 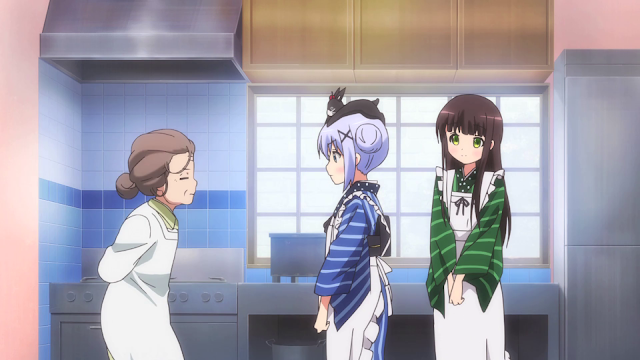 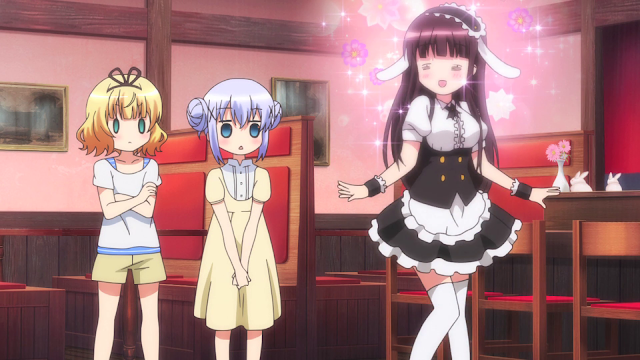 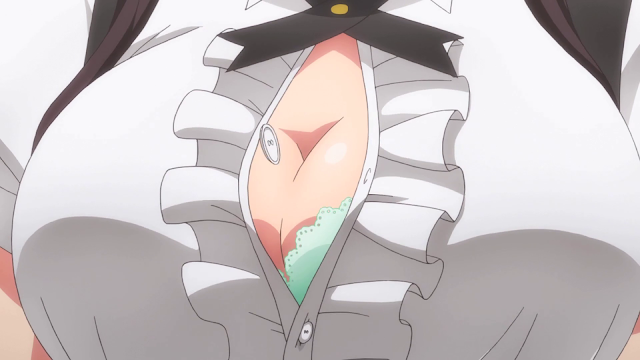 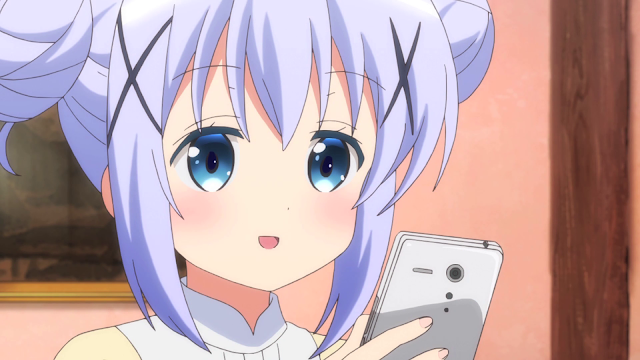 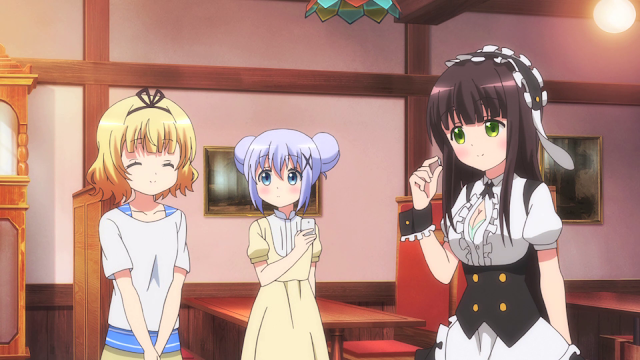 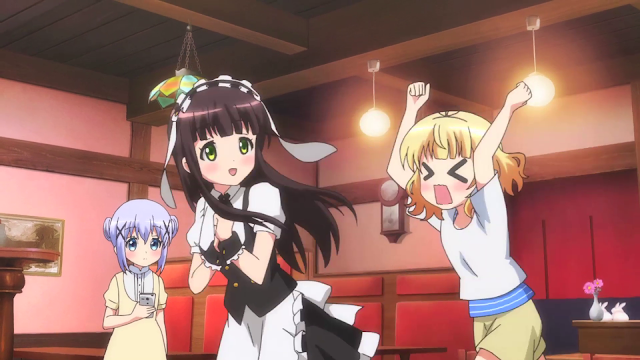 We’re now moving into GochiUsa’s final quarter, and with three episodes left before this excellent season comes to an end, I’m honestly impressed that GochiUsa has consistently found ways to keep things refreshing each and every episode in making use of different character combinations, allowing them to interact with one another without the other characters’ influences. Thus, while the setting’s remained constant, it’s the characters that really breathe life to the town, illustrating that the place is less relevant than the characters’ experiences. The town’s unique setting allowed season one to give a new take on familiar characters and jokes, and capitalising on well-established characters, the second season successfully creates new dynamics amongst the characters to bring them into the spotlight, even though only one new character has been introduced. If this continues to hold, the final three episodes will continue to offer top-tier comedy set in a idyllic town hailing back to a more peaceful age, so I’m definitely looking forward to what next week’s episode entails, even if the title offers very little insight as to what will actually go down. On that note, next week’s review is going to be delayed somewhat: I was invited for luncheon with lab members at my supervisor’s residence, which means driving out to Canmore. I’m hoping that the weather remains nice, as that will make the drive rather more pleasant, and will aim to get a review out on Sunday.

2 responses to “The Furball Launches a Suicide Attack and a Cruel Button is Fired: Gochuumon wa Usagi Desu Ka?? Impressions and Review at the ¾ Mark”