Pavane for Nagato Yuki: Remarks on the musical score in The Disappearance of Nagato Yuki-chan

12 Comments Posted by infinitezenith on December 18, 2015

“We should always remember that sensitiveness and emotion constitute the real content of a work of art.” — Maurice Ravel

Composed by Maurice Ravel in 1899 and published in 1900, Pavane for a Dead Princess is a widely-known impressionist piece for its simple, yet moving attributes that drew inspiration from the Renaissance Pavane, a form of slow dance that became popular in the 16th century. Despite its curious title, Ravel stated that, rather than any sort of dead princess, the title was merely for show, and that the song was intended to evoke imagery of and nostalgia for Spanish customs. In other words, it would be the sort of song that a young princess might dance to. Ravel disliked the song for sounding unimaginative, but the song quickly picked up in popularity, and an orchestral version was performed in 1911: the inclusion of horns led audiences to find immense beauty in the song’s simplicity. Pavane for a Dead Princess is used as Yuki’s main theme in The Disappearance of Nagato Yuki-chan for several reasons. Viewers familiar with music would have picked it up when the first of the anime’s trailers began playing, but there has not been a satisfactory explanation as to why the decision was made to choose Pavane for a Dead Princess as Yuki’s main motif. In choosing Pavane for a Dead Princess to act as Yuki’s theme, Jun’ichi Wada and Tatsuya Kato craft a very specific atmosphere in The Disappearance of Nagato Yuki-chan to characterise Yuki, as well as her relationships with Kyon and the others around her. Music lends substantial meaning to scenes, expressing emotions that cannot be readily illustrated through dialogue, and consequently, using Pavane for a Dead Princess entails using the emotions conveyed in the song to emphasise a particular atmosphere in the anime. 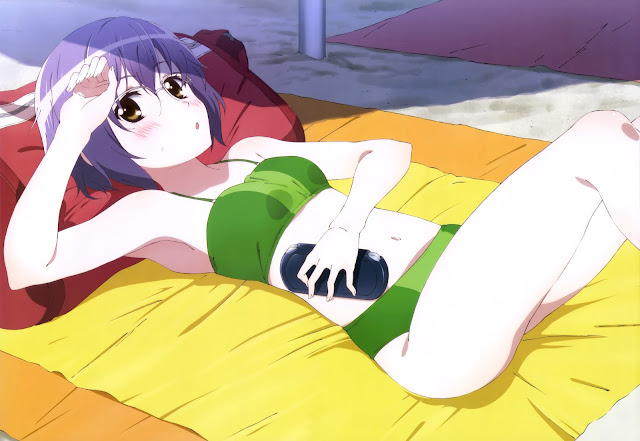 Ravel lamented that performers played through Pavane for a Dead Princess much too slowly, suggesting that the song is supposed to be more nostalgic than saddening. The variant heard in The Disappearance of Nagato Yuki-chan, then, depicts Yuki as someone who’s not inclined to rush, who does things at her own pace. As the first episode begins, under the pink light of the evening sun, Yuki has dozed off when Ryouko comes to wake her for their literature club meeting. She’s very shy and hesitant around Kyon; this is mirrored in the song, which initially begins with two hand-horns in G and sounds as though the waters are being tested. As Pavane for a Dead Princess continues, flutes and oboes join in, and after the main theme is reiterated, strings and harps begin playing, as well. The song gradually transitions from pianissimo to fortissimo, becoming bolder and having a richer sound, but the tempo remains quite consistent throughout Pavane for a Dead Princess: though it is subtly forceful in parts, the song never becomes abrupt. This is mirrored in The Disappearance of Nagato Yuki-chan: Yuki, though becoming increasingly forward in expressing her feelings for Kyon, becomes bolder, but she never pushes things too aggressively or demandingly, preferring to do things at her own pace. Consequently, Pavane for a Dead Princess is intended to illustrate the different facets of Yuki’s state of mind concerning Kyon: she’s filled with a sense of longing and wistfulness, and although over time, she becomes more comfortable with expressing these feelings, she does so slowly. So, The Disappearance of Nagato Yuki-chan is intended to be depict a love story that progresses one step at a time, in spite of the spirited intervention from Yuki and Kyon’s friends. 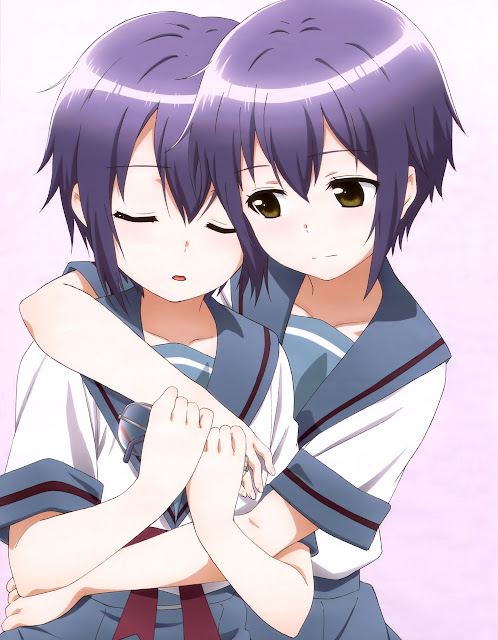 There are, of course, other songs in The Disappearance of Nagato Yuki-chan that merit discussion: the soundtrack has been included on each volume of the Blu-Ray Disks, each of which cost 6980 yen (75.73 CAD). I’ve got the track listings (plus their English translations for the songs) for the soundtracks for each volume up to and including volume five: each of the soundtracks consists of an assortment of instrumental background pieces used in the anime itself, as well as a pair of drama songs. 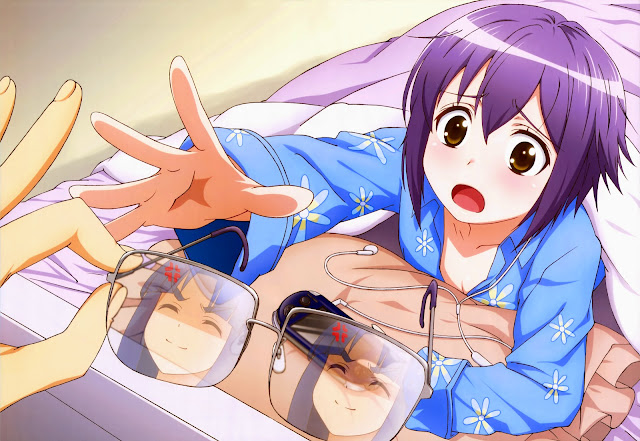 In general, the best pieces are those with a slow orchestral component; they tie in with the more emotional moments as Yuki and Kyon struggle to properly express their feelings for one another (or look within for the means and courage to do so). There are lighter songs with a faster tempo used for comedic moments within the anime, and some variants of the songs from The Melancholy of Suzumiya Haruhi do make a return. Together, they add a reasonable amount diversity to the soundtrack to augment the different scenes within the anime. Curiously enough, I predicted that The Disappearance of Nagato Yuki-chan would necessitate such a soundtrack, given that the manga exuded the very sense of nostalgia and wistfulness that is captured by Pavane for a Dead Princess, and this proved to be appropriate given The Disappearance of Nagato Yuki-chan’s intended direction, enhancing the emotional tenor of all the moments to bring to life each chapter in the manga. The soundtrack’s remained quite inaccessible for the present, although those who stray off the beaten trail in search for an opportunity to listen will not find themselves disappointed. At present, three more volumes of the soundtrack await release, and I will return at some point in the near future to provide the translations for those songs, as well.

12 responses to “Pavane for Nagato Yuki: Remarks on the musical score in The Disappearance of Nagato Yuki-chan”