“By going to a preview, a director becomes insidiously infected by the process, so by the end of it, you’re thinking, ‘It may be a bit too long.'” —Ridley Scott

Through a bit of sorcery, I’ve had the opportunity to check out the first nine-and-a-half minutes to Girls und Panzer Der Film‘s first battle, which depicts a joint exercise with Chi Ha-tan and Ooarai on one force, and St. Gloriana and Pravda on the other. Miho’s group has cornered four of St. Gloriana’s tanks in a sandtrap at Ooarai Golf Course, but rash decisions from Chi Ha-tan’s commander to rush the St. Gloriana armour leads to a fair number of their forces becoming immobolised. Up on the hill, Ooarai’s remaining forces are serving to hold off the numerically superior Pravda forces, but are forced to retreat. Miho organises a regrouping of her remaining forces and sends them into the city, where Miho organises the remaining armour into positions for bombarding the enemy force, dispatching several tanks in the process. However, despite being slowed down by the Public Morals Committee’s antics, St. Gloriana’s remaining fast armour soon arrives. The preview ends here, and all of the screenshots I subsequently have resemble the screenshots from my Battlefield: Hardline and Star Wars: Battlefront posts, with a logo indicating a beta of sorts. This short preview is from the complete movie, rather than a work-in-progress, and so, though I might be tempted to call this preview a beta, the definition simply won’t fit. Right out of the gates, the preview for Girls und Panzer Der Film drops viewers straight into the heat of things in a OPFOR-BLUFOR exercise between different schools; the movie does not open in this manner, and this preview is intended to represent the first eight minutes of the first battle within the film. This first battle immediately evokes memories of the sort of things that made the TV series memorable, with the different characters interacting with one another amidst the chaos of a match, tank fire and camera angles illustrating the various aspects in detail. So, the main question that remains to be answered is: does the preview excite audiences about the remaining 110-or-so minutes of the movie?

The answer is a resounding “yes”; despite some rather vocal complaints about how the first battle’s “a very weak lead-in to the story” on the basis that “specific teams [are shafted]…[causing] resentment”. Having seen the preview for myself now, I can say that no such thing occurs: the different teams participating are behaving as one might reasonably expect high school students to behave. While their decisions and performance might come across as a bit underwhelming considering they’ve had a bit of time to practise (or maybe even acquire new equipment and armour), ultimately, the technical aspects in Girls und Panzer simply aren’t as relevant as the character interactions and the message said interactions aims to convey. So, while the first battle isn’t a powerhouse performance that some might expect, I find that it adequately sets the table for the remainder of Girls und Panzer Der Film. It was quite pleasant to see old and new characters alike engage in Panzerfahren; though the setting might be different, the emotional tenour and excitement of a Panzerfahren match seen in Girls und Panzer Der Film has not diminished since the TV series finished airing during 2013. Granted, this first battle did not elevate my heart rate anywhere to the same extent as the final battle between Black Forest and Ooarai, but it does set the table for what one can expect later in the movie, and consequently, I find that, while this preview is most certainly not a representation of the movie as a whole, it does build anticipation for the movie, once it does come out. 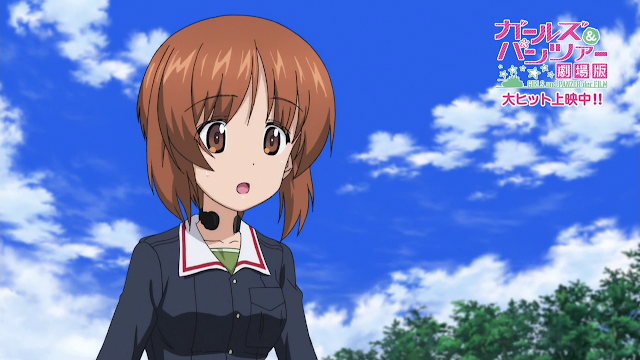 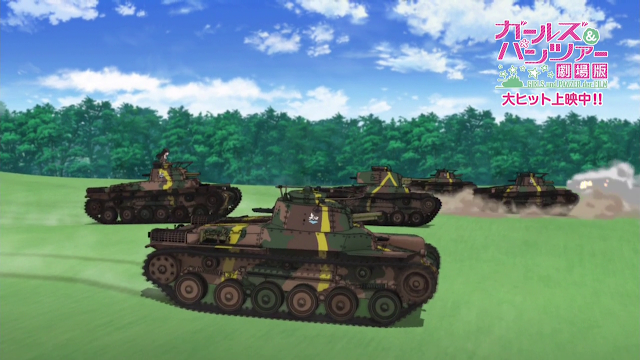 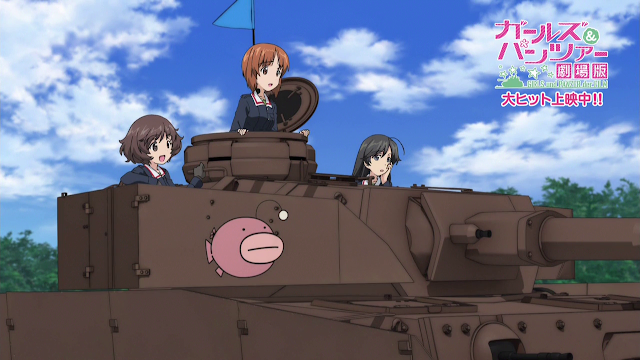 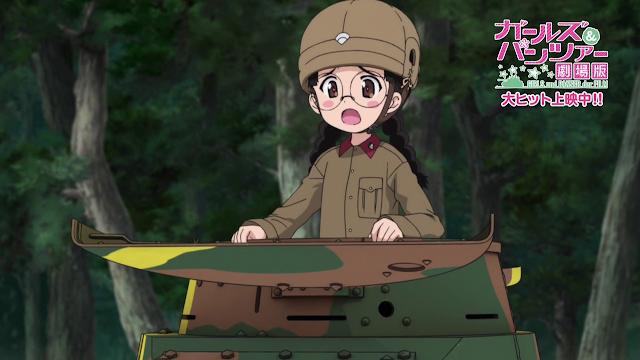 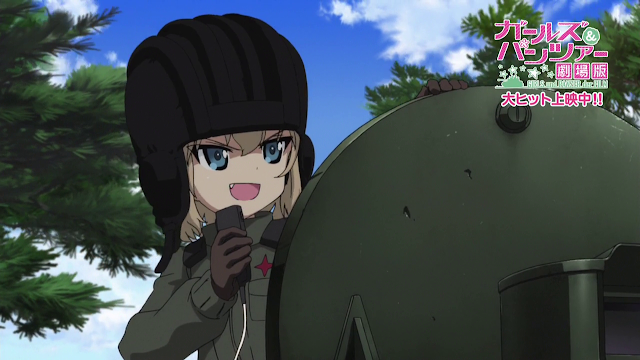 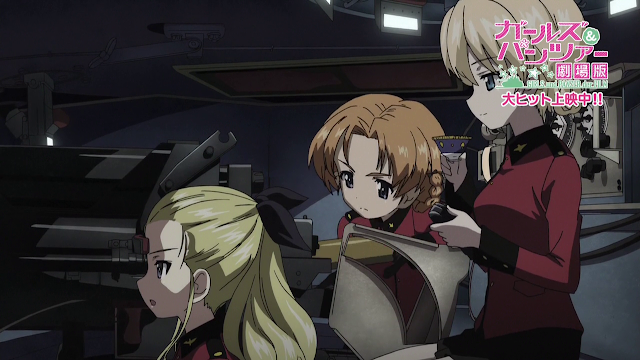 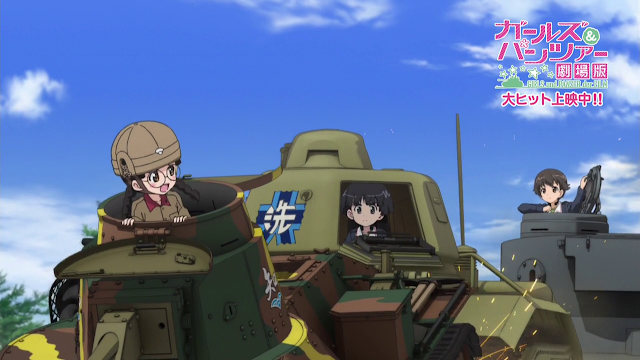 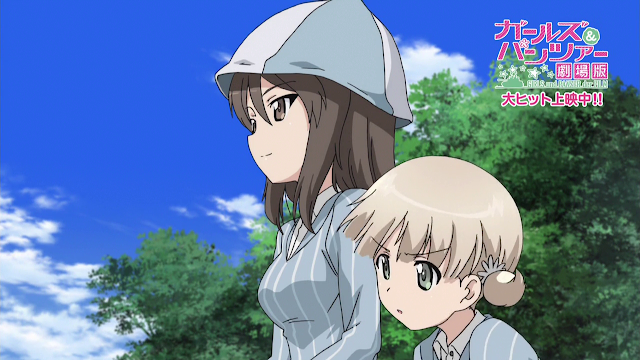 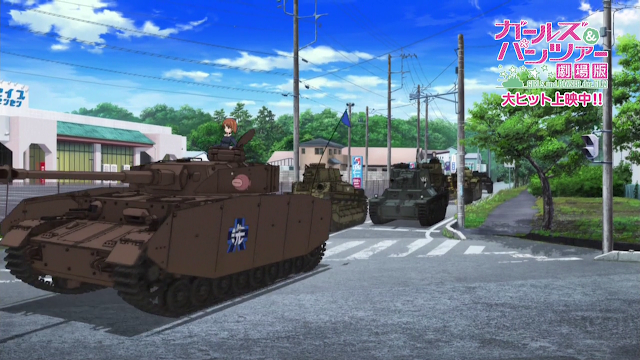 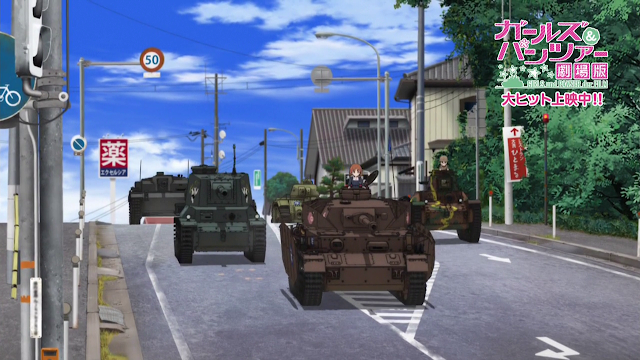 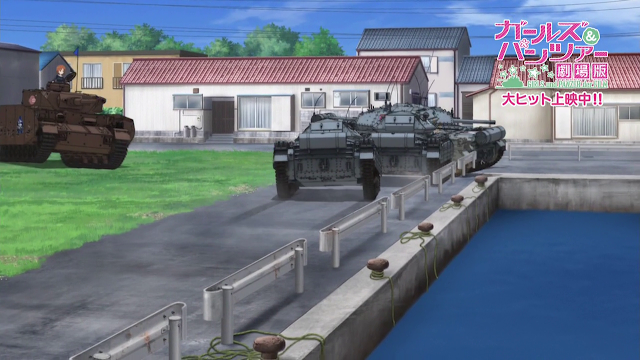 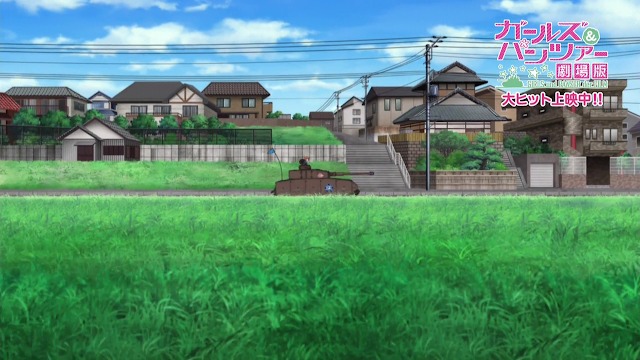 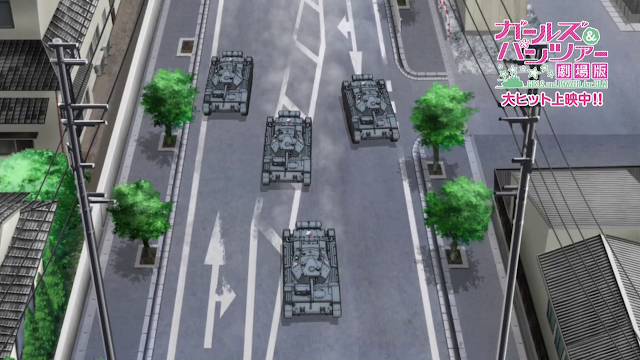 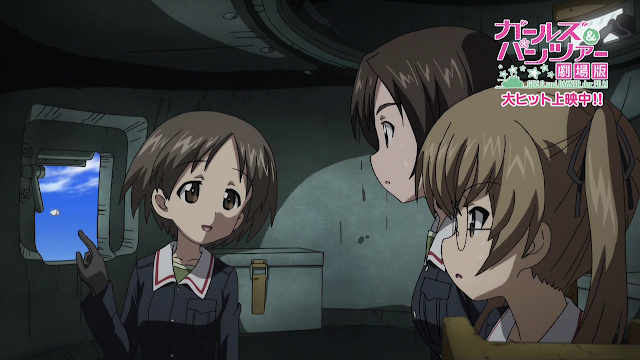 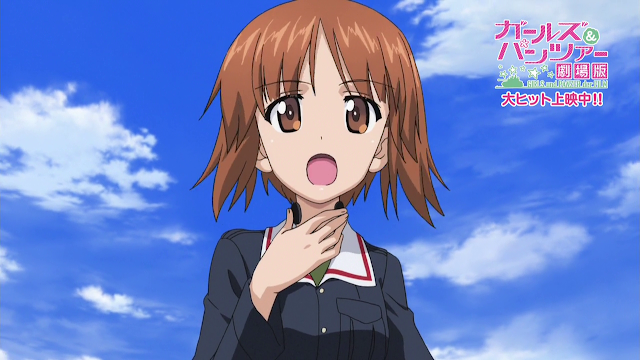 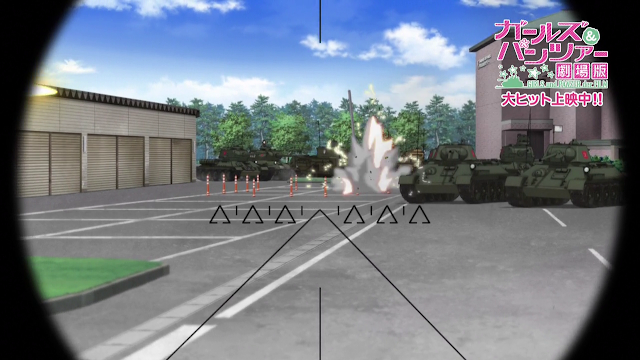 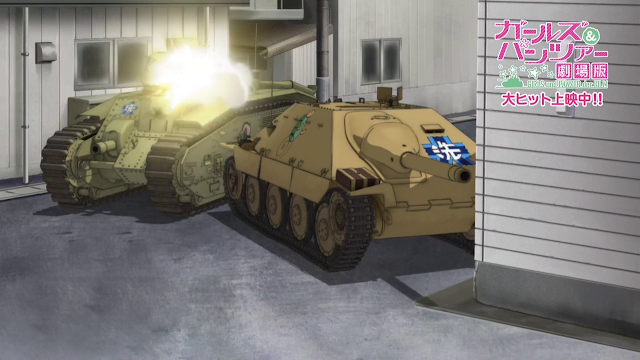 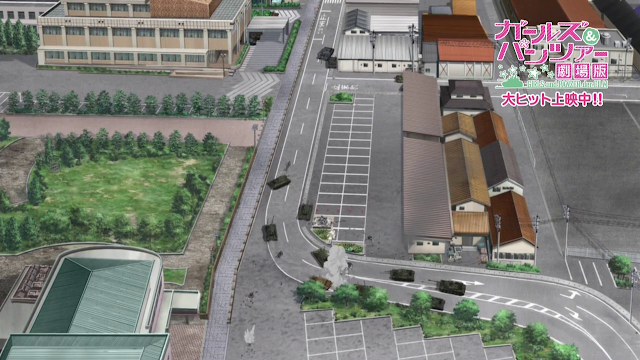 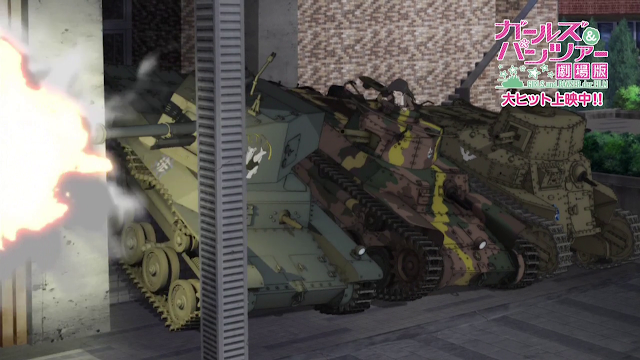 Consequently, this lead to the question of what I will be looking for in Girls und Panzer Der Film. I alluded to this briefly earlier — the movie’s theme is the single most substantial component when considering whether or not the movie meets expectations, and for me, whether or not the movie will be worth the wait will ultimately be dictated by how well the movie can convey its theme about friendship and kindness being central to raising one’s morale during difficult situations. In turn, this will depend on how Miho and the others respond to any adversity that is thrown in their direction. I have a rough idea of how the final battle in the movie turns out through deduction using the soundtrack’s track names, but I remark that knowing the outcome is ultimately irrelevant: it’s more about which decisions Miho and her friends make (in other words, how the battle gets to its conclusion) that impact Girls und Panzer Der Film‘s main thematic element. In light of this, the technical details are merely a bonus rather than an essential. We recall that Girls und Panzer Der Film is no Tom Clancy novel; it is unreasonable to demand that degree of realism from an anime about a group of high school girls participating in what is essentially a team sport and learning about the associated lessons of being in a team. Quite truthfully, I have no clue as to when Girls und Panzer Der Film‘s home release is, and if what I’m reading is correct, there remains another month before the movie stops screening in Japan, which means that, applying the usual estimations, the home release is projected for release in anywhere from March to July 2016. It’s quite a ways off, but through the preview, it’s quite plain that at the minimum, the audio-visual aspects for Girls und Panzer Der Film will be quite high, and so, all that’s left now is to busy myself with a host of things whilst waiting for the film.