We All Celebrated Together: Futsū no Joshikōsei ga Locodol Yattemita OVA 2 Review

4 Comments Posted by infinitezenith on January 2, 2016

Nanako strives to make Yukari’s birthday, which falls on Christmas day, a great success. She goes shopping for a suitable birthday gift and then spends Christmas Eve with her friends Misato, Satsuki, and Shouko. They reminisce about how it has not even been a year since they met, and the others have a surprise for Nanako: a Santa costume with which to surprise Yukari with. Although Nanako winds up forgetting to bring her gift, Yukari nonetheless appreciates her coming over to celebrate her birthday, and they celebrate alongside everyone else the next morning. As a Christmas-themed OVA, this particular special is somewhat unusual in that it was released quite close to Christmas itself (being broadcast on Christmas Eve), but other than that, it’s a pleasant addition to Locodol. That there would be a second OVA has been known since June 2015, and in November, it was further announced that the OVA would have a Christmas theme. With Yukari’s birthday falling on Christmas Day itself, the OVA sets itself up to explore the situation arising from sharing one’s birthday with one of the biggest holidays of the year: it can lead to some challenges when it occurs in reality, and the Locodol OVA does a fantastic job of conveying how Nanako and her friends manage to make Yukari’s birthday immensely memorable, fun and festive for Yukari.

Par the course for Locodol, the Christmas OVA carries audiences slowly and steadily through Nanako’s journey towards crafting a fantastic birthday experience for Yukari, whether it’s finding the suitable gift for Yukari or the motivation to follow through with her friends’ suggestion about visiting Yukari on Christmas Eve to personally deliver said gift. In doing so, the OVA illustrates the extent of Yukari and Nanako’s friendship: Nanako places a much greater priority on Yukari’s birthday, and these feelings do not go unnoticed by Yukari, who tearfully thanks her for having come all this way to say happy birthday. While the OVA might be set during Christmas, and for all of the festivities seen in the episode, what’s at the forefront of everything is Nanako putting in her fullest efforts to express gratitude for Yukari, whom she feels has contributed to her own motivation to continue working as a local idol. It’s a warming message about the Christmas spirit; gifts, decorations and food are secondary to people, and the OVA succeeds in conveying this particular aspect about friendship to the audiences. 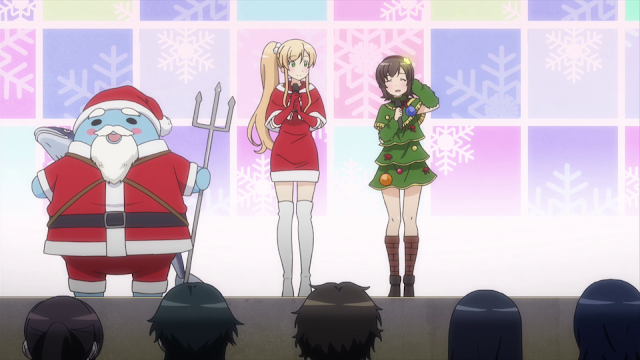 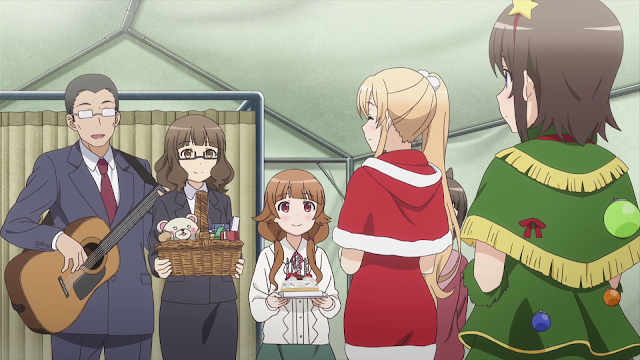 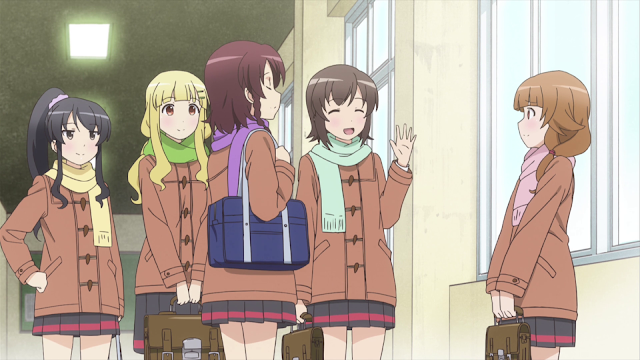 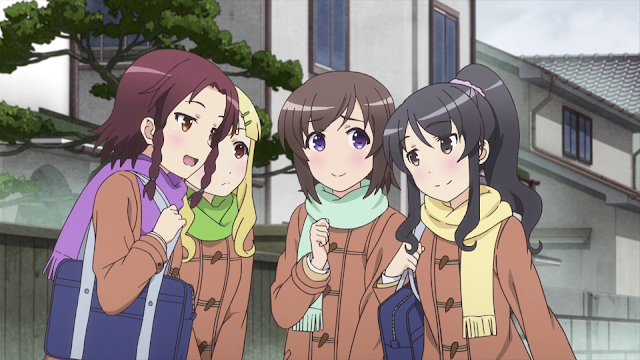 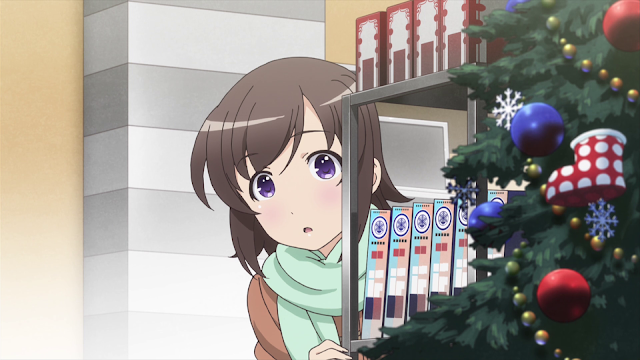 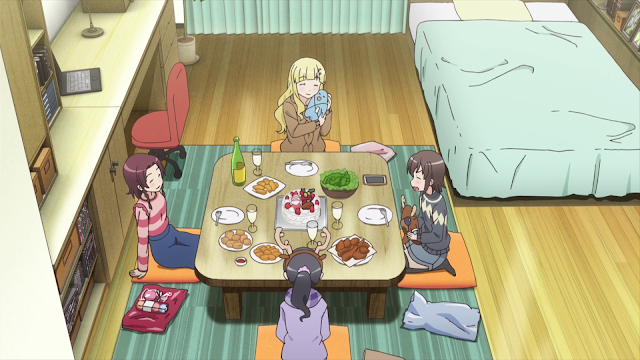 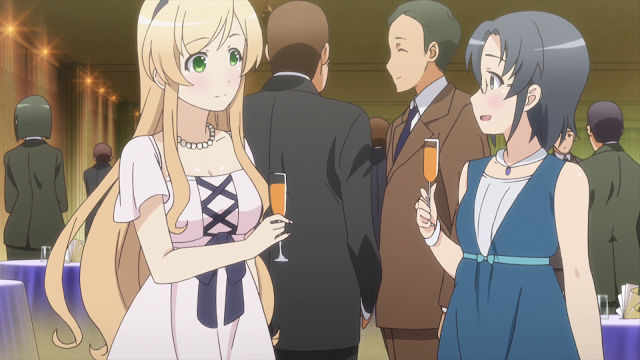 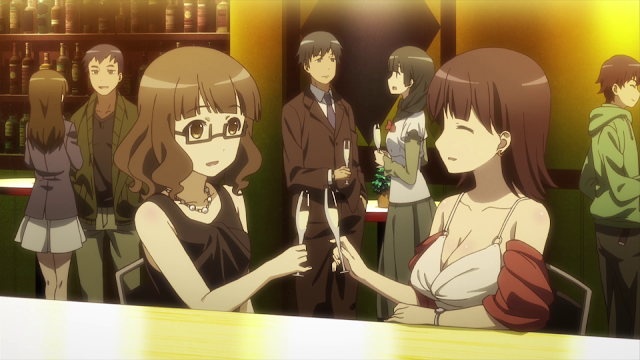 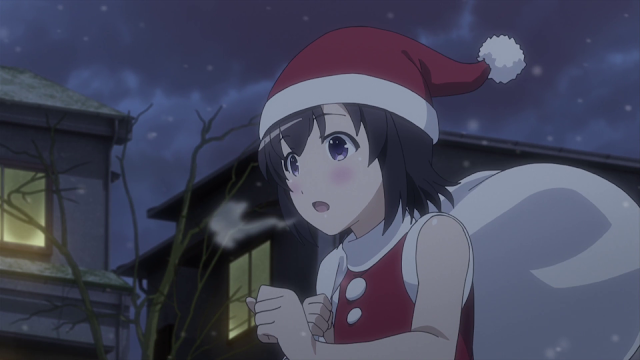 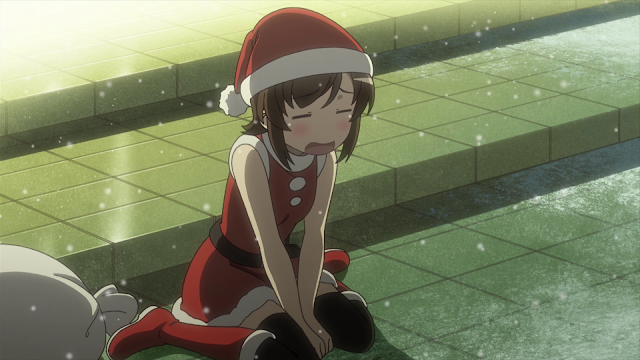 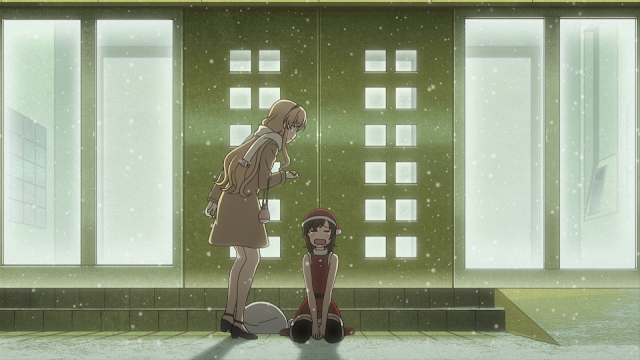 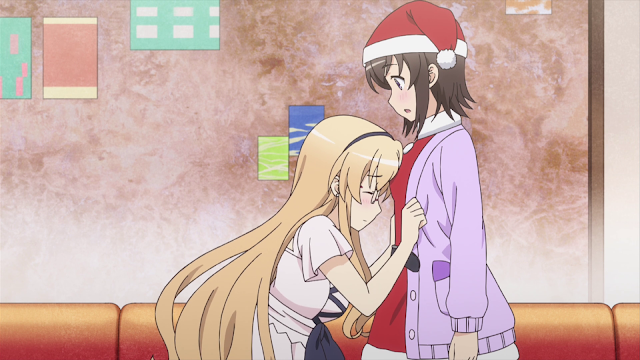 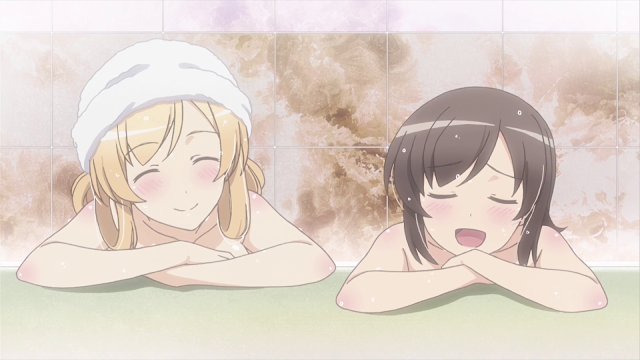 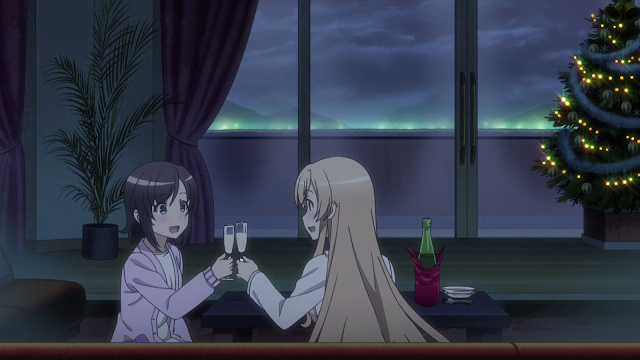 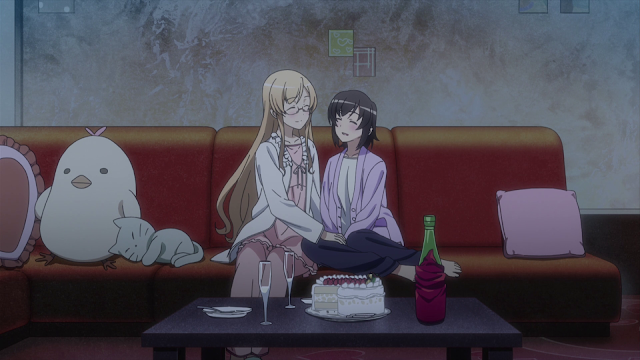 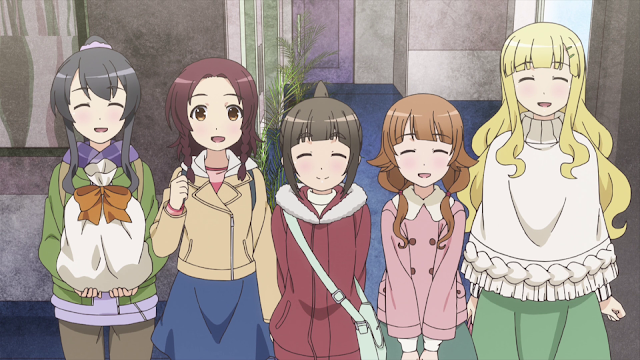 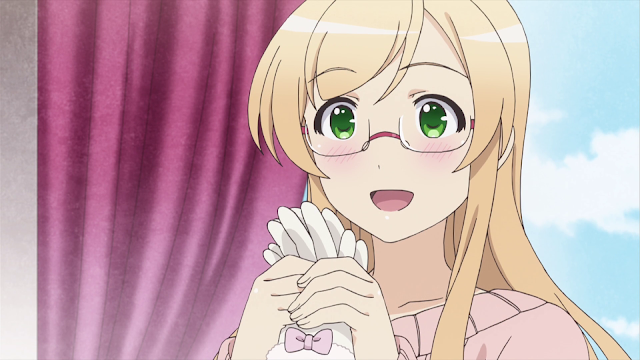 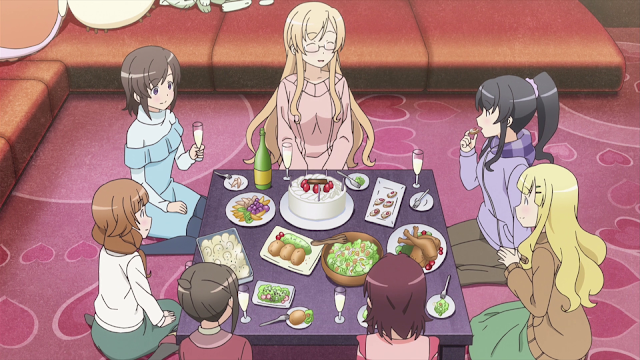 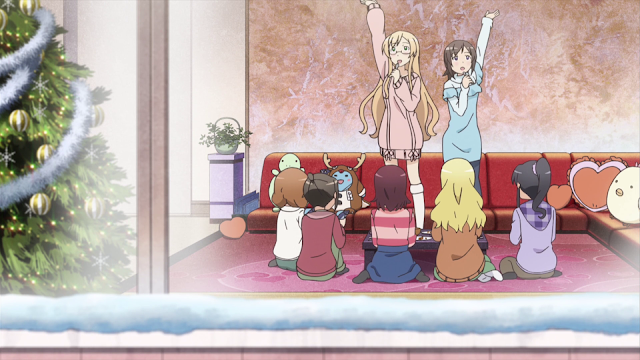 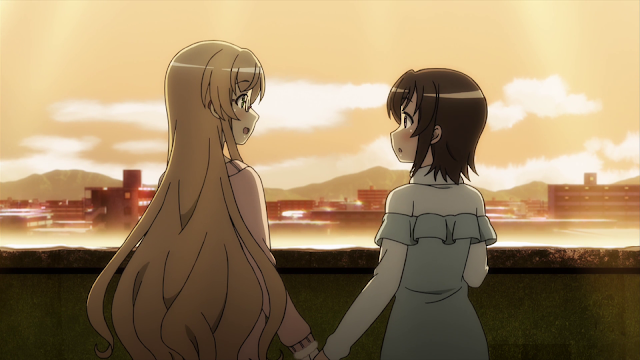 One aspect that seems unavoidable wherever a Locodol discussion is concerned is the nature of Yukari and Nanako’s friendship; if there were any doubts before, the OVA seems to give the impression that the two are a little more than just friends, even if they do not explicitly say so. Nanako’s friends seem to be aware and imply that Yukari is Nanako’s special someone, while audiences see for themselves that the two interact as a couple would. This particular element is usually intended for other purposes when included in an anime, but Locodol manages to wield it such that it contributes to the anime’s sense of warmth without overstepping the bounds for what is reasonable. As such, the second Locodol OVA is a noteworthy addition to the Locodol series, and with it being over, one must wonder whether or not a continuation is likely. The manga is still ongoing, so material likely won’t be a concern, and sales for Locodol appear solid from what I gather; my prediction is that a second season or movie might become tangible after a sufficient amount of material from the manga has been released. With that being said, even if no continuation is planned, Locodol would conclude on excellent terms.

4 responses to “We All Celebrated Together: Futsū no Joshikōsei ga Locodol Yattemita OVA 2 Review”