“You have to work very hard behind the scenes, to make a message clear enough for a lot of people to understand.” — Stefano Gabbana

So named for the first syllables for three of the senior concert band members who did not make the cut, the Hibike! Euphonium OVA was released with the seventh Blu-Ray volume, following Hazuki’s experiences with her seniors as they practise for improvement and support the main concert band to the best of their ability. All the while, Hazuki is dealing with the aftermath of her attempt to ask out Shuichi, and Monoka’s decision to make individualised good luck charms for every member of the main concert band on the day of their competition. However, oversight leads them to leave the mallets behind, and realising that there’s no other way, Hazuki sprints off to retrieve them, making it just in time as Kitauji is set to go on stage. As a story set during the events of Hibike! Euphonium proper, the Hibike! Euphonium OVA details the events that occur concurrently with those of the main story, illustrating the unsuccessful members as resolved and supportive nonetheless. Far from being resentful or envious of those who had made it in, Monoka’s members are determined to work hard both to ensure another shot at concert band in the upcoming year, as well as to cheer on their fellow band members as they push for a shot at competing in the nationals.

Through its depiction, the Hibike! Euphonium OVA shows that systems in general are much more complex than what is visible. Set between episode eleven and twelve, the OVA shifts perspective to the group who had not made it and therefore, did not have a substantial presence in the final episodes. Between practising on their own and crafting good luck charms, the OVA shows that while Kumiko and Reina might have centre stage, Hazuki’s story merits telling. She comes to learn that, despite not making the cut in auditions, she’s discovered a joy in performing music, and while her involvement with the concert band ends for the present, she and the others nonetheless manage to find ways of continuing their passions for music. The importance of this contribution is highlighted when Hazuki decides to retrieve the mallets herself: though the band might be performing, it’s this singular action that demonstrates her commitment to Kitauji’s concert band. Hazuki’s actions, though not seen in the anime proper, saves the concert band a substantial amount of trouble. They are, in a sense, reminiscent of David Goodsell’s remarks on biological illustrations, that every single structure in one of his illustrations must be supported by other structures that cannot be seen in said image: their lack of visibility is certainly not indicative of a lack of importance. 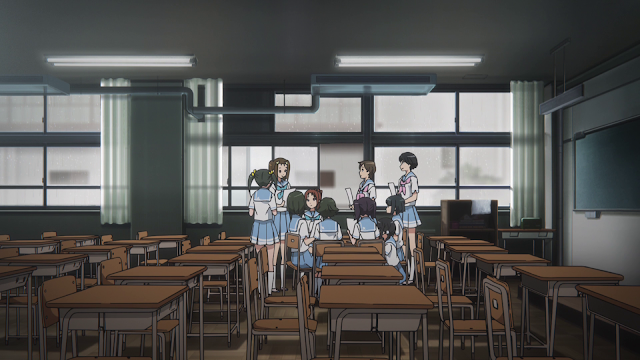 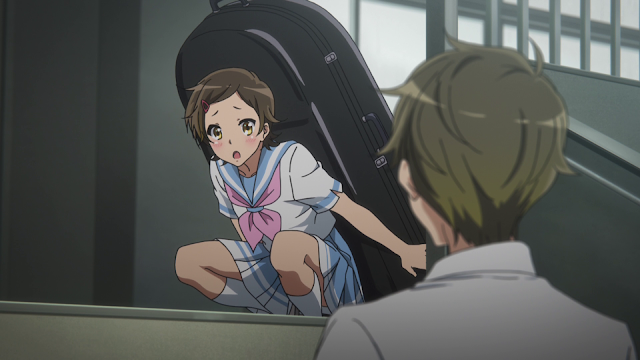 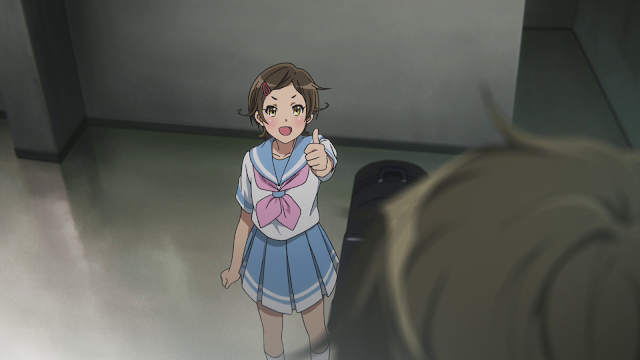 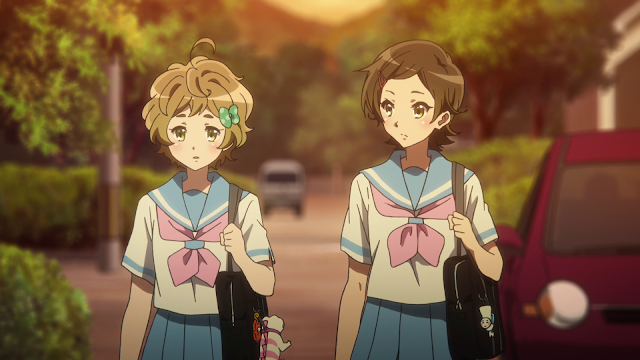 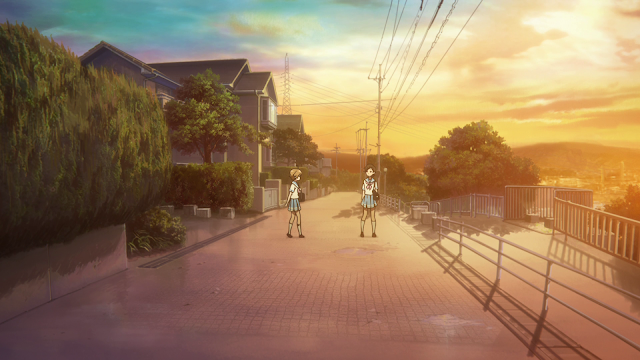 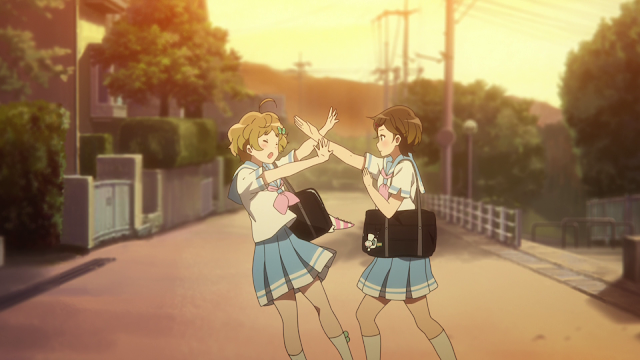 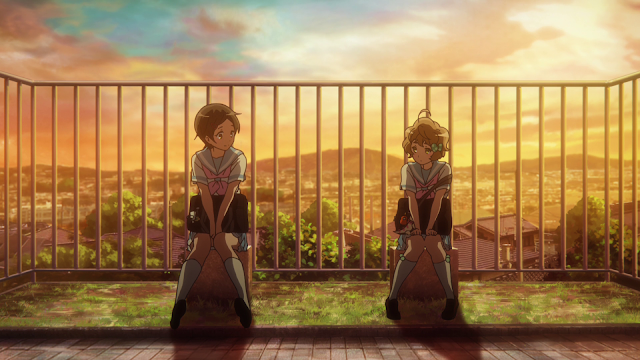 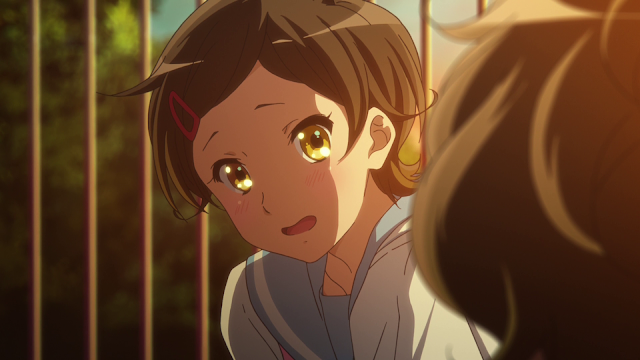 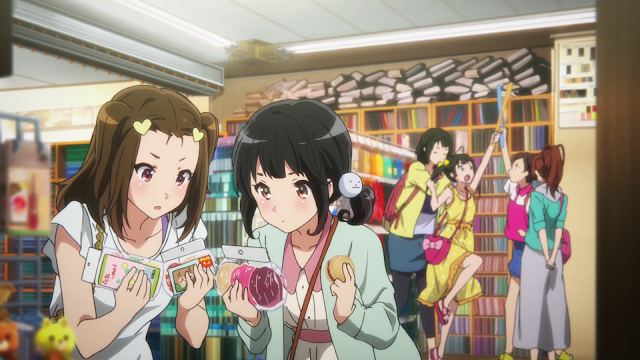 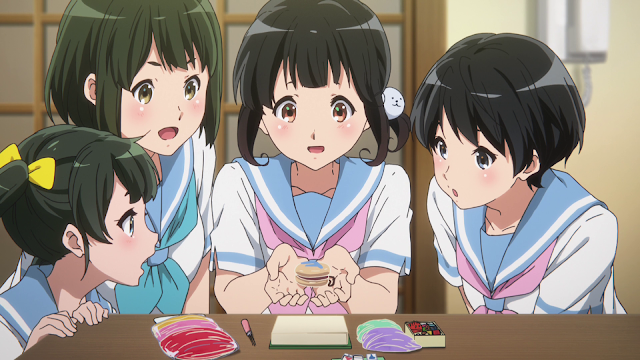 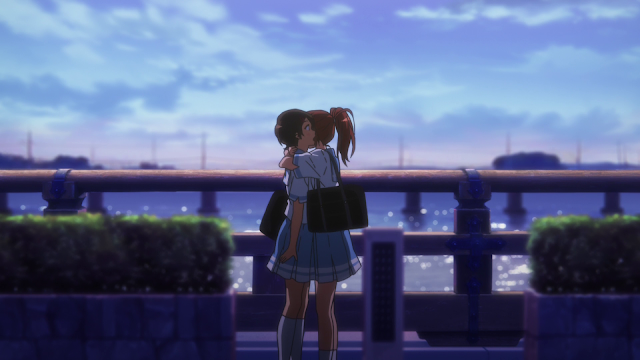 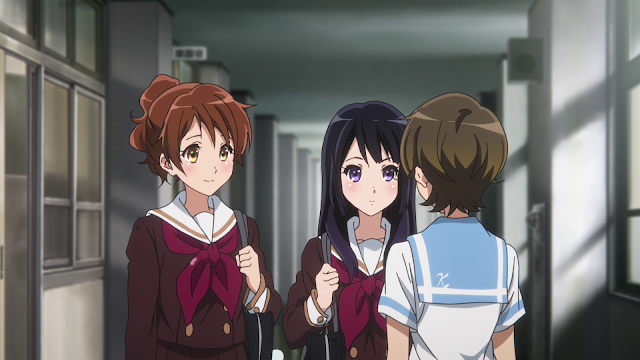 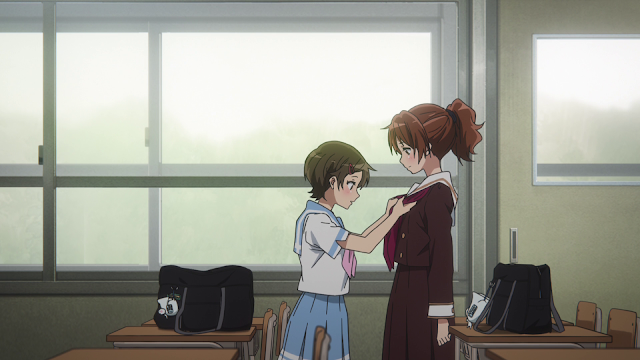 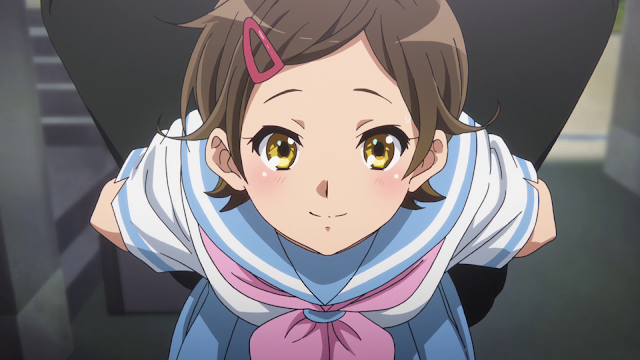 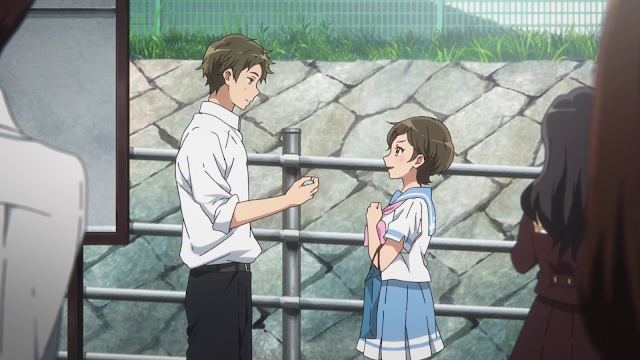 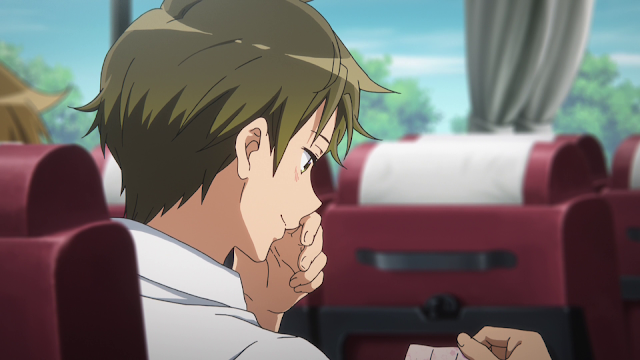 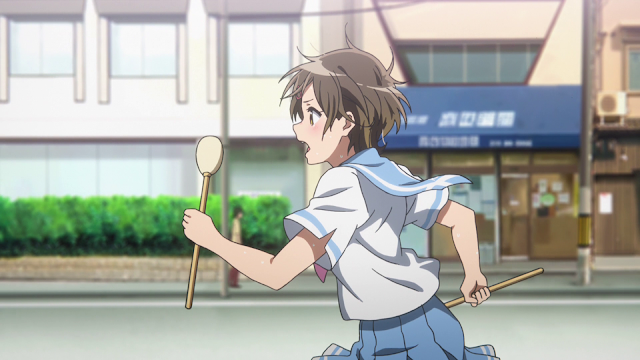 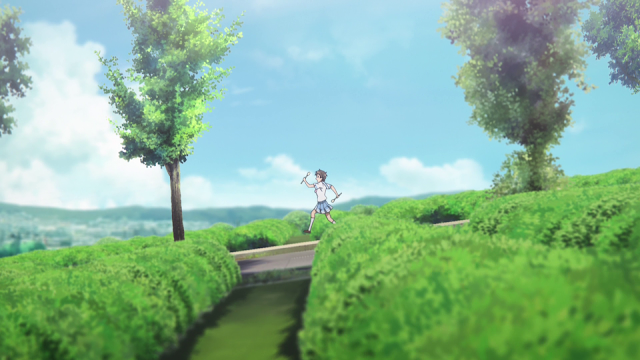 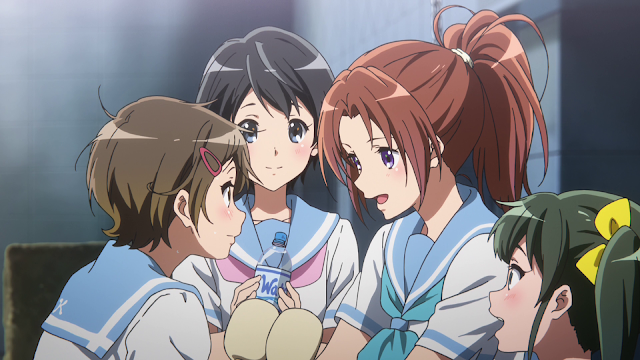 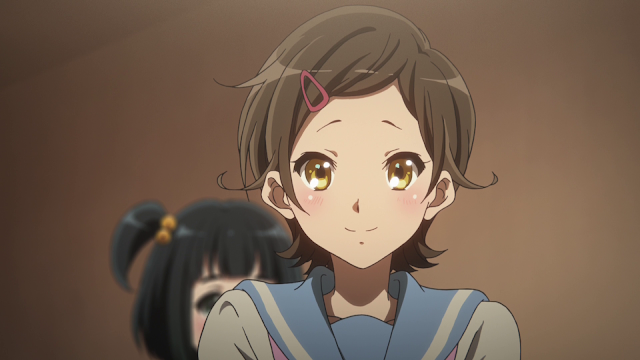 Consequently, while some might feel that Hazuki’s presence was unnecessary, and that the OVA’s contributions to Hibike! Euphonium are somehow inconsequential for being lighter in tone and content, I contend that this OVA is in fact necessary to appreciate the finale of Hibike! Euphonium. While the atmosphere lacks the same gravity as it did during the main season, the feelings and intents Monoka conveys about their passion for music cannot be understated: if this were not the case, Hazuki and the others would not have sufficient concern for their peers to have retrieved the mallets. In this way, they contribute behind-the-scenes to Kitauji’s gold and shot at the nationals. At the end of the day, this OVA’s contributions show that despite not making the cut, Hazuki and the others’ mindset make them more mature and perhaps, meriting a shot to play with the concert band itself in the future. For the present, the main topic on the audiences’ mind is the fact that Hibike! Euphonium is getting a sequel at some point; those who’ve read the light novels will likely already know what it will entail, but it’s not too difficult to surmise that we’ll be seeing Kitauji’s concert band gearing up for the national competition.