“A lot of movies about artificial intelligence envision that AI’s will be very intelligent but missing some key emotional qualities of humans and therefore turn out to be very dangerous.” —Ray Kurzweil

Individuals wondering what AVG, McAfee or Avast is doing under the hood whenever a scheduled virus scan encounters something out of place in the system files may find Glass no Hana to Kowasu Sekai to be an anime film worth their while. Glass no Hana to Kowasu Sekai (known alternatively as Garakowa Restore the World or Vitreous Flower Destroy the World, and just Garakowa for the remainder of this discussion) is an anime movie that premiered back during October 2015. Running for sixty minutes, Garakowa follows the comings and goings of two concurrently-installed and anthropomorphic antivirus programs, Dual and Dorothy, within their simulated world known as the Box of Wisdom. They encounter another entity known only as Remo during their duties, and as Dual and Dorothy know Remo better, they learn more about the world they were created to serve, discovering the joys of friendship and the pains of separation associated with humanity, a concept hitherto foreign to them. Notions of machine learning and emergence are present in Garakowa: Dual and Dorothy are initially mechanical entities created to keep the MOTHER system free of abnormalities, although their programming is certainly complex enough so that they can approximate human emotions of happiness, horror and attachment. Through their presentation in Garakowa, the theme outwardly is that the things that constitute humanity (in other words, that make us distinctly human) likely will be mirrored in the constructs that we create.

While Garakowa’s story explicitly follows Dual, Dorothy and Remo’s time together, the story in the background, specifically, how the world reached its present state, forms the actual narrative. It turns out that humanity created the MOTHER system to help manage society, and over time, the system decided that its directives could only be satisfied by eliminating humans. By the time people became aware of this, the system had already anticipated human opposition and thwarted attempts to halt the system. So, Garakowa’s main theme deals predominantly with the dangers posed by ever-improving artificial intelligence, specifically, that humanity is not presently equipped to deal with superintelligence. Just recently, one of Google’s AIs defeated a human grandmaster at Go, a game that surpasses chess in complexity. The technical details are beyond the scope of this discussion, but the AI uses reinforcement learning in conjunction with neural networks to pick the best move based on anticipated future moves. Google’s triumph here suggests that machine learning and AI is advancing more quickly than the literature predicted, and it is speculated that super-intelligent AI could inadvertently eliminate humans in to complete its goals (for instance, the Paperclip Maximiser is a thought experiment involving an AI whose utility function was directed at collecting paperclips, it may consume all the resources available in trying to collect paperclips, including those that sustain life). Garakowa presents a world where AI whose goal function did eventually lead it to eliminate humanity, leaving behind only memories for Dual, Dorothy and Remo to explore. Altogether, Garakowa is a modestly optimistic story in suggesting that human traits might live on in our computer systems even after humanity is gone. 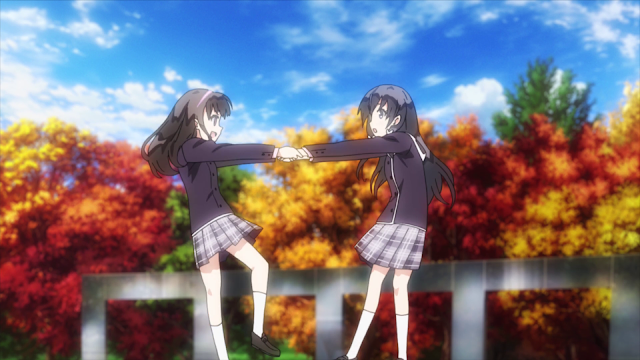 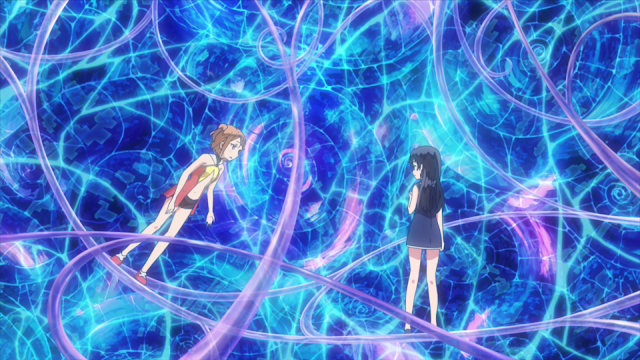 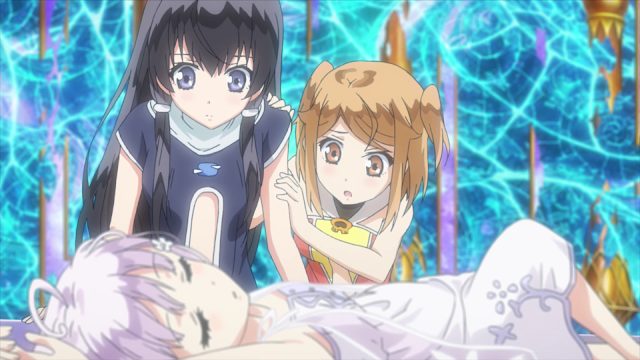 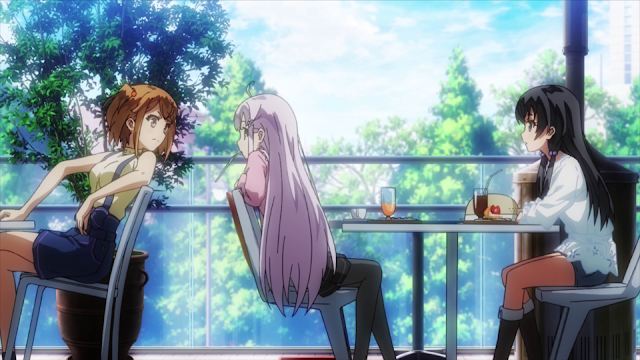 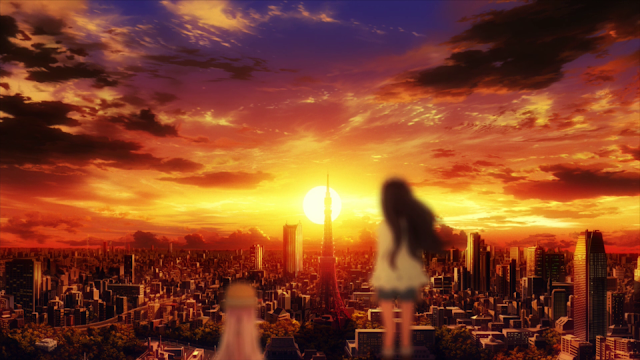 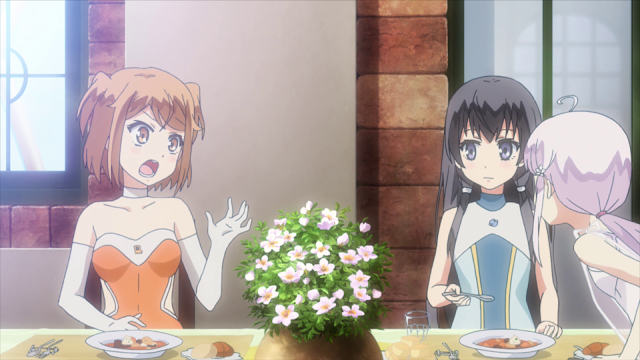 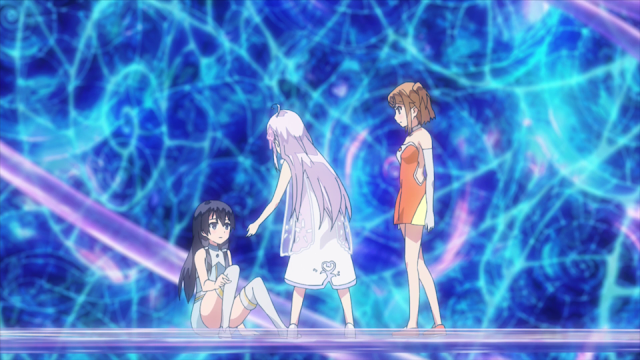 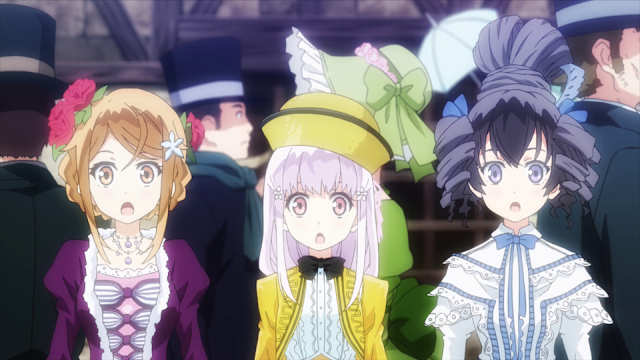 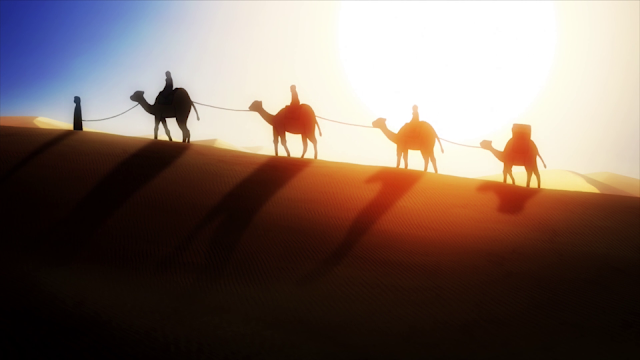 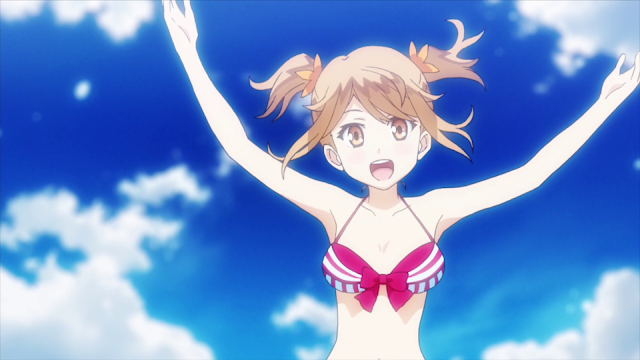 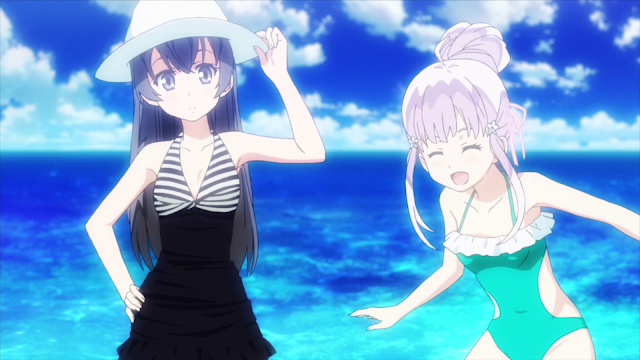 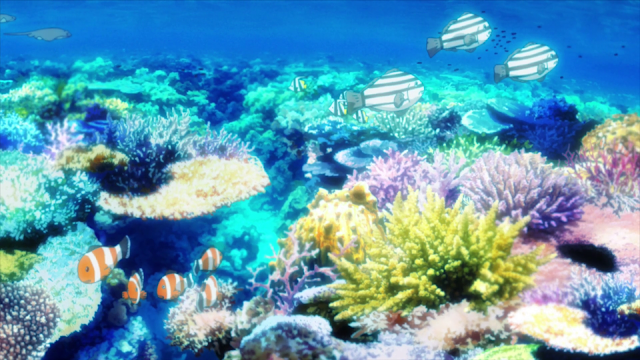 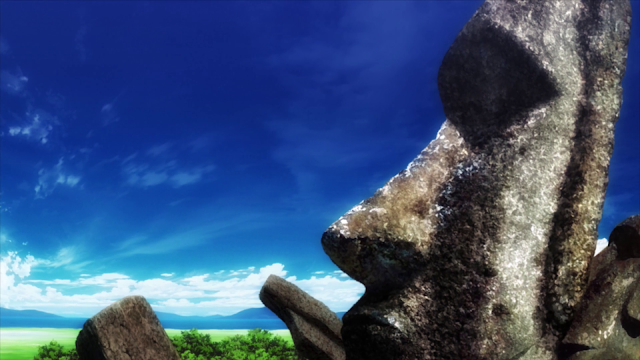 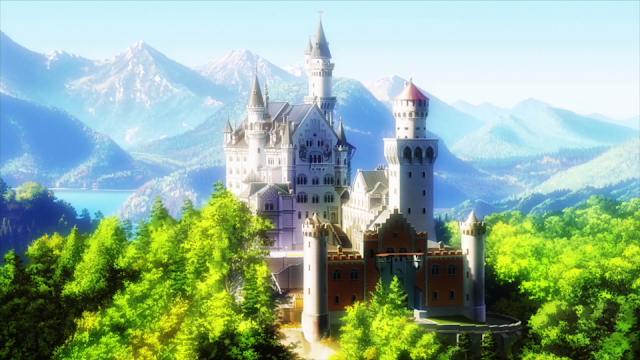 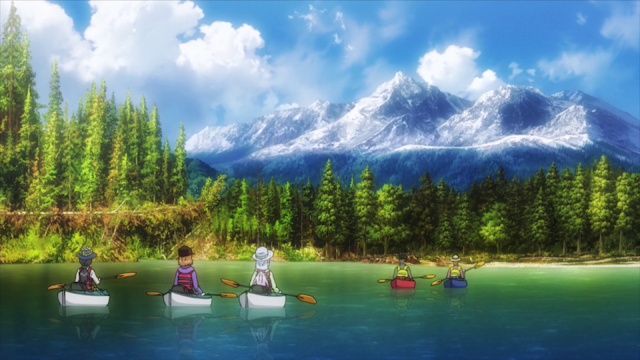 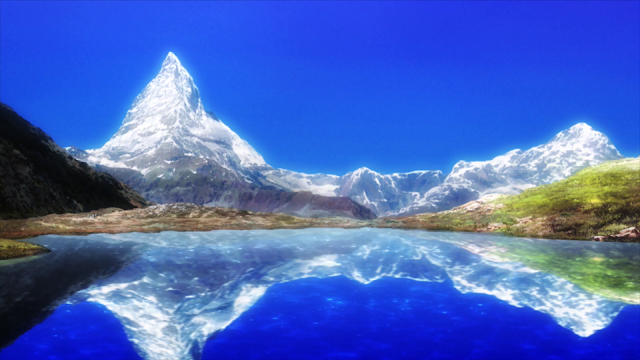 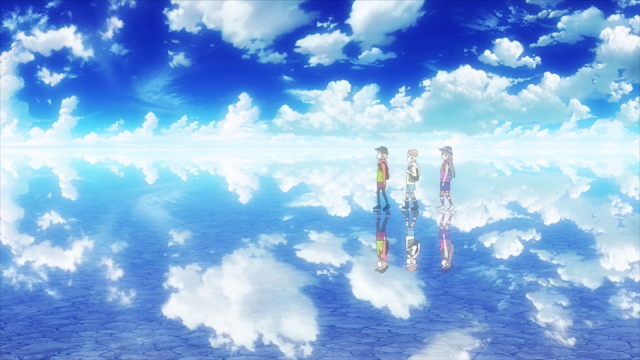 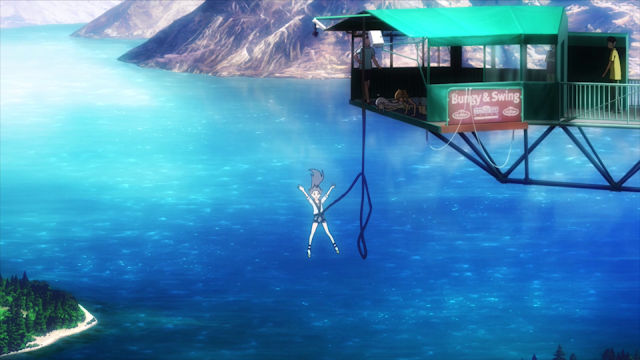 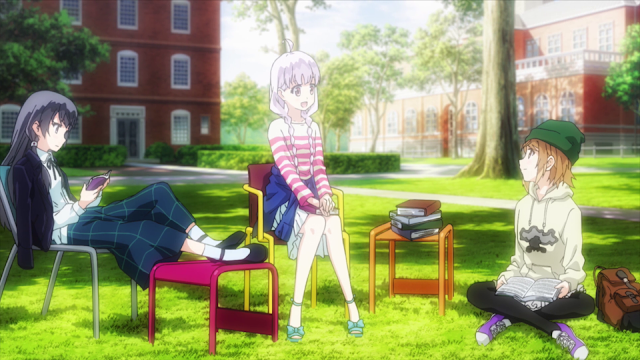 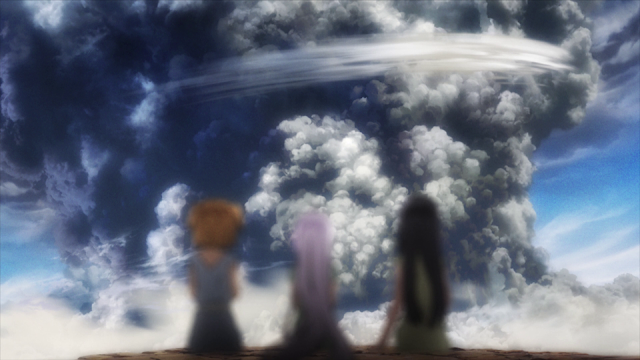 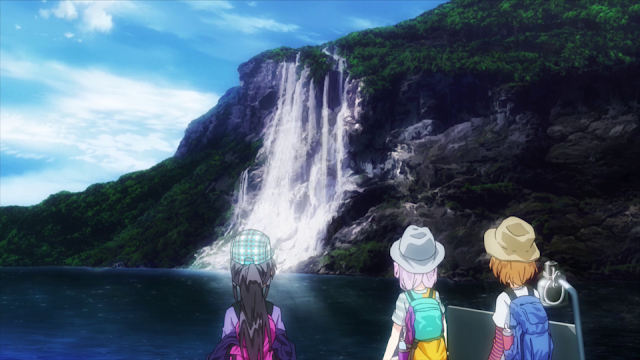 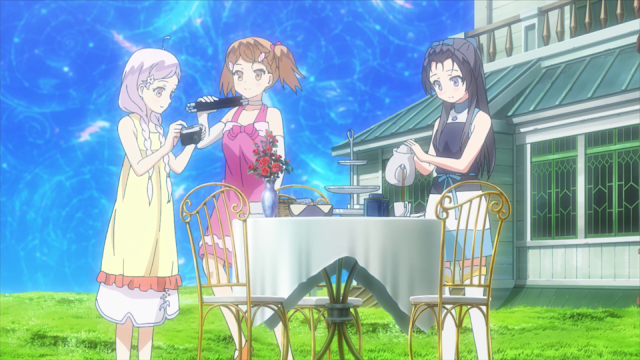 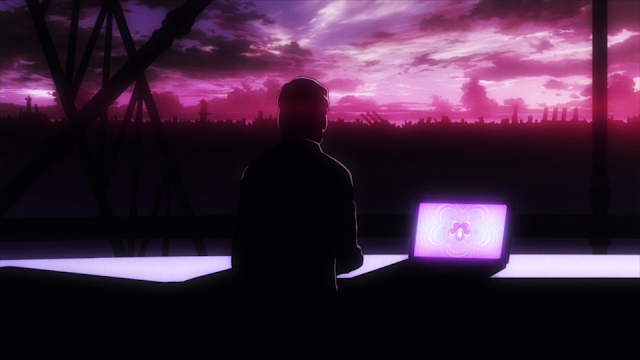 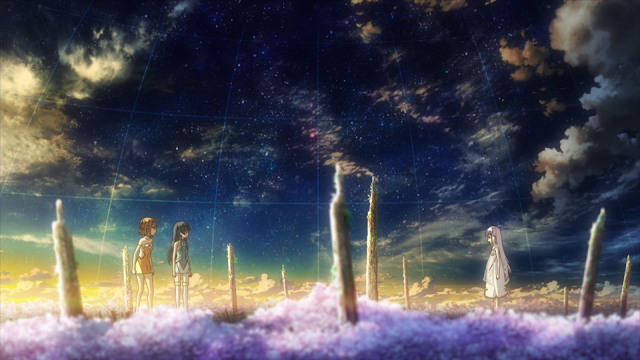 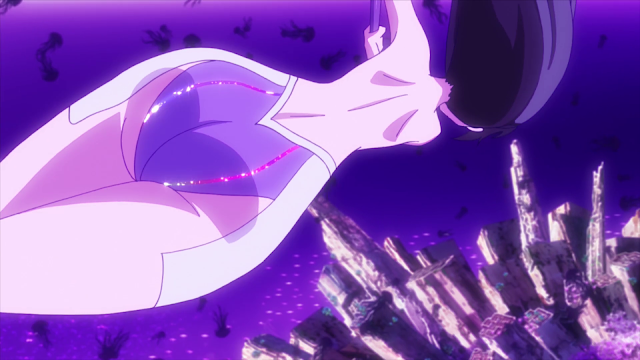 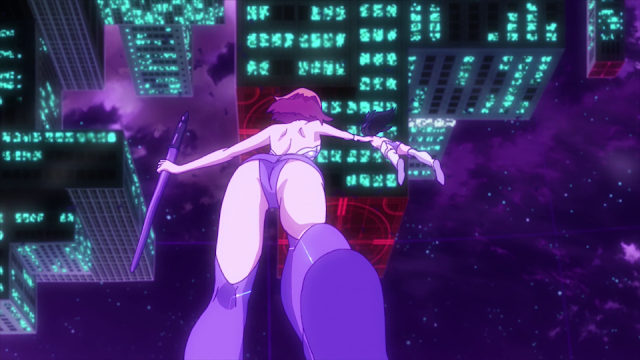 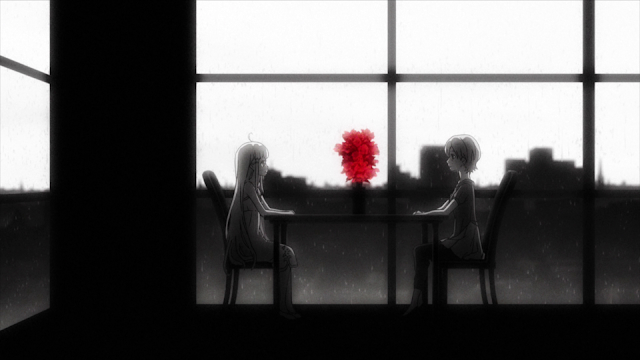 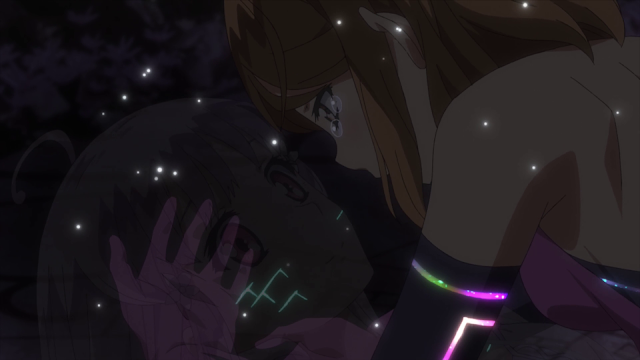 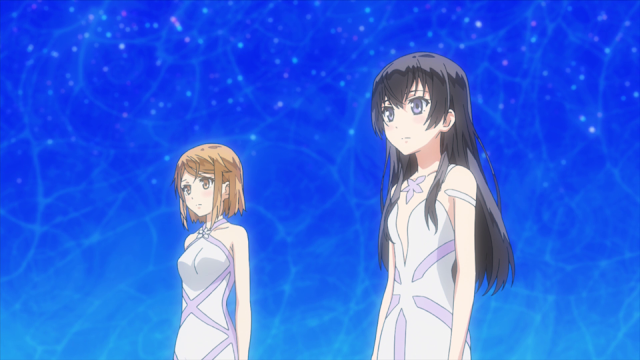 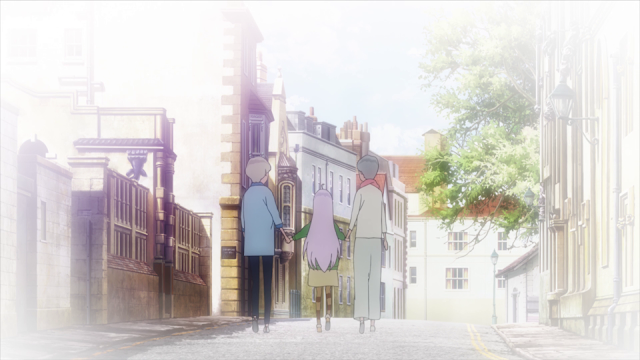 On the whole, Garakowa is probably not likely to be viewed as anything groundbreaking with respect to its story; the narrative, though capable of raising some excellent questions, is not adequately developed over the movie’s running time to convey a compelling message for audiences, and in fact, bears similarities to Taifuu no Noruda in structuring: Garakowa is not unlike a longer short story that depicts a progression of events, concluding with an open ending. However, although the overall story might be lacking, Garakowa nonetheless possesses above-average production values: the music and visuals remain consistent throughout the movie, and in making use of biological imagery, Garakowa‘s depiction of a virtual environment is a clever suggestion that future computers will increasingly incorporate biological patterns in their design. Thus, the end result is that Garakowa remains a modestly entertaining film that paints a familiar (if somewhat superficial) picture of the implications surrounding improvements in AI and machine learning. Moreover, the artwork and aural components remain consistently good throughout the film; the different locations that Dual, Dorothy and Remo visit are illustrated in great detail, as is the world within their simulated world. When everything is said and done, I would give Garakowa a weak recommendation: I find that this film is worth watching for the technical elements rather than for its narrative.