5 Comments Posted by infinitezenith on February 17, 2016

“Patience is not simply the ability to wait – it’s how we behave while we’re waiting.” —Joyce Meyer

I interrupt regular programming to announce that Girls und Panzer Der Film‘s home release (BD and DVD) will be scheduled for May 27, 2016. The complete special edition will retail for 9800 yen (117.41 CAD) and feature 200 minutes of footage: the movie itself is 119 minutes in length, and the bonus edition includes an additional 81 minutes of behind-the-scenes, promotional, opening night and Ooarai Anglerfish Festival 2015 footage. Also included is an eighty-page art booklet, a 20-page correction sheet collection by character designer Isao Sugimoto and a new album with the song “Boko no Uta” song, performed by Miho Nishizumi (Mai Fuchigami) and Alice Kotobuki (Ayana Taketatsu). Additional bonus features include a Bandai Visual+ serial code and a download code for the Girls und Panzer: Sensha-dō Daisakusen! smartphone app. The standard edition BD will cost 7800 yen (95.04 CAD), and the DVD will cost 6800 yen (82.85 CAD). All three variants will include a three-minute OVA following the aftermath of the movie, plus another OVA titled Akiyama Yukari no Sensha Kouza. So, clocking at exactly six months after Girls und Panzer Der Film‘s theatrical release as per predictions, viewers overseas will finally have the opportunity to view the movie for themselves. 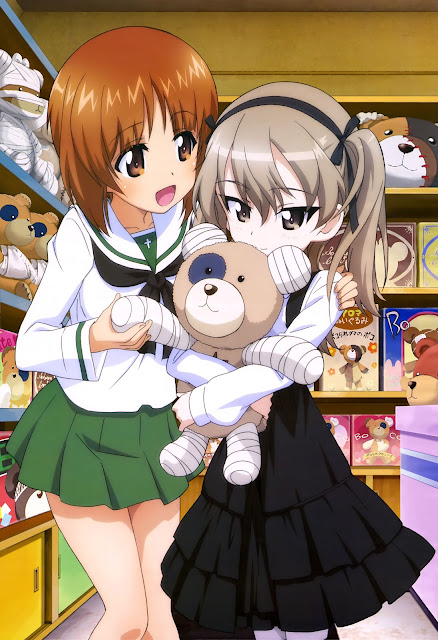 This announcement is most welcome, and in comparison to some other much-anticipated movies in recent memory (namely, the K-On! Movie, which released on BD/DVD seven months after the theatrical release), Girls und Panzer Der Film is moving along at a much more reasonable pace. Girls und Panzer Der Film was a limited theatrical run and as of February 2, 2016, grossed 1.04 billion yen (around 12.5 million CAD) over 718,625 admissions to become the twelfth top-grossing animated movie for 2015 in Japan. To put these numbers in perspective, Spectre has grossed around 1.2 billion CAD internationally, and Star Wars: The Force Awakens grossed 2.7 billion CAD (exchange rates are at the time of writing). With that being said, Girls und Panzer Der Film‘s revenue is still impressive considering that the anime itself is relatively recent. Presently, armed with a concrete release date, all that’s left is to busy oneself: in comparison to the K-On! Movie, time is going to fly for this wait. So, in the spirit of good discussion, is the release date as far off as it may seem for you?