To You, Who I Wanted to Meet…: Aria the Avvenire OVA Episode One Review and Reflection

6 Comments Posted by infinitezenith on March 5, 2016

“Miracles occur naturally as expressions of love. The real miracle is the love that inspires them. In this sense everything that comes from love is a miracle.” —Marianne Williamson

While contemplating a promotion to be more helpful towards Alicia, Akari runs into Akira, who’s looking to deliver a mirror-birthday gift to Alicia (owing to Mars’ orbit, one Mars year is roughly 1.88 Earth years, so Birthdays are celebrated twice a year). However, because Alicia’s busy, Akira decides to take up Akari’s offer on taking a gondola ride around Neo-Venezia. As the day comes to an end, Akari and Akira run into Alicia and Athena. Seizing the moment, Akira delivers the gift to Alicia, and Akari remarks that it must’ve been a miracle that they would run into one another. While speaking with Akari later, Ai wishes that some day, she’ll likewise have friends with such a connection; Akari reassures her that it will be likely, since Mars (known as Aqua now) is a planet of miracles. This is my first exposure with the Aria franchise, which has long been held to be the single most remarkable anime that falls under the slice-of-life category, for being able to craft a fantastical, detailed world that permits the series’ protagonist, Akari, to explore their world in a laid-back manner. Paired with that’s said to be some of the best artwork around, Neo-Venezia feels like a living, breathing entity that forms the perfect backdrop for Akari’s everyday adventures as she strives to become undine, a gondolier who acts as a tour guide, with the Aria company. Aria the Avvenire is the fourth instalment in Aria (there are three seasons and one OVA prior to its release), which means that I will need to go back and watch everything before I can begin considering any sort of discussion on what Aria the Avvenire‘s overall contribution to Aria are.

At present, I cannot fairly offer insights into Aria the Avvenire‘s place in the sun: having not seen the three seasons in full, I cannot even guess where the OVAs fit in with the other instalments. With that being said, I can comment on various aspects of the OVA itself. This first episode follows a seemingly-unremarkable story: because Alice is so busy with her duties as a full-fledged undine of the Aria company, Akira is unable to deliver her birthday gift in person and initially asks Akari to do so. However, while the base narrative seems quite ordinary, the execution is outstanding: subtle details in Neo-Venezia are presented lovingly, and aural elements are utilised to bring this fictional world to life. Masterful use of lighting and angles contribute substantially towards conveying a particular scene’s atmosphere to the viewers, and coupled with the character’s dialogue, it is quite plain that Neo-Venezia is a peaceful world whose inhabitants go about their lives at a much calmer pace than seen in reality. When Akira and Akari encounter Alicia and Athena later, the combination of lighting and sound means it truly does feel like fate has crafted this one moment for three friends. I imagine that this is the magic of Aria, to meticulously create moments that inspire audiences to be more appreciative of the smaller, subtle things in their own lives. 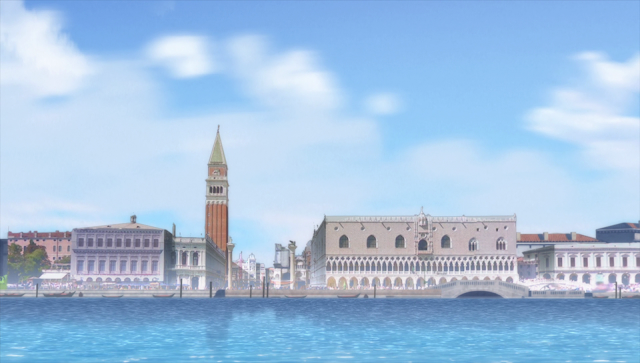 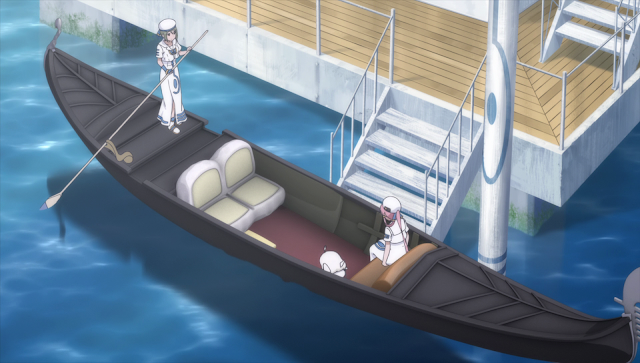 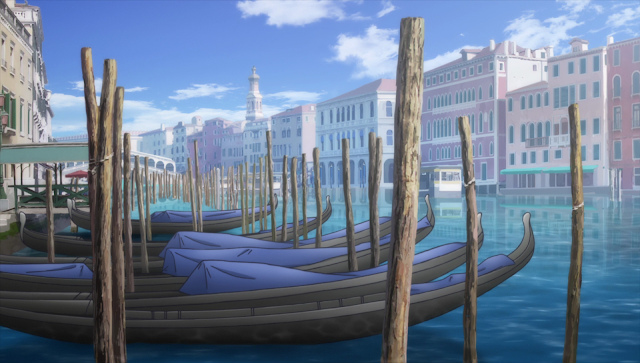 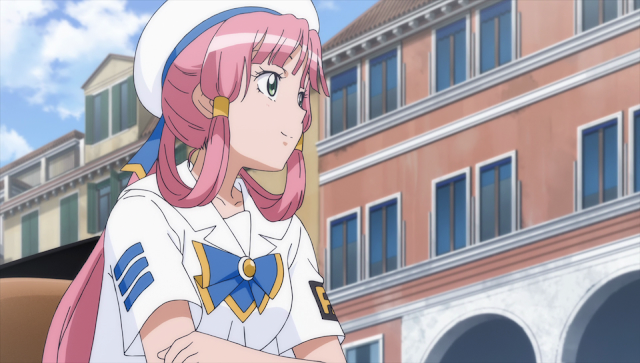 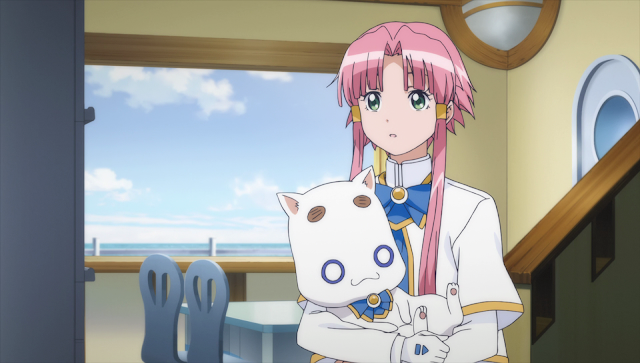 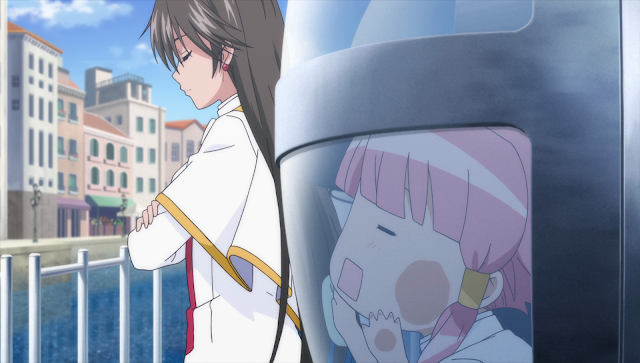 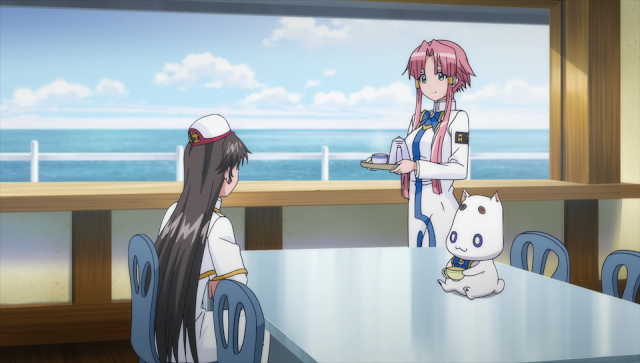 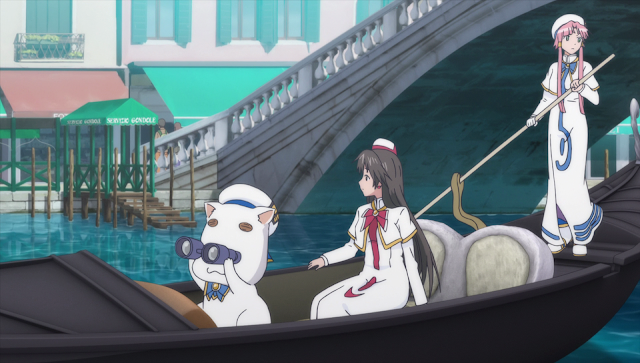 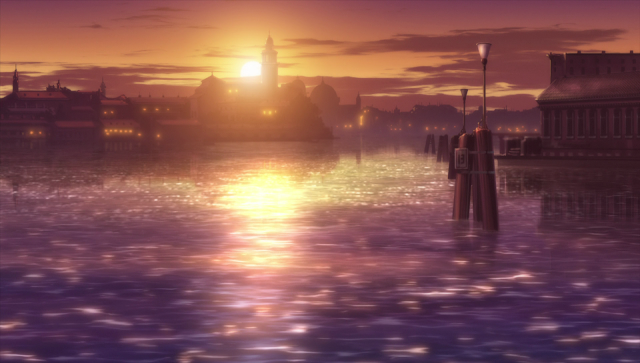 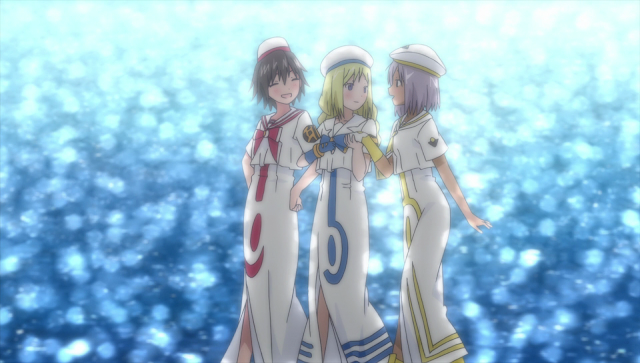 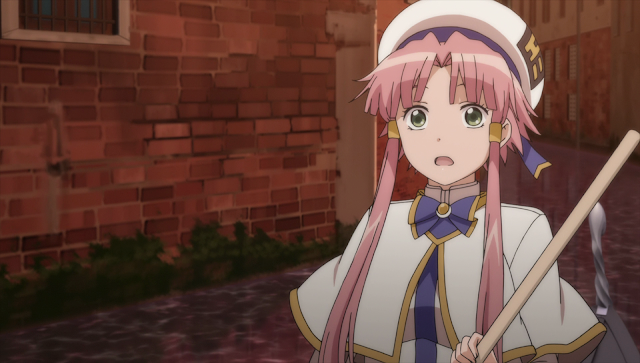 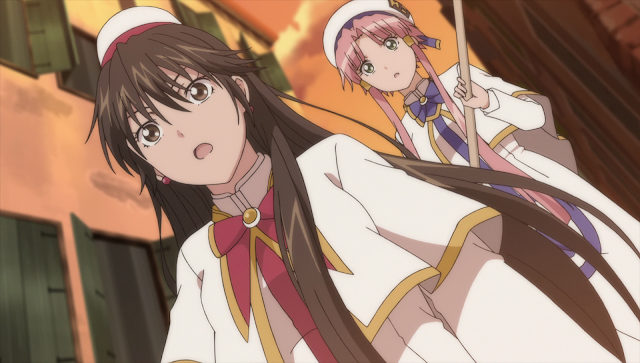 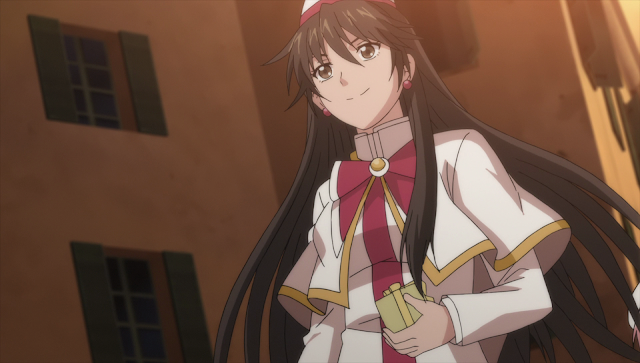 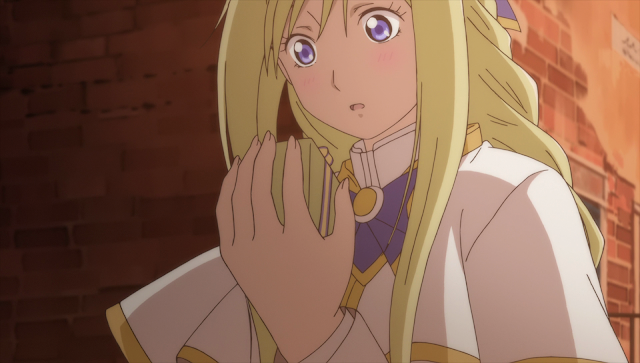 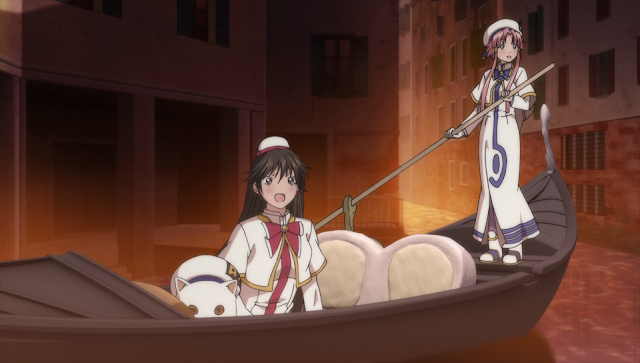 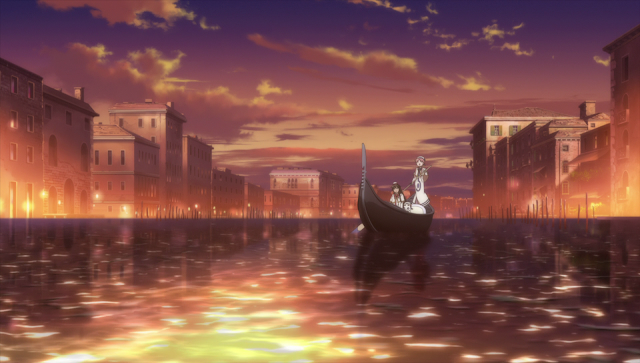 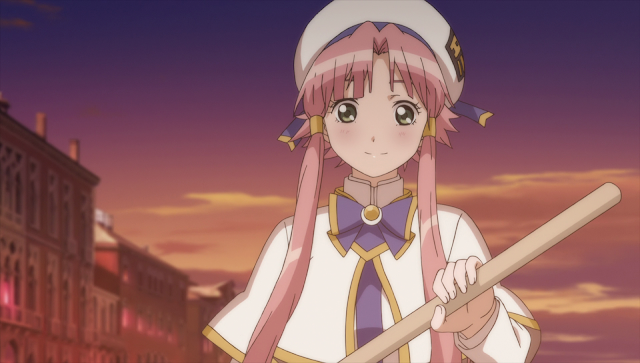 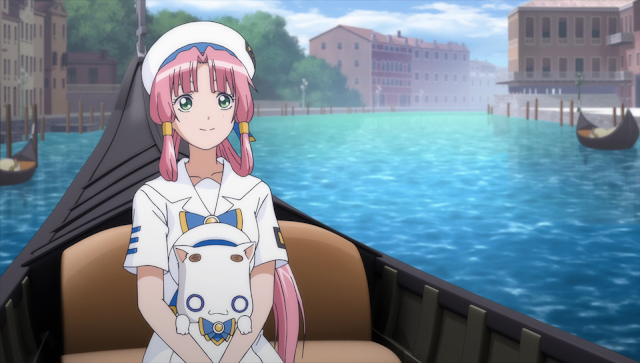 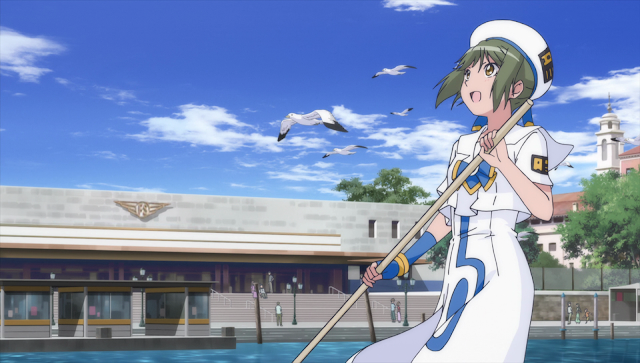 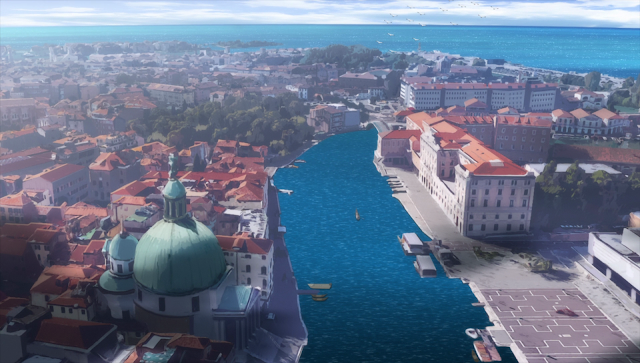 Given that the second Aria the Avvenire OVA is set for release later this month, and the final of the OVAs will be releasing in June, I project that there should be sufficient time for me to catch up on all three seasons, just in time to write a proper discussion on the OVAs’ contributions to Aria as a whole: I’ve been meaning to watch Aria for quite some time to see whether or not it lives up to the praise that even the toughest critics are willing to offer (these are the folks who argue that anime like K-On! are intrinsically without value and will dismiss anime on the sole virtue that they are considered slice-of-life). This is a pretty high bar, and I am quite familiar with the slice-of-life genre. From what I’ve seen thus far, Aria appears to be designed to evoke a similar feeling as Tamayura rather than something like Gochuumon wa Usagi Desu ka?; rather than setting up ridiculous situations to drive humour, emphasis is placed in presenting even the most mundane occurrences as being worthy of treasuring as a memory. So, there is no doubt that I will enjoy Aria; the first OVA might be a rather curious point of entry into this slice-of-life anime, but now that I’ve entered, I’ve got an iron-clad reason to actually go back and watch the entirety of this anime.

6 responses to “To You, Who I Wanted to Meet…: Aria the Avvenire OVA Episode One Review and Reflection”