“Miracles happen everyday, change your perception of what a miracle is and you’ll see them all around you.” —Jon Bon Jovi

After Ai recounts a story to Akari, where she had experienced a miracle of sorts while practising her craft as an undine: she catches a glimpse of the elusive Cait Sith, Aqua’s spiritual guardian who takes the form of a large cat. While trying to follow Cait Sith, she runs into Azusa B. McLaren and Anya Dostoyevskaya, two Single undine working for Himeya company and Orange Planet, respectively. These turns of events bring everyone together, and although they are unsuccessful in finding Cait Sith, they do become friends with one another. This reminds Akari of her own story, where she’d become disheartened to learn that after reaching a certain age, she’d no longer be able to see Cait Sith. While walking with Aika S. Granzchesta and Alice Carroll, they’d come across the Unfortunate Stone. Not convinced about its implications, Akari steps on it and is propelled into the skies above Neo-Venezia, where she shares a conversation with Cait Sith and learns that even if she never sees him, he’ll endure in her heart. Aria The Avvenire thus continues in the pattern of its predecessor, presenting a very straightforward but moving story about life in Neo-Venezia and bringing to bear the notion that miracles can take both small and large forms, whether its as familiar as making new friends or exciting as meeting Neo-Venezia’s guardian spirit one final time.

Consequently, it would appear that the general theme surrounding Aria the Avvenire is that miracles are not always exceptional events that follow the power law; instead, miracles are a matter of perspective and appreciation. This is seen in Ai’s story: pursuit of a mysterious shadow she believed to be the Cait Sith led her to make new friends and contributes to her development as an undine. Aria the Avvenire had previously brought Akira, Alicia and Athena together because Akari had decided to give Akria a ride around the canals, and this episode continues conveying that message, showing that some things can only be attributable to fate itself, happening for a reason. These events are meant to show that Aqua is a marvellous and mysterious place, and that the laid-back atmosphere in and around Neo-Venezia offer individuals a respite to appreciate the things in life that are often overlooked. Conversely, the episode’s second half, is not subtle about the notion of miracles: while contemplating their continued advancement as undines, Akari, Akia and Alice realise that they’ll have to become adults, which entails losing their children’s innocence (and correspondingly, their ability to see the Cait Sith). However, Akari’s not quite ready to move on yet, and later, while stepping on the Unfortunate Stone, through something that truly can be considered a miracle, her wish is granted. She’s left with a momento: a glittering necklace that Akari believes is a tangible representation of miracles: they’re fleeting, beautiful but also common if one takes the time to appreciate them. 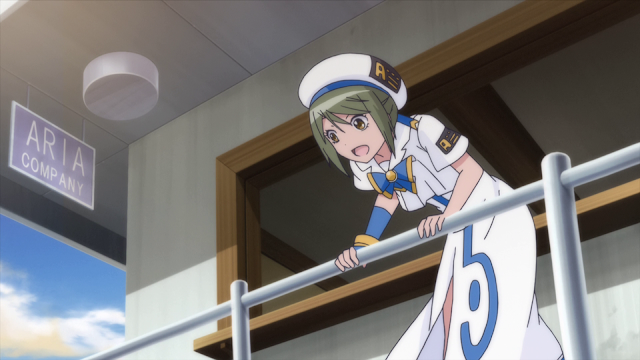 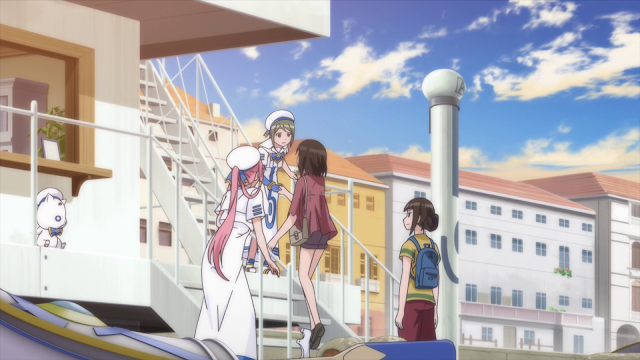 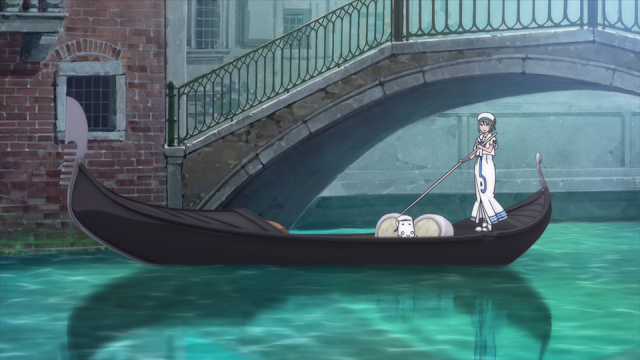 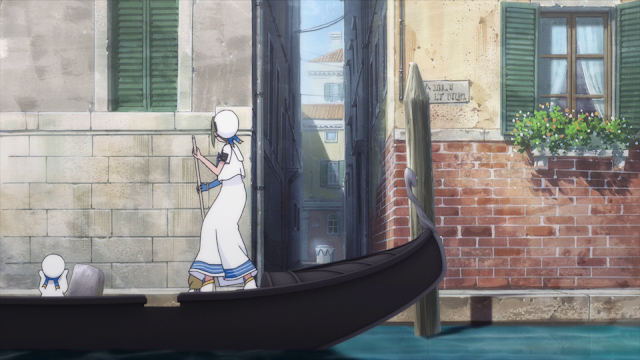 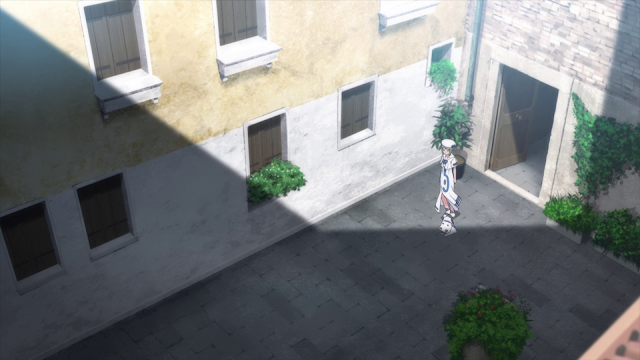 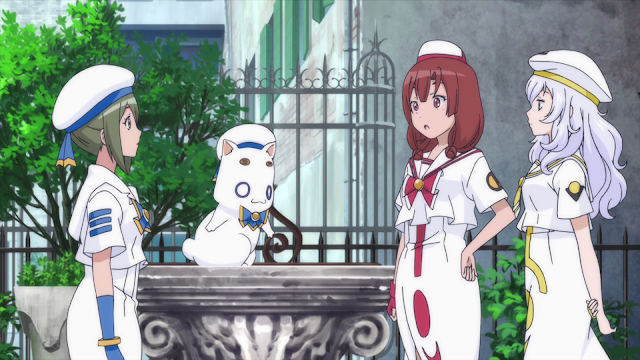 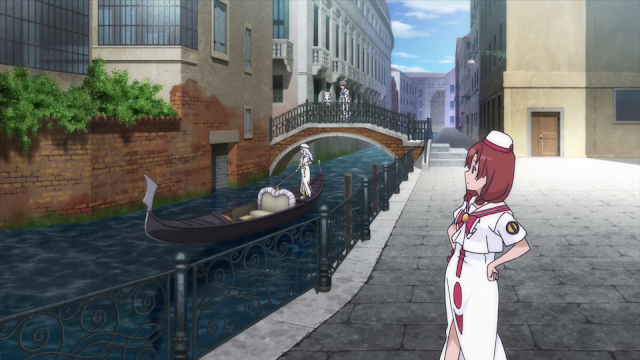 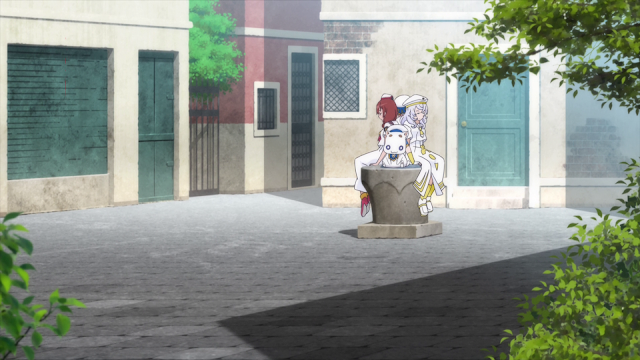 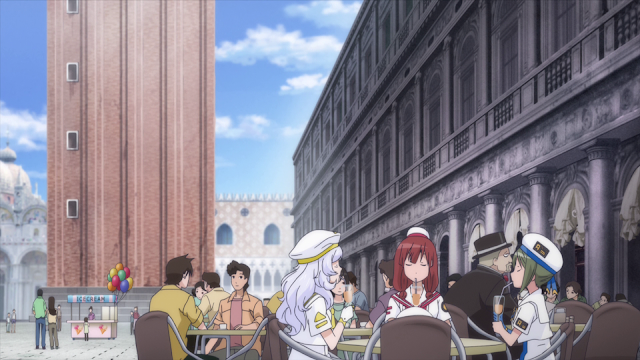 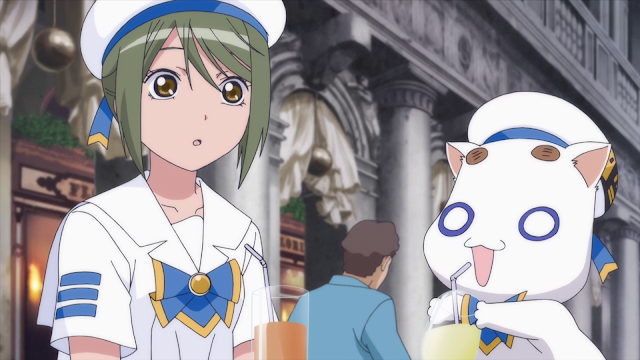 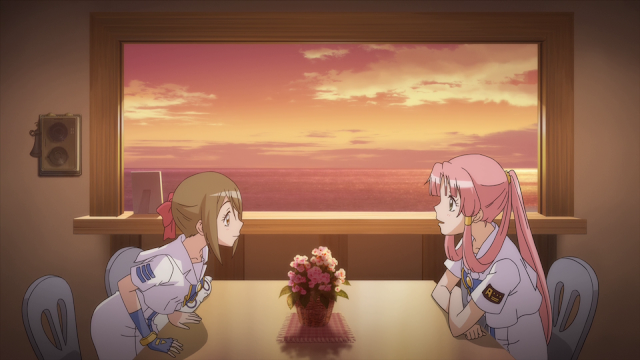 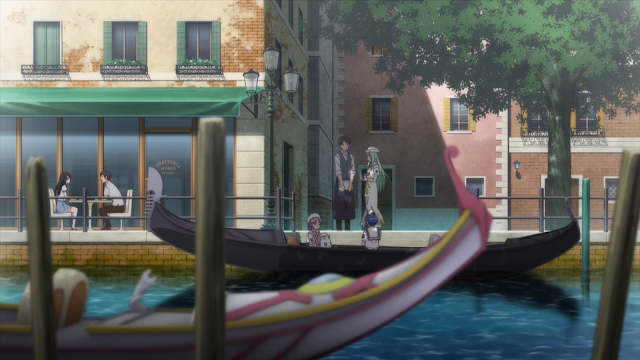 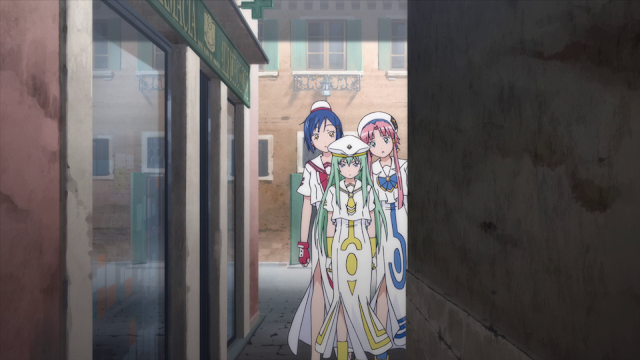 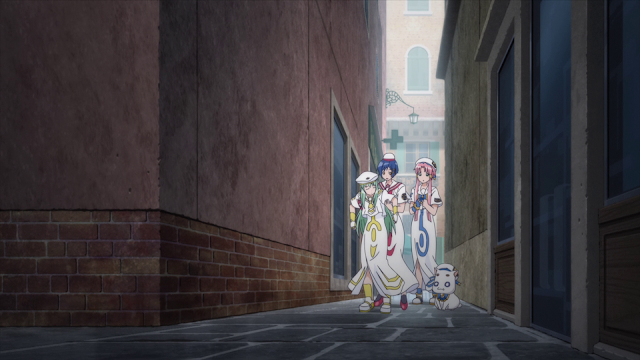 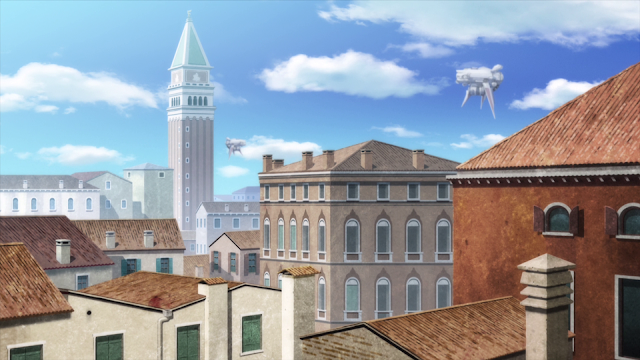 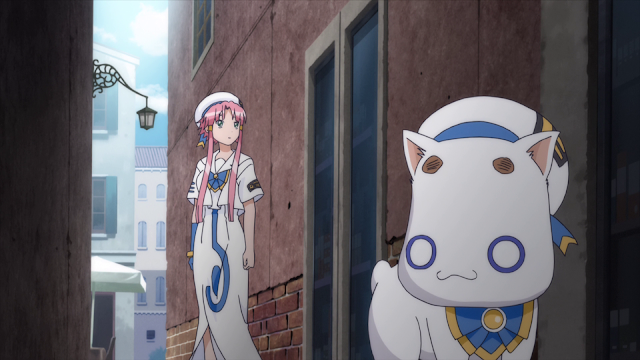 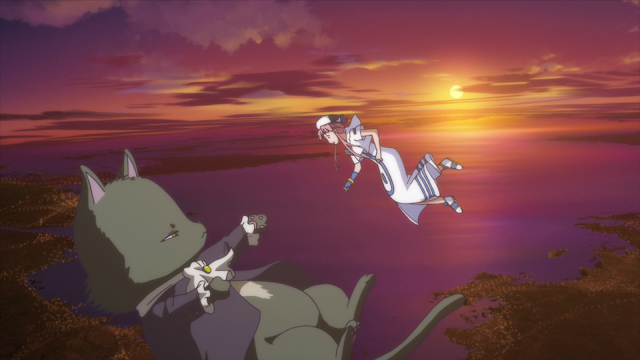 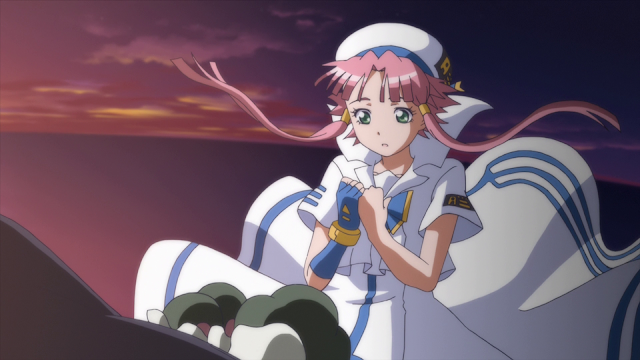 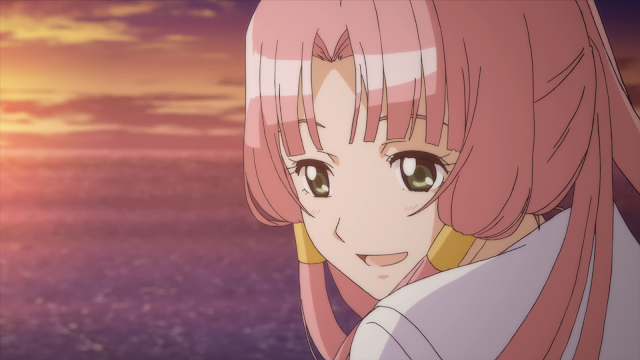 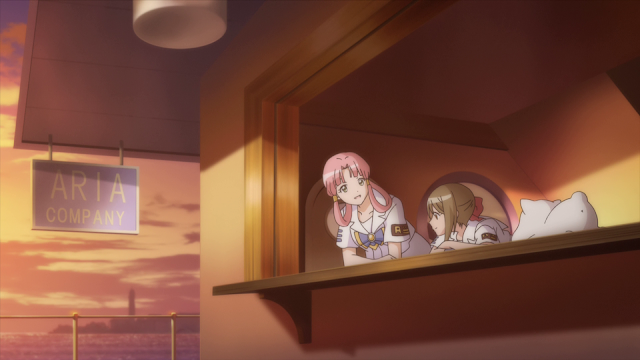 Having taken a look at the release schedules, it appears that Aria the Avvenire OVAs are being released with the Blu-Ray releases of Aria that commemorate the anime’s ten year anniversary. This means that there is an opportunity to go through one of the most widely acclaimed slice-of-life anime in high resolution and fully enjoy the atmosphere that Aria is meant to convey. With that being said, my situation has somewhat shifted since I posted the review to the first OVA, and I do not imagine it will be feasible for me to finish all of the Aria episodes before June. With that being said, I will nonetheless complete Aria; I’ve seen a great many slice-of-life anime, and in general, this is a genre that I’ve got no problems with. Slice-of-life anime with relaxing or comedic elements help me unwind, offsetting my usually busy days. This is why every season, I’ve always got at least one slice-of-life anime in my line-up. As far as Aria the Avvenire goes, I definitely enjoyed this episode, and will swing by to write about the third and final OVA once the opportunity presents itself.