“It is a principle of diplomacy that one must know something of the truth in order to lie convincingly.” —Tom Clancy, The Hunt for Red October

Around six months have elapsed between now and when The Origin‘s second episode aired. Casval and Char prepare to board a flight outbound for Munzo, but realising that there’s a price on his head, Casval plants an antique revolver in Char’s baggage and offers to swap places with him so the latter won’t miss the entrance ceremony. As Casval predicts, the flight is sabotaged. Now taking on the identity of Char Aznable and shedding his old name, he enrolls at the Zeon military academy and begins his training. His remarkable prowess for both physical and cognitive coursework eventually draws Garma Zabi’s ire, but when he looks after Garma following an accident during a training exercise, the two strike up a cordial friendship. A collision between a Federation and civilian vessel sparks unrest in Munzo, and when the Federation resorts to lethal force, Char suggests to Garma that they directly assault the Federation garrison on Munzo. Garma succeeds in rallying the other trainees, and in what would eventually become the Dawn Rebellion, manages to force the Federation forces to stand down. Char is given his iconic mask here by Lino Fernandez, his former roommate, and although the latter persists in trying to gain Char’s trust, Char views him as a future liability, orchestrating his former roommate’s death during the chaos while they attempt to take the Federation garrison.

This third episode of The Origin illustrates Char as a charismatic leader, whose remarkable talents is matched by a highly intimidating presence and uncommon skill in setting up situations to work in his favour. He views death as a necessary element in realising his plans, and bears sociopathic tendencies, feeling no remorse in sacrificing the original Char or Lino to drive his machinations forward. Despite these attributes, Char never comes across as arrogant; Char maintains a polite manner even while working to manipulate situations. In the original Mobile Suit Gundam, Char’s objective was revenge against the Zabi family, and to this end, he makes extensive use of deception to achieve his means. The Origin illustrates that Char is a deft hand at employing this deception even at the military academy, and in a way, he might be considered to be responsible for the One Year War by encouraging Garma to lead the rebellion against the Federation forces, driving hostilities between the EFSF and Principality of Zeon further. In the background, mobile suit development continues: with Dr. Minovsky announcing a miniturised fusion reactor, the mobile suits come closer to the forms that are seen in the Universal Century. 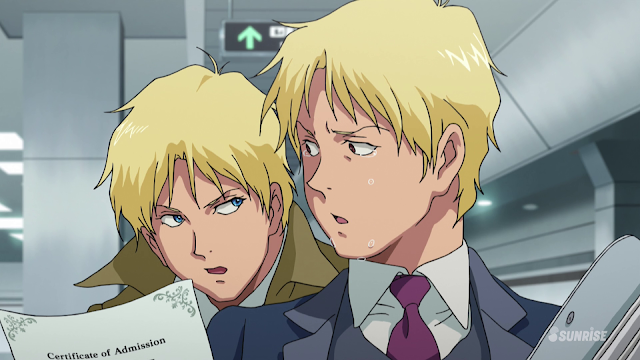 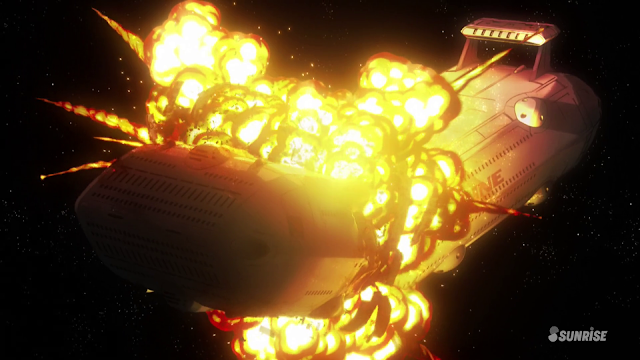 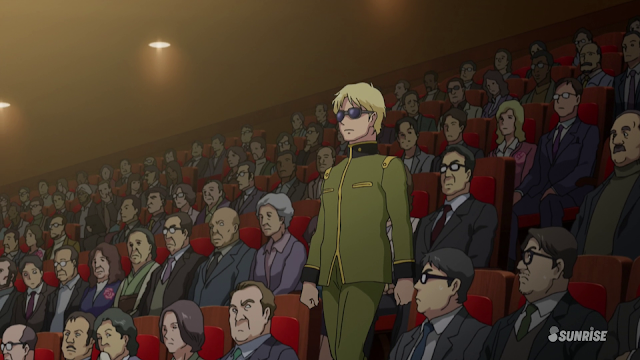 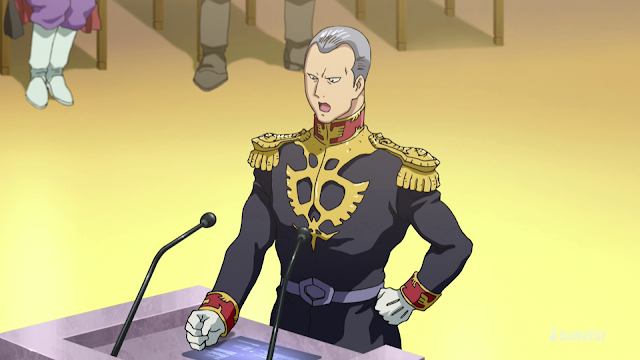 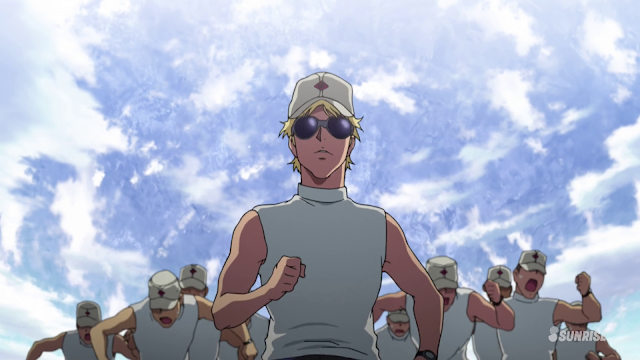 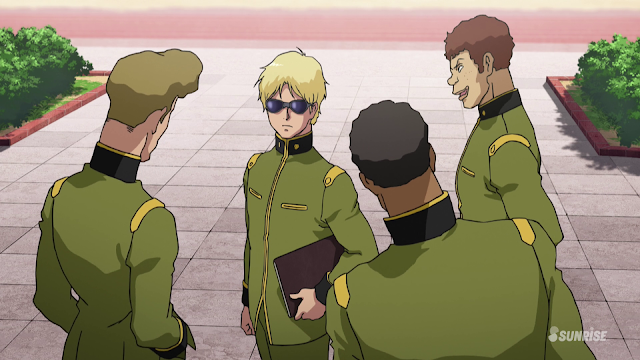 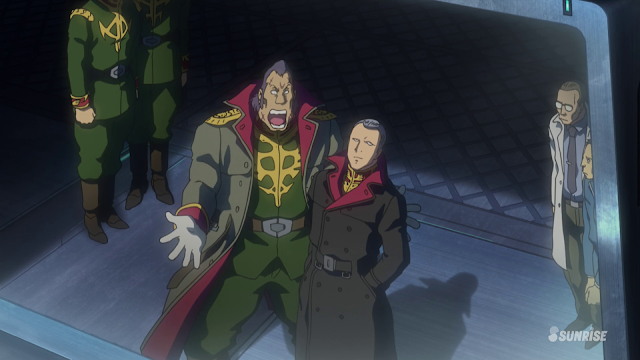 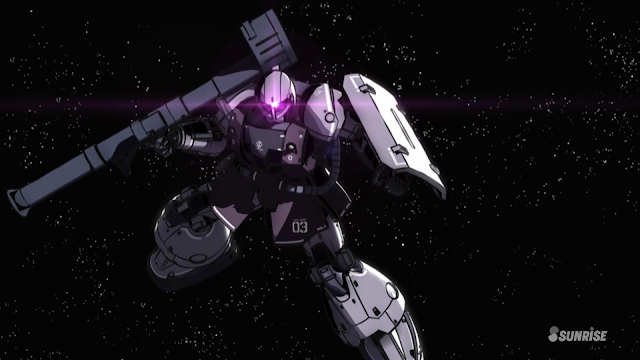 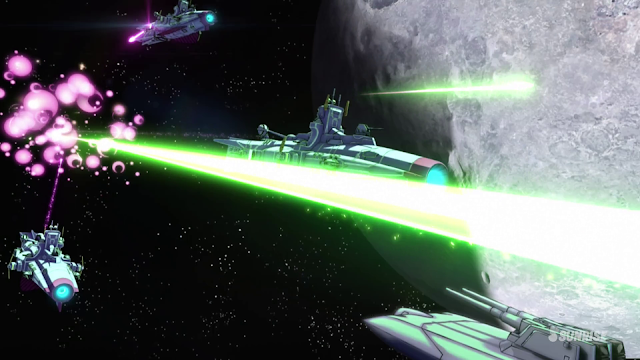 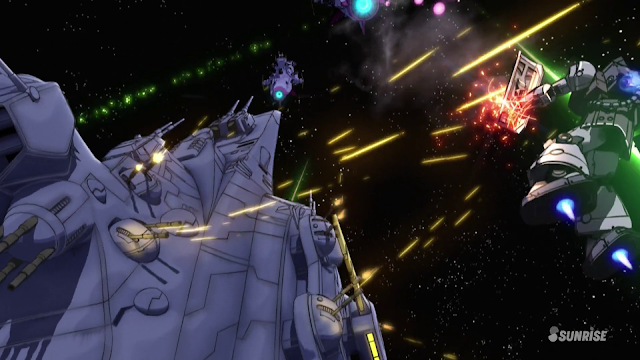 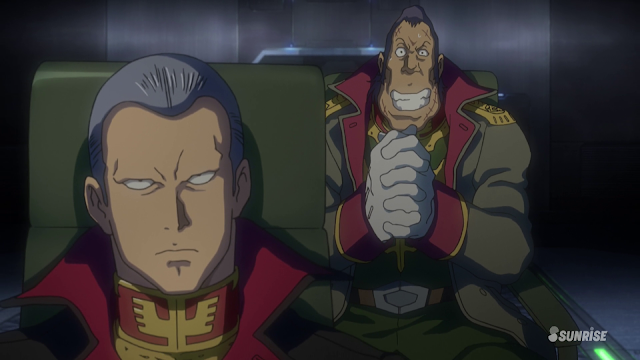 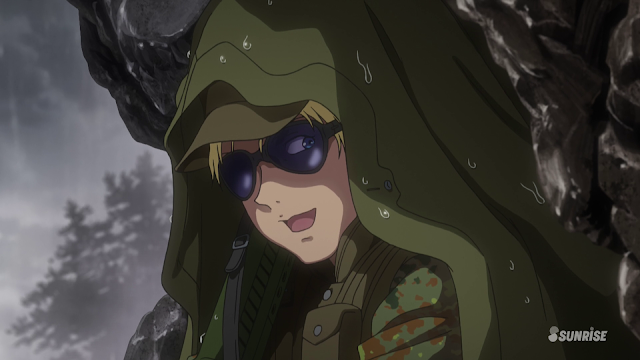 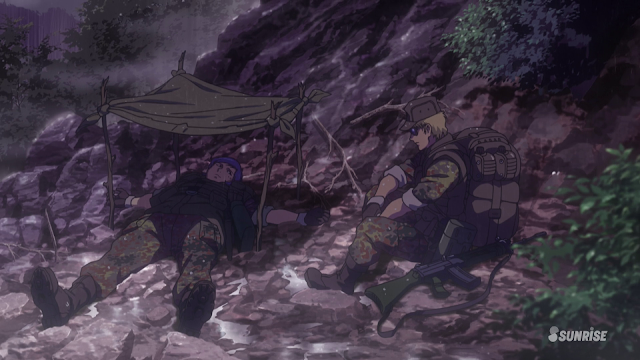 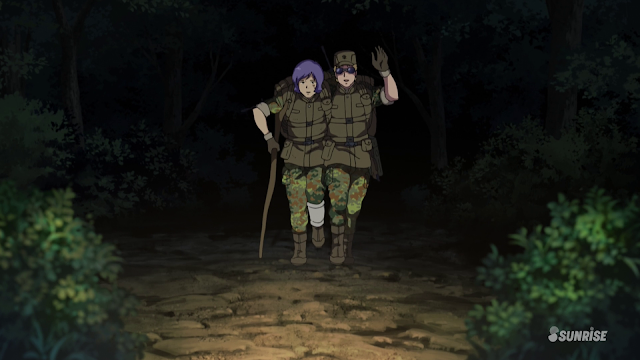 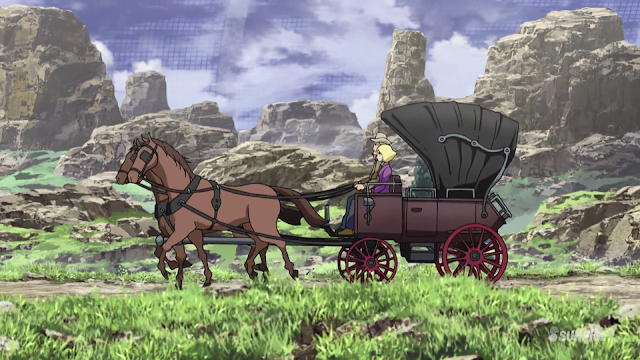 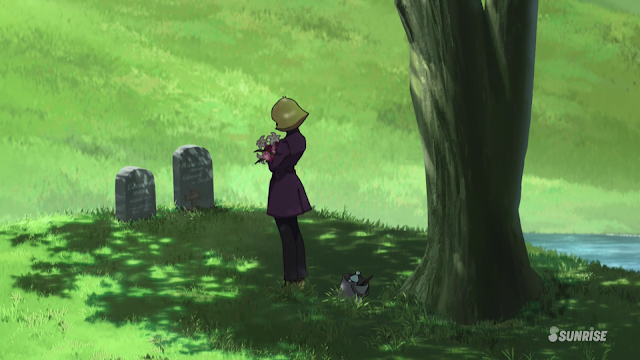 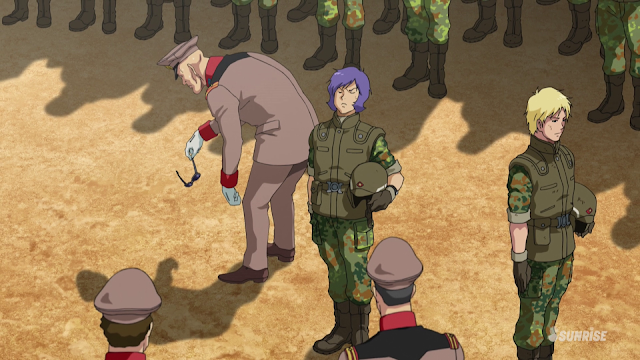 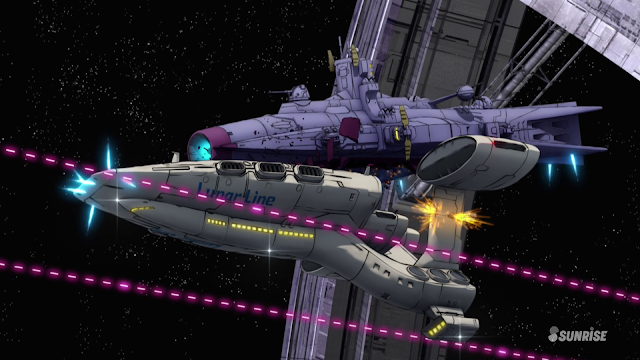 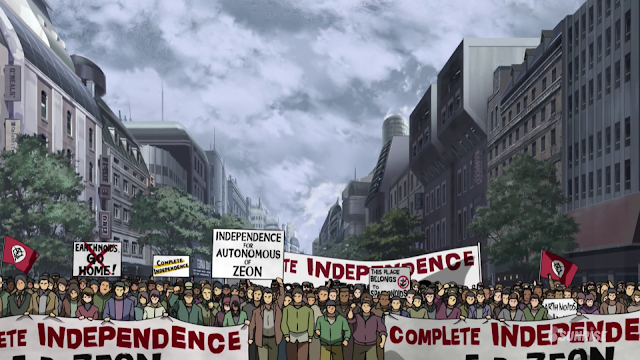 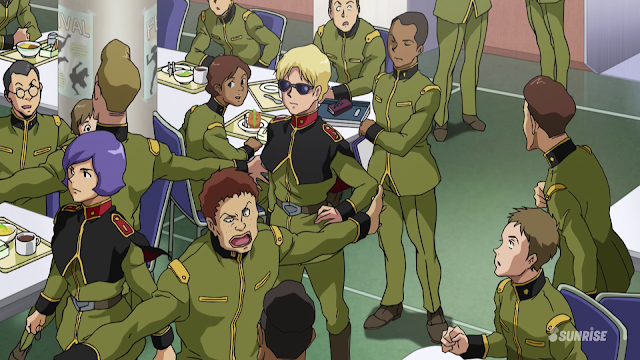 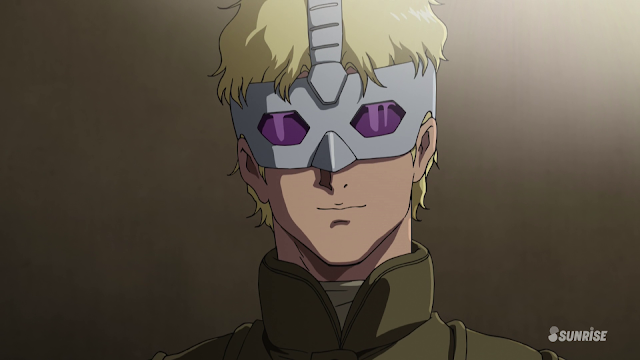 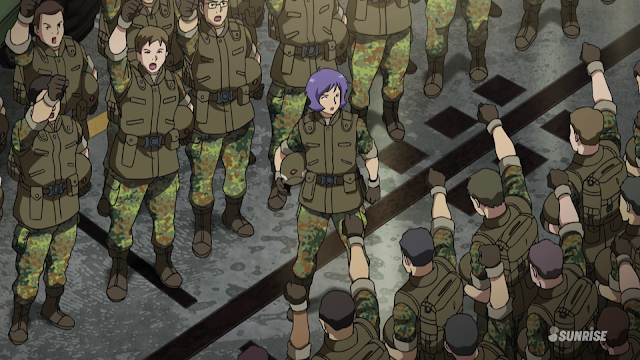 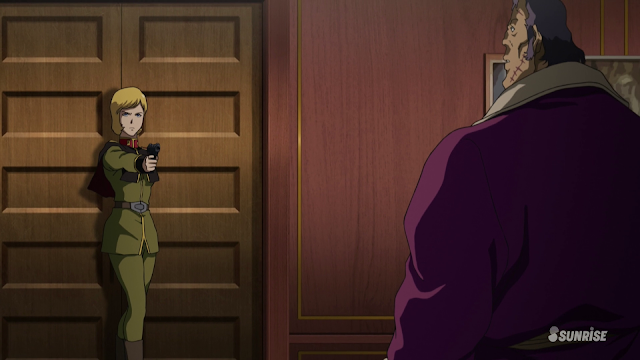 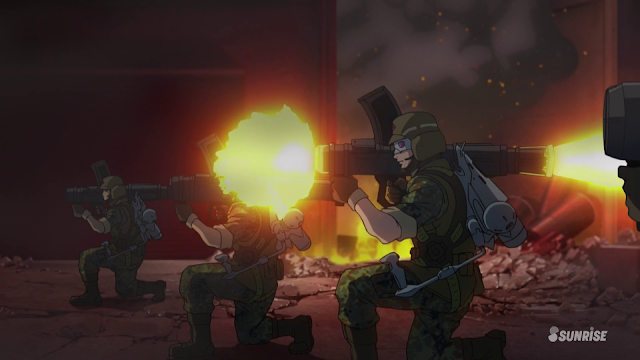 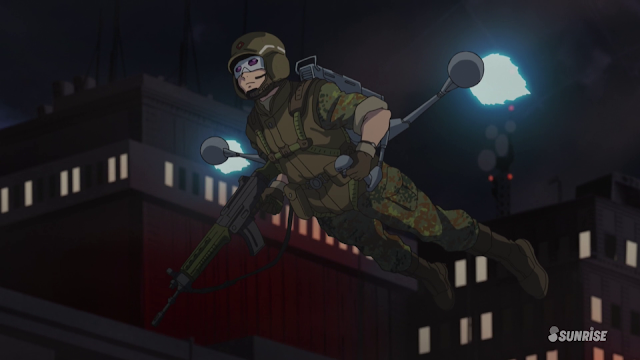 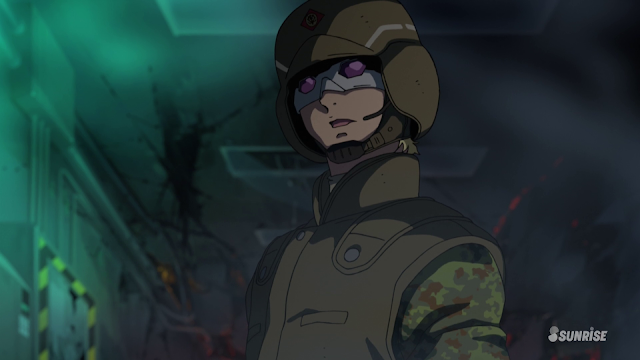 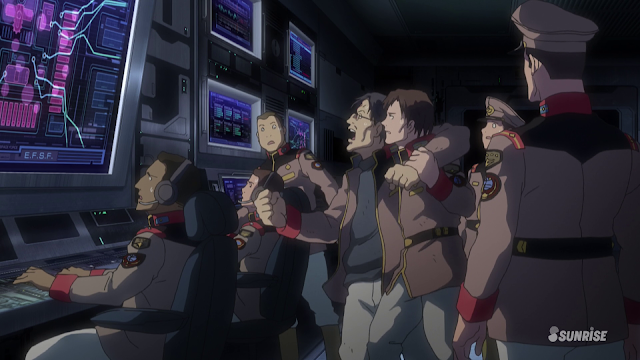 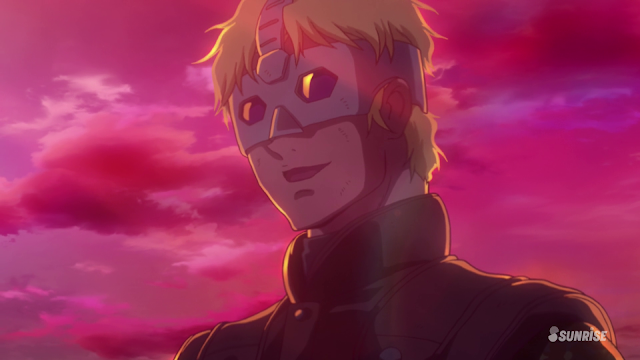 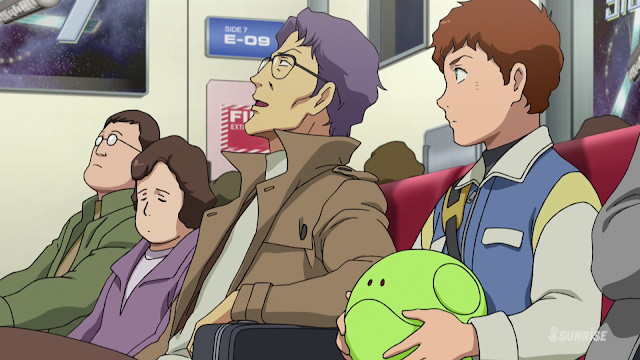 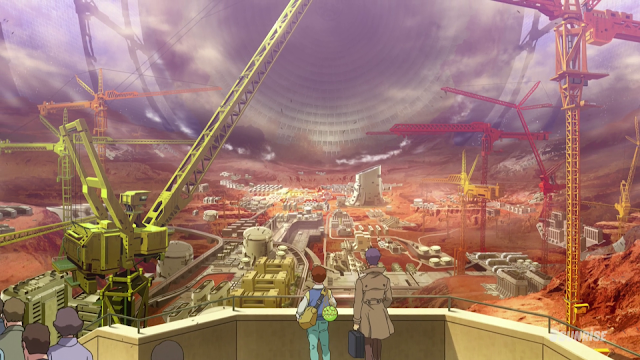 The Origin‘s third episode firmly establishes Char’s new-found identity, and as such, the stage is now set for Char to demonstrate his skill as a mobile suit pilot. Moving into the fourth and final of the OVAs, titled “Fateful Eve”, it’s likely that rumours about how it will follow Operation British and the Battle of Loum will hold true. This is logical; the third episode of The Origin wraps up during UC 0078, and the One Year War began in UC 0079. Although this war devastated both the EFSF and Zeon forces, it will be thrilling to watch the opening salvos of the One Year War (and perhaps even the One Week War) remastered. With a total of only four OVAs announced, it’s unlikely that all of the major battles during the One Year War will be shown, but given that Amuro Ray’s now made an appearance in two of the last three The Origin episodes, and the fact that the fourth OVA will cover a bit of Lalah’s background, as well as the RX-78 II’s development, it is possible that audiences will be treated to an HD, modernised version of Char and his Zaku II squaring off against Amuro’s RX-78 II. There is quite a bit of possibility as to what will actually happen in the fourth OVA, but at present, the fourth OVA’s release date is only enigmatically set as “early 2017”, which puts the release date as being at minimum, seven to eight months away.