“Take a look at the world…chaos…because people like you, paper-pushers and politicians, are too spineless to do what needs to be done. So, I made an alliance to put the power where it should be, and now you want to throw it away for the sake of democracy, whatever the hell that is. How predictably moronic. But then isn’t that what ‘M’ stands for…’moron’?”

— Exchange between C and M, Spectre

While the Harekaze is undergoing repairs and resupply, Maron decides to host an Equator Festival. Originally done in-universe to pray for smooth sailing, Maron is initially disappointed that no one shares her enthusiasm. However, with some encouragement from Kuro, and upon seeing Hime’s palanquin, the others rapidly get into the spirit of things. Spearheaded by a reinvigorated Maron, the festival is a great success, bringing Kuro and Akeno closer towards understanding one another in the process. Back at the Blue Mermaid’s headquarters, the brass organise Operation Perseus with the aim of securing the remaining vessels and inoculating their crew. The Harekaze is set to participate in the second task force, and Akeno steels herself for what will be the most difficult challenge she and the Harekaze will have faced up until this point. This week’s episode decisively brings the whole of the Harekaze’s crew under one banner: by this point in time, even Kuro has accepted Akeno’s leadership. This comes just in time as the Blue Mermaid’s command have finally decided to take direct action and bring back the remaining ships safely.

The tenth episode to Hai-Furi‘s title is similarly unique in that “Pinch” does not occur anywhere else. Intuitively, the episode itself marks the first time where there is no surface warfare or unexpected emergencies that the Harekaze becomes entangled in. This departure slows the pacing to show that in the aftermath of Wilhelmina’s return to the Admiral Graf Spee, the Harekaze’s crew have come quite a ways from when they started out in the first episode. Kouko’s back to her old self, and Akeno’s now more confident in taking charge, visible when she speaks with Kuro about Maron’s sulking. She’s later seen participating, not as an officer, but as a fellow classmate, in the festivities. This is the deep breath before the plunge, and the inclusion of a whole episode for festivities’ sake is probably to give the Harekaze a chance to fully recharge before the harrowing events in the upcoming episodes, as well as to offer an opportunity for Kuro to be more accepting of Akeno’s position as captain. With this solved, the Harekaze is wholly united just in time for the impending confrontation with the Musashi. 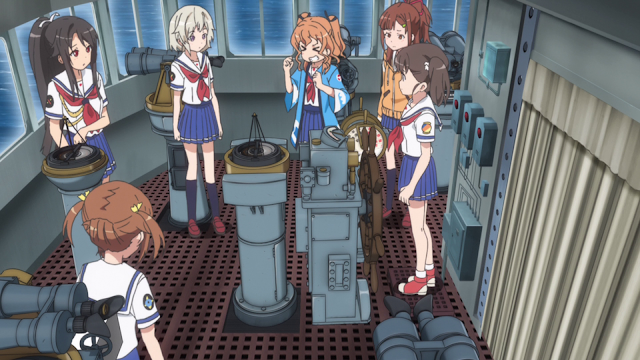 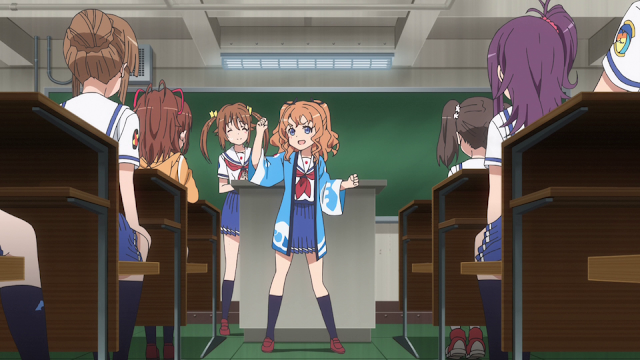 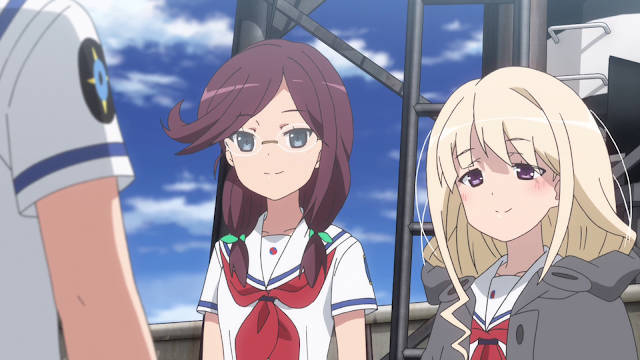 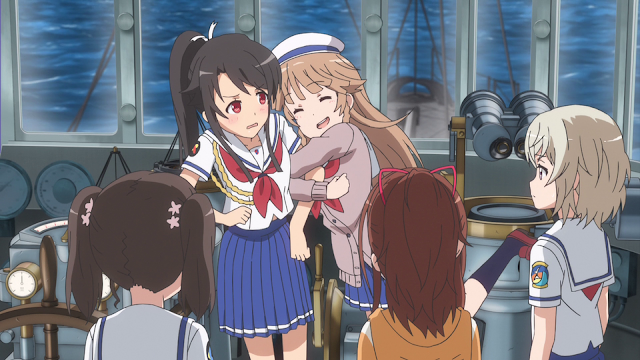 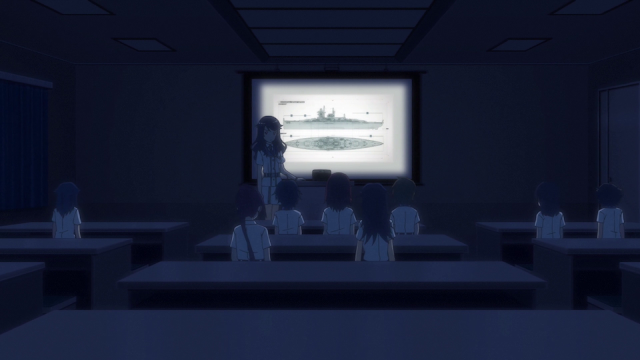 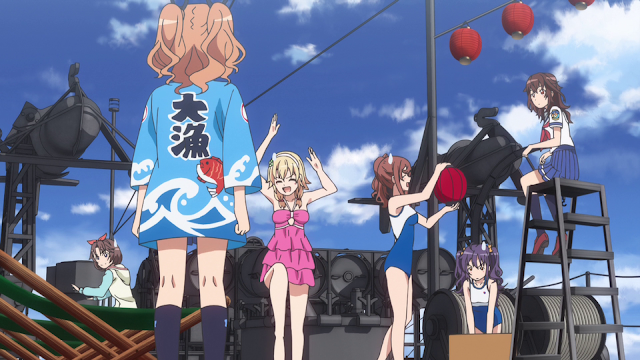 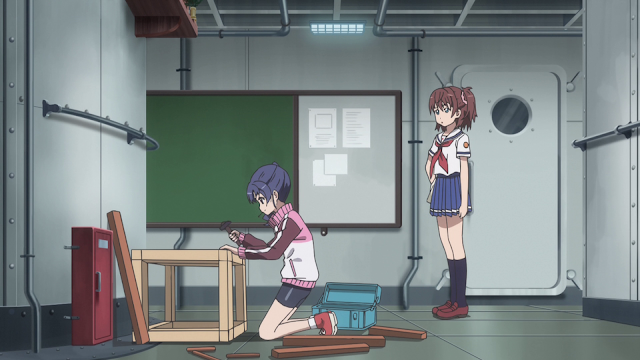 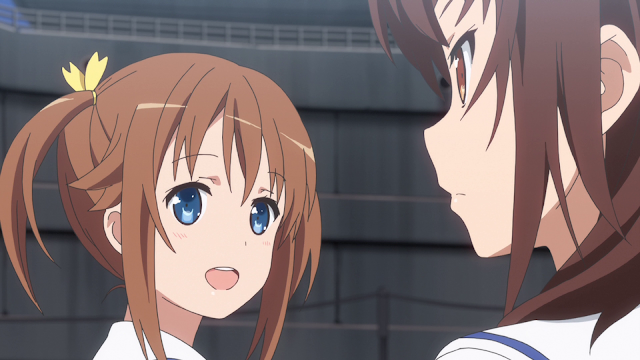 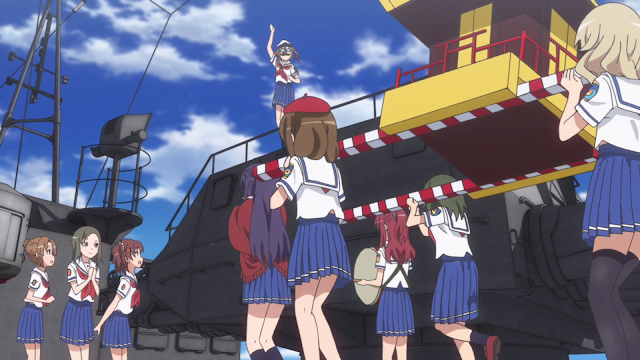 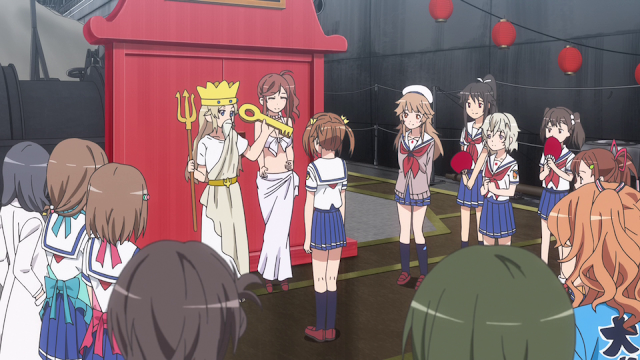 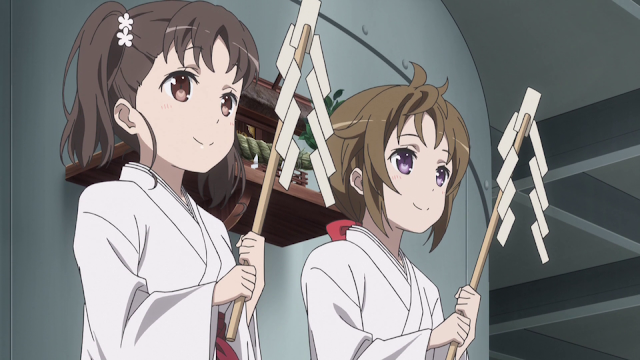 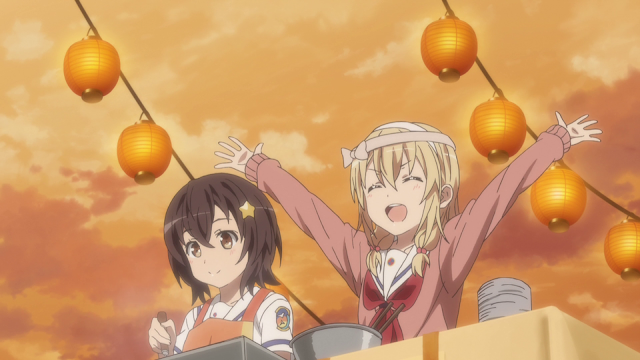 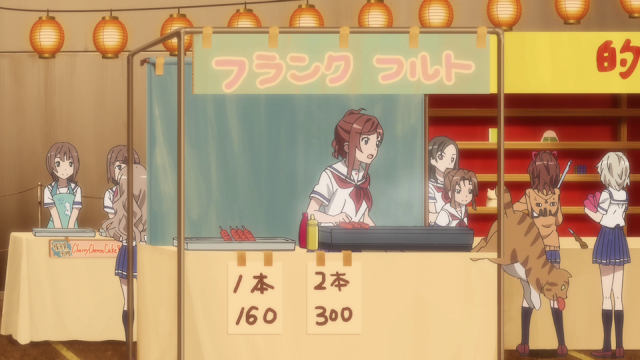 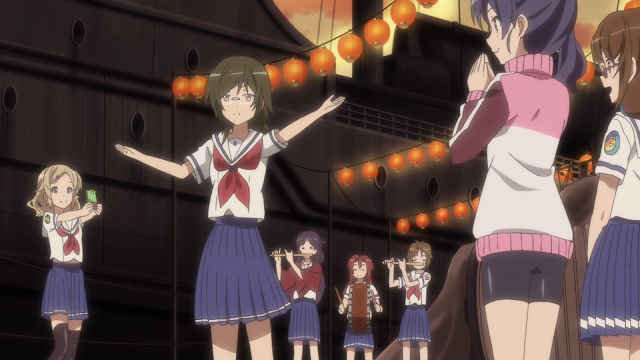 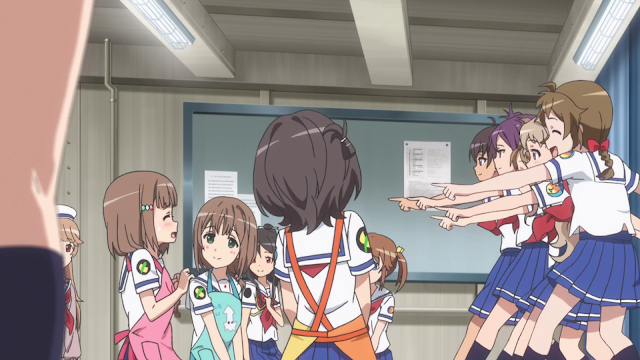 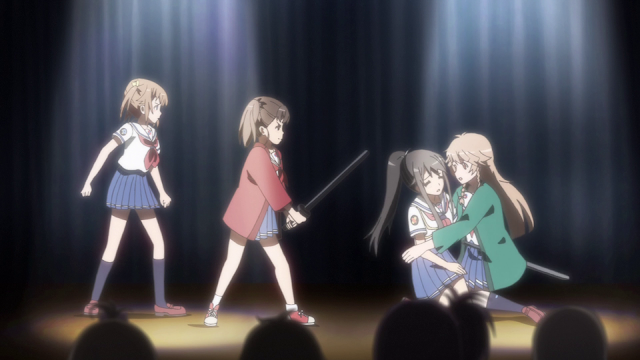 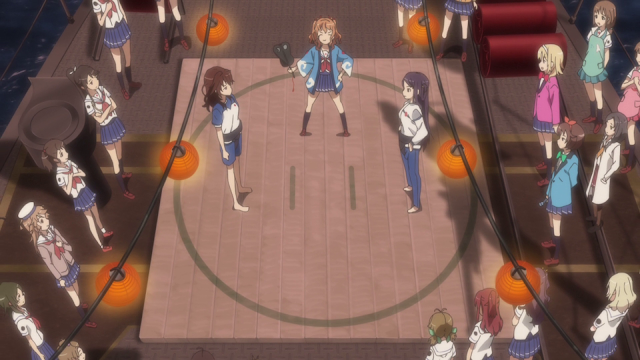 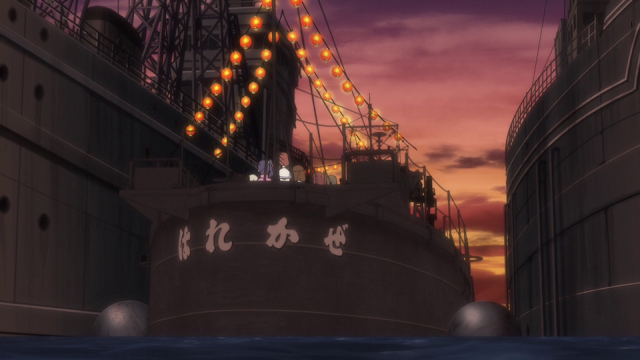 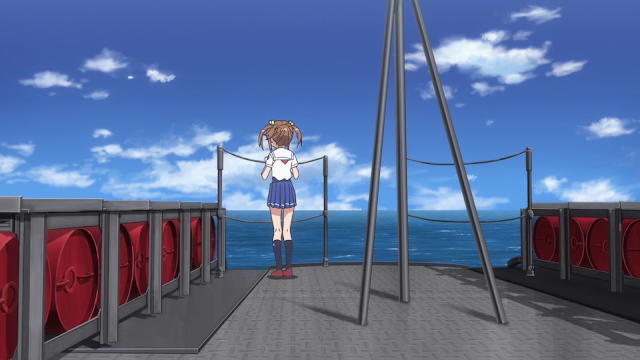 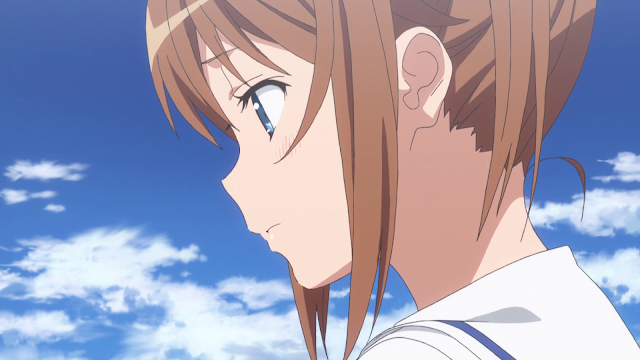 Early in this episode, some of the students helping the Harekaze’s maintenance and replenishment remark that the Harekaze’s exploits and adventures have become something of a legend amongst the other students. Considered to be a raggedy-ass bunch, that everyone has managed to pull through the various challenges thus far has impressed the other students. These statements are meant to accentuate that for better or worse, Harekaze is now ready to set sail for their final challenge of Hai-Furi. With the impending confrontation against the Musashi, the battle’s progression and outcome do not appear to be too difficult to predict: Hai-Furi‘s primary message does seem to be about friendship and cooperation, meaning that Akeno and the Harekaze will play a central role in securing the Musashi to save Moeka. However, the entertainment factor in the remaining episodes will come from just how this operation proceeds, and with only two more episodes left, I’m looking forwards to watching the final bit of Hai-Furi occur.