“Home is the nicest word there is.” —Laura Ingalls Wilder

After Nanako becomes enamoured with Awa Awa Girls’ PV, Nanako’s uncle announces that the Nagarekawa Girls will also be creating a video of sorts to boost public awareness of the Nagarekawa region and its specialities. Their initial cuts appear too forced, and Mirai is eventually chosen to be a director. The girls succeed in creating a public relations video that resembles a music video to capture the spirit of Nagarekawa. This Locodol OVA joins the ranks of the previous OVAs as being fun additions to Locodol, although being set in the middle of the year, watching Nanako and the others film a PR video was perhaps not quite as enchanting as the Christmas OVA. Nonetheless, this third OVA does showcase through the resulting video, that the most authentic representation of a region is simply to be honest in showcasing an area’s attractions and specialities.

The third Locodol OVA marks a return to the warm weather and easy-going pace of life in and around Nagarekawa that Nanako is familiar with. As Nanako and Yukari re-discover, it is this normality that her uncle is trying to depict in their video; there is no surprise that the final video and the process of gathering footage highlights Yukari and Nanako doing things at their own pace to complete their assignment. At present, it’s been almost two years since Locodol proper aired. However, the third OVA captures the same charm that made the Nagarekawa Girls unique as Local Idols: they’re not particularly flashy or distinct. Instead, they perform with the aim of putting their home town first; Yukari and Nanako’s shows, though not as coordinated or structured as those of the Awa Awa Girls, are very genuine. This mindset allows them to bring out the best in Nagarekawa, and becomes the reason why Nanako’s uncle and Saori feel that Yukari and Nanako’s performance is too rigid. Conversely, when everyone acts as they are wont, the video’s contents become more reflective of life in Nagarekawa, making it into the video’s final cut for the world to check out. 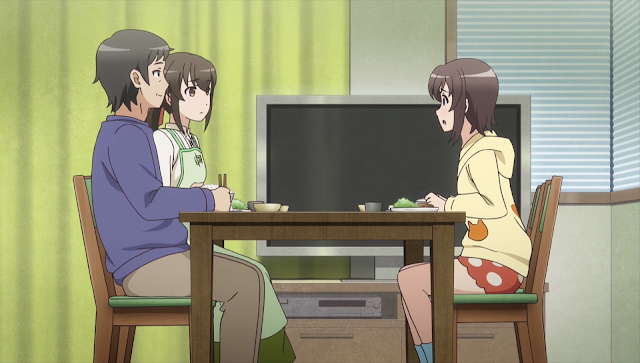 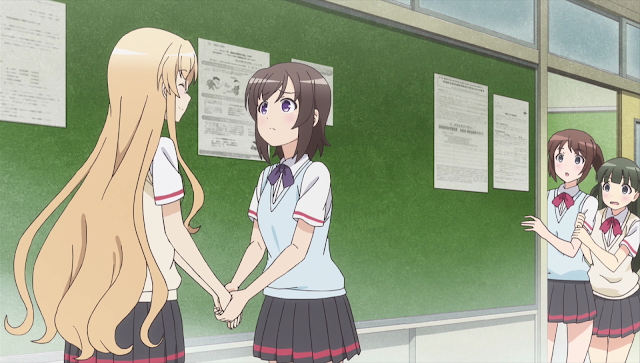 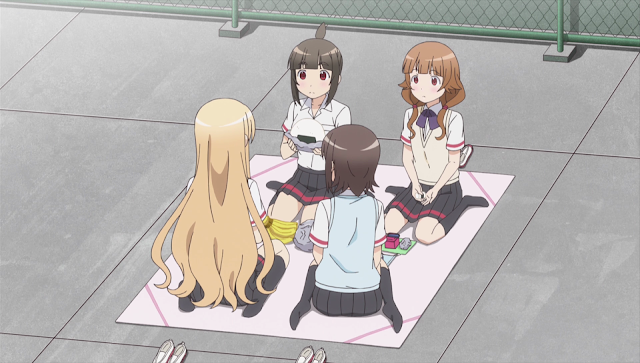 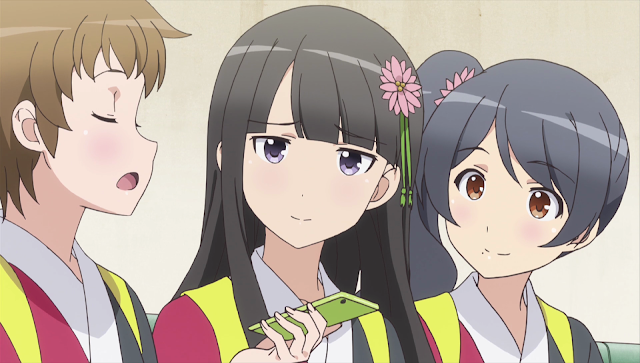 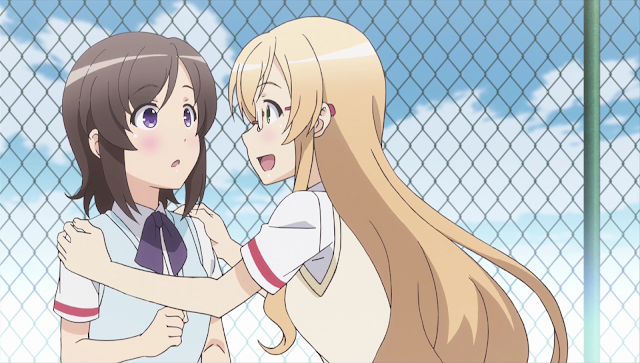 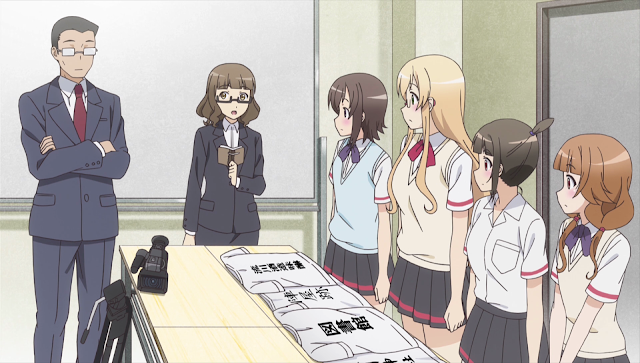 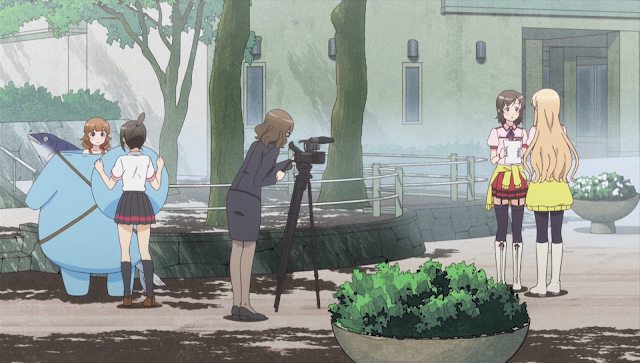 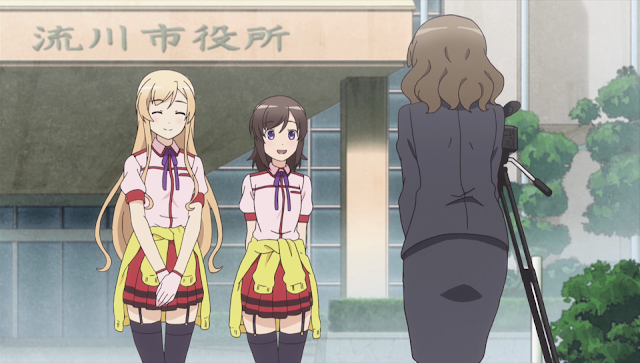 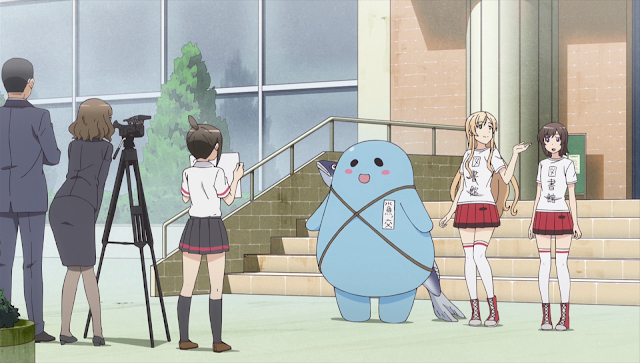 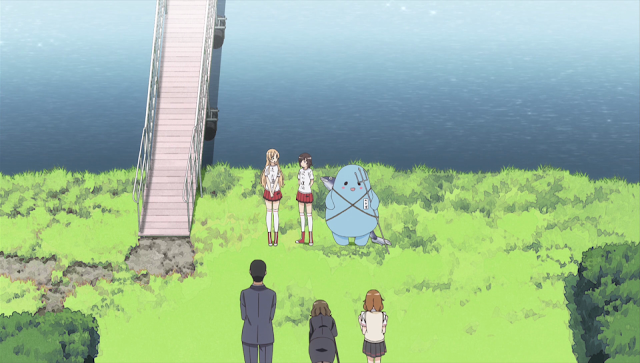 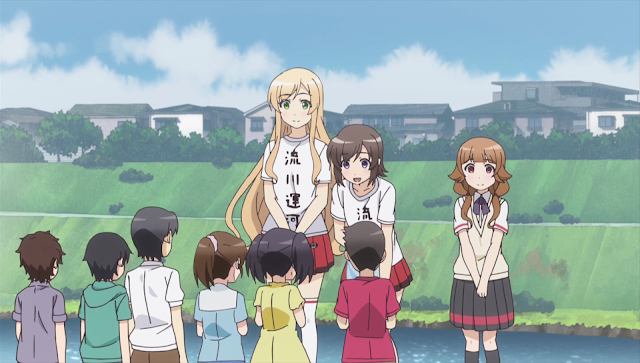 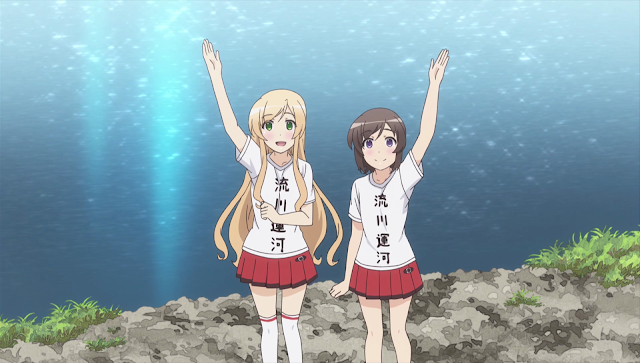 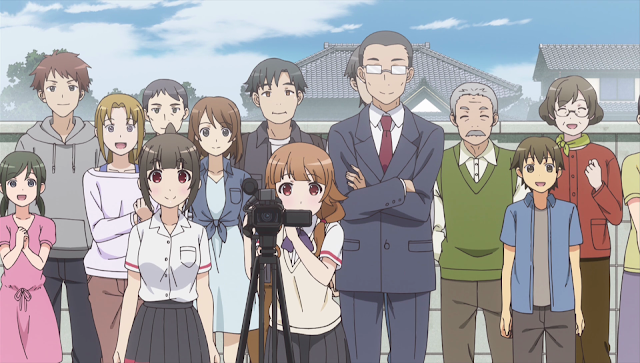 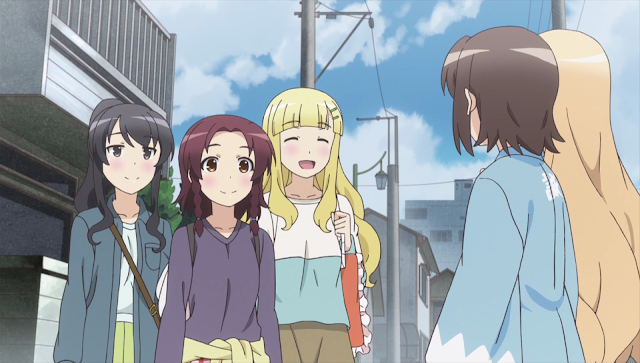 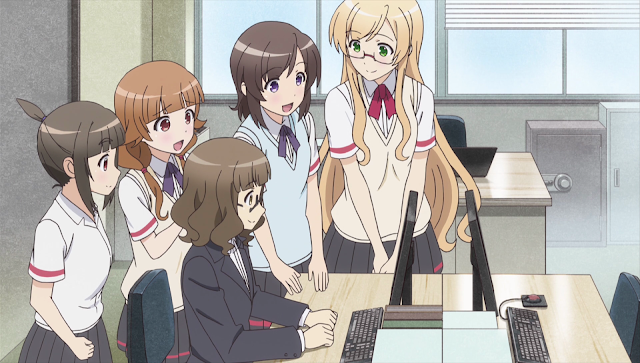 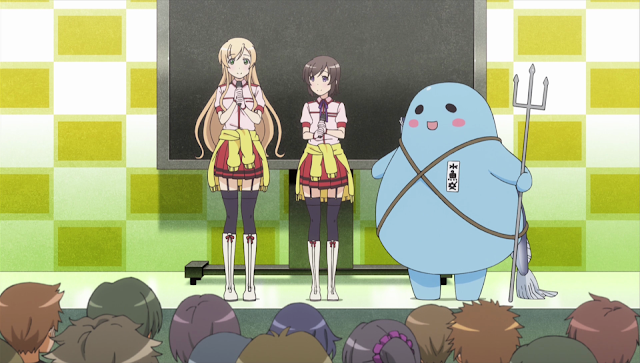 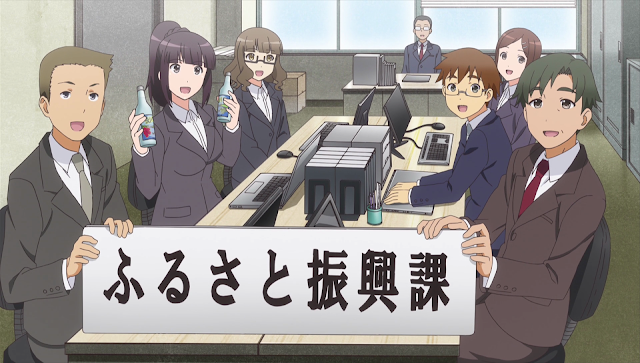 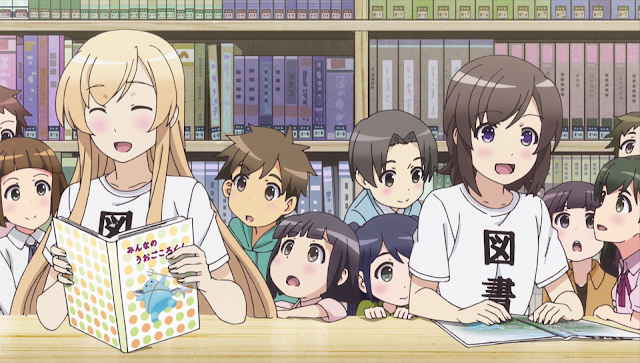 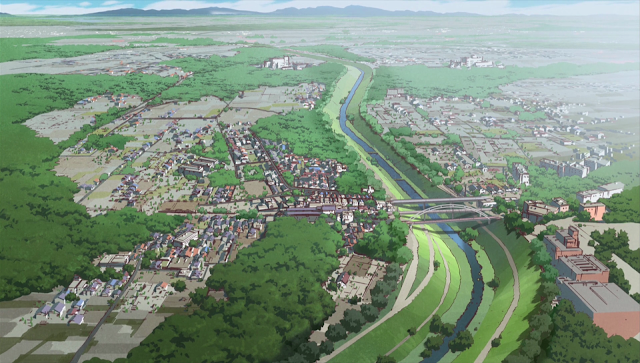 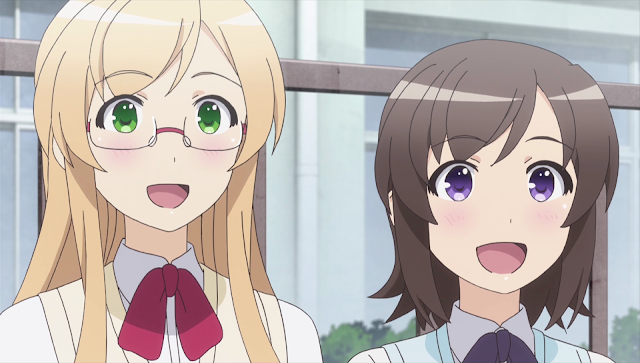 While discussions on this OVA are limited in scope and scale, watching Nanako and the others film a PV to promote Nagarekawa is reminiscent of the several opportunities I’ve had this year and in past years, where TV crews from local news stations visited our lab to film some of the research we carry out. Usually, the crews ask us to act as though the cameras are not present, and since the lab’s researchers are rather used to focusing on a demonstration or discussion, it’s surprisingly easy to act naturally. Granted, it can be somewhat more challenging knowing that a camera is present, but as Yukari and Nanako discover, they can be true to themselves on camera without too much difficulty. With that being said, my time with the university research lab is slowly drawing to a close: as of today, in this seven hundredth post, I’ve successfully defended my thesis in an examination lasting around ninety minutes. All that is left now is to apply some changes to the thesis paper itself, and then convocate in November. This brings the third Locodol OVA review to a close, and concerning any continuations, my thoughts have not changed since the Christmas post; while I would love to see more Locodol, for now, no new news have been released about a potential second season.