Towards the Miraculous Future: Aria the Avvenire OVA Episode Three Review and Reflection

The finale to the Aria the Avvenire OVA series follows Ai, Anya and Azusa as they create their own miracle to bring everyone together after learning that their seniors are exceptionally busy with their Undine work and will miss Athena’s musical performance. Taking advantage of the Acqua Alta event (Italian for “High Water”) that results in all their day’s duties being cancelled, Ai capitalises on the time to plan a party with Anya and Azusa for their seniors. Exhausted from her work, Alicia falls asleep and recalls when she first met Akari. It seems that Alicia has aspirations to bring change to the existing Undine Pair system that assigns Singles to a Prima and improve the existing system to encourage Singles to complete their training and become Prima themselves. As a long-established system, this is no trivial task. However, it was Akari’s presence at the Aria Company that eventually moves Alicia to pursue her wishes. Later in the evening, Athena’s singing reaches everyone, prompting Akari, Alice and Aika to recall the days they became Prima and wonder whether or not their paths will separate in the future.

Miracles form the basis for the last of the OVA’s themes yet again, except this time, Ai, Anya and Azusa’s planning of a party for their seniors to capitalise on an Acqua Alta event and bring everyone together illustrates that while there are some miracles that truly are spectacular and cannot be easily produced, miracles can take all forms and hold tremendous value even if it is as subtle as bringing friends together to share tea and pastry under the evening sun. The value of this gesture allows Alicia to remember her own dynamics with Akari. This suggests that just as seniors can leave a powerful impact on juniors, the reverse is true, as well; presumably, to encourage more Singles to complete their training and connect with their seniors more, Alicia chooses to pursue the goal of improving the Undine system for everyone’s sake. However, the true miracle of this party is seen at the very end: besides having brought everyone together, it manages to give everyone an unexpected but welcomed opportunity for listening to Athena’s musical performance. 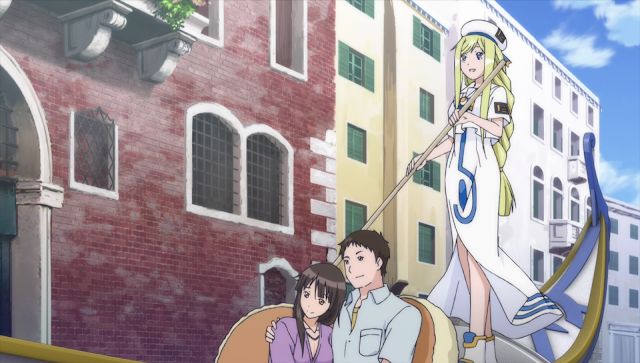 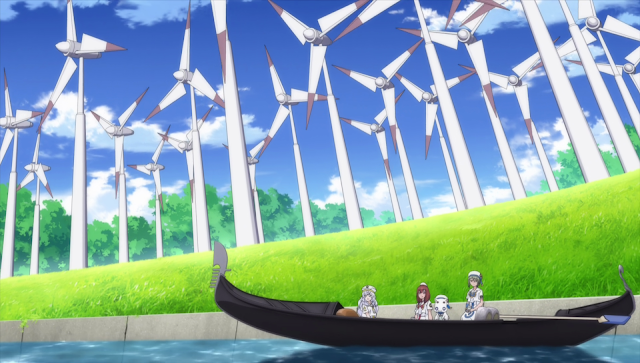 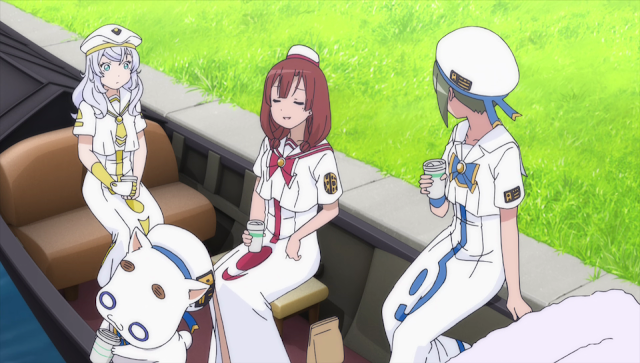 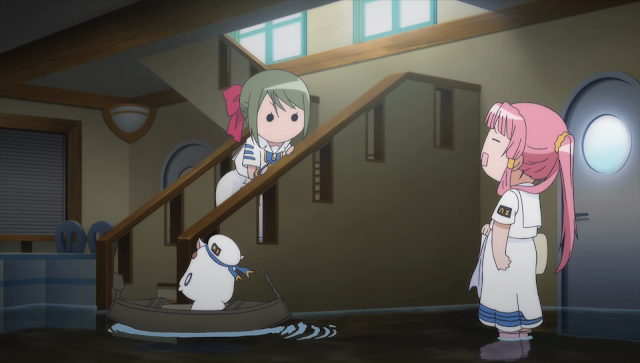 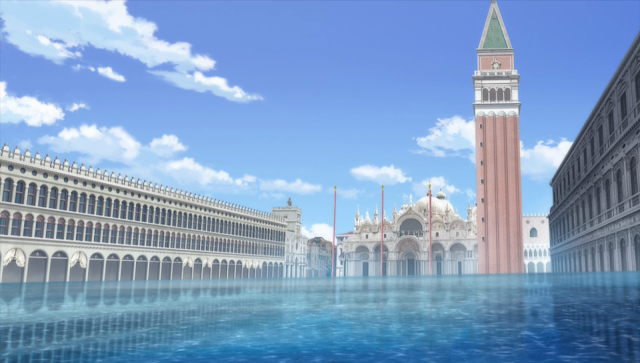 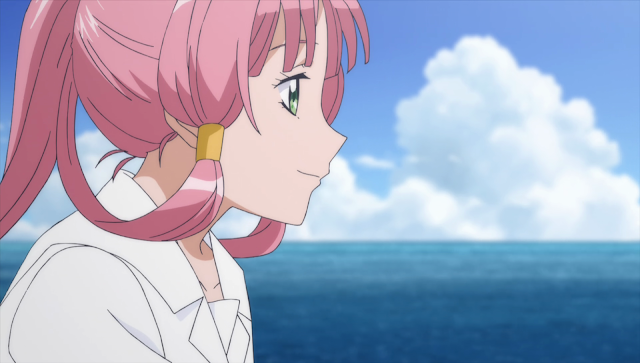 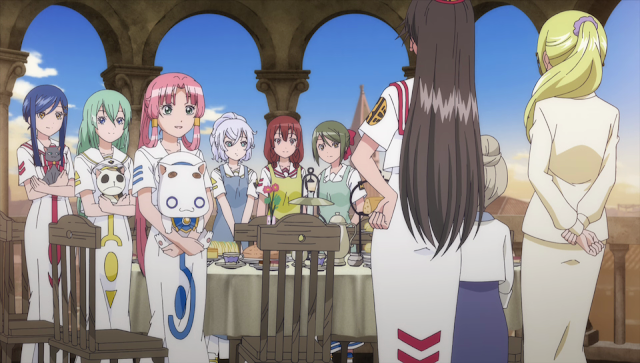 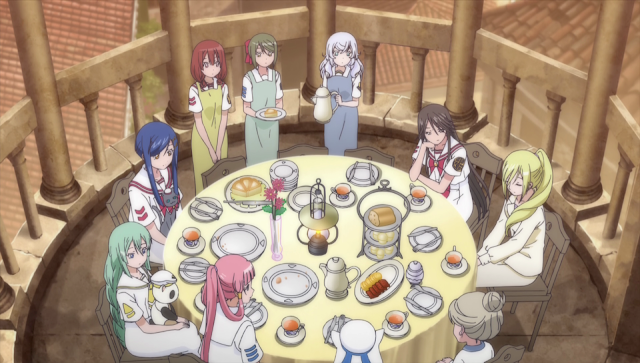 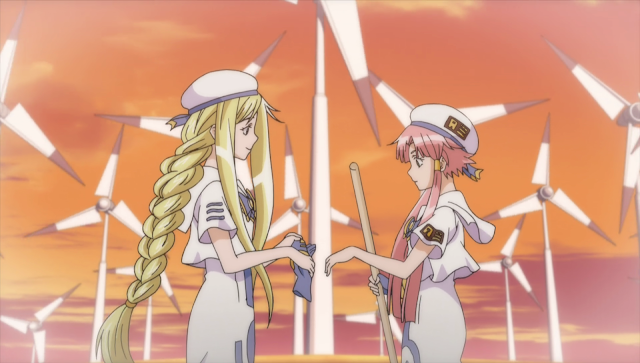 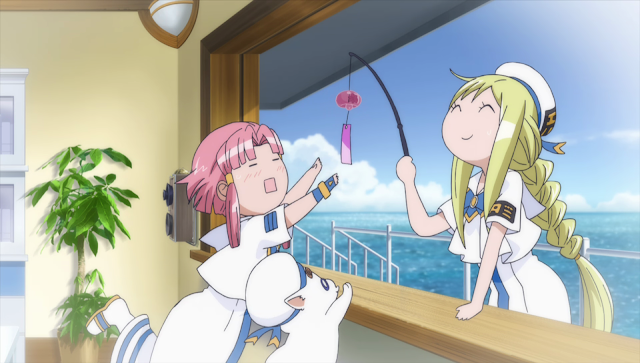 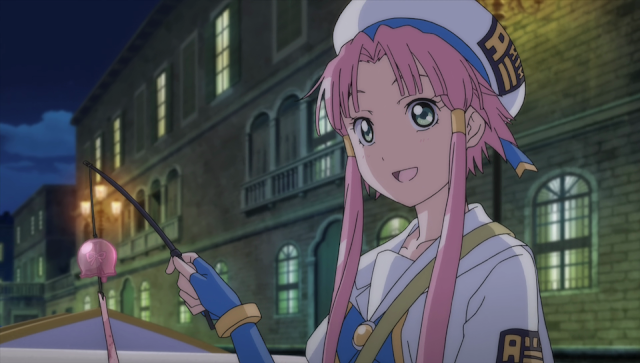 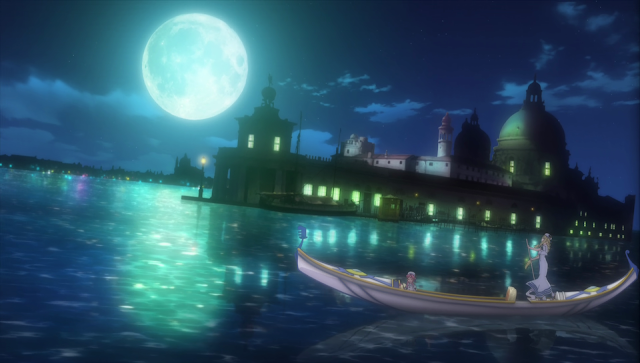 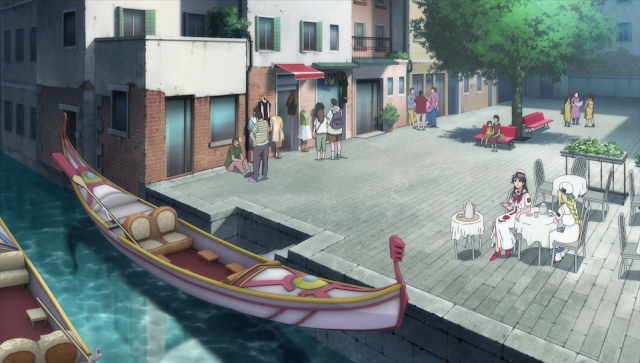 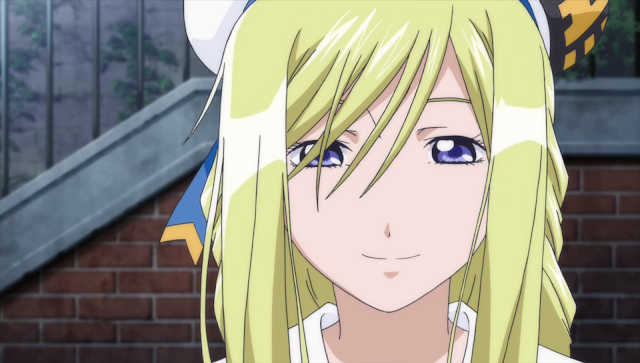 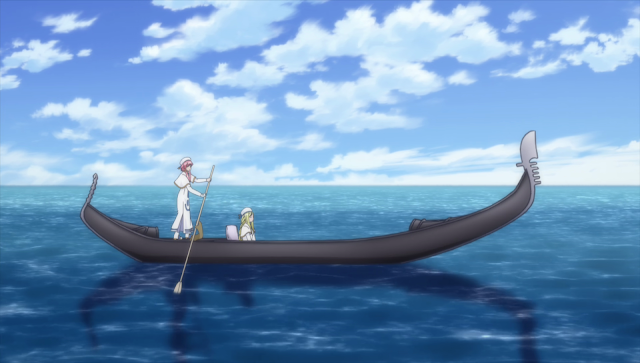 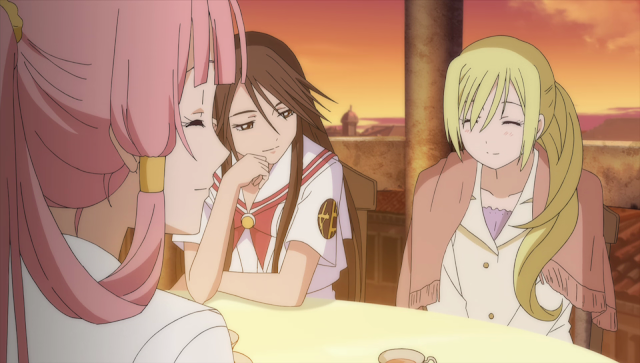 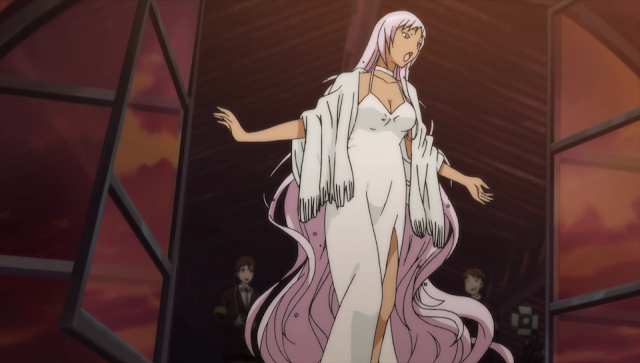 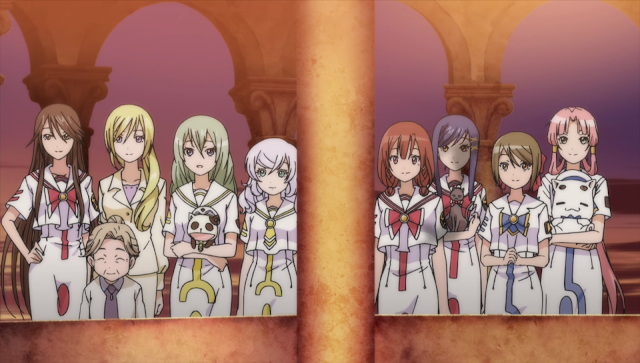 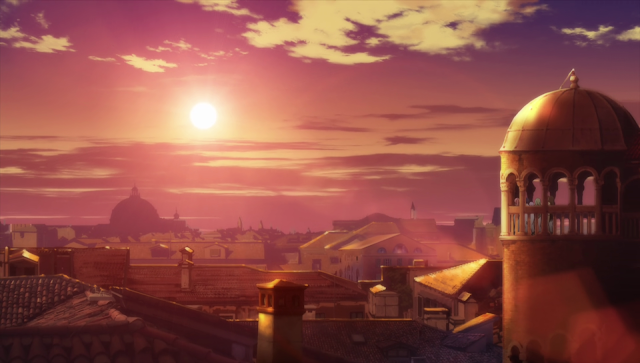 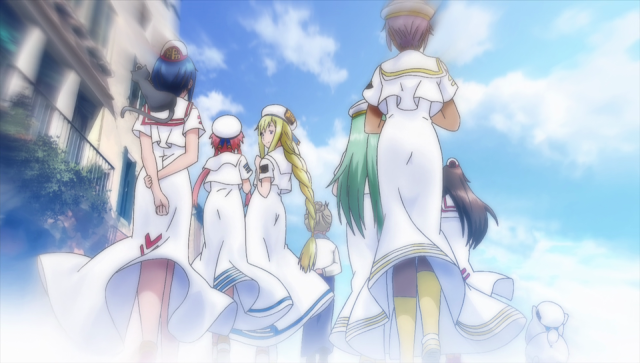 Besides miracles, the other theme for the finale deals with is a parting of the ways, and how the associated sorrow demonstrates the strength of bonds amongst friends. Happiness cannot exist without sorrow, and sorrow can be seen as a sign that people care. This is a fitting theme for the last of the Aria the Avvenire episodes, reminding the viewers that their own feelings as the Avvenire OVAs draw to a close are a reminder that they genuinely enjoyed the anime. The Avvenire OVA series is plainly intended for audiences familiar with Aria as a whole, and in speaking quite openly about endings and the value of memories that are created over time with those around one, this finale suggests that the Avvenire OVAs might be the last animated incarnation of the Aria manga for the foreseeable future. With the OVAs now over, I’m presently looking to begin the series proper now such that I may explore the world of Aqua in greater detail: the only question that remains is when I will actually do so.

4 responses to “Towards the Miraculous Future: Aria the Avvenire OVA Episode Three Review and Reflection”