Yūki Yūna is a Hero: Full Series Review and Recommendation

6 Comments Posted by infinitezenith on August 4, 2016

“Few things in the world are more powerful than a positive push. A smile. A world of optimism and hope. A ‘you can do it’ when things are tough.” —Richard M. DeVos

Yūna Yūki is a member of her middle school’s Hero Club, devoted towards lending a helping hand to all who require it. When mysterious entities known as the Vertex appear, Yūna and her friends wield the power of a Hero in order to defeat these enemies and protect the Divine Tree at their behest of the Taisha, their benefactors. However, the Hero system has a lethal trade-off, and as the Hero Club continues engaging the Vertex, they begin losing body functions as a result of awakening their powers. Faced with the prospect of fighting for the Greater Good at their own expense, Yūna and her friends’s predicament drives the narrative behind Yūki Yūna is a Hero (Japanese title: Yūki Yūna wa Yūsha de Aru): this is a magical girl series released back during 2014’s fall season and shares numerous similarities with Puella Magi Madoka Magica. Among these similarities include a terrible truth about the system the heroes are fighting to protect, the characters’ temperaments and their portrayal as being alone in their struggles, the concept of fighting enemies in an extra-dimensional space and even elements in the soundtrack. Yūki Yūna is a Hero exists in the shadow of Madoka Magica, and although the series’ merits are contentious owing to the numerous elements shared, Yūki Yūna is a Hero manages to differentiate itself from Madoka Magica with respect to its central thematic element.

In comparison with Madoka Magica‘s magical girls, Yūki Yūna is a Hero‘s heroes are chosen by the entity known only as the Taisha based on their amplitude. Yūna, Mimori, Fū, Itsuki and Karin are heroes as a consequence of a decision that they have no part in, and this difference sets Yūki Yūna is a Hero apart from Madoka Magica, where the girls take on the role and responsibilities of a magical girl because there was something they desired enough to give up their life for it. The singular problem of choice is thus stripped away from the girls in Yūki Yūna is a Hero: the anime explores how individuals might react to an undesirable truth in the knowledge that they never had a choice to begin with, and consequently, as Yūki Yūna is a Hero progresses, the actions that Fū and ultimately, Mimori undertake imply that in situations where individuals are drafted into a role without knowing the full picture will almost certainly experience considerable difficulty in accepting the reality when it becomes available. Similar points are brought up in Harry Potter and The Deathly Hallows: Harry constantly is haunted by how much Dumbledore had kept from him, and while Dumbledore held his secrets ostensibly in the name of keeping Harry safe, this also becomes a liability when Harry sets out to destroy Voldemort’s Horcruxes. In both cases, the appropriate course of action is a compromise, to let individuals know enough of the picture to carry out their task, but not disclose all details as to impede their progress. The Taisha very nearly become undone when Mimori is overwhelmed by the truth, and given their circumstances, Mimori and Fū’s responses are plausible reactions.

By removing the option of choice presented in Madoka Magica, Yūki Yūna is a Hero illustrates what happens in a system built on information hiding, but further suggests that people are strong: it’s ultimately Yūna’s belief in what she feels is right, and her ability to protect her friends, that allow her to annihilate the Vertexes and all threats to their world. In contrast with Madoka Magica, which insists that efforts and hope must give way to despair, Yūki Yūna is a Hero aims to present the opposite, showing that despair and failure is overcome when individuals with strong enough bonds and conviction strive to make a difference. There are no elements of Nihilism in Yūki Yūna is a Hero, and self-sacrifice is not painted as a preferable option. Paired with the fact that Yūna and her friends manage to make the most of things despite fighting a war they never chose to participate in, Yūki Yūna is a Hero winds up being more optimistic in nature than Madoka Magica. Some individuals regard this as a failure in Yūki Yūna is a Hero, suggesting that self-sacrifice is a heroic attribute in and of itself (by this logic, to shy away from self-sacrifice is to renege on what being a hero means, and this is completely false). However, this assumption is incomplete, failing to account for intent in a hero’s actions. It is this intent, the will to make a difference for the betterment of others, and the acceptance that some sacrifice will be required, that defines a hero. Like Harry Potter in The Deathly Hallows, who intended to die to Voldemort and spare his friends, Yūna is prepared to do what is necessary with the aim of saving her friends. This determination and resolve makes Yūna a genuine hero worthy of considering herself thus. When everything is said and done, the experience that Yūki Yūna is a Hero confers on audiences is a decidedly different one than that of Madoka Magica: it is not to say that one is intrinsically better than the other, but rather, that each magical girl anime present a different take on what life as a magical girl is like. 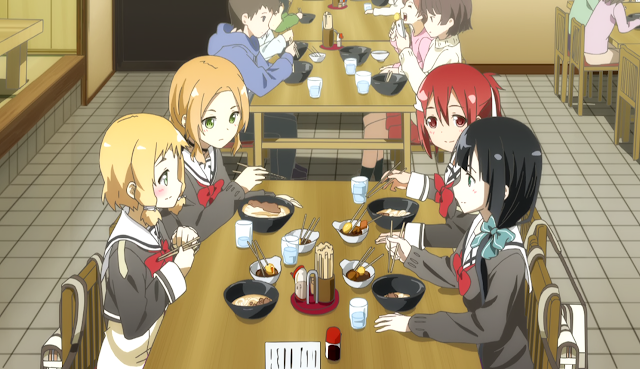 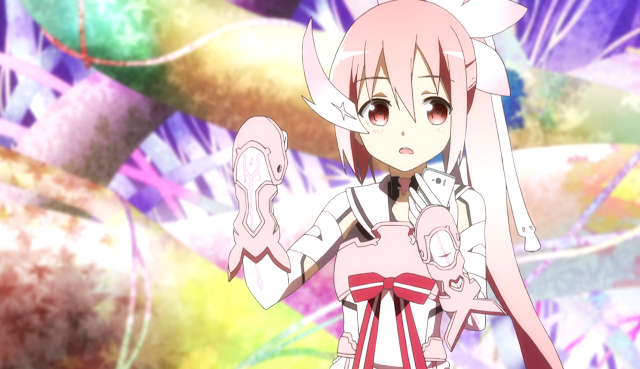 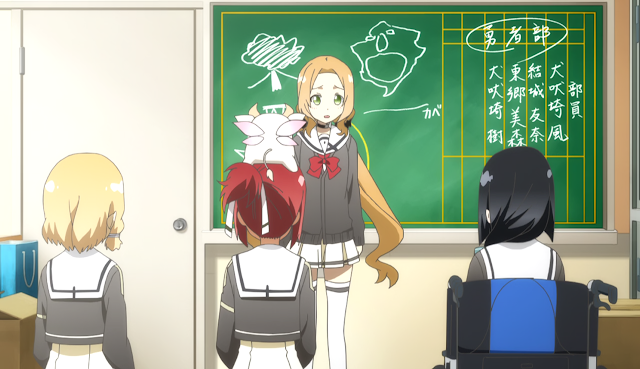 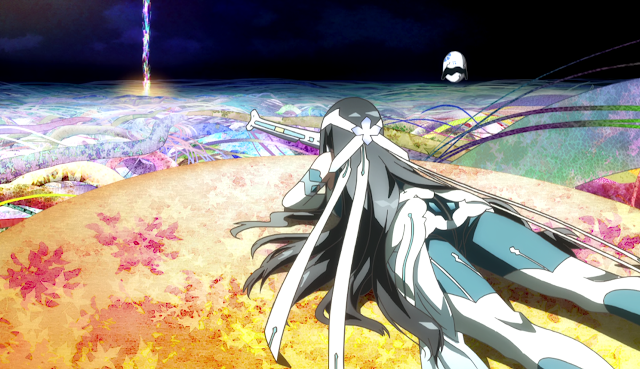 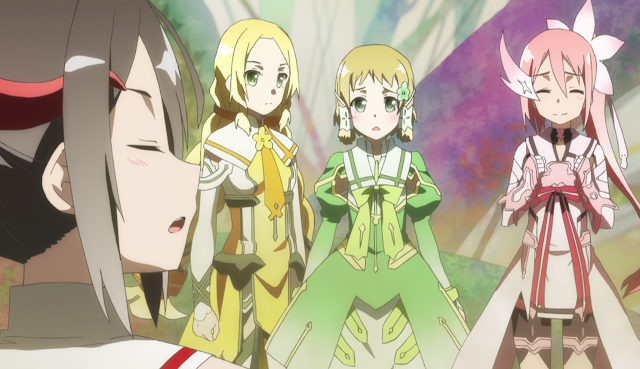 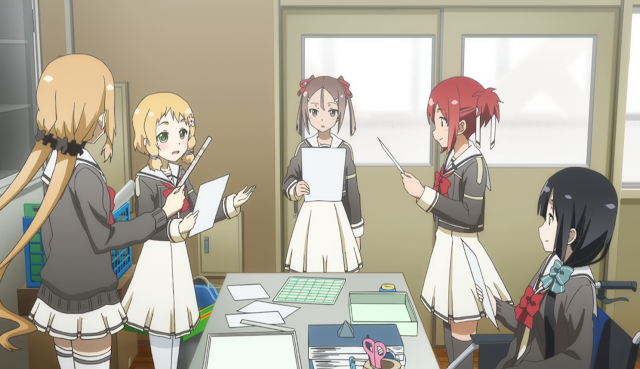 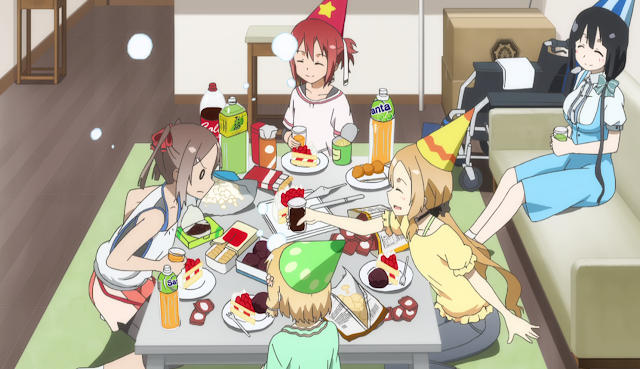 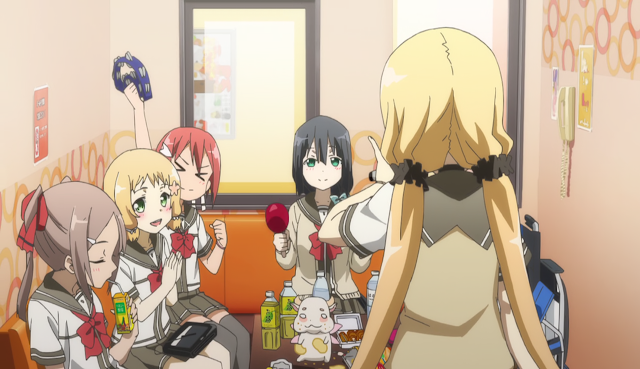 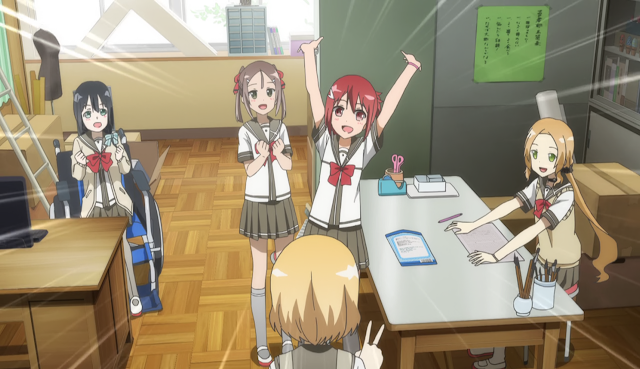 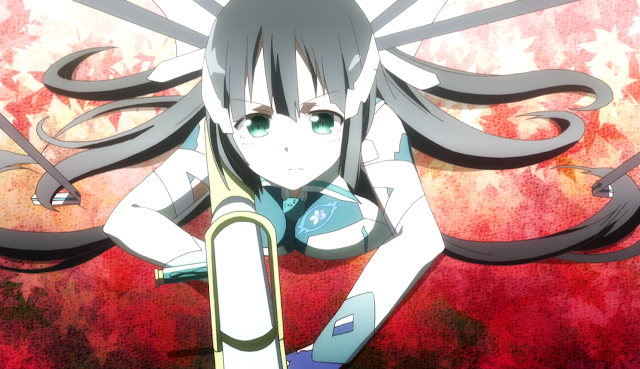 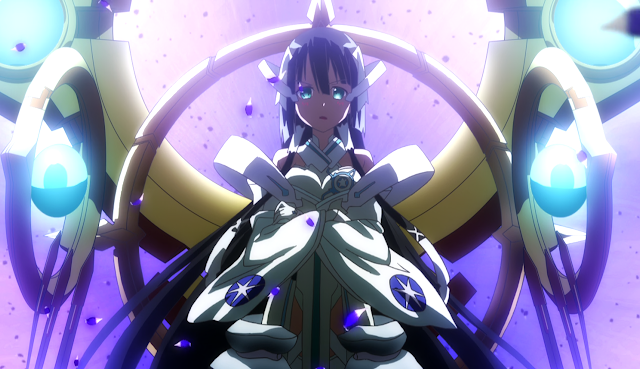 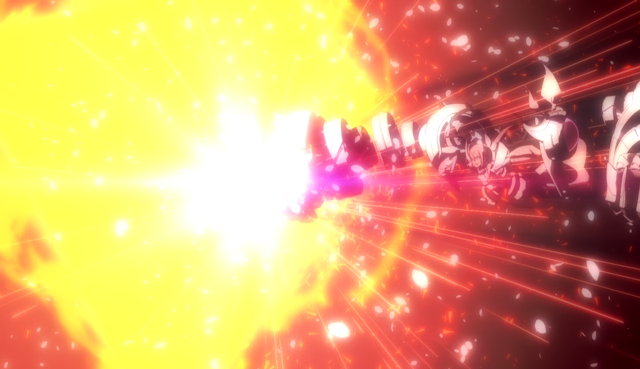 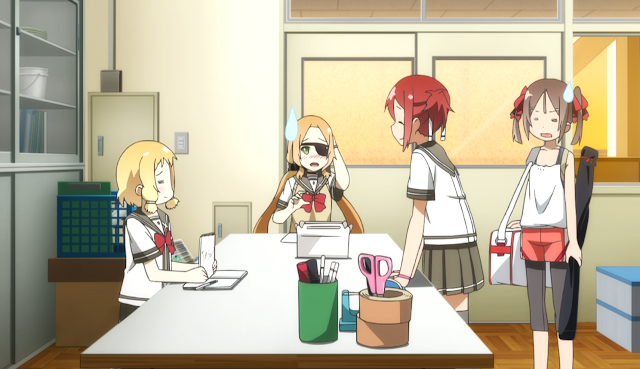 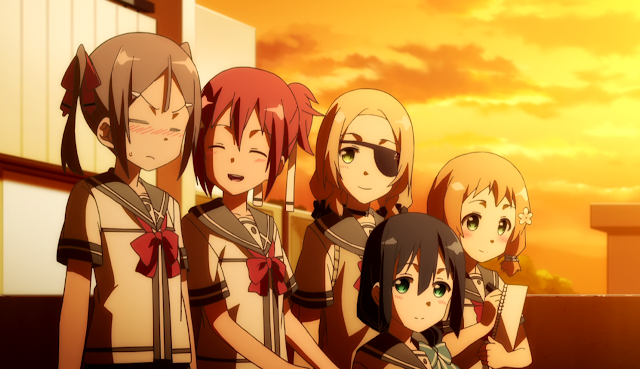 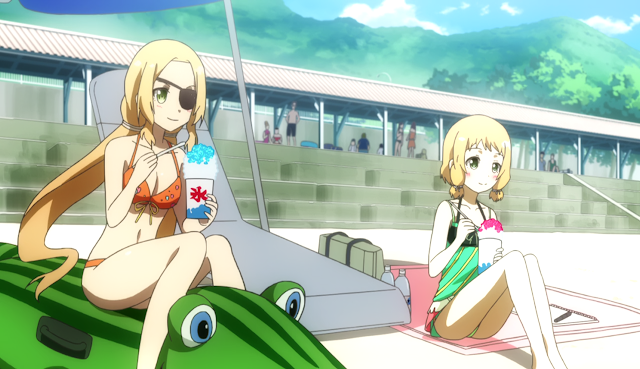 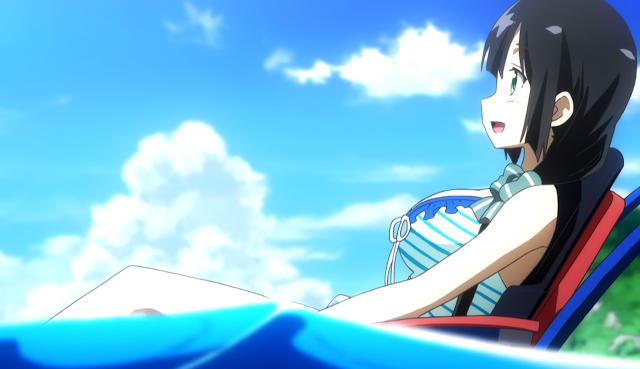 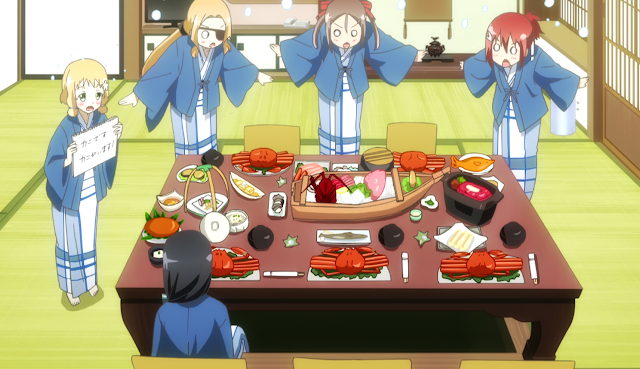 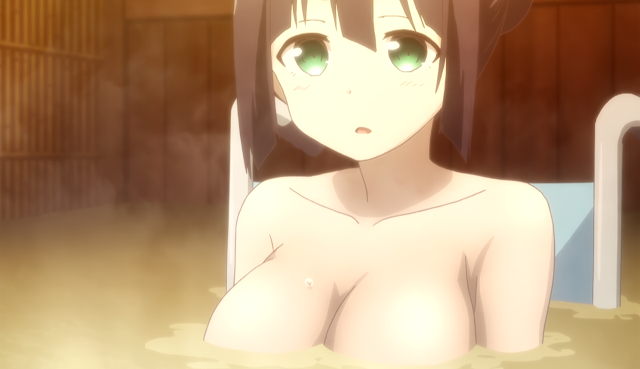 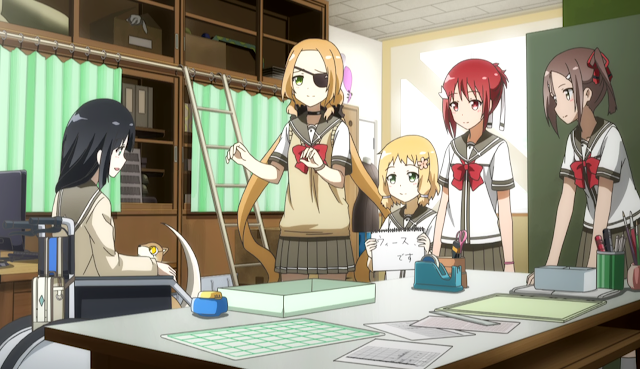 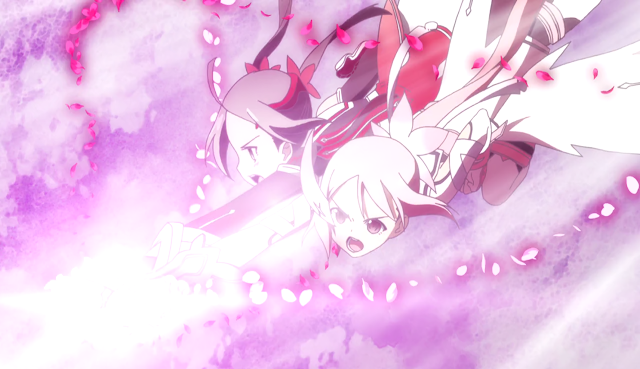 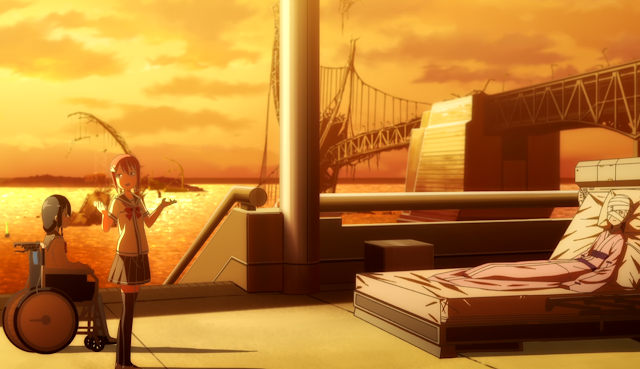 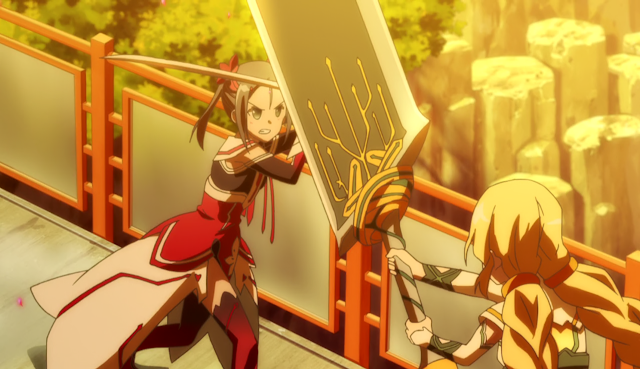 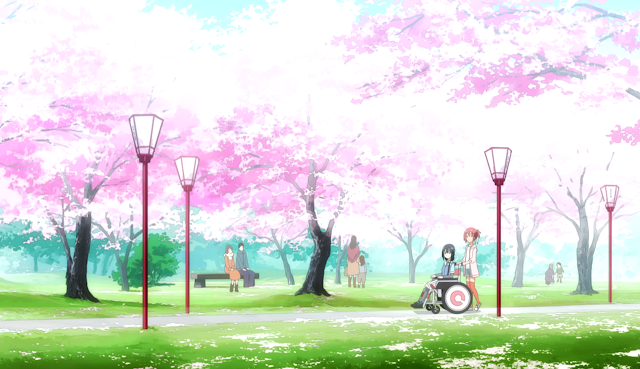 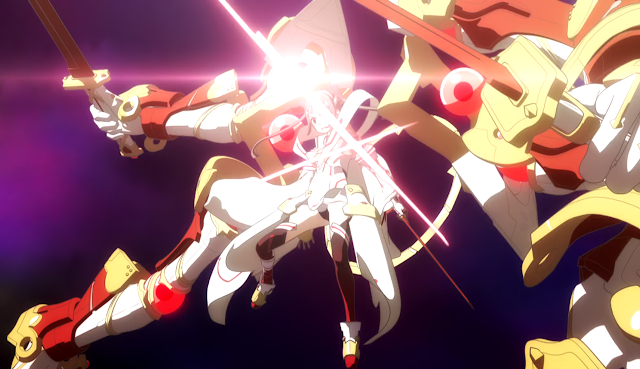 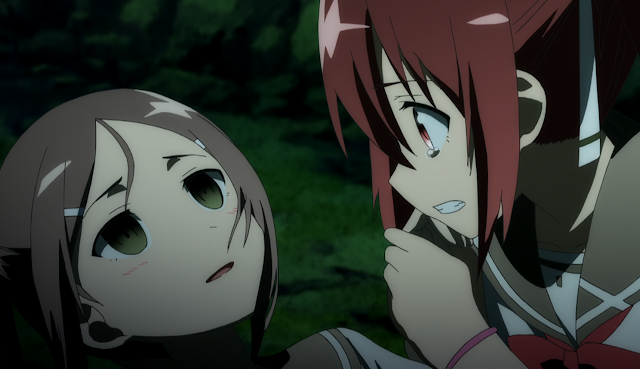 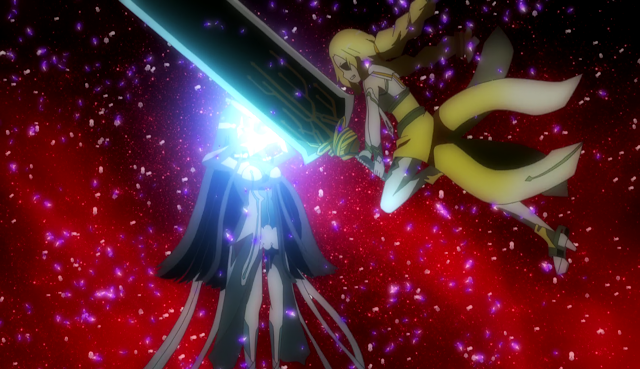 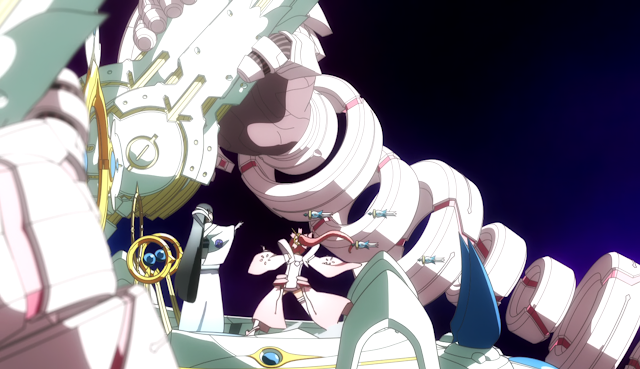 The problem here is that Yuki Yuna is a Hero wants to have its cake and eat it too; it advocates heroism, repeatedly pronouncing the tenets of the Hero Club as if they were the Buddha’s Five Precepts, but it denounces self-sacrifice. Puella Magi Madoka Magica flagrantly thumbs its nose at the law of physics that says energy cannot be created or destroyed, but it understands the deeper truth that this law of physics embodies, that nothing comes from nothing, that an effect cannot be greater than its cause, that everything in the real world has costs and benefits:  Madoka is able to save the world by self-sacrifice, and her self-sacrifice is only possible because of what Homura has already done for her. Outlandish as the story is, this reflects reality—a hero can change the world, but he cannot bring benefits into being with no cost, because nothing comes from nothing. Out of what can a hero possibly make a better world, except his sacrifices?  This principle is so fundamental that story structure demands it: we expect the conclusion of a story to arise out of what has gone before, and when it does not, we balk at it. Thus the ending of Yuki Yuna falls flat because its underlying message is wrong.  In the end, Yuki Yuna is not so much a Hero as she is a Deus ex machina, and of a particularly blatant variety. The show intends to praise heroism, but instead inadvertently makes light of it because it shies from what heroism demands. 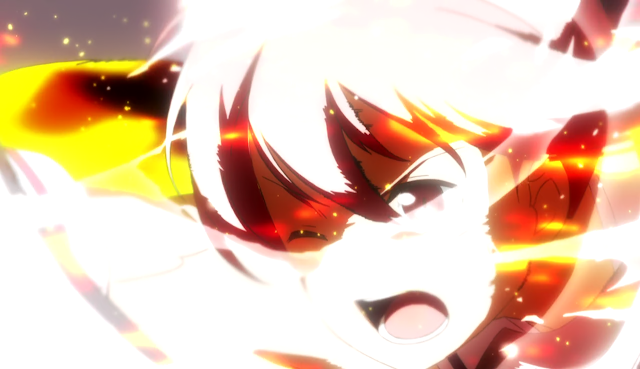 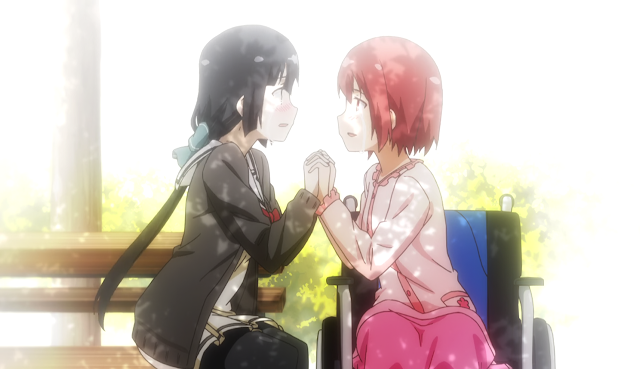 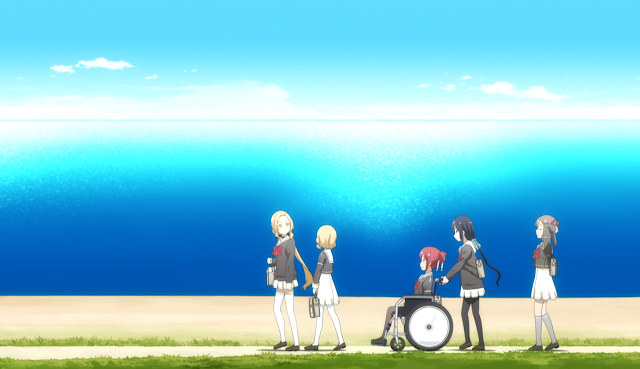 Yūki Yūna is a Hero will likely continue to remain in the shadows of Madoka Magica, but the anime itself represents a solid anti-thesis and complement to Madoka Magica, making it worth watching. Thus, my final verdict is that this anime earns a recommendation for fans of the magical girl genre or those who greatly enjoyed Madoka Magica. While not all of the charm from Madoka Magica carries over to Yūki Yūna is a Hero, the different take on things is sufficient to merit watching. For fans whose interest lie outside of the genre, Yūki Yūna is a Hero can be worth watching, as well: enough of the details of this world are presented so that the narrative is self-contained (leaving only a few minute holes), leaving the decision of watching down to personal preference. From a technical perspective, Yūki Yūna is a Hero remains of a generally high quality with respect to both its animation and aural aspects. I certainly enjoyed watching Yūki Yūna is a Hero and seeing where the theme would end up: I’ve never been particularly fond of the belief that “grimdark” confers additional weight or value to a story per se, and it is refreshing to see Yūki Yūna is a Hero remind audiences that making the most of one’s circumstances with an optimistic outlook results in a worthwhile existence.

6 responses to “Yūki Yūna is a Hero: Full Series Review and Recommendation”