Having earned a gold and securing a position in the qualifying tournaments, Kitauji High School’s concert band prepares for the national level competition. In the aftermath of their victory, and the intermittent breaks afforded by the summer season, Kumiko learns more about the rifts that developed in Kitauji’s previous year among the second year students. Between practises, she spends more time with Reina and accompanies her to a summer festival; Reina grows more friendly towards Hazuki and Sapphire. Taki later announces that Kitauji’s band will be attending a training camp to further hone their performance. It is here that Kumiko learns that Taki once had a wife, and her passing resulted in his leaving his musical career behind. Similarly, Reina attempts to deal with her own feelings for Taki, and with Kumiko’s encouragement, asks Taki as to whether or not he is involved in a relationship with her. The myriad of interpersonal conflicts and challenges, so audaciously swept aside so Kitauji could perform their best last season, return: this particular aspect shows that although their band might be a contender, its members are still human and as such, are characterised by distinctly human elements, from regret and longing to jealousy and doubt. Coupled with Kyoto Animation’s magic touch (the animation and audio effects are of a top calibre), Hibike! Euphonium‘s second season is off to a tremendous start.

Hibike! Euphonium 2 continues on in the path its predecessor laid down: the interpersonal dynamics are a part of the anime (and its original light novel) as much as their shared goal of accomplishing something substantial and leave with no regrets through their music. Some elements, set aside as the first season ended, make a return to show that the impacts of some decisions and actions are more far-reaching than initially apparent. Nozomi’s leaving the band is revealed to be one of the several factors that resulted in the oft-mentioned rift amongst the second years, and a part of Asuka’s reluctance to accept her re-admittance is in part owing to the possible fallout it may have on the band’s members (in turn, potentially costing them the Nationals). It speaks partially to the strength of the original novels and Kyoto Animation’s adaptation, that the complexities of human interactions are captured so solidly in Hibike! Euphonium. Furthermore, it appears that Kumiko is finding herself entangled in a larger amount of this drama owing to her personality, and this aspect could result in some unforeseen consequences within the band resulting from her decisions (or indecision): in upcoming episodes, the challenge for the narrative will lie within the extent that each of these elements are depicted as having an impact on one another. If this is improperly handled (say, some characters’ actions are conveniently negated or dismissed), the overall story could feel implausible or forced. So far, Hibike! Euphonium has performed satisfactorily, and as such, it is more likely that Hibike! Euphonium 2 will convincingly explore the sort of drama within the band to paint the characters in a relatable manner, while at once continuing on with its theme that music can transcend some human limitations. 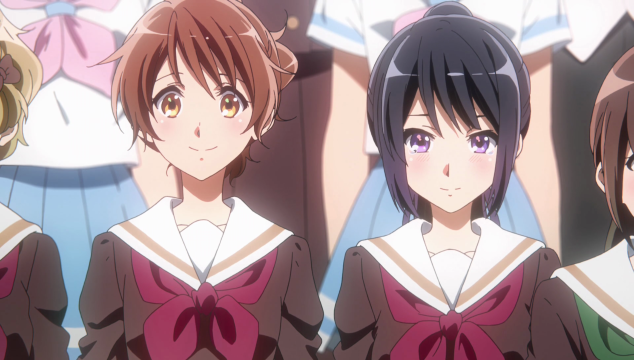 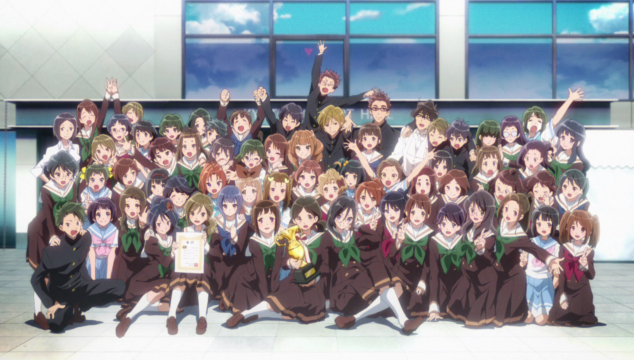 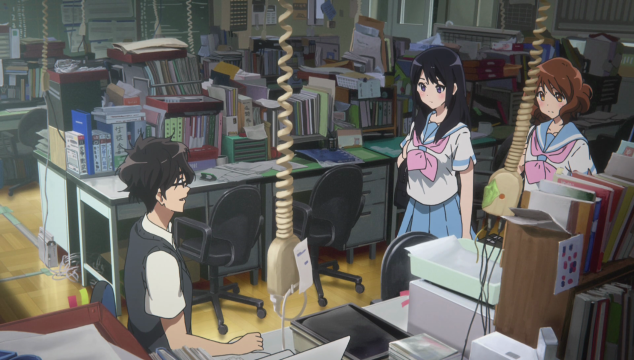 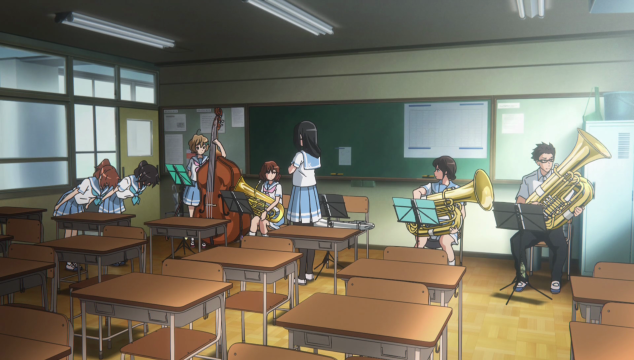 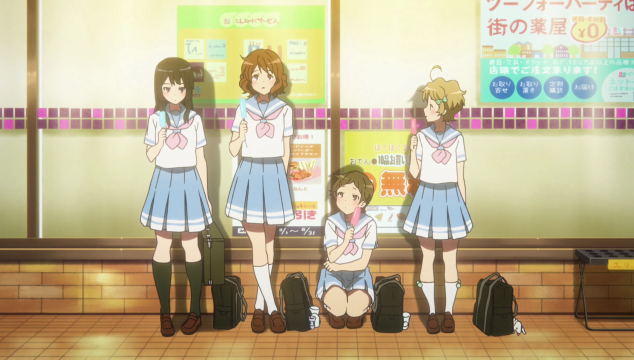 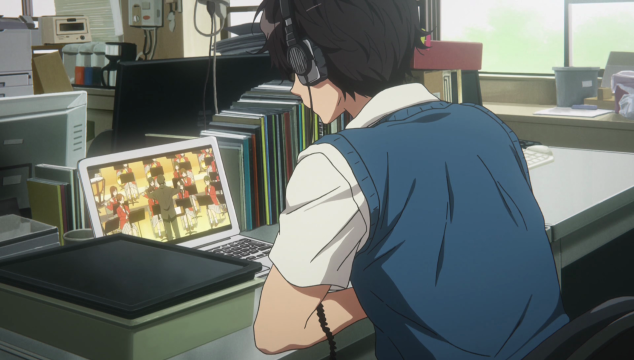 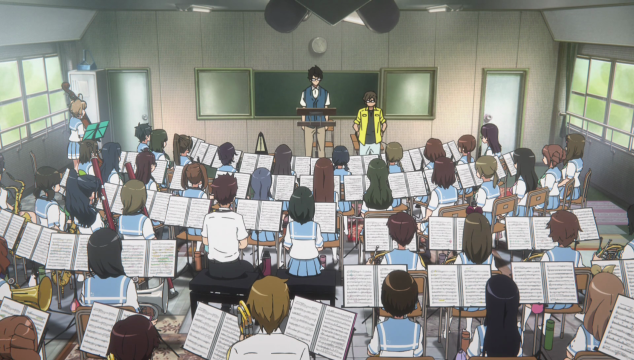 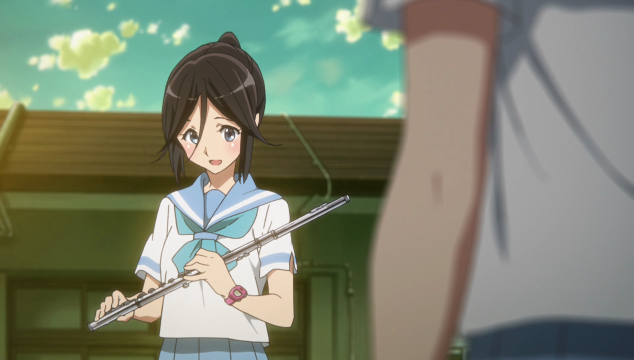 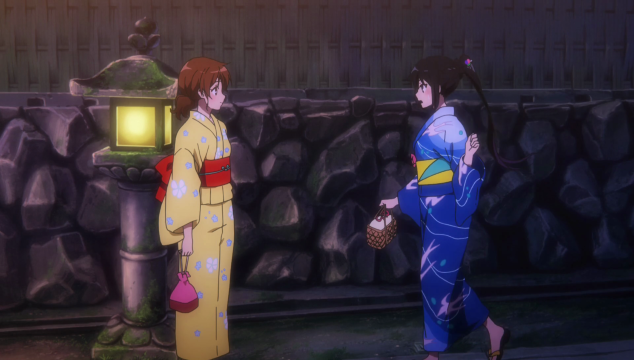 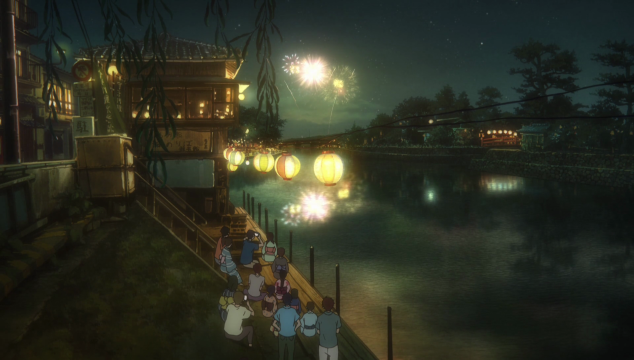 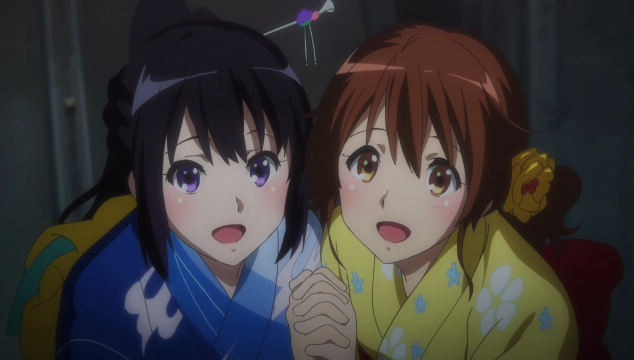 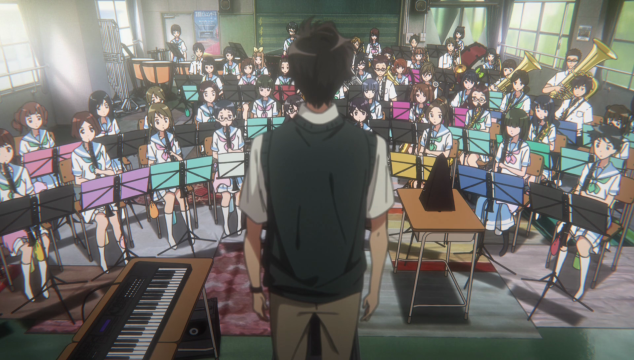 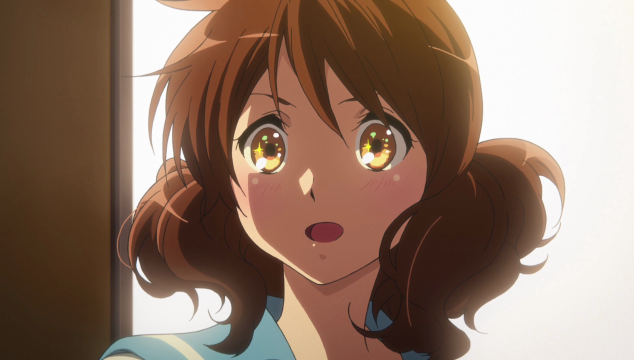 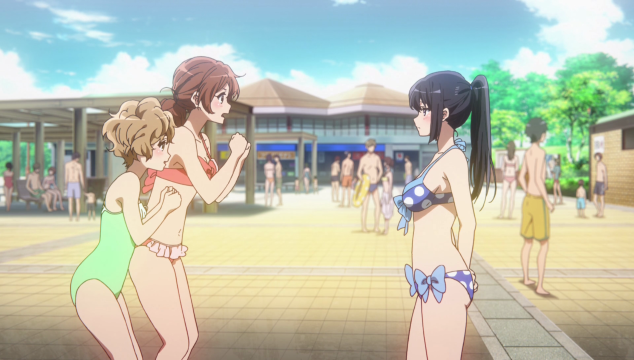 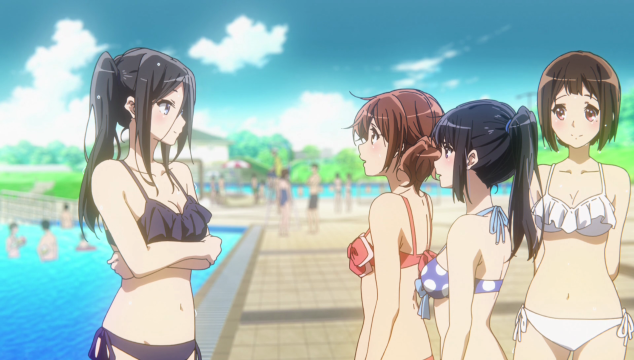 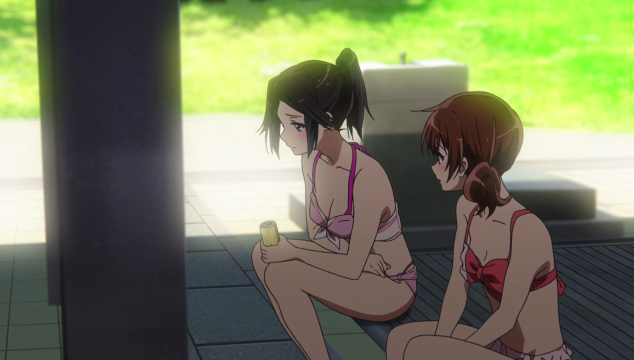 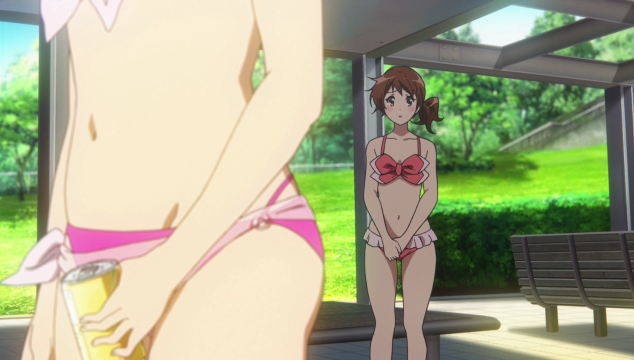 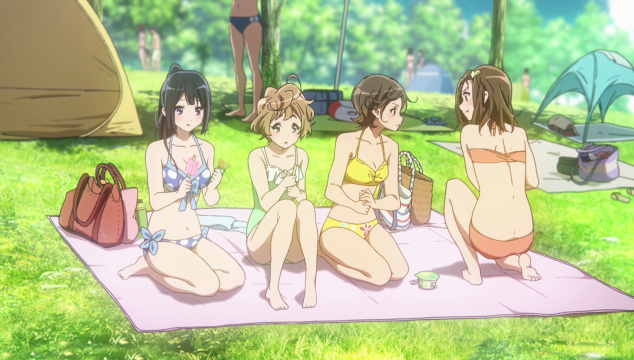 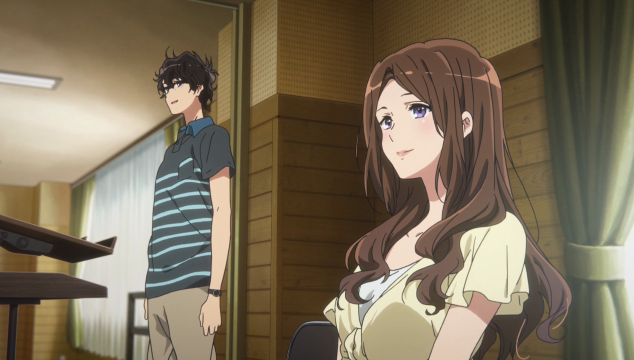 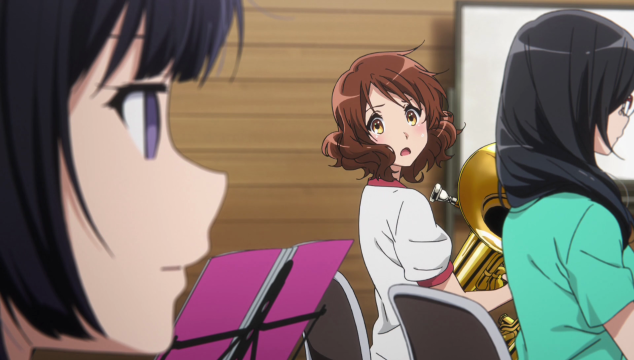 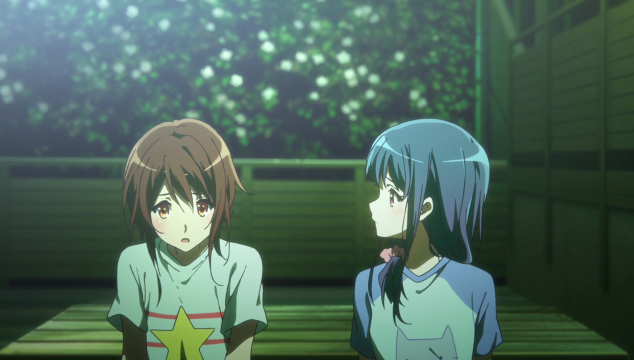 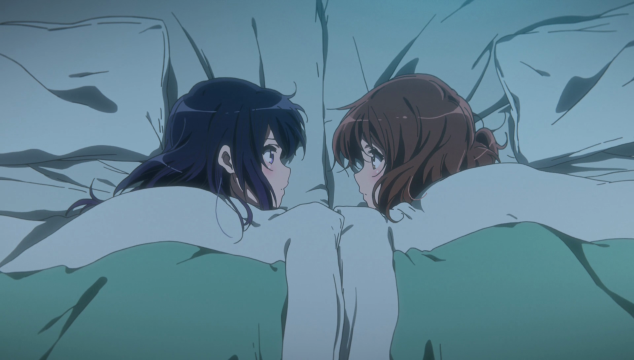 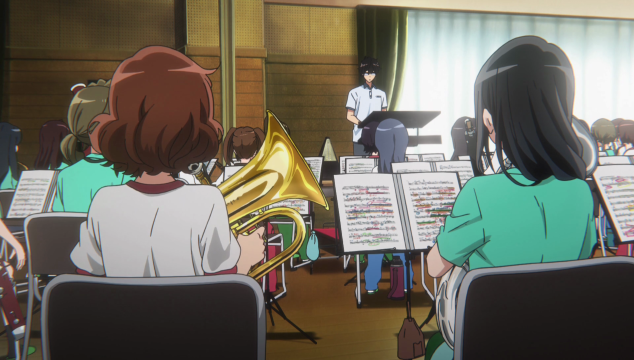 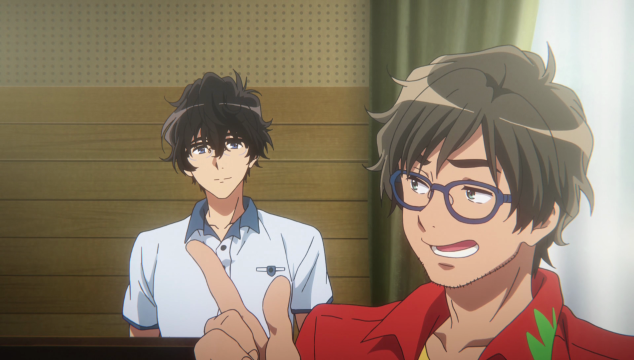 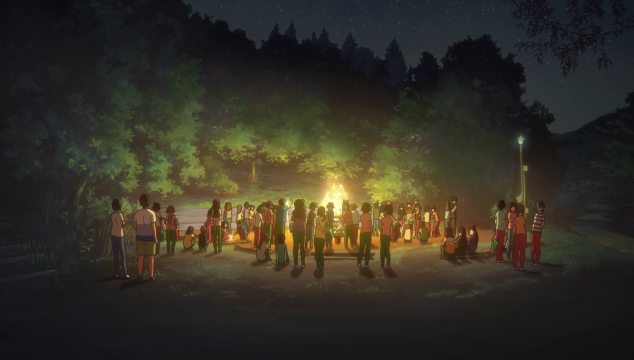 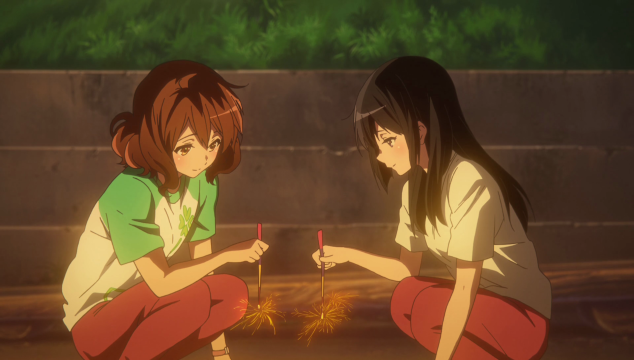 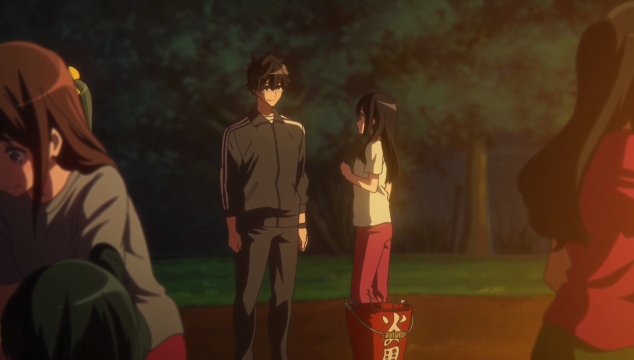 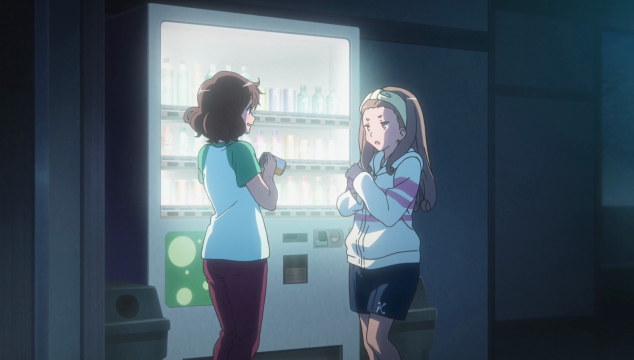 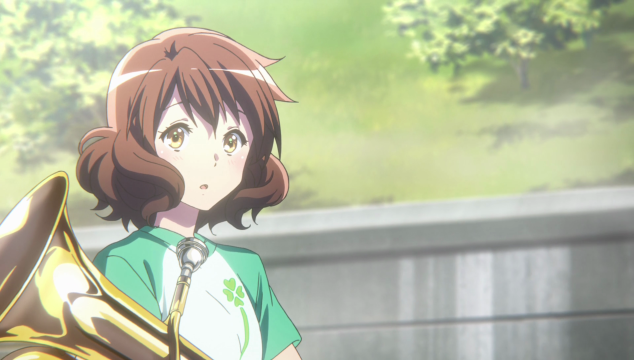 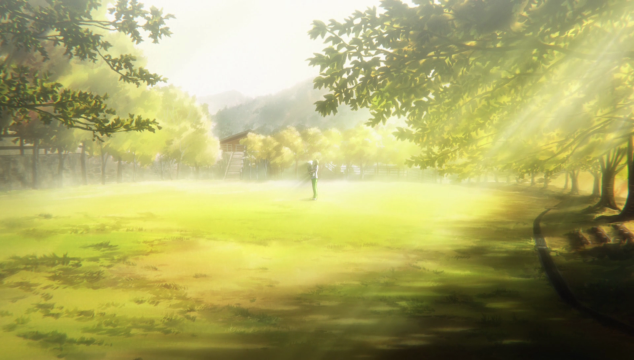 With this in mind, I am greatly looking forwards to how Hibike! Euphonium 2 turns out; this is the prevailing opinion amongst the English-speaking viewers, who are likewise anticipating seeing more elements pertaining to the characters, their backgrounds and motivations. Aside from the life-like characters (who are portrayed as being multi-layered and complex as any characters from a Tom Clancy novel), Hibike! Euphonium 2 possesses top-tier artwork rivalling those of Makoto Shinkai and Studio Ghibli movies; this is impressive for the fact that a high standard is consistently seen in every episode. From the papers and clutter around Taki’s desk, to the reflections off the river during the fireworks show, and the detail in the brass instruments, Kyoto Animation has done much to ensure that each aspect is visceral, popping off the screen to capture that sense of realism. During my review of the full first season back in the summer of 2015, I remarked that a continuation would have been icing on the cake, but presently, with the second season under way, expectations are high for the narrative to deliver a compelling story about the next leg of Kitauji’s journey to capture the title of national champions in concert band.