“Weapons are an important factor in war, but not the decisive one; it is man and not materials that counts.” —Mao Zedong

In the aftermath of the Dawn Rebellion, Degwin Zabi arranges for the Federation to withdraw their military assets from Side Three to avoid future incidents. After being reprimanded for failing to look after Garma, Dozel orders Char to Earth, but grants his request to be a mobile suit pilot. On Earth, Char works as a construction worker and meets Lalah Sune, working for a shady figure. He saves her life and grants her request, taking her into space. Meanwhile, Tem Ray pushes forwards with the RX-78 program to develop a Federation mobile suit. When the Federation learns that Trenov Y. Minovsky plans to defect, they stage an extraction operation that is foiled by Zeon, who deploys their mobile suits to great effect against the Federation RX-77 Guncannons, eliminating them and killing Minovsky in the process. Back at Side Seven, Amuro Ray begins to wonder why his father is sent on frequent business trips and begins reading into his father’s research, learning about the development of the RX-78 mobile suit even as the first shots of the One Year War begin, when Zeon declares itself as an independent Principality and mounts an invasion of the moon. The progression of history in The Origin differs from that of the original Universal Century in some key areas: for instance, the One Year War began originally when Zeon gassed four colonies at the start of UC 0079, and Minovsky dies much later. However, in spite of these differences, The Origin‘s final episode proved to be a solid addition to Gundam origin, primarily following the first deployment of mobile suits against Federation forces.

The main draw in the fourth The Origin OVA is its depiction of the natural progression of humanoid weaponry resulted in the Universal Century from construction vehicles and arming them, in a manner not unlike the development of the earliest fighter aircraft in World War One, which consisted of pilots bringing pistols and grenades with them into the air. Soon after, machine guns were bolted onto the aircraft, and with the development of an interrupter mechanism to prevent the guns from shooting up the propellers, the earliest dedicated fighter aircraft were born. Mobile suits share a similar background, initially being armed mobile workers that saw great strides after the development of a suitable power supply (a Minovsky reactor) and the AMBAC system, which provided unparalleled balance and coordination needed to give the weapon human-like dexterity. The Origin captures the development of fictional military hardware in a plausible manner, allowing mobile suits to gain credence as a weapon, and their first combat operation against Federation forces draws yet another parallel with the introduction of tanks in warfare. Although the first deployment of tanks at the Battle of Flers–Courcelette in September 1916 is widely regarded as a failure, German soldiers initially lacked the means to effectively engage them, falling into disarray when they arrived on the battlefield. Unable to penetrate them with their rifle rounds and grenades, Germans claimed that tanks turned warfare into a slaughter, and it was not until later that they began devising means of confronting these vehicles, using six grenades in a cluster to blow tracks off. The Zeon mobile suits, though far more effective and reliable than Mark I tanks, have a similar effect on Federation Forces, overwhelming them and prompting them to continue development into the mobile suit programme. 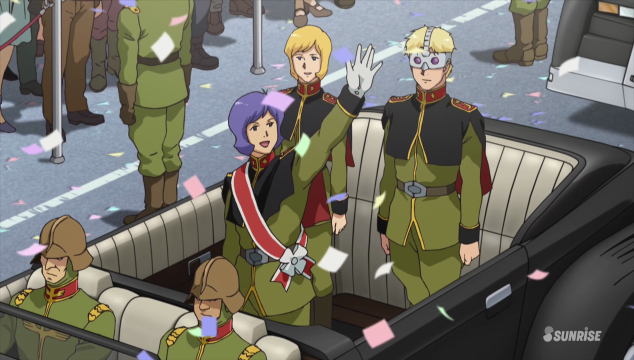 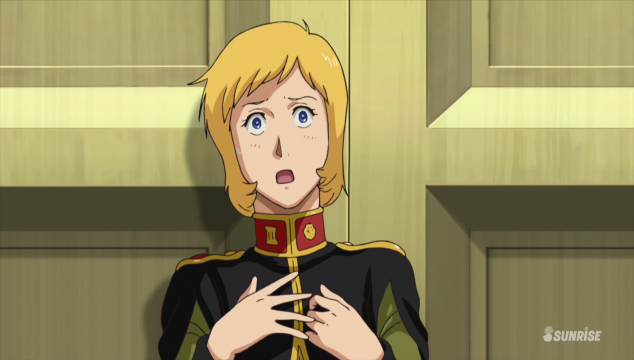 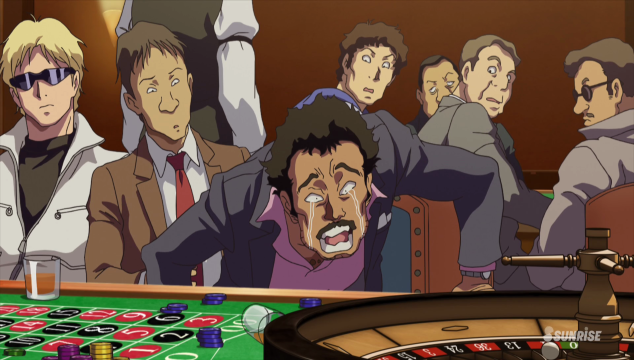 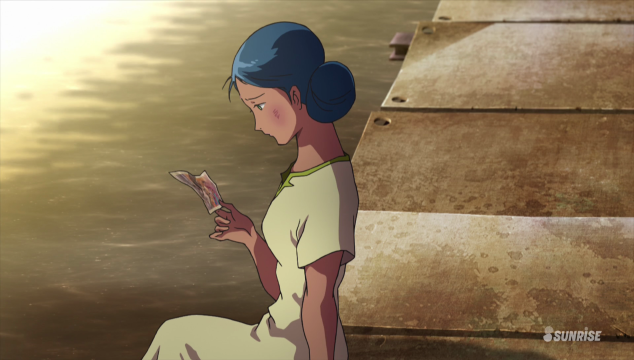 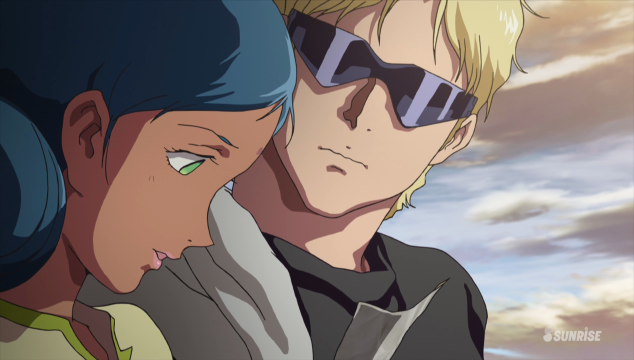 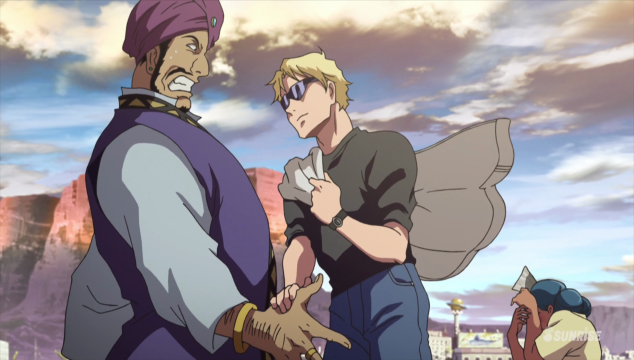 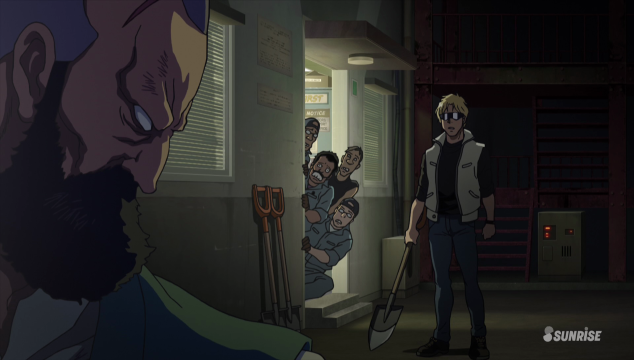 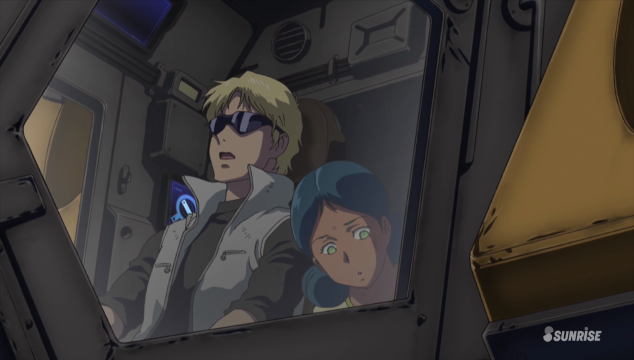 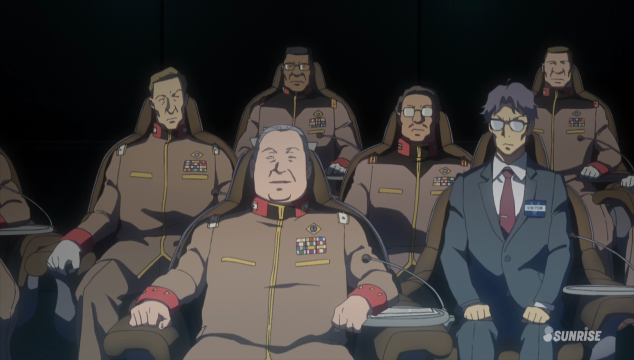 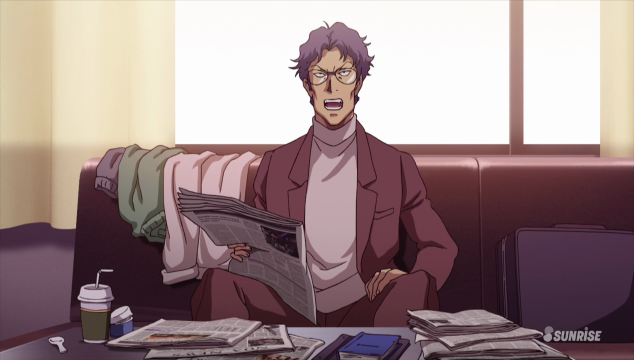 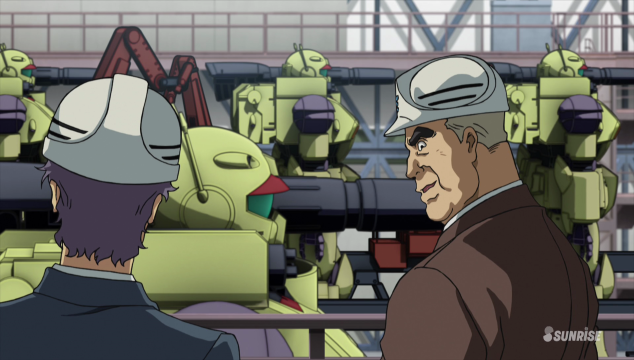 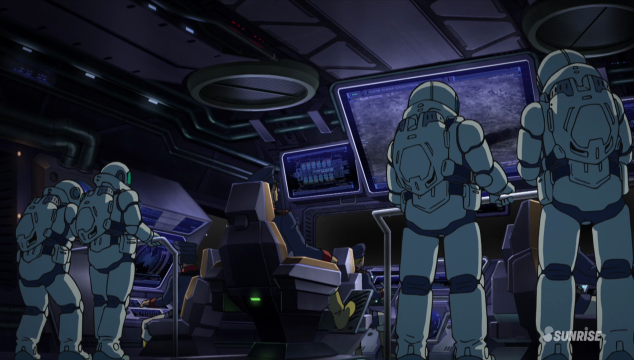 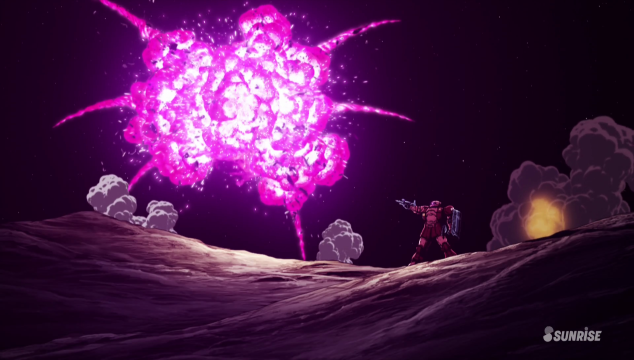 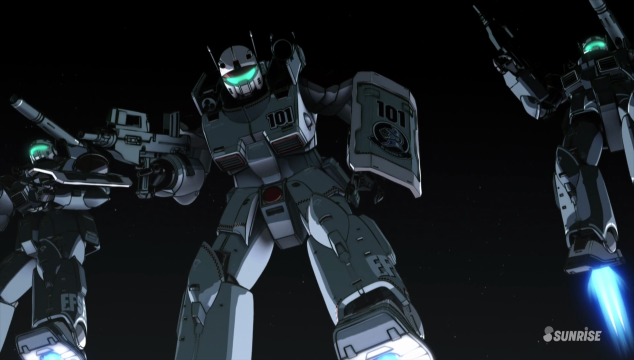 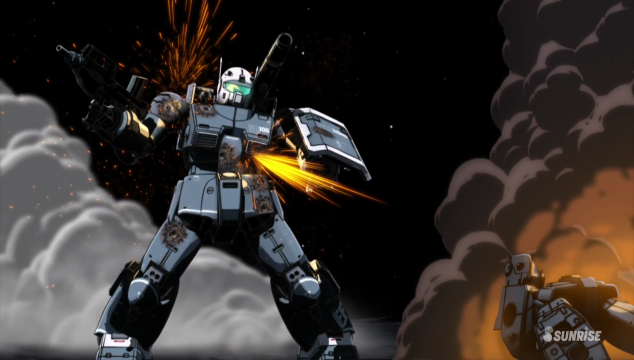 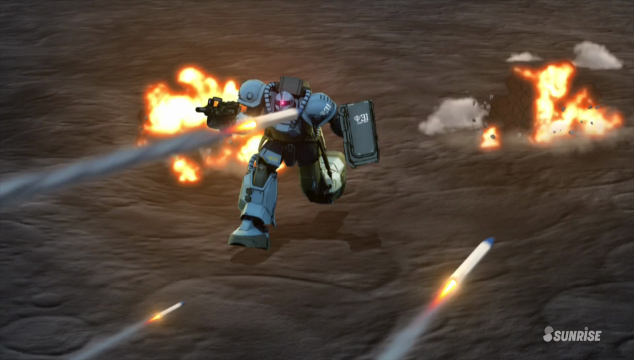 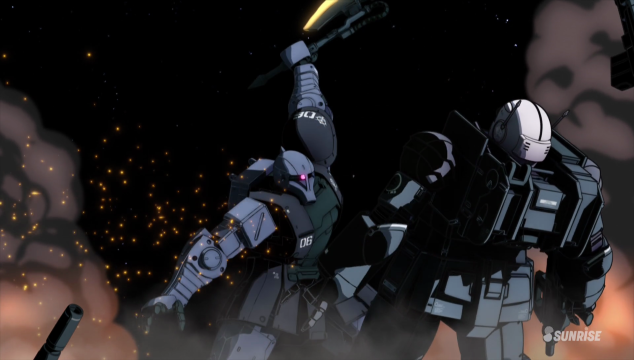 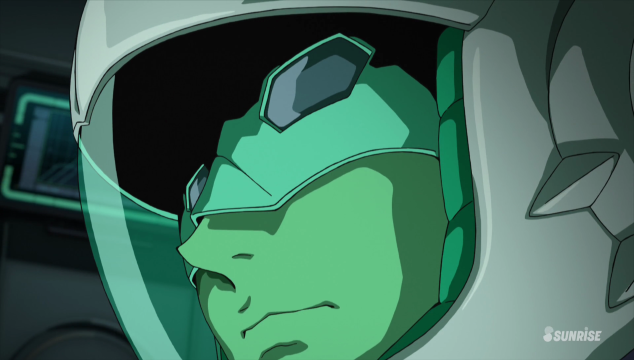 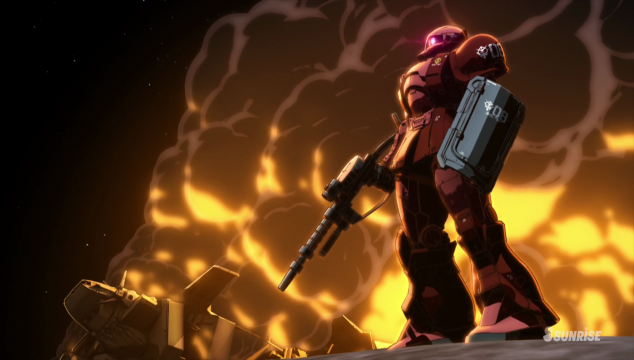 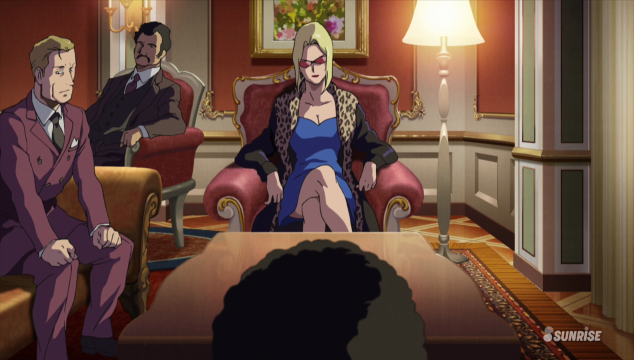 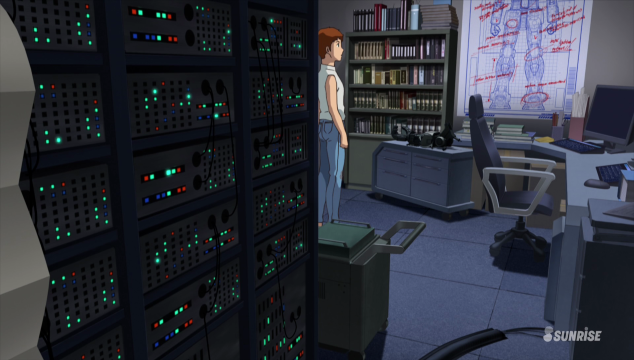 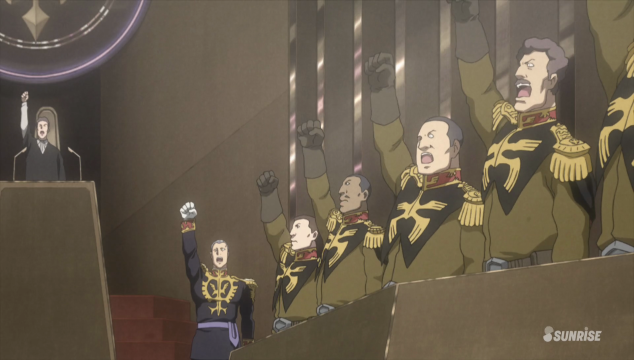 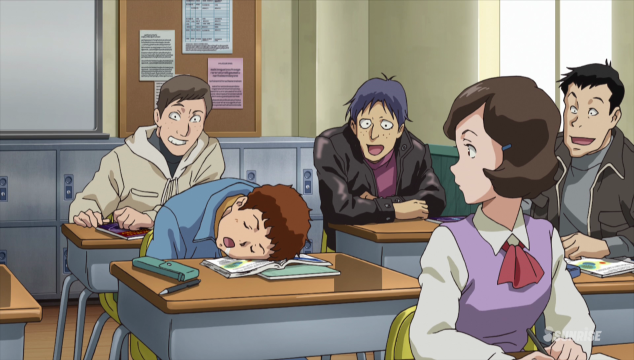 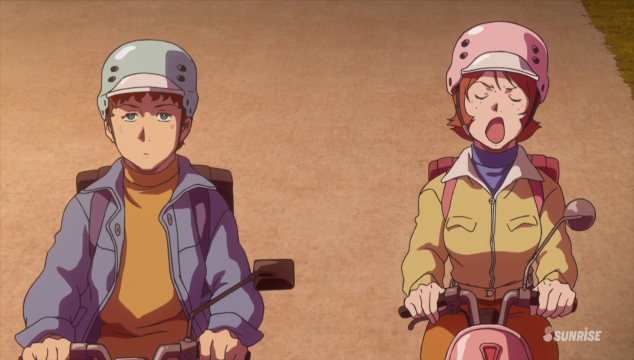 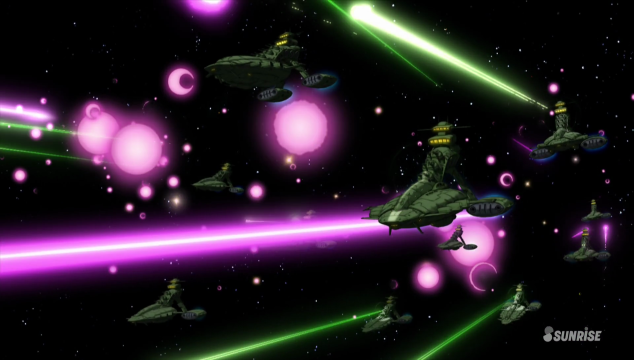 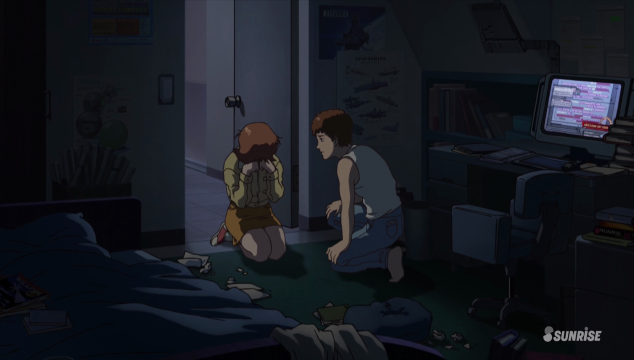 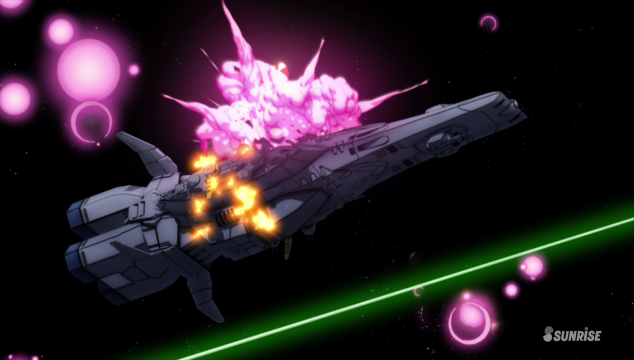 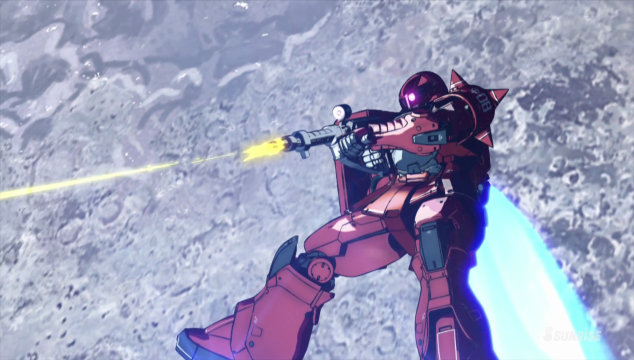 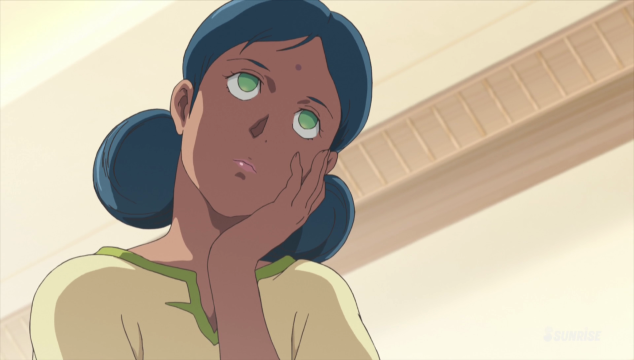 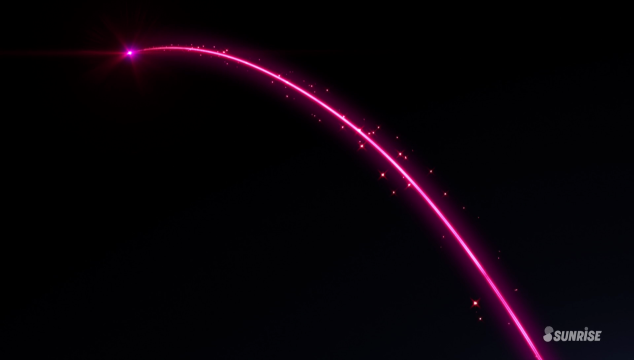 The only negative point that readily comes to mind about the fourth The Origin OVA lies in how abruptly it ends: while a fantastic portrayal of ever advancing mobile suits and the growing hostilities between Zeon and the Federation, the amount of space combat was admittedly insufficient. In fact, one of my friends remarked that four OVAs seemed inadequate to cover material leading up to the One Year War, and would only accept the fourth OVA as the last installment if an official source stated thus. Mere hours later, we learned that there will in fact, be a continuation. Split into two parts, with one being released in autumn 2017, and the final in 2018, the upcoming episodes will deal with the Battle of Loum in much greater detail and Char’s journey to becoming the Red Comet. While the dates are a long ways off, the announcement is most welcome, for there will be additional installments that bring the events of the Universal Century to life using the visual styles Gundam Unicorn established. To see pivotal battles, including the One Week Battle and Operation British, in high detail, would be a chilling but instructive experience for Universal Century fans, and I look forwards to gaining more exposure to the most intricate universe in the Gundam franchise. This news also means that, for completion’s sake, I will try to stick around long enough to blog about the two remaining OVAs in The Origin.