7 Comments Posted by infinitezenith on November 30, 2016

“You cannot eat a cluster of grapes at once, but it is very easy if you eat them one by one.” —Jacques Roumain

When Waltrud is made commander of a mission to escort a fleet of ships carrying high-value materials after discovering intel hidden away in some macarons from Sanya and Eila, she decides to assign Hikari, Nikka and Naoe to aid her in this mission. She grows enamoured with the Britannian Witch already escorting the surface vessels. They make the thousand-kilometer journey to rendezvous with the fleet, with Naoe and Waltrud receiving upgraded Striker Units en route. However, on the eve of the mission, Waltrud succumbs to the temptation of alcohol and wakes up on the morning of their assignment with a hangover. Despite seemingly unfit for combat, she recovers upon learning the Britannian Witch has been shot down by the Neuroi, a large type capable of generating numerous drones. In the midst of battle, Waltrud sends Hikari to assist Nikka and Naoe, but Hikari convinces her to take the FP-45 Liberator before leaving. Waltrud activates her own magic and destroys the Neuroi with a rifle grenade, but is impacted by one of the remaining drones. The hit turns out to be non-lethal, as the Liberator in her chest pocket has deflected the impact’s severity, and in the episode’s final moments, Waltrud’s injuries allow her a chance to interact with the Britannian Witch. Hence, in response to the question that Edytha poses, pertaining to why she picked Hikari, Nikka and Naoe for the task, it would appear that Waltrud seems quite attuned to individuals’ personalities and selecting the role most appropriate for them — this decision ultimately saves her life.

Waltrud’s laidback and ever-optimistic mannerisms make her the most easygoing of all the 502nd: she is fond of indulging herself, as evidenced by her alcohol consumption, and has a propensity to lie to her juniors, informing Hikari that the Liberator is a good luck charm rather than a miniature weapon. Although her nonchalant attitude leads her to frequently run afoul of Edytha and Naoe, this belies her capabilities as a Witch. Favouring high risk, high reward combat approaches, she’s able to engage the eighth episode’s Neuroi independently to both defend the fleet. Waltrud is therefore an excellent example of someone who counts on high spirits and (poor) jokes in order to overcome adversity: her seemingly flippant behaviours have the effect of keeping Nikka and Naoe from worrying too much about the presence of uncommonly dangerous Neuroi, and with these two focussed on the mission, Hikari is likewise able to follow suit. It is very likely that this is the reason why Waltrud remains a critical member of the 502nd despite irritating Edytha and Naoe; her antics, though a nuisance at times, also serve to shift the other Witches’ focus away from the ceaseless threat posed by the Neuroi towards something more commonplace, in turn lessening their fear somewhat. 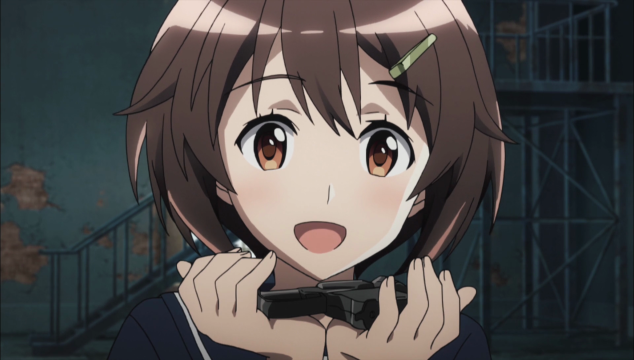 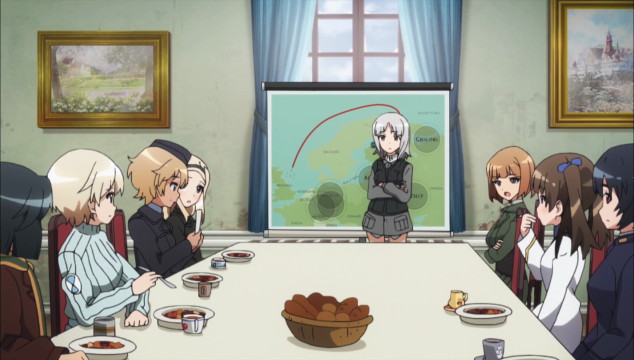 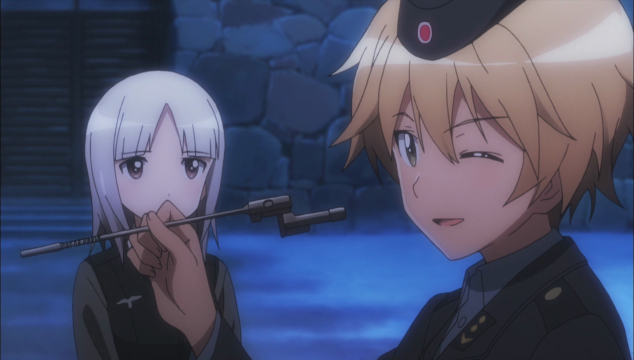 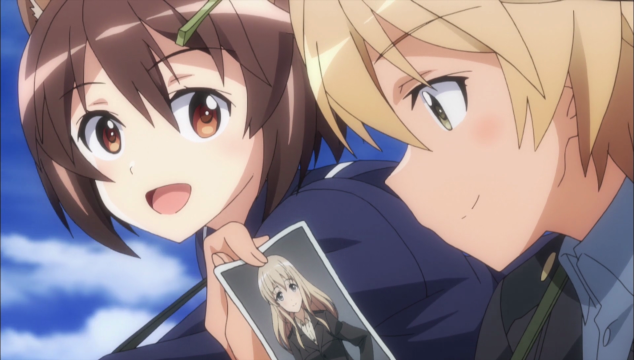 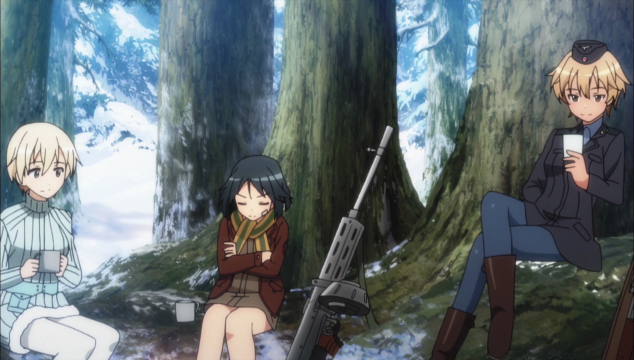 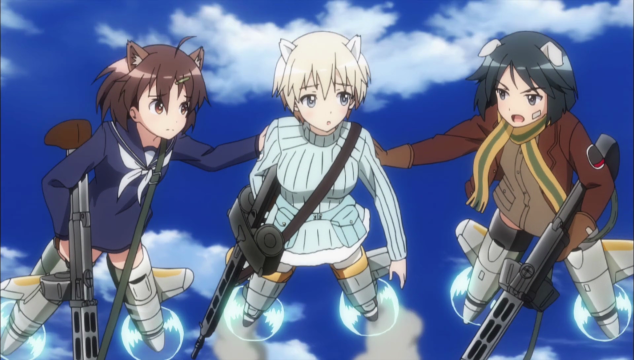 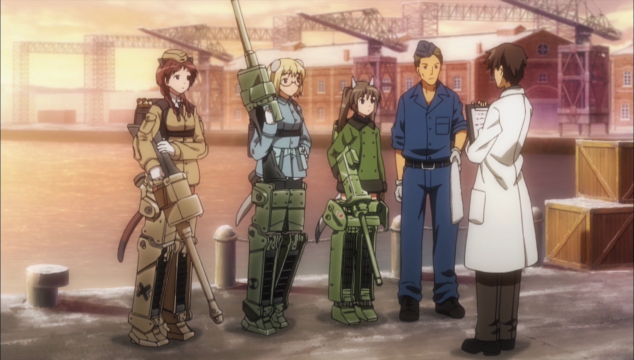 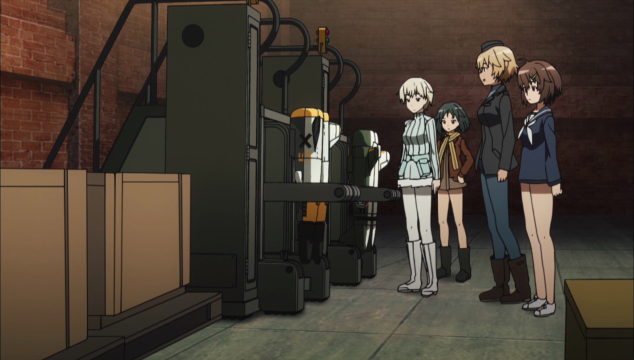 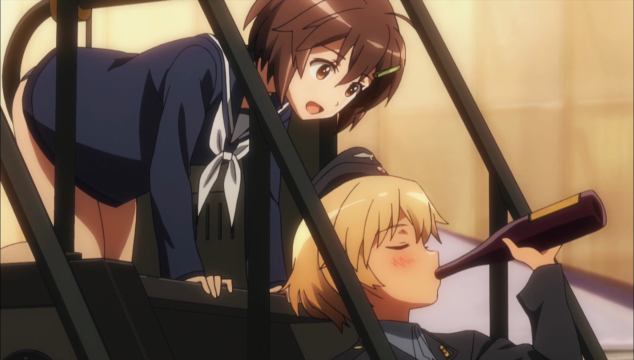 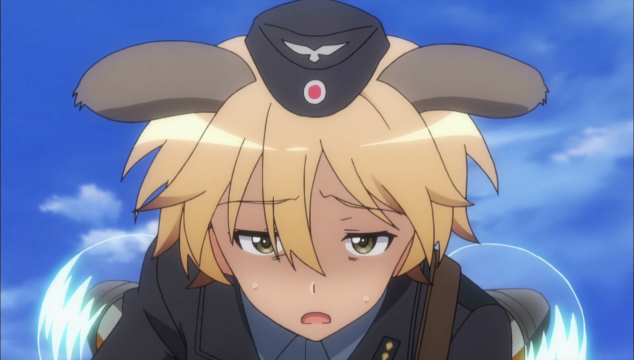 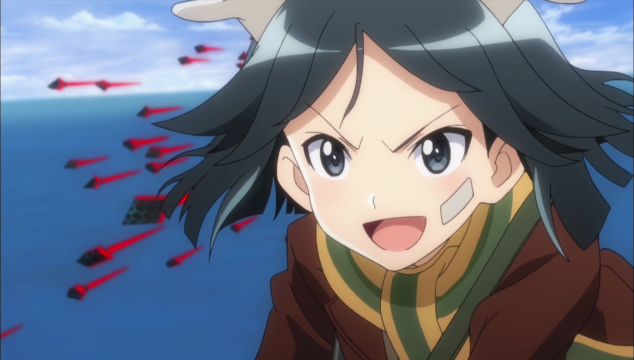 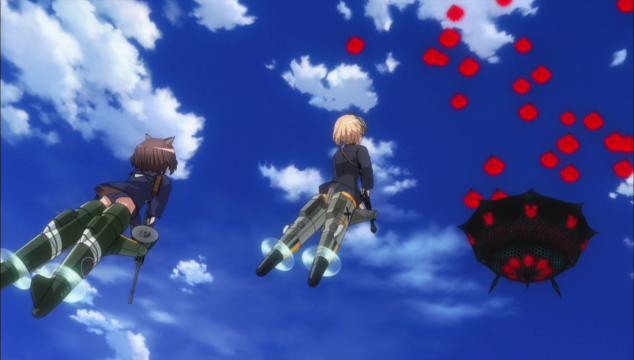 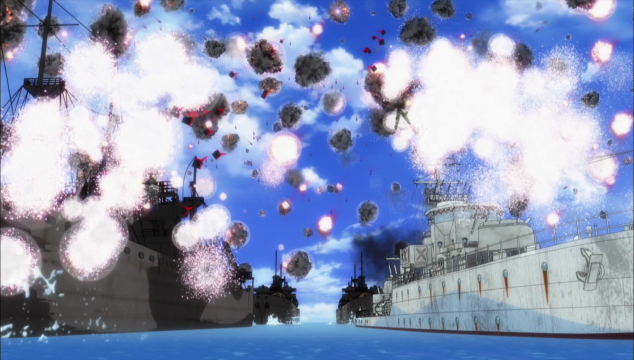 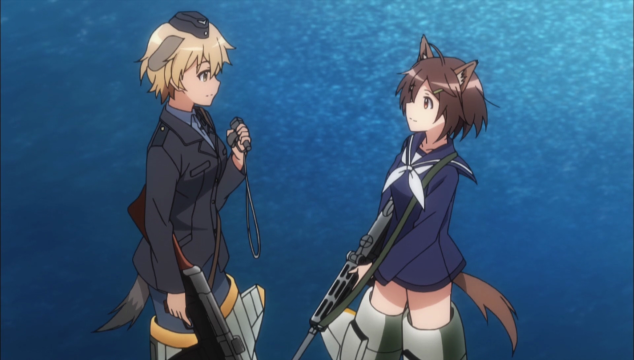 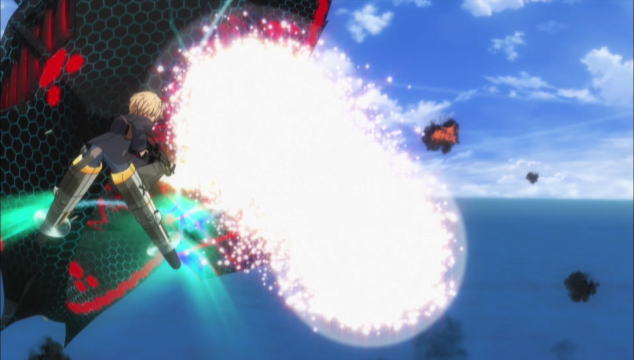 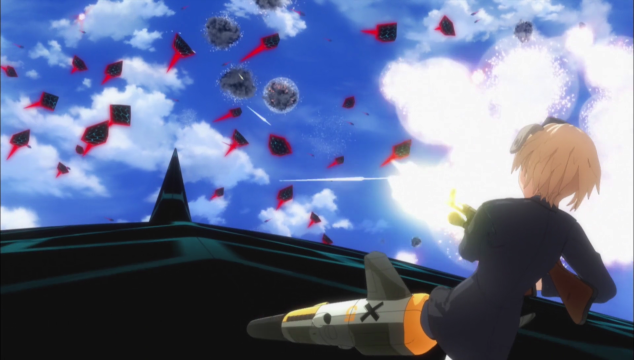 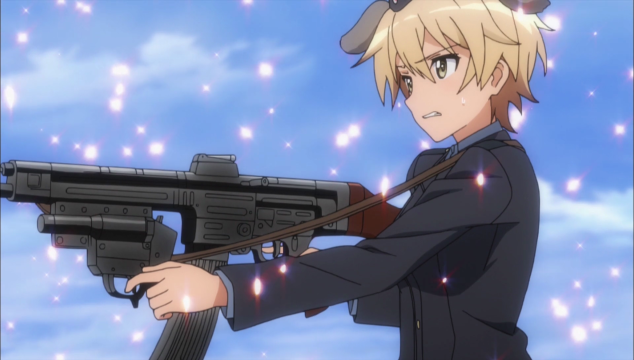 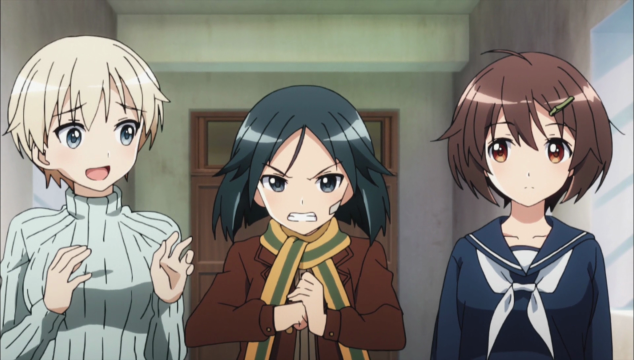 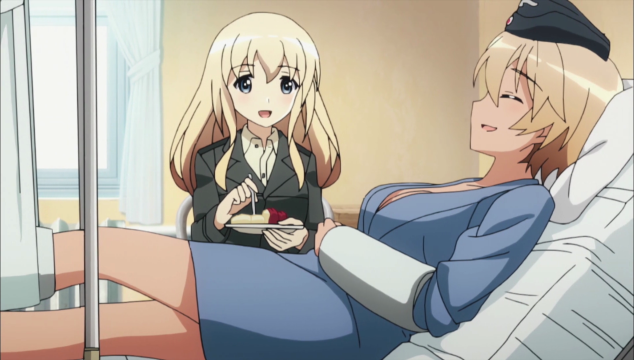 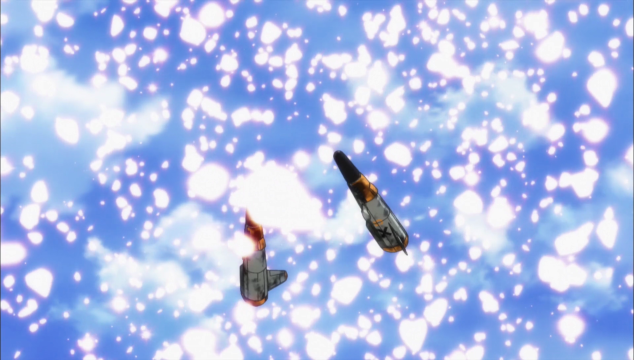 Nearing the three-quarters mark, and with new model Striker Units introduced, as well as a foreboding scene where the Neuroi is shown to be regenerating and integrates Striker technology into its operation, Brave Witches is beginning to gear up for its final quarter. Strike Witches has typically taken this direction as the season progressed: unlike the Neuroi in earlier segments of their respective seasons, Neuroi appearing towards the end were not to be trifled with, forcing the Witches to work together in full in order to accomplish victory. As Waltrud mentions en route to their destination, the final enemy the 502nd will face in Brave Witches is the large hive in their AO. This is sure to be a thrilling fight, and one wonders how the 502nd will take down their foe (Strike Witches‘ main theme means that the final episode’s outcome is more noteworthy for how it reached its conclusion, rather than what the outcome itself is going to be), but until then, the remaining few episodes will deal with any characters who’ve not had much exposition yet: Gundula and Naoe come to mind, and once their stories are presented, it’ll be time for the 502nd to take on the hive as a full-fledged team, as the 501st had done before them.