4 Comments Posted by infinitezenith on December 17, 2016

“For even the very wise cannot see all ends.” —Gandalf the Grey, The Fellowship of the Ring

The war between Elystadt and the Germanian Empire initially sees Elystadt take the upper hand as Izetta continues to provide support from both a combat and morale perspective, but the Germanians manage to utilise their own technology in creating a witch, Sophie, as well as a terrifying new weapon that they aim to use to force the world into submission. Determined to help Archduchess Finé fulfil their vision of a world where people can choose their own futures, Izetta steps out onto the battlefield once more and hold off Sophie, while draining the magic from the world so Witches no longer present a threat to contemporary civilisation. This action reduces the conflict to one fought entirely with conventional weapons and the Allied forces eventually mount their equivalent of D-Day, landing on the beaches of Normandy. Emperor Otto commits suicide shortly after, ending the war, and in the end, it seems that Izetta managed to survive the titanic explosion during her climatic showdown with Sophie. This brings Shuumatsu no Izetta to a close — this season’s other alternate history anime proved to be an entertaining watch, whose take on a familiar theme, substantial amount of world-building and exploration of the mechanics behind magic is dulled by its short runtime.

In presenting Izetta and Finé’s interactions with one another in response to the war’s progression, it becomes clear that Shuumatsu no Izetta strove to suggest that application of a supernatural force in an ordinary world would have far-reaching consequences on its inhabitants. Izetta’s intervention in the war, though allowing Elystadt forces opportunity for victory over superior Germanian weaponry, also draws their desire to devise an equivalent weapon, as well as alienating the nation from the rest of the world. The interplay between magic and non-magic is also a query that is often brought up in discussions J.R.R. Tolkien’s Lord of The Rings: some have wondered why Gandalf, being an Istari, could not have simply used his magic to aid the Fellowship in their quest. Tolken himself has mentioned in his earlier stories that this was intrinsically a poor choice — the Valar expressly forbade the Istari from using their magic in Middle Earth because the consequences would have been tremendous. During the First Age, in the War of Wrath, the Valar rode into battle against the dark lord Morgoth, and while victory was achieved, entire continents were ravaged. Presumably, the Valar subsequently vowed not to intervene in Middle Earth directly with power, instead, guiding their inhabitants with counsel. This is Gandalf’s modus operandi: in conjunction with his extensive wisdom, Gandalf effectively guides the Fellowship’s characters towards their futures, similar to Finé and Izetta’s own wishes to have people decide for themselves what their futures should entail without the intervention or aid of magic. In both cases, there are terrible costs for using magic, hence the Valar and Izetta’s grandmother holding the belief that magic should be avoided unless absolutely necessary. In Shuumatsu no Izetta, Izetta’s own use of magic comes at a great cost: besides shortening her lifespan with the magic stone, the victories achieved through her initial actions only served to escalate the war and potentially would have earned Elystadt additional foes. It is only using magic to reject magic that peace is attained, keeping in line with Tolkein’s proposition that magic is not the end-all towards achieving a goal.

One of the major shortcomings of Shuumatsu no Izetta is ultimately its short length: spanning only twelve episodes, the time span was not sufficient to delve into additional elements that would have given the other characters greater impact within the story; Finé and Izetta both have motivations and actions consistent with their beliefs as a result of having the most exposition time, but the other characters come across as being more simplistic. This is especially apparent in the case of Berkmann and Bisterfelt, whose roles as antagonists could have been enhanced by giving them a more substantial background. Giving the different characters screen time to develop their roles means that the protagonists’ raison d’être become much more relatable to the audience, and similarly, for the antagonists, might also add weight to their cause that leads the viewer to wonder whether or not the antagonists are also people, each with their own stories and goals. Such humanistic approaches do much for war stories by emphasising the human sides often forgotten amongst explosives and gunfire (an excellent example is found in the 2002 film The Pianist, where Wehrmacht Officer Wilm Hosenfeld spares and provides food for Jewish pianist Władysław Szpilman). However, in spite of its short runtime and thus, being unable to explore the different characters’ backgrounds further, Shuumatsu no Izetta manages to do a reasonable job with the time that its been given. 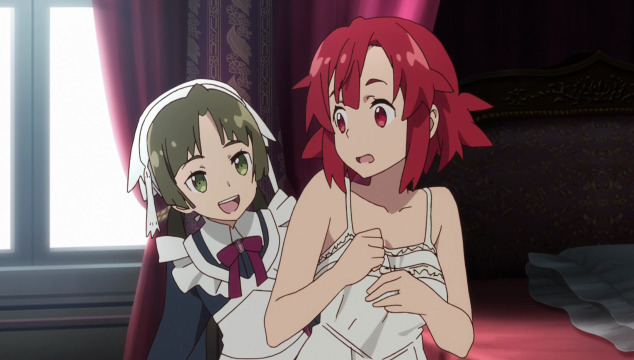 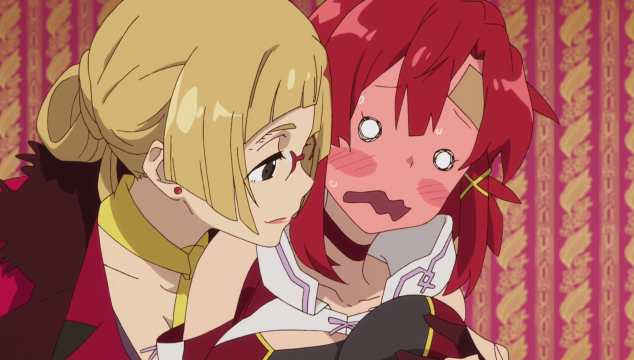 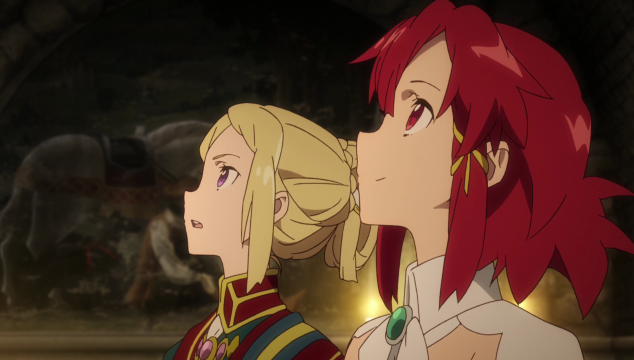 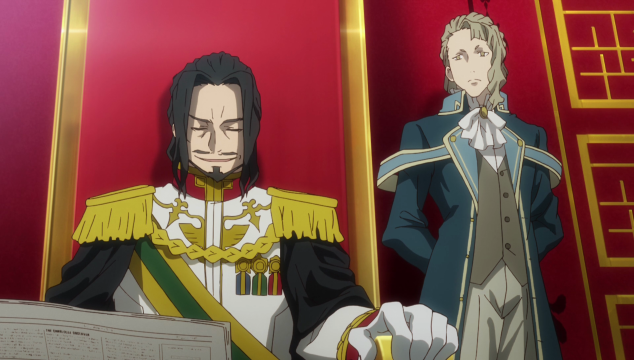 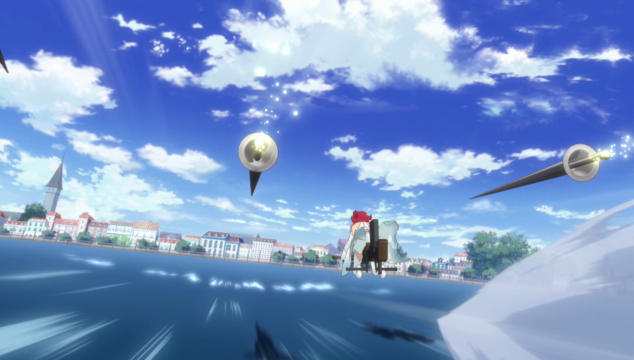 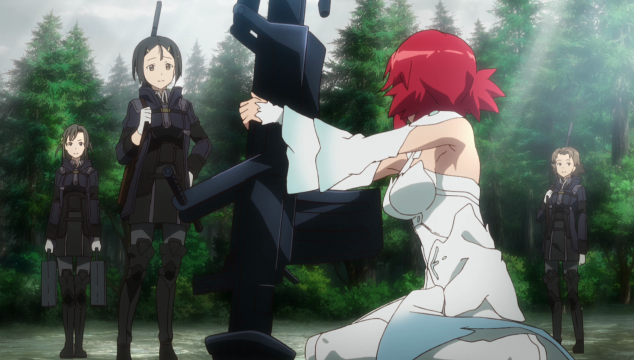 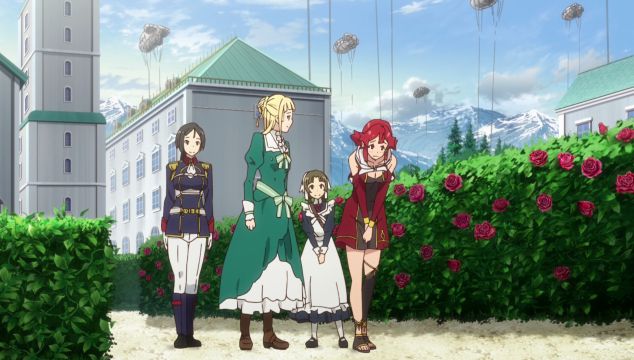 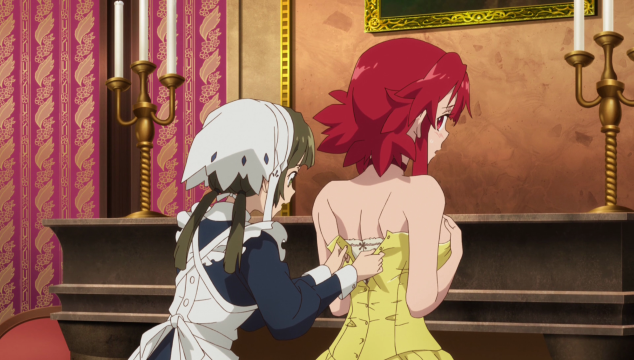 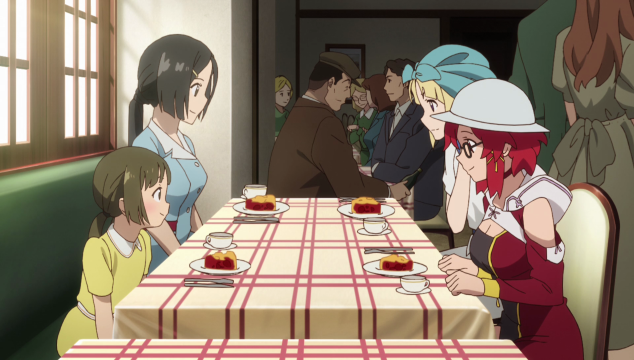 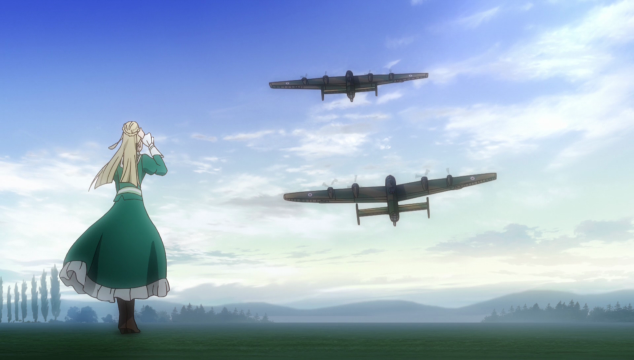 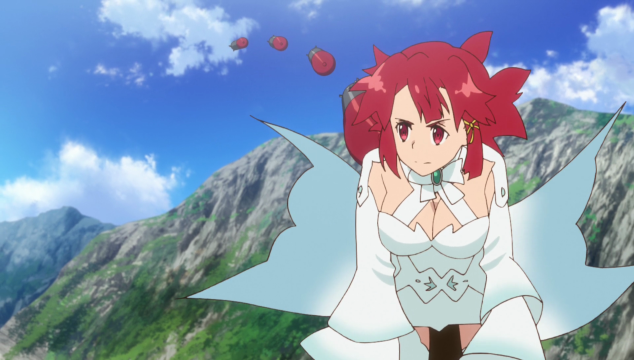 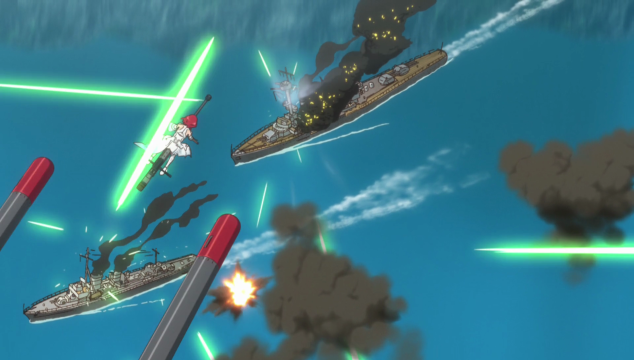 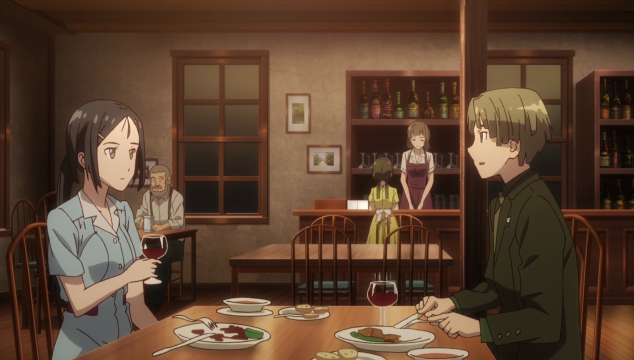 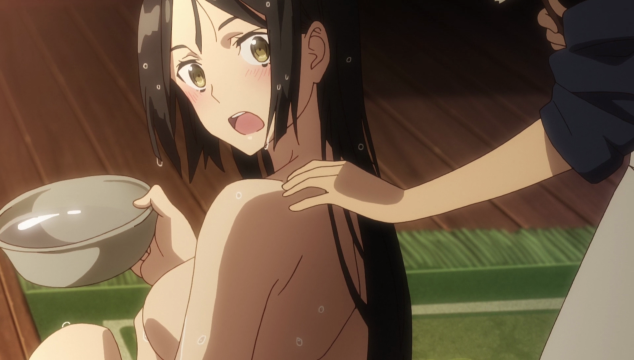 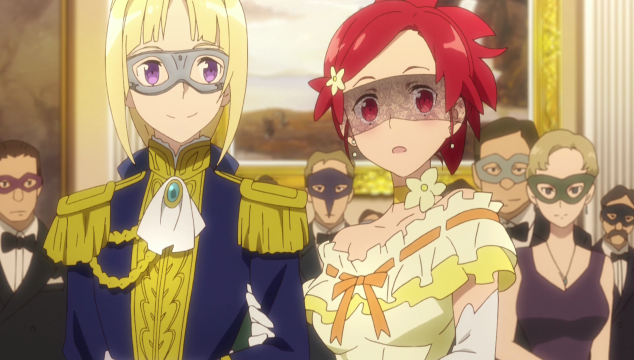 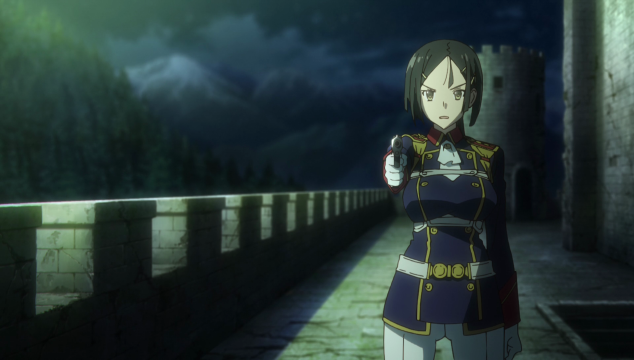 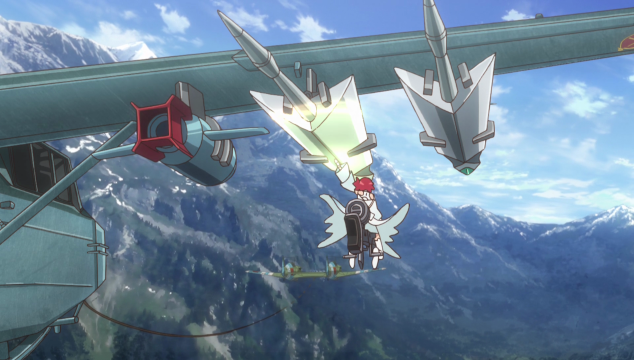 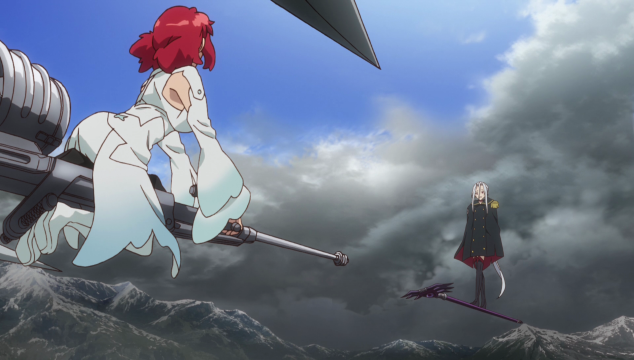 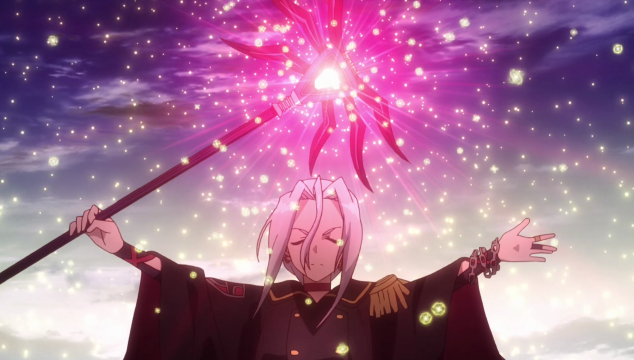 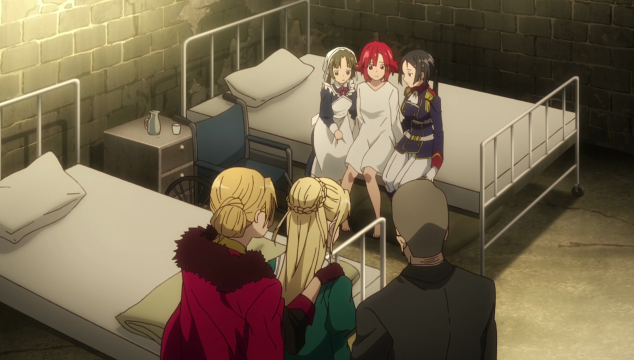 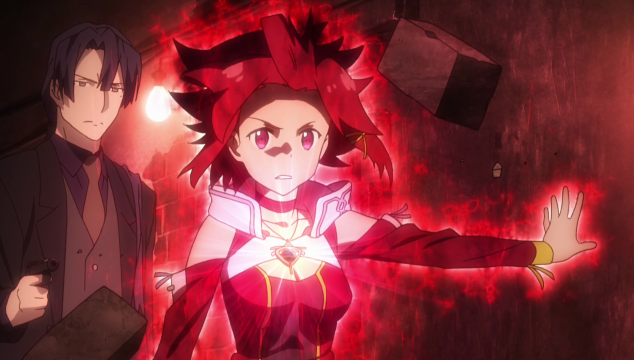 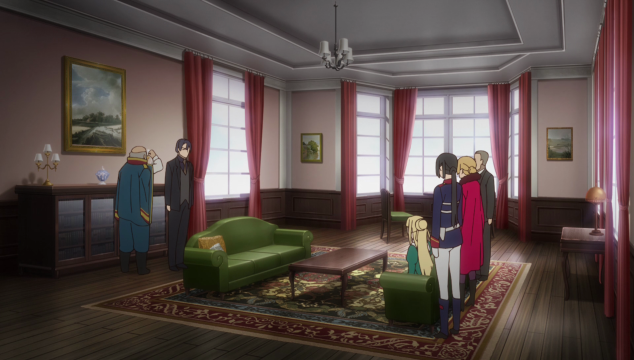 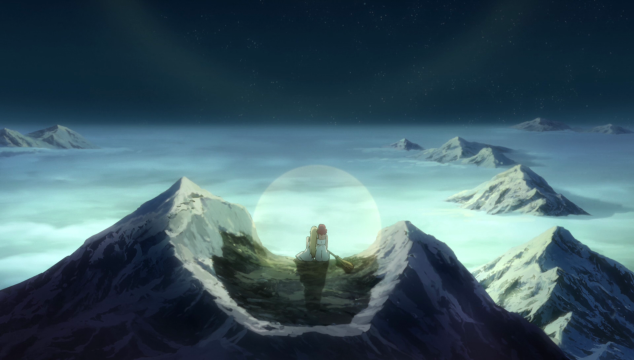 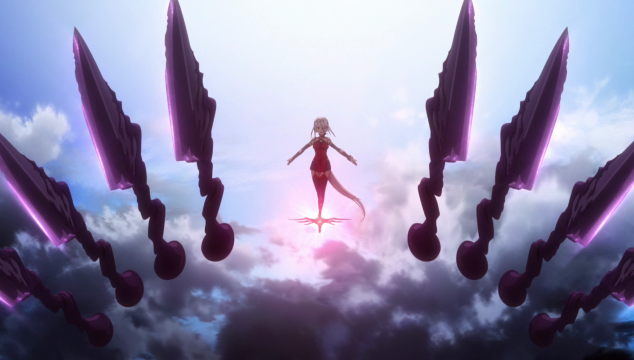 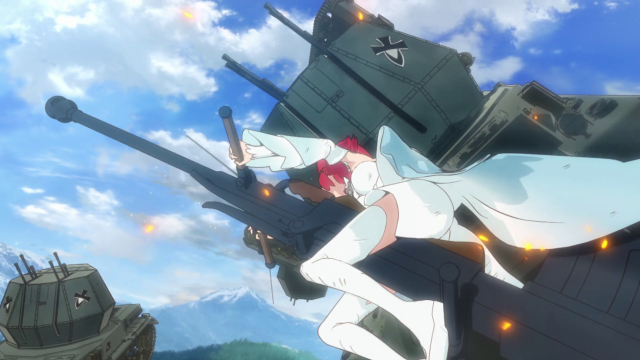 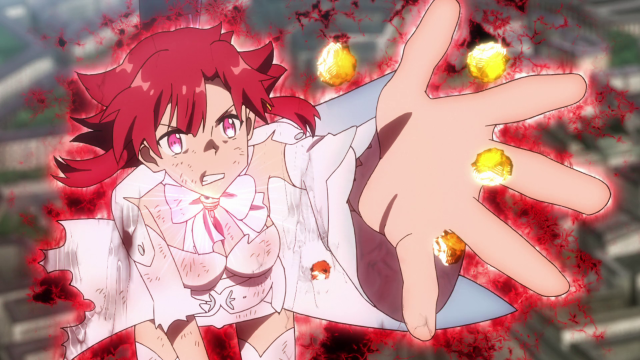 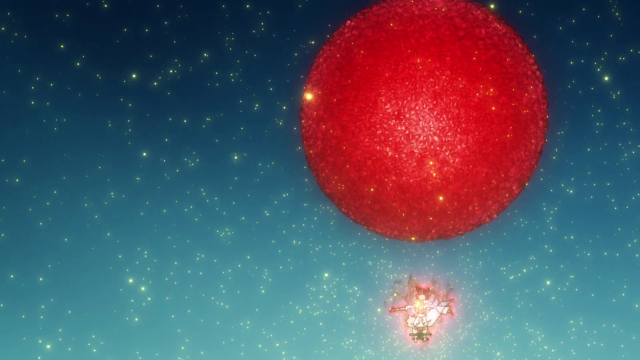 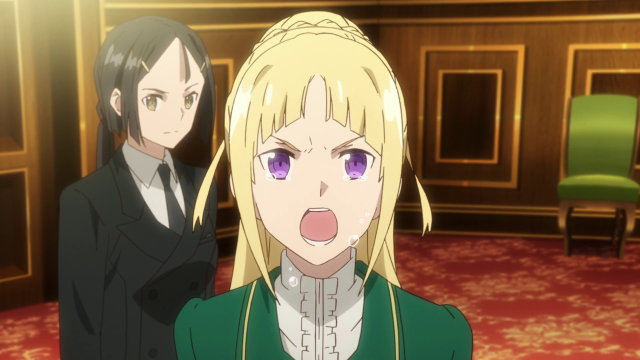 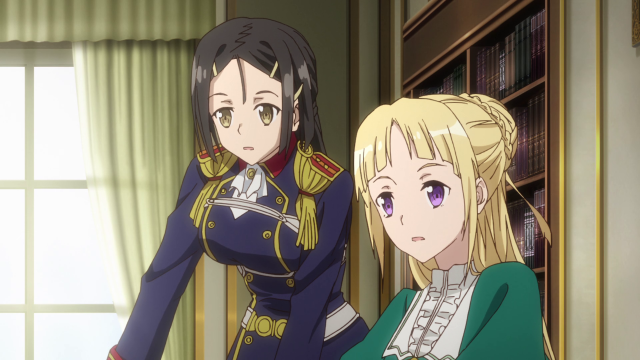 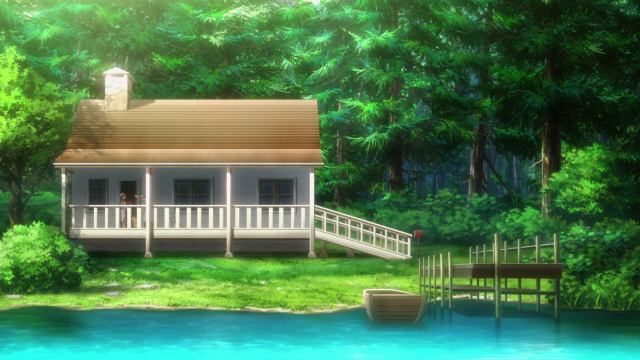 Ultimately, Shuumatsu no Izetta proved to be an entertaining journey whose idea and execution made it something worth watching each week. Fans of magic and WWII-era alternate history will be right at home in this anime, and those who’ve played Valkyria Chronicles (or seen the anime adaptation) will find an anime with many parallels to the series: both are alternate-histories where magic feature prominently. While it’s shorter length meant that the characters’ goals and aspirations are not explained fully to be compelling, Shuumatsu no Izetta does a sufficient job of covering the details behind how magic works, as well as the lore behind Witches in history and how these elements together impact the way that Izetta and Finé plan their next course of action. The artwork and animation in Shuumatsu no Izetta is of a generally high quality (save for a few moments where characters are drawn without faces for LoD reasons), and the soundtrack, with its strong choral element, brings to mind the sort of mystique associated with Witches that feels right at home with something like Puella Magi Madoka Magica. The final verdict for Shuumatsu no Izetta is a relatively straightforwards one — for fans of alternate history mixed with magic, this one is recommended, and for general viewers like myself, Shuumatsu no Izetta earns a weak recommendation: the world is explained to a satisfactory extent so most things make sense, although the anime’s short length will leave the viewer wishing the series was a bit longer such that more elements could have been detailed.

4 responses to “Shuumatsu no Izetta: Full Series Review and Reflection”