“Music is the movement of sound to reach the soul for the education of its virtue.” —Plato

The first of the now-derelict Anime no Chikara project, Sora no Woto (stylised So・Ra・No・Wo・To, translating to Sound of the Sky) is an anime that aired during the winter 2010 anime season. An original anime, Sora no Woto is set in a post-apocalyptic world, after a devastating global conflict regresses humanity to late ninetieth century technological and social levels. Kanata Sorami is a fifteen-year-old girl who volunteers to join the Helvetician armed forces as a bugler and is assigned to the 1121st Platoon in the town of Seize. On arrival, the normally-quiet town wrapped in festivities to celebrate local legends: Kanata finds herself lost amidst the activity and dirties her uniform, but is quickly found by Rio Kazumiya, her superior officer. While cleaning herself up, an owl makes off with a bell belonging to Rio’s father; Kanata resolves to retrieve it but winds up falling into a chasm. Using her bugle to signal for help, Rio rescues her and formally introduces herself as Kanata’s bugle instructor. Long decried for its resemblance to K-On!, Sora no Woto‘s first episode belies very little about the events that will occur through the anime. Instead, Sora no Woto immediately establishes itself as an anime where their unique world is the centerpiece for the narrative, taking the time to render the town of Seize and its surroundings in great detail.

Indeed, world-building lies at the heart and core of Sora no Woto; architectural and cultural elements in and around Seize are depicted to a very high quality, giving the sense that this is a world that could have logically arisen as a result of society rebuilding following a devastating war. In particular, the Legend of the Fire Maidens is presented as being of importance, driving traditions and beliefs in their society. These aspects come together to give the sense that Sora no Woto is indeed capitalising on its position as the flagship anime of the Anime no Chikara project; anime of this category strove to be completely original, and Sora no Woto succeeds in crafting a completely different world for its audiences to explore. From the first moments of the anime when Kanata is seen passing through the countryside en route to Sieze, or the Hanging Houses she stops at to clean herself up, it becomes apparent that the novel environment in Sora no Woto is intended to allow the anime to explore stories that are deeply entrenched into their world, resulting in an immersive and compelling story. 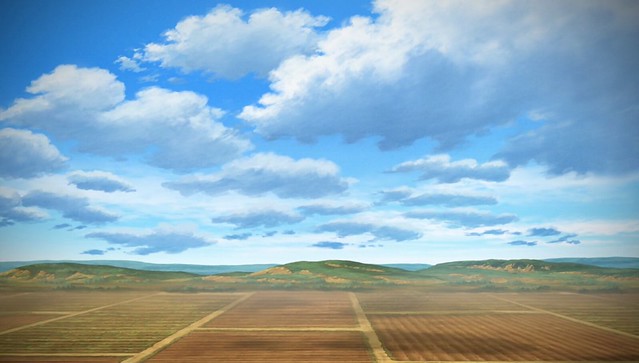 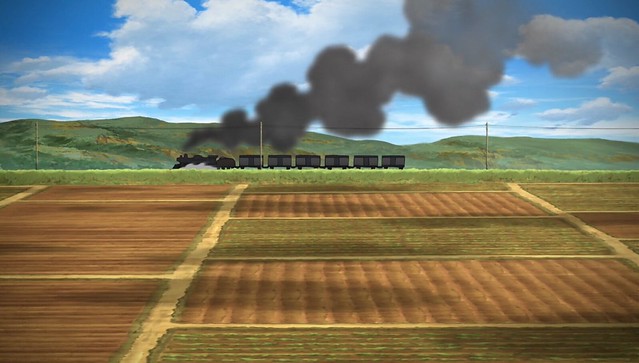 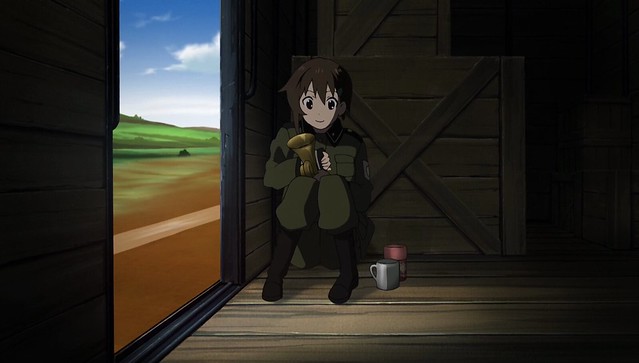 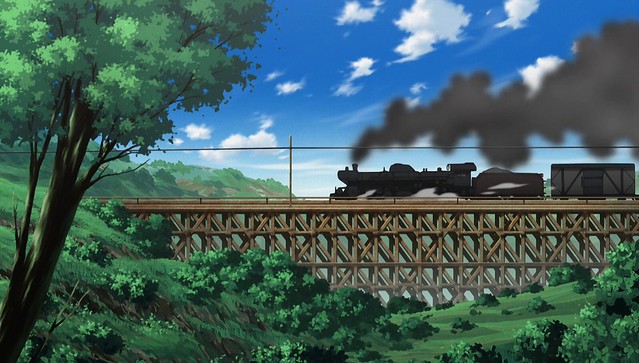 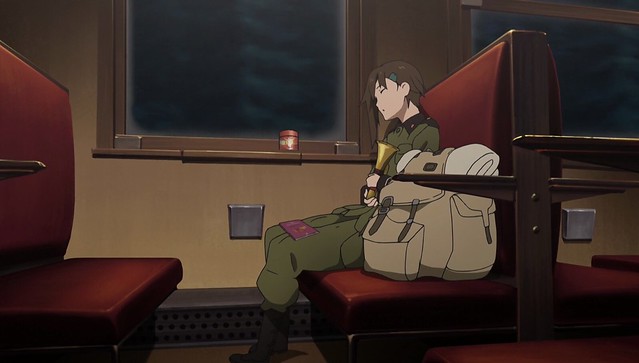 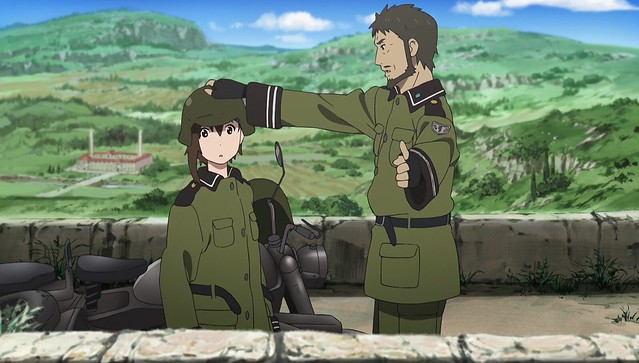 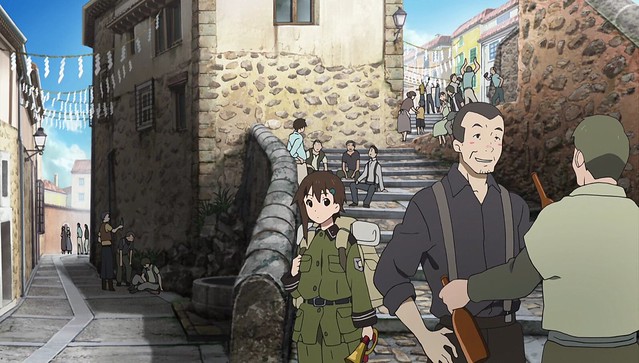 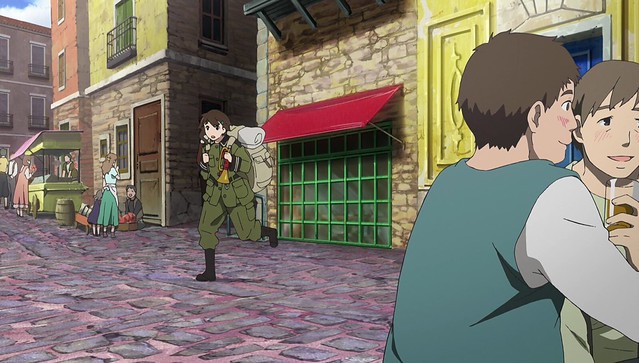 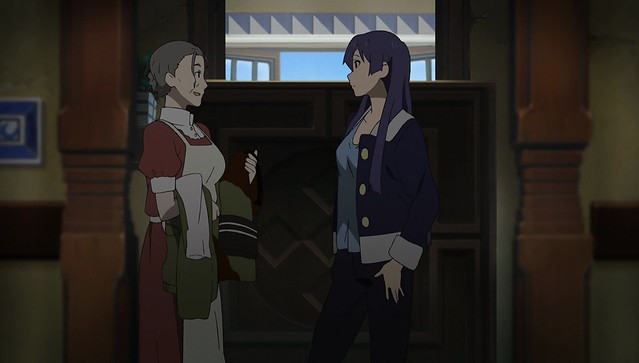 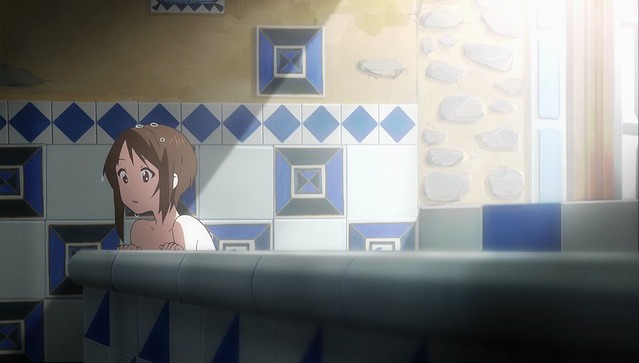 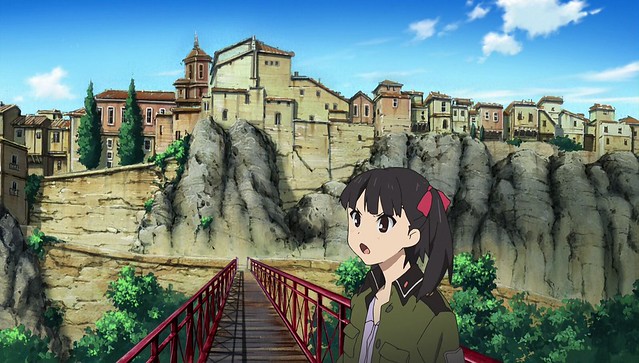 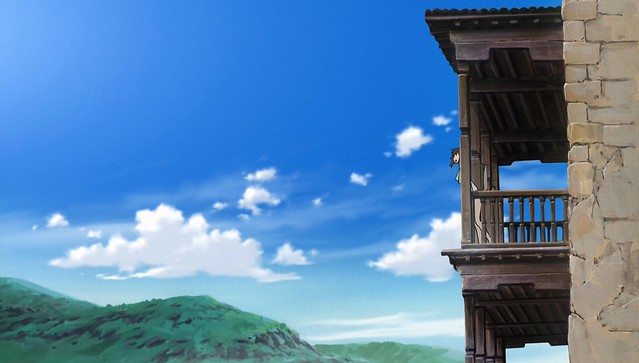 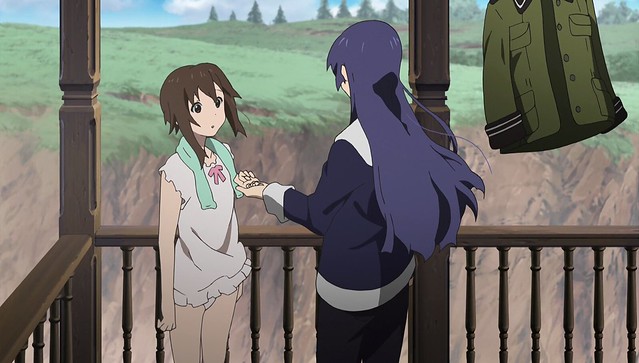 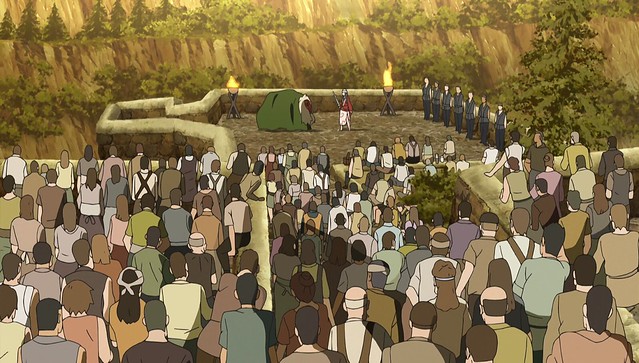 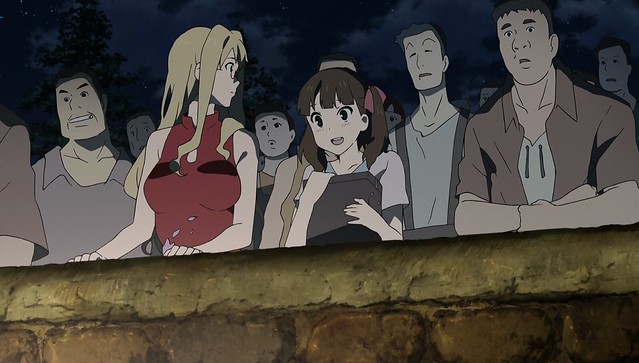 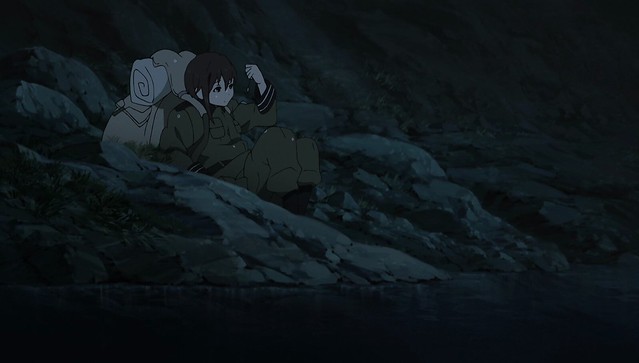 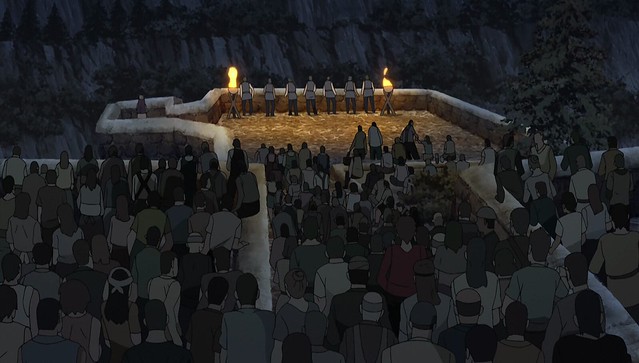 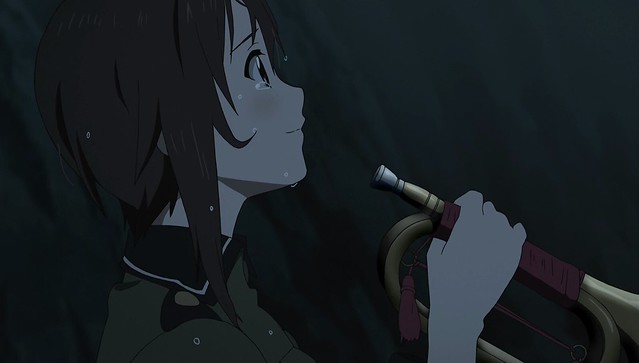 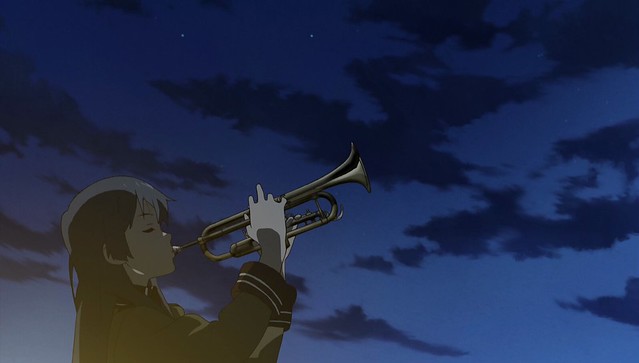 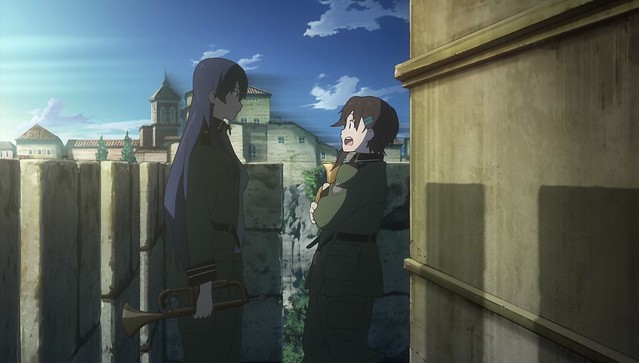 While the precise means of how I came about Sora no Woto is lost to history, I do remember being captivated right from the anime’s beginning, and that I watched the anime around five years ago. The rich world-building in Sora no Woto was immediately appealing for me, and the presence of detailed speculation posters around the ‘net suggests that numerous other viewers shared my amazement and intrigue for the anime. This attention to detail, whether it be Sieze’s similarities to its real-world equivalent of Cuenca in Spain, or the different equipment and events Kanata encounters in Sieze, is impressive. By presenting such a rustic, pleasant-seeming world, Sora no Woto‘s first episode draws in the viewer’s interest; I imagine that it would have definitely piqued the viewers’ interests after its first episode aired into seeing what would happen next, and what other elements would differentiate Sora no Woto from K-On!.