“The best teamwork comes from men who are working independently toward one goal in unison.” —James Cash Penney

While practising the fundamentals of music under Rio’s instruction, Kanata falls ill with Roseola. Rio seeks the assistance of local priestess, Yumina, who is able treat Kanata. Later, when she reawakens, Kanata laments being of limited use to the 1121st and creating trouble for everyone, but Rio remarks that an effective military unit is thus as a result of the contributions of each of its members, drawing parallels with music, where the sound of numerous instruments in different roles contributes to a much more complete final product. Taking Kanata into the Takemikazuchi, an armoured vehicle from the civilisation predating theirs, Rio shares with Kanata the song Amazing Grace. Through the third episode, additional insights into Sora no Woto‘s characters are provided in conjunction with allowing Kanata and Rio to interact with one another. Despite her strict mannerisms, Rio is shown to care greatly for those under her command, and her remarks to Kanata illustrate that she sees everyone as being present for a reason, each with a purpose to carry out.

Written by John Newton in 1779, Amazing Grace is a hymn about redemption, written from Newton’s own experiences: after a storm sent his ship off course, he prayed to God and later converted to Christianity. Modern interpretations of the song suggest the worth of overcoming external obstacles, rather than distance from God, and consequently, Amazing Grace presently refers to the seeking of fulfilment (grace). In some cases, Amazing Grace might even refer to self-discovery leading to transformation. Notions of fulfilment, purpose and self-discovery run strong in Sora no Woto; Rio’s reminder to Kanata that the latter has a purpose is the first instance of this theme manifesting in Sora no Woto, and while the forgiveness aspect becomes quite substantial later on in the series, themes of seeking a meaningful purpose in life remain a core element in Sora no Woto. By drawing upon the thematic elements implied by the song Amazing Grace, Sora no Woto‘s third episode begins suggesting to audiences that, well beyond being merely a military-moé anime, additional elements are at play in its narrative. 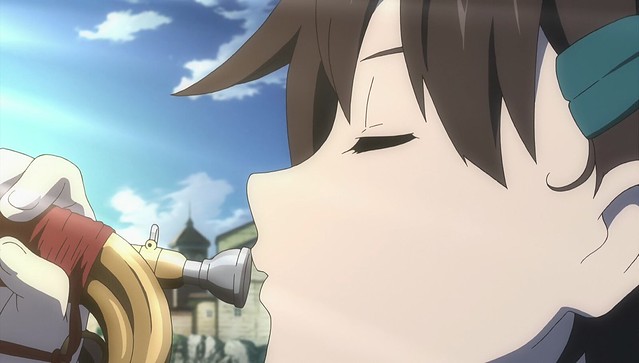 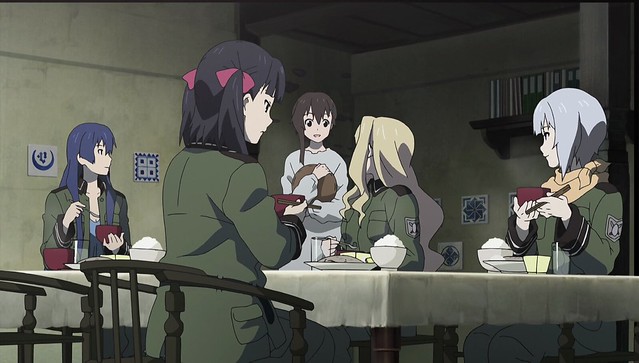 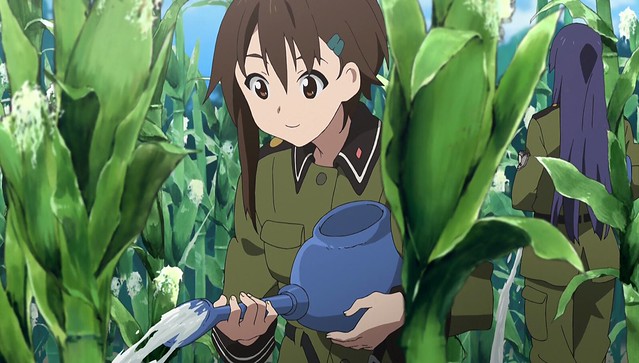 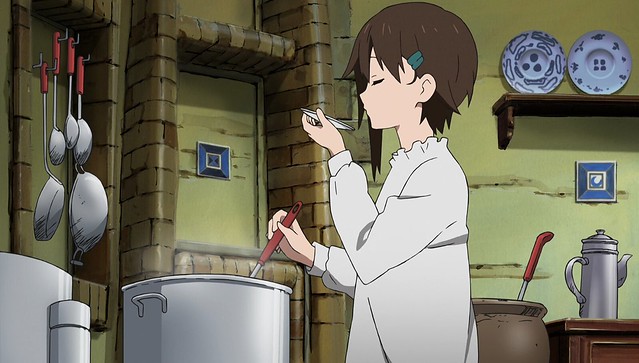 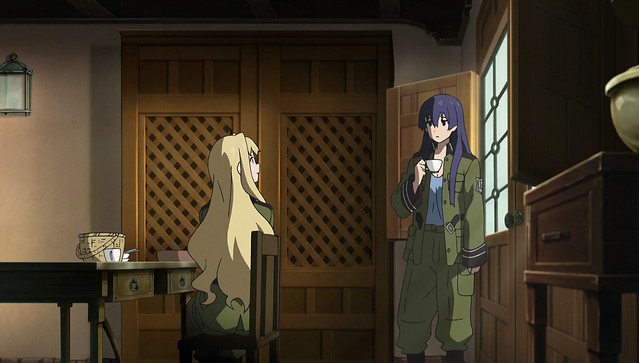 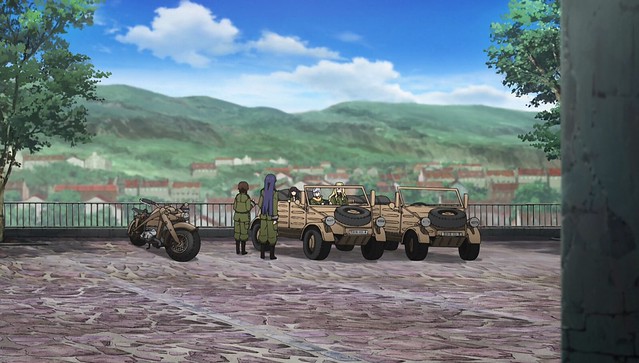 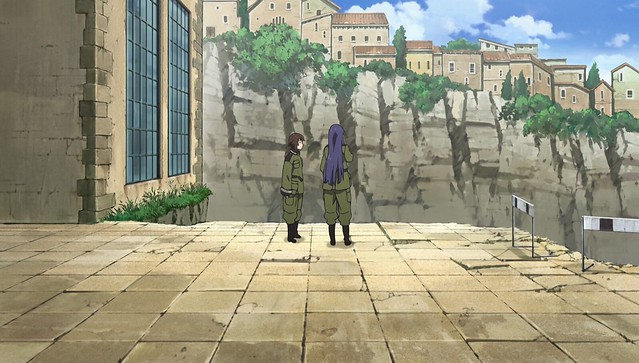 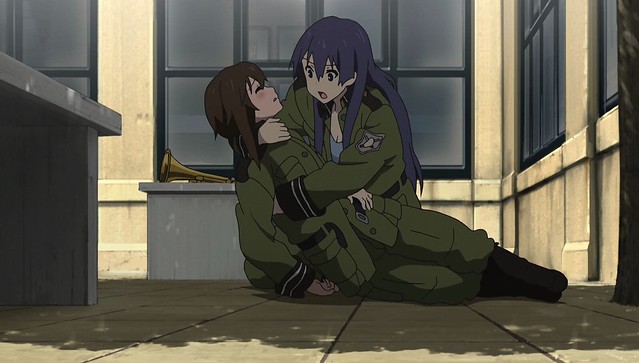 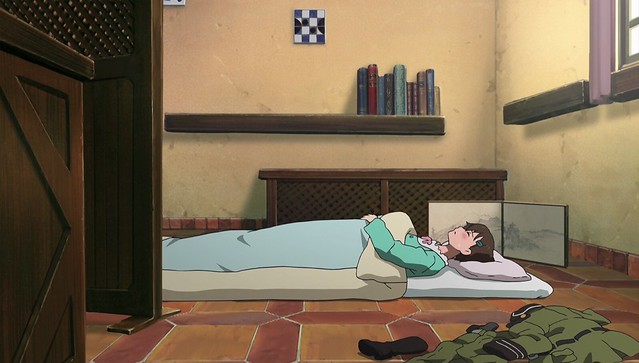 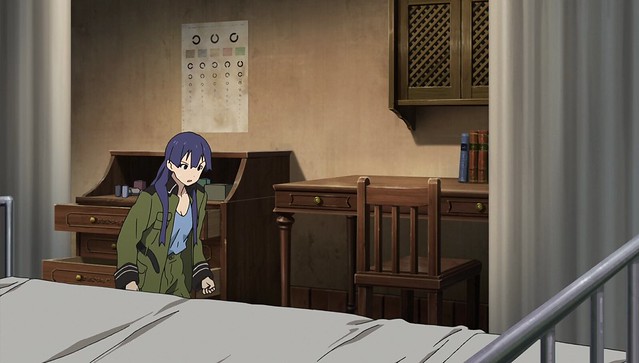 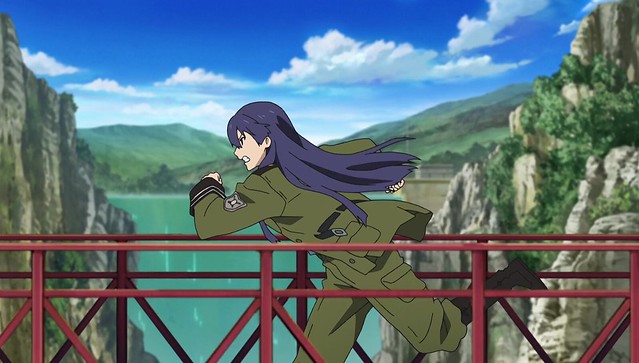 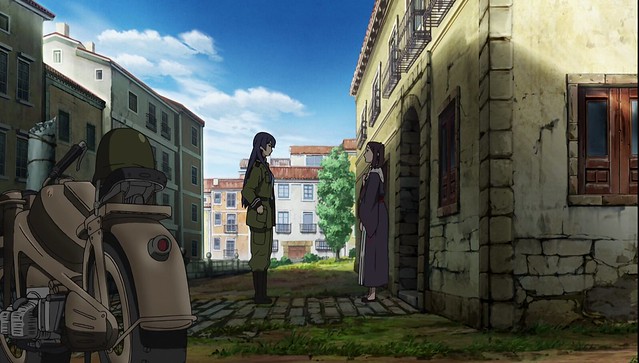 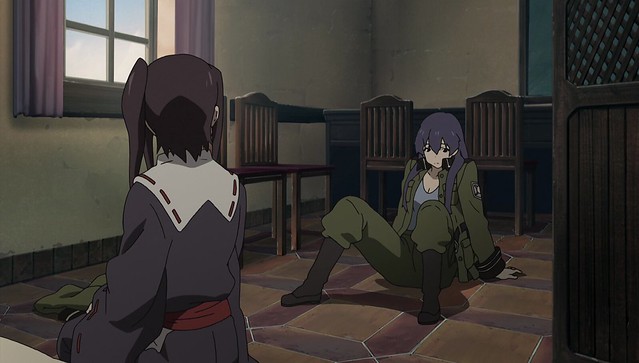 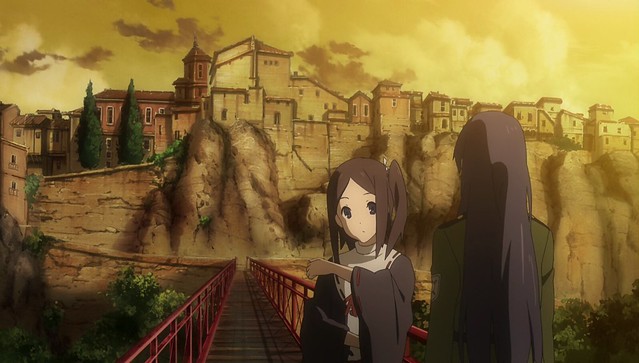 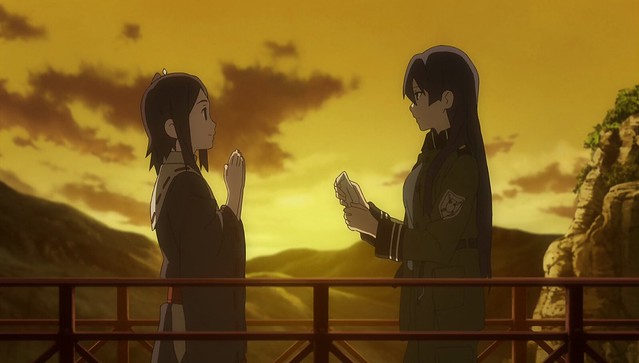 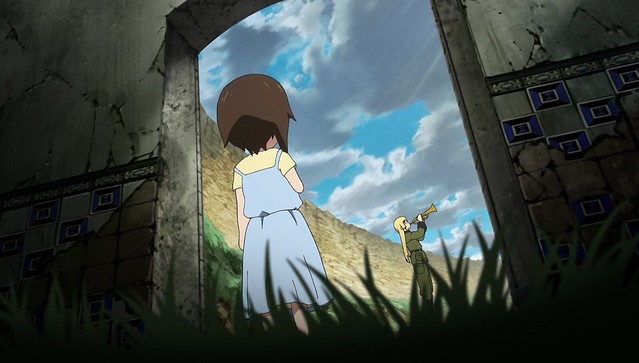 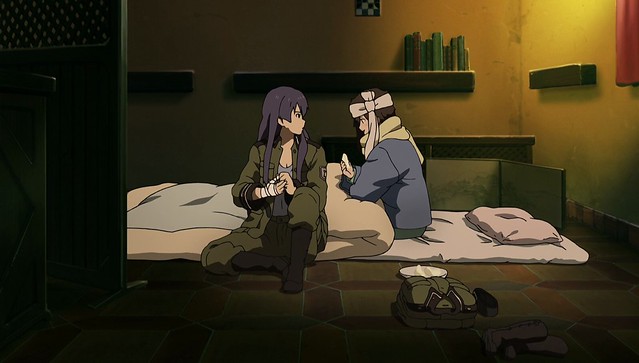 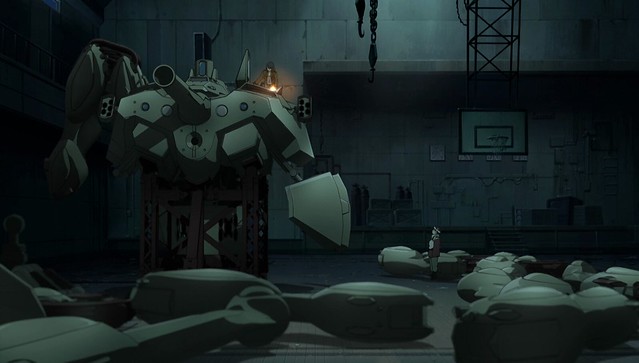 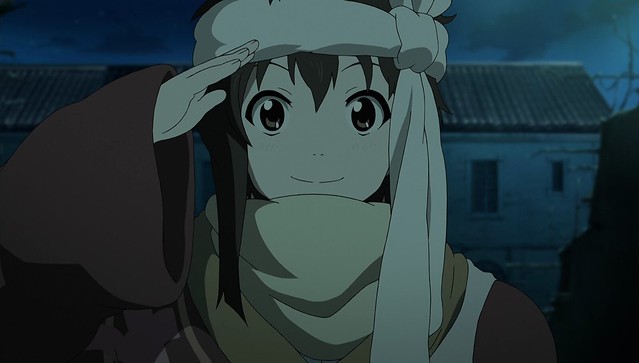 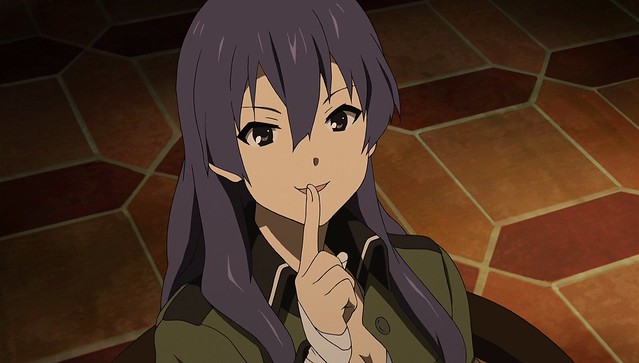 The third episode predominantly focuses on the mentor-student (or more informally, the senpai–kouhai) dynamics between Rio and Kanata. As the mentor, Rio is able to reassure Kanata that the latter is not merely a burden or holding the squad back in any way. In spite of her serious demeanour, Rio is well-suited for taking the innocent Kanata as a student. Similarly, although Kanata might have been depicted as a happy-go-lucky, ever-cheerful girl, her conversation with Rio shows that she does have doubts about her decision to join the armed forces as a bugler. However, thanks to the grace of her meeting with Rio, she gradually discovers her purpose, and over time, through acting as a mentor for Kanata, Rio will come to define a clear dream for herself, as well. Consequently, by the third episode, it should become quite apparent that comparisons between K-On! and Sora no Woto are superficial at best (and in actuality, would be considered invalid)— the incredible attention to world-building and development of the 1121st platoon’s characters stand in stark contrast with the lighter atmosphere in K-On!, and in time, Sora no Woto will decisively show that it is completely unlike K-On!.