3 Comments Posted by infinitezenith on January 23, 2017

“People are like stained – glass windows. They sparkle and shine when the sun is out, but when the darkness sets in, their true beauty is revealed only if there is a light from within.” —Elisabeth Kubler-Ross

Noël learns that the replacement lenses for Takemikazuchi’s targeting system fail to synchronise during testing, and as the skies darken with rain clouds, she and Kanata are tasked with visiting the local glass factory to pick up new glass lenses. Travelling through the town, they revisit Naomi’s shop, where Kanata stops to admire a glass dolphin, and after picking up their supplies run into some children. However, it’s a cold encounter when one of them sees Noël and, asserting his hatred for soldiers, takes off. While distraught by his remarks, Noël and Kanata continue to the factory. Despite the glassworker’s efforts, they cannot reproduce the optics. In spite of it all, Kanata finds the glass factory an amazing place and comforts Noël, saying that ultimately, machinery is only as moral or immoral as their users. In speaking with Carl and Maria, two other workers, Kanata learns that sound shares a similar property to glass in that rather than being beautiful when forced, it should be gently shaped into anything the maker wishes. She takes this advice to heart, and by sunrise, manages to improve her bugling skills. When the others realise that Kanata has perfect pitch, they ask her to help calibrate the optical lenses, picking the reproduction whose resonance matches most closely with the original, and finally manage to get the Takemikazuchi online.

A beautiful episode of rainfall and sound, Sora no Woto‘s fourth episode gives Kanata some time with Noël, learning about the taciturn girl whose genius as a mechanic and love for machines conceals a difficult secret about her past. In slapping away Noël, Seiya’s reaction and marked hatred for soldiers, coupled with Noël’s own remarks about her preference of machines over people, seems to suggest an unpleasant history with people and her own engineering talents. Kanata’s presence, on the other hand, serves to balance this darkness out with hope. Ever-optimistic and willing to learn, Kanata seems to bring sunshine with her regardless of where she goes, and it is her naïveté that allows her to continue wishing to learn and improve even as the world around her feels contrary to allowing such spirits. Ultimately, it is this attitude and Kanata’s own innate talent of perfect pitch, that leads Noël to find the solution for the Takemikazuchi. In succeeding, she and Kanata become closer, both as squad-mates and as friends. 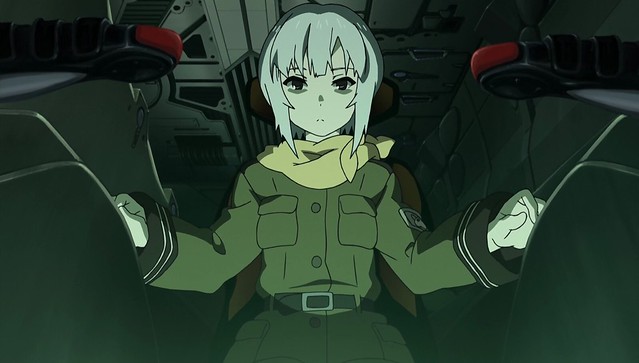 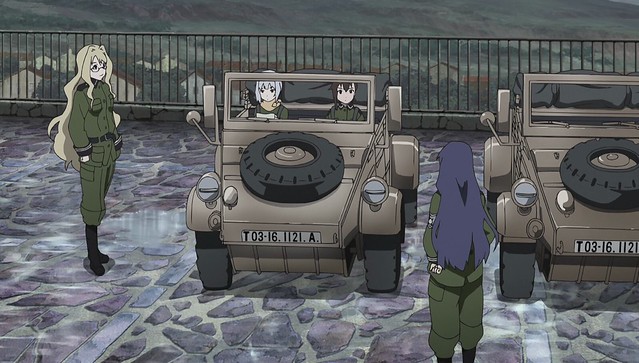 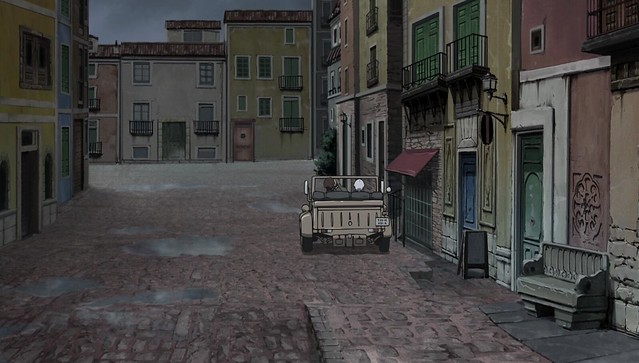 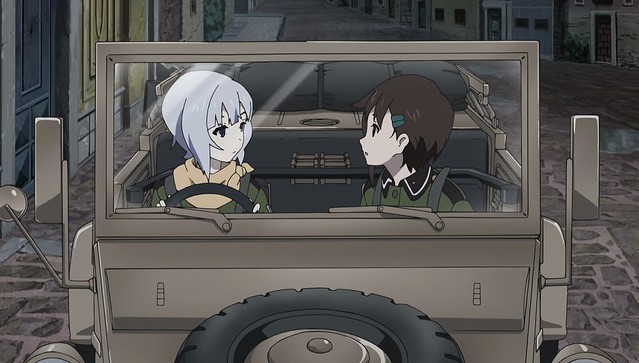 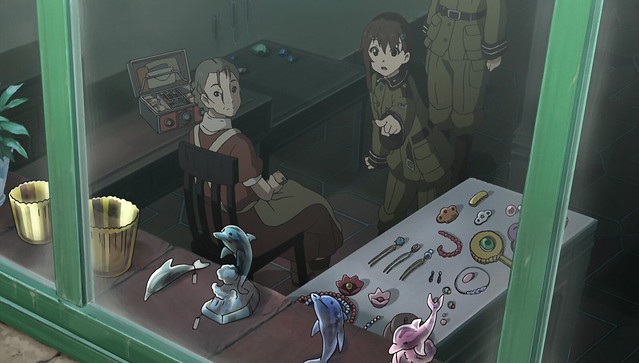 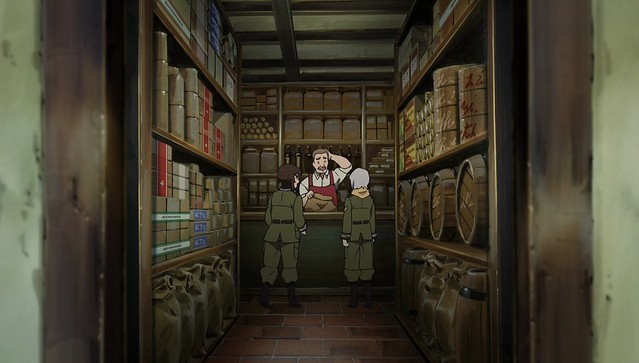 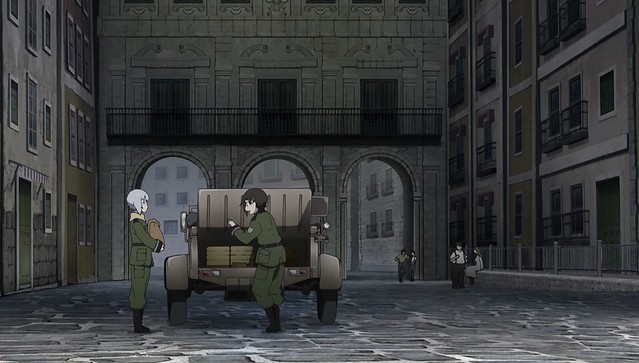 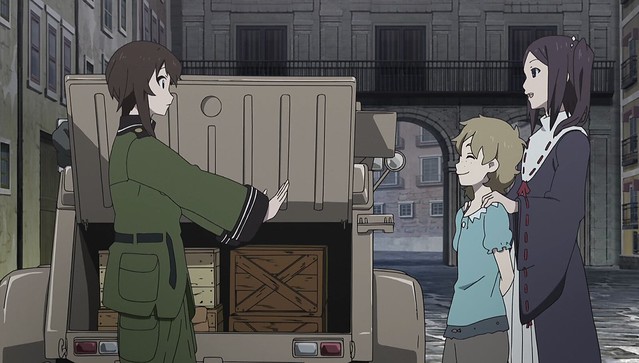 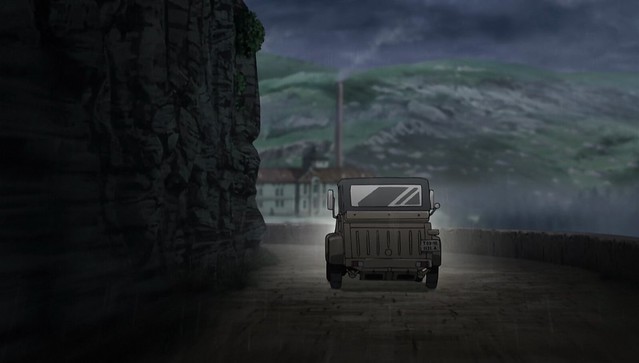 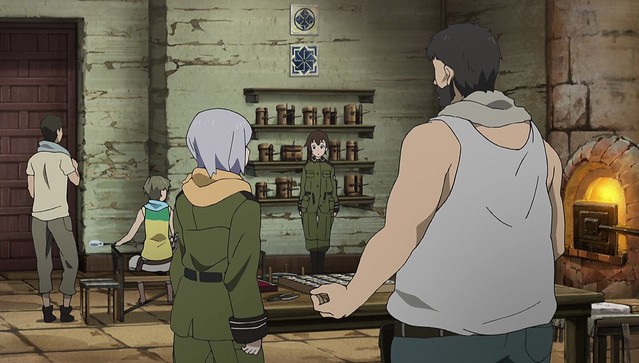 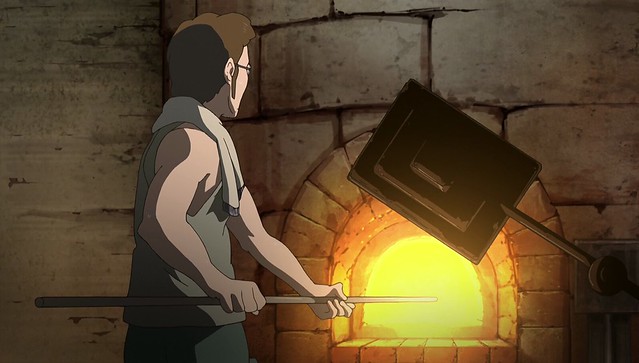 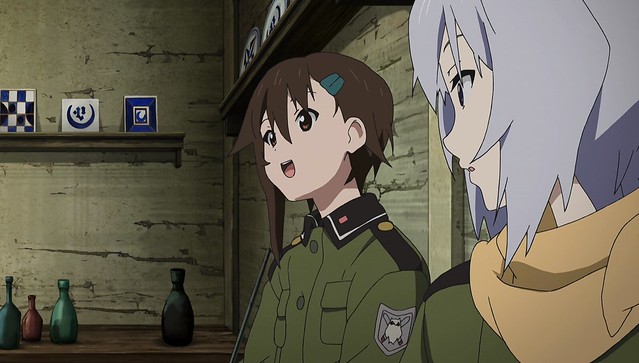 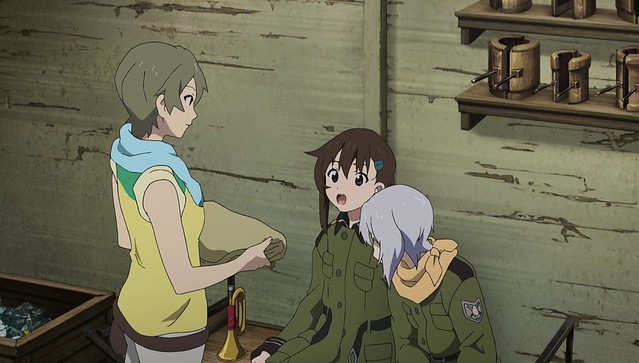 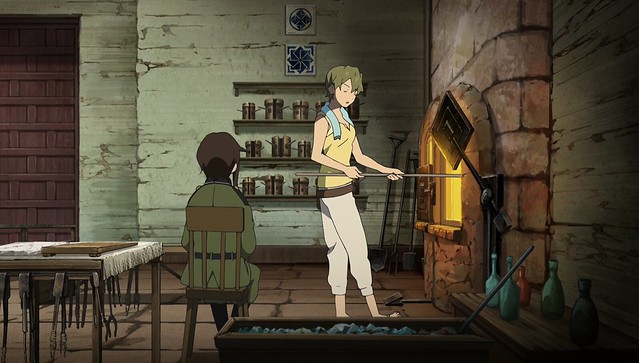 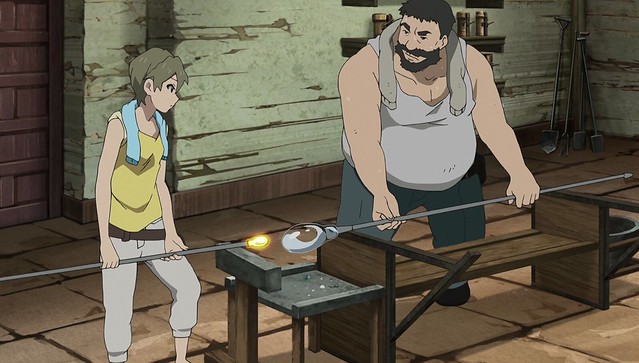 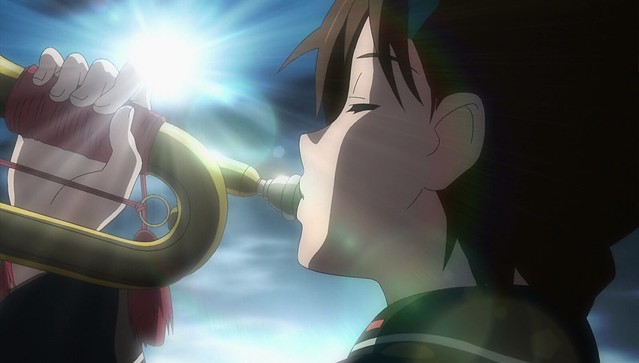 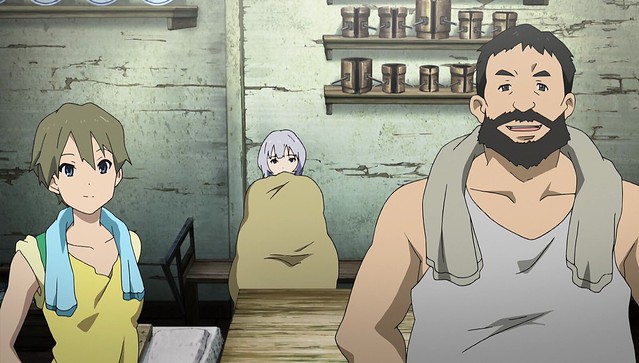 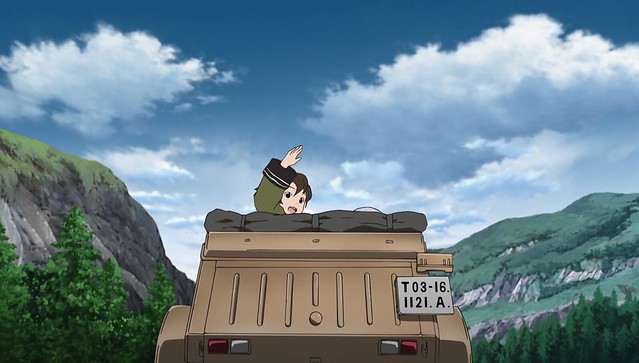 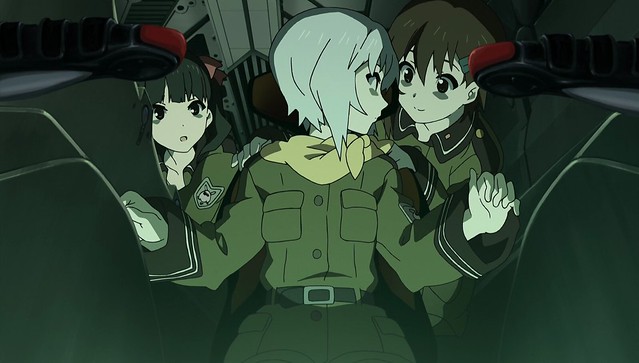 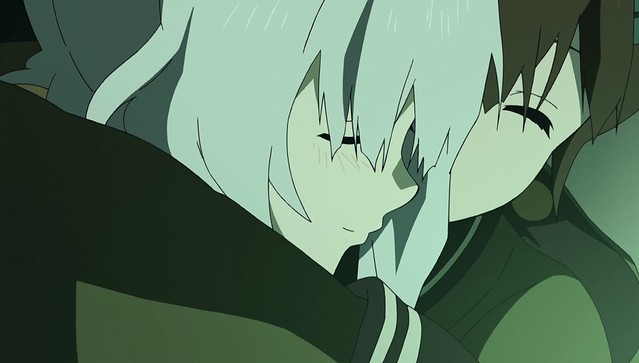 The intricate universe in Sora no Woto continues to be explored, bit-by-bit, with each passing episode, and from a personal standpoint, the fourth episode resonated with me with its detailed depiction of glass-blowing. Modern glass apparatus are formed mechanically, with glass-blowing being considered more as an art form. The Corning Glass Museum in New York State was where I saw glassmaking for the first time, and coincidentally, I took that trip in the summer of 2011, the same summer as when I watched and finished Sora no Woto. To see the processes captured faithfully was a strong indicator that Sora no Woto would be an anime that paid attention to the details, in turn, crafting a much more compelling world that the anime is set in. Besides glassmaking, the fourth episode also portrays Seize on a more ordinary day, under much quieter conditions outside of the festival. One of the elements I always wonder is, what does a place normally look like outside of events or festivals, and with this episode, it turns out that Seize is a tranquil place far removed from centres of activity. Such subtle details speak volumes about the world that characters exist in, leaving audiences curious as to what sort of adventures await the characters in such an intriguing world.