Mountain Hiking: The Ends of the World- Sora no Woto Fifth Episode Review and Reflection

“Keep close to Nature’s heart… and break clear away, once in awhile, and climb a mountain or spend a week in the woods. Wash your spirit clean.” —John Muir

On a warm spring day, Felicia announces that the 1121st is to take a day trip into the nearby mountains with the aim of inspecting local observation stations. At Rio’s request, Kanata, Nöel and Kureha are made to carry heavy packs up the mountain as a part of their training. They manage to locate the first of the stations, but their packs soon cause the fatigue. Kanata decides to take a break in a nearby stream, and soon, Nöel and Kureha join in. However, wildlife loot their equipment, resulting in the loss of their provisions, including a compass. Despite lacking the means of orienting themselves, Kanata and the others manage to locate the rest of the stations. They run into Felicia at the last checkpoint at the edge of No-Man’s land, who points out signatures left behind by earlier soldiers. With their mission complete, Felicia takes the girls to a hot springs, where Rio is waiting with a stockpile of bayberries after she’d fended off a wild boar. During their trek, the terrain remains green with vegetation, and one might be inclined to think that for a world that’s ended, things are not so bad.

However, the introduction of No-Man’s land, a vast desert, seems to hint at the extent of the devastation the world experienced in the aftermath of whatever war was fought. Thus, the area surrounding Seize is a refuge, the vestiges of what remains of the world’s inhabitable lands. While this shows the scope of the conflict, the presence of lush mountain passes and clear brooks that form the backdrop for Kanata and the others’ adventure shows that even in a ravaged world, beauty and life continue to endure. How one views this world’s situation is largely a matter of perspective: either the devastation is slowly overwhelming all that is good in the world, or else the good in the world continues to find a way even if despair appears to have won. As an optimist, I stand firmly with the latter, and it is this approach that Kanata seems to take. Finding joy in most everything she encounters, Kanata is driven to bring out the positives in the world around her, turning what was otherwise an arduous trek into a journey that leads to new discovery. 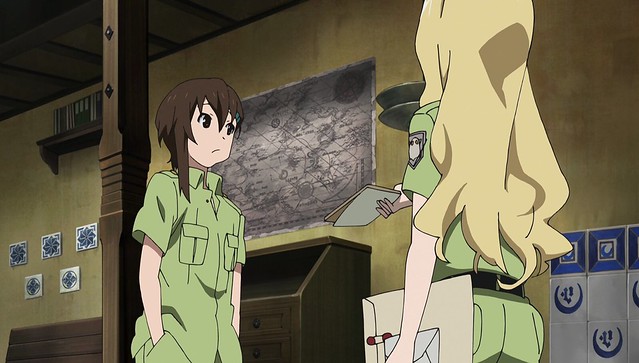 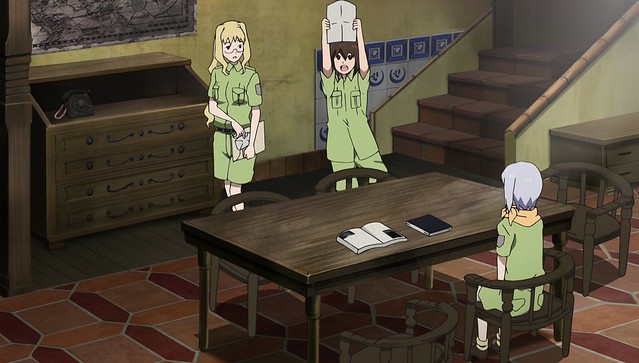 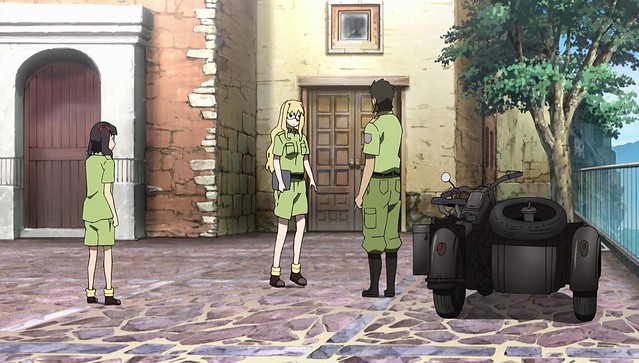 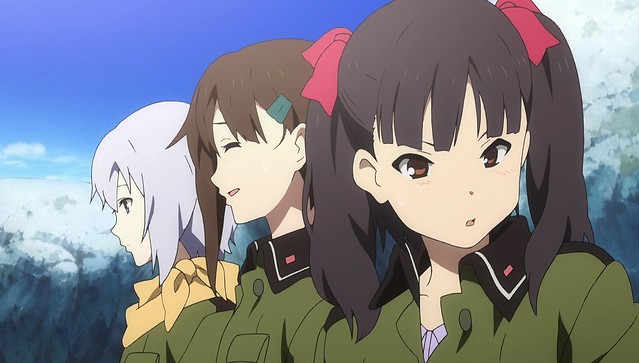 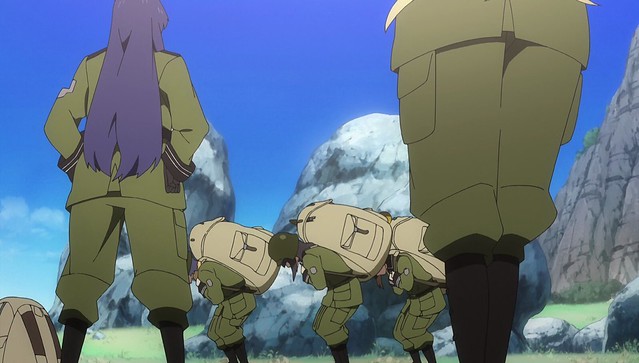 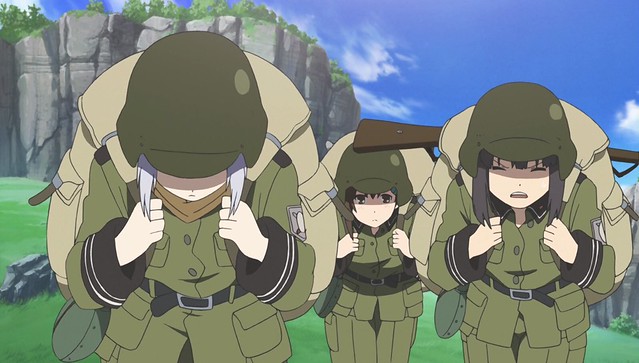 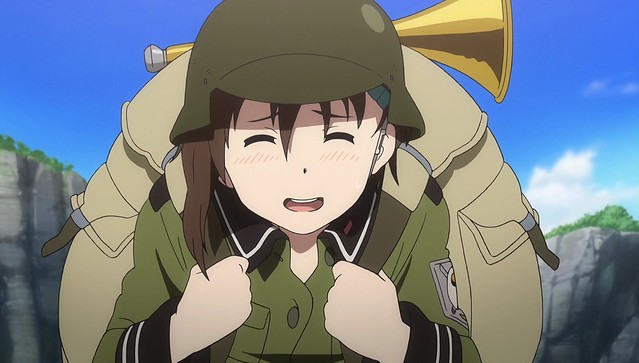 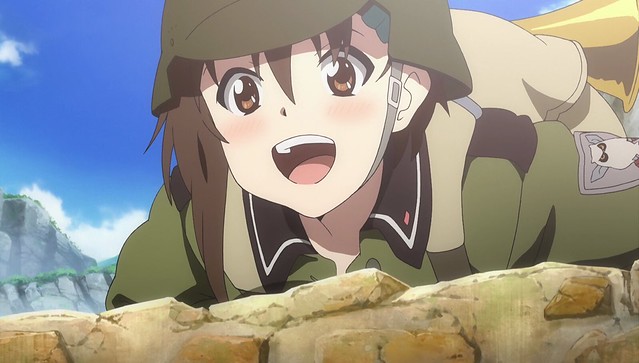 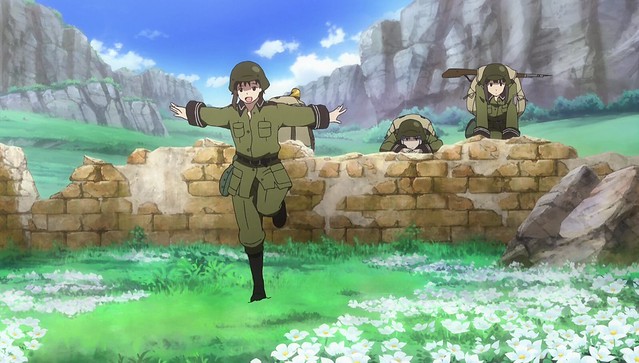 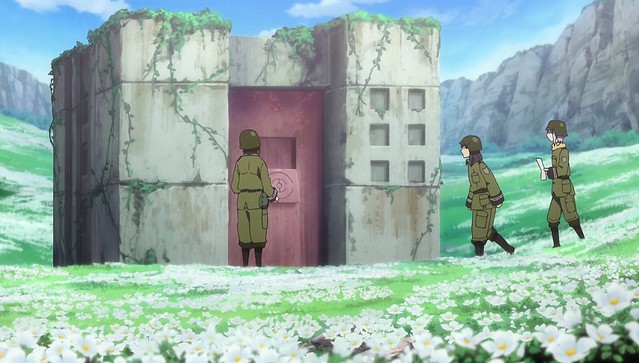 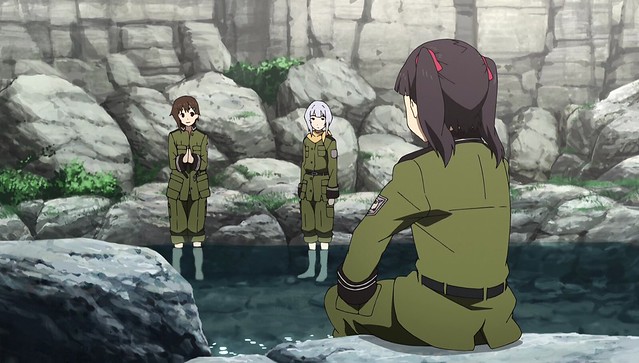 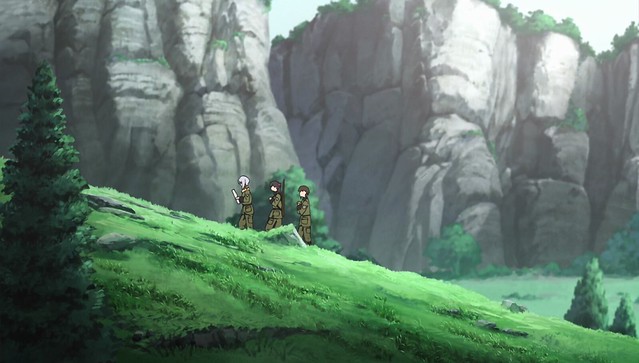 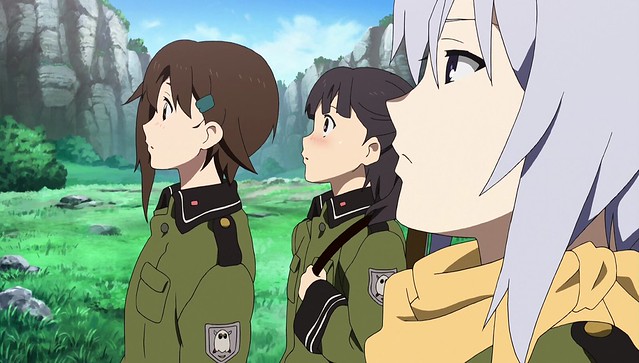 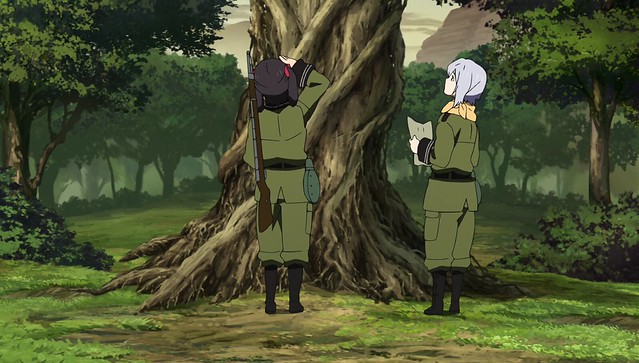 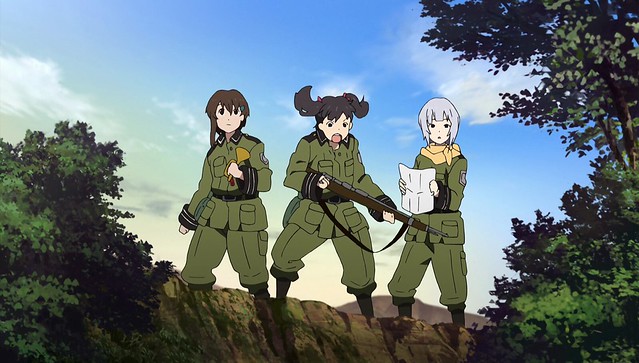 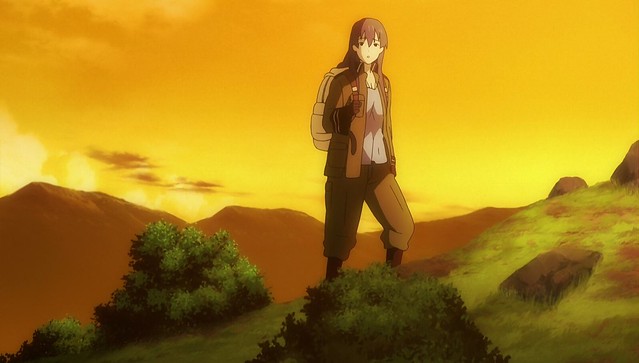 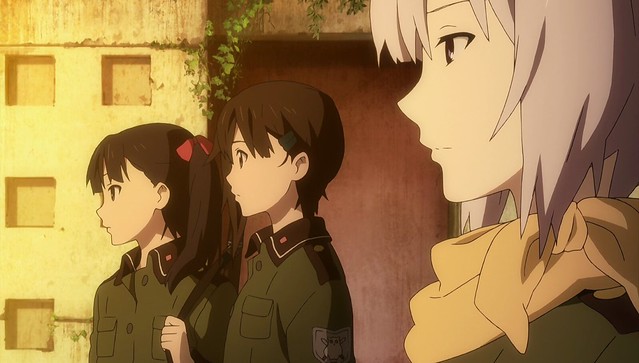 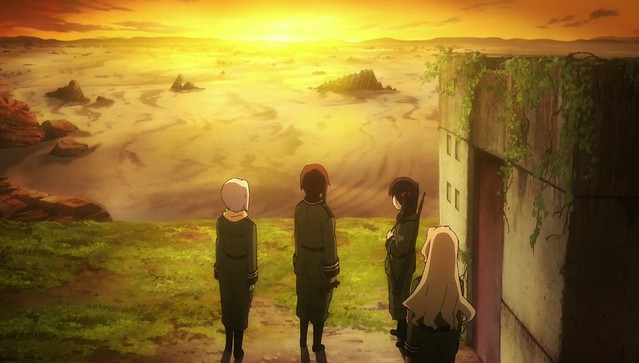 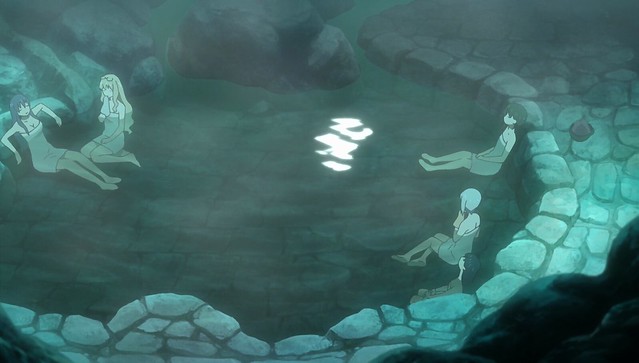 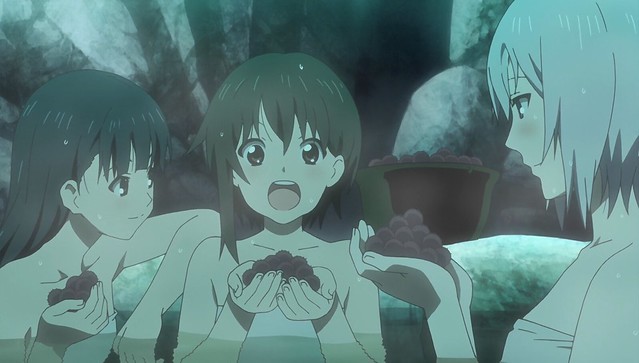 Optimism is one of the most predominant themes early on in Sora no Woto: through Kanata’s eyes, audiences are presented with the seemingly trivial elements in Seize and its surroundings that manage to make Kanata’s day upon discovery. Positive attitudes and outlooks become critically important when times are tough; Sir Winston Churchill’s stance on morale, for instance, allowed the British to endure during the Second World War, and in general, the sense of hope conveyed through high spirits in light of adversity is a powerful motivator for people, allowing them to continue trundling forwards. While some folks find Kanata’s personality to be inappropriate for such a world, I note that Kanata’s energy, in being so infectious, has an overall positive effect on Nöel and Kureha, further demonstrating the impact she’s having among the 1121st; with her example, Nöel and Kureha manage to have a good time in spite of their situation, and these lessons impact how they act in response to difficult situations later in Sora no Woto.