Kanata’s Day Off: Hairdressing- Sora no Woto Review and Reflection at the Halfway Point

“My greatest achievement so far is that I’ve been able to continue with my normal life. I love what I do, but more so, I’m glad to have people who care about me close by.” —Kim Smith

Having received her paycheque, Kanata decides to drop by the town, leaving Rio and the others to conduct their business: the Clocktower Fortress also serves as a front for an off-the-books Calvados operation. In order to dissuade some criminal elements in the area from becoming too interested in the operation, Felicia, Kureha and Nöel stage a transaction gone bad, where they “gun down” several clients and frighten the criminals into leaving. Meanwhile, while in town, Kanata sets off to browse the market for gifts to her family, but learns from Yumina about Mishio, who took off after objecting to Yumina brushing her hair. Searching for a box precious to her, Mashio winds up at a derelict house and slips off at the time when Nöel and the others are engaged in their theatrics. She’s saved by Kanata, although the pair dislodge boulders that total the criminals’ vehicle. In a turn of fate, Mishio’s box is found in the vehicle with some other articles, and she gives the box to Yumina as a gesture of appreciation.

The sixth episode of Sora no Woto, though focusing on the daily ins and outs of life around Seize, is done using a parallel narrative that fits nicely together to keep things interesting for its viewers while simultaneously reinforcing themes from the previous episode. In her interactions with Mishio, an orphan who has very fond memoires of her parents, Yumina demonstrates that she is nonetheless a capable foster parent, caring deeply for those in her care. These bonds and dynamics are shown to play a major role in a world that has seen widespread devastation and, similar to themes from the previous episode, shows that even in a ravaged world, beauty and good can continue to exist. Similarly, the existence of criminal elements who take an interest in the Clocktower Fortress’ Calvados operation are intended to illustrate that even in the aftermath of an apocalypse, there are individuals and groups who strive to serve themselves at society’s expense. Although this might be a world where people have found a way to survive together, the more unsavoury aspects of human nature can sometimes appear. In spite of this, so as long as the good people are willing to act and are in greater numbers, society as as whole is more likely to endure and survive. 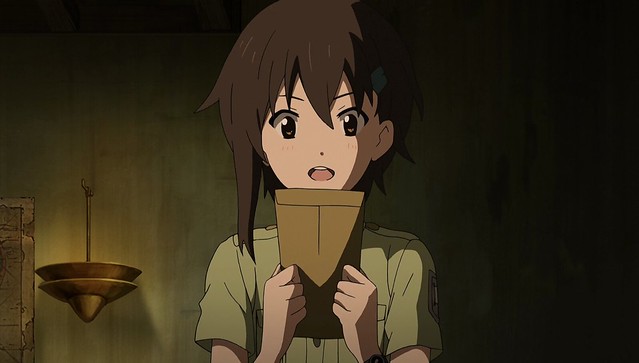 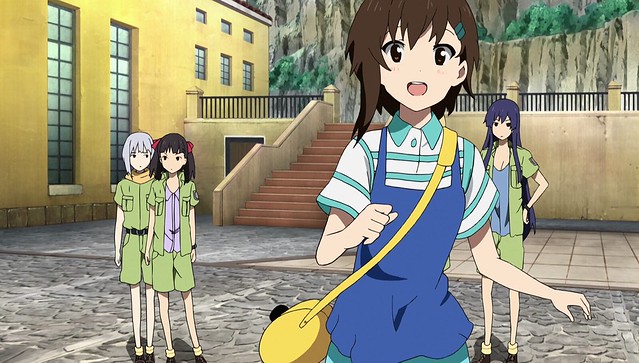 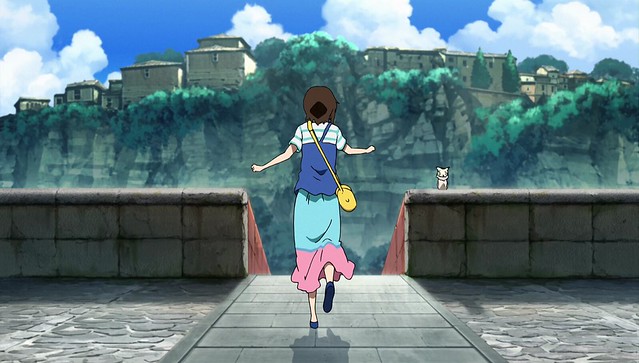 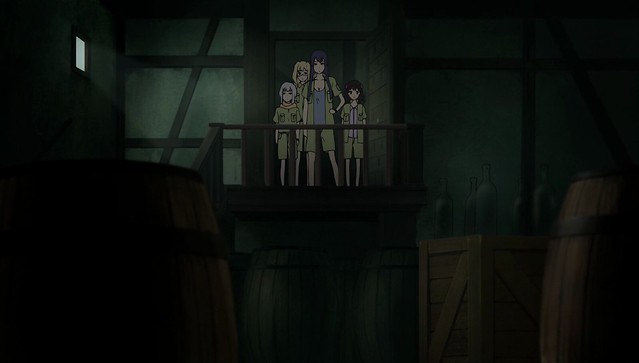 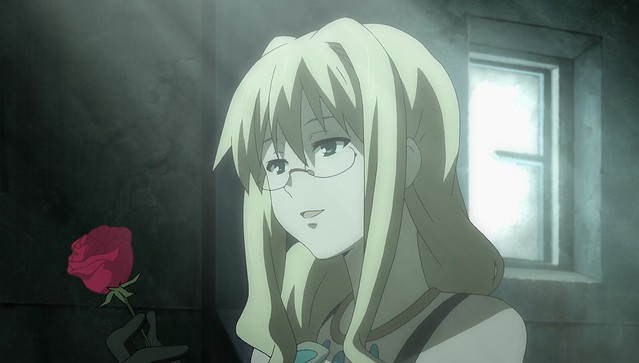 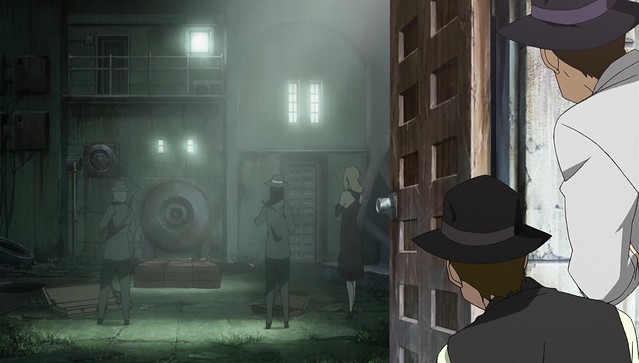 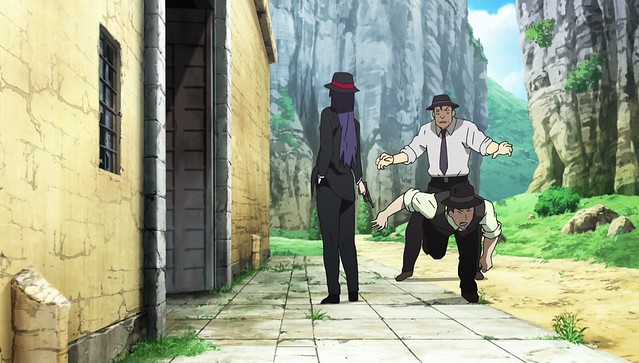 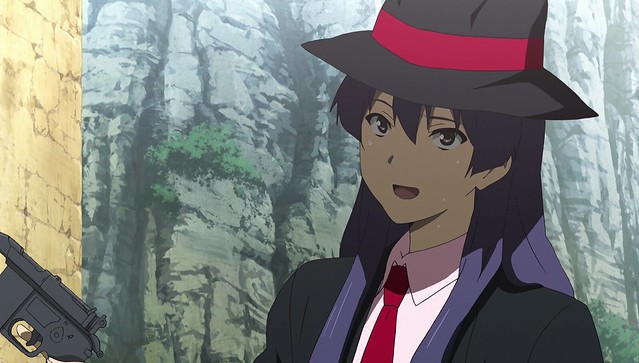 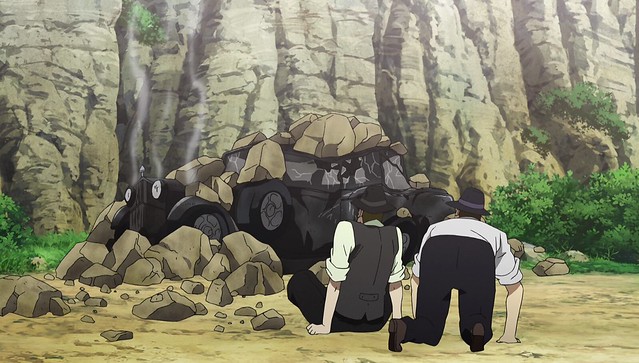 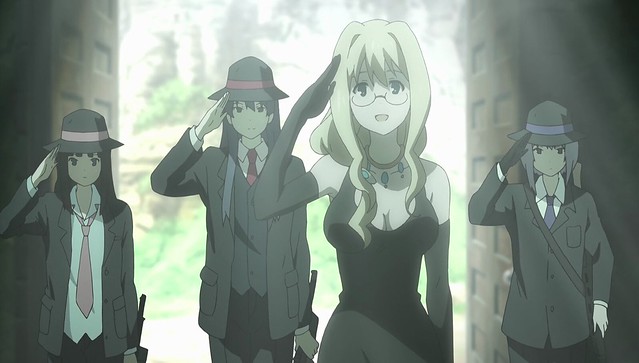 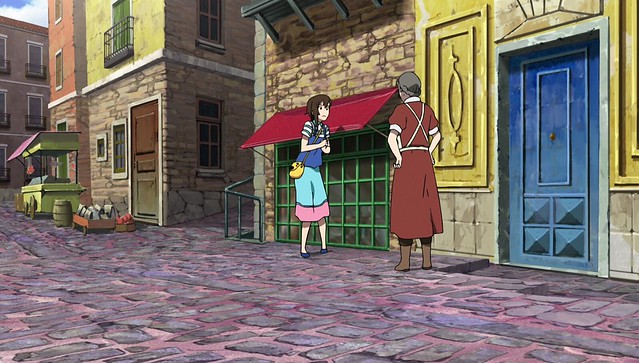 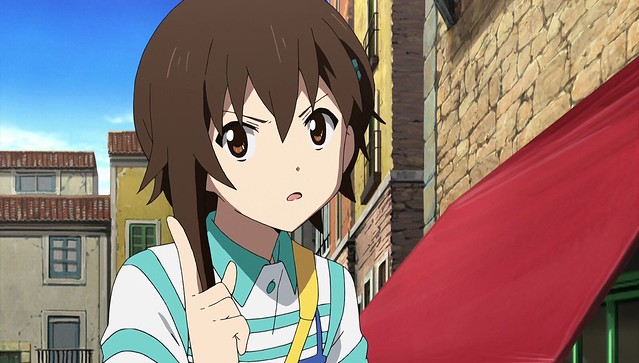 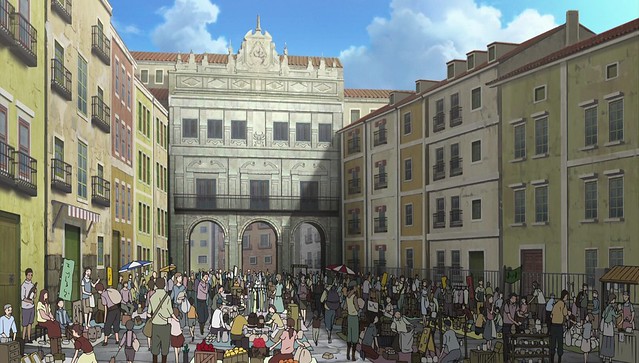 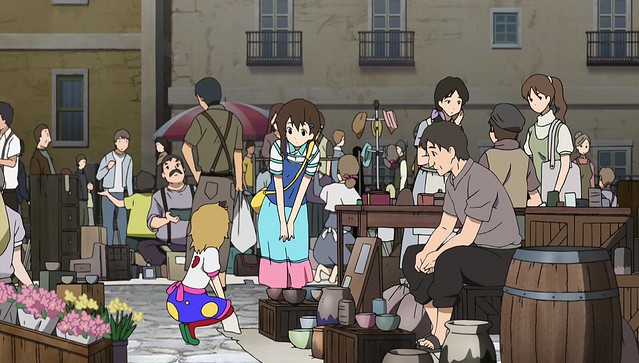 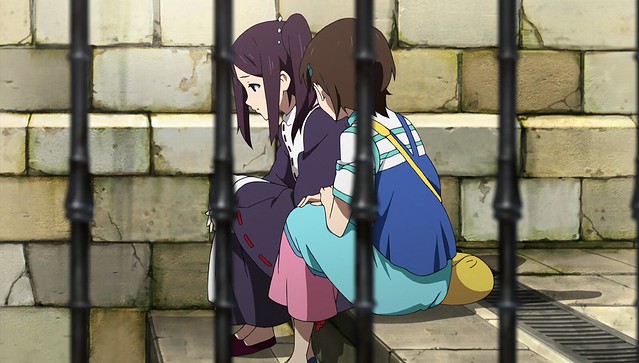 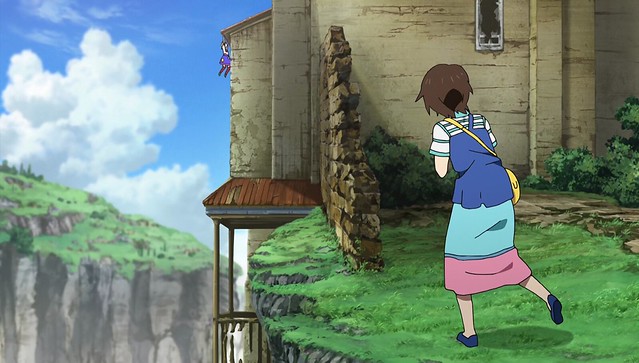 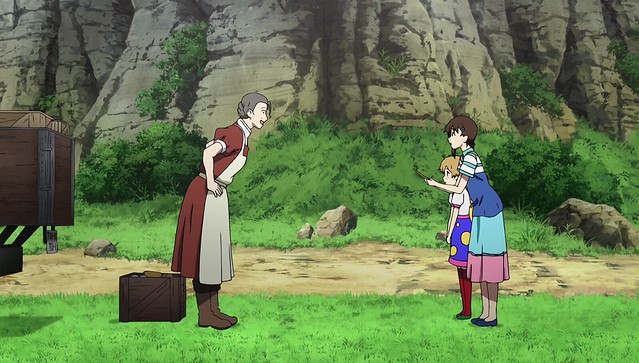 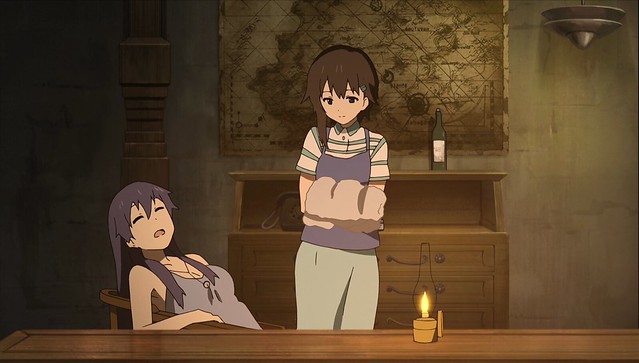 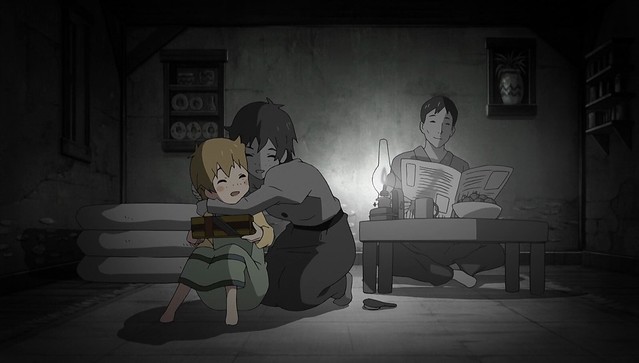 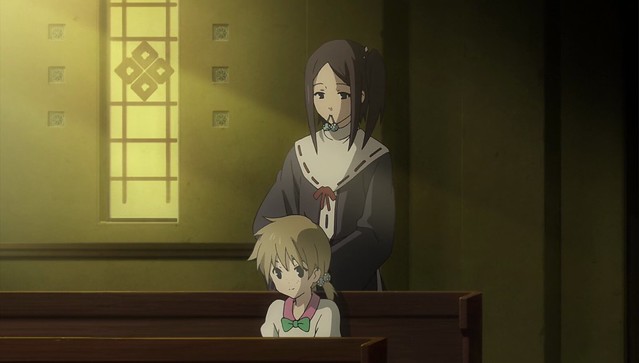 Elements that are introduced or explored in Sora no Woto are all present for a reason: the sixth episode strongly demonstrates this in subtle details to remind audiences that everything has a purpose in the anime if it is shown. For instance, Kanata is roughly pushed aside by one of the criminals in town, and this immediately tips off Naomi that unsavoury figures are in town. The destruction of their vehicle, seemingly a fluke, was actually an accidental event resulting from Kanata and Mishio, who had reached that state themselves after gunfire from Felicia and the other’s performance. In short, Sora no Woto suggests that everything happens for a reason, this episode’s events are utilised to guide a particular outlook among viewers — small details in the earlier episodes likely will foreshadow or hint at revelations or events in later episodes. It becomes clear that, in spite of its artistic style or the audiences’ initial impressions, Sora no Woto is intending to explore new territory; the upcoming episode demonstrates exactly this and ended up being quite a surprise for the viewers, especially among those who were quick to dismiss Sora no Woto as a military incarnation of K-On!.