Passing of the Typhoon: False and Real Images- Sora no Woto Ninth Episode Review and Reflection

In the aftermath of the telephone call, Rio’s behaviour takes an inexplicable shift. Klaus delivers a package for Rio, and the others fill Kanata in on Princess Iliya’s significance and relationship to Rio. However, a typhoon has arrived, bringing heavy wind and rain with it. Yumina arrives with news that Seiya has gone missing, and after a search of Seize turns up nothing, they find him down near the river, protecting eggplants. Kureha and Klaus manage to rescue him, but become stranded by a rock slide in the process. While Kureha admires him for being the legendary Desert Wolf and places her trust in him to extricate them from the situation, it turns out that Klaus merely resembles the Desert Wolf in name and physical appearance. He is reluctant to tell Kureha for fear of shattering her dreams, and the others manage to send over a wire to rescue the two using the Takemikazuchi. Assisted by the wire, Klaus carries Kureha to safety, and later, despite learning that Klaus is not the original Desert Wolf, she nonetheless views him as a hero for having saved her.

Despite the seemingly idyllic life in Seize, the arrival of a major brings with it an unmistakable change in the mood in the skies around seize. Far from the deep blue skies and gentle rains the region is used to, the typhoon’s heavy rain is accompanied by fierce winds, creating plenty of opportunity for tumultuous events to occur. Naturally, Seiya encounters trouble amidst this storm, prompting the others to try and save him. Details conveyed in the environments, whether it be the wind or water, serve to emphasise that the storm’s ferocity — typhoons are predominantly a tropical and subtropical phenomenon, their naming in Seize suggests that the city is located in a geographical region where typhoons may occur. The weather can offer insights into the nature of a setting, and one of the greatest long-standing mysteries of Sora no Woto is where the events are set. This adds to the intrigue of the story in Sora no Woto that contributed to the intensity of discussion surrounding Seize’s location. 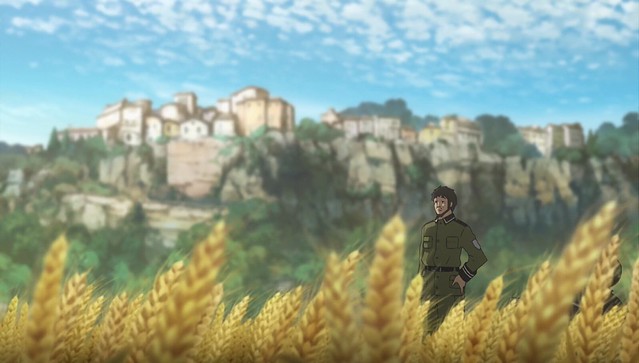 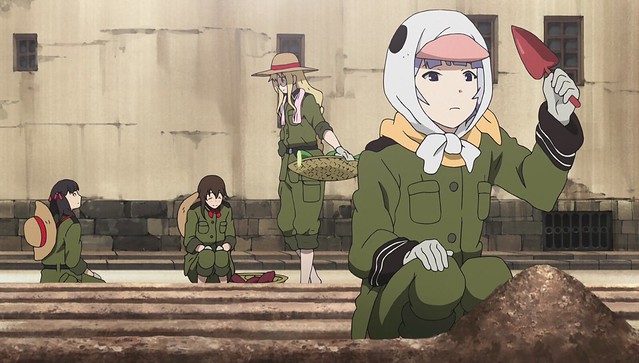 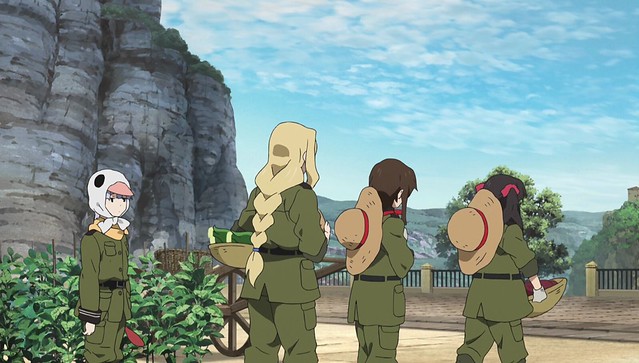 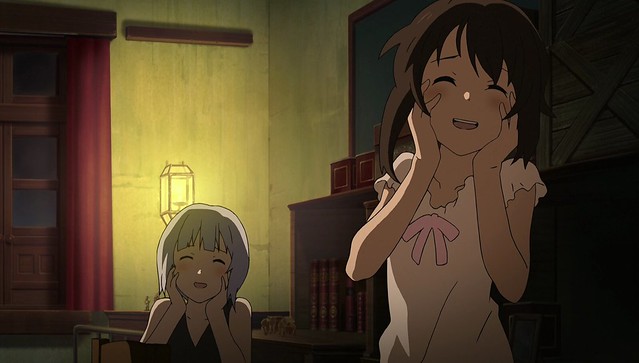 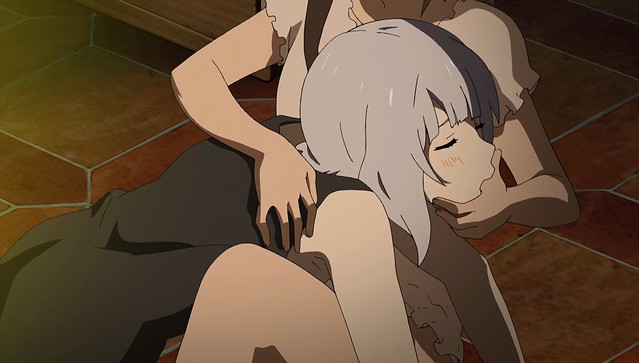 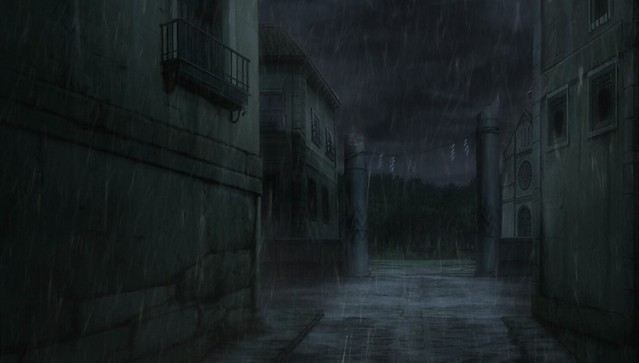 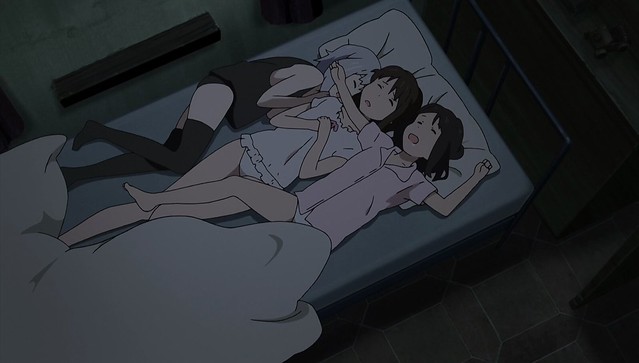 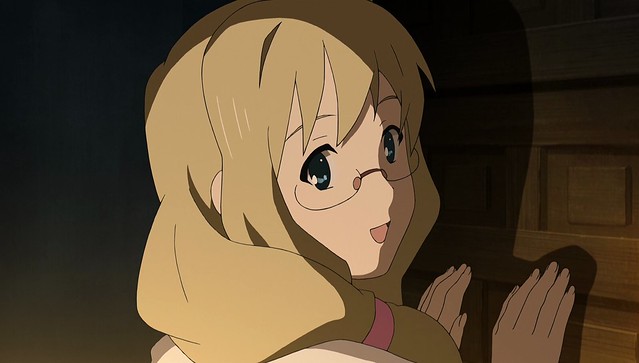 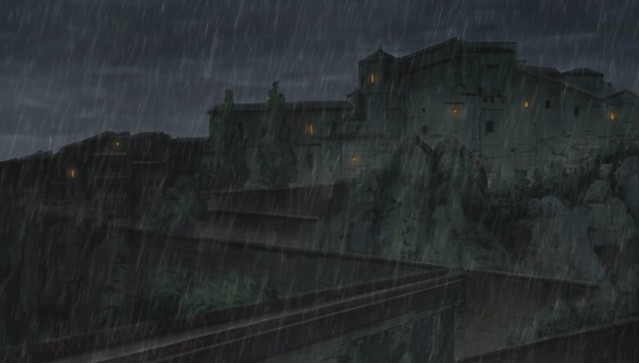 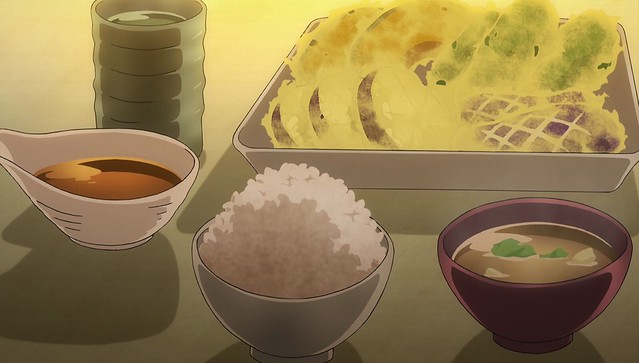 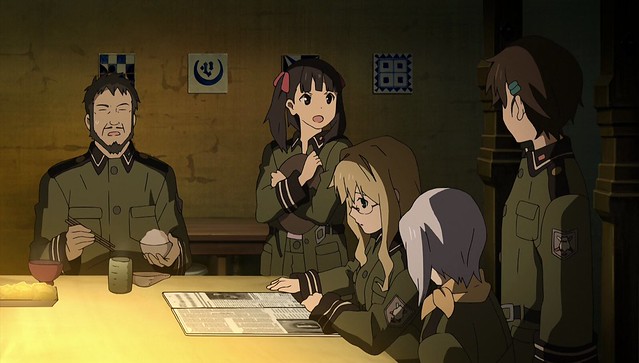 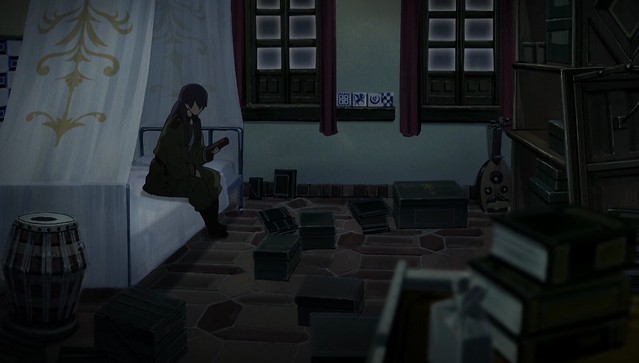 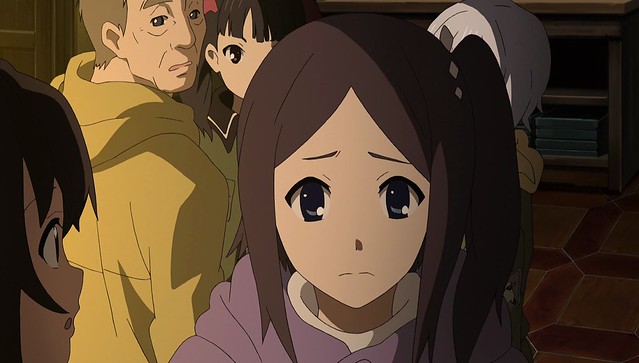 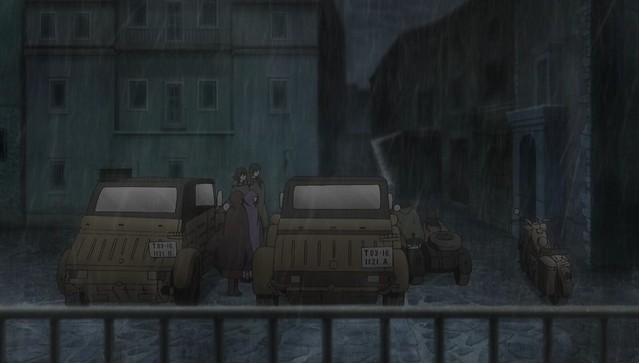 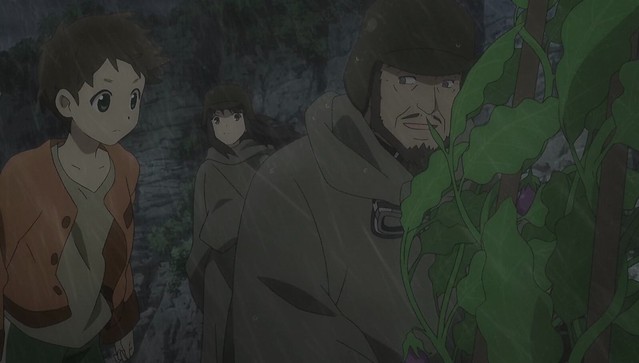 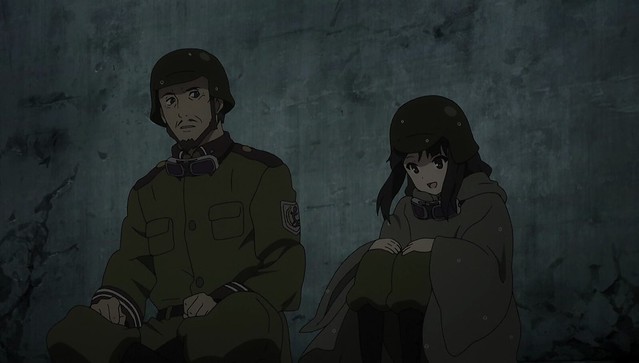 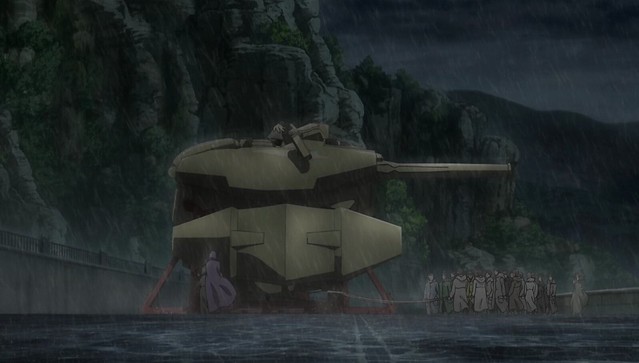 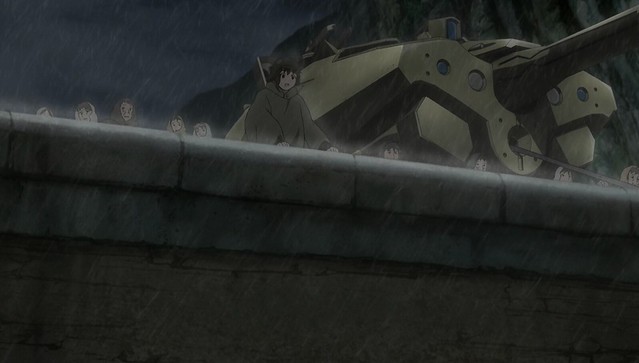 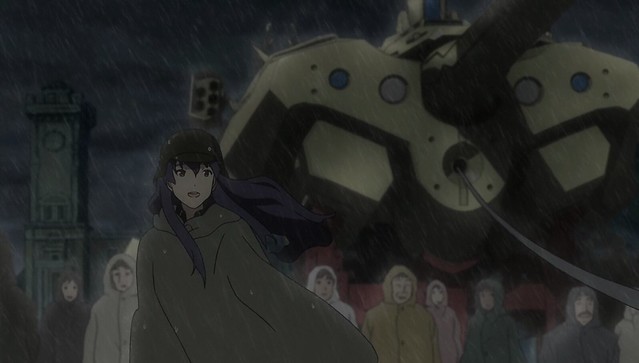 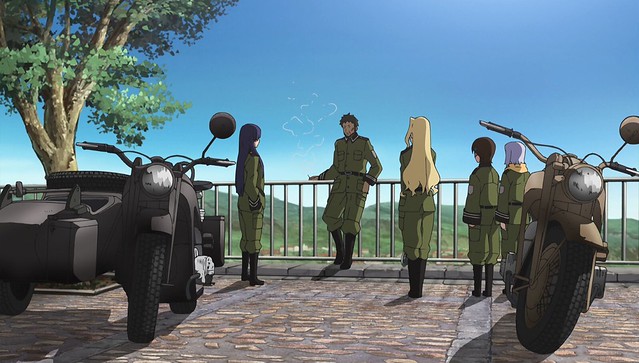 Kureha is the youngest of the 1121st Platoon, but despite this (or perhaps because of) status, Kureha is perhaps the most serious and dedicated towards her position as a member of the 1121st, following military protocol devoutly. Sora no Woto has not given her character much exploration beyond this in earlier episodes, but the ninth episode rectifies this, presenting Kureha as someone who does have a much more human aspect to her character. Her admiration for Klaus, and subsequent acceptance of him in spite of the truth is an indicator that Kureha has her own stories to tell, giving her more exposition that finally gives an episode into depicting her character beyond the scope of her interactions with Kanata. Kureha can be quite accepting and understanding, contrary to her usual self, explaining her beliefs about self-reliance to Seiya as stemming from her own background as an orphan, illustrating just how extensive the wars have been, to impact lives to this extent. This becomes important: Sora no Woto is about human nature and how people might be reasonably expected to act when placed into a post-apocalyptic environment, and consequently, it becomes important to delve into each of the protagonists’ backgrounds to make them individuals that audiences can relate to. By episode nine, all of the characters have been adequately presented, save Rio, and the tenth episode will deal primarily with Rio as she comes to terms with her background and its attendant obligations.