“Be faithful in small things because it is in them that your strength lies.” —Mother Teresa

The chill of winter begins to be felt over Seize, and Rio discloses the dialogue of her phone call to the others; she’s being asked to help her father out and marry the Roman Emperor with the intent of bringing peace between the Roman Empire and Helvetia. In the meantime, Yumina asks Kanata and Rio to check up on an old woman named Jacotte, who resides in the nearby mountains. Rio tells Kanata of her half-sister on the trek up the mountain, and when they arrive at Jacotte’s cabin, they share a conversation with Jacotte about her lover. Snow begins falling, and the next morning, they find that Jacotte has gone. Kanata is saddened by this, and when the two return to the Clocktower Fortress, Felicia finally reveals that Princess Iliya is Rio’s half sister. Rio subsequelty decides to leave the Clocktower Fortress for the capital with the aim of fulfilling her role in Iliya’s place, and bestows upon Kanata her trumpet before leaving. With Rio’s role in Sora no Woto now in the open, all of the characters’ stories have been presented in some capacity: seeing a bit of herself in Jacotte, Rio thus resolves to act with the interest of her nation at heart.

The parallels between the story that Jacotte presents and Rio’s are meant to signify that lessons from the past can be learnt from even if they are indelible in nature. Rio was born an illegitimate child, and her father had left her mother. However, Rio’s mother continued to maintain her faith that he would return, even unto death. This waiting led Rio to draw the conclusion that her mother would have been miserable, blaming her father for the outcome and ultimately accounting for why Rio’s relationship with her father is so strained. However, Jacotte recounts a similar story: she fall in love with the son of a merchant and giving birth to his child, only to have him leave her. Despite this, Jacotte resolved to wait for him and is content to do so. Whether or not true love is one arising from patience is a minor theme Sora no Woto presents in this episode: Sora no Woto leaves viewers with an ambiguous conclusion on that topic, but ultimately, it is love that motivates Rio to accept her duty. In order to ensure her mother’s love was not in vain, Rio ends up take up her mantle and accept a marriage to the Roman Emperor in order to save her country, leaving Kanata with a token of her own gratitude for having helped her to reach this conclusion. 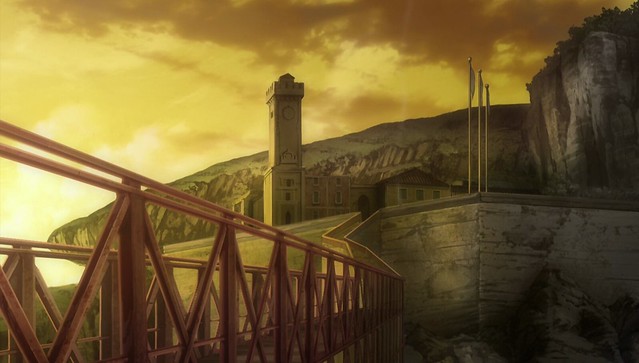 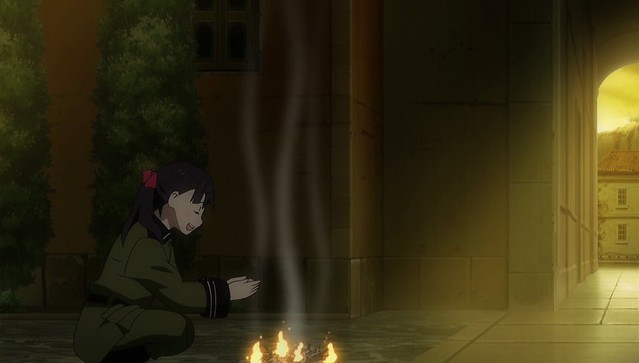 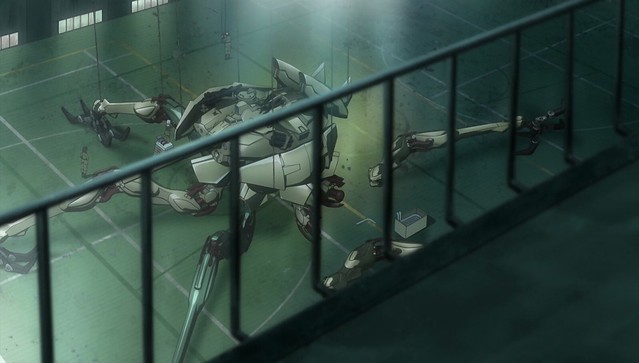 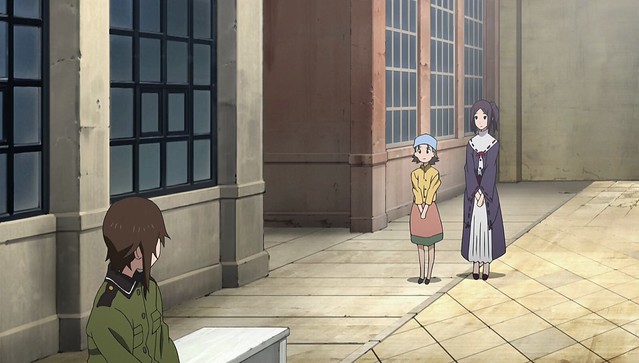 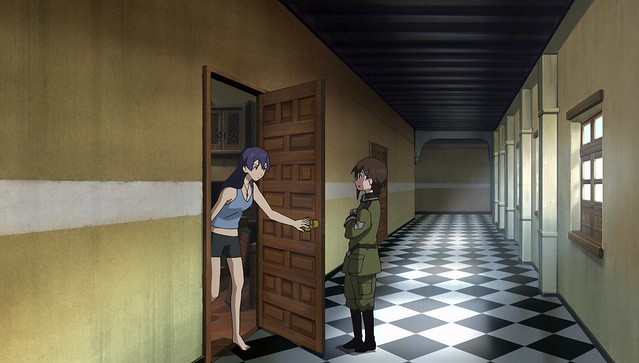 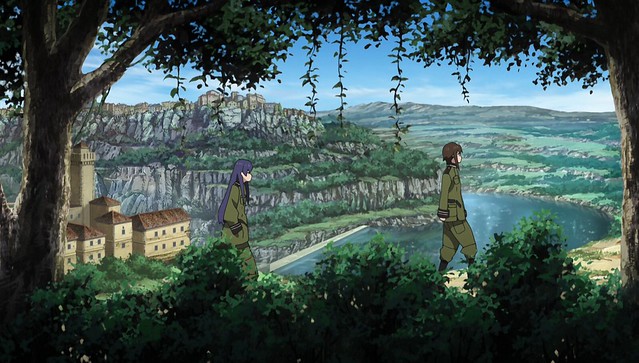 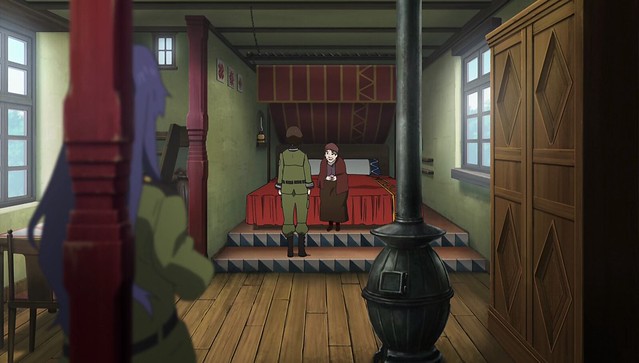 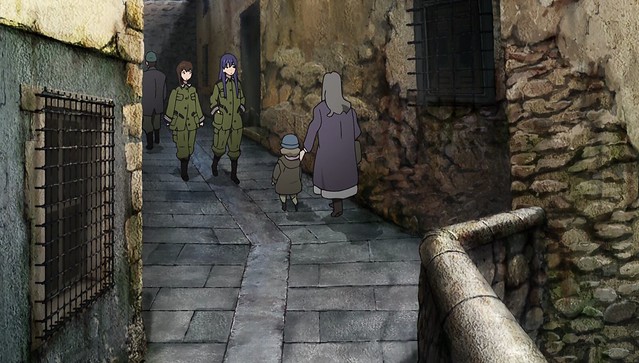 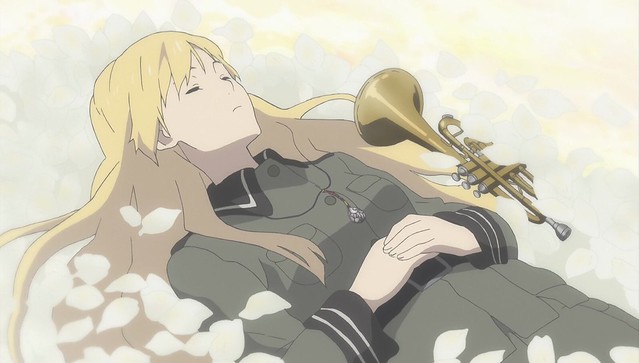 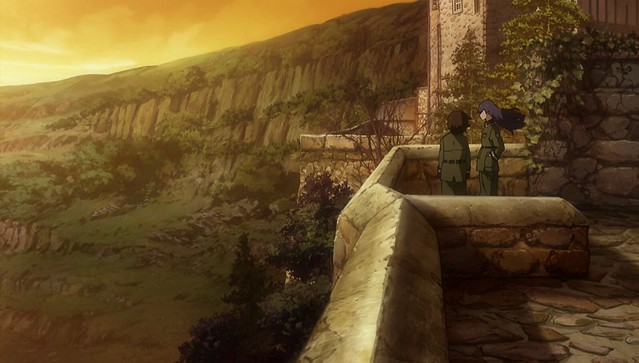 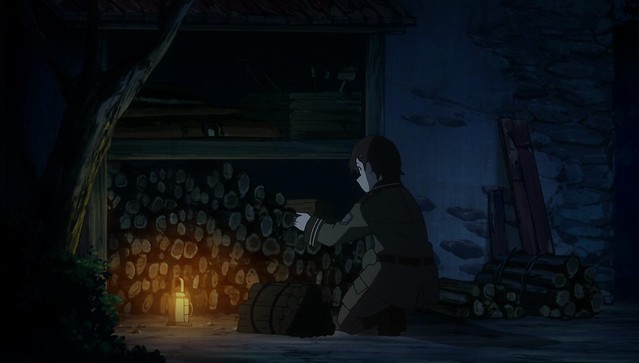 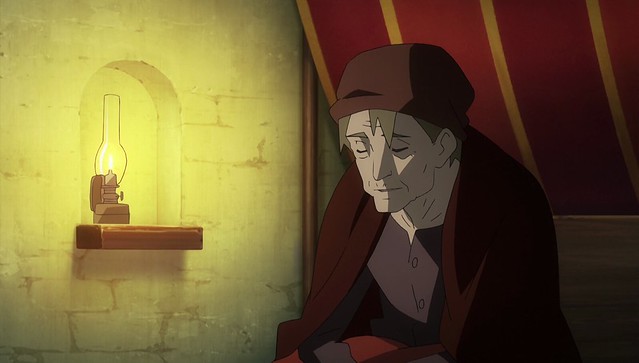 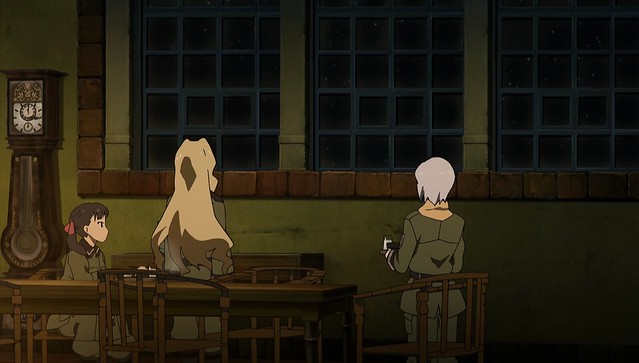 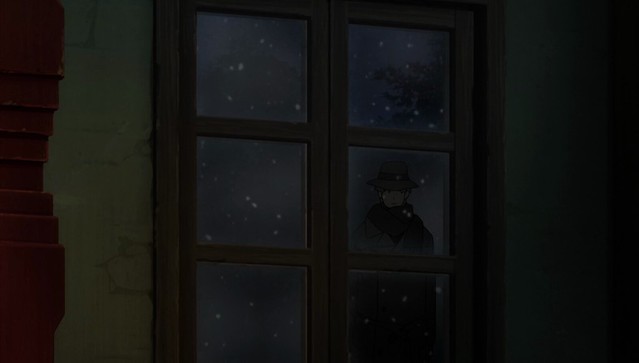 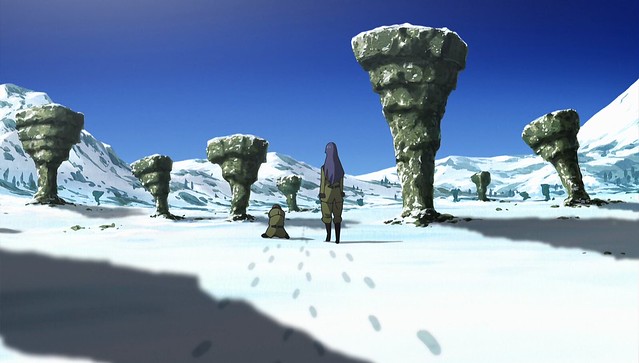 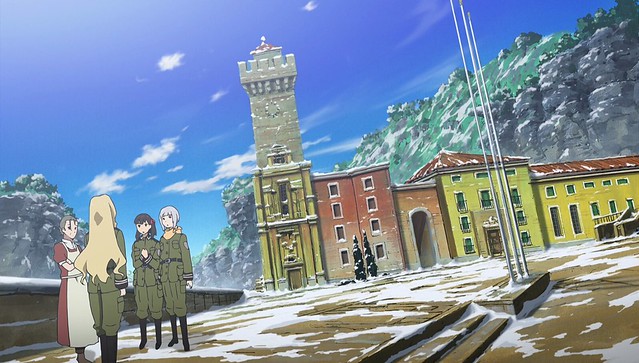 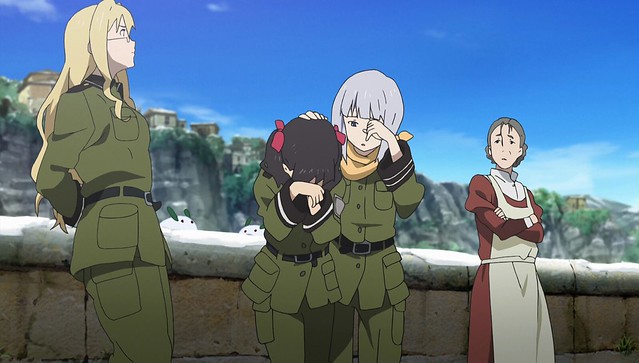 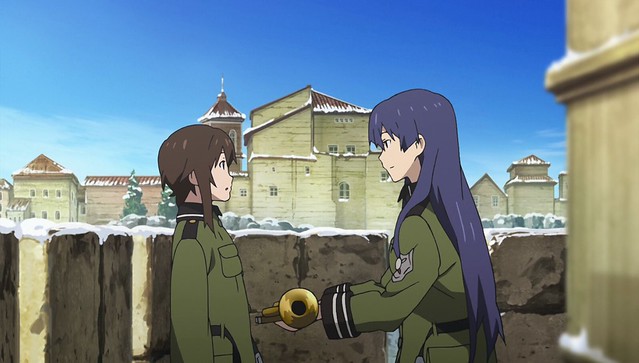 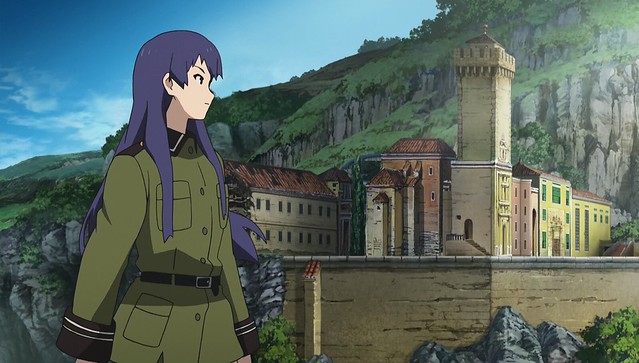 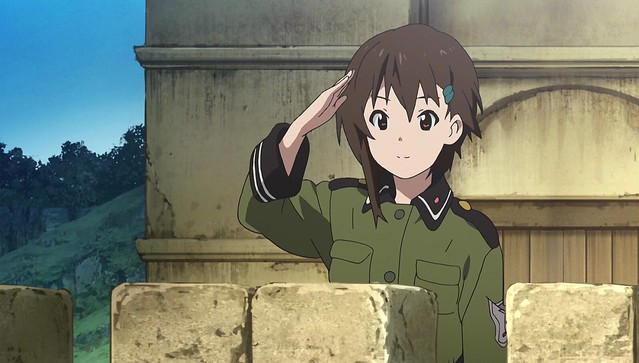 While Sora no Woto appears to be maintaining a steady course down the slice-of-life, the tenth episode presents a subtle shift in atmosphere: though not quite as serious as that of the seventh episode, in showing that Rio is resolved to her duty, Sora no Woto is hinting that Rio’s decision will have far-reaching consequences on both her nation and her friends. Shortly after this episode’s original broadcast, speculation became divided, with some folks wondering if two episodes would be sufficient to adequately depict war in a more serious manner. Others supposed that with bits and pieces coming in pertaining to signs of a conflict, a war would break out: Sora no Woto consistently maintains a seemingly peaceful atmosphere in Seize even as nations gear up for warfare to show that war is something that can sneak up on a society in a sense, hitting home with little sign of approaching and leaving an impact few can anticipate. By focusing a large majority of the episodes on the slice-of-life and human elements, this notion is well-captured in Sora no Woto.