A Visitor: A Burning Field of Snow- Sora no Woto Eleventh Episode Review and Reflection

“It has become appallingly obvious that our technology has exceeded our humanity.” —Albert Einstein

While on patrol duty following a fresh snowfall, Kureha and Kanata discover an unconcious Roman soldier. They bring her to the Clocktower Fortress and treat her for frostbite. The next day, she awakens, but because she does not understand Helvetian, Kanata and the others only learn her name: Aisha. However, it turns out that Yumina is fluent in Roman, learning that Aisha arrived to check out the fossilised remains of the gargantuan creature that Kanata had seen when she’d fallen into the lake. Yumina also brings with her ill-news — the Helvetian armed forces have surrounded the Clocktower Fortress and are demanding that Aisha be surrendered to the Helvetian forces, lead by none other than Colonel Hopkins, the infamous “Demon of Vingt”. Noël is gripped with fear and Filicia conceal both Noël and Aisha from his detachment. Upon recognising Noël as the Witch of Helvetia and bringing up the Invisible Reaper weapons project, Noël succumbs to fear, exposing their position and allows Hopkins to capture them. Meanwhile, the situation deteriorates further when news reaches Filicia and the others learn that the Roman army has mobilised and has entered no-man’s land, driving both nations closer to war. When originally aired, the eleventh episode of Sora no Woto would have completely surprised viewers to the same capacity as did the seventh episode, marking a dramatic departure from the slower pacing of earlier episodes.

In choosing to introduce Aisha ahead of the Roman Army, Sora no Woto reinforces the idea that even in times of war amongst humanity, the combatants remain people, rather than the monsters or dæmons that propaganda portray the enemy to be. The realisation that an enemy is human often drives participants’ appetites for war to dull, and it is for this reason that propaganda played such a major role during the World Wars, urging soldiers and civilians to view their opponents as being less than human, in turn causing savagery on an unprecedented scale. Sora no Woto does just the opposite: even if the Romans are enemies to the Helvetians, Aisha is human. While communicating with her might not be a particularly an easy task, Aisha proves to be accomplished with the trumpet, as well: it is here that Kanata realises that music is a means of conveying thoughts across even if one is separated by a language barrier, and the single act galvinises the notion that regardless of whether or not one is Helvetian or Roman, they are people. This particular conclusion is one that Hopkins’ forces refuse to address. In order to avert bloodshed, humanity must prevail over violence, although Sora no Woto masterfully presents a set of circumstances that threaten to transmute into a full-on conflict. Having presented the Romans as being people, audiences are riveted in anticipation of how Sora no Woto might turn out and would remain hopeful that, even in the darkest of times, a war can be prevented. 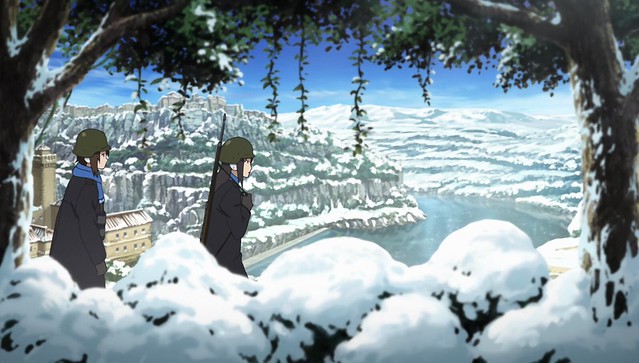 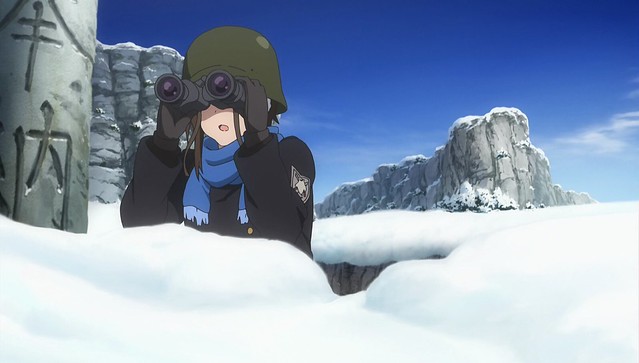 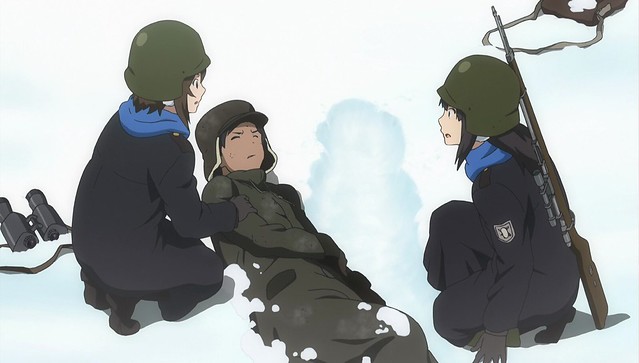 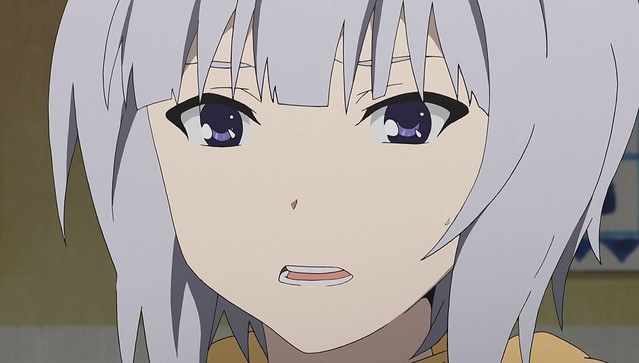 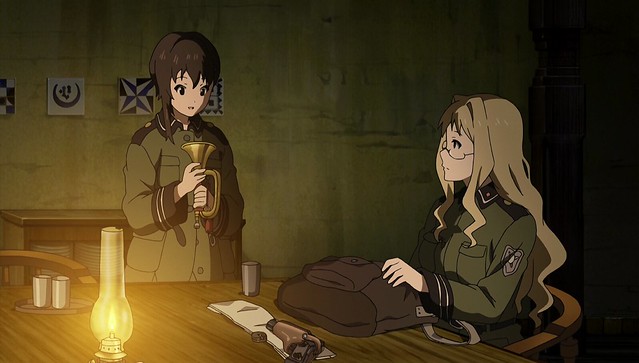 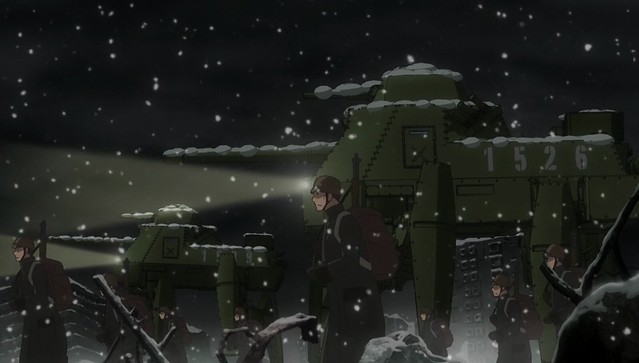 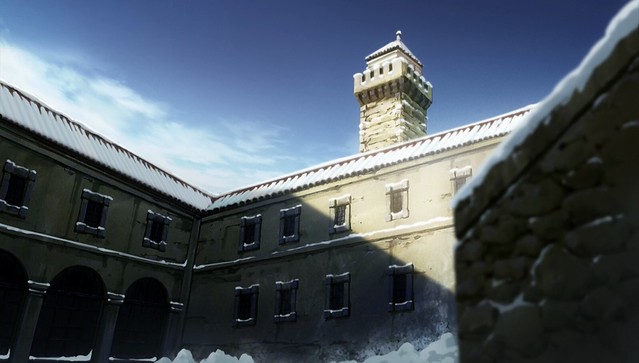 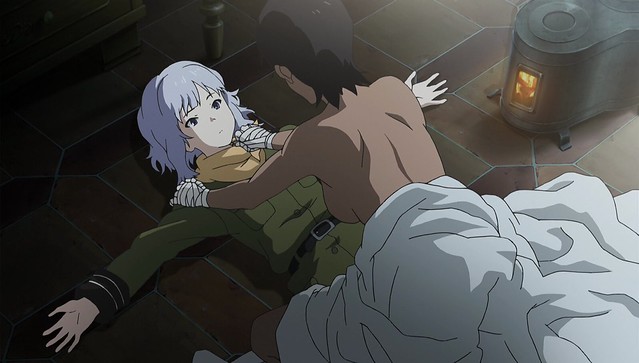 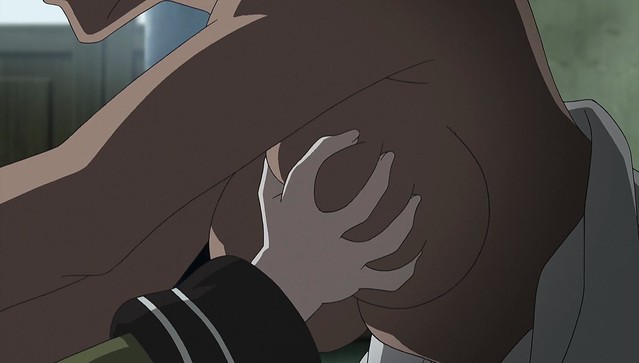 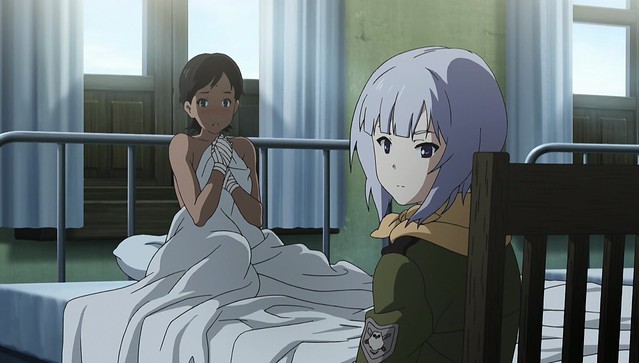 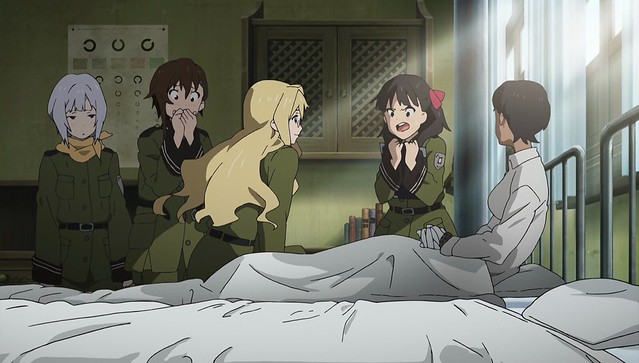 “You have really nice breasts, don’t you? I’m rather fond of them. I wonder if it would be alright I played with them for a bit? Would be it be alright if I played with your entire body? It seems she’s really unable to understand Helvetian.” 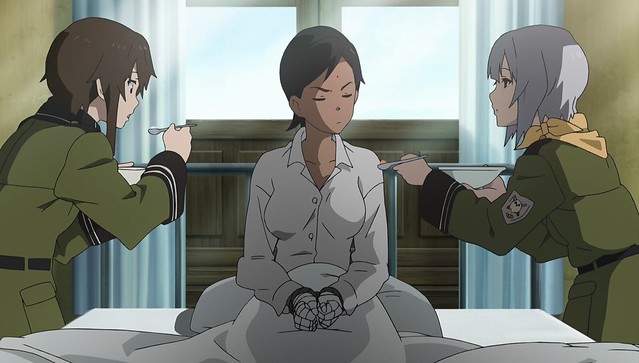 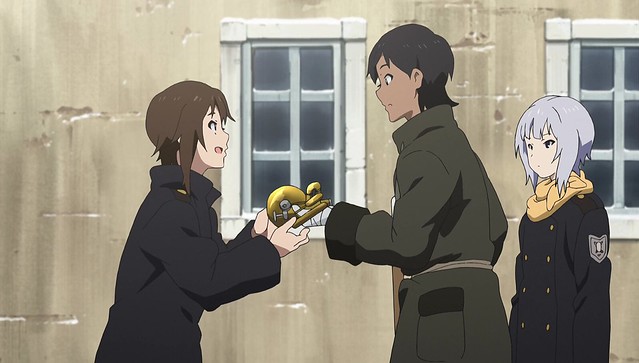 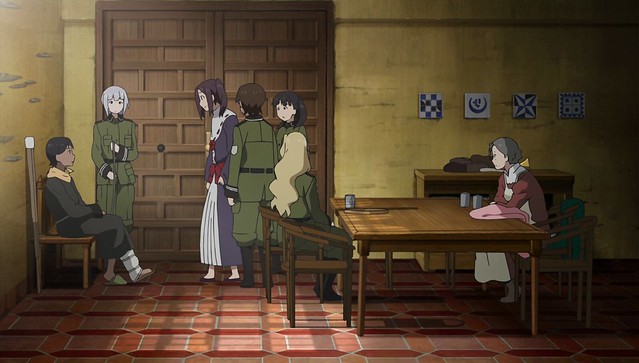 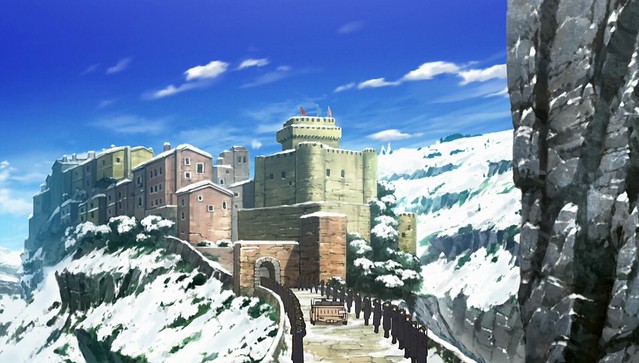 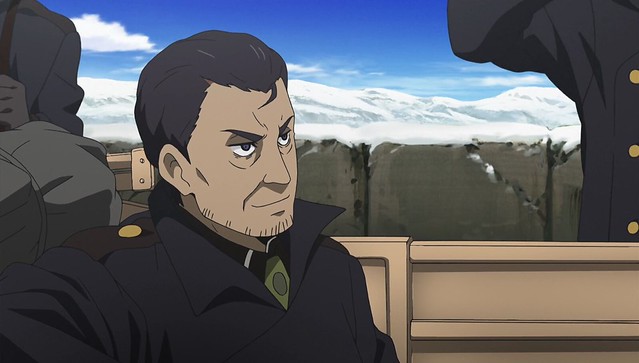 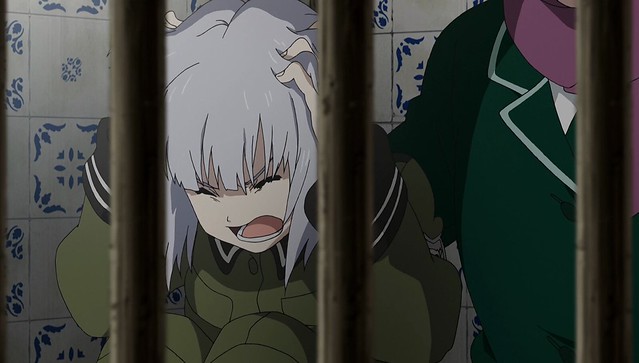 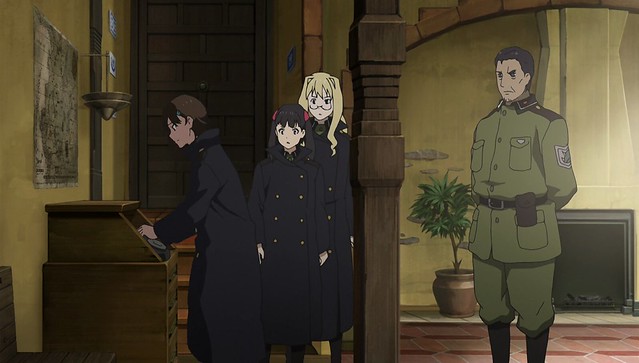 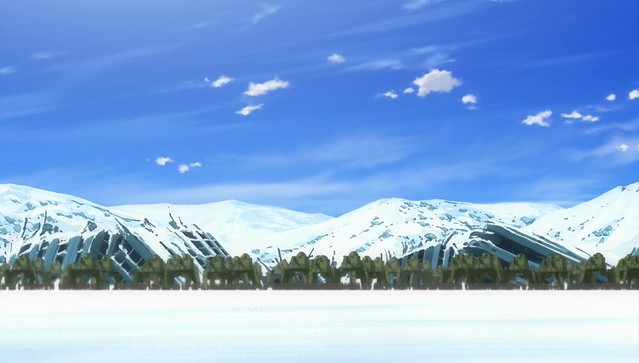 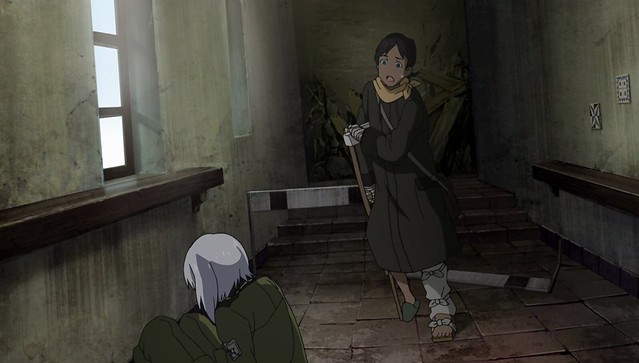 Aside from the introduction of Aisha, Sora no Woto‘s eleventh episode also places Noël’s story into the spotlight. Her remarks from the fourth episode become clear by this point; she deeply regrets her involvement in the synthesis of a biological terror that decimated enemy forces, human lives, and consequently, closed her heart until Kanata slowly began bringing her optimism and hope. From what Sora no Woto presents in its characters, it is apparent that war has affected each and every member of the 1121st to an extent, but for better or worse, each character must come to understand and accept their own duties within the present in order to have a chance for a better future. Leaving viewers with the greatest cliffhanger of the season, Sora no Woto‘s penultimate episode proved to be a thrill to watch that stands in stark contrast from the tones conveyed by earlier episodes, and with the seventh episode, serves to demonstrate that Sora no Woto is not merely another K-On! knockoff in presenting complex themes that provoke further discussion and considerations.