“Music is powerful. As people listen to it, they can be affected. They respond.” –Ray Charles

After Aisha is captured, Hopkins experiences a reversal of fortunes when Filicia takes him hostage. He reveals his plans to precipitate a war between Helvetia and Rome, making use of the “Invisible Reaper” that Noël contributed to restoring. While Filicia secures him to a chair, Hopkin manages to escape and rejoin his forces with the intent of commencing hostilities despite a ceasefire signal. This leaves the 1121st no choice: the Takemikazuchi enters the fray, neutralising Hopkin’s armoured group before making for the main battlefield. A second signal for ceasefire from Kanata is ignored, but both the Roman and Helvetian armies stop their march in surprise when she begins to play Amazing Grace between the two opposing forces. Before the armies resume their march, a royal detachment from Rome arrives, with a Royal Edict from both nations’ leaders ordering the soldiers to stand down. Relieved that war is averted, the soldiers rejoice, and the Roman Emperor allows Rio to return to her old post at the Clocktower Fortress in the aftermath, reuniting with her friends. This brings Sora no Woto to a solid conclusion; contemporary comments asserted that the ending was “unnecessary” or “too happy”, but it is quite plain that these remarks can only result from a lack of understanding of the thematic elements in Sora no Woto: any other closing would have stood contrary to the message that Sora no Woto sought to convey.

This central theme, the keystone of Sora no Woto, lies in the idea that music is an element that transcends cultural and linguistic boundaries. This is unsurprising, given that early instruments have been discovered in archaeological sites once inhabited by prehistoric cultures, being used to convey specific ideas or emotions in conjunction with developing languages. Even at present, there are some moods and feelings that music can convey more effectively than any words that exist within a language, suggesting its significance in human culture. Consequently, Kanata marvels at how music seems to carry the same meaning in its aural properties regardless of what one’s background is, and is able to utilise this to great effect in the final battle to create a sense of forgiveness and mercy amongst the soldiers marching into battle, temporarily stopping their advances. While it is ultimately Rio’s decisions from the tenth episode to accept her responsibilities that end any possibility for hostilities, that Kanata is made the protagonist of Sora no Woto is meant to suggest that sound and music’s ability to convey a clear message cannot be understated (had Rio been the protagonist, then Sora no Woto would have strived to present ideas about accepting one’s responsibilities). When everything is said and done, however, in following Kanata’s journey to become an acceptable bugler for the 1121st, Sora no Woto presents an immensely detailed world, rich in lore and intricate in its depiction of the human spirit, demonstrating the sort of significance that music holds in human cultures as a whole.

The sum of the events, world-building, character development, artwork and sound in Sora no Woto come together to create a masterpiece. The term “masterpiece” is one whose definition is often contested, and amongst audiences, is typically used to refer to a work that is flawless, sublime. However, the proper definition is a little more lenient, being a work of outstanding quality. Sora no Woto certainly is not perfect; narrative elements come across as being under-explored as a consequence of the anime’s short length, and there are minor inconsistencies here and there with respect to the artwork. However, the anime nonetheless counts as a masterpiece, of exceptional quality because of the sum of what it does well – together, these aspects keeps its viewers engaged though much of the anime’s run. From the landscapes and world-building of the first episode, to the gentle depiction of everyday life of the 1121st of the middle episodes, and the dramatic shift in tensions as the threat of war arises, each episode of Sora no Woto offers something noteworthy and unique with respect to the overarching plot. Sora no Woto presents an immensely rich world for audiences, and in conjunction with a colourful cast of characters, gives viewers incentive to continue watching, all the while wondering both what will happen next, as well as what factors could construct such a world, making each episode an interesting one to watch. 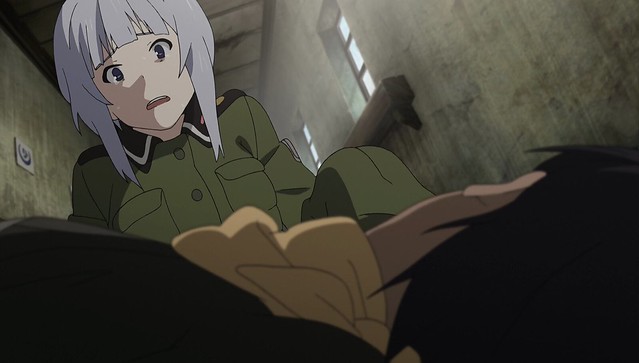 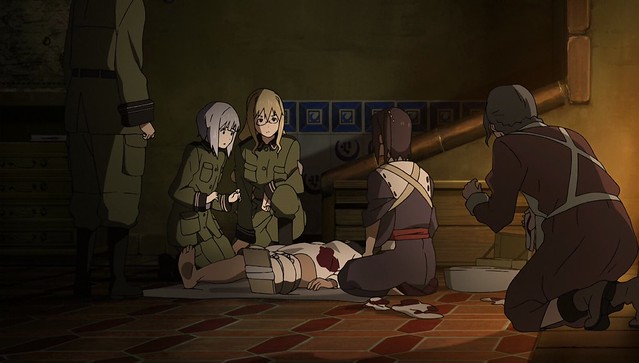 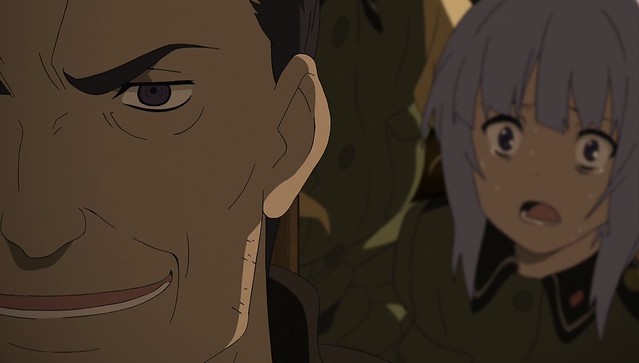 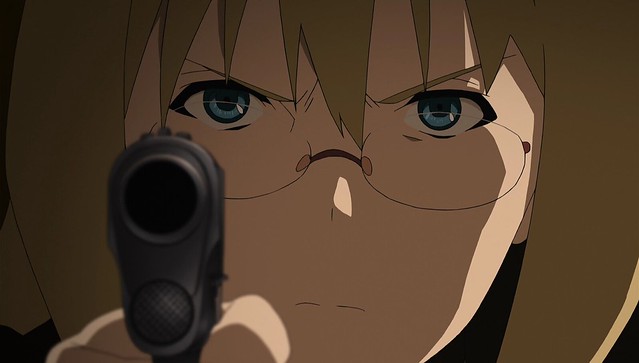 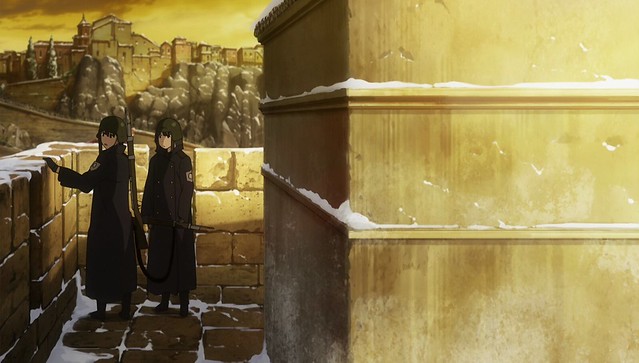 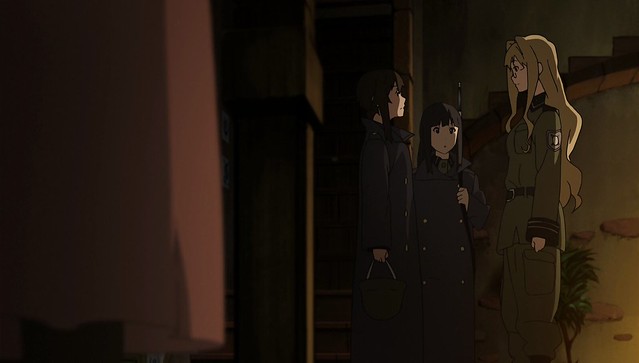 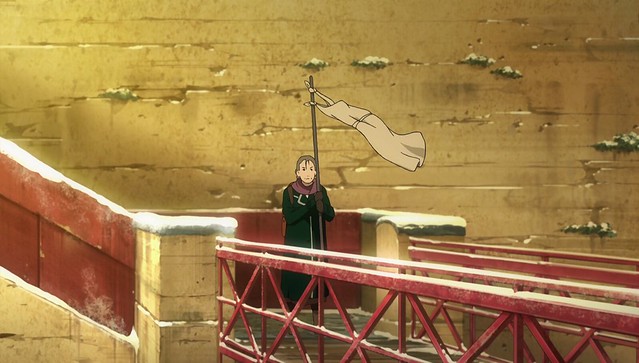 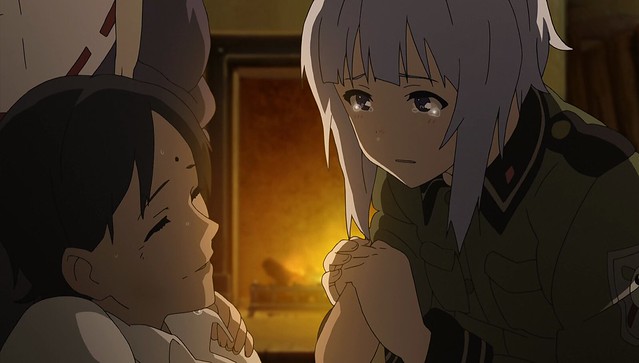 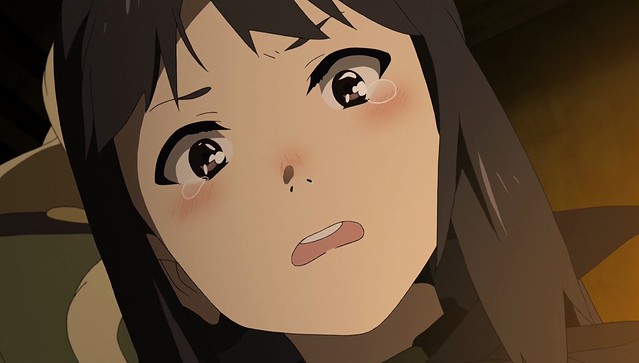 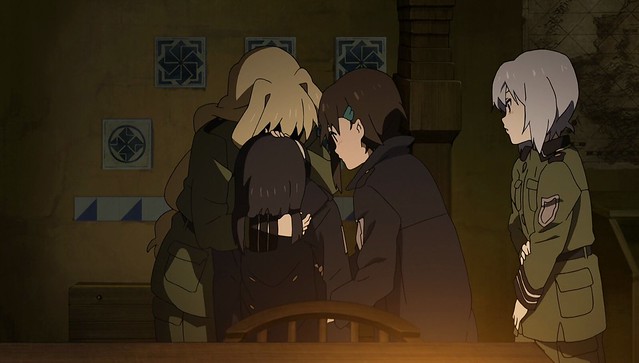 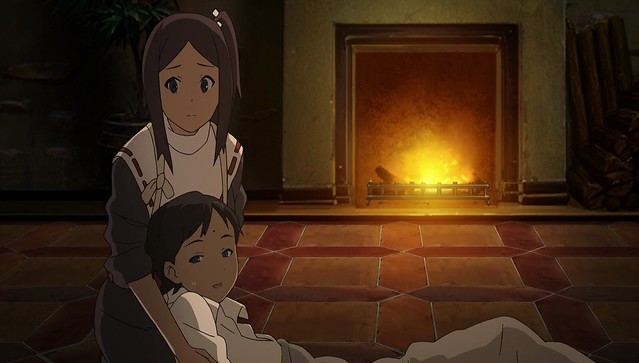 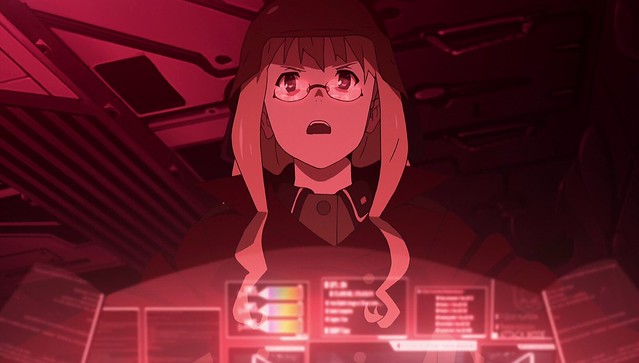 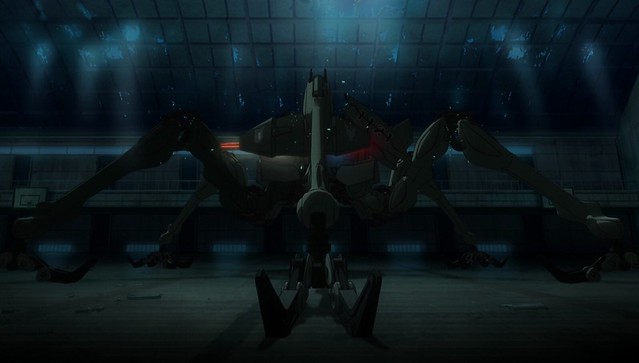 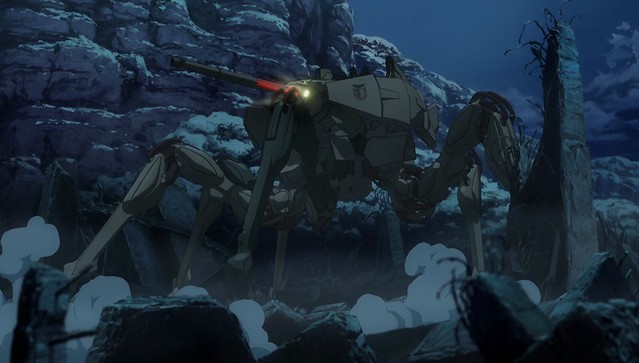 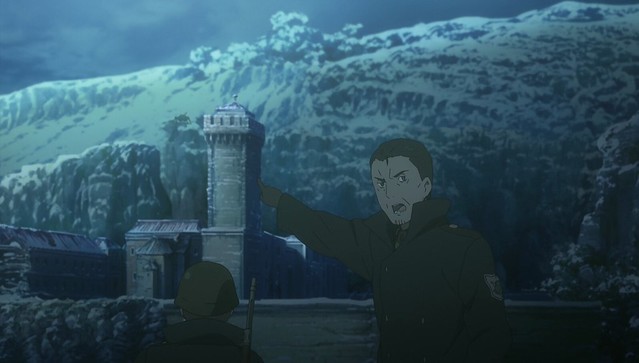 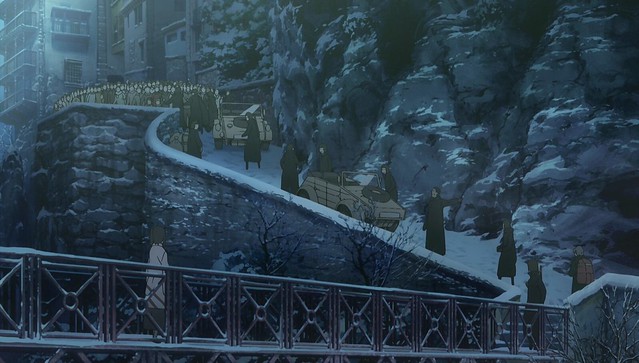 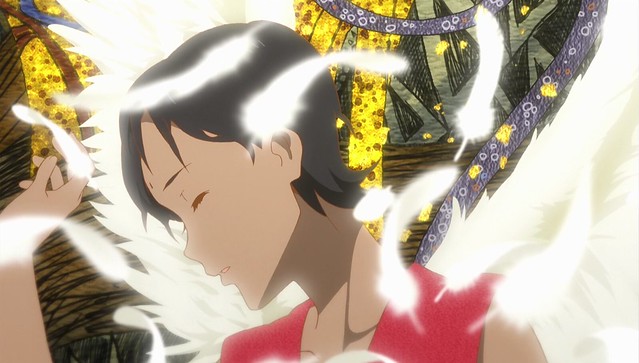 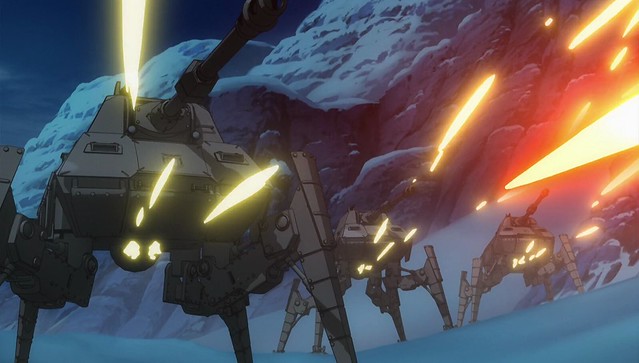 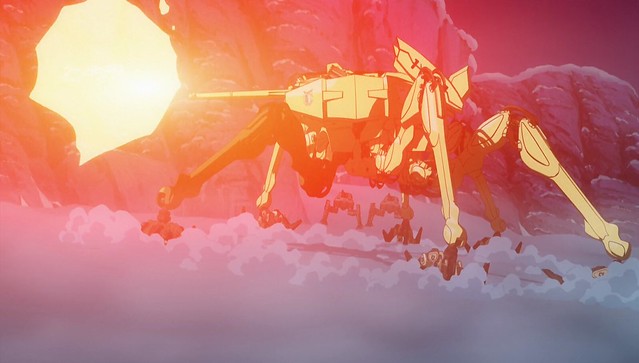 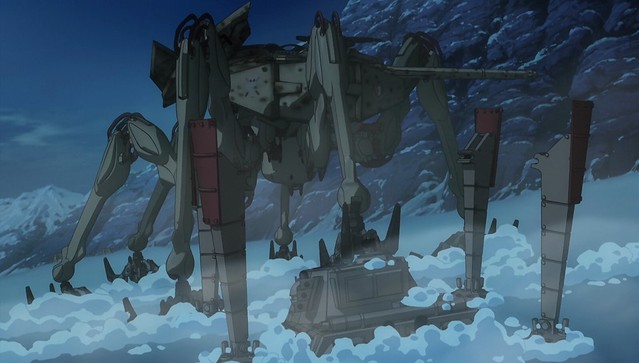 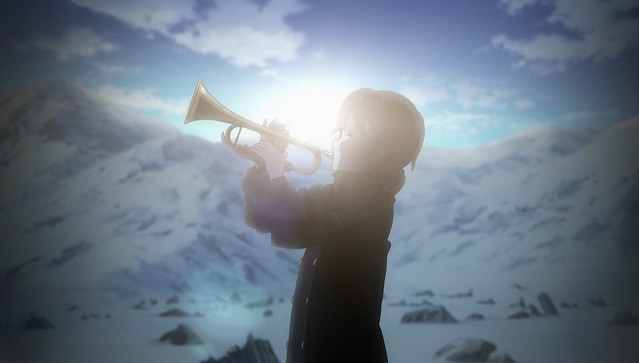 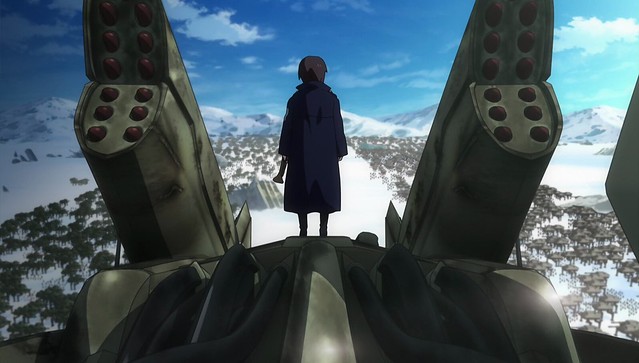 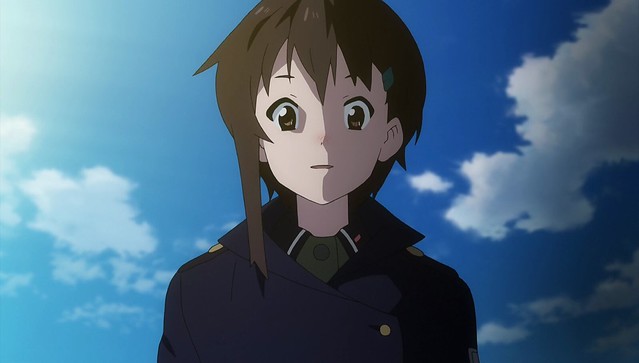 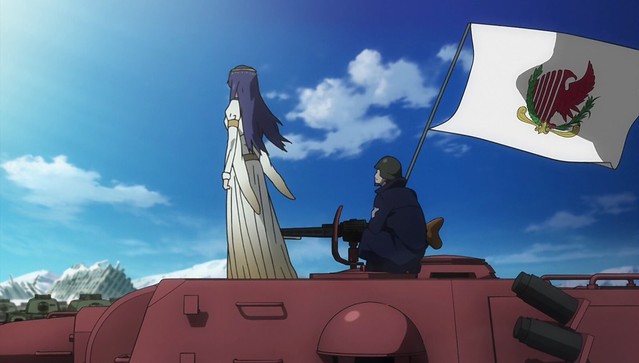 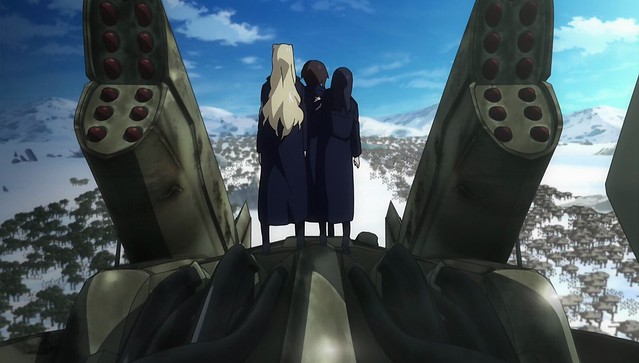 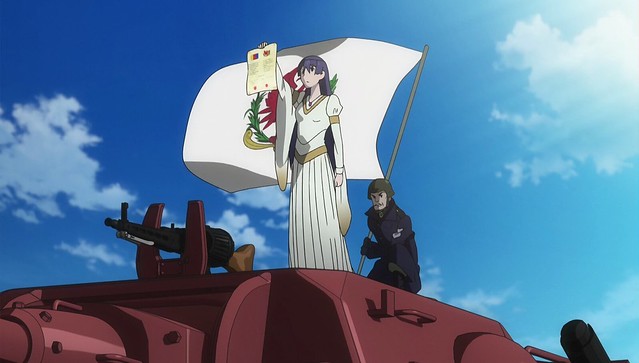 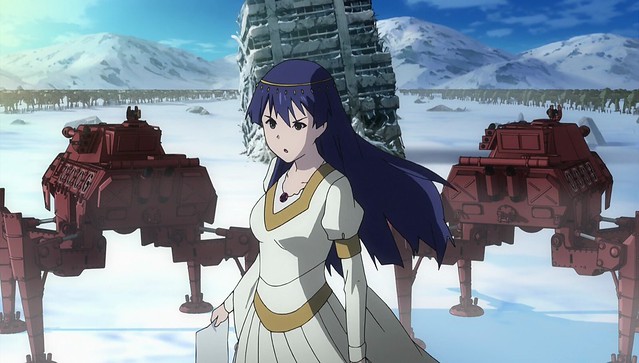 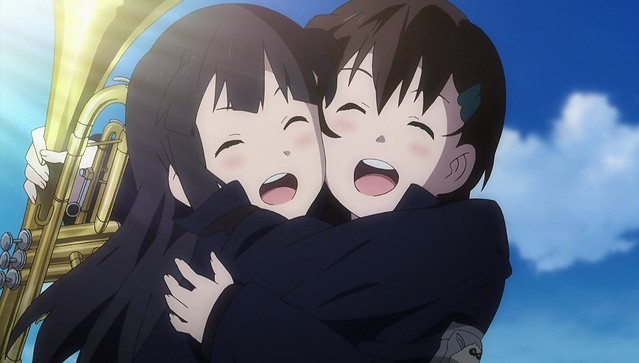 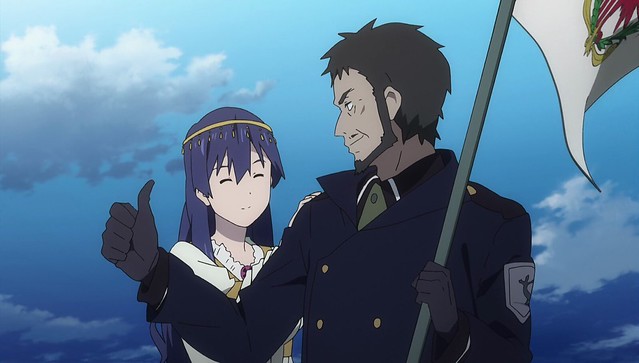 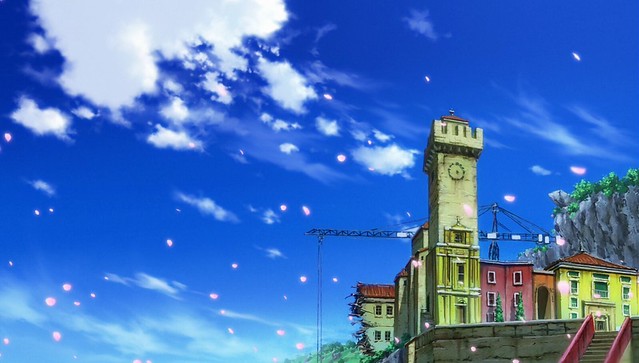 Sora no Woto holds a magic to it that very few other anime have achieved: with its distinct combination of familiar characters who wind up being unique in their own right, a fantastical world whose lore and everyday life are thoroughly explored to become immersive, fantastic artwork that captures the world’s attributes and a soundtrack that is at once friendly and melancholy, Sora no Woto is an anime that easily earns the strong recommendation, offering a novel and intriguing anime that proved to be highly engaging. As the flagship anime of the Anime no Chikara programme, Sora no Woto sets the precedence for what original anime can accomplish, and as it turns out, the lessons drawn from the one year long Anime no Chikara initiative ultimately led to the creation of powerhouse anime such as Puella Magi Madoka Magica. Itself a masterpiece amongst many of the viewers, it is quite interesting to learn that its success can be partially attributed to information derived from Sora no Woto. Resulting in no shortage of speculation when Sora no Woto originally aired, this anime might no longer be considered discussion-worthy, but Sora no Woto remains of a very high quality, easily withstanding the test of time and even today, holds up against the newer titles that have come out.