Croisée in a Foreign Labyrinth: Whole-Series Review and Reflection

“An artist has no home in Europe except in Paris.” —Friedrich Nietzsche

Yune is a small Japanese girl who accompanies traveler Oscar Claudel to Paris France, living and working at the Enseignes du Roy. The shop’s current owner, and Oscar’s grandson, Claude Claudel, reluctantly accepts her presence, learning more about Japanese customs and concurrently caring for Yune. Despite the dramatic differences of culture and beliefs between the two, Yune and Claude come to understand one another, sharing more about their backgrounds and interests with one another in a Paris of the late nineteenth century, where the West begins to take an increasing interest Japanese culture. Their everyday lives are joined by Alice and Camille Blanche, who are upper-class members of society; the younger of the two, Alice takes an immediate liking to Yune and attempts to impress her at every turn, while Camille reflects on her own feelings for Claude and regrets that class differences keep them apart. The collection of stories about Yune and Claude’s everyday lives in Paris form the basis for the loosely-structured narrative in Croisée in a Foreign Labyrinth (Crossroads in a Foreign Labyrinth), providing glimpses into the lives of a Parisian family in the late 1800s and a Japanese girl’s immersion in a culture completely unlike her own, finding interest in the French way of things. Recommended for me from a friend, Croisée in a Foreign Labyrinth ends up being a reasonably interesting anime that seeks to capture the more mundane, everyday comings-and-goings in a shopping district of Paris. Beautifully animated and with a gentle soundtrack, Croisée in a Foreign Labyrinth also brings to mind my own travels through Paris a year ago en route to my first-ever conference: when a terrorist attack on Brussels disrupted transportation across France, my own flight from Paris to Rennes was cancelled. After rearranging my flight bookings to ensure I could return home at the conference’s end, I hopped on a shuttle bus from the Charles de Gaulle International Airport through the streets of Paris to Gare Saint-Lazare, managing to purchase tickets and boarding the train to Laval with only four minutes to spare.

Despite having spent such a short time in Paris and having not explored any of the major attractions (the Arc de Triomphe, Eiffel Tower and Louvre come to mind), travelling through the streets of Paris led me to wonder: what would life in a major European city be like? Croisée in a Foreign Labyrinth answers this query, albeit from a new perspective — the Paris depicted is that of the late nineteenth century. Owing to the peaceful period that is depicted when Yune visits, it is safe to assume that Croisée in a Foreign Labyrinth is set well after the Franco-Prussian War in 1871, likely in the 1890s. During this time, Yune grows accustomed to Parisian culture and even tries to eat cheese, a major element in French cuisine, despite her own unfamiliarity with it. All the while, she surprises Claude and the others with her actions: distinctly Japanese, they would seem out of place in France. These interactions are amusing and heartwarming, presenting one facet of the culture shock that both Yune and Claude experience when they meet. It’s a world away from the multiculturalism that is a very strong part of the Canadian identity: cultures and values coexisting is how I’ve always known the world, and from my perspective, it is unusual to be in a homogeneous culture. Spending most of its time depicting the journeys that Yune and Claude share in reconciling their different backgrounds and learning more about one another, Croisée in a Foreign Labyrinth combines the humorous with the dramatic to illustrate the ups and downs of life. This creates a very abrupt but also natural-feeling atmosphere, showing that events in life occupy the whole spectrum of tragic and serendipitous events: the adventures (and misadventures) that both Claude and Yune experience end up changing them subtly, and while Claude’s stubborn, blunt nature remains very much unchanged throughout Croisée in a Foreign Labyrinth, the dramatically different perspectives Yune brings with her have a nontrivial impact on his own outlooks and actions. Hence, while Croisée in a Foreign Labyrinth might deal with a series of seemingly disjoint stories about Yune’s life in Paris, the thematic elements points towards the notion that awareness of different cultures and values invariably affect one’s own perspectives. 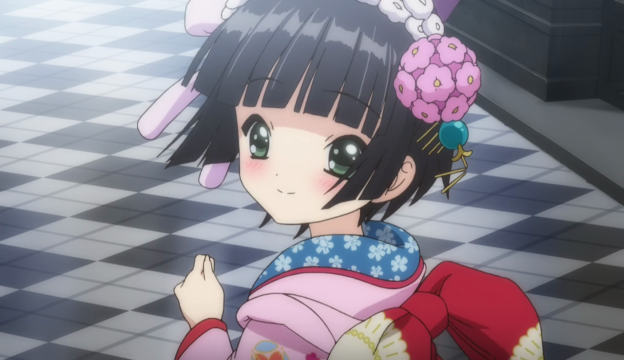 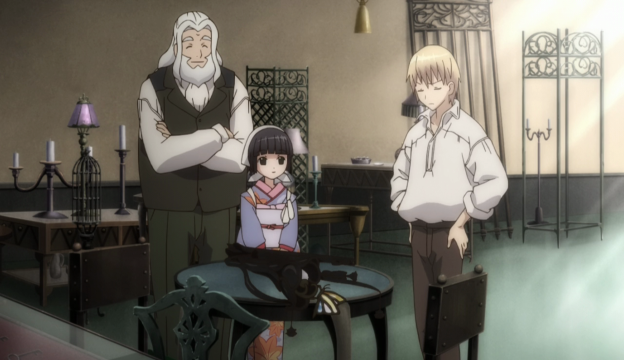 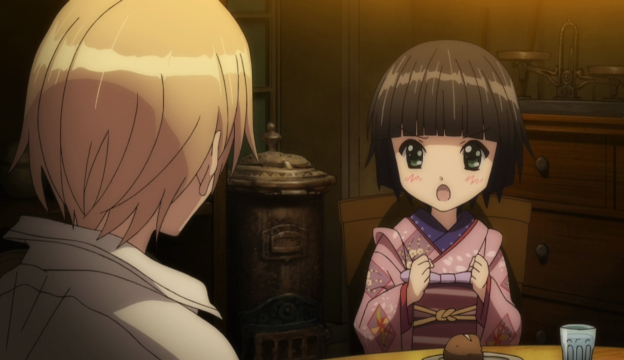 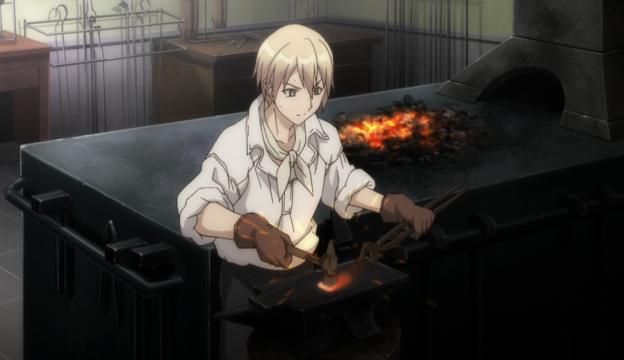 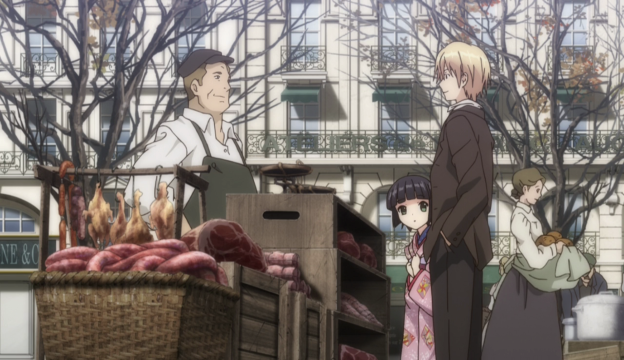 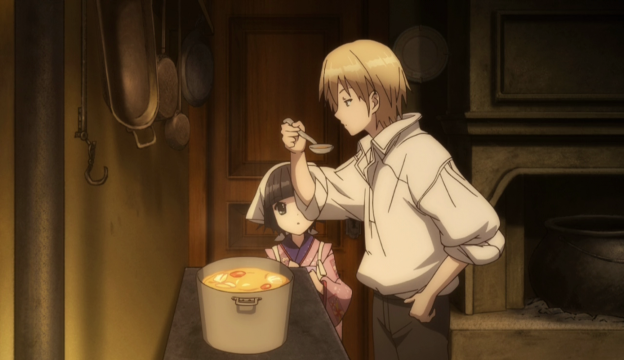 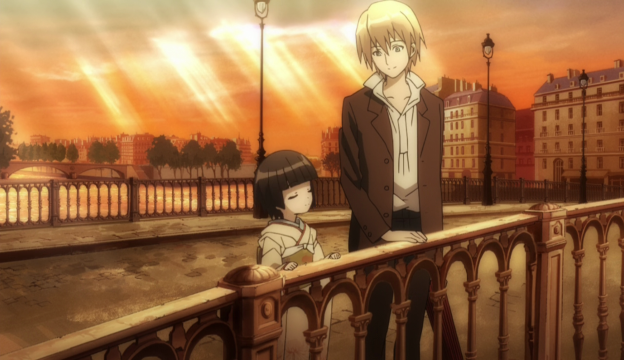 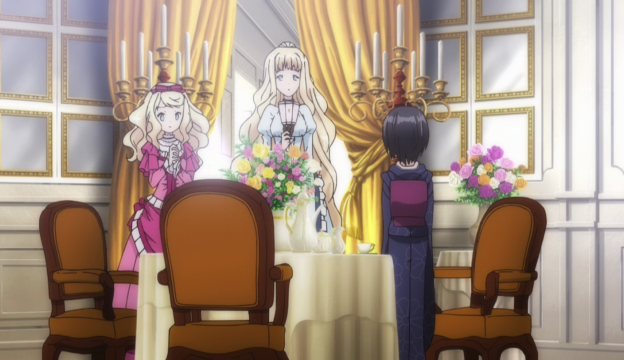 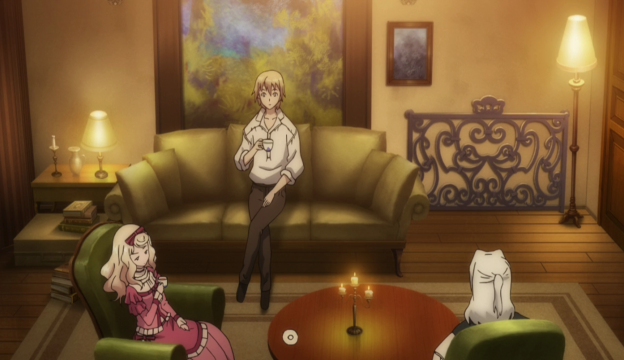 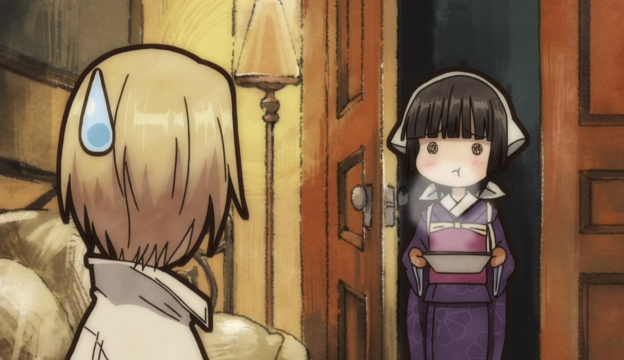 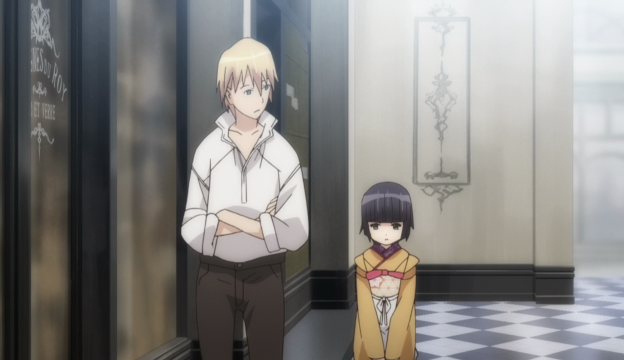 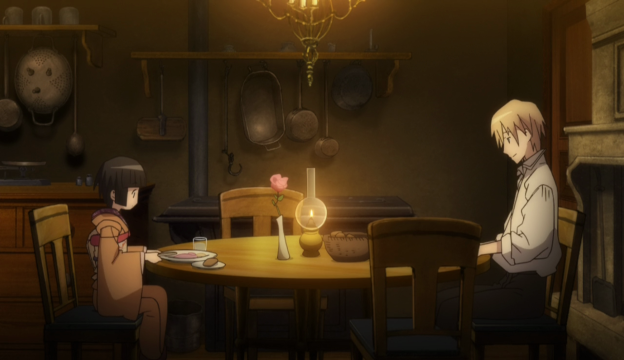 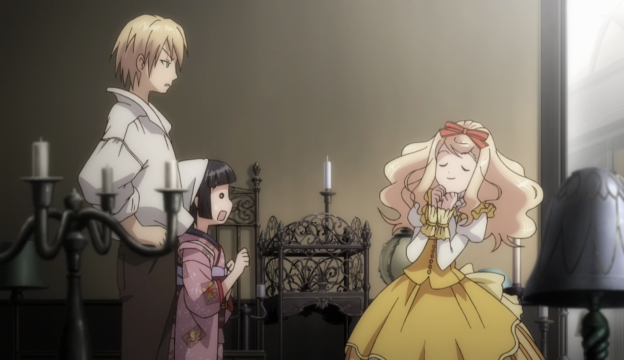 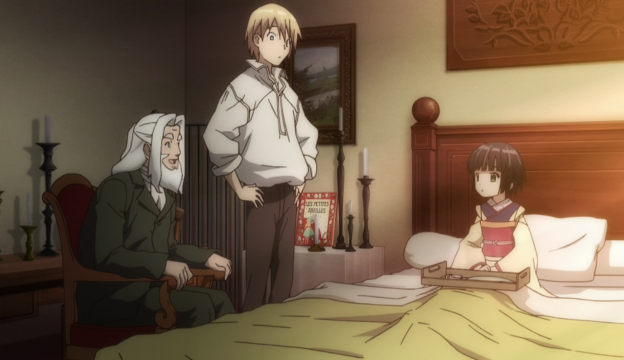 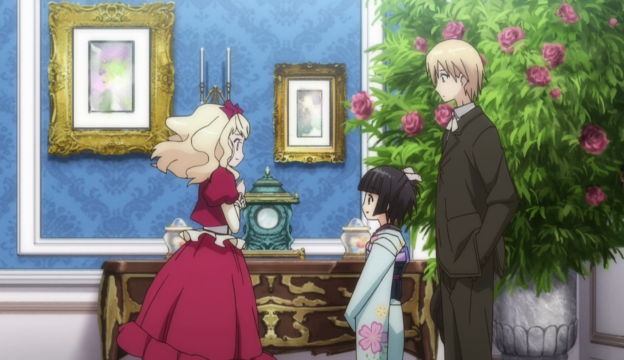 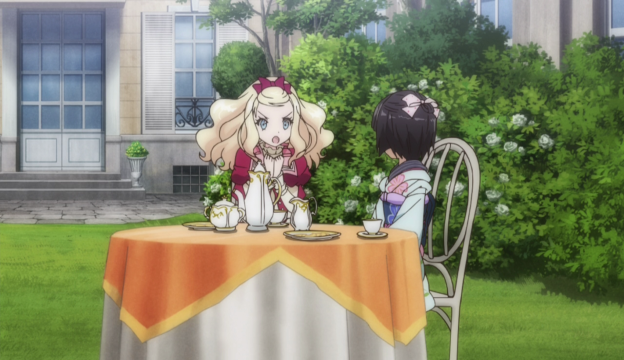 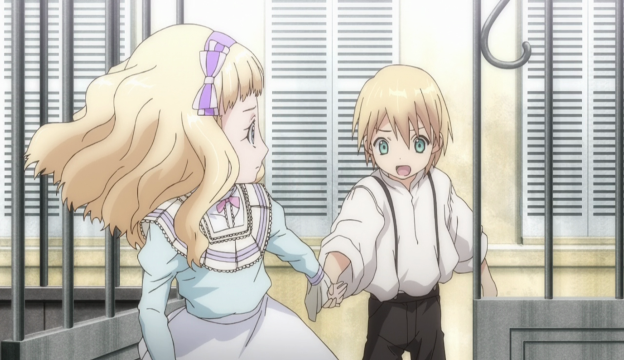 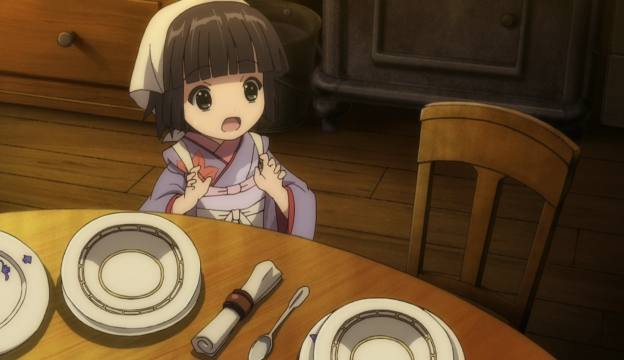 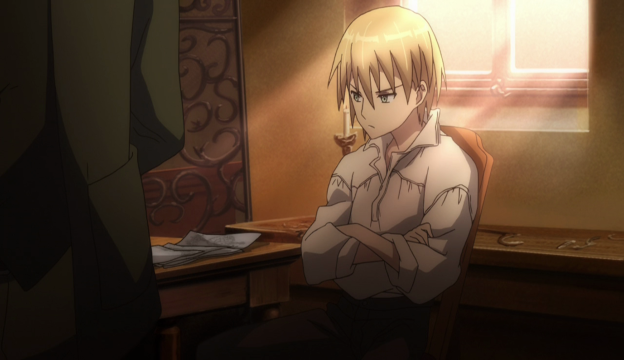 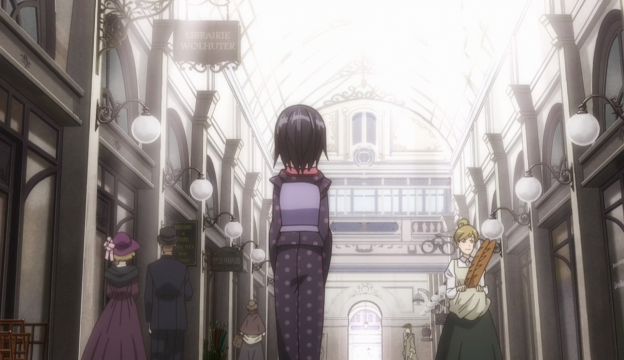 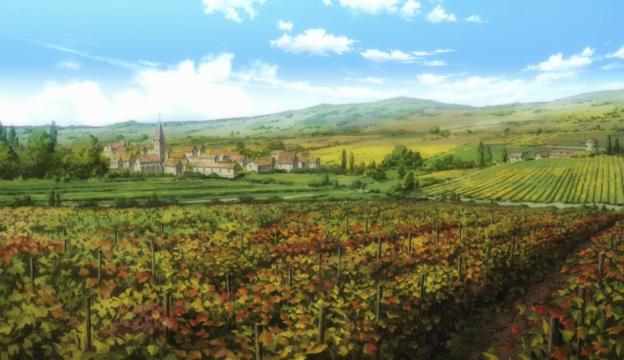 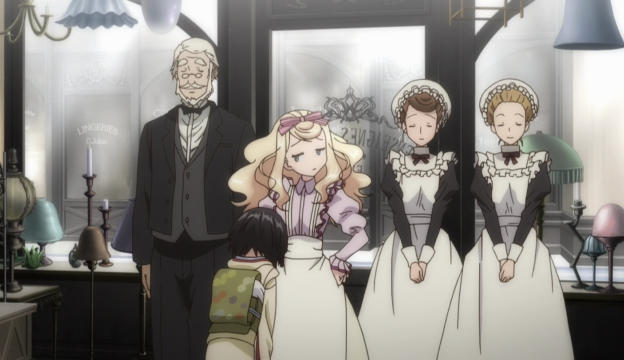 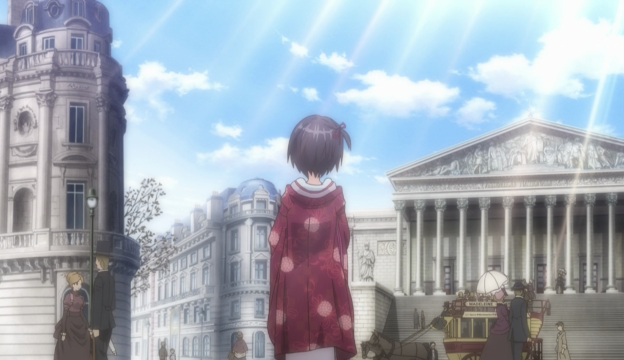 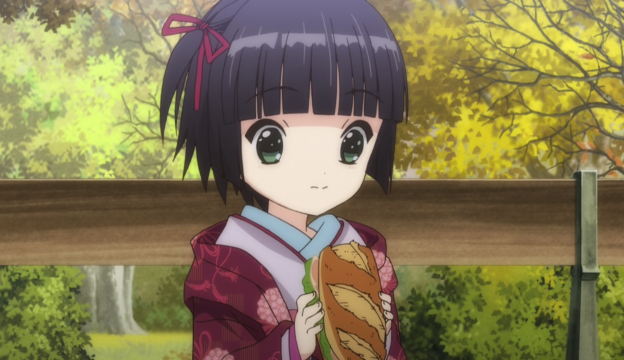 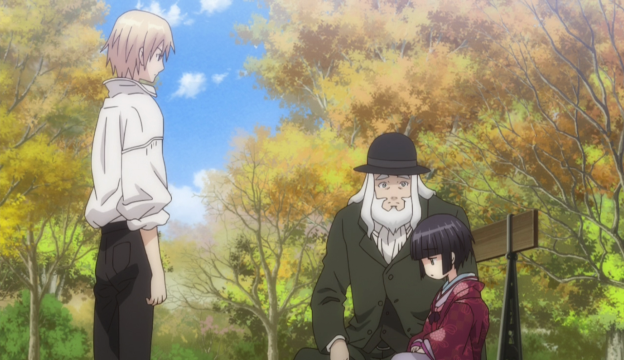 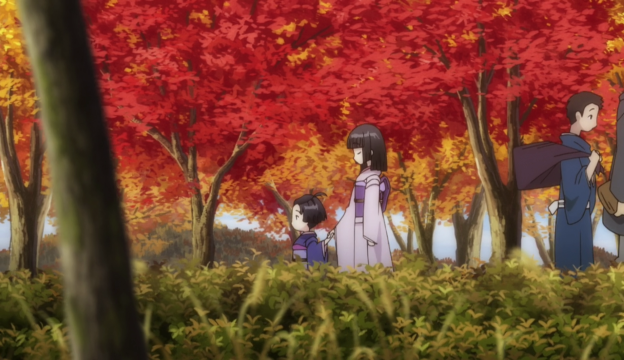 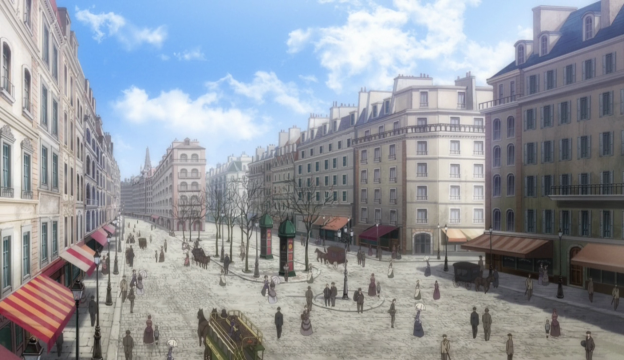 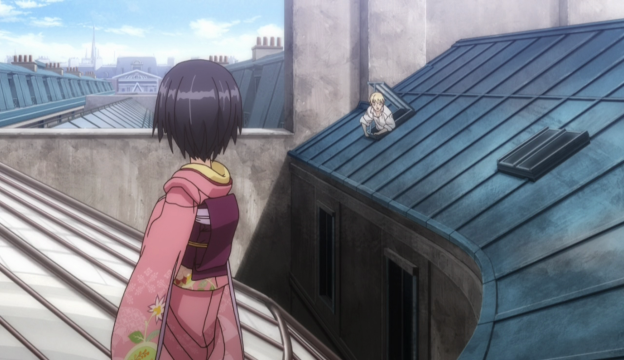 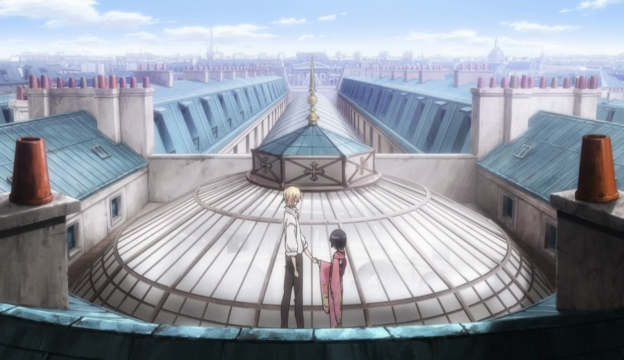 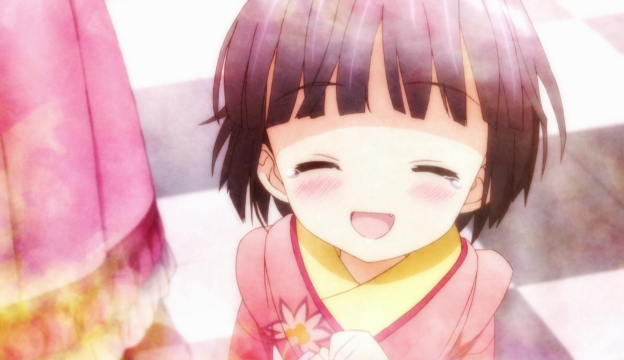 In Croisée in a Foreign Labyrinth, the interplay between Claude and Yune’s respective French and Japanese backgrounds confers change in both individuals for the better; diversity and respect are core tenants of multiculturalism, and it is through understanding that cooperation and trust are built. This is the reason why multiculturalism are desirable, unifying shared human values and bringing the best of all cultures together; acceptance and understanding is what it means to be Canadian, where enjoying Cantonese cuisine while watching the Calgary Flames defeat the Pittsburg Penguins to match the franchise record of ten consecutive victories in a shootout is a part of life rather than anything noteworthy. Although small in stature, similar to Yune herself, the theme of Croisée in a Foreign Labyrinth nonetheless has a large presence within the anime: Croisée in a Foreign Labyrinth is enjoyable for this reason, even if the juxtaposition of happiness and sadness can come across as jarring, and where Claude’s personality comes across as being irritating at times. Ultimately, Croisée in a Foreign Labyrinth earns a recommendation — the total sum of the anime’s message, sincerity in Yune’s character, authentic depiction of a late-nineteenth century Paris and a cathartic, beautifully-presented soundtrack makes the anime a worthwhile one, capturing the atmosphere surrounding the city. Paris might have been a stepping-stone on the way to my destination in Laval, but the short few hours I spent in Paris, coupled with Croisée in a Foreign Labyrinth means that I am interested in visiting Paris again to sight-see somewhere in the future.