“I felt the need to be more open and expressive of my feelings, not just about the hills and the countryside, but about the daily life.” –Donald Hall

Faced with the challenges of finding full-time employment as her graduation draws near, Yoshino Koharu finds herself offered with an unusual position: to become the Queen of Manoyama, a small town in rural Japan far removed from Tokyo, to promote tourism to the area. While this offer turns out to have been made on the basis of mistaken identity, Yoshino learns that Manoyama was the town where one of her fondest memories of being crowned were made: she nonetheless is displeased with prospects of staying for a year, attempting the impossible task of selling a thousand boxes of manjū on the condition that she be released from her contract on success. Despite failing, she draws upon her resources and know-how to try and bolster sales with the friendly Shiori Shinomiya, Ririko Oribe (Shiori’s friend with a profund knowledge of the occult), ammeter actor Maki Midorikawa and the web developer Sanae Kōzuki, becoming closer to them in the process. Later, during a televised competition to promote Manoyama, Yoshino realises that, following her attempts to learn more about the town and its residents, she genuinely wants to make a difference, and to Ushimatsu Kadota, head of Manoyama’s Tourism Board, she agrees to stay the year and help out on the condition of being able to work with Shiori, Sanae, Maki and Ririko. I am all smiles when watching Sakura Quest, and there is little doubt in my mind that this is going to be one of the strongest anime on my table for this season: wielding both sincerity and comedy, Sakura Quest is a reminder that P.A. Works is at their finest when they work with original anime set in the real world to showcase the trials and tribulations of people. Hanasaku Iroha, Tari Tari and Shirobako were each excellent works, firmly about challenges and adversity in life, as well as making the most of what one is dealt to ultimately craft a highly compelling story whose characters audiences can empathise with.

Hanasaku Iroha dealt with Ohana learning about the worth of hard work and dealing with her feelings for her friend, Kō, Tari Tari follows a group of friends seeking to create an opus magnum before their halcyon days in high school draw to a close, and Shirobako sees Aoi Miyamori settle into her job as a production assistant at an anime studio, being later promoted to production manager as she discovers her own talents in the position. Each of these anime were highly engaging, and in Sakura Quest, P.A. Works’ talent for depicting real-world stories continues. Yoshino’s predicament in trying to help Ushimatsu drive tourism to Manoyama parallels the struggles that towns in Japan’s inaka, or rural Japan, face: their populations aging, and with youth like Yoshino being drawn to the city for its greater opportunity, populations in the inaka are declining along with economic prospects. However, in some places, settlements and towns in the inaka are making a resurgence, brought on by the people’s desires to escape the manic pace of the city or as a result of increased promotional efforts. This social issue is captured in Sakura Quest, and despite a healthy dose of comedy present, Sakura Quest is very open about the challenges that inaka communities, such as the fictional Manoyama, face in their futures. Consequently, Sakura Quest‘s upcoming depiction of Yoshino’s journeys with her newfound friends in Manoyama will certainly be one that is as much about her own personal discovery as it is about how a group of friends can indeed make a difference in a a part of Japan that seems stubbornly set in its ways even in the face of decline. 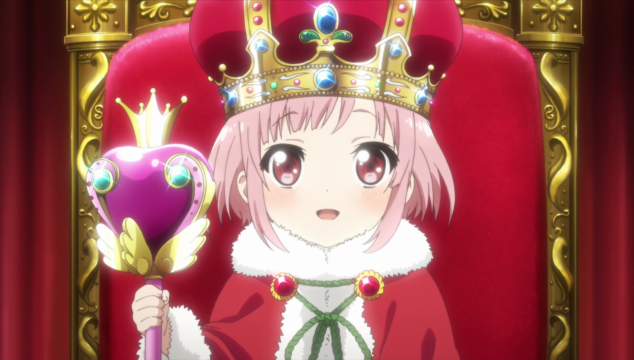 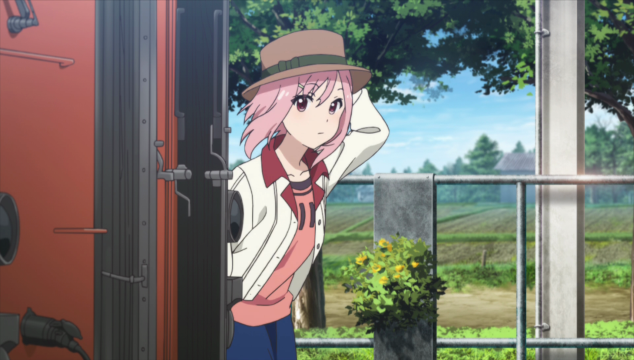 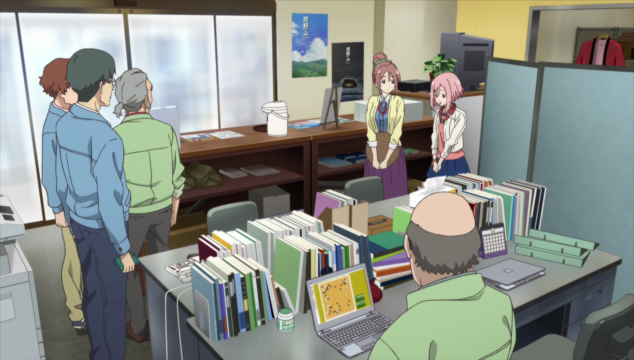 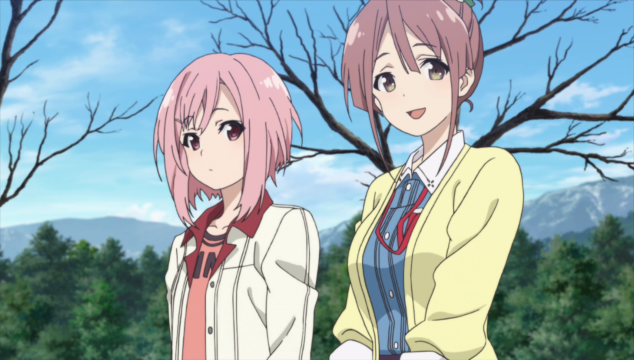 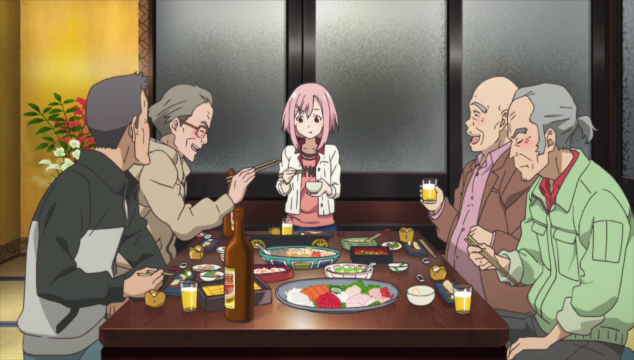 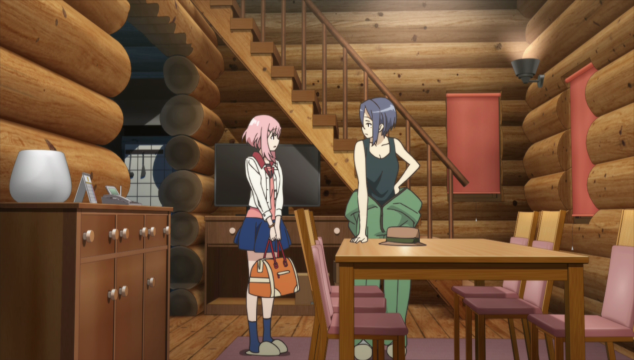 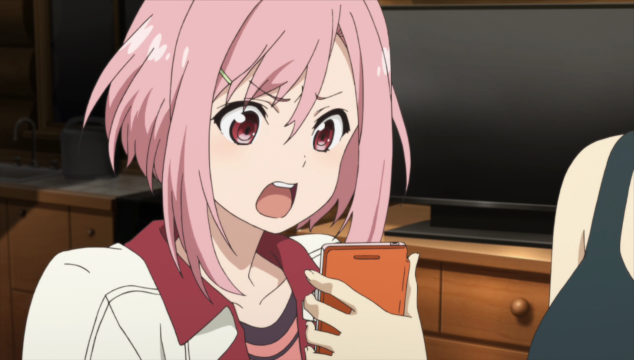 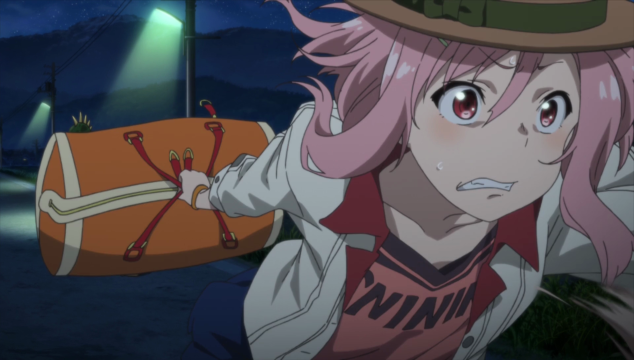 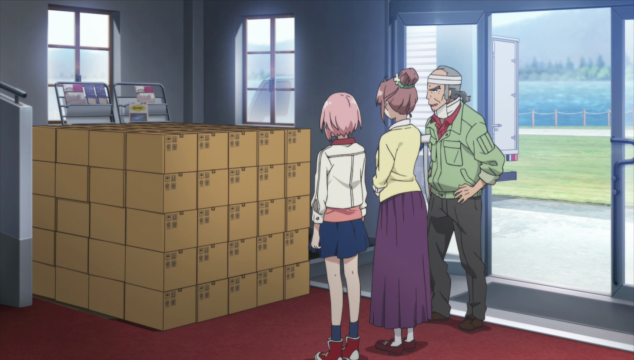 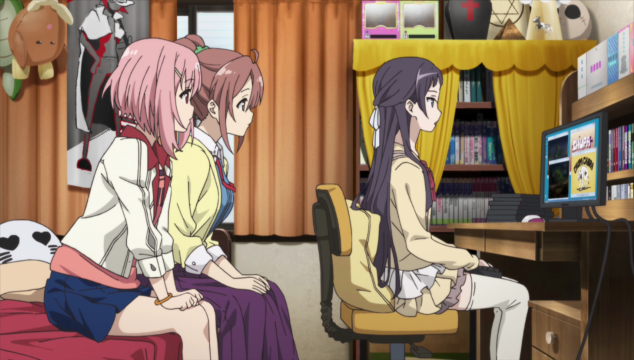 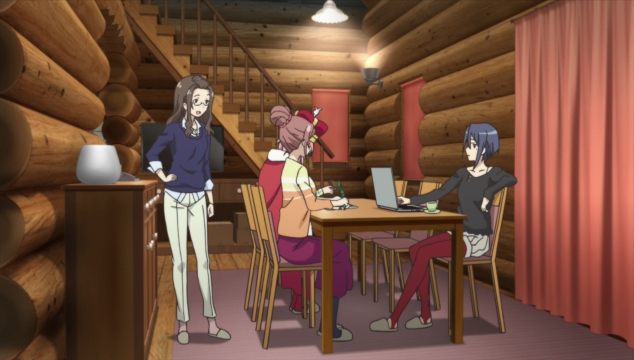 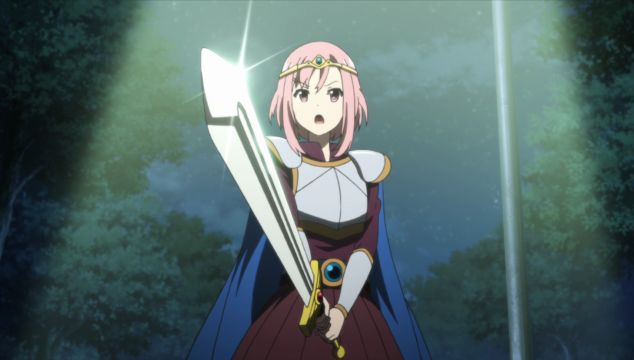 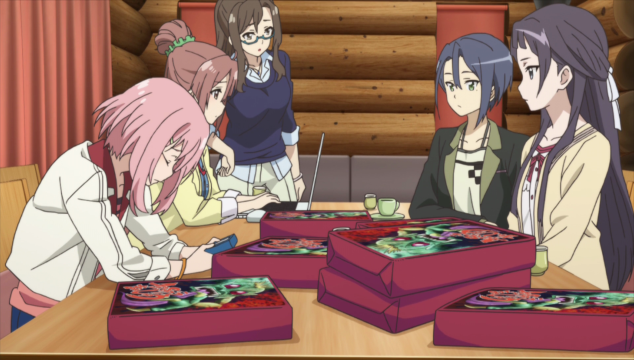 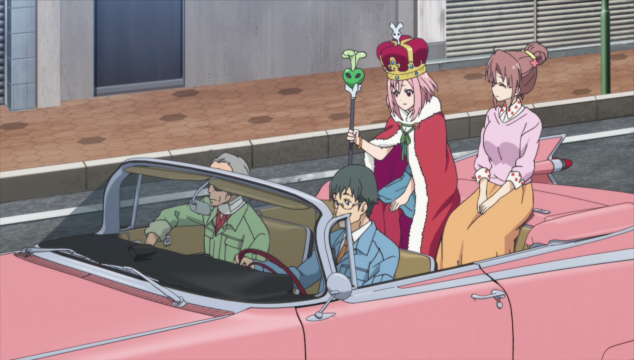 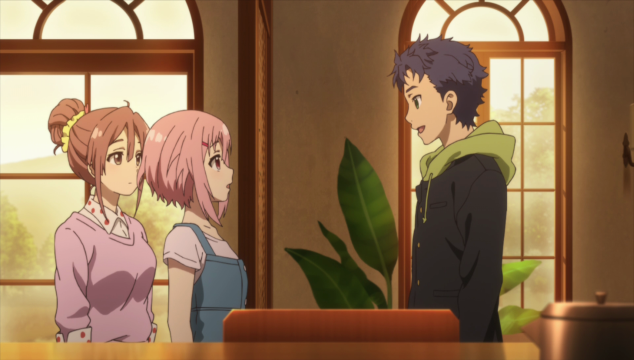 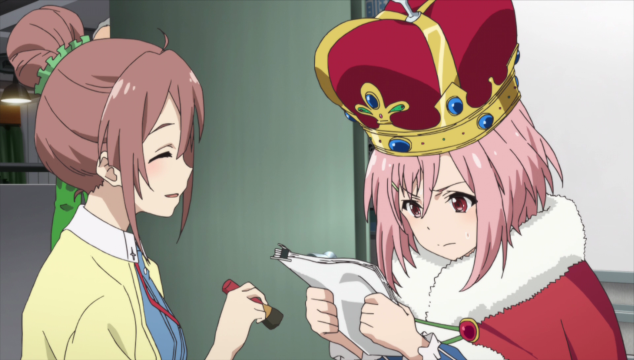 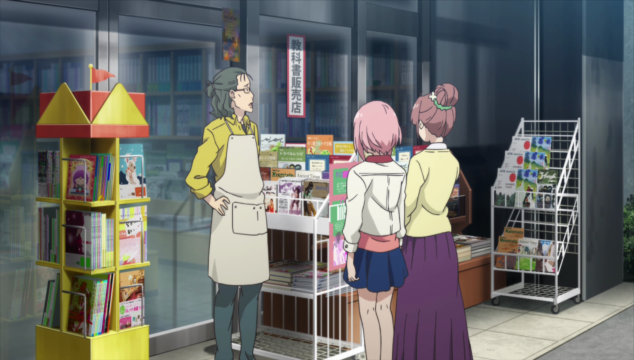 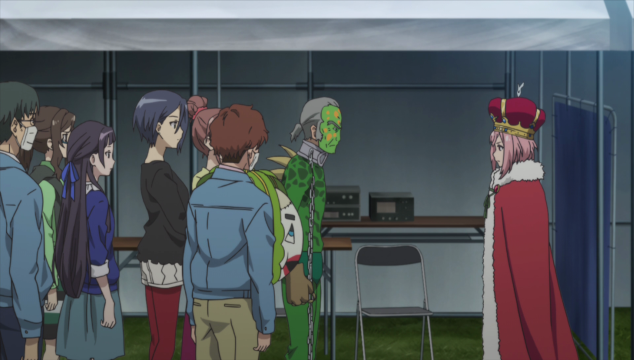 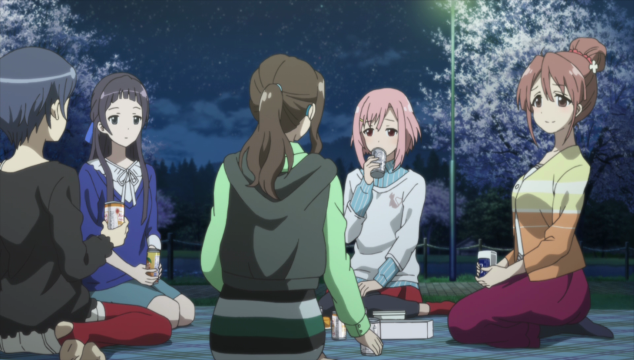 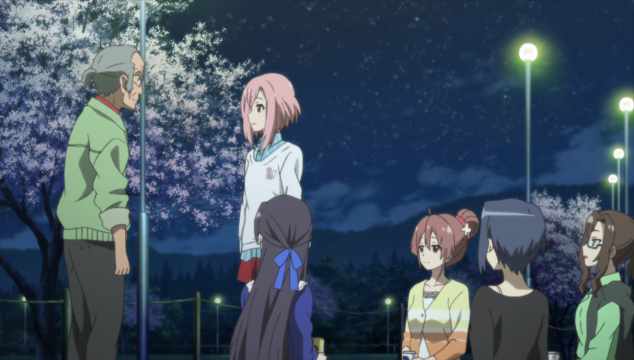 Immensely relatable right out of the gates, Sakura Quest seems an anime that audiences in my age bracket will relate with quickly: the uncertainties associated with making that transition between school and work is a frightening one, and sometimes, opportunities can arise from the most unlikely of circumstances. This is precisely what happens to Yoshino, whose career in the tourism industry begins with a mistake arising from illegible handwriting. This opening reflects on how reality itself can play out in the most unusual of ways, and for those persistent enough to stick things out, the journey can prove to be a rewarding one. With this remark, I have an inkling that I may have with reasonable accuracy, described Sakura Quest‘s main thematic element already, but like all of its predecessors, it is this journey whose worth makes the anime worth following. Sakura Quest is slated to run for twenty five episodes – such a number corresponds with an adequate time frame to really capture Yoshino’s experiences, and consequently, it would not be mistaken to surmise that Sakura Quest could be as captivating and entertaining to watch as its predecessors set in the real world.