“And then, there’s the last ten minutes of the movie. A display so powerful it merits the price of admission, and all future admission prices.” —Kylo Ren Reviews Rogue One

Taking a leaf from the Auralnauts’ “Kylo Ren Reviews Rogue One”, first off, obviously, this discussion will contain spoilers. If you do not already know that Gin dies in the end, then you should leave right now. Following another training session, Sumi, Sonoko and Gin are presented with unexpected news – they assigned some vacation time, during which they spend a day together at the pool and prepare an orientation for first-year elementary students. Although going overboard with their daily calisthenics routine and landing themselves in hot water, the girls have fun with their presentation, coming to deeply treasure their time spent together. Sumi and Sonoko also meet Gin’s parents for the first time during their break. When term resumes, the girls share a productive day at their school’s training camp, promising that there will be many more treasured memories in the days coming. When the camp concludes, a pair of Vertices appear. In the fierce fighting, Sumi and Sonoko are knocked out of combat. Gin promises to deal with the Vertices on her own, and, spurred on by her own determination to share a future with her friends, manages to defeat both. However, in the process, she sustains grievous wounds and succumbs to her injuries. Grief-stricken at their friend’s sudden departure, Sonoko and Sumi dissolve into tears. This is the short of Washio Sumi Chapter‘s second act, the turning point where Gin’s friendship with Sonoko and Sumi is cut short; to see the dramatic contrast in the second act’s first and second halves was quite jarring even though it was quite apparent as to what would be happening when the Vertex did finally appear.

The idea of presenting an episode of contrasts is not a novel one – in portraying the characters’ ordinary lives and everyday activities, audiences have a chance to see what extraordinary individuals might do outside of their duties. To see them in normalcy, going about their business and sharing precious memories together reinforces the notion that everyone is human, each with their own experiences that give them drive. Consequently, when audiences have seen for themselves how far each of Sumi, Sonoko and Gin come to know one another, as well as the strength of their friendship, the death of a character is intended to evoke some level of response in viewers: empathy, the ability to understand another being’s emotions, is a cognitive function that evolved in social animals. Writers utilise it to convey a particular mood strongly, and in the case of Washio Sumi Chapter‘s second act, to develop a friendship in such detail (Washio Sumi Chapter’s second acts open up in a light-hearted, even irreverent, tone), only for Gin to be killed during combat, is intended to convey to audiences the extent of the loss that Sonoko and Sumi feel. Friendship, something that takes a considerable amount of effort and time to cultivate, can be destroyed in an instant by external forces. Effective in emphasising this point as its main message, Act Two of Washio Sumi Chapter has raised the stakes for its final part; to be a hero previously meant accepting the risk of personal injury in the line of defending their world. In death, Gin shows the hazards of this duty, and if the documentation holds true, her death serves as the catalyst for changes the Taisha make to their Hero system. The final act of Washio Sumi Chapter will presumably deal with this, along with how Sumi and Sonoko take the loss of a dear friend. 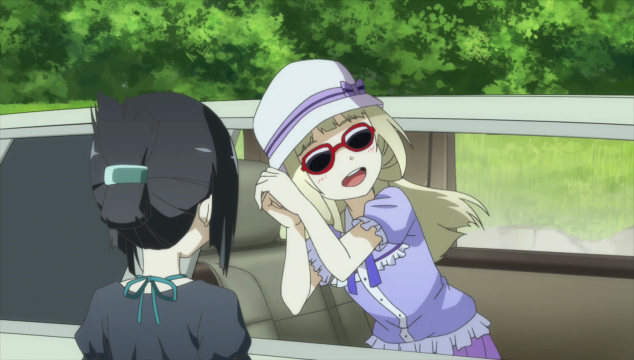 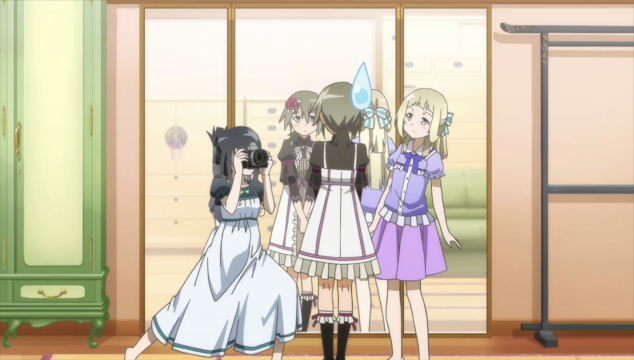 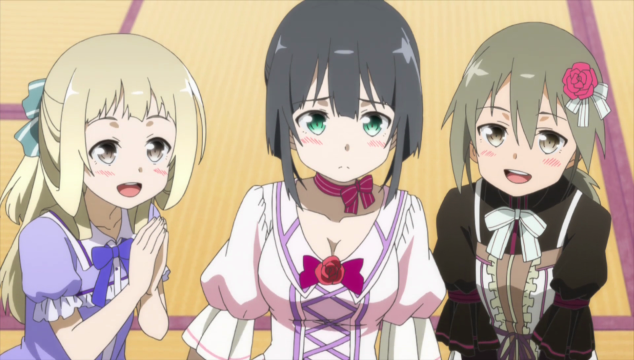 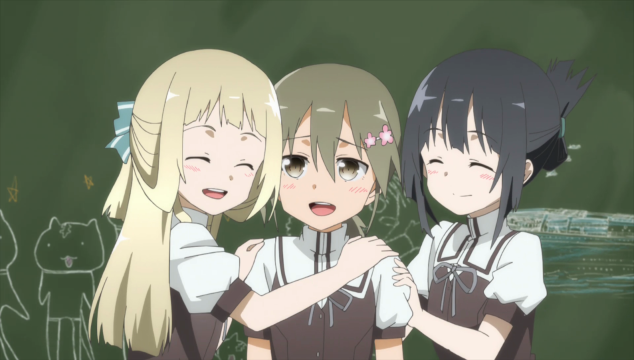 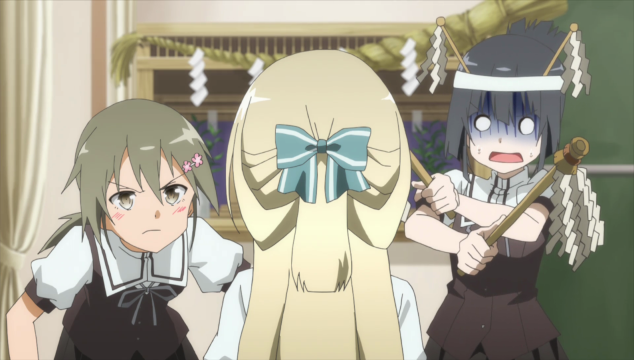 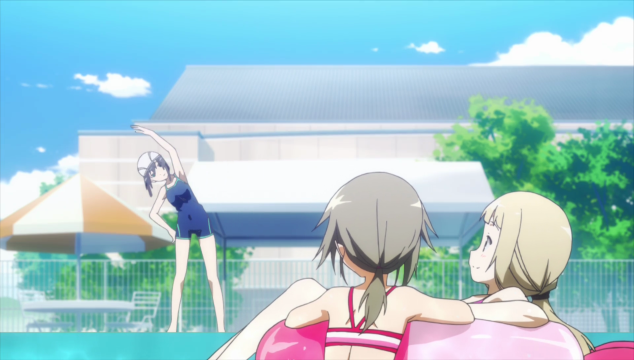 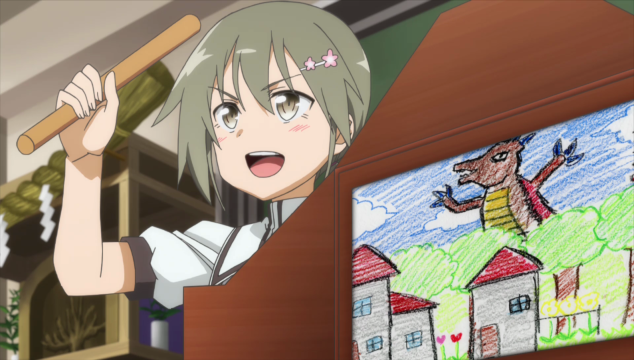 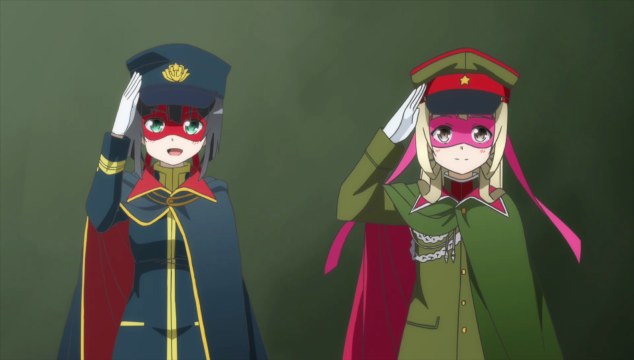 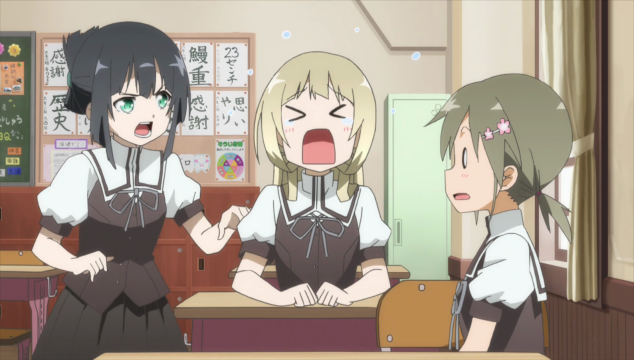 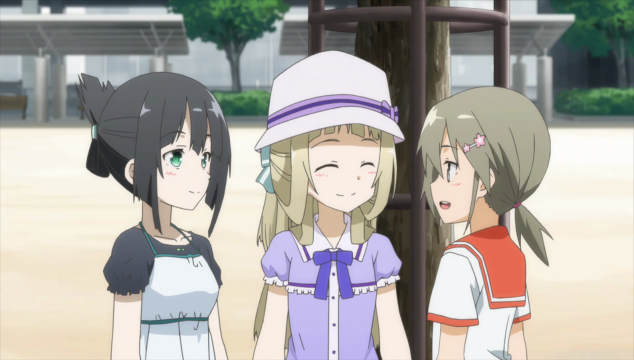 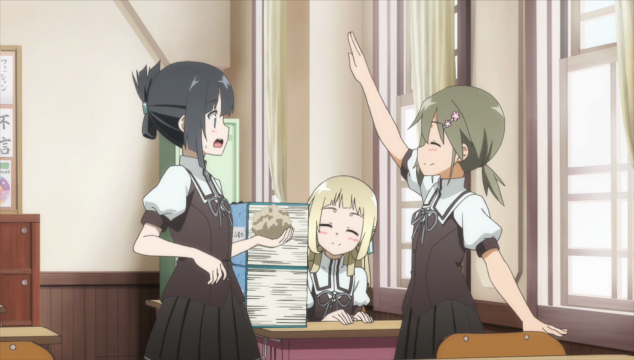 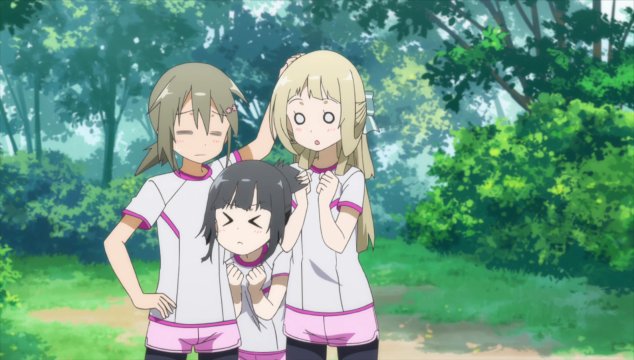 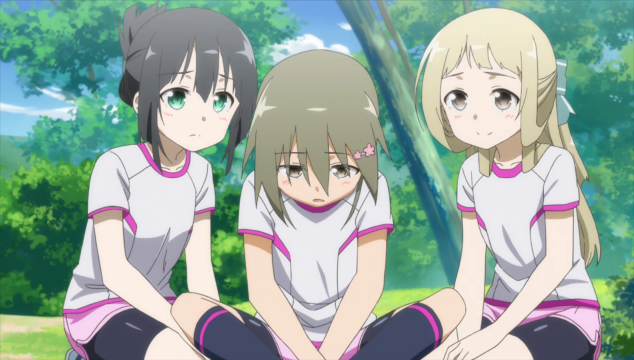 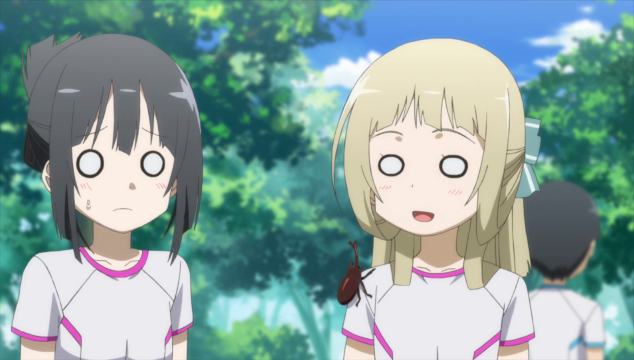 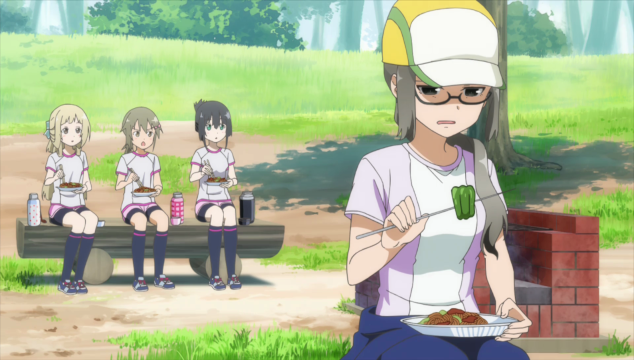 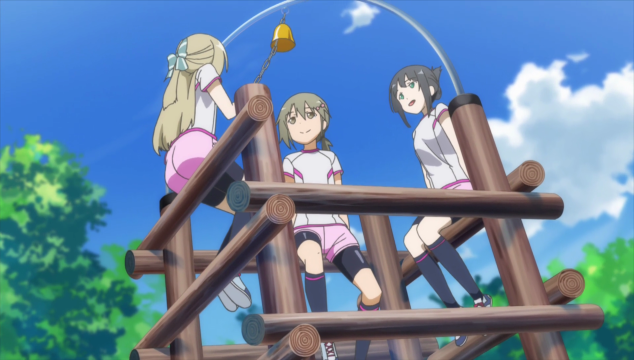 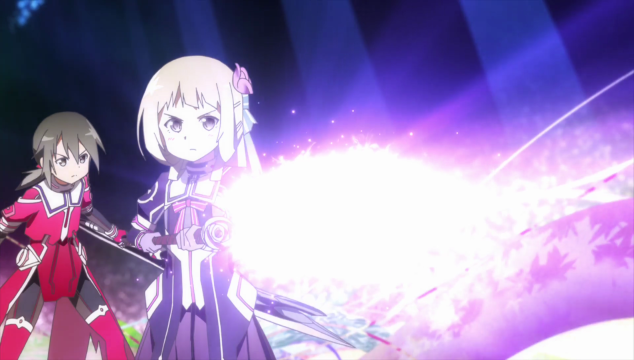 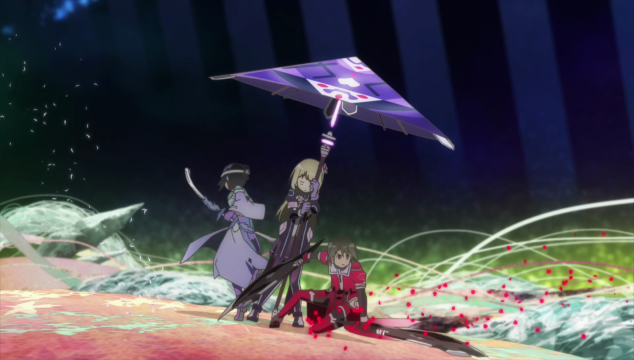 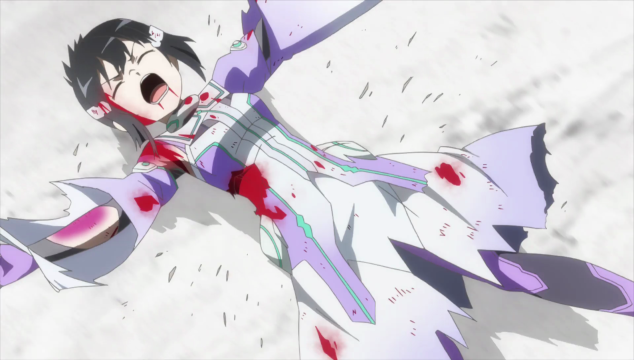 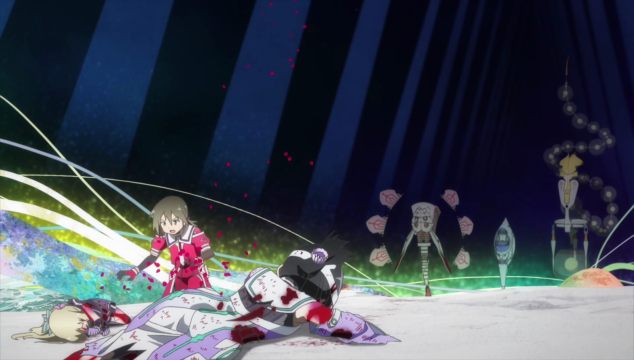 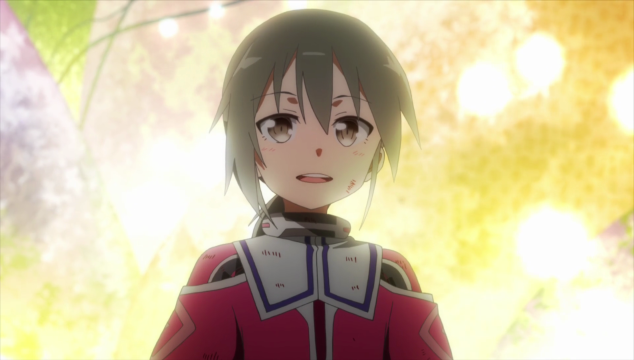 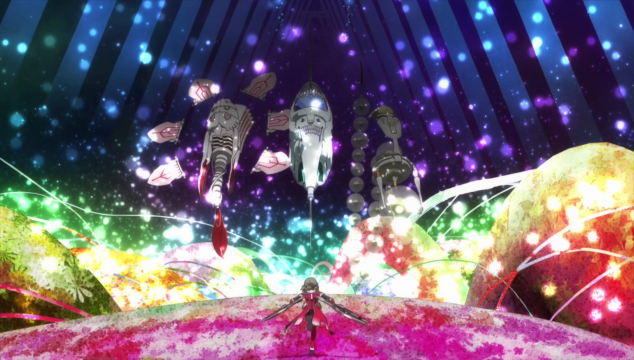 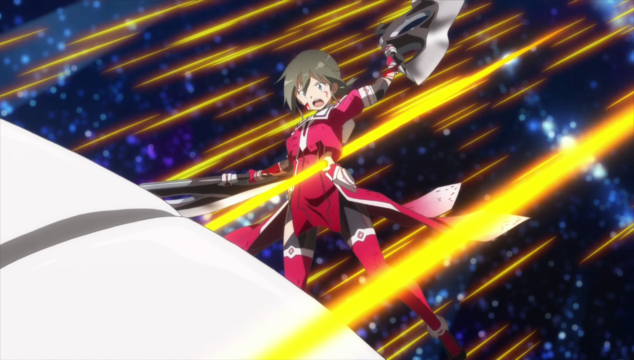 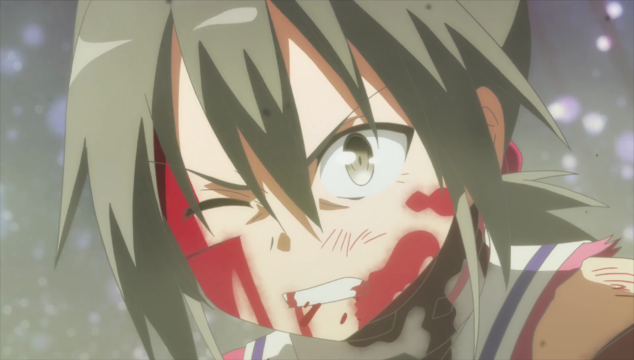 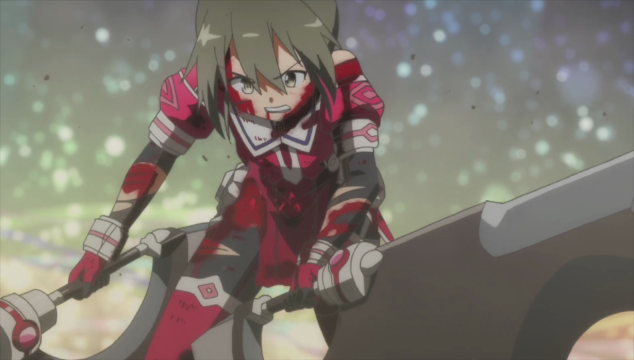 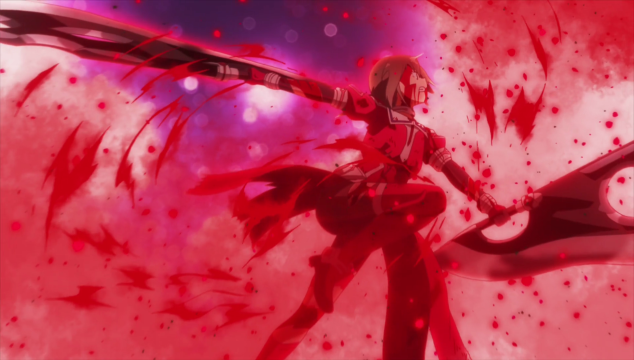 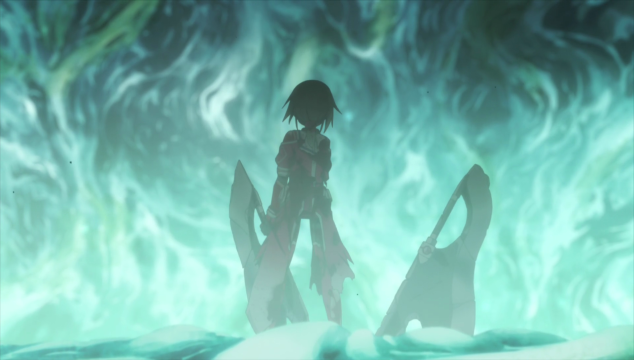 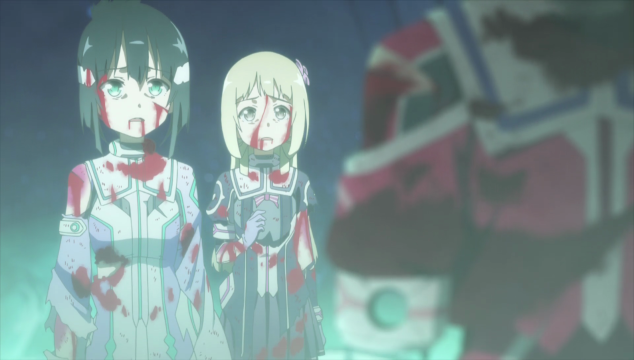 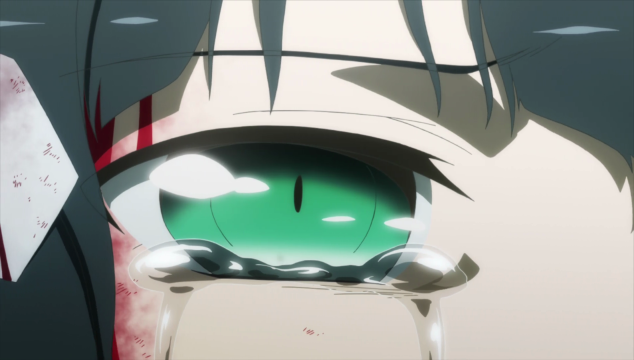 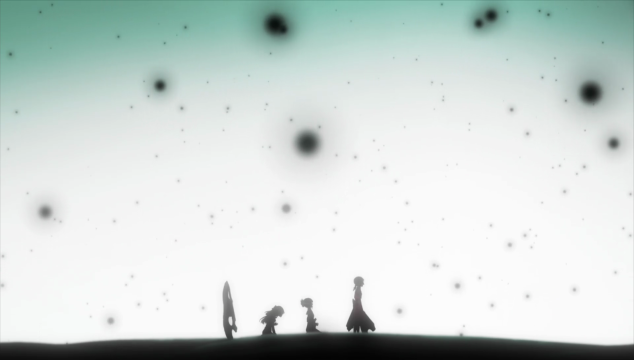 In spite of the opening narration redacting some elements about the Vertex and Taisha, the information that is provided seems to align with the idea that this Yūki Yūna is a Hero occurs within a simulated reality: the Vertex are suggested to be anomalies within the system, and the Heroes would therefore serve as a sort of anti-virus or anti-malware platform for defending the Shinju, the operating system, from threats arising within the programming. The spontaneous creation of Vertex as an antagonist hints at instability in the system, and there is a limit to what speculation can accomplish: there’s still quite a bit of background about Yūki Yūna is a Hero that audiences are not privy to. While not presenting the complete picture, having these dialogues and fragments of information is infinitely preferable to the absence of exposition. Until more documentation becomes available to support or refute my guesses, I will continue to go with the idea that Yūki Yūna is a Hero is the mahou shoujo take on The Matrix. With the second act of Washio Sumi Chapter in the books, the stage is now set for the final movie, which is set for release on July 8. I am very curious to see the intermediate story between Sumi’s transition to Mimori, as well as the difficult path that Sonoko chooses to defend her world. Yūki Yūna is a Hero might have been met with a lukewarm reception at best for dropping viewers into the middle of things, but the Washio Sumi Chapter films have been a modest attempt at addressing the background behind this world so far. If the third movie can explain more about the Taisha and Vertices’ respective natures, and the Hero Chapter of Yūki Yūna is a Hero‘s second season can explore how Yūna’s team handles their knowledge following the events of the first season, the world presented in Yūki Yūna is a Hero will feel more complete, and the girls’ actions, more consistent.