Feast: The Fortress at War- Sora no Woto OVA 1 Review and Reflection

“An intelligent man is sometimes forced to be drunk to spend time with his fools.” —Ernest Hemingway

On a hot summer’s day, the 1121st prepare for an afternoon barbecue. When Kanata and Yumina’s suspicions about the Clocktower Fortress’ source of income threatens to expose their calvados operation, Filicia decides that a contest is in order to determine whether the truth should be disclosed. She covertly spikes everyone’s tea with their in-house alcohol, and the stakes are that, if Kanata and her team should prevail during a mock combat exercise with water pistols, she will explain what is going on. The buzz from the alcohol causes everyone to develop higher spirits, and when Noël unveils a powerful water Gatling-gun, the battle shifts to Kanata’s favour. She manages to corner Rio inside the distillery and defeats her. Later, Kanata agrees to keep the distillery a secret and spends the night with an increasingly drunk 1121st, who take an uncommon interest in Kureha. By the next morning, in the throes of a vicious hangover, Filicia, Rio, Noël and Kanata struggle in the aftermath of their indulgence, while Kureha tearfully records the events of the previous evening and laments her inability to forget what’s occurred. Included with the fourth home release volume, the first of the Sora no Woto OVAs is set between the seventh and eighth episode: in the interim between the sixth and eighth episode, Kanata has enigmatically come into the knowledge of the 1121st’s secret distillery. While the natural progression is not particularly tricky to work out, fans nonetheless counted this as being worth speculating about. The first OVA thus brings some light to this, answering the question of what occurred and also showcasing some good-natured misadventures resulting from the girls enjoying too much alcohol.

Released quite separately from the televised release, OVAs are able to be a bit more overt and brazen with their depictions of events in an anime. While raising some thought-provoking questions, as well as striking a balance between drama and comedy, Sora no Woto‘s televised run remained quite focused on thematic elements owing to the fact that there were only twelve episodes to adequately explore the unique world Sora no Woto was set in. The characters remain quite consistent in manner and personality even if they do mature over the anime’s run, and so, in this Sora no Woto OVA, it was quite surprising, not to mention hilarious, to see the different characters under the influence of alcohol. A world apart from their usual selves, the alcohol leads the characters to act in over-the-top, melodramatic ways quite unlike that of their usual selves. The OVA ends up being a non-stop comedic ride; while simple in premise and contributing little towards the world-building that Sora no Woto is known for, it nonetheless offers the characters yet another dimension to their personality. From its open depiction of underage alcohol consumption to the implications that Kureha was desecrated by the others, Sora no Woto plainly capitalised on the OVA format to present an episode that offers another perspective on the characters which would not have likely been approved for broadcast on television. In the freedoms offered by the OVA format, however, viewers are treated to some nice laughs. 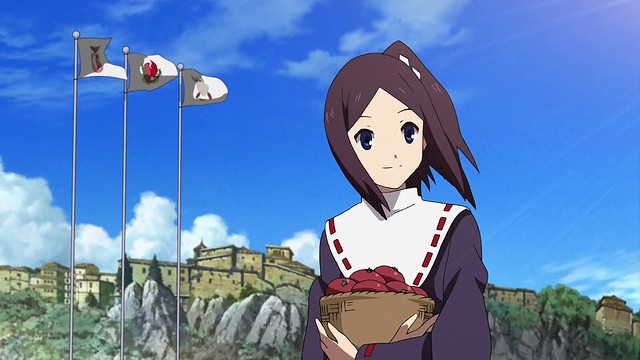 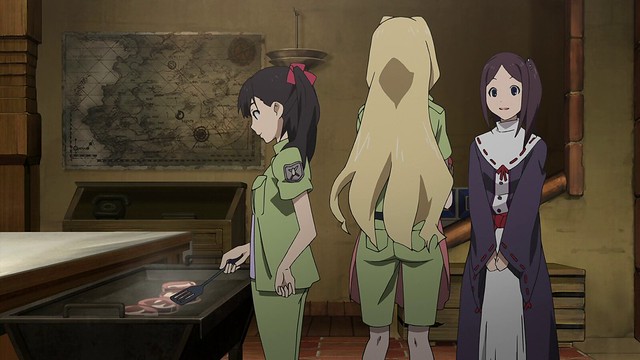 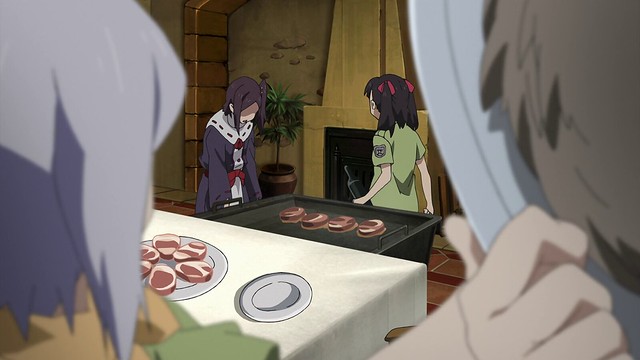 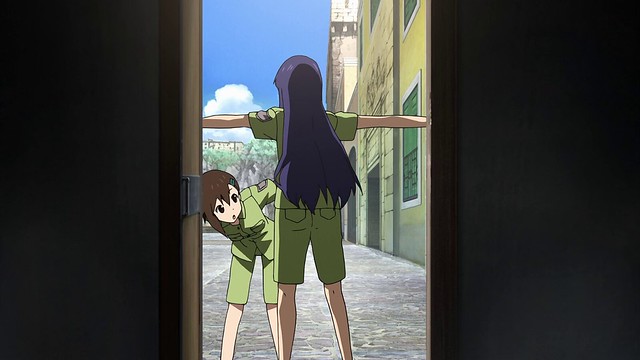 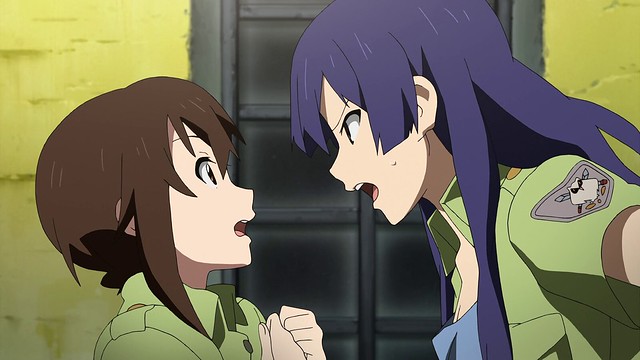 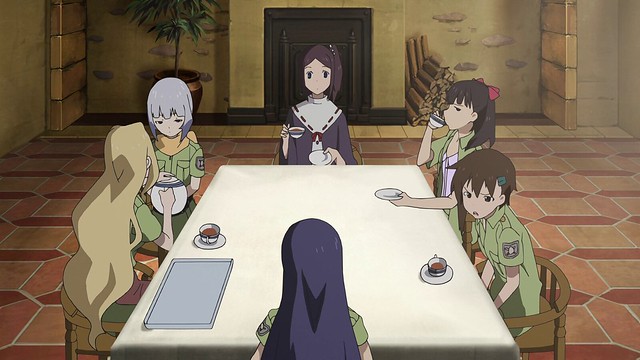 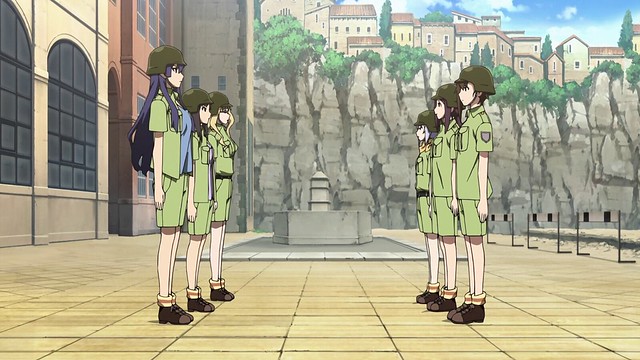 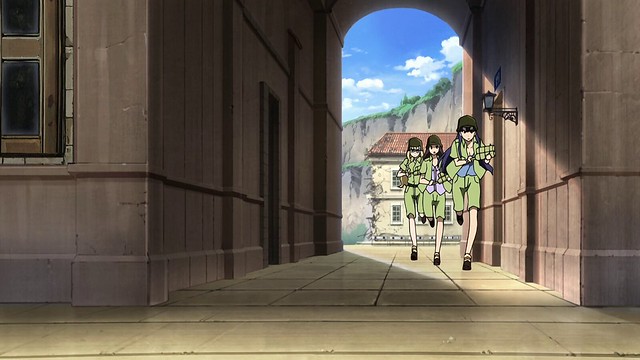 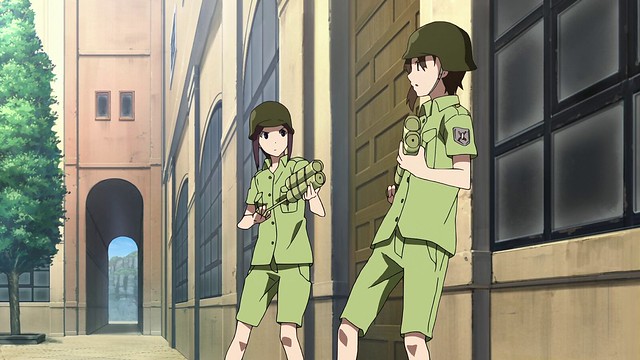 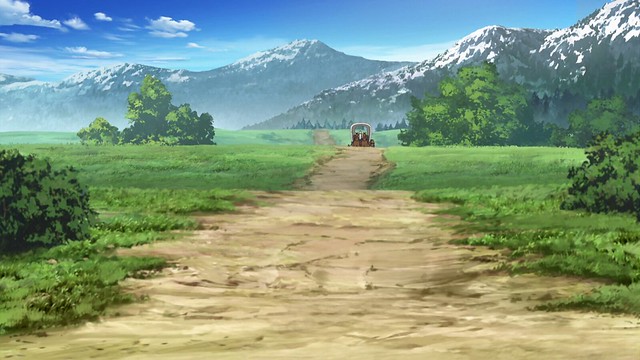 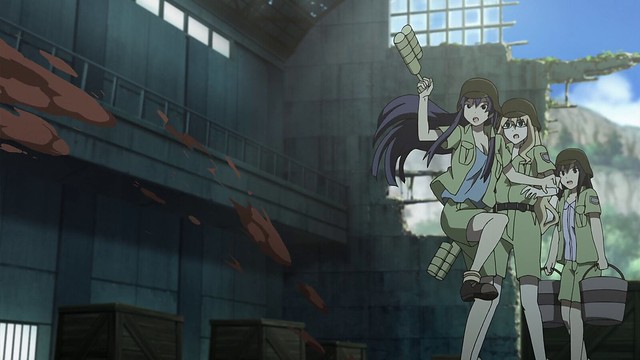 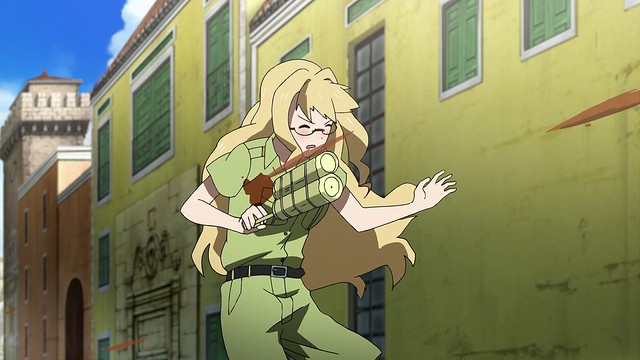 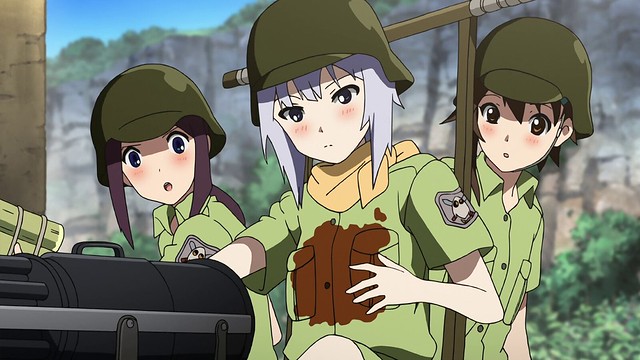 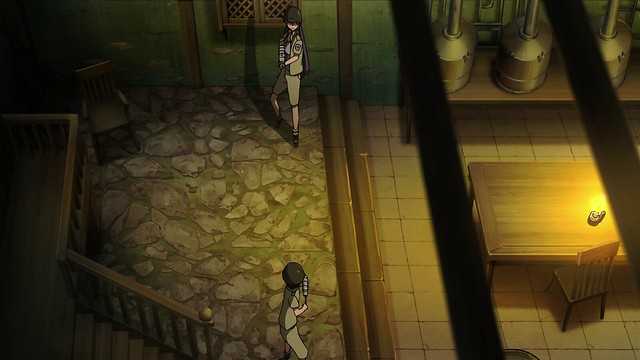 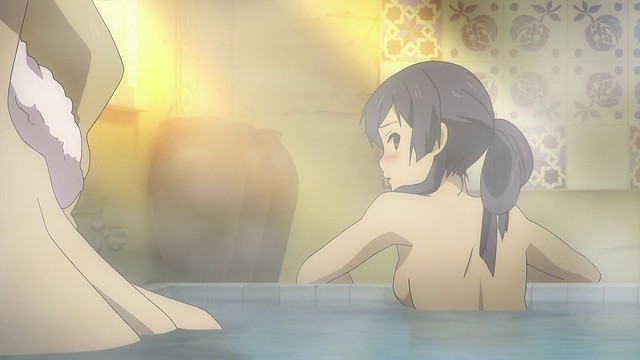 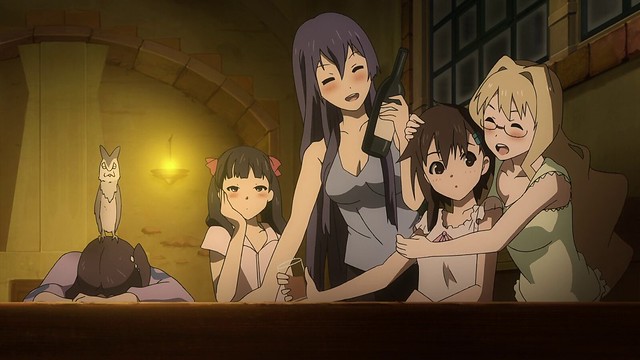 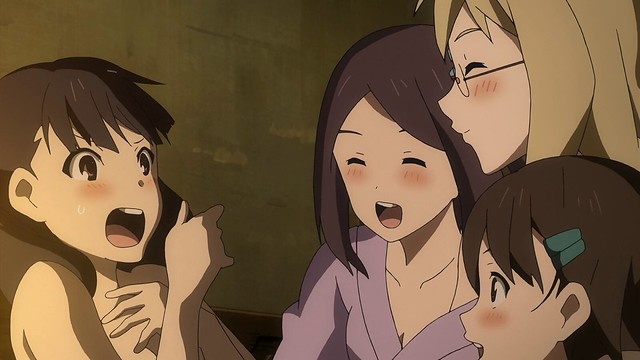 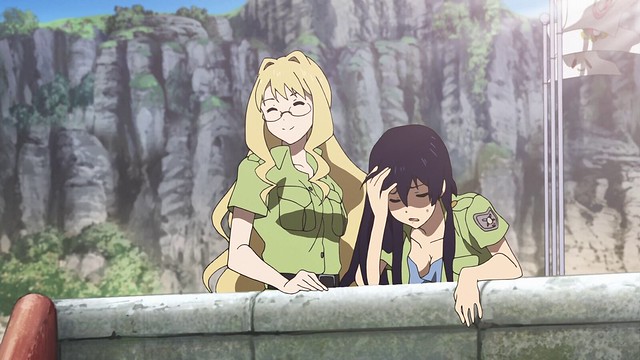 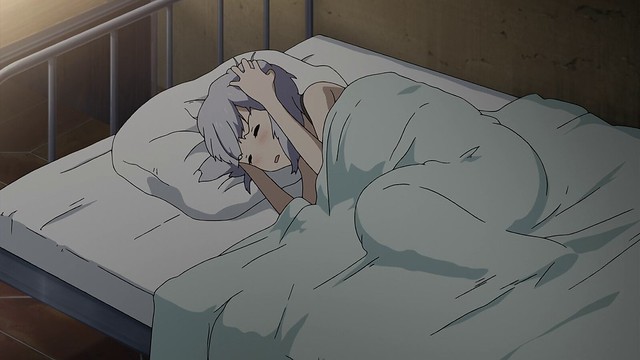 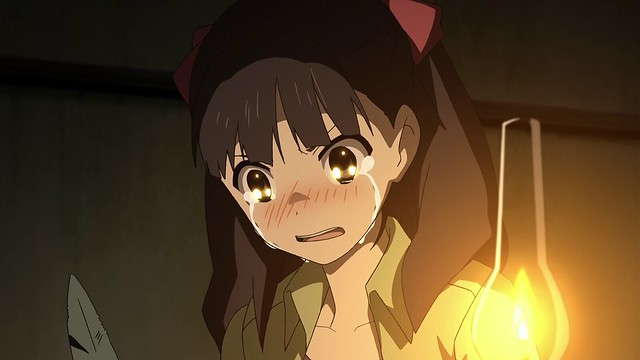 At the time of its release seven years ago, I was quite unaware of Sora no Woto and was engaged in summer research at the university, working on a model of blood flow and oxygenation within the lab’s in-house game engine. I had returned from a day trip with the lab out to the mountains, and my project had been progressing smoothly, and I was gearing up to go on vacation to China (Beijing, Shanghai, Hanzgzhou and Suzhou). I’m not quite sure how I came across Sora no Woto, but it is likely that I found the anime while looking for recommendations of shows similar to K-On!: a year later, I came across Sora no Woto and found myself blown away with the overall quality and enjoyment factor the anime provided. I’ve an older review of the episode here that dates back to January 2012, a few months after I finished Sora no Woto. In the five-and-a-half years that has elapsed since then, my blog and writing style have both undergone a dramatic change in style. However, looking through the older post, it’s quite clear that my enjoyment of Sora no Woto‘s first OVA has not changed. The second of the OVAs would not be released for another three months at that point, and while it seemed a long wait for contemporary reviewers, my coming across Sora no Woto after it finished airing allowed me to continue watching the OVAs uninterrupted.