Sakura Quest: Review and Reflections at the Halfway Point

“Today, I’m going to outline a plan for Manoyama’s economic revival – it is a bold, ambitious, forward-looking plan to massively increase jobs, wages, incomes and opportunities for the people of our country. If we lower our taxes, remove destructive regulations, unleash the vast treasure of Manoyama’s energy, and negotiate trade deals that put Manoyama First, then there is no limit to the number of jobs we can create and the amount of prosperity we can unleash. Manoyama will truly be the greatest place in the world to invest, hire, grow and to create new jobs, new technologies, and entire new industries. Instead of driving jobs and wealth away, Manoyama will become the world’s great magnet for innovation and job creation.” –Excerpt from a speech delivered at the Manoyama Tourism Board

Resolved to improve Manoyama in whatever way she can in her role as the town’s “Queen”, Yoshino begins exploring the region’s specialities, including wood carving and sōmen. Her endeavours and visions are bold – even though the tourist board cannot fund Yoshino’s ideas, they begin making progress slowly: traditional wood carvings from native artisans are installed at the train station, impressing visitors, and a local cooking festival ends successfully. A film crew also scouts out Manoyama as a viable filming location, recruiting the tourism board and locals to assist. Their plans to burn down an abandoned home are met with resistance from Shiori, who reveals that the home is special to her, and the shoot also reveals that Maki had lost her passion in acting. Later, the tourism boards hosts a romance tour of Manoyama for the Community Club, taking them around Manoyama. Ruriko finds herself envious of Yoshino’s resolve and spirit. While Ruriko is embarrassed to participate in the Manoyama dance, Yoshino has taken the courage to learn it. Ruriko later falls ill, and comes across an alternative interpretation of Manoyama’s legend of the dragon while resting away from her duties. When she learns that Manoyama was originally about being open to outsiders, she performs her the dragon song on the final day of the tour. Though it all, Yoshino herself still resents normalcy, as well as her own role in things: when a reality show is filmed in Manoyama, Yoshino finds herself questioning her goals. Even so, she continues to do her utmost in making the tourism board’s initiatives successful, helping the television studio organise a major concert.

Sakura Quest has covered a substantial amount of territory at the halfway point. With twenty-five episodes, there remains another half to go – insofar, Sakura Quest has done a phenomenal job of bringing Manoyama and its characters to life. Whether it be the struggles and doubts each of the characters face, or the realities surrounding social trends in rural Japan, details are elaborated upon to give the town and its people dimensionality. Challenges surrounding Maki’s past with acting, Saenai’s doubts about whether or not Manoyama was her running away from her problems, or Ruriko’s isolation with the community are vividly detailed: flawed and very much human, each of the characters’ attributes come into play and slowly shift through Yoshino’s influence. Despite being an outsider herself, Yoshino also begins feeling more connected to the town of Manoyama, despite having only visited briefly during her childhood – being in this quiet and close-knit community brings about a change in her perspectives that is quite noticeable from her outlooks at Sakura Quest‘s onset, and by the halfway point, it becomes apparent that the synergy between Yoshino and the others have indeed had an impact on Manoyama. With the characters established, Sakura Quest is set to continue with detailing the tourism board’s quest to Make Manoyama Great Again℠, and I look forwards to seeing what Yoshino has in mind for the future. 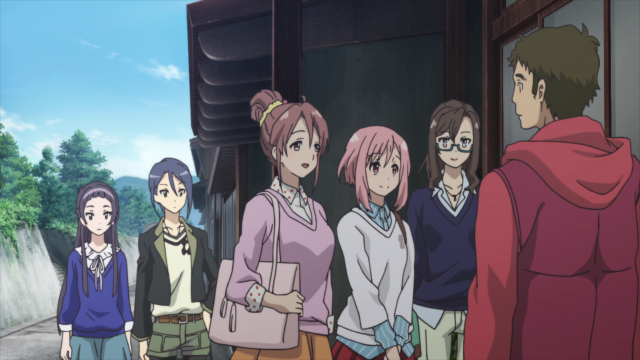 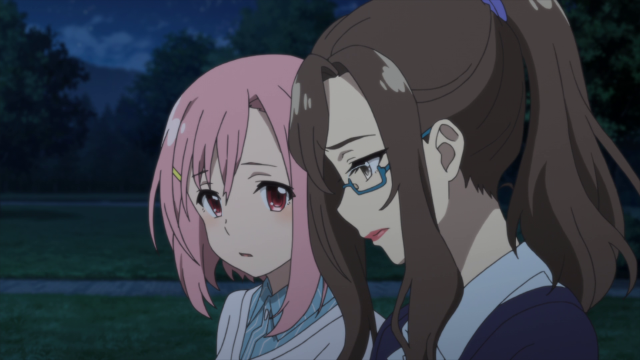 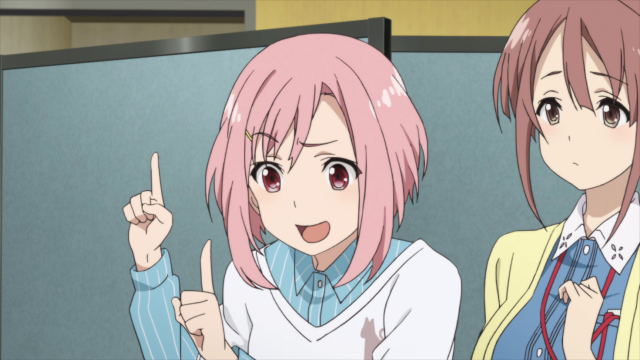 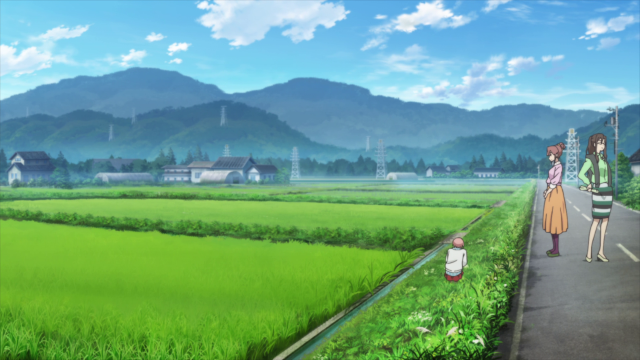 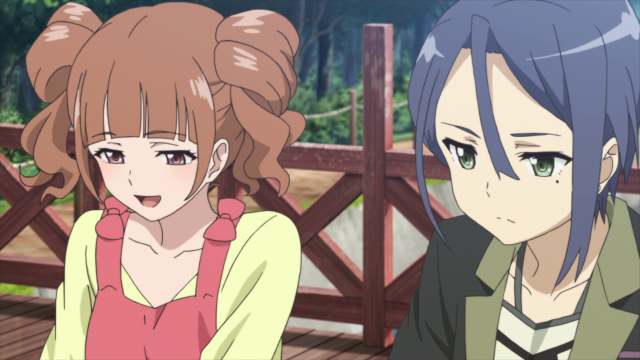 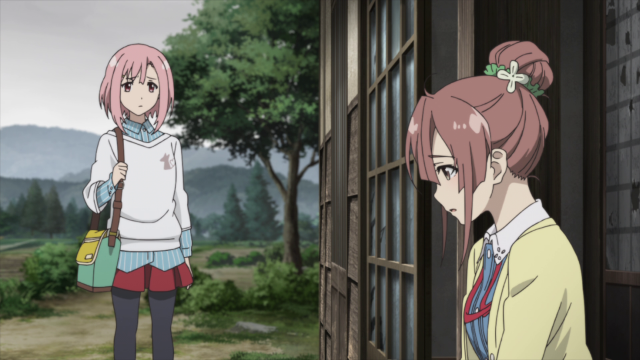 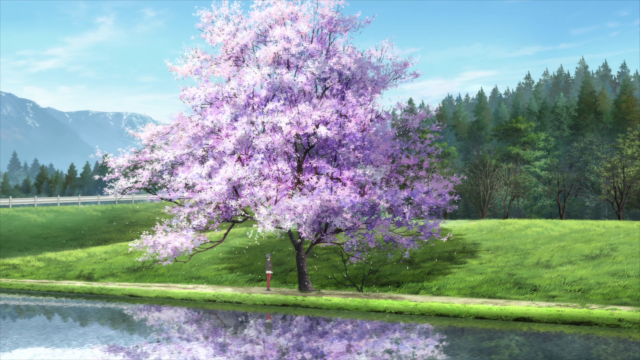 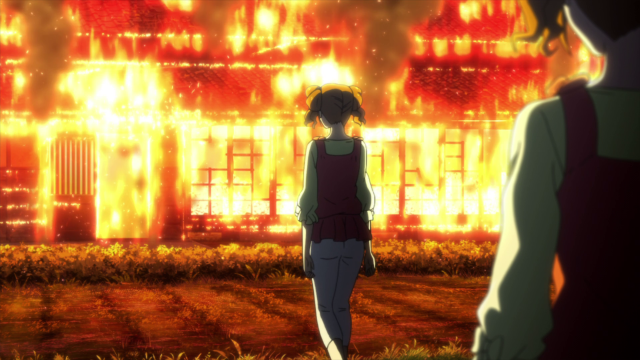 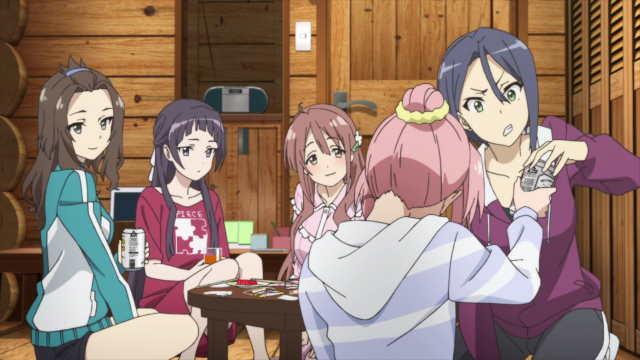 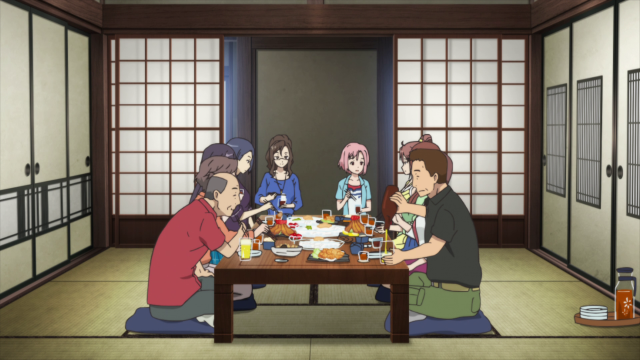 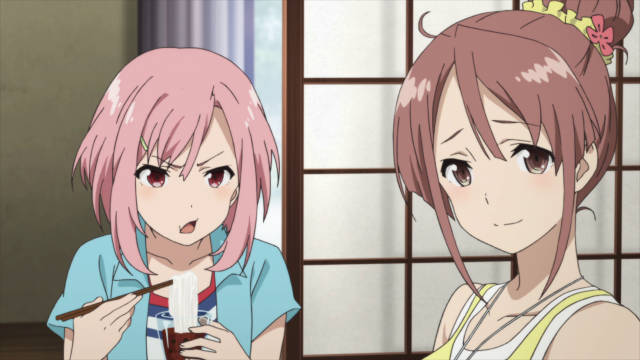 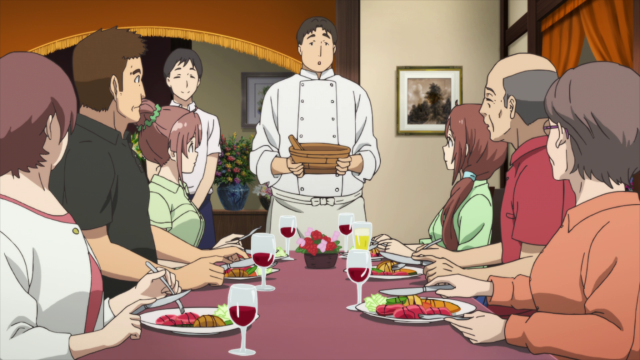 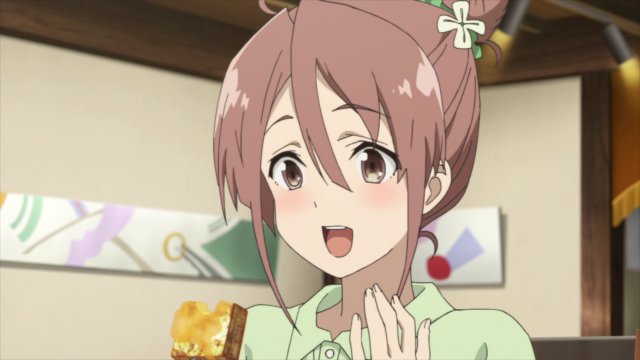 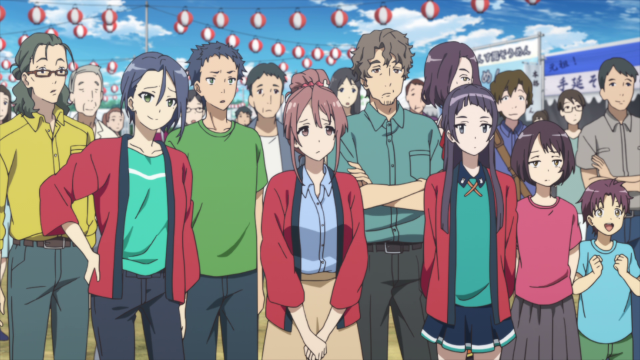 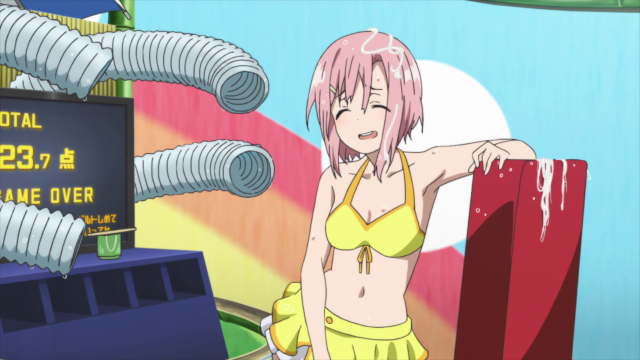 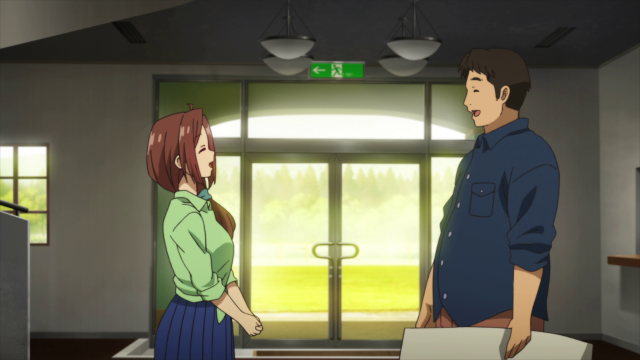 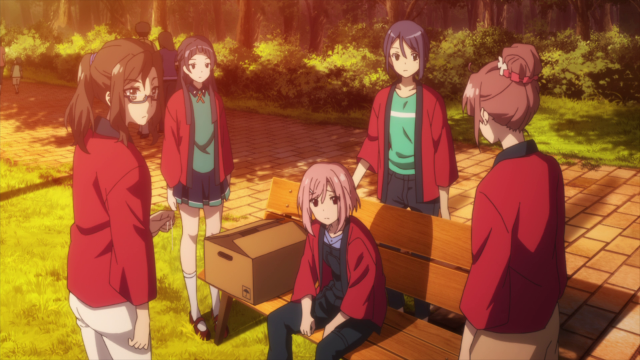 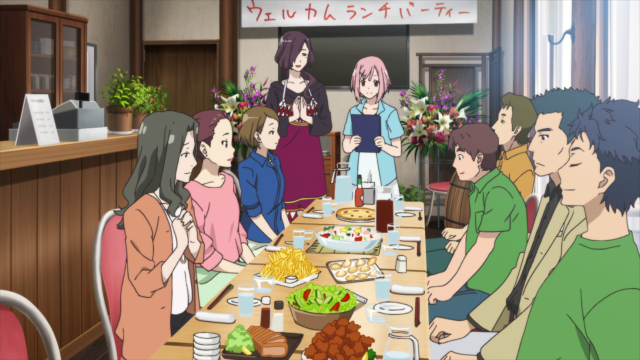 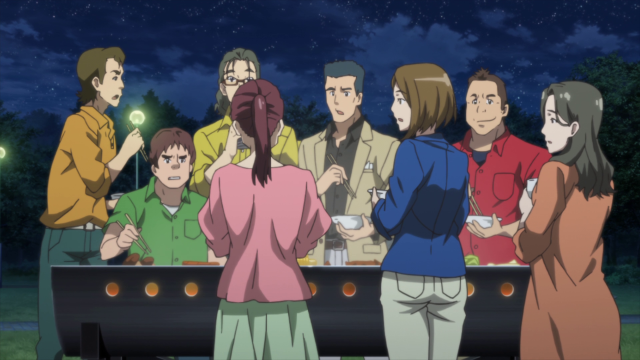 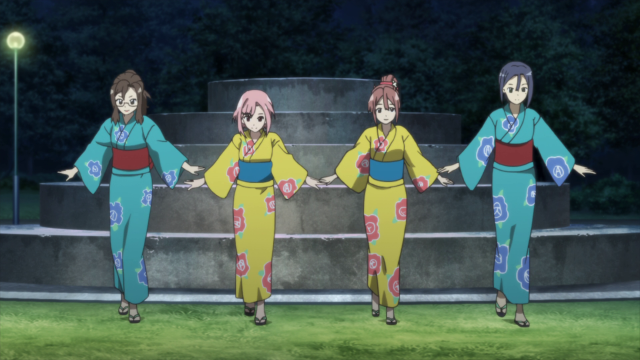 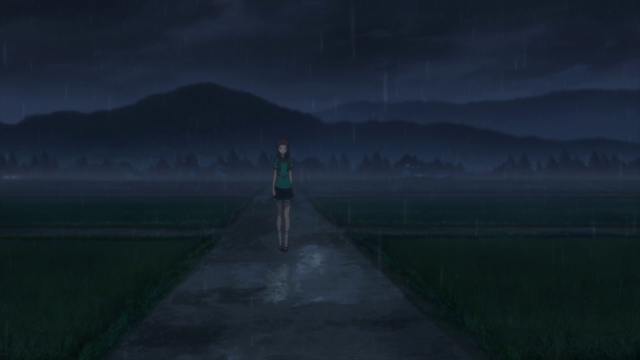 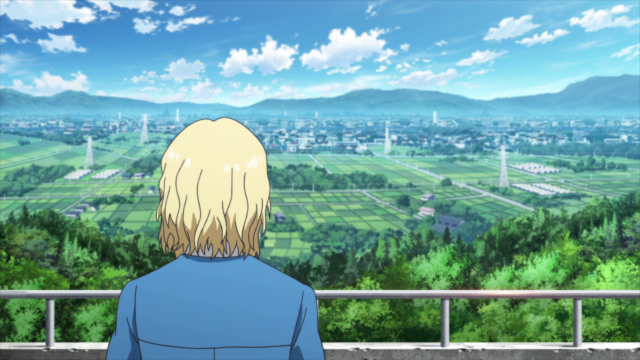 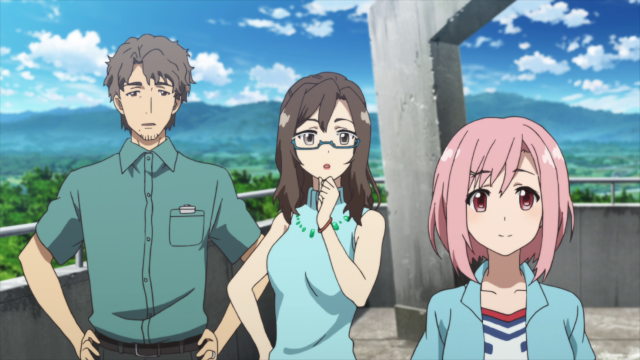 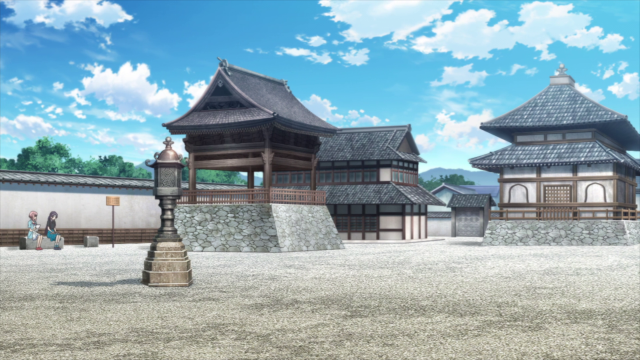 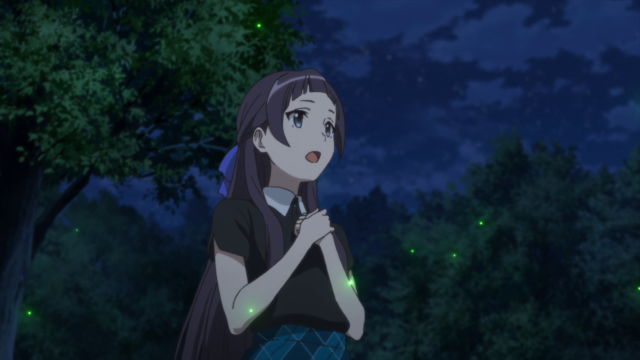 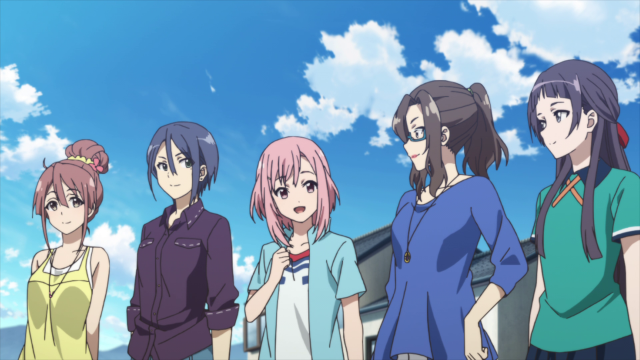 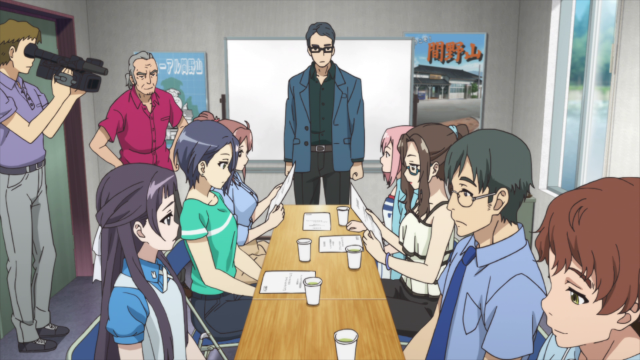 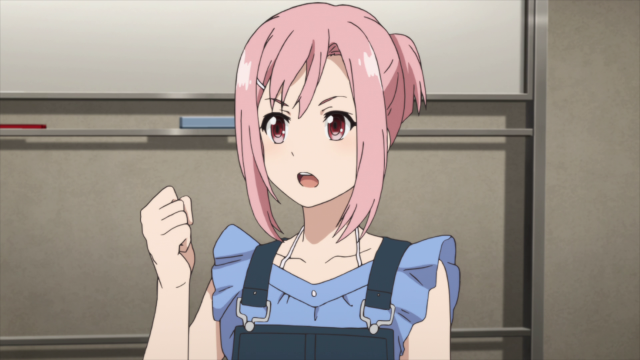 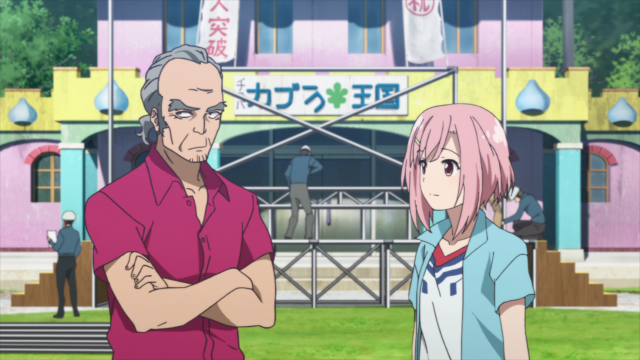 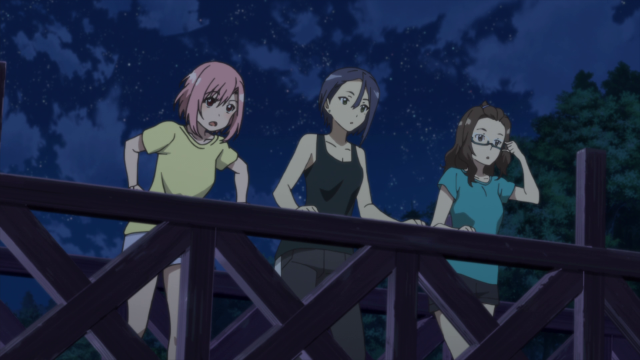 It should not be surprising that I am enjoying Sakura Quest the most out of any of the anime this season. With its character development, stunning artwork and a highly relatable narrative, Sakura Quest represents a triumphant return of P.A. Works – with the exception of Angel Beats! and Nagi no Asukara, I’ve long felt their work and slice-of-life anime to be the strongest. Incorporating genuine social issues into the narrative is also a fantastic touch that elevates the anime’s authenticity: whether it be the community dynamics of a smaller town overarching in the anime or something as simple as why haikyo come about, Sakura Quest is faithful towards occurrences in the real world. This is something that Shirobako and Hanasaku Iroha excelled in depicting. Sakura Quest is following its predecessors in execution, and it’s difficult to find any strikes against this anime – even the more critical of viewers are enjoying Sakura Quest. Each episode has been enjoyable to watch thus far, and having passed the halfway point, Sakura Quest appears on track in its the quest to continue captivating its viewers. With its honest but colourful depiction, it might be more appropriate to consider not whether or not Yoshino and her colleagues can Make Manoyama Great Again℠, but rather, the route that they take to get there and what changes Yoshino’s time in Manoyama will have on her, those around her and the town as a whole.

2 responses to “Sakura Quest: Review and Reflections at the Halfway Point”