“The courtesy of your hall is somewhat lessened of late, Théoden King.” —Gandalf, Lord of The Rings: The Two Towers

After three episodes, I noted that it would be interesting to see where Saekano ♭ was headed, and what outcomes awaited Blessing Software. Pushing towards their deadline, Utaha and Eriri are pushed to their limits as they work in a new character route, as well as the attendant artwork. The endeavour leaves Utaha exhausted and pushes Eriri to illness, although the culmination of their efforts is a warm reception at the Winter Comiket. Despite being unable to properly package their game for distribution, folks who buy the game finds much of it a pleasant surprise. Prompted by Iori to continue, Tomoya plans to develop another title, but finds Megumi growing more distant from him, learning that she’s feeling shafted by the attention Tomoya and Eriri have received from him during their development cycle despite all they’ve been through. Even as he attempts to make amends, Utaha and Eriri receive offers from Akane Kousaka, a manga artist working for a major game developer. Torn between Tomoya and their own futures, Eriri and Utaha choose their careers, leading them to work on a triple-A title away from Tomoya. Meanwhile, Tomoya goes on a date with Megumi and later sees Utaha and Eriri off to wish them the best in their pursuits. When their third year starts, Tomoya is shocked to see Izumi as a student at Toyogasaki Academy. This brings Saekano ♭ to an end, and admittedly, it was quite surprising to see things wrap up so quickly. One of this season’s more interesting anime, Saekano ♭ has been met with positive reception overall for its wit and propensity towards a more natural direction, as well as for its self-referential humour in continuing from Saekano.

Saekano ♭ is consistently inconsistent, turbulent and even self-contradictory at times. The characters’ conversations suggest an understanding of the value of artwork and what drives fiction, and yet, the characters themselves occasionally succumb to the same clichés they disparage, acting in ways that would seem irrational considering their self-awareness. These elements, long considered to be detractors in an anime, serve a critical role in Saekano ♭: they are present not because of any inadequacies from author Fumiaki Maruto, but rather, to paint Saekano as a satire of the harem genre and its associated tropes. Irony and exaggerations of the situations Tomoya finds himself in, accompanying his seeming disinterest in a real-world relationship, serve to illustrate the ridiculousness of the genre’s features as a whole. Whether it be the lengths that Utaha goes to in an effort to seduce Tomoya, or her sparring with Eriri on what constitutes art, it is clear that Saekano is well aware of tired conventions in this genre, shaking them up and simultaneously critiquing them in an anime where romance is secondary to poking fun at the sort of antics that typically are found in other anime of this class. By all counts, Saekano and its successor, Saekano ♭ succeeds as a satire to the entire genre, framing it around Tomoya’s desire to create a love story despite having only rudimentary understanding of how love works from a fictional perspective: anime that take the genre seriously often come across as falling short or derivative, and as such, Saekano ♭ offers an uncommon and refreshing take on things to show what might happen if such stories integrated real-world variables into their progression. 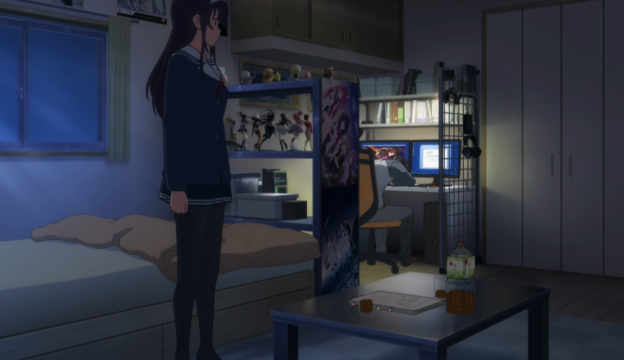 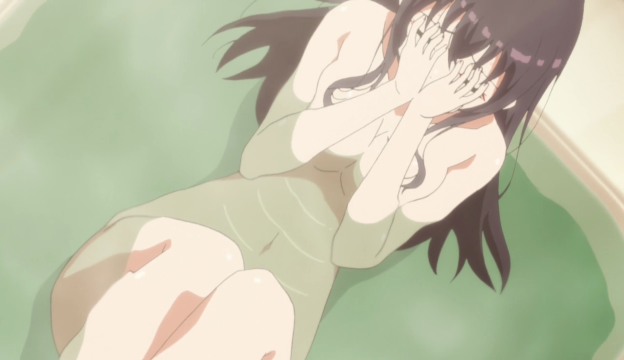 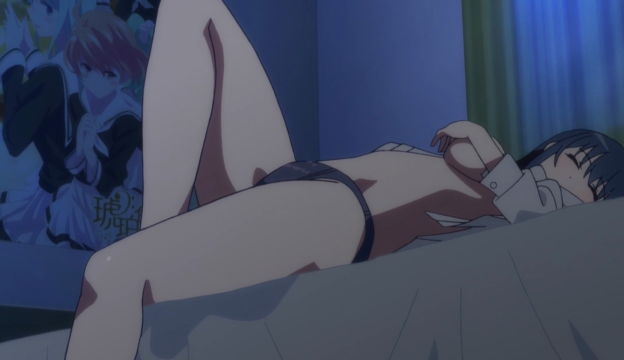 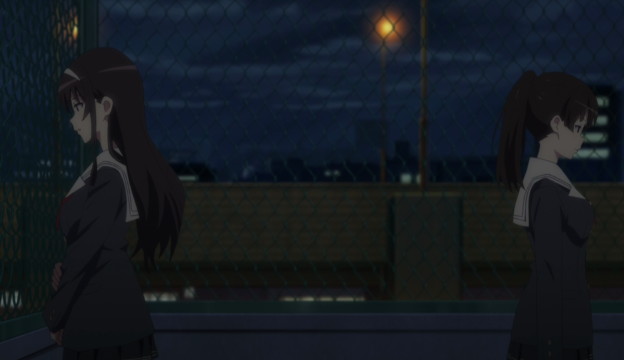 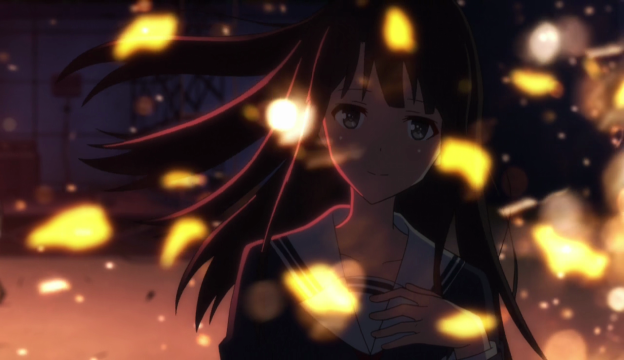 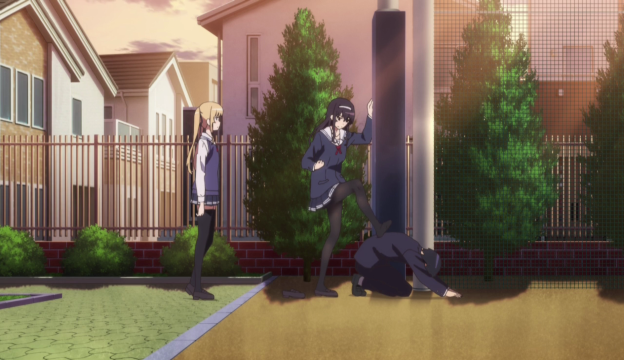 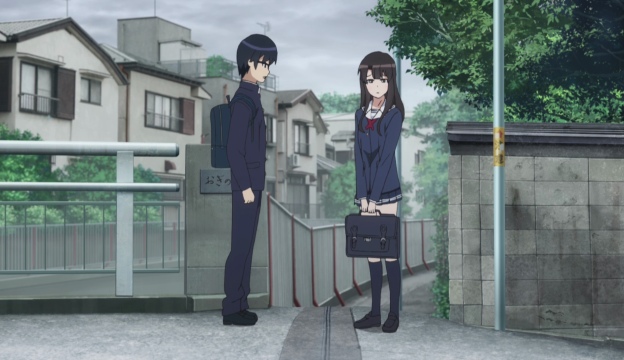 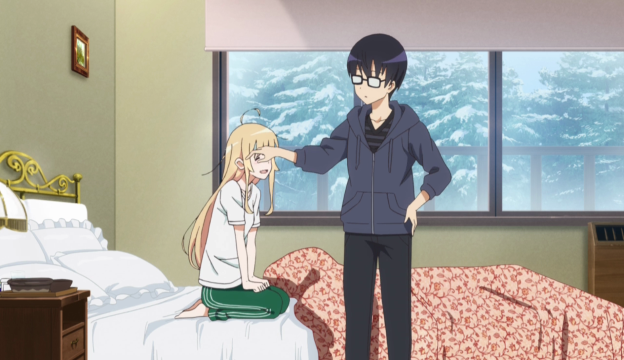 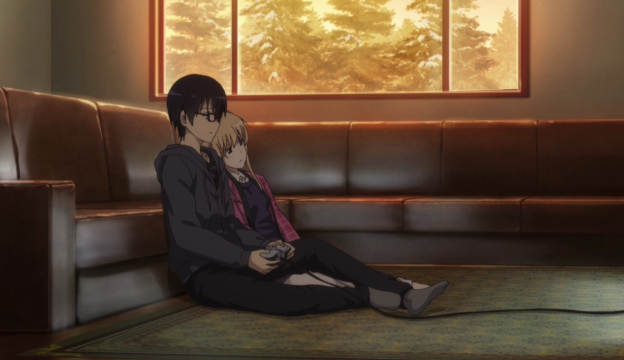 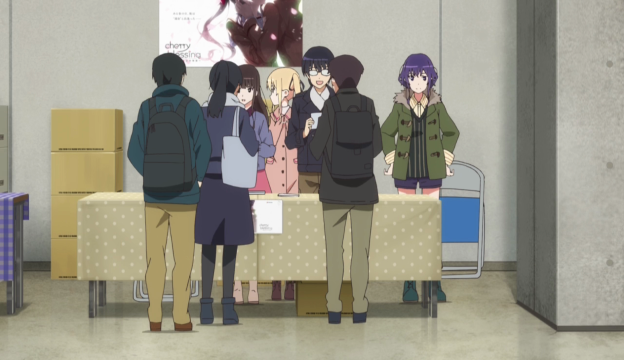 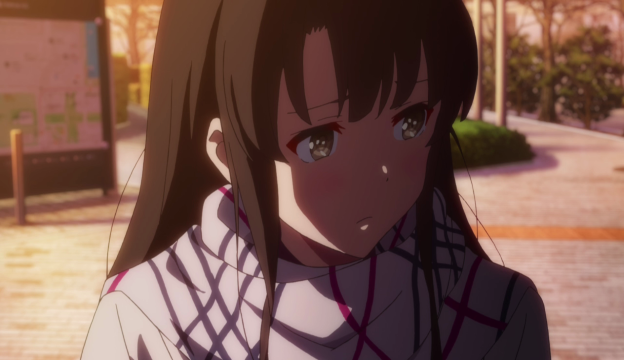 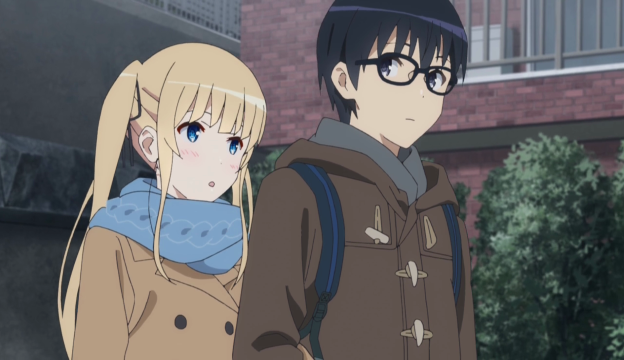 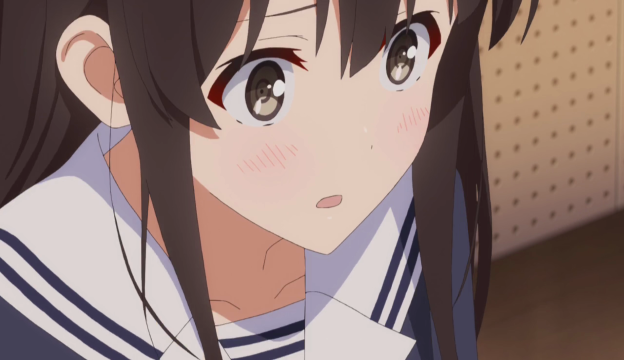 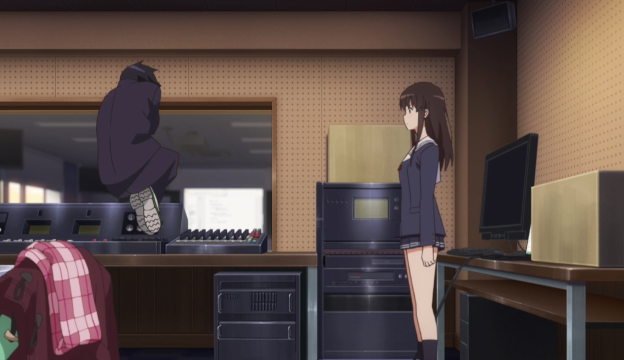 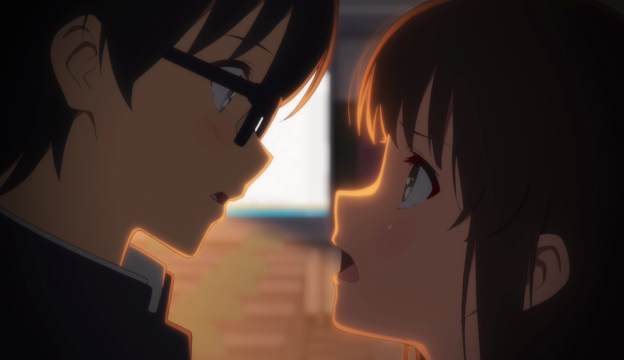 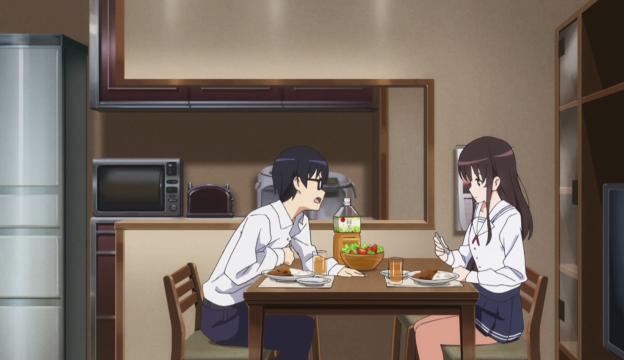 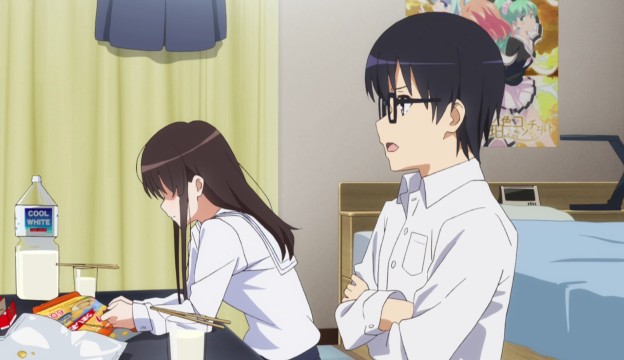 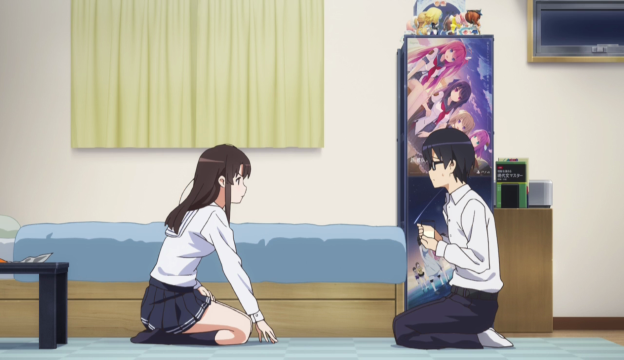 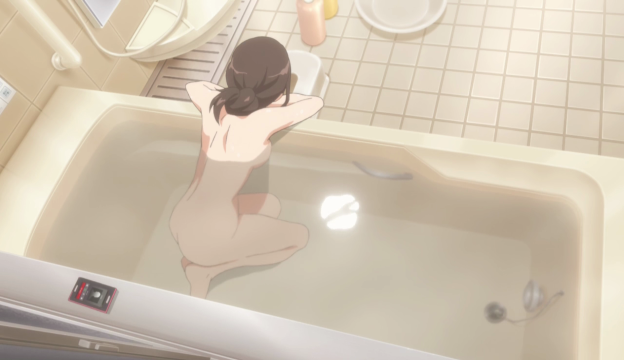 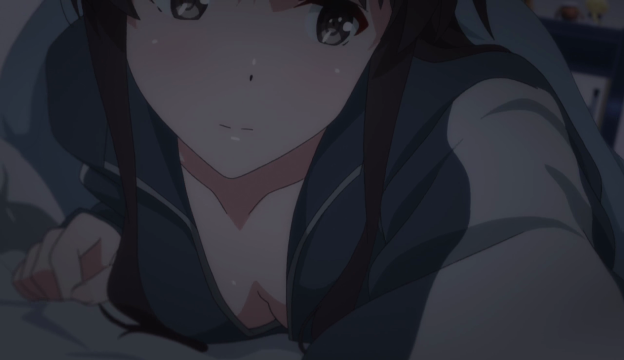 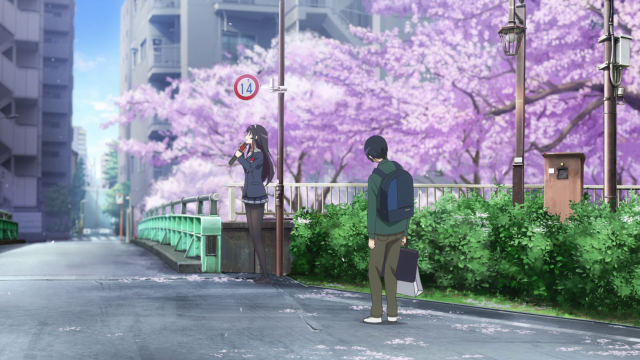 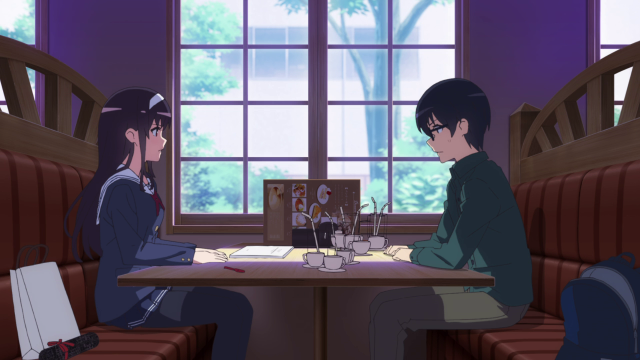 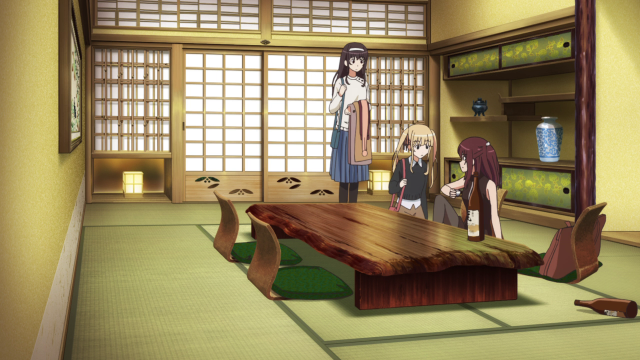 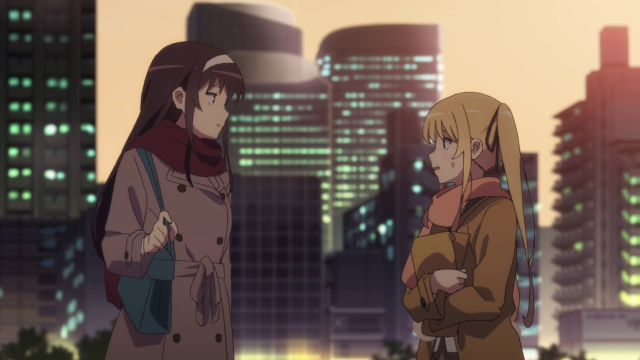 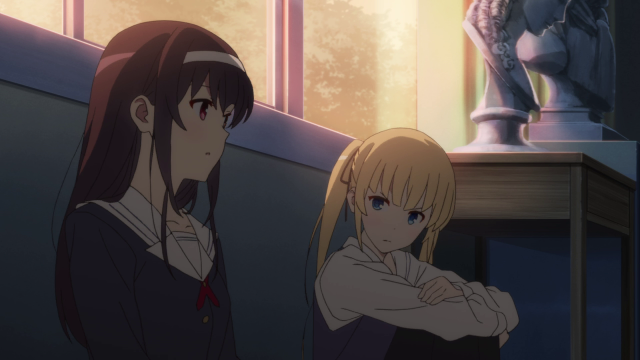 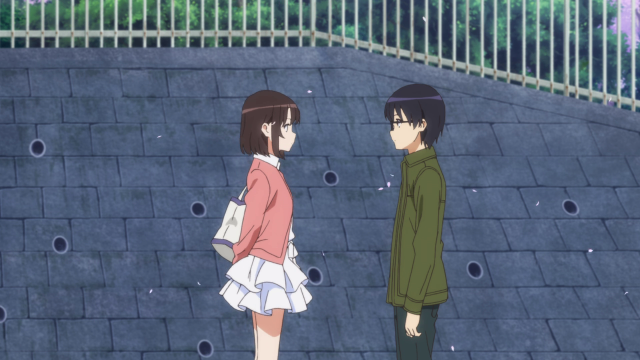 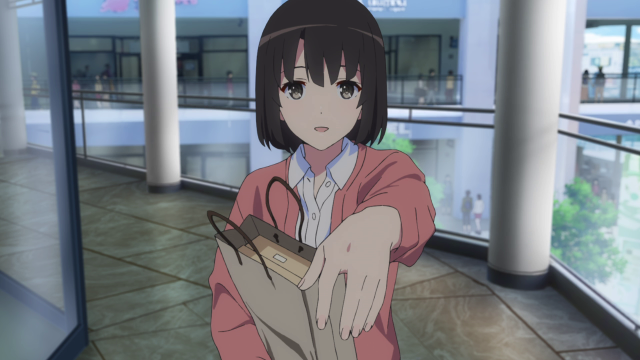 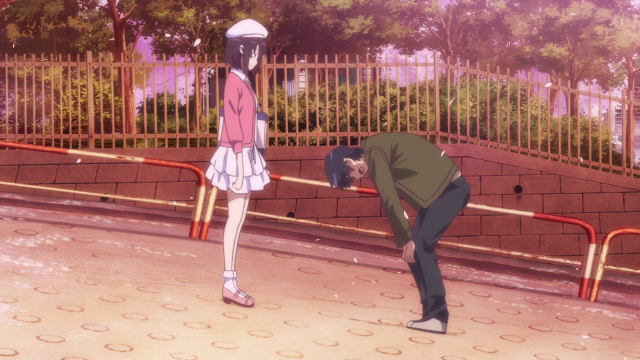 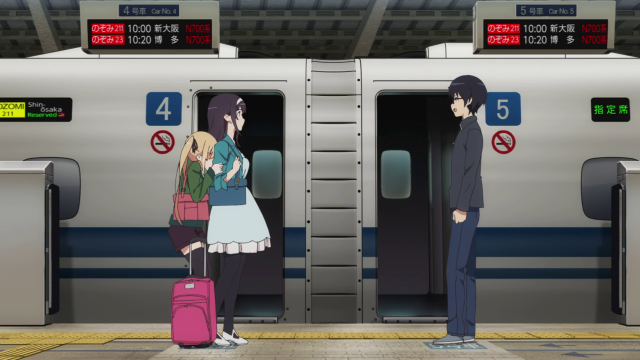 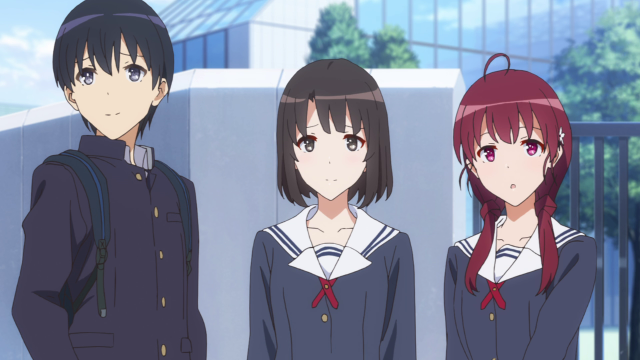 Ultimately, Saekano ♭ earns a recommendation – entertaining to watch for its colourful cast of characters and their eccentricities,  the narrative feels as though it was carefully scripted to accommodate drama and satire to maximise its impact. Although the monologues and rants detract from the story and flow, they are fortunately rarer in Saekano ♭ – the author’s channeling of their own experiences and beliefs about art represents only a singular view on creativity, and one that might not be necessarily correct. Creativity can take many different forms and approaches, with no single algorithm or outline for defining what makes something great. As such, when Tomoya remarks that natural characters and their growth alone make a game worth playing, I look to that as being only one approach: in my books, the best games provide an experience that leads the players to pose questions about what they know or uncommonly good immersion. For instance, Deus Ex: Human Revolution challenges players to consider the role of technology in society, while Alien Isolation forces players to experience the same fear that Ripley does aboard Sevastopol Station. Certainly, my views and Tomoya’s (by extension, Maruto’s) differ quite substantially. Overall, with its satirical elements directed against genre-wide clichés and its clever inclusion of fanservice, Saekano ♭ proved to be an entertaining watch that consistently defies convention and provides the viewers with genre-defying twists to remind them that events of classical harem anime will be confined strictly to the realm of fiction.