2 Comments Posted by infinitezenith on July 8, 2017

“Let’s optimise for player experience rather than what we think will make more money.” —Ron Carmel

A year has passed since Aoba began working for Eagle Jump, and she wonders if there will be any new hires this year. While there are none, Kō and the others plan a hanami. Nene later meets up with Umiko to gain some insights into programming, confiding in her that Aoba’s inspired her to take up development of a simple game. Rin and Shizuku later interview each of their employees to gain their insights over their past year, and at their hanami, Shizuki announces a character design contest for their next project. A year has also elapsed in the real world – I was just starting out last year, and a year later, while I can’t quite say I’m a Swift 3 wizard, I am becoming at least a little more familiar with app development and project management. It’s most welcome to see New Game!! continue with its depiction of a highly fictionalised game studio; being a Manga Time Kirara adaptation, New Game!! is characterised by its light-hearted, humourous portrayal of an industry that is brutal and unforgiving in reality. Like its predecessors, the first episode to New Game!! is unsurprisingly easy-going, driven by comedy. Old characters are brought back to the forefront as the episode acts to give audiences a refresher on who everyone is, and with the old crew back in full force, New Game!! opens the stage for introducing new characters.

Like GochiUsa and Kiniro Mosaic before it, New Game!! opens its second season by re-introducing the characters that made their first seasons so enjoyable: even if the characters are memorable, a year’s passage means that some of their best moments may not be so readily recalled. As such, by placing familiar characters in novel scenarios that allow them to bounce off one another, audiences are immediately reminded of what had made the first season so enjoyable while simultaneously increasing their anticipation for what is upcoming. In New Game!!, it is welcoming to see Aoba and Kō set out on their next journey as game artists, and similarly, the seeds are sown for Nene’s interest in game development, as evidenced in her meeting up with Umiko to learn more about C++. Character interactions, being the core of Manga Time Kirara works, drive virtually everything in such anime, and one of the strongest aspects about second seasons are that they allow different characters, whom have had limited interactions insofar, to interact with one another. The end result is the creation of a much more dynamic cast: different personalities can draw out different responses and facets to the characters to really bring them to life. This is something that both GochiUsa and Kiniro Mosaic excelled at, and it will be exciting to see how New Game!! will bring new characters into the fold while further developing the existing cast. 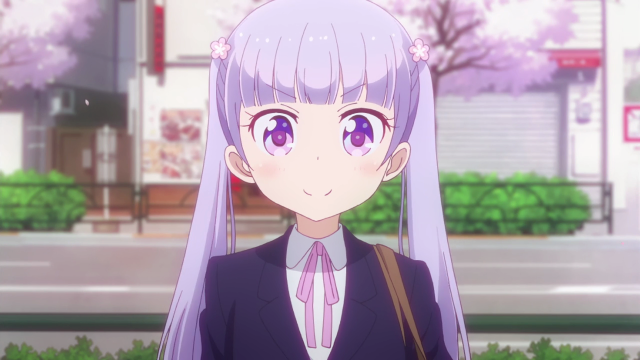 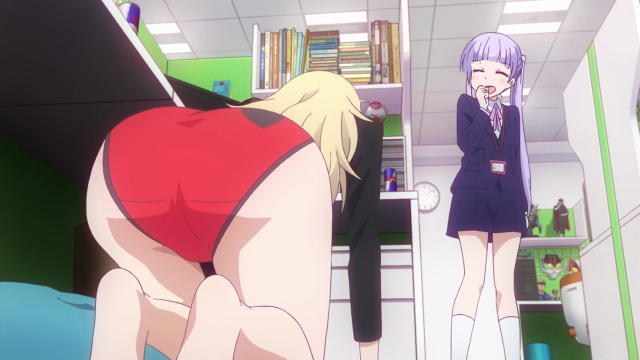 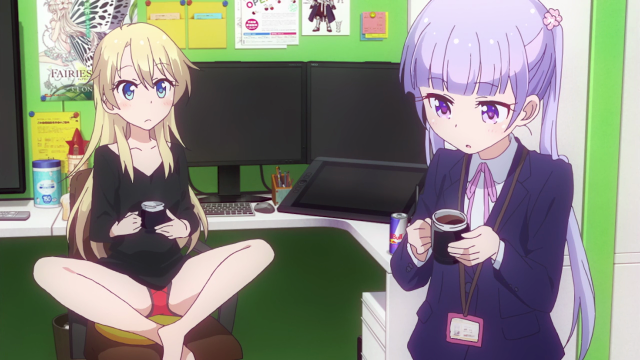 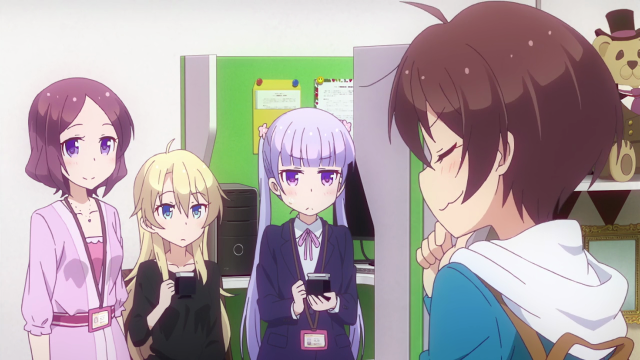 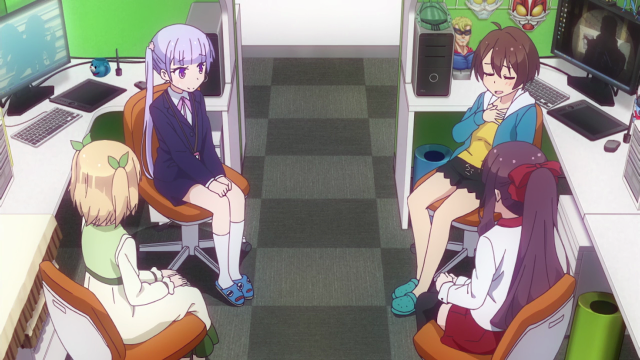 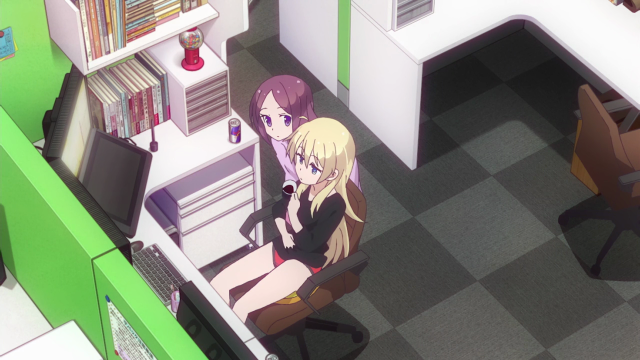 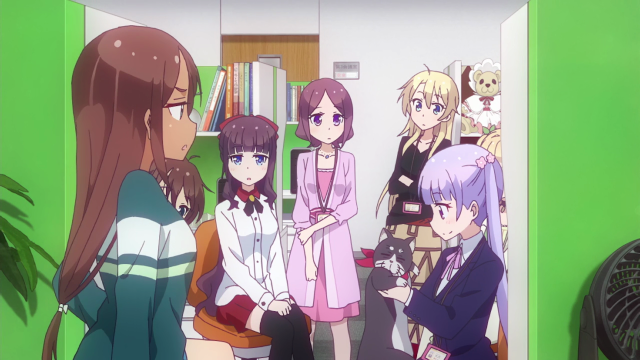 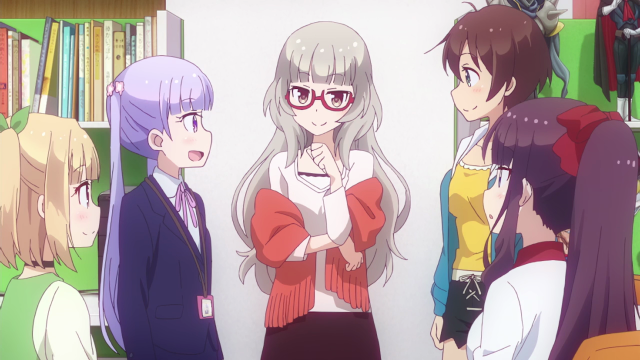 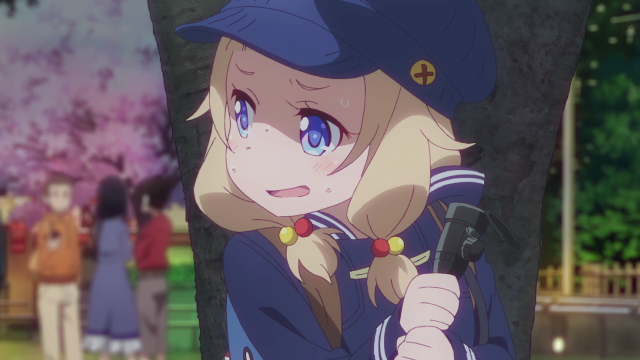 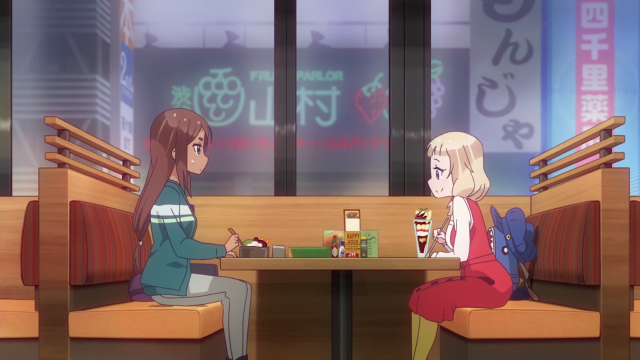 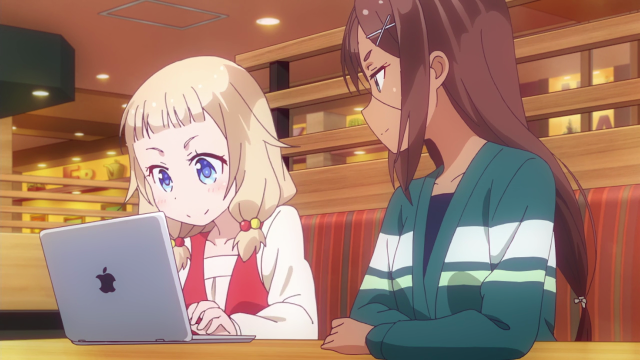 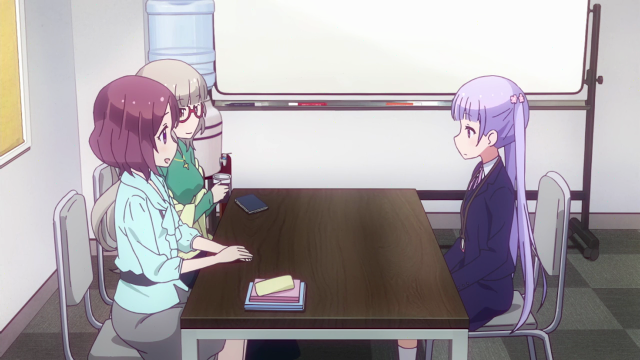 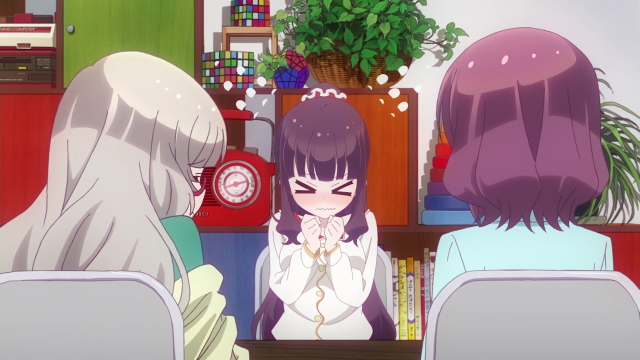 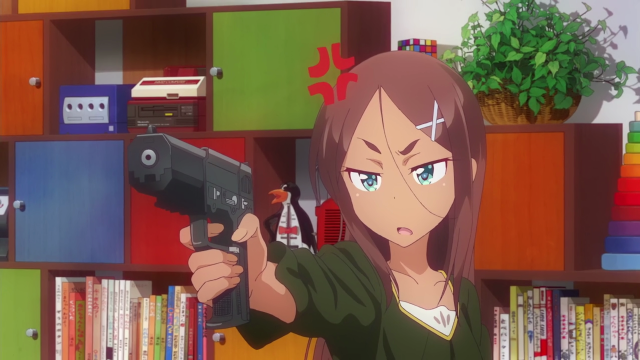 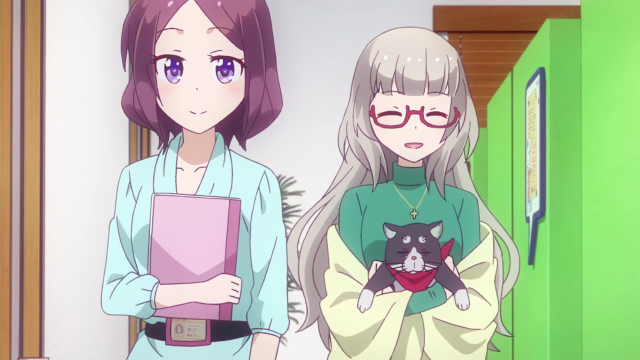 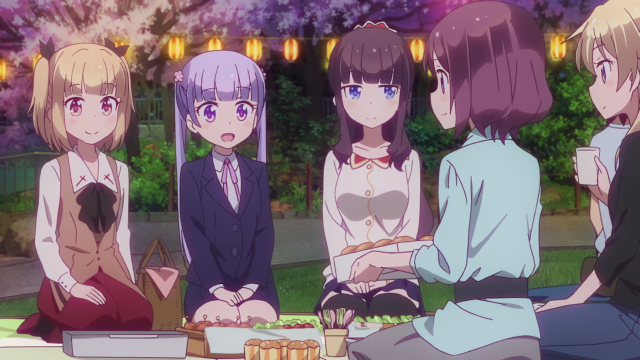 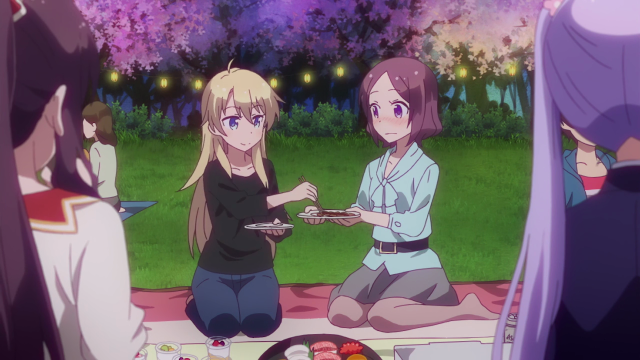 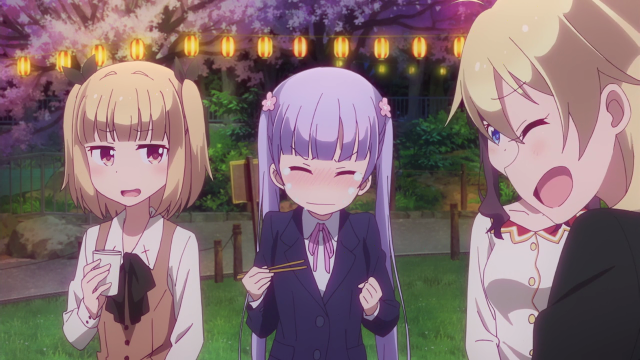 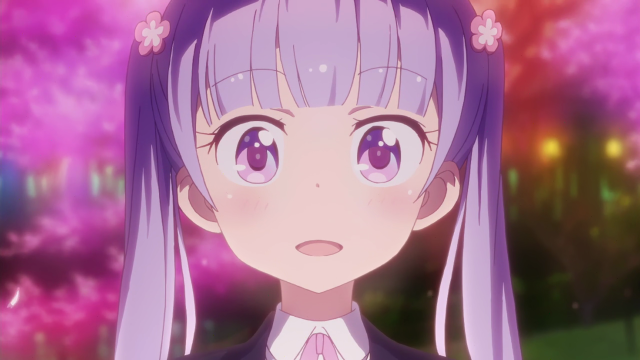 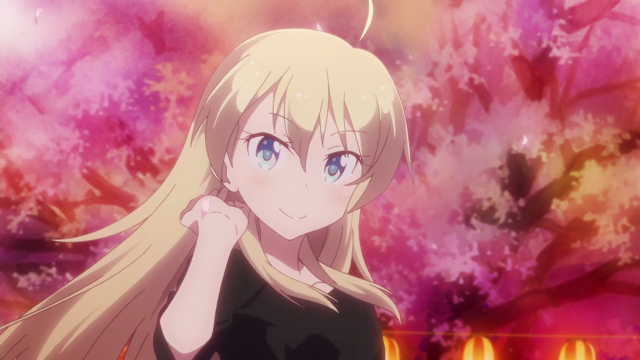 One of the elements that I found surprising about New Game! was not the anime itself, but the severity that some fans regarded the series with, whether it be the nature of the computer hardware used at Eagle Jump, how realistic the depiction of AutoDesk Maya is or whether or not New Game! was an effort to glamourise overwork and unreasonable hours in light of deadlines. While undoubtedly relatable for some viewers, who are similarly working in technology or innovation-related fields, the fact is that New Game! is a Manga Time Kirara adaptation and consequently, intended to entertain rather than be an accurate depiction of reality. It is a rose-coloured view of the industry intended to evoke a few laughs, with numerous creative liberties taken so characters can bounce off one another. In this role, New Game! is immensely successful – the things that made season one so entertaining make a return in the second season’s first episode, and looking ahead, it will be exciting to see what directions New Game!! will take. The first episode is set for broadcast on July 11, and I will be following this one quite closely, as I did a year ago when New Game! first aired.

2 responses to “New Game!!- A preview of season two”