Is The Order a Giant Walkthrough Brain?: On the use of setting to immerse users in virtual spaces

3 Comments Posted by infinitezenith on August 4, 2017

“An author knows his landscape best; he can stand around, smell the wind, get a feel for his place.” ―Tony Hillerman

The construction of neurosurgeon Joseph Bogen’s “Modest Proposal” for a Giant Walkthrough Brain museum into a special performance that was one part musical and one part science lecture during 2014 represented a pivotal milestone for game engine environments: built for the Beakerhead 2014 performances, the Giant Walkthrough Brain utilised the Unity game engine to present a virtual space that augmented Jay Ingram and his band’s performance. By providing 3D visualisations of the locations within the brain, audiences immediately connected with the different areas of the brain and their attendant stories, following figures in brain history ranging from Phineas Gage to Auguste Deter. By all counts, the Giant Walkthrough Brain was an absolute success. From Jay Ingram’s first performance at the Banff Center in July, to the flagship showings at Beakerhead and several subsequent performances, The Giant Walkthrough Brain opened to a sold-out audience. The software infrastructure designed for The Giant Walkthrough Brain would be utilised extensively in one of my colleague’s Master’s project, and principles would later be adopted towards my own thesis work. There is no denying that The Giant Walkthrough Brain has had an impact on a great number of individuals: it is a powerful example of applying computer science in a community setting through presenting scientific talks in an approachable manner. What is perhaps surprising, then, is that some of the design elements of The Giant Walkthrough Brain parallel those found in 2014’s Gochuumon wa Usagi Desu Ka? (GochiUsa for brevity). While a seemingly far-fetched comparison, there remains the fact that I directed the design development of the application and navigation tools that would eventually become integral towards building a virtual world that helped to guide audiences on a journey of discovery.

The element from GochiUsa that made its way into the Giant Walkthrough Brain that these two unrelated works share is the attention paid to details. In GochiUsa, I noted that the first season’s charm was primarily in its exceptional setting: the town Cocoa finds lodging and friendship in is modelled after Colmar of France, and the animators had taken great pains to ensure that the cityscapes were authentic. From the design of timber-frame buildings to cobblestone streets and gas lamps, the town of GochiUsa presents an idyllic environment for Cocoa and the others to explore. It creates a sense of immersion and uniqueness that really draws in viewers; in fact, the first season proved quite distinct from any slice-of-life anime I’d previously watched, and in retrospect, it is not unreasonable to say that the town in GochiUsa‘s first season was a living, breathing entity as prominent as any of the characters. It is not until the second season that the characters begin coming into the spotlight to present a tangible narrative, and consequently, when I finished watching GochiUsa, I began looking at the architectural and design elements that made the first season such a pleasure to watch and applied the principals towards displaying 3D spaces of a virtual brain. GochiUsa succeeded because of its commitment to a consistently authentic environment, and so, I strove to ensure that the tools and logic implemented into the Giant Walkthrough Brain was similarly consistent in creating an authentic guided museum tour. The pre-set paths were carefully placed to give the sense of walking along a walkway or taking an elevator. Transitions between different scales were scripted, reducing the abruptness of moving from the brain into a synapse where neurotransmitters could be seen. A minimap provided audiences with constant context of where in the brain a story happened, and I used Unity Pro’s powerful functions to construct a system that allowed The Giant Walkthrough Brain to double as a slideshow for both images and video. Much like how GochiUsa creates a compelling European town’s historical district, the end result for The Giant Walkthrough Brain was a visualisation tool that really enabled audiences to feel as though they were moving through a vast brain museum that Joseph Bogen had envisioned fifty years previously: seven consecutive sell-out performances speaks volumes about as to whether or not the learnings from GochiUsa were successfully applied to The Giant Walkthrough Brain. 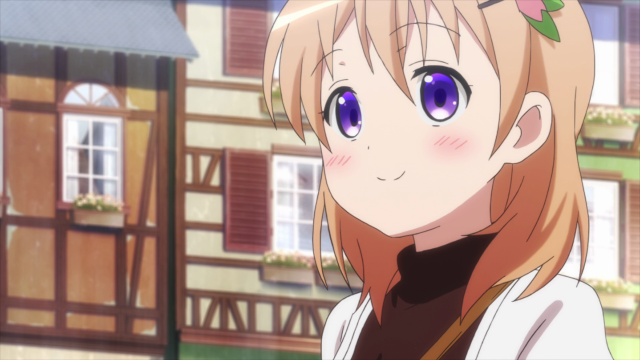 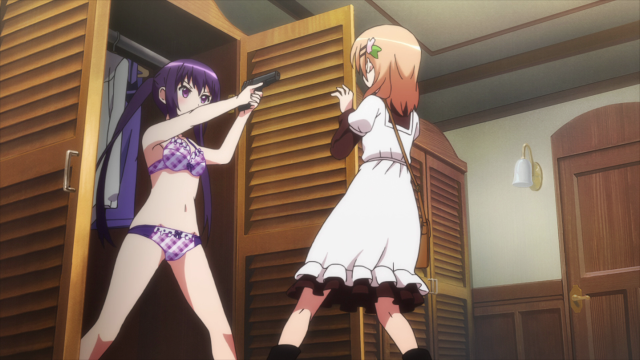 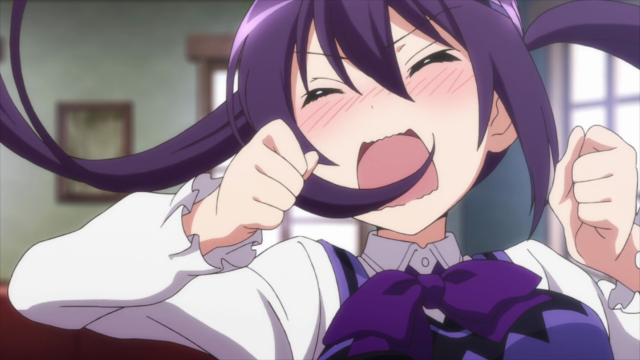 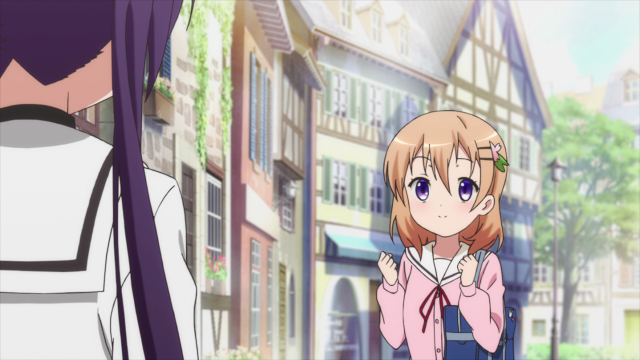 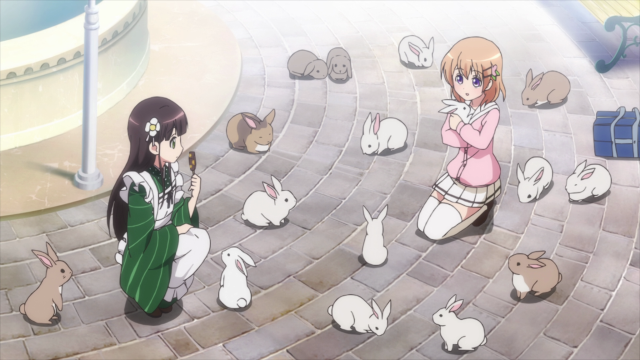 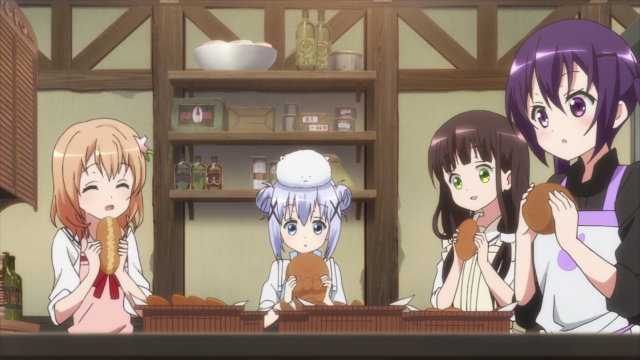 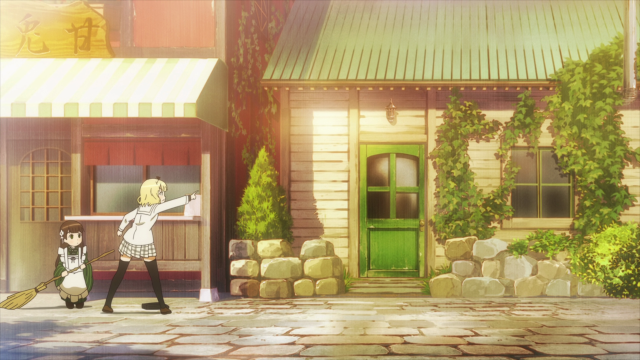 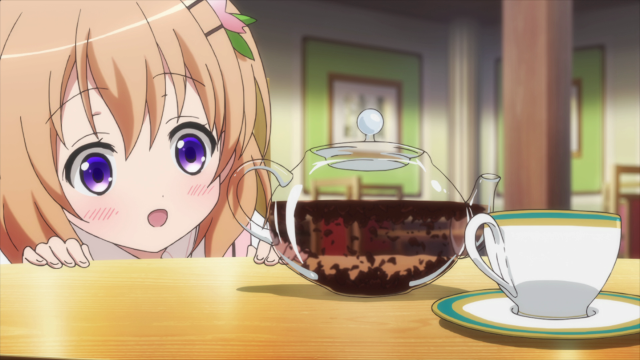 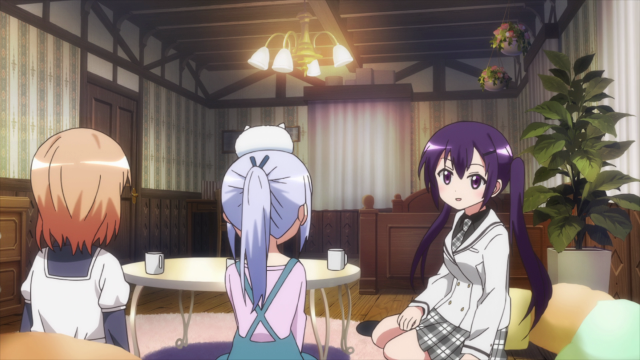 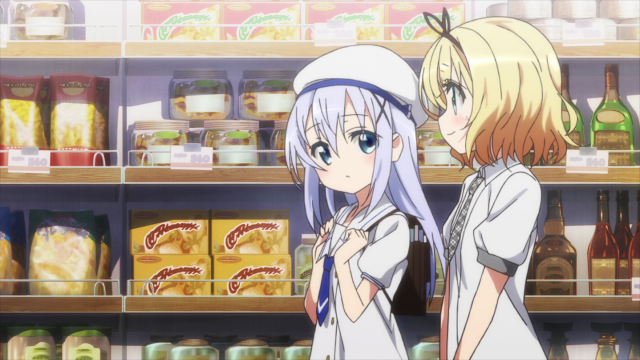 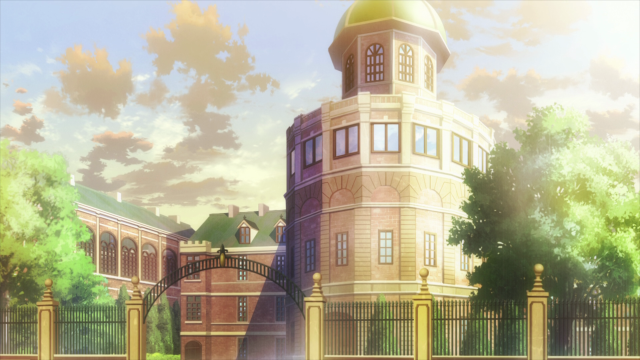 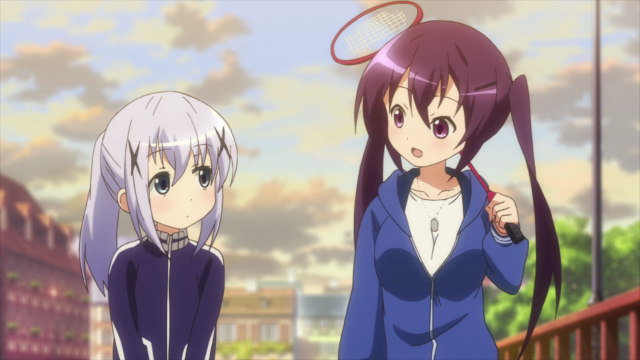 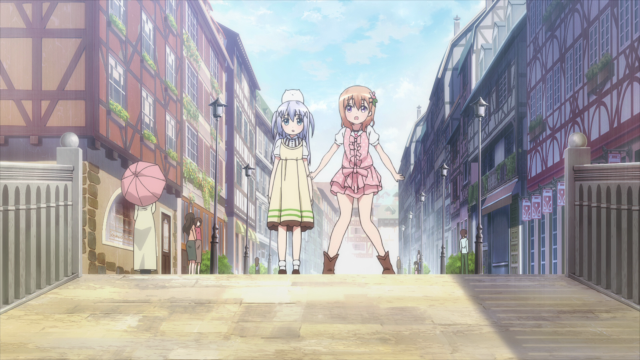 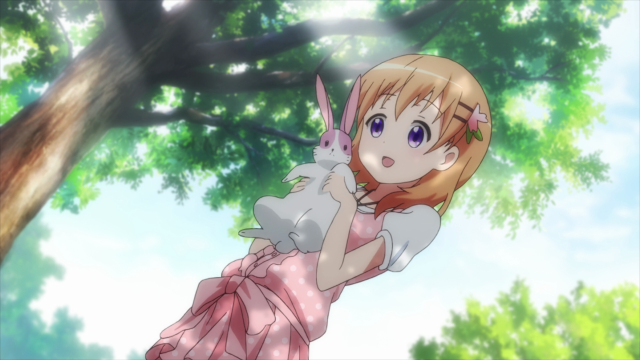 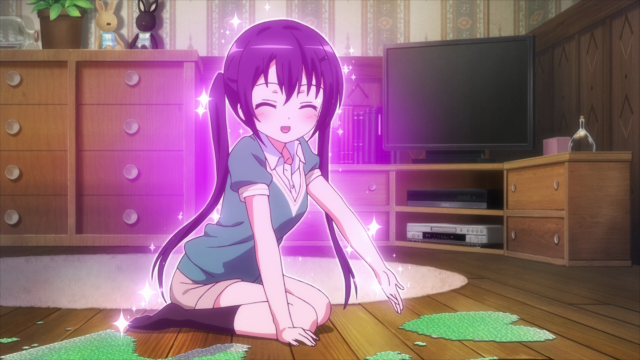 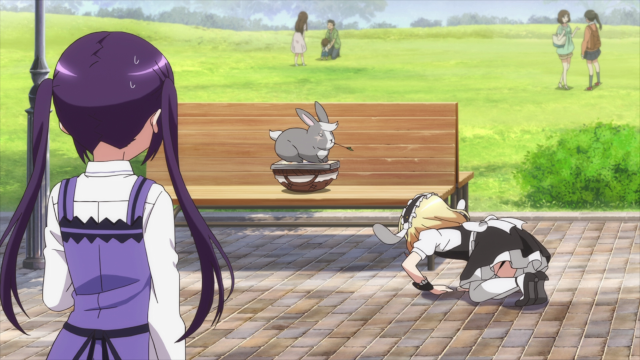 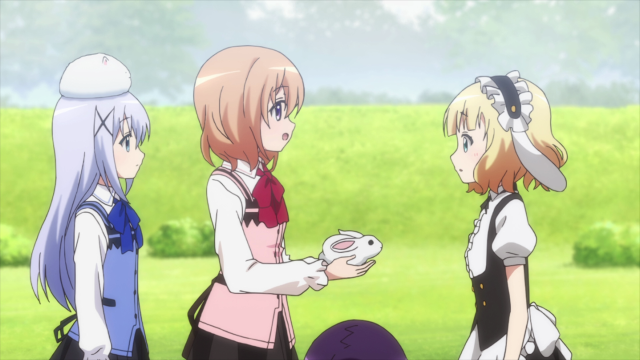 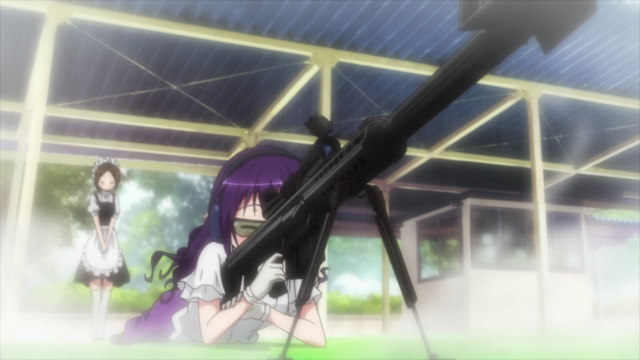 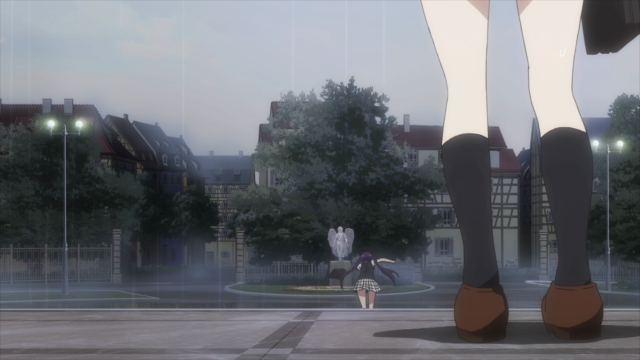 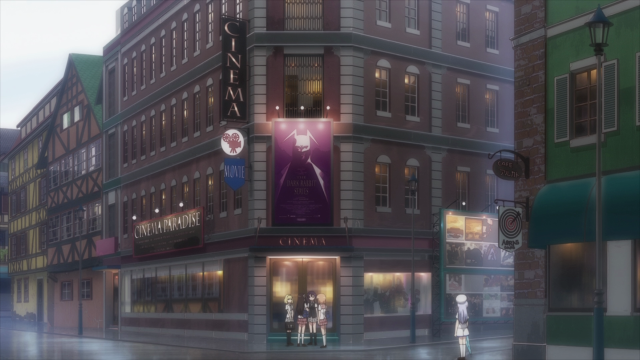 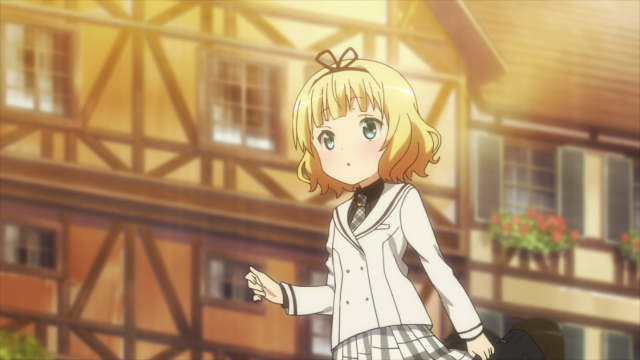 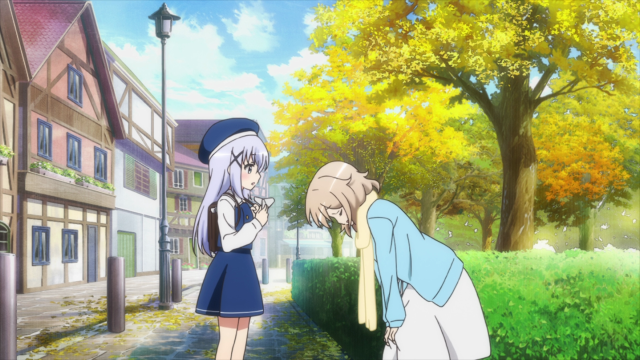 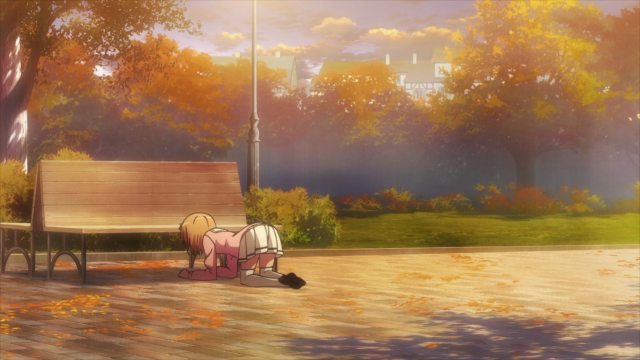 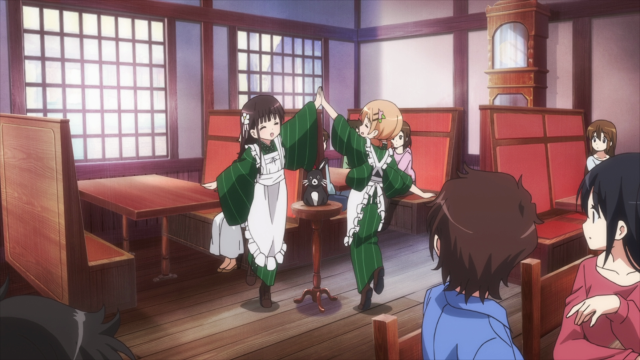 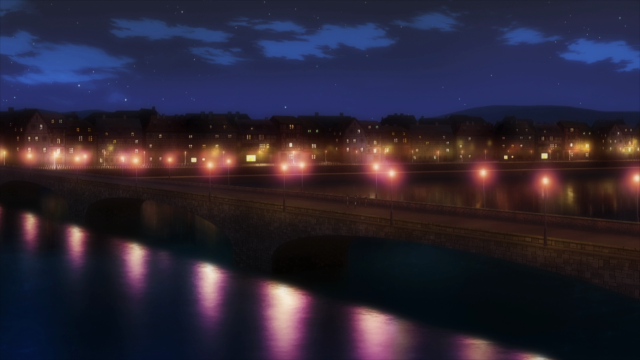 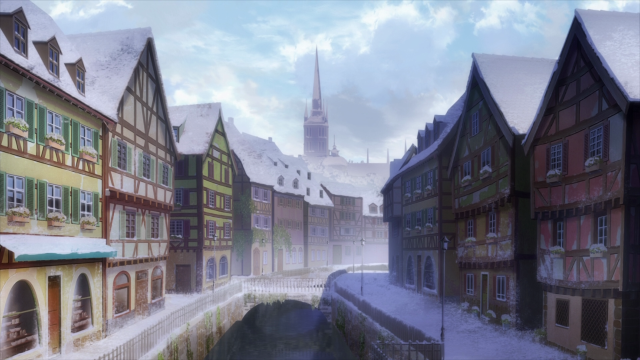 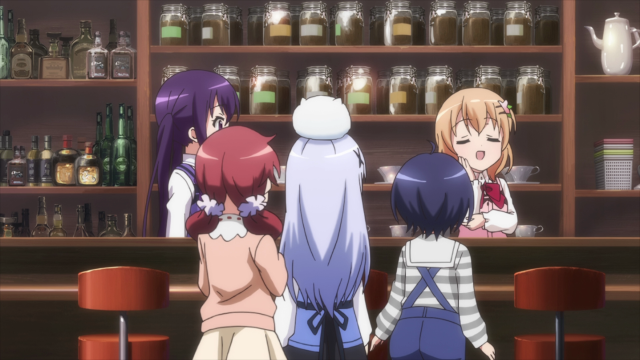 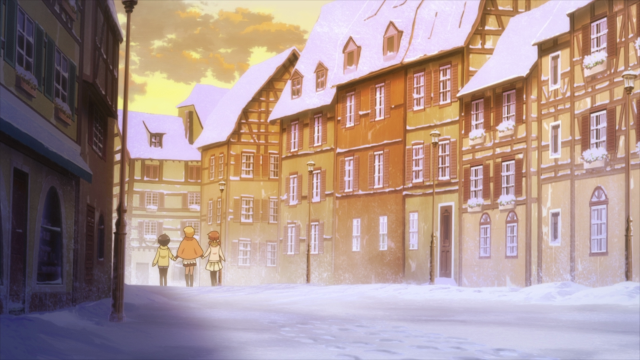 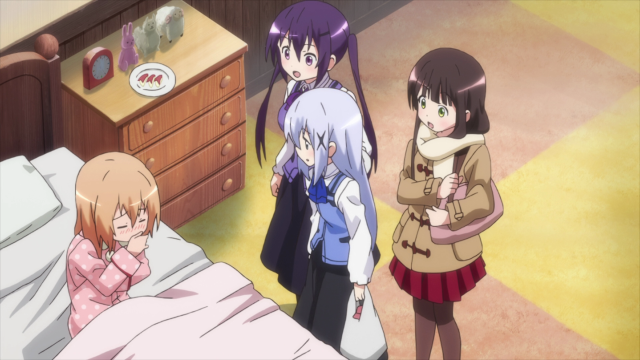 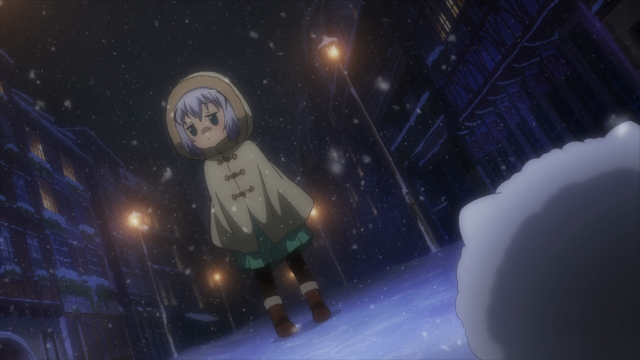 I originally concluded GochiUsa‘s first season was enjoyable for its portrayal of a calm, cheerful life in a European-style town but otherwise had very little to say about the characters and their experiences. In GochiUsa‘s first season, the setting ended up being the star of the show – it was not until the second season where the characters really began to shine. However, as the star of the first season, GochiUsa‘s intricate, consistently high-quality and authentic setting contributes substantially to the immersion that the first season was able to confer. As a slice-of-life anime, this set GochiUsa far apart from other shows of this genre that I’d seen previously, and it continued to hold my interest long after I finished the final episode a month before The Giant Walkthrough Brain’s opening night at the Banff Centre. The reason why GochiUsa is so successful is because its first season was able to capture the feeling of an old town consistently to create a place that is inviting and friendly. The Giant Walkthrough Brain likewise makes use of visuals in order to create a very specific image of the brain to maintain the audience’s attention. By fully capitalising on the visual elements to evoke a particular feeling or impression, both The Giant Walkthrough Brain and GochiUsa make the most of their respective formats to immerse audiences into another world – it is this immersion that my old supervisor aims to capture in biological visualisations, although I would imagine that Jay Ingram, his band, my colleagues and supervisor would be a bit surprised to learn that some of the design choices I imparted into The Giant Walkthrough Brain come from an anime with bunnies. I say surprised, but not displeased; these are very open-minded people, and I was able to cite Rick and Morty in my thesis, after all.

3 responses to “Is The Order a Giant Walkthrough Brain?: On the use of setting to immerse users in virtual spaces”