The Story of Memories Made During the Promised Summer: Amanchu! OVA Review and Reflections

4 Comments Posted by infinitezenith on August 12, 2017

Futaba’s best friends from middle school, Akane and Chizuru, stop by Izu to visit her and Hikari. They enjoy a tour of Izu with Hikari and her grandmother. Akane and Chizuru notice a profound change in Futaba, who has become more confident and expressive since they’d last met. She cites Hikari’s influence as being what introduced this transformation, leading Chizuru to begin wondering if Hikari’s taken Futaba from them. Later, Futaba invites Akane and Chizuru on guided diving. Akane pairs up with Futaba, leaving Chizuru to go with Hikari. Midway into their dive, water pressure induces pain in Chizuru’s ears, but with instruction from Hikari, she manages to clear up and continue; after realising the wonders of the ocean, Chizuru reveals she was a little jealous of Hikari, but having seen Hikari’s helpful and friendly nature, finds that Futaba’s met the perfect friend. They promise to visit again in the future. Released back in March, the Amanchu! OVA represents a welcome return to the tranquil, cathartic world that Futaba encounters after moving from Tokyo; like its predecessor, the OVA continues with themes of friendship and growth as a result of complimenting personalities: the bold Hikari encourages Futaba to open up and enjoy the present, while the more reserved Futaba reigns in Hikari some to prevent misunderstandings. Thus, when Akane and Chizuru were introduced, the girls find they can get along as well as any friends, even in spite of Chizuru’s initial reservations. Simple, concise and enjoyable, the Amanchu! OVA encapsulates the very same elements that made the original anime so enjoyable. In this OVA, there is an additional element that proved to be a remarkably pleasant surprise.

This surprise took the form of Erino Hazuki and Chiwa Saitō taking on the voices for Akane and Chizuru, respectively. Best known as ARIA‘s Akari Mizunashi and Aika S. Granzchesta, respectively, Hazuki and Saitō bring into Amanchu! a piece of ARIA that is captured in both their voices, mannerisms and even their appearances: Akane is evidently influenced by Akari, and Chizuru draws heavily from Aika. Amanchu! is quite fond of the chibi artstyle, with Hikari and Futaba taking on very distinct traits whenever rendered in such a form. This convention applies to Akane and Chizuru, as well: each character is quite similar to their chibi counterparts in ARIA. When I originally finished Amanchu!, I had not finished ARIA‘s three seasons, but having done so now, I can conclusively say that beyond being immensely relaxing and enjoyable in their own rights, ARIA and Amanchu! cannot be compared to one another from a thematic perspective. Having said this, there are definitely numerous similarities that the two series share, a result of both manga being written by Kozue Amano. Elements from ARIA make their way into Amanchu!, whether it be the solid presence of cats, a focus on the subtleties in life or the gentle music accompanying scenes (in the anime): nowhere else in Amanchu! are these influences as evident as they are in the OVA. Altogether, the Amanchu! OVA, in depicting a memorable summer event for Futaba and her friends, also crafts a wonderful anime that is well-suited for watching during the dog days of summer, when the weather is a trifle too hot for being outside. 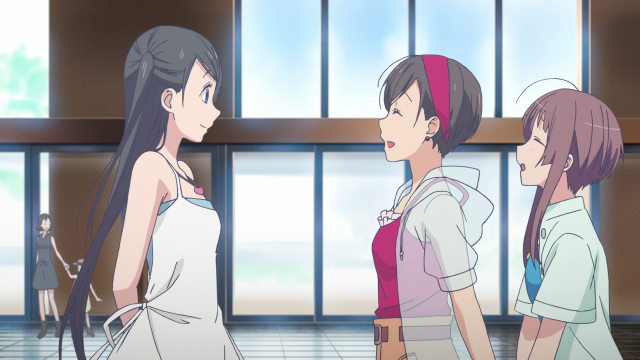 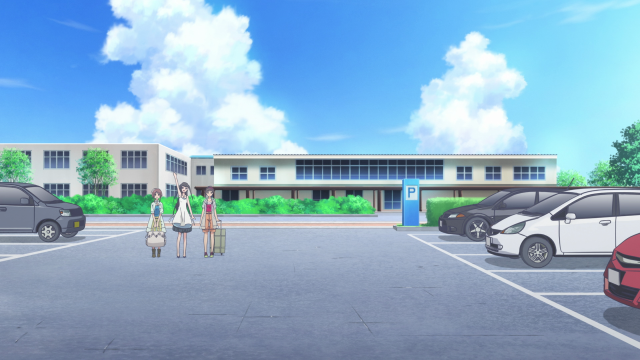 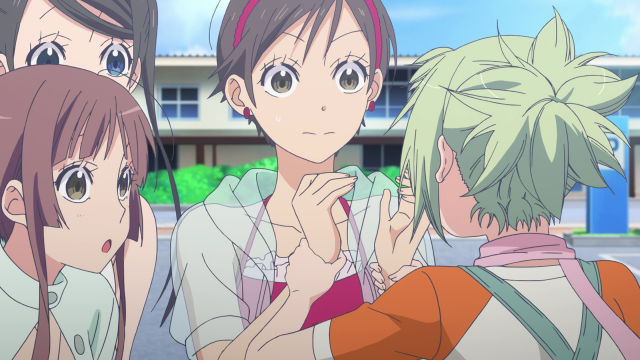 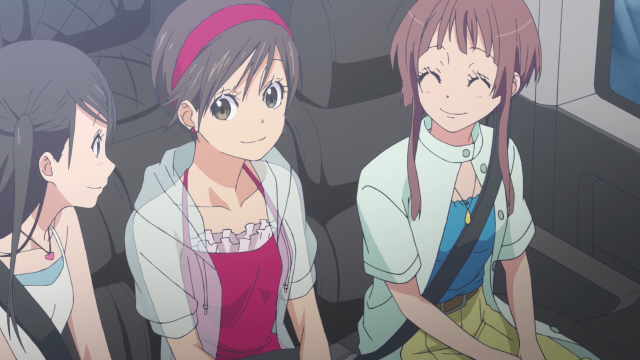 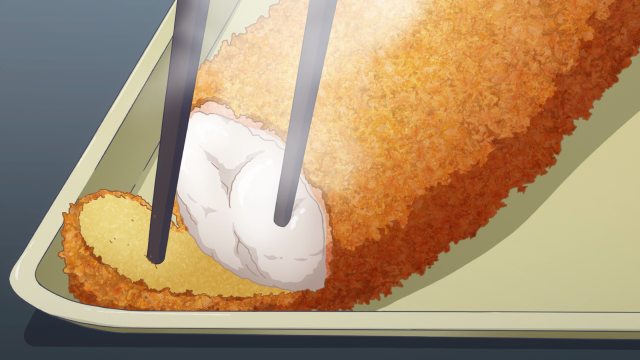 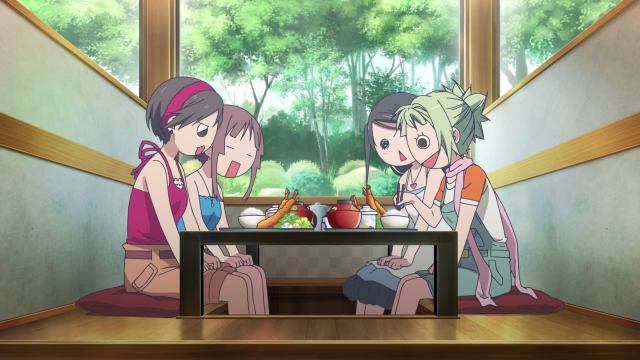 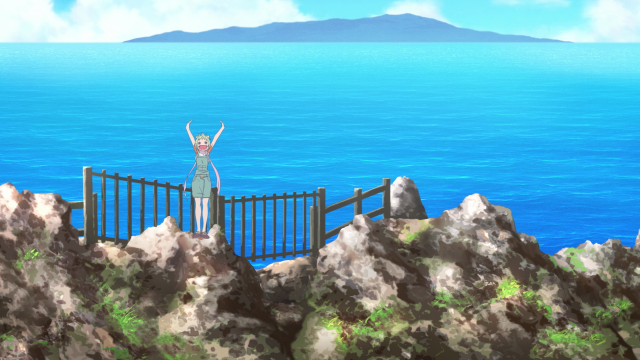 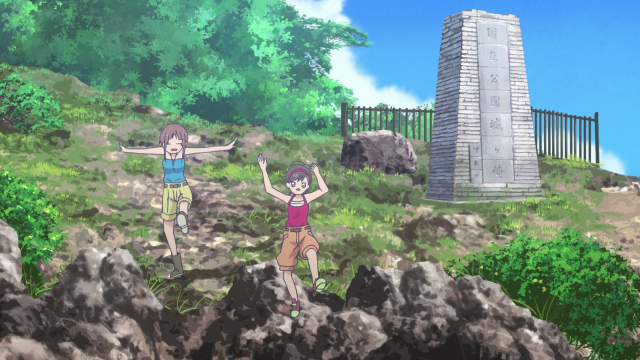 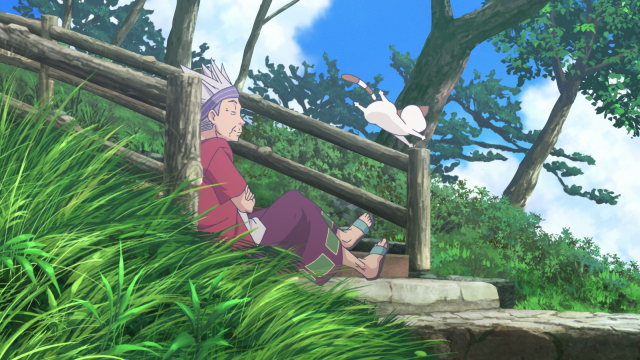 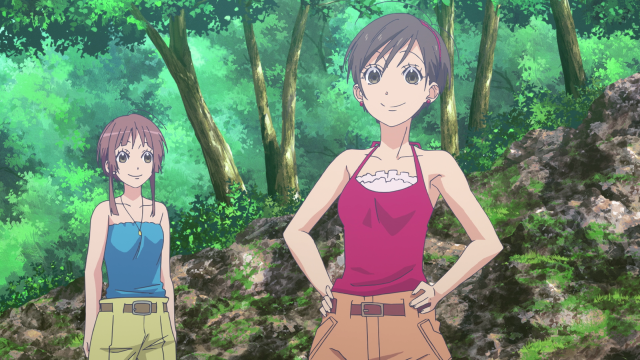 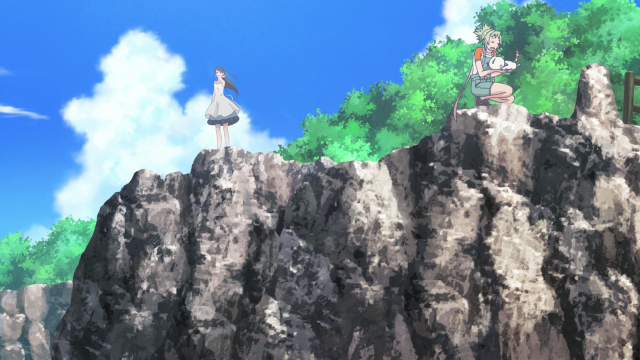 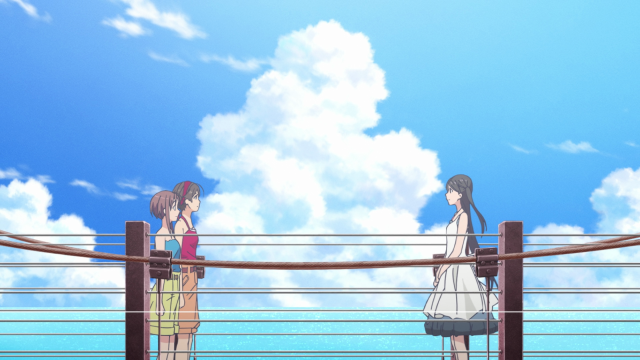 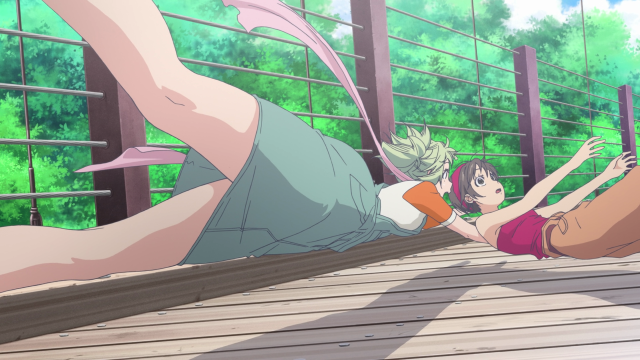 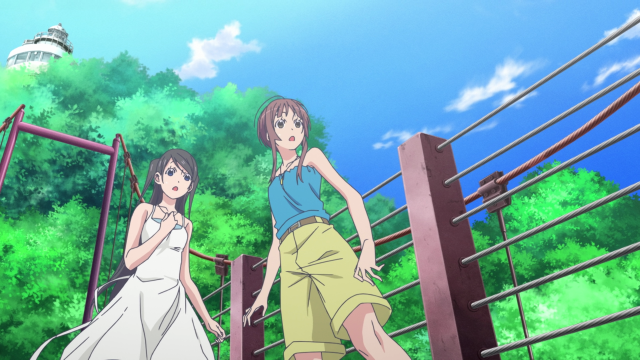 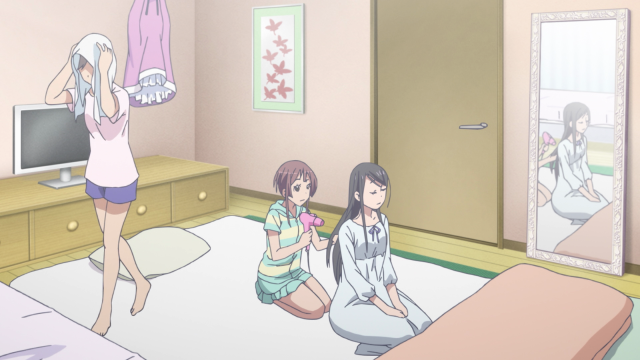 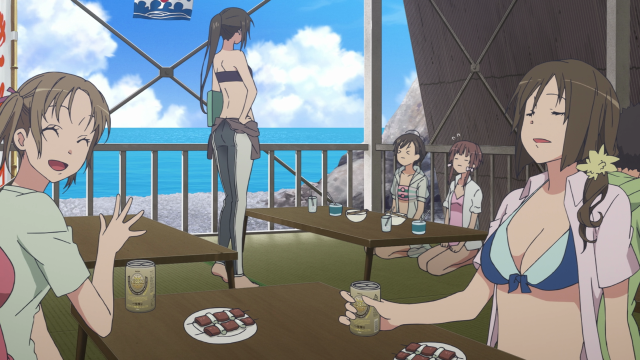 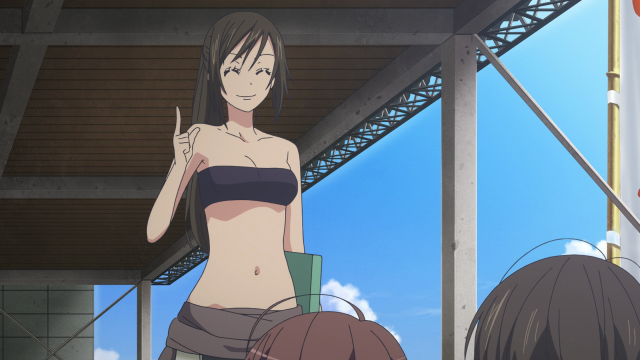 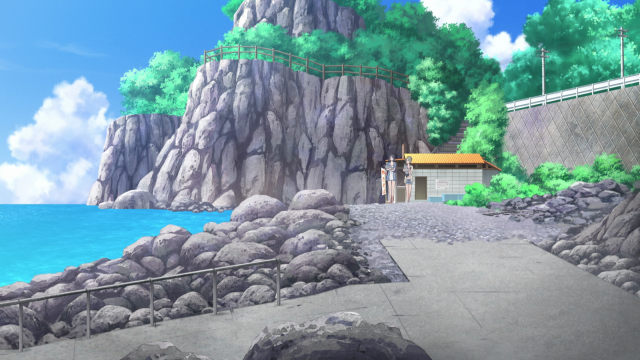 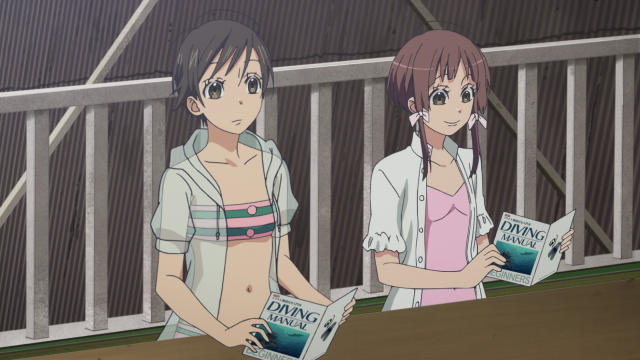 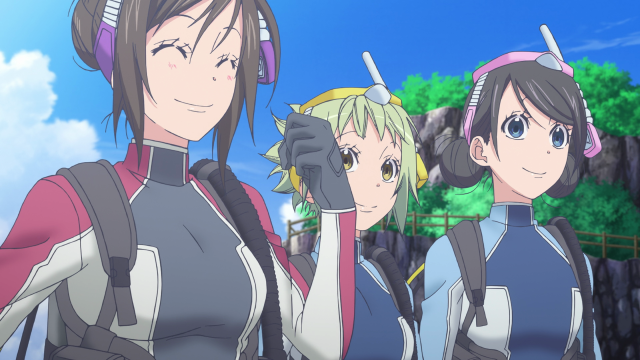 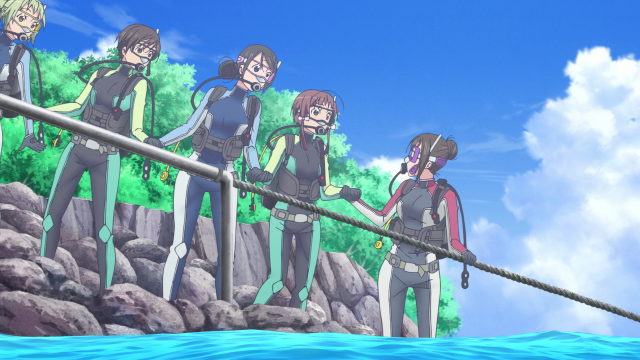 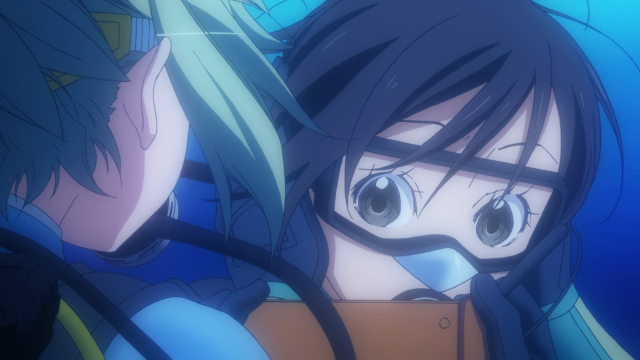 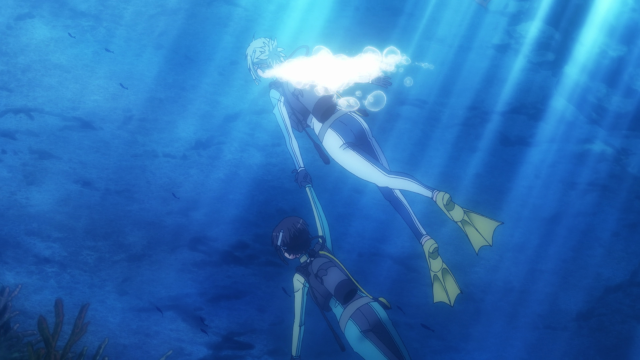 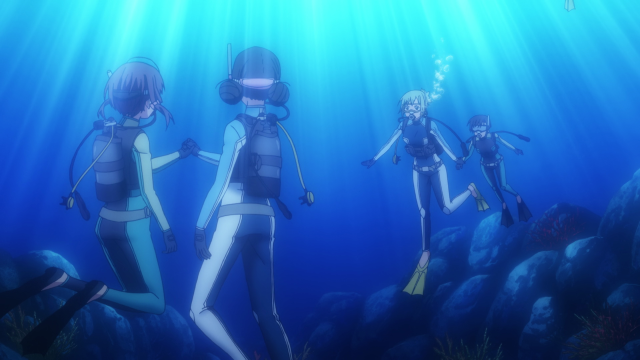 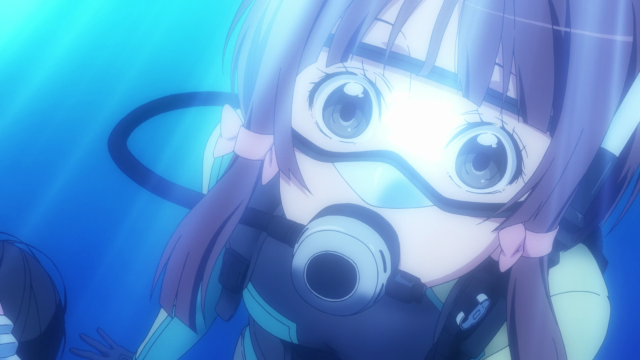 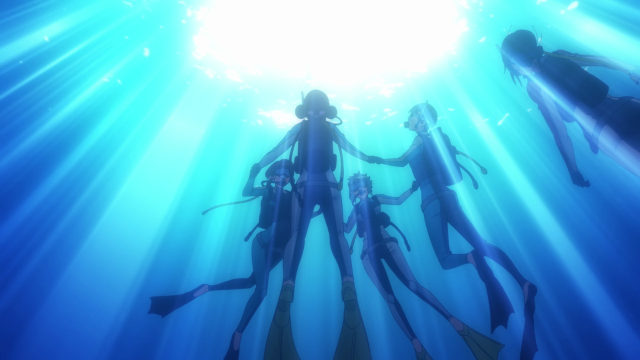 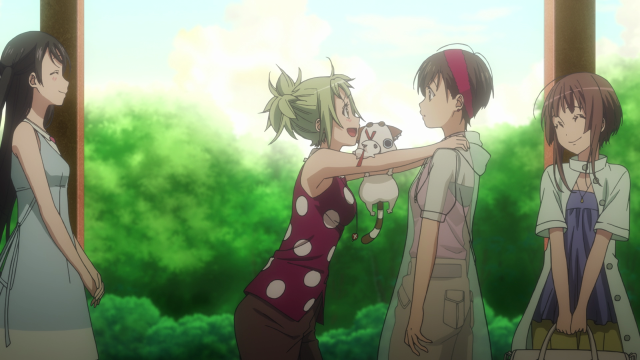 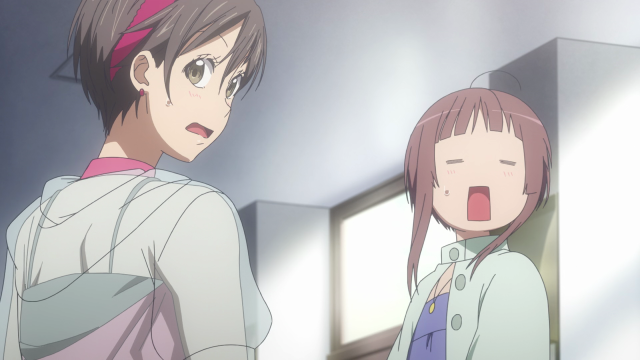 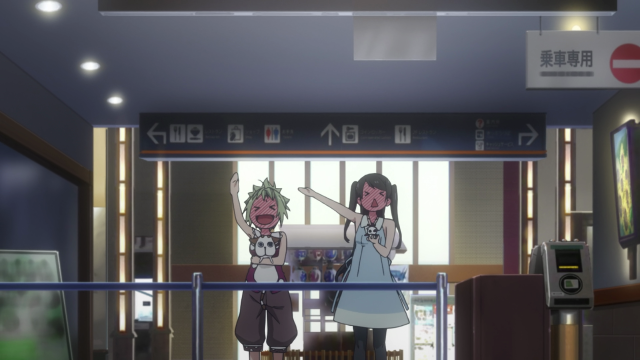 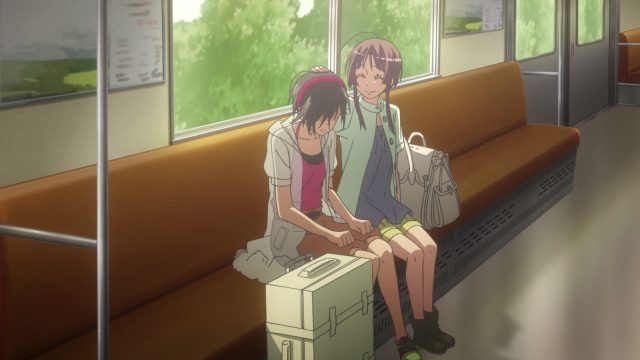 Looking ahead, Amanchu! is still presently running in manga form, and consequently, it would not be surprising if it were to receive a second season. I’ve heard from friends familiar with the manga that future volumes hold interesting events that are said to, and I quote: “[dovetail] back into the ARIA franchise in completely unexpected ways”. There is certainly quite a bit of content for a second season, and while I’ve heard very little about a continuation, any continuations of Amanchu! will be worth watching. For now, the Amanchu! OVA in the books, and I note that I’ve actually had plans to write about this for quite some time: the OVA itself was released back in March, although the opportunity to do so had not presented itself until now. With this being said, the OVA’s focus on the summer makes it a perfect accompaniment for the hottest days of the year: this year’s been much hotter than last year, with more days reaching above 30°C than last year’s comparatively paltry one day. While the sunshine and warmth have been a boon for folks seeking to make the most of the weather, it’s also meant wildfires and damaged crops; some rain would be nice in relieving the incredibly dry conditions all around. Returning to Amanchu!‘s OVA, I conclude by giving this OVA a strong recommendation for folks who enjoyed Amanchu!; it’s an essential addition to the series that was well worth viewers’ time.

4 responses to “The Story of Memories Made During the Promised Summer: Amanchu! OVA Review and Reflections”