New Game!!- Review and Reflection at the ¾ Mark

8 Comments Posted by infinitezenith on September 8, 2017

“Wrong does not cease to be wrong because the majority share in it.” ―Leo Tolstoy

Aoba and Umiko interview Nene for an interim programming position, while Christina tries to warm up to the character team after fearing that they must hate her for her decision with the key visual, but it turns out they’re not bothered. Two new interns, Momiji Mochizuki and Tsubame Narumi, join Eagle Jump: Momiji is a graphics artist and begins work with Aoba, while Tsubame is a programmer. The others decide to host a welcoming party for the newcomers, with the aim of helping Momiji becoming more familiar with the character team. Later, while talking to Nene about how she came to be a programmer, Tsubame’s opinion of Nene and Umiko is diminished when Nene reveals she picked up programming as a hobby out of curiosity, feeling that Nene’s a part of Eagle Jump only for her connections. Determined to earn her place at Eagle Jump, Nene resolves to improve her programming skills. Meanwhile, Hajime grows worried about her high school friends, Akki, learning of her interests in anime and games while on an outing with Yun and her siblings. After a heart-to-heart talk with Yun, where they share images of their high school selves to one another, Hajime decides to reveal the truth to her friend, only to find that her friend’s long known and is accepting of Hajime’s hobby, to her surprise. As we enter the final quarter of New Game!!, the second season certainly has taken steps away from the happy-go-lucky atmosphere of the first season, introducing new interpersonal dynamics amongst both old and new characters to liven things up around Eagle Jump. The latest additions to the staff include the competitive Momiji, who views Aoba as a rival after learning of her involvement in creating the designs for the company’s latest project, and the programmer Tsubame, whose remarks against Nene and Umiko have made some viewers very salty — individuals have felt Momiji and Tsubame to be quite unwelcome in New Game!!, although this is an position that I find ludicrous.

While dislike of these characters is perhaps only a natural reaction to two of the more hostile additions to New Game!!, I find that Momoji and Tsubame’s addition to the cast is a powerful one, serving to introduce conflict of a sort that previously has not been seen in New Game!! — early conflicts were resolved quite quickly because the old gaurd at Eagle Jump (including Aoba) have had a year to grow accustomed to one another and so, have learned how they best deal with challenges. However, Momoji and Tsubame are newcomers without any experience in company culture, hence their clashes with Aoba and the others. The rather heated discussion between Nene and Tsubame serves as a bit of a catalyst for hatred amongst viewers; most folks express disgust and disappointment with how Tsubame is quick to tear down Nene and Umiko after Nene casually remarks on her ties with Umiko and Aoba led her to Eagle Jump, and how she has no prior programming experience. However, I contend that Tsubame’s reaction, however inappropriate they were, is a natural one: people have a sense of pride when they’ve spent a considerable amount of time cultivating a skill. As such, when Tsubame learns that others can master those skills at a much quicker pace, it becomes a source of insecurity for her. In the absence of any knowledge about the actual journey Nene’s taken, Tsubame does jump the gun. However, this is surprisingly common; I have a friend who is a fantastic programmer, and folks (oftentimes, more senior developers or programmers) occasionally undermine him simply because they’re not appreciative of the fact that he’s very fact-driven and goes with better solutions based on hard numbers, rather than what experienced people have grown partial to, in order to build a system. One of the elements that New Game!! has not shown until now is that there are numerous unfavourable individuals in the real world. They can’t be ignored, removed or otherwise altered, so it is logical to work with (or around) them in the best capacity possible. Consequently, from a personal perspective, the inclusion of Tsubame and her remarks against Nene serve to strengthen New Game!!, showing that their universe is not merely a highly idealised depiction of reality, and that even in an all-girls environment, there can be conflicts. The true strength of New Game!! therefore comes from how the narrative presents Aoba, Nene and the others in helping their new hires develop the interpersonal skills to work in industry, as well as helping them adjust to life in the office. 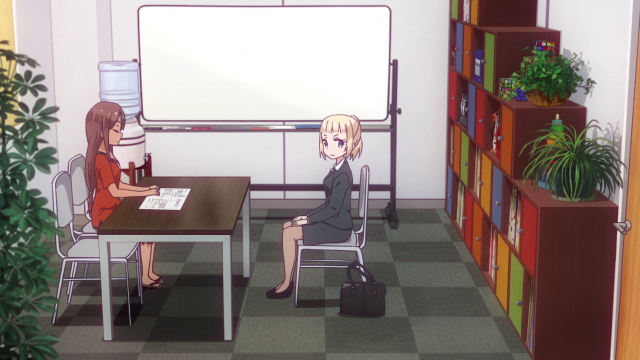 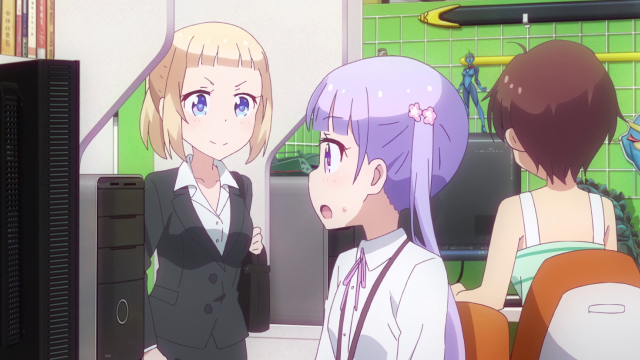 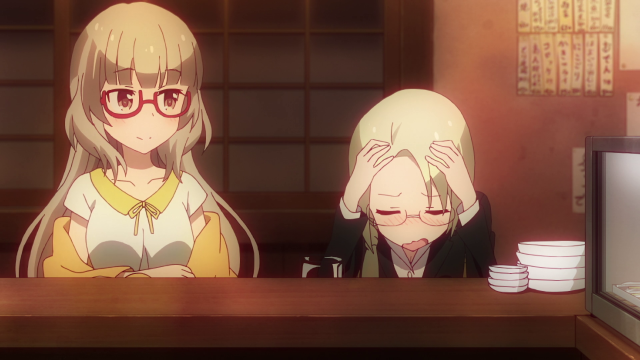 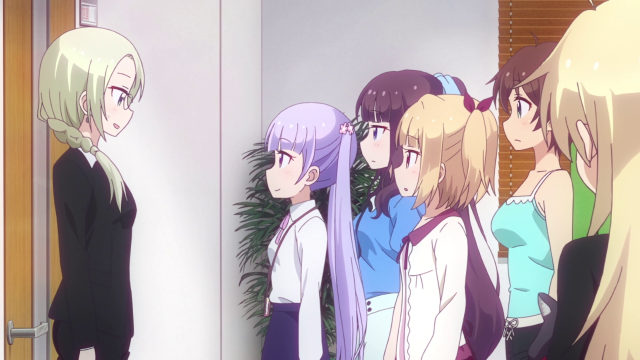 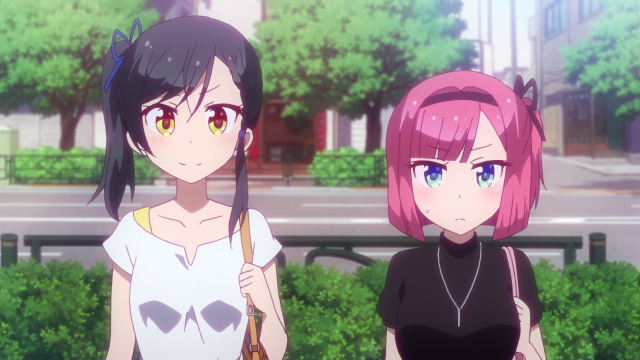 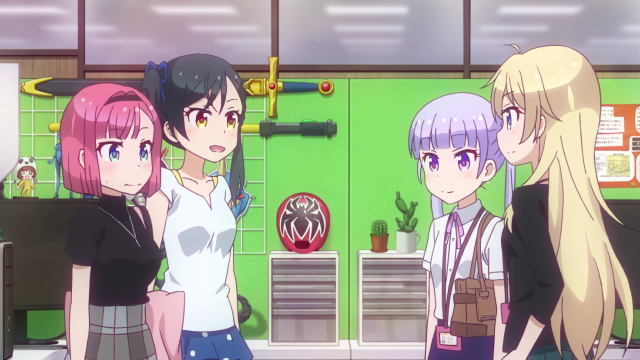 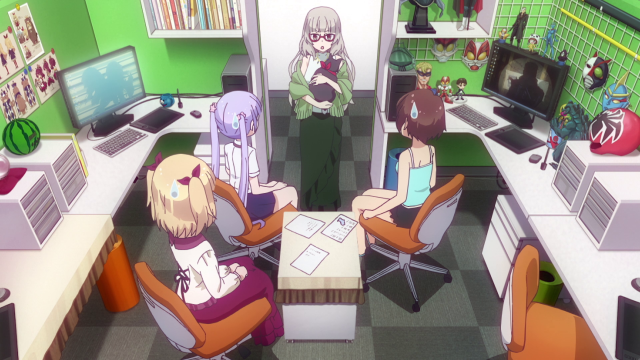 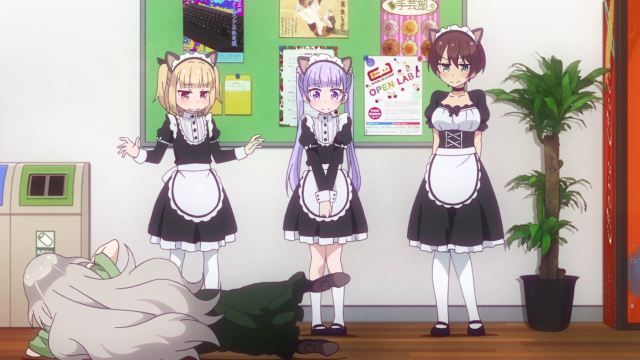 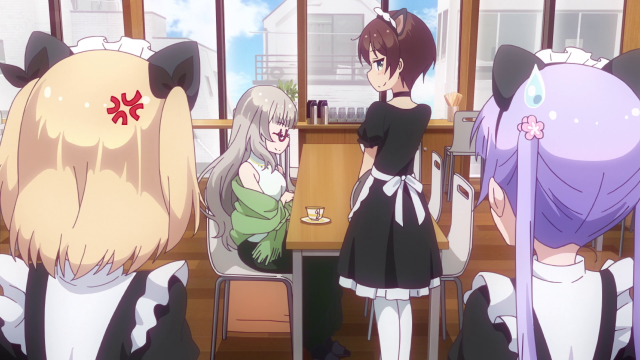 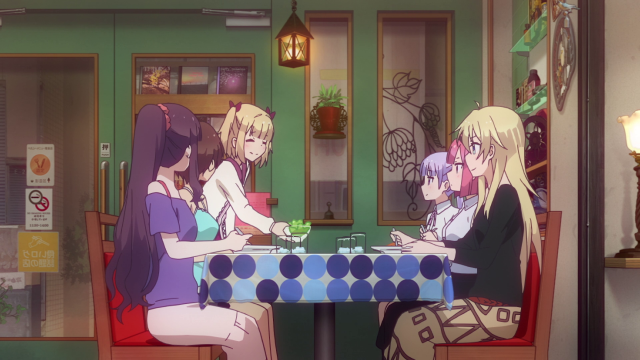 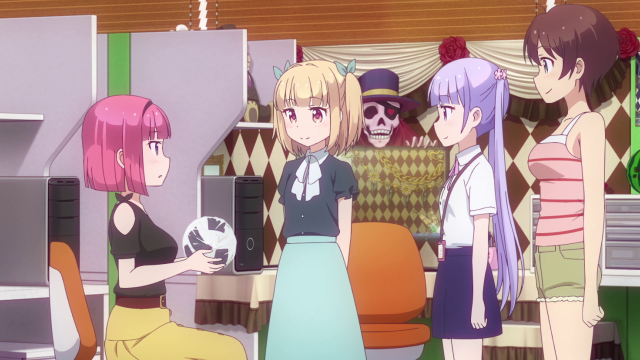 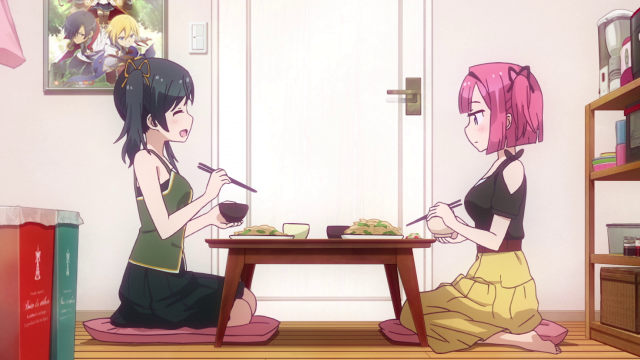 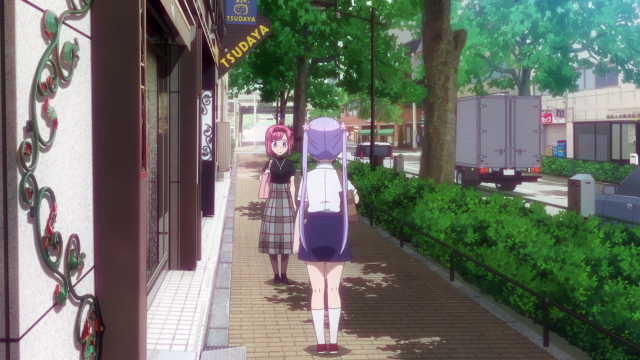 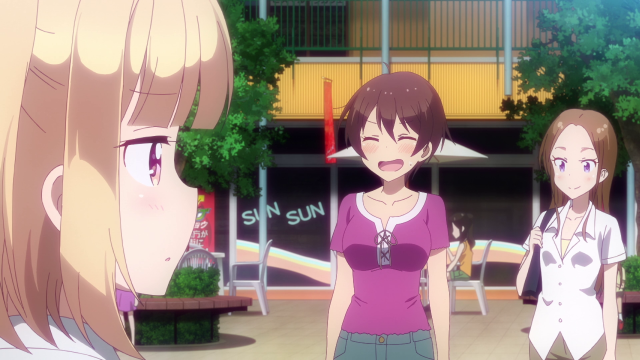 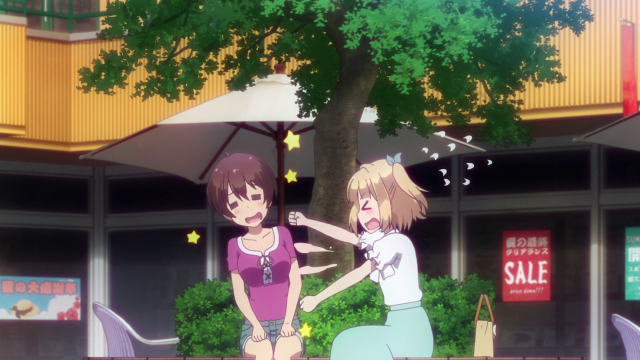 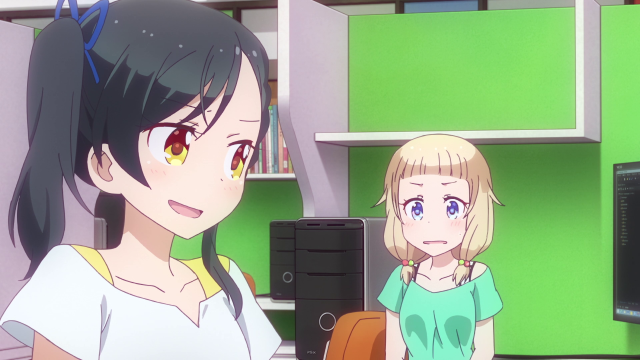 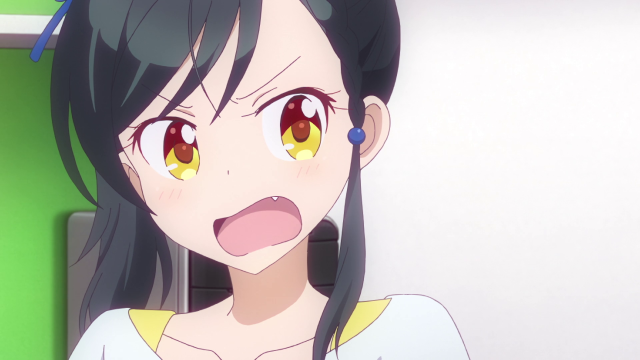 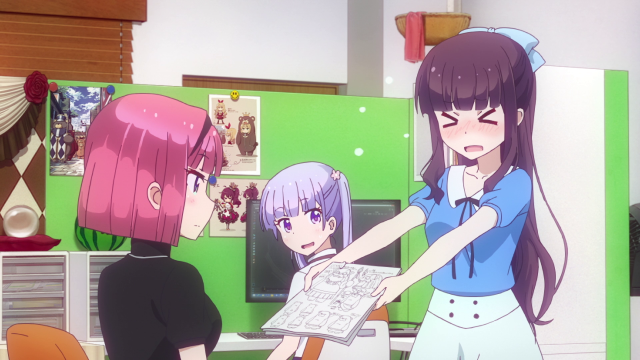 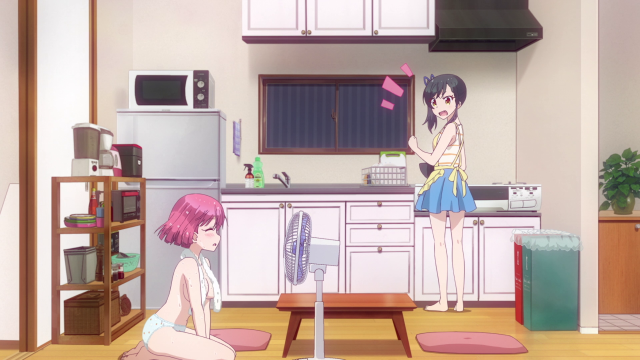 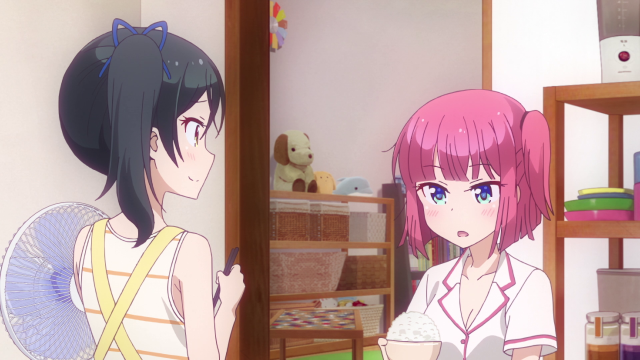 With these elements in mind, New Game!! has continued to impress in its presentation of the ins-and-outs of game development; the additional conflicts (and the prospect of solving them in the remaining episodes) means that New Game!! has done a considerable bit more to discern and differentiate itself from the first season. From the audience’s perspective, this is welcome, giving the second season a considerably more meaningful message than if the writers had chosen retain the languid pacing of the first season. I definitely do not hate Tsubame, and my expectations entering the final episodes are precisely to see what path Aoba and the others take towards addressing this particular conflict. It is understandable that people make mistakes and speak their minds without understanding the big picture, but if this were the basis for people to escalate their conflicts or simply run away from their problems, there would be no progress at all to speak of. Within the context of New Game!! and the thematic elements of learning, cooperation and appreciation of one another that are presented, it is likely (and expected) that the final episodes will deal with making the new hires a part of Eagle Jump. Overcoming their challenges and resolving their conflict is consistent with the message that New Game!! strives to present, and to leave these elements unattended is in contradiction of the ideas New Game!! has provided audiences up until now. If and when I’m asked, I’m on Tsubame’s team because she’s a part of Eagle Jump (albeit a temporary part for the time being): a team is only as good as its weakest member, and if Tsubame is allowed to learn and grow to succeed, the team’s success together follows.

8 responses to “New Game!!- Review and Reflection at the ¾ Mark”