Sounds of the Skies: Beyond the Dream- Sora no Woto OVA 2 Review and Reflection, or, Existentialism is not the centrepiece in the execution of Sora no Woto

Kanata begins to wonder what her dreams are after Mishio poses the question and finds herself without a suitable answer. Klaus arrives with a letter intended for Rio, and Kanata sets off looking for her. As the Fire Maiden festival is upon Seize again, the town is packed with festivities. Kanata runs into Yumina and later, speaks with Naomi, who provides Kanata with some help in finding Rio. It turns out Rio had set off to find some peace and consider the alternative version of the Legend of the Fire Maidens, as well as the fact that there remains conflict within their world even as the amount of habitable land is diminished from desertification. Later that evening, Rio takes Kanata up on a reconstructed hot air balloon, stating that her goal is to reintroduce heavier-than-air-flight and build an airplane. Kanata is moved and resolves to be at Rio’s side in pursuit of her dreams, helping out in any way that she can. On the day of the festival, Kanata is made to play the role of the Fire Maiden, setting off with Nöel, Kureha, Rio and Filicia. Compared to the first of the OVAs, the second Sora no Woto OVA is more contemplative in nature, following Kanata as she strives to determine her own dreams following her own experiences in Seize with the Clocktower Maidens. A simple question prompts Kanata to consider her own future, and in the end, Kanata’s decision shows that her goals are supporting those around her. Evident in her role as a bugler, the path that Kanata chooses is consistent with her beliefs and actions in Sora no Woto. It’s a fitting conclusion to Sora no Woto, and during its runtime, the second of the Sora no Woto OVAs serves one additional purpose in extending the anime’s themes – far more than existentialism, Sora no Woto‘s second OVA deals with the realisation of a dream.

Because I came upon Sora no Woto a ways after its original run, I was spared the five-month wait separating the finale from the second OVA, which serves to provide closure for the anime. The OVA builds upon the ideas of existentialism that were raised in the seventh episode – Filicia, Kanata and the others are aware of meaning in their lives even in a world that hope has appeared to long forsaken by the seventh episode’s conclusion. By the time of the events here, Kanata has chosen to walk the same path with Rio, who has a concrete goal and outline for reaching said goal. The themes in the OVA deal predominantly with working towards one’s objectives with the intent of bettering the world and realising their dreams. In contrast with merely finding meaning, a very abstract and oftentimes, idle activity, the OVA illustrates that a dream only has value if it is actualised. This is depicted through Rio re-constructing a functional hot-air balloon, creating lighter-than-air flight and setting the stage for her goals of heavier-than-air, powered flight. The process is one that involves effort, commitment and sacrifice, and while it can be uncomfortable to make an honest attempt to realise one’s dreams, the payoffs for having the courage to take these steps are enormous. Sora no Woto illustrates how these first steps are taken towards making dreams become a reality, and ultimately, it is in this OVA, released six months after the finale, that completes exploration of themes that the seventh episode began developing, making it an essential and enjoyable addition to Sora no Woto. 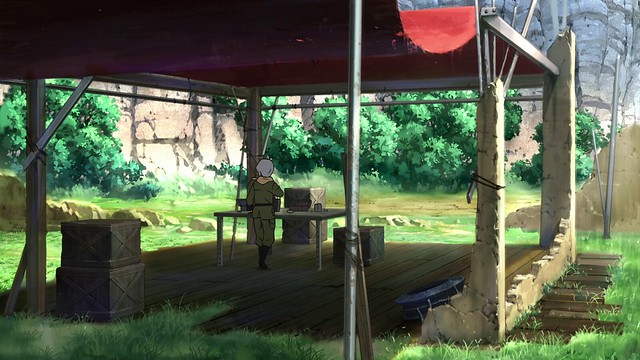 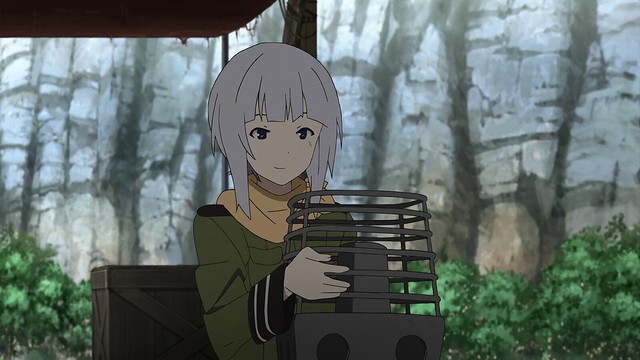 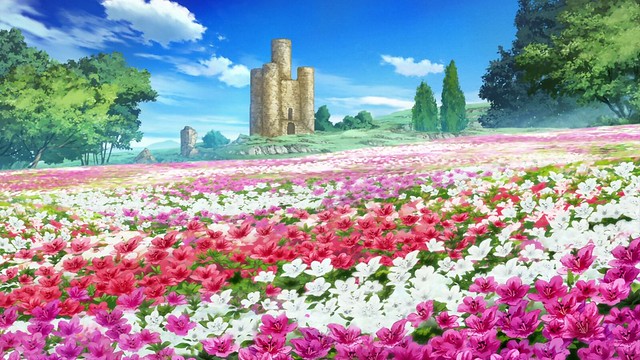 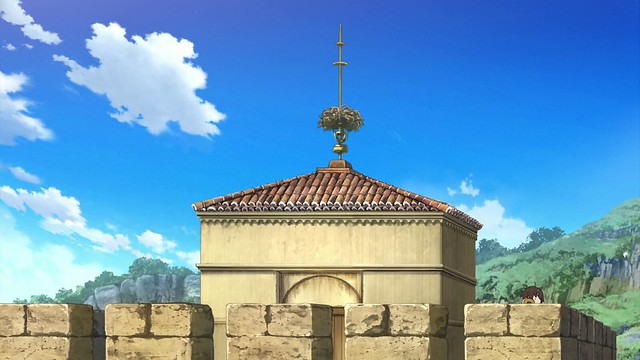 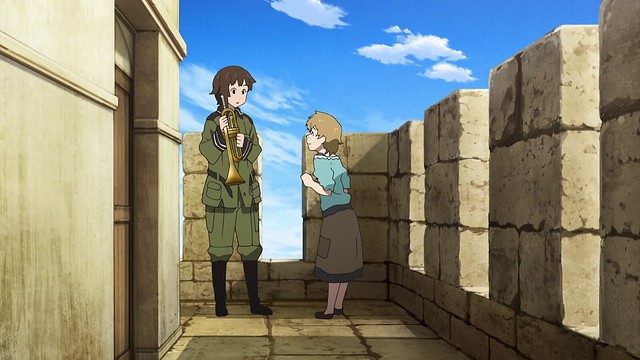 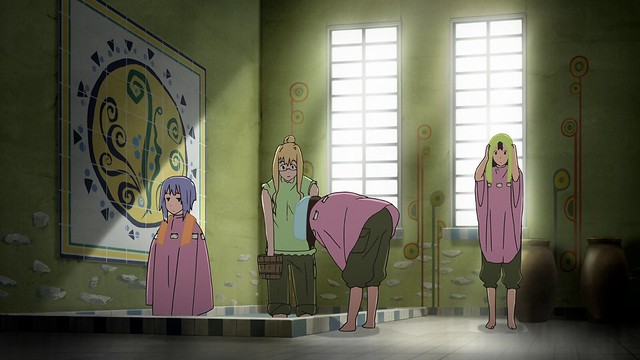 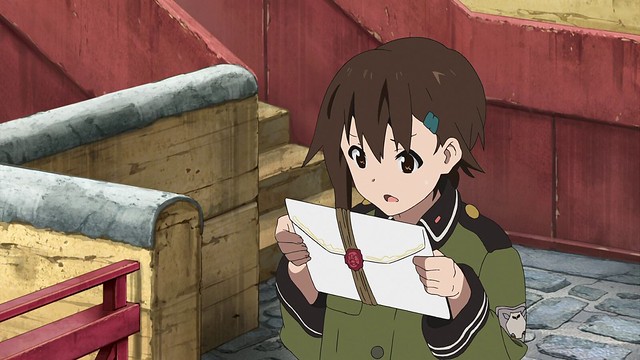 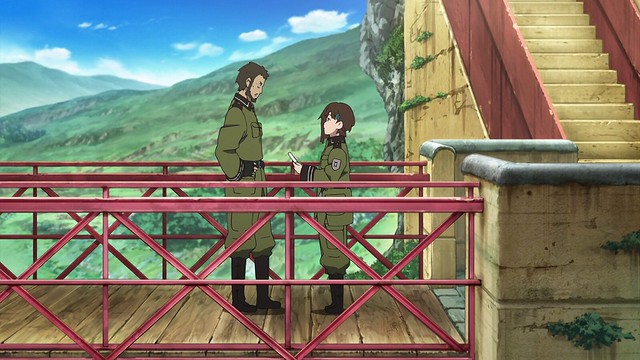 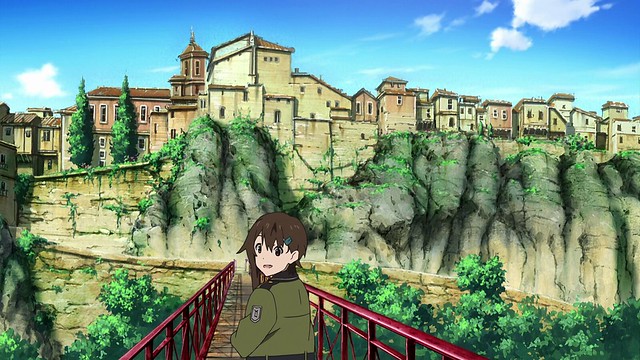 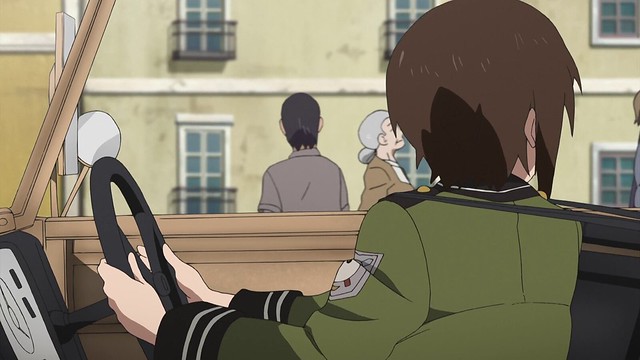 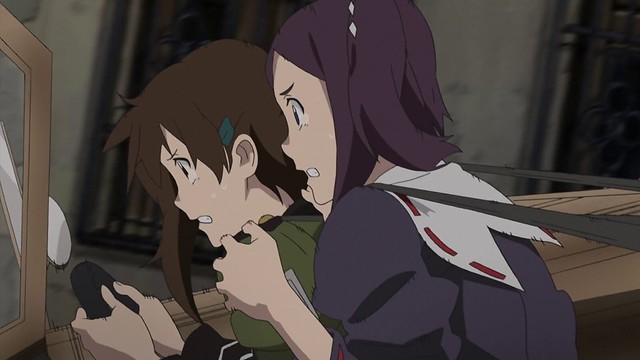 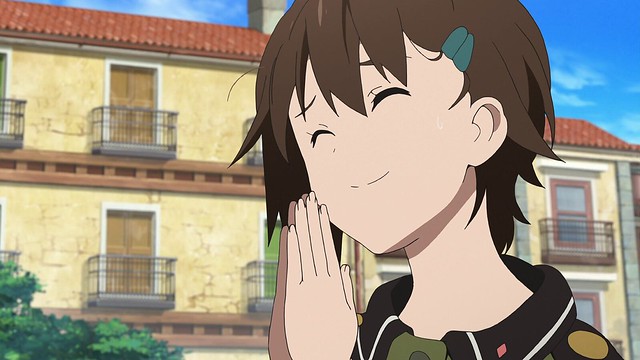 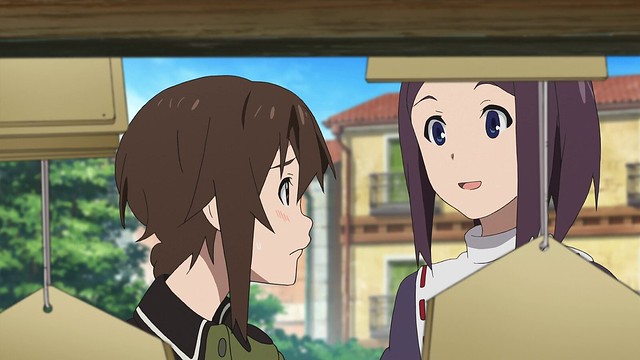 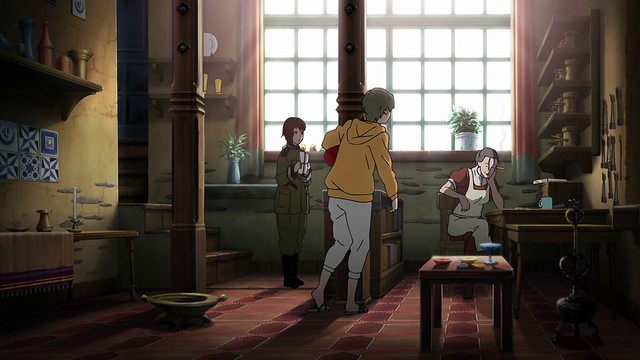 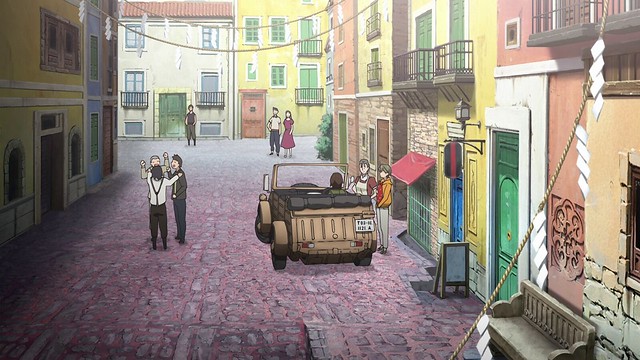 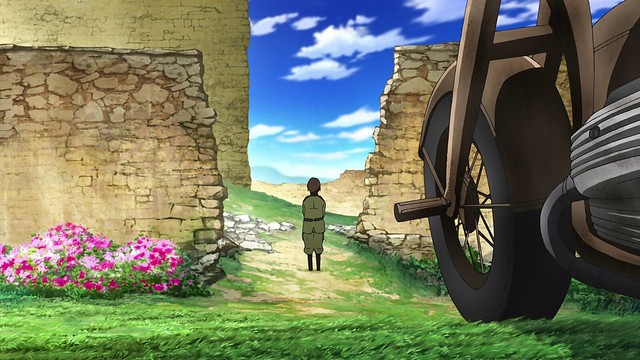 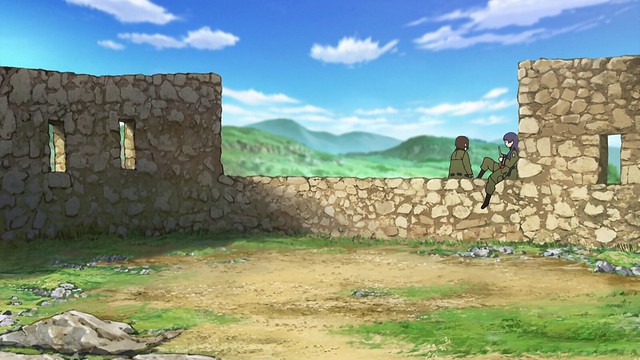 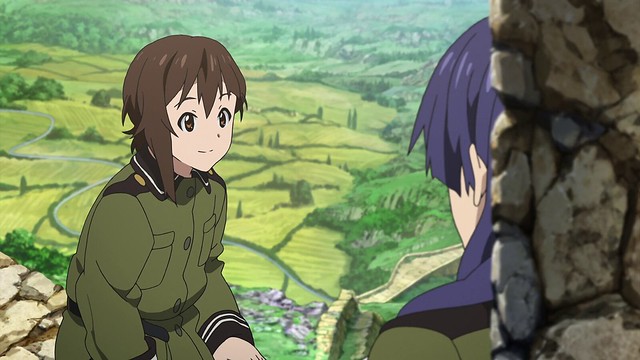 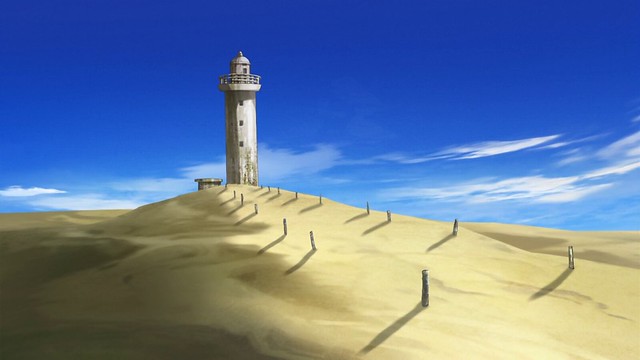 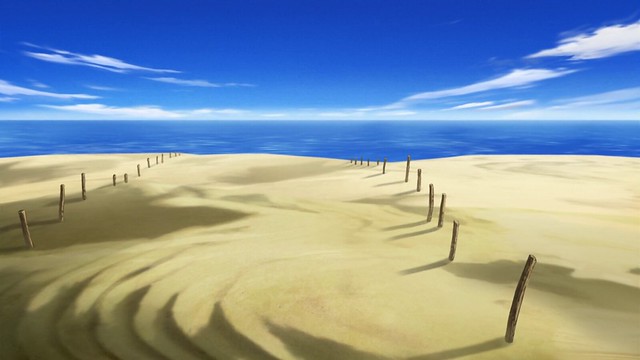 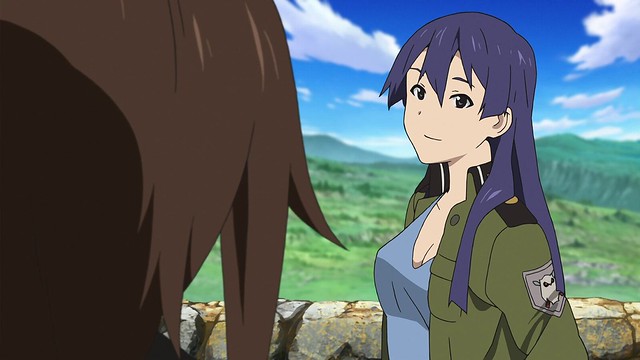 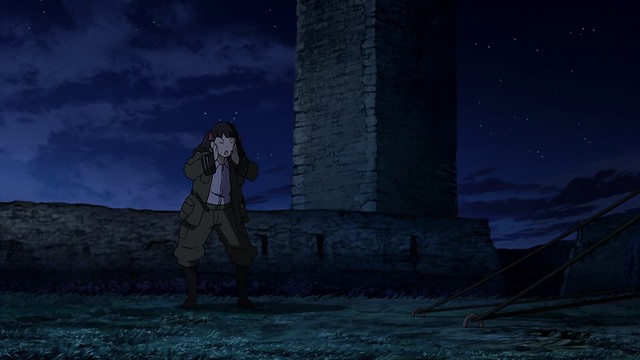 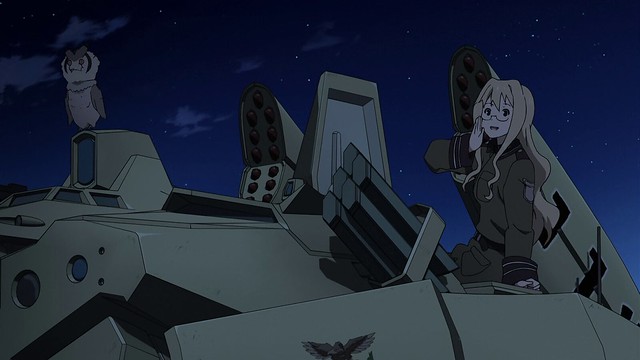 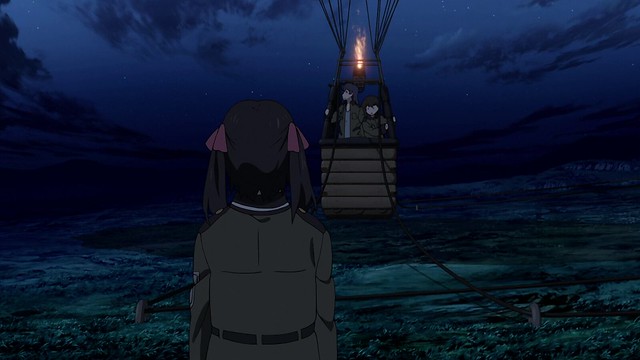 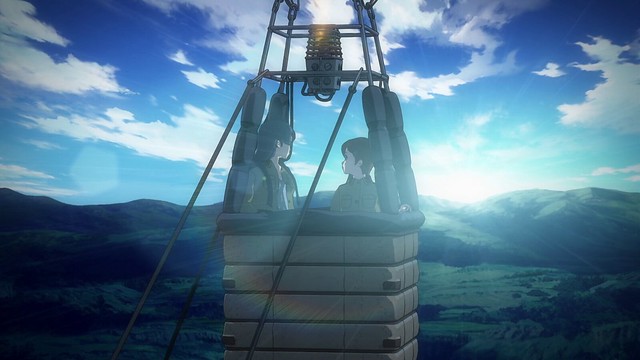 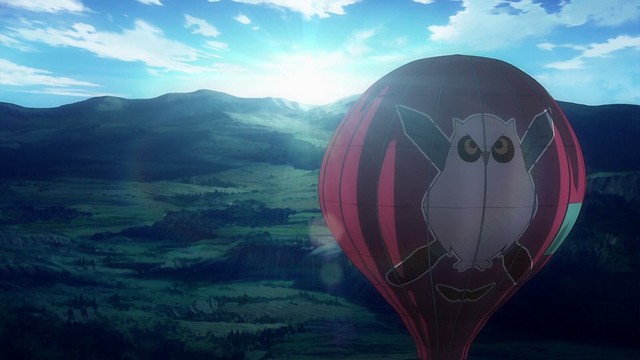 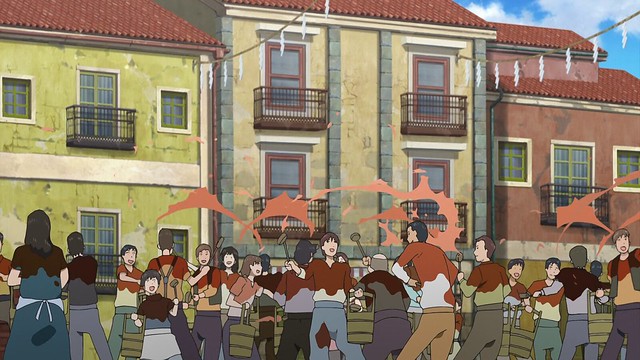 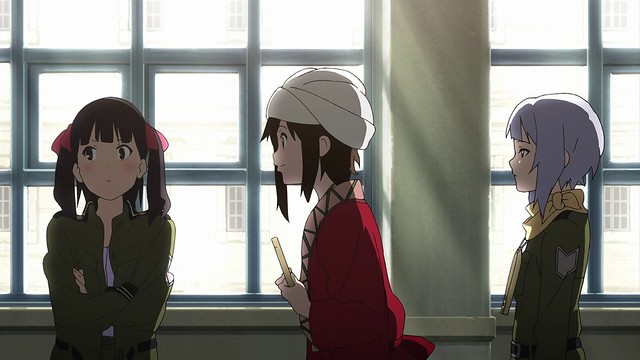 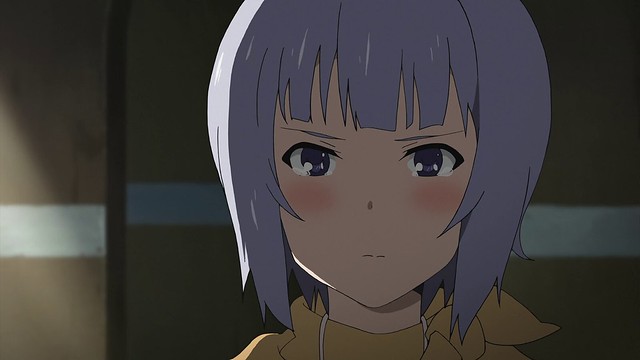 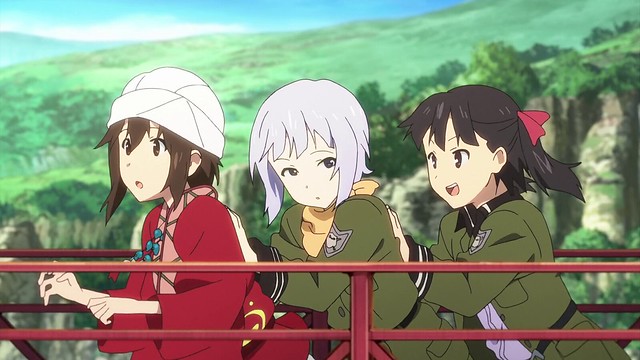 Sora no Woto‘s messages are strengthened through the second OVA: it is true that each of Kanata, Filicia, Rio, Kureha and Nöel find meaning in their world as they share time with one another, especially through Kanata’s positive influence, but in illustrating that there must be a plan to realise a dream, Sora no Woto reminds its audiences that it is not enough to merely be content with an idea. There must also be an execution stage where a dream is made reality. This is where the worth and meaningfulness of life lies, and in fact, the episode’s very title, “Beyond the Dream”, reinforces this notion. These ideas and concepts are explored in a fantastic manner: the Sora no Woto OVA is a thrill to watch from a visual perspective, with vivid colours and lighting being used to capture the optimistic, hopeful sense that the episode aims to convey. In addition, there’s a variation of Servant de Feu that is not included anywhere on the soundtrack to emphasise that the OVA is distinct. As a consequence of its themes, narrative and execution, Sora no Woto remains the cornerstone work in the Anime no Chikara project, and even seven years after it finished in whole, very few anime have come close to matching Sora no Woto with respect to world-building and strength of execution; Puella Magi Madoka Magica appears to have been designed from the outcomes of Sora no Woto, and at last, it appears that the connection between these two anime have been solved, with the latter inspiring elements in the former.