7 Comments Posted by infinitezenith on October 15, 2017

“In our obscurity – in all this vastness – there is no hint that help will come from elsewhere to save us from ourselves. It is up to us.” –Carl Sagan

Since WUG’s successful performance at the Idol Festival, where they displaced I-1 Club in a competition to become the national champions, difficult times forces even I-1 Club to close one of their venues. Without any performances, WUG’s exposure to the world is limited, and the girls have returned to their old duties of being local idols for various media outlets. To break them from this rut, Junko announces that WUG is to produce an album within the next six months and later secures a performance for them at Song Stage. When they gear up, they learn their old uniforms have decayed in condition: Yoshino fashions scrunchies for each and every member to remind them of their origins. At the performance venue, Mayu and the others run into the current I-1 unit, whose centre regards them with hostility. While Airi nearly causes a delay in their live performance by rushing back to retrieve her scrunchie, WUG nonetheless performs well and later, the others reassure Airi that superstition prior to performances is a natural thing, gently reminding her to be more mindful of professionalism at the same time. On the way back home, Junko announces to an exhausted Kōhei that she is planning a national tour for WUG. Meanwhile, a group of students produce fan-inspired versions of WUG’s performances, drawing the girls’ and Kōhei’s attention. It’s been a while since I’ve written about Wake Up, Girls!, with the last time being for the second movie Beyond The Bottom. A series that has held a special place in my heart, Wake Up, Girls! makes a triumphant return to the anime form, with this second season being produced by Millepensee, which collaborated with Ordet on the movies.

Ordet themselves worked with Tatsunoko Production on the first season, and while this first season was characterised by deficiencies in the animation, Wake Up, Girls! and its narrative proved quite enjoyable, inspiring to follow. The new animation style that Millepensee brings to the table is a balance between the old and new: the characters look and sound as they did during the movies and first anime season, but with more fluid animation, it feels as though they’ve been given new life. It is most welcoming to see Mayu, Minami, Yoshino, Nanami, Airi, Miyu and Kaya return in this new form: their first performance is a smooth one, with camera effects and movements that far surpass what was seen in earlier incarnations of Wake Up, Girls!. The improved animation, coupled with new directions of Wake Up, Girls! New Chapter! (New Chapter! from here on out for brevity), means that the second season is off to a fine start – Wake Up, Girls! has always added a healthy amount of realism into its story, and in spite of their successes, WUG has a ways to go in order to sustain their success in a market saturated with idols. By presenting plausible set-backs and challenges, it was remarkably satisfying to see how WUG overcame their tribulations, and New Chapter! appears to be continuing along this path, which corresponds with more surprises in this upcoming season. 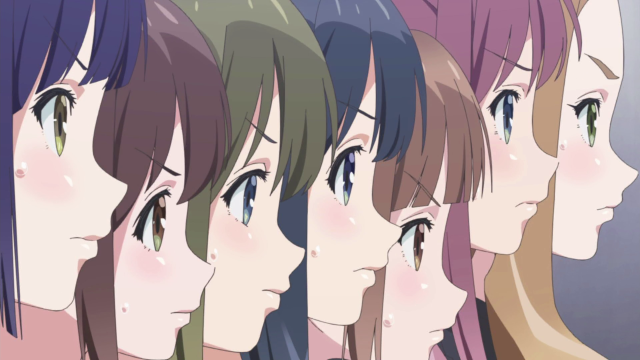 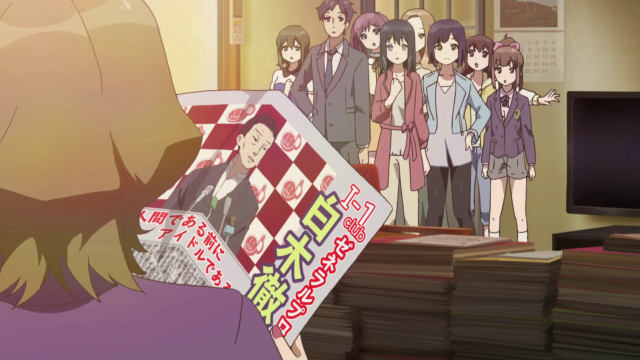 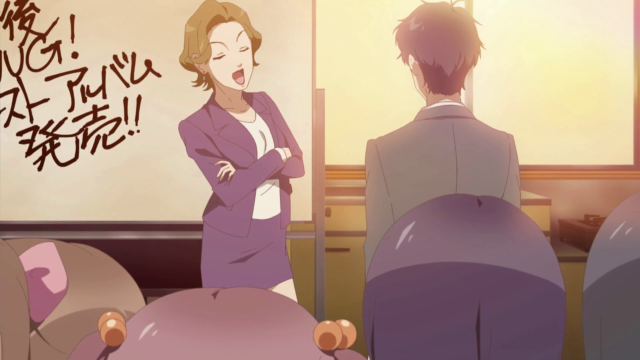 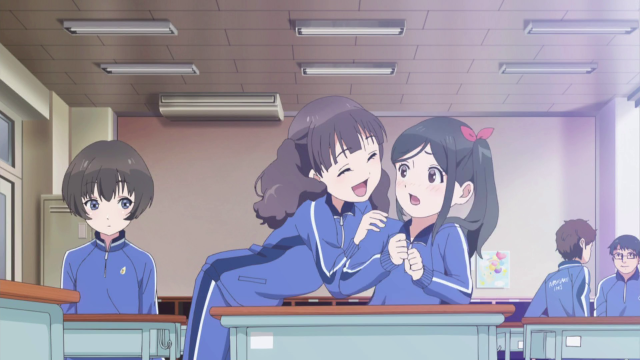 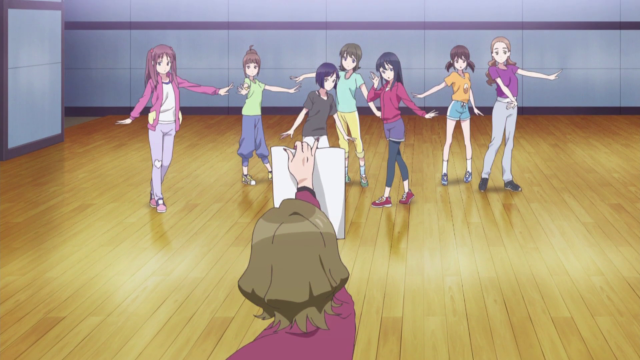 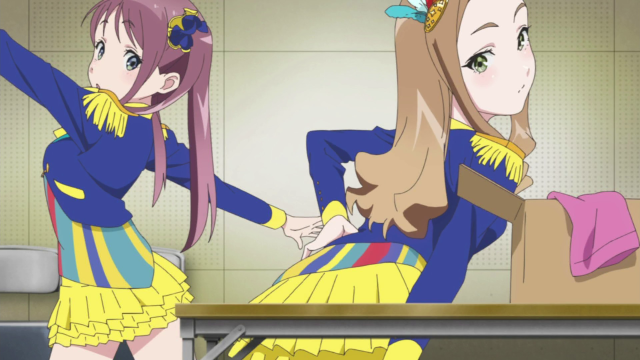 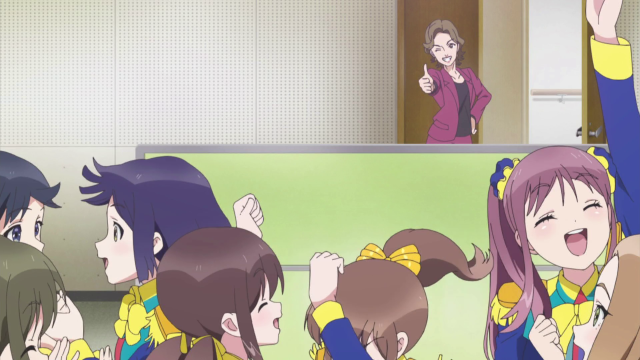 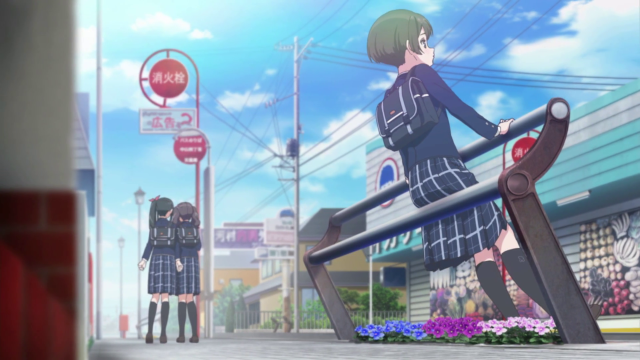 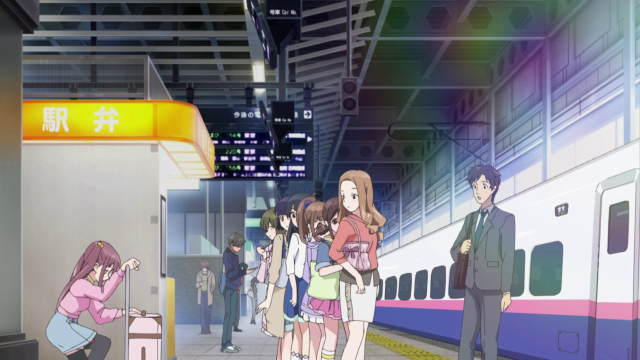 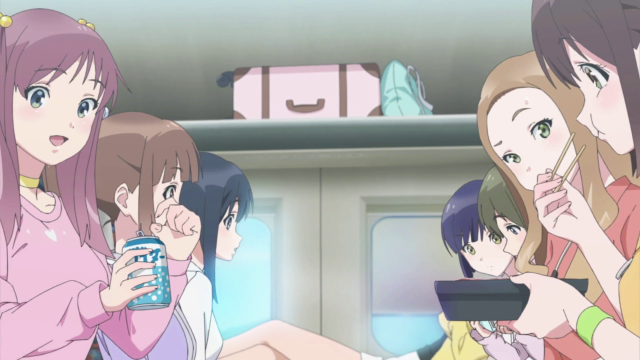 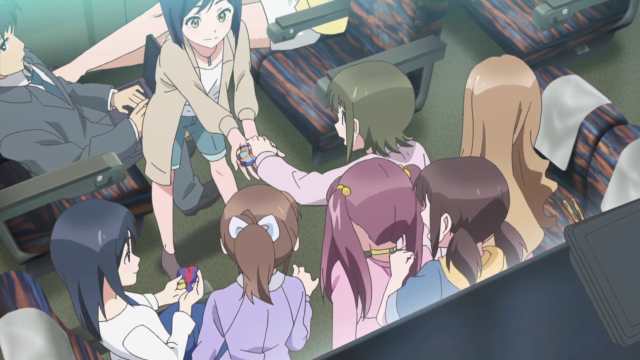 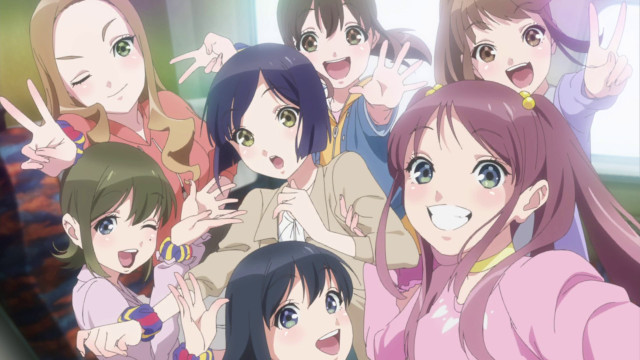 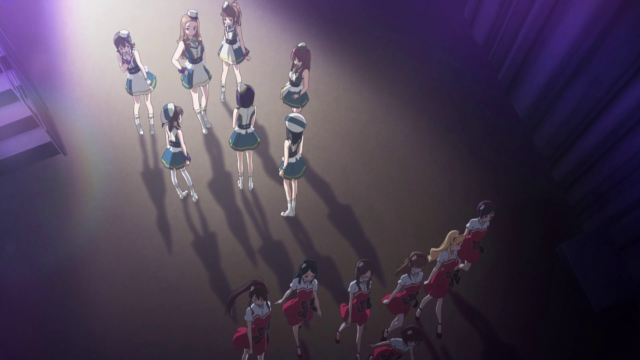 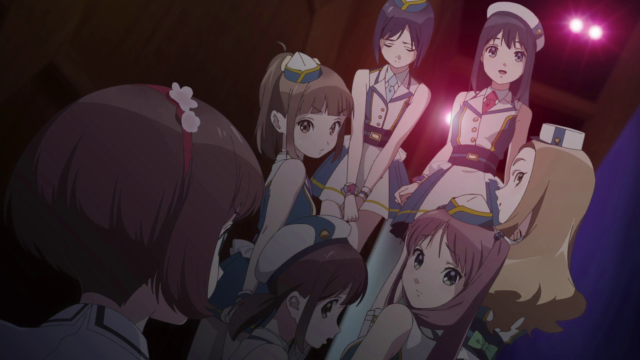 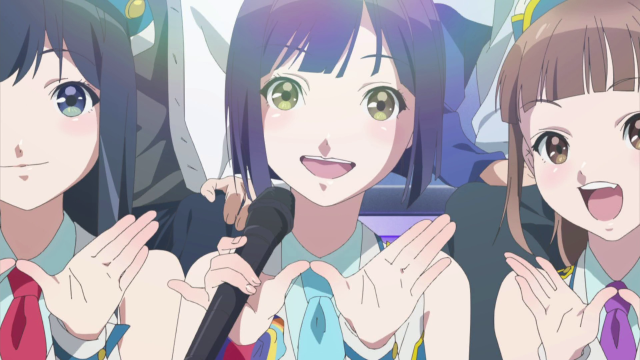 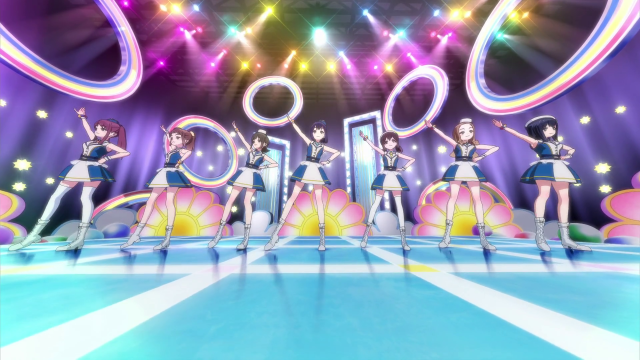 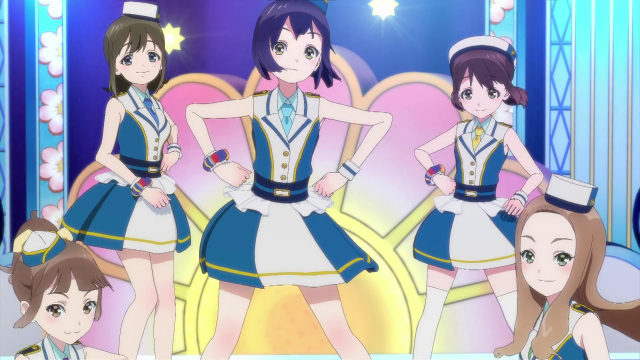 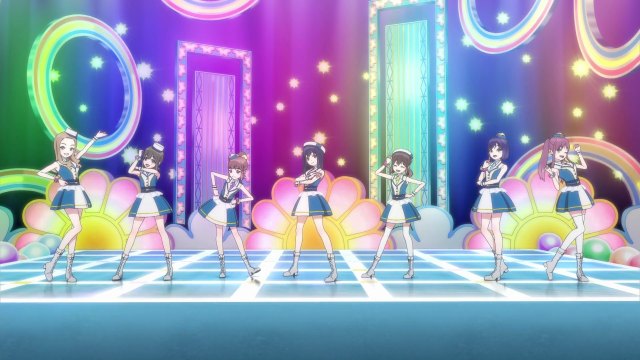 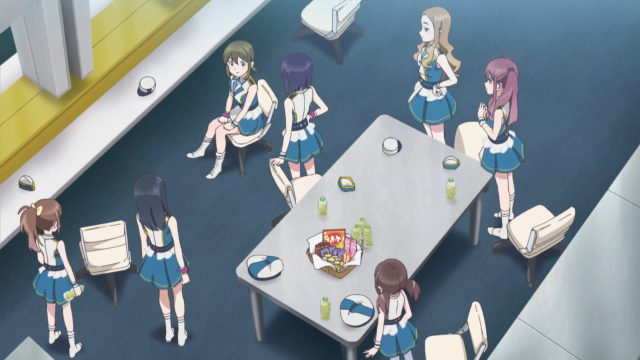 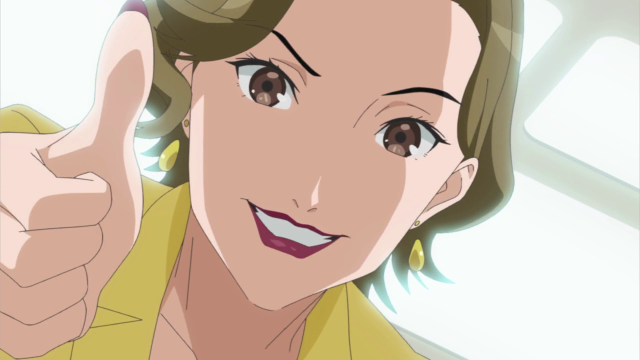 One of the elements that I’ve noticed about Wake Up, Girls! is its relative obscurity in the English-speaking community – it’s a bit of an irony that Wake Up, Girls! is about overcoming obscurity in their world when in the real world, there’s been very little talk about the series in other blogs and discussion venues. While expectations for Wake Up, Girls! has always been low, and reception mixed at best, I found in Wake Up, Girls! an earnest series about a group of youth pursing their dreams and dealing with setbacks to the best of their abilities. This is why even three-and-a-half years following Wake Up, Girls! original run, I am quite keen to continue with the journey that Mayu and the others embark on in pursuit of their dreams. I will be writing about New Chapter! periodically this season, returning after every three episodes to consider what New Chapter! has covered, as well as where the series is headed. In addition, with the addition of three new characters in the form of students who are also fans of WUG, one of the possibilities include seeing whether or not they will interact directly with WUG at any point in New Chapter!‘s upcoming episodes.