Sword Art Online The Movie: Ordinal Scale- On The Portrayal of Augmented Reality in Popular Fiction and a Movie Review

2 Comments Posted by infinitezenith on November 6, 2017

“A significant portion of the population… will have AR experiences every day, almost like eating three meals a day.” –Tim Cook

The recent surge of virtual reality and augmented reality technologies has come about as a consequence of increasingly efficient graphics hardware and portable display devices; my graduate thesis demonstrated the flexibility of my eukaryotic cell simulations in being able to run on platforms as diverse as the Oculus Rift headset and Cave Augmented Virtual Environment (CAVE), both of which offered a unique environment in which to explore a virtual cell. My models were later adapted to run on Microsoft’s HoloLens, an augmented reality platform. Compared to virtual reality, which immerses users in a virtual space, augmented reality projects virtual elements into real space. In my thesis, I concluded that these visualisation technologies would be powerful tools for education, making what was once possibly only in science fiction one step closer to reality. With this being said, these developments remain very much in the experimental stage at present, but in the realm of fiction, technological advancement is much greater in order to facilitate the narrative. Sword Art Online The Movie: Ordinal Scale is one such work of fiction – a film that premièred in February this year, it follows Kirito and Asuna as they investigate a mysterious phenomenon of memory loss amongst players when they begin encountering SAO bosses in Ordinal Scale, which has seen a rise in popularity after multiple incidents involving VR technologies. It turns out that Tetsuhiro Shigemura, the Augma’s developer, implemented the system in order to collect players for memories related to his late daughter, who lost her life in SAO years previously. Intending to make use of machine learning techniques, Shigemura aims to resurrect his daughter as an AI construct.

Like its predecessors before it, Ordinal Scale‘s strengths lie within its depiction of how a technology might be used within a society: depictions of how ordinary users are drawn to game events in Ordinal Scale mirror phenomenon seen with last year’s Pokémon Go fad, and subtle elements, such as playing AR games and collecting points that can be redeemed for real-world rewards lie within the realm of reality, showing the technology as being one that is quite familiar despite the novel modes of interaction and presentation. Ordinal Scale thus suggests that technologies capable of great popularity and amassing large numbers of users can potentially be harmful for these users if their developers have a malicious or misguided intent – Shigemura had meant for his technology to resurrect his daughter’s consciousness digitally by mining data from the userbase’s collective memories even if it meant killing the users. While not quite as dramatic in reality, programs with a large user count invariably will produce a great quantity of data relating to the user’s habits. The risk that this information can similarly be abused is non-trivial; it gives a great deal of insight as to our interests, intents and desires, and in the present age, it is not surprising that our data can be considered of greater importance than the hardware storing the data. As such, Ordinal Scale illustrates of the risks associated with an increasingly connected world and (albeit in a fanciful manner) what ends large organisations might have for data they collect from their users. 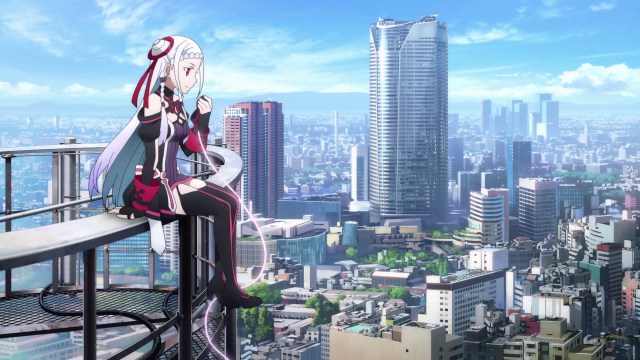 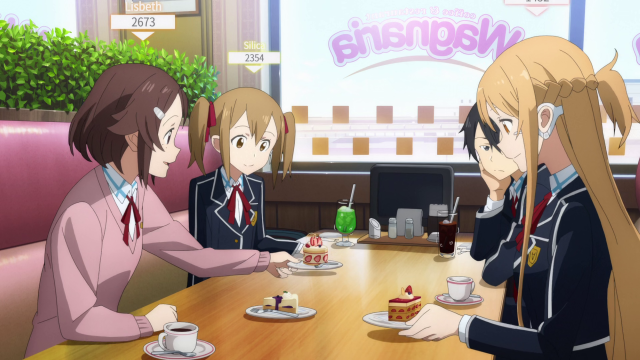 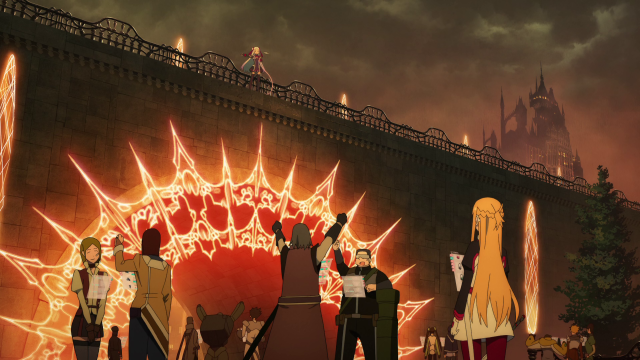 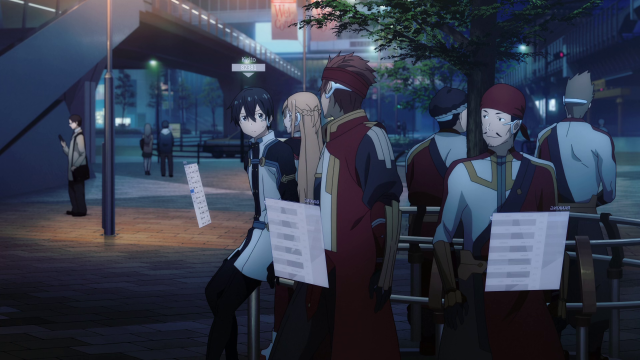 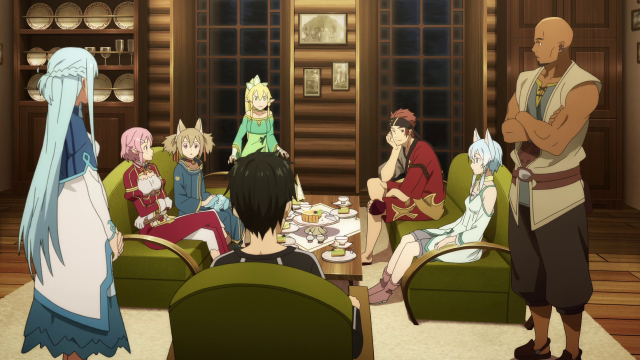 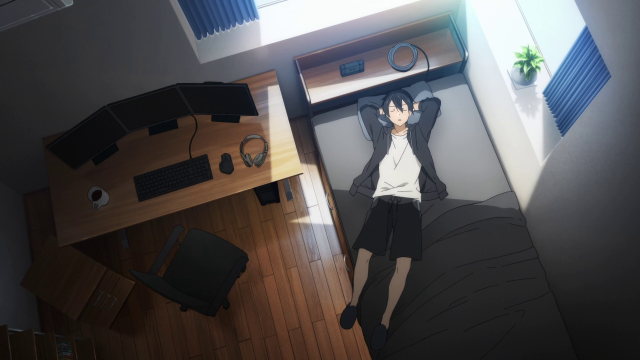 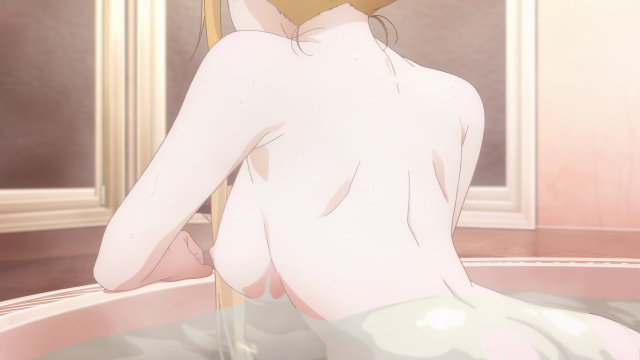 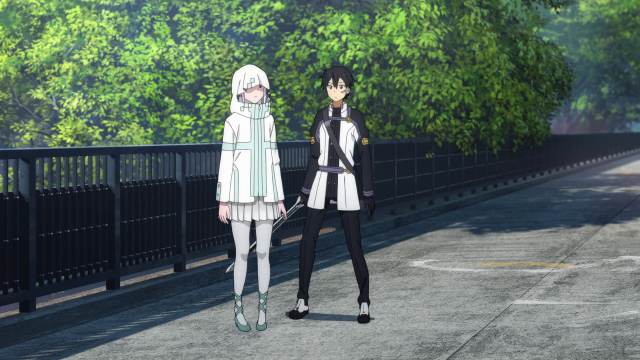 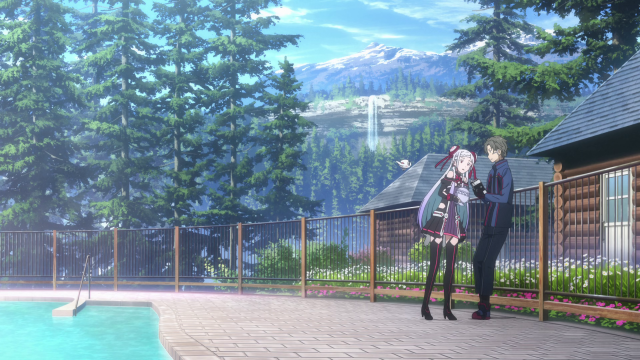 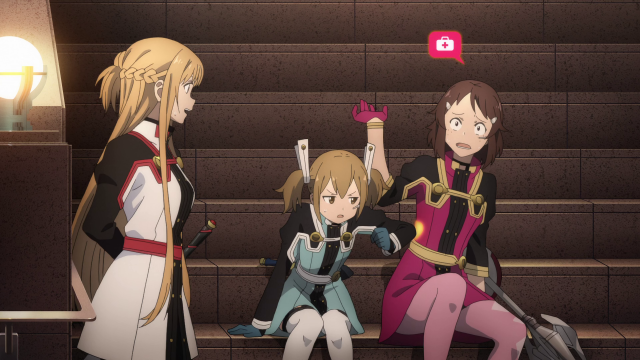 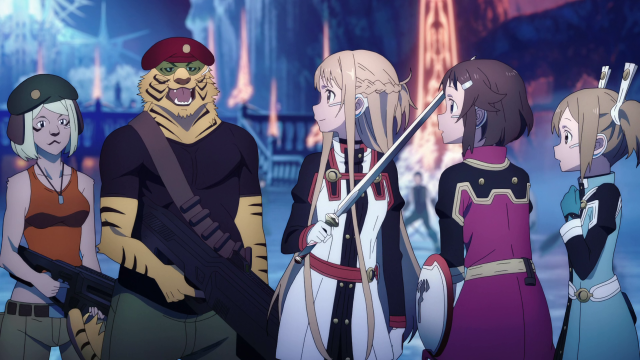 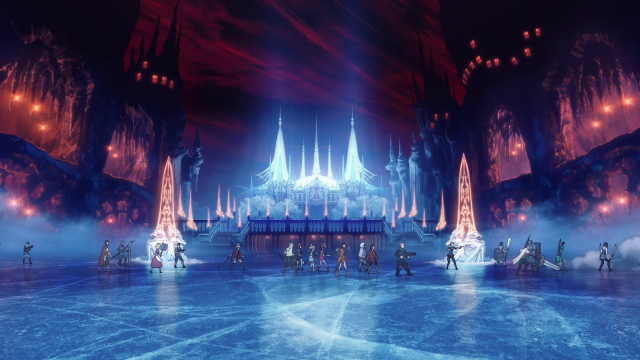 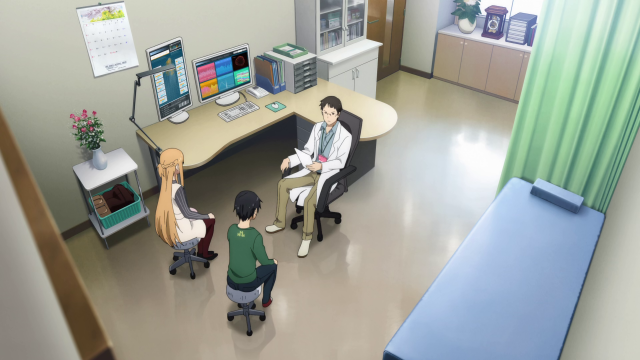 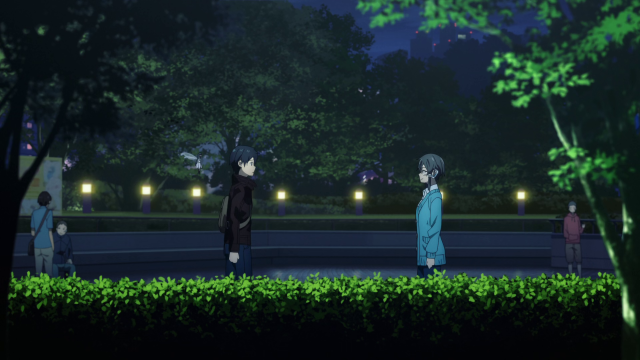 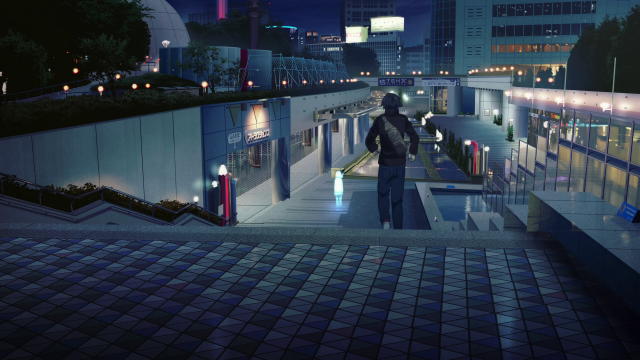 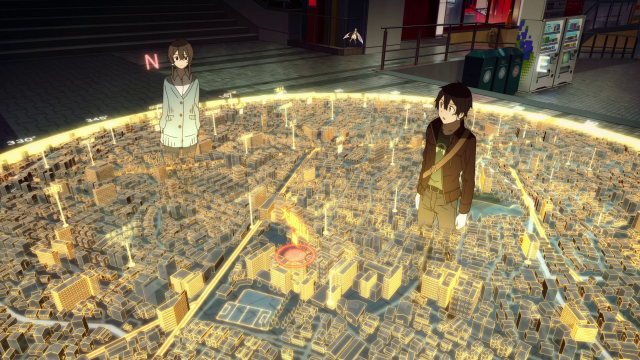 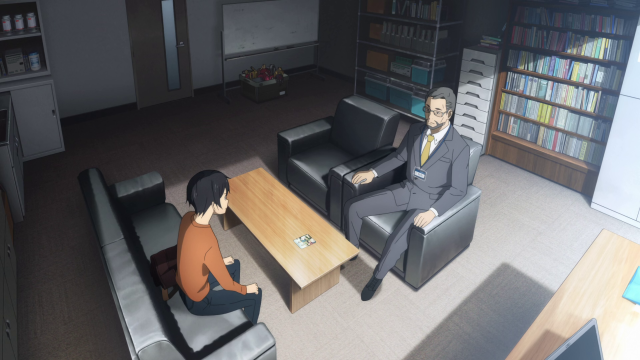 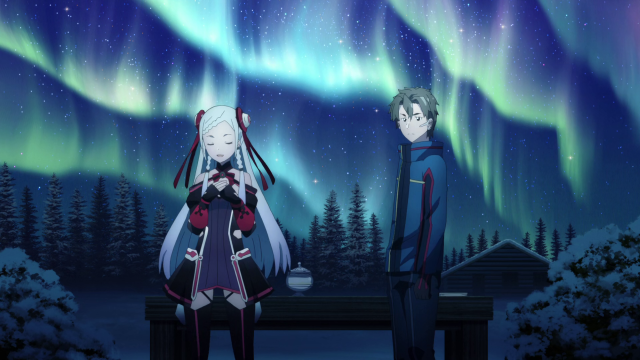 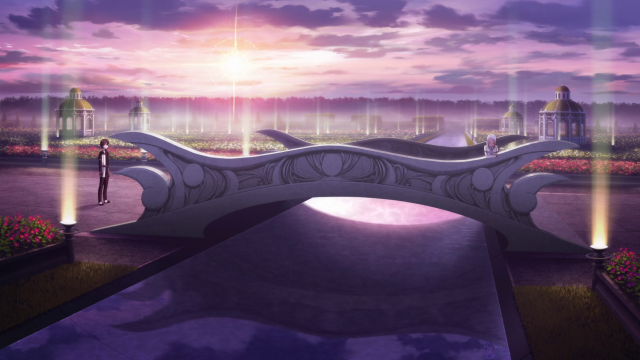 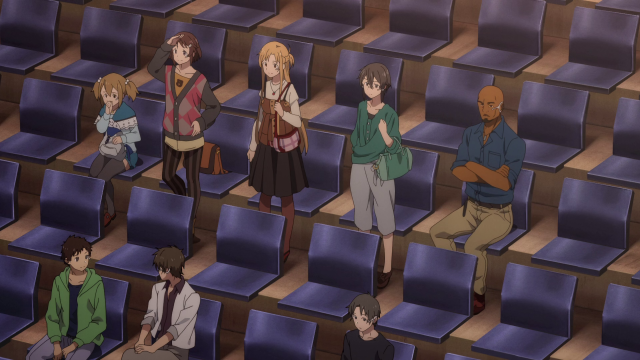 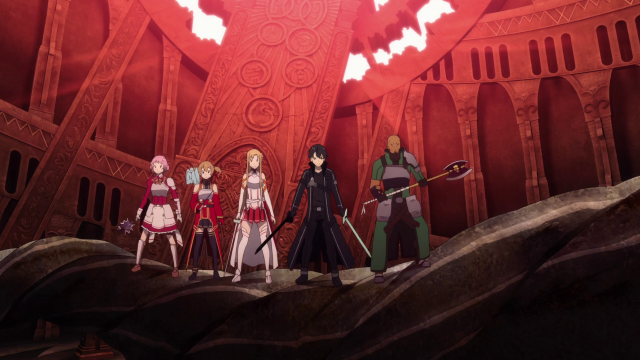 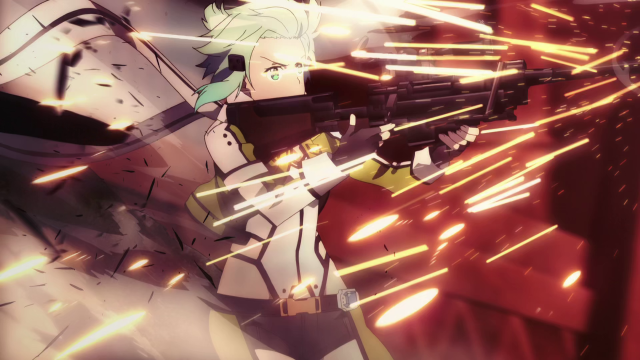 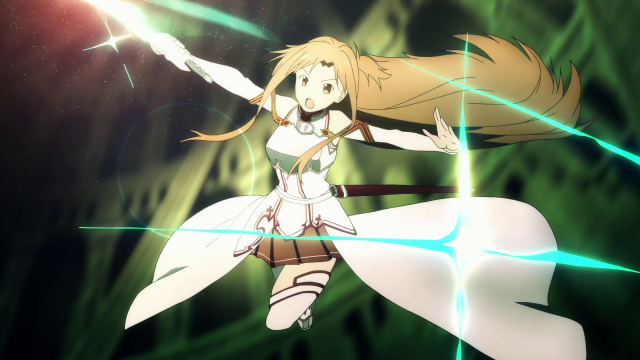 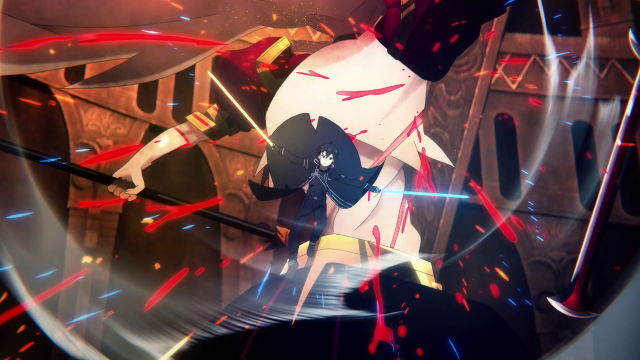 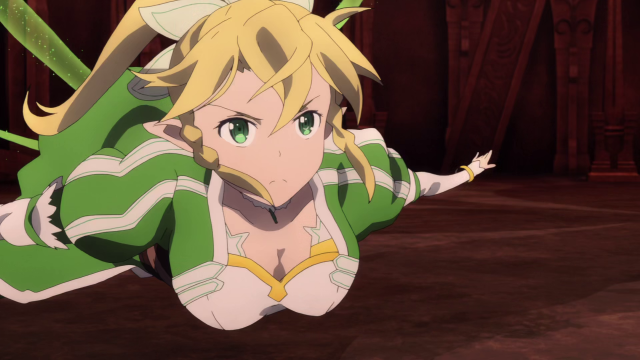 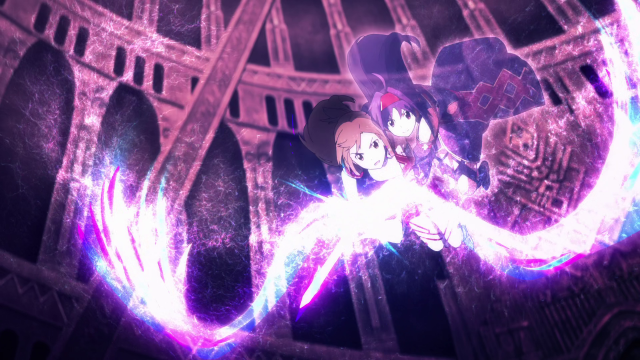 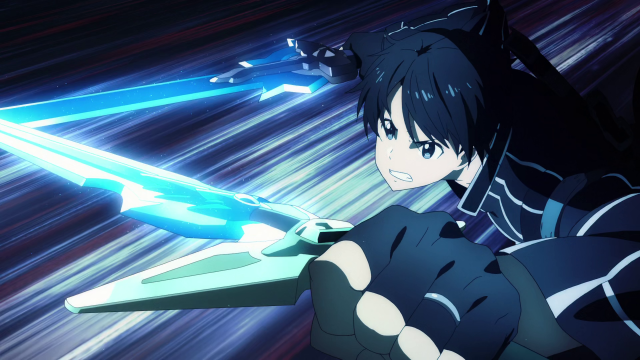 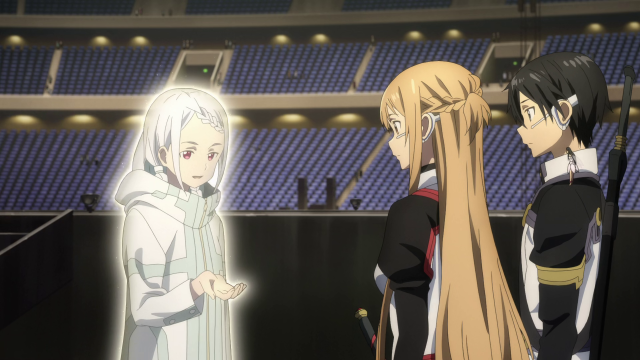 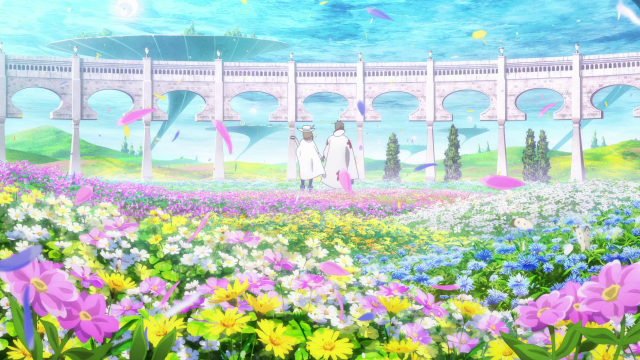 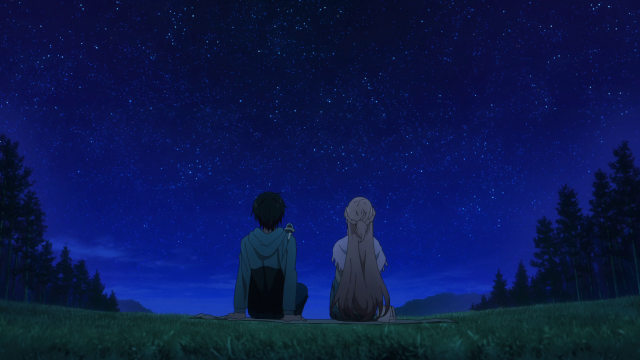 From a narrative perspective, Ordinal Scale inherits all of the strengths and weaknesses of Sword Art Online; Kirito’s improbable ability to uncover what investigative groups could not and his uncommon talent for overcoming almost any challenge by means of brute force come into play within Ordinal Scale. There’s no point in the film where he is presented as vulnerable, giving audiences no suspense in wondering if Kirito will figure out a clever solution to his situation and no sense of elation when such a moment does occur. Similarly, villains with exceptionally thin motivations also dominate the film – while one sympathises with Shigemura’s situation, it is dubious that the Augma could have been approved for sales without the input of regulatory bodies. Eiji’s reason for working with Shigemura is similarly shallow, reducing his role to that of a mere puppet despite the threat that the movie attempts to portray him as presenting to the protagonists. While characterisation in Sword Art Online has always been lacking, Ordinal Scale does address some of the weaknesses its predecessors possessed. Kirito’s interactions with the others in the film, especially Asuna, were executed to a satisfactory extent. Further to this, the audio-visual aspects of Ordinal Scale are of a superb quality. The sound effects for combat, especially the sword-play, are as visceral as Star Wars’ seismic charges (which is high praise), and Yuki Kajiura’s soundtrack is phenomenal. Overall, Ordinal Scale earns a weak recommendation: it’s certainly not a bad film and will be enjoyable for fans of Sword Art Online, but audiences will have to accept that while it does exceptionally well what it does well, Ordinal Scale continues to share the same shortcomings as earlier instalments.

2 responses to “Sword Art Online The Movie: Ordinal Scale- On The Portrayal of Augmented Reality in Popular Fiction and a Movie Review”