Hirune Hime: Shiranai Watashi no Monogatari (Napping Princess: The Story of the Unknown Me): A Review and Reflection

“I think it matters whether someone has a good heart.” ―Elon Musk

The Kingdom of Heartland is entirely driven by vehicle manufacture, and the heiress, Ancien, is given a magical tablet that allows her to bestow life into mechanical creations. She encounters a pirate named Peach when a Colossus attacks, helping him drive off the Colossus when the nation’s war machines, the Engineheads, fail. It turns out that this is a dream that Kokone has – she is a high school student who lives with her father, Momotarō, a skilful but taciturn mechanic who draws the attention of agents from the corporation Shijima Motors, who accuse him of stealing company secrets. Watanabe, oneof Shijima’s advisors, arrives to retrieve the tablet, and when Momotarō refuses, he is taken in for questioning. Kokone manages to recover her father’s tablet with help from Morio, an old friend. After dozing off and dreaming that her motorcycle can fly, Kokone awakens to find herself in Osaka. She makes her way to Tokyo with the intent of meeting with Isshin Shijima, the chairman of Shijima Motors, and while sleeping along the way, Kokone realises that her father’s story about Heartland was inspired by her mother, Ikumi. Upon meeting Isshin, Kokone learns that her mother had developed self-driving software but was denied permission to continue with the project. In Heartland, the Colossus attacks again, but Ancien manages to upload a spell into the remaining Enginehead, which Bewan (the King’s advisor and the parallel to Watanabe) had planned to use to usurp the King. In a pitched fight, the Colossus is destroyed, but Bewan attempts to destroy Heartland. Peach flies the Enginehead into lower orbit to eliminate the remains of the Colossus, and back in reality, Kokone finds herself saved from certain death when her self-driving motor cycle arrives, fulfilling Ikumi’s promise to be there for her family. The company’s contribution to the 2020 Tokyo Olympics later progresses smoothly, and Isshin spends more time with Kokone and her father. Released in March 2017, Hirune Hime: Shiranai Watashi no Monogatari (Hirune Hime for brevity) is an unusual fantasy-adventure whose draw is its seamless transitions between Heartland and reality, resulting in a highly unique film that ended up being remarkably enjoyable to watch.

Beautifully rendered and presented, Heartland is a fantastical world of great scale that emphasises its fictional nature. Sequences set in Heartland were a thrill to watch, capturing a setting that is simultaneously familiar and different to reality. That Hirune Hime flits between the two suggest that for their initial differences, the Heartland that Momotarō created for Kokone and the real world are not so dissimilar. The blending of the two worlds means that, while there are some gaps within Hirune Hime, the overall thematic elements are never disrupted; Hirune Hime presents its themes when the narrative is set in the real world, and in the film, two messages stand out. The first is that familial love comes about in different ways, evident when Kokone realises that, contrary to her initial resentment towards her father for not reflecting on what Ikumi was like, he’d created an entire world to capture Ikumi’s character. This suggests that, while he is greatly impacted by Ikumi’s death, he nonetheless loves Kokone and thus, designs a story, a fairy tale of sorts to both give Kokone an idea of what kind of person her mother had been, without forcing himself to recount his painful experiences. The second aspect of Hirune Hime deals with the importance of accepting and valuing technological advancements – Ikumi had long foreseen a future with self-driving cars and wishes to pursue it, but when her father, Isshin, rejects her proposal, his company ultimately finds itself at the edge of a PR disaster years later, when Shijima Motors is tasked with showing the world how far Japan has come during the Tokyo 2020 Olympics. Because their own developments had not been fruitful, Watanabe resorts to unethical means of fulfilling his goal, with the aim of taking over the company. Technology is an ever-present part of Hirune Hime, as seen through Ancien’s (and Momotarō’s) tablet: that much of the film’s progression is driven by what has become a commonplace technology is a reminder of how much things have advanced, and illustrates that a refusal to accept and adopt new technology can have detrimental consequences in the long run. 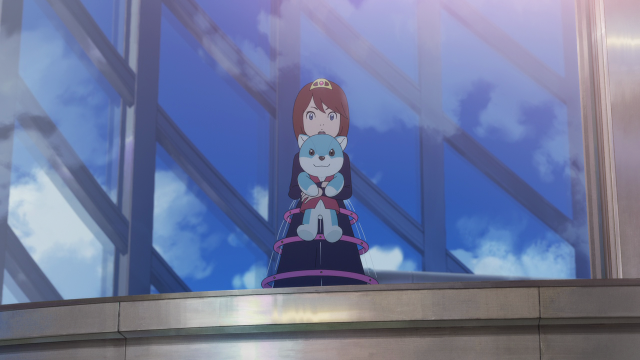 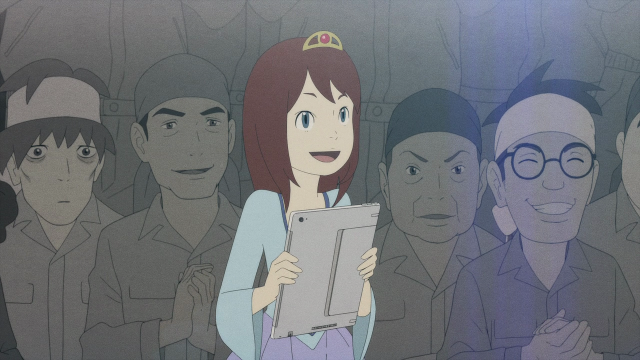 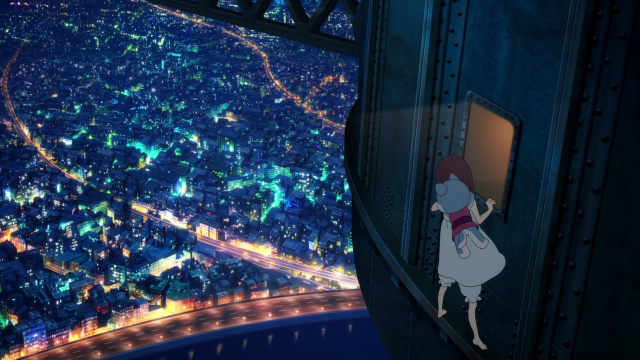 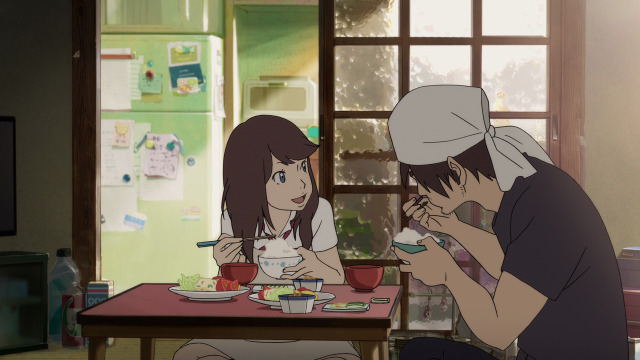 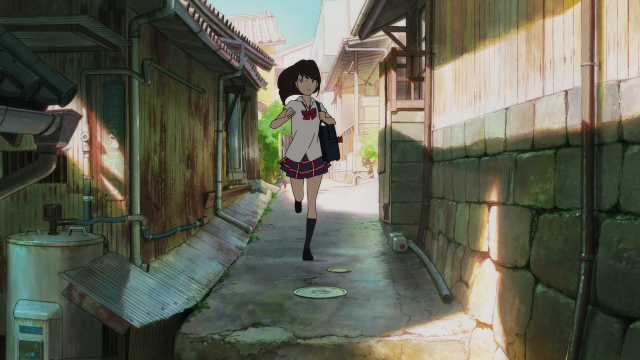 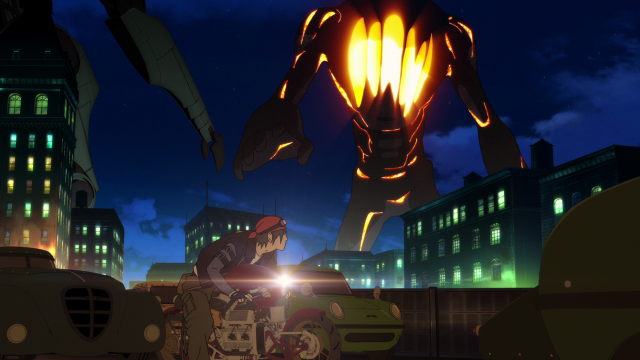 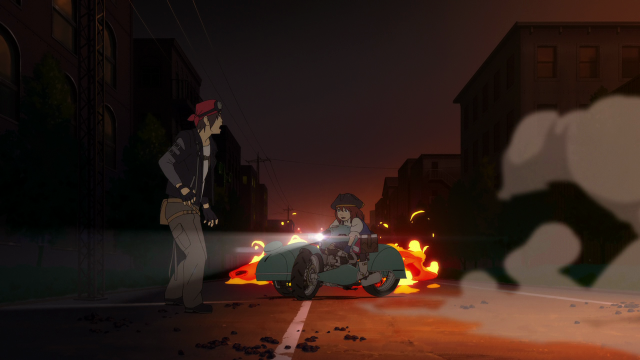 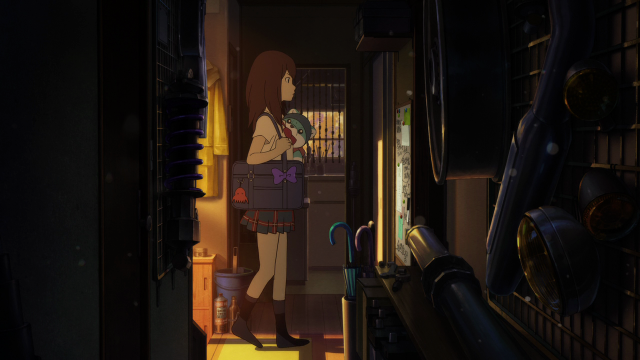 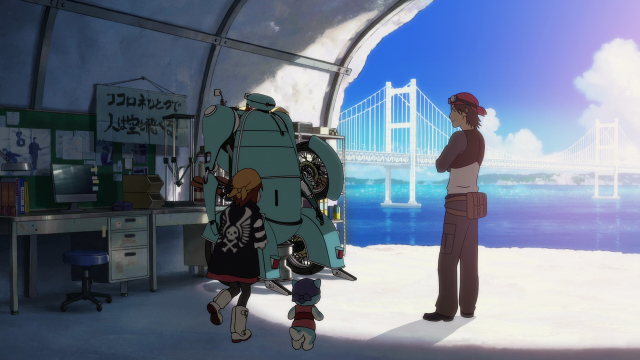 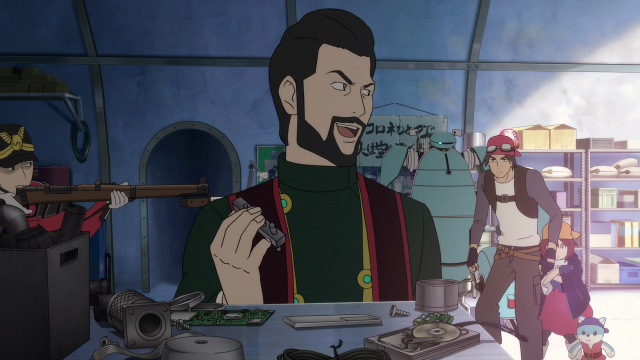 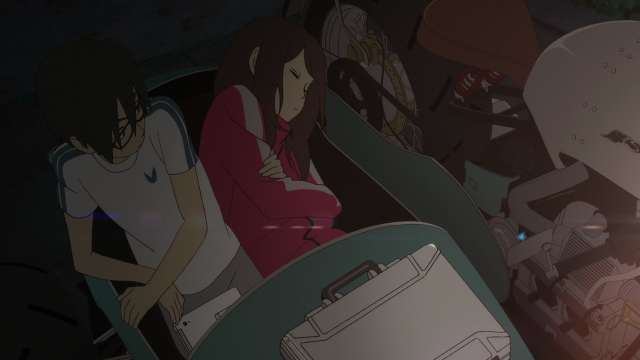 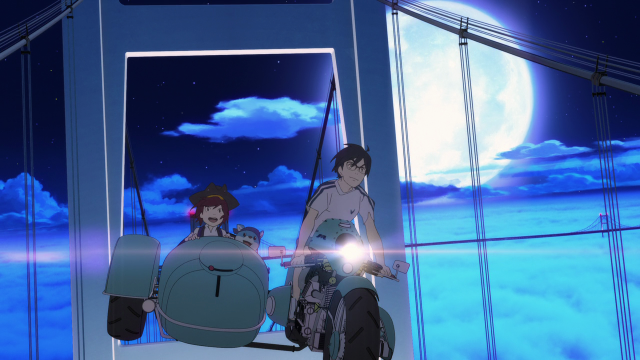 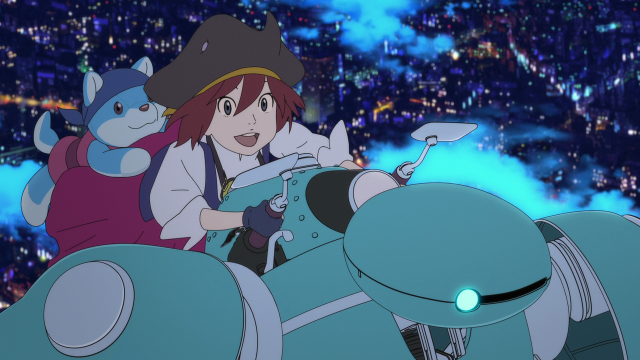 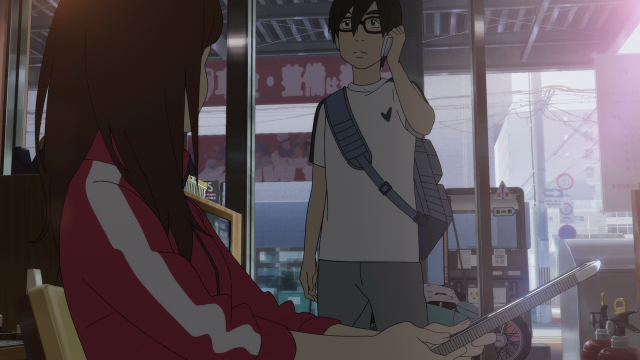 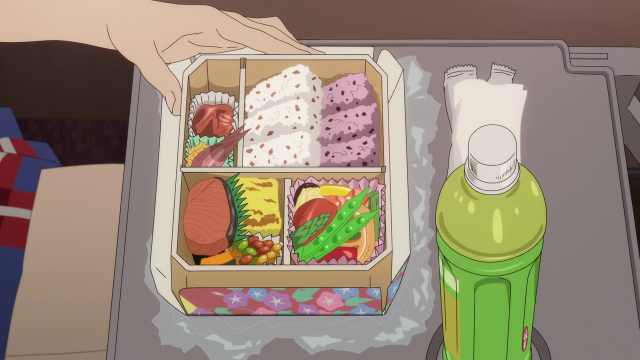 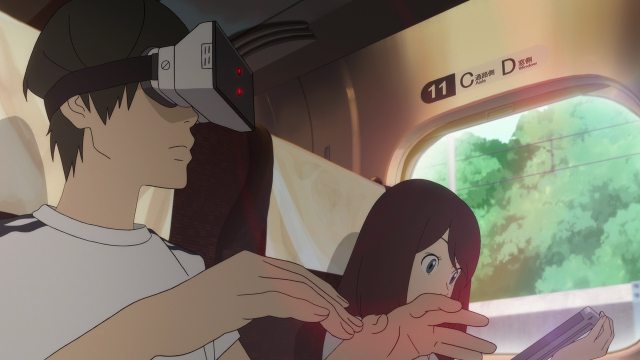 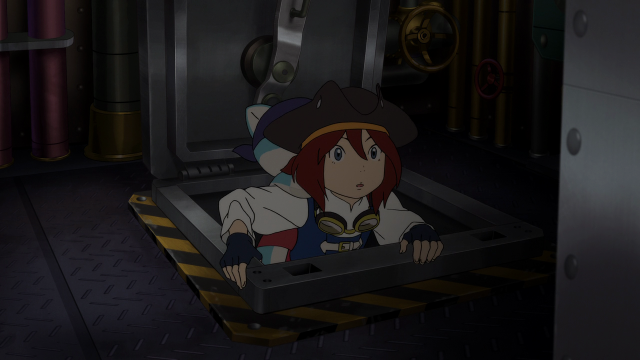 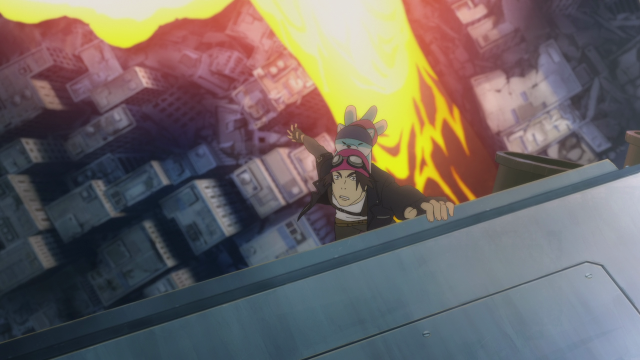 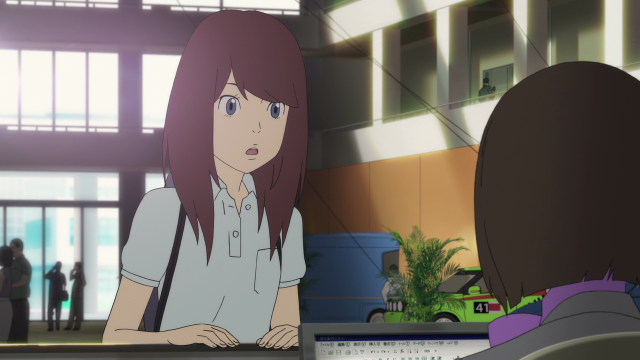 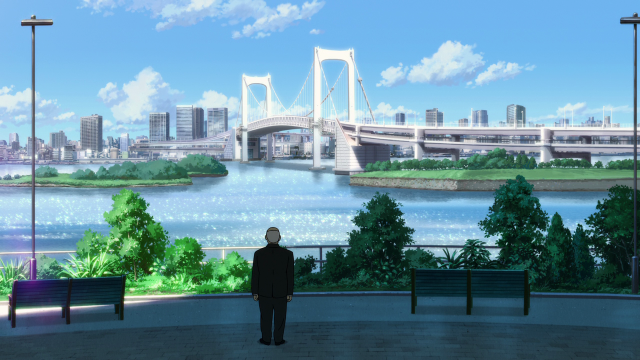 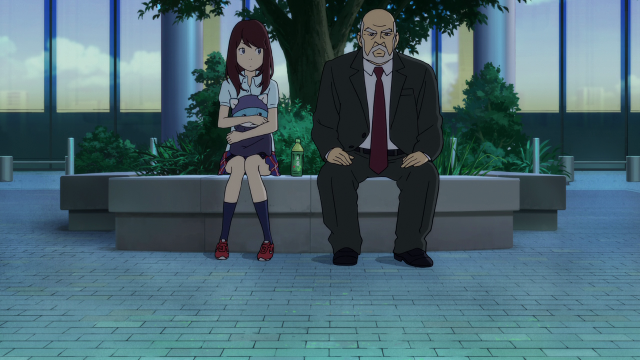 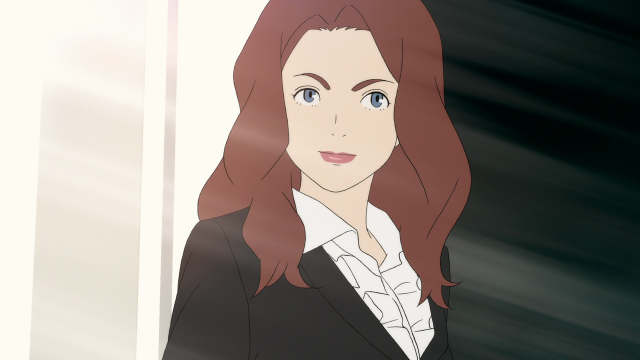 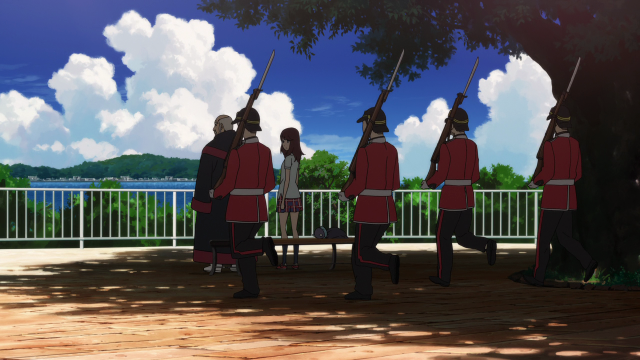 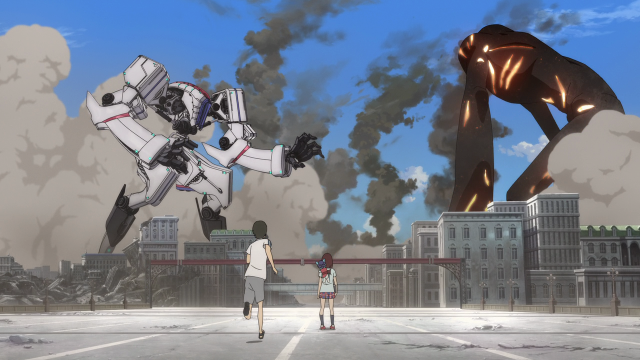 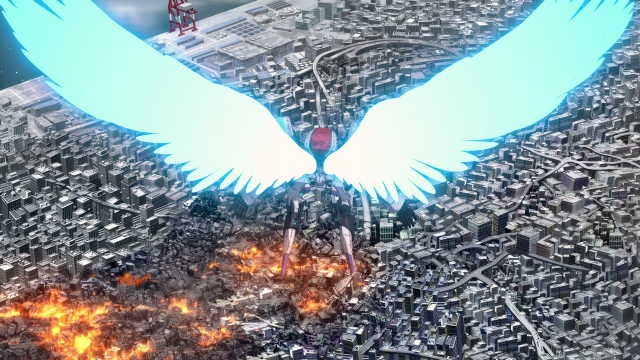 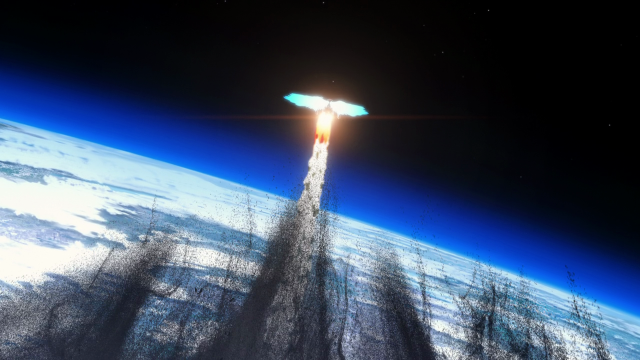 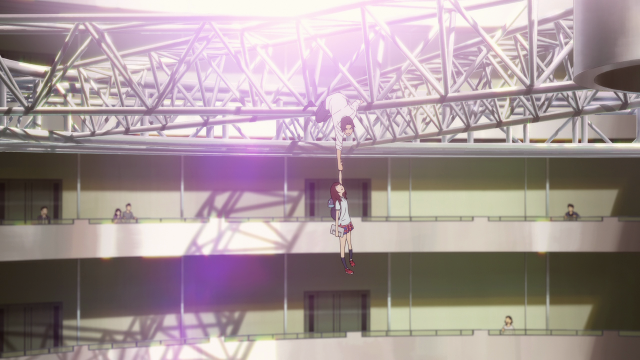 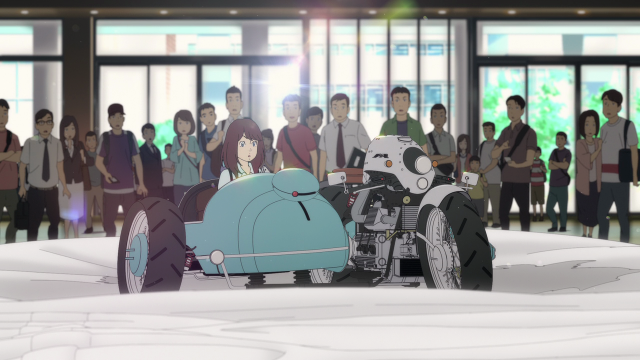 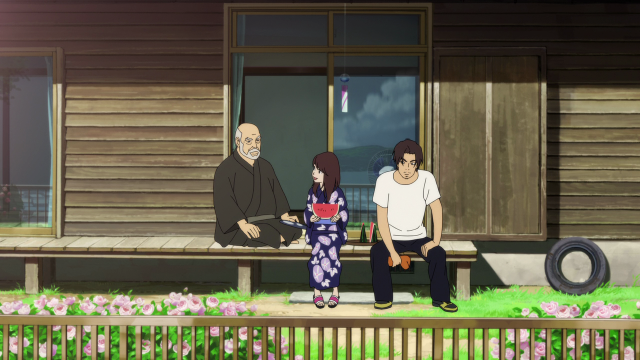 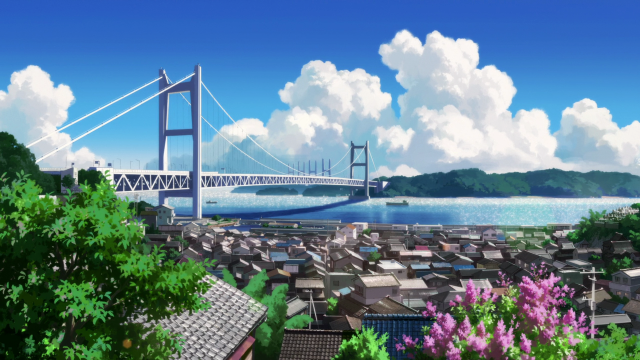 The sum of a curious story that combines a fantastical setting with the real world, current issues and ideas, solid animation and artwork, and a fantastic soundtrack results in Hirune Hime being an entertaining watch. While it’s definitely not perfect (especially closer to the ending, where some leaps exist in the story as things pick up), the film overall presents a well-crafted story and solid thematic elements that kept me wondering what is to happen next with both Ancien and Kokone. Altogether, Hirune Hime earns a recommendation; it is impressive of how Heartland was presented to correspond with both people and events in the real world. Only by watching both does one gain a sense of who Momotarō, Ikumi, Isshin and Watanabe are within the context of Hirune Hime, and it was immensely rewarding to put these pieces together as a consequences of the two narratives being woven together to augment the viewer’s understanding of what is going on, even fi there are some shortcomings with this approach towards the film’s end. In conjunction with the humour arising from Kokone’s transitions between Heartland and reality, as well as how her friend, Morio, comes into Heartland, Hirune Hime is quite simply, fun; I was immersed for the whole of its runtime, and such films exemplify that stories can definitely be enjoyable and thought-provoking even if their setting is that of a colourful, vividly-portrayed world.

One response to “Hirune Hime: Shiranai Watashi no Monogatari (Napping Princess: The Story of the Unknown Me): A Review and Reflection”