4 Comments Posted by infinitezenith on November 24, 2017

Life begins settling into a new routine after Yūna and the others return to their daily lives in the aftermath of their triumph over the Vertex. Sonoko transfers into their middle school, and immediately takes a liking to Yūna. However, both Sonoko and Yūna begin feeling as though something is missing; whether it be the fact that Itsuki originally partitions a cake made during home economics class into sixths, Sonoko subconsciously making three portions of noodles or a particular phrase impacting Yūna, it soon becomes clear that Mimori Tōgō has been absent from proceedings, forcibly removed from their memories. They recall that Mimori had longed to atone for her actions during the final battle, considering them inexcusable in light of the situation, and had taken up the mantle of a masked crime fighter to help out. Their memories return shortly after, but Mimori’s precise fate remains unknown to the others, and the camera cuts to a girl, who may or may not be Mimori, imprisoned in another dimension. Originally anticipated last week, Hero Chapter‘s first episode brings the sequel off to a flying start. With only a half-season’s worth of space to explore the narrative and detail what happens following the events of the first season, Hero Chapter wastes no time in establishing a new status quo that has materialised: Mimori’s fate is the focus, and unless I’m very much mistaken, the first challenge the Hero Club faces will be reuniting with Mimori given this first episode’s events.

The unique juxtaposition between the light-hearted and the dramatic had been an integral part of Yūki Yūna is a Hero. Therefore, it is unsurprising that much of the episode is given to the easy-going and hilarious antics that are central to the Hero Club. Sonoko feels right at home with Yūna and the others, partaking in jokes and initially drawing much awe from this generation of Heroes. Sonoko admits that she’s longed to live a normal life after being immobilised in the wake of engaging her Mankai on twenty occasions to save Mimori and the world. However, it seems that her friendly and playful manner has endured; from her enthusiasm in joining Yūna and the others in their play, to helping them study, Sonoko has fit right in. However, her initial presence also raises the question that remains on the audiences’ minds from the first moment the Hero Club is shown: where is Mimori at? While it’s a little surprising to see Yūna and the others blissfully unaware of this in the episode’s beginning, it turns out that each of Yūna, Karin, Fū, Itsuki and Sonoko are subconsciously aware that one of their number is misssing. Manifesting in subtle manners, this sense becomes stronger, and by the episode’s end, it’s quite apparent that Mimori’s absence is significant. At this point in time, episode titles for each instalment in Hero Chapter are available, giving some insight as to what future episodes entail, and my best guess is that audiences will have a chance to see what happened from Mimori’s perspective in the upcoming episode. 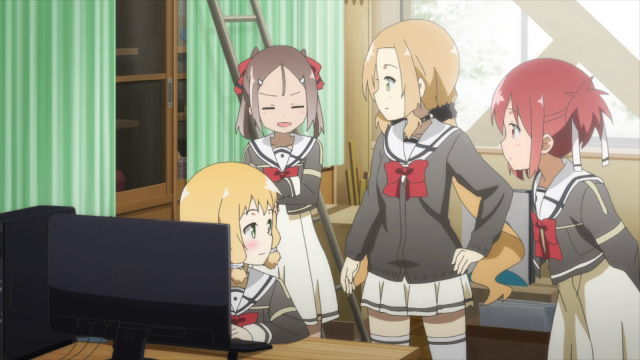 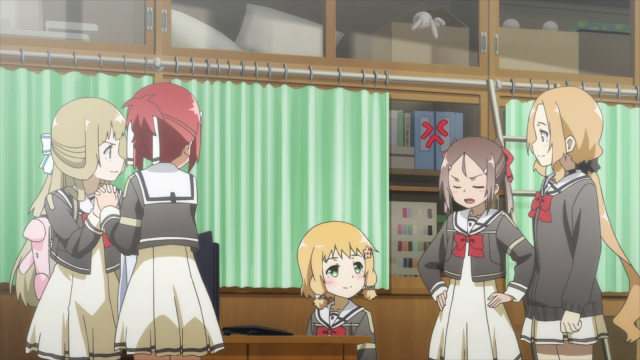 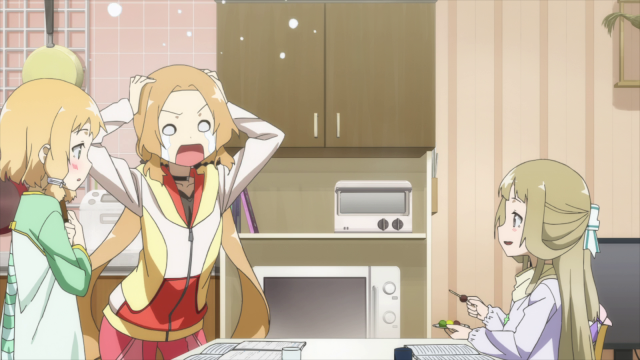 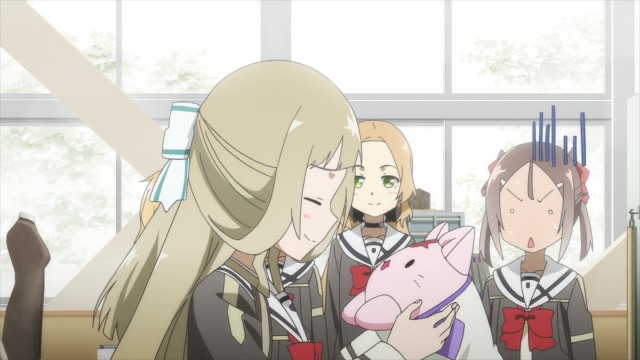 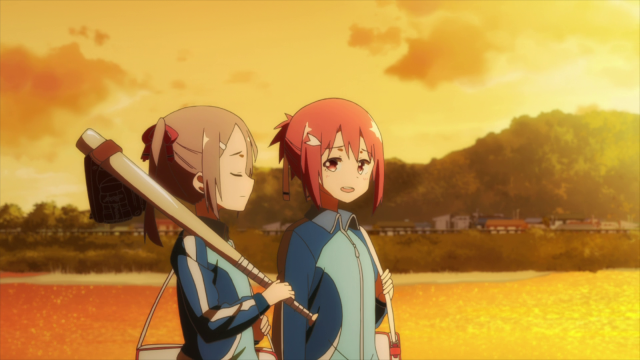 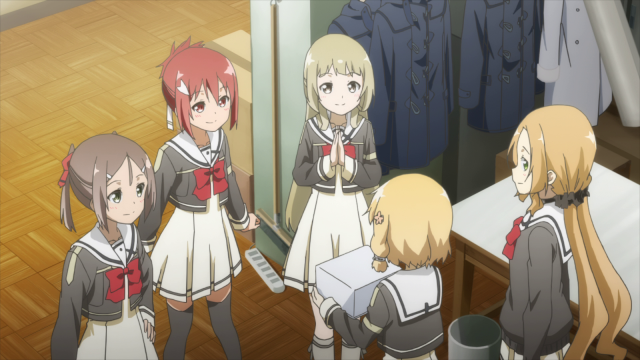 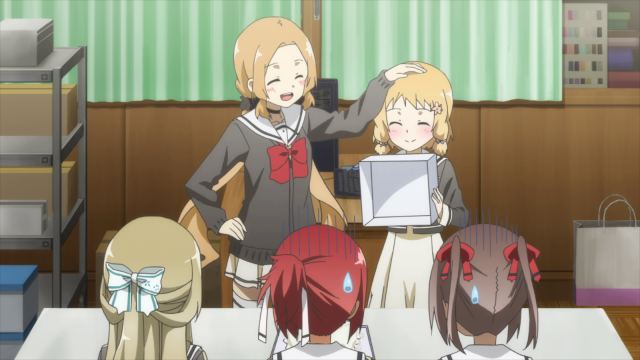 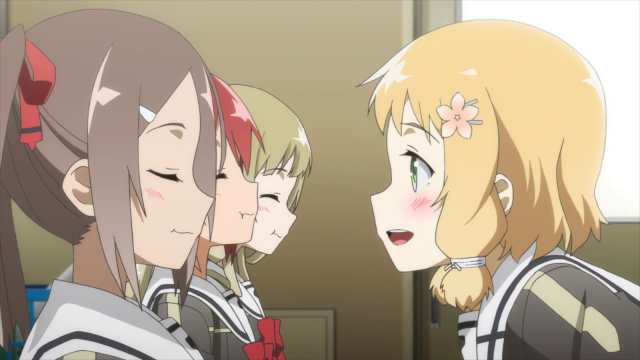 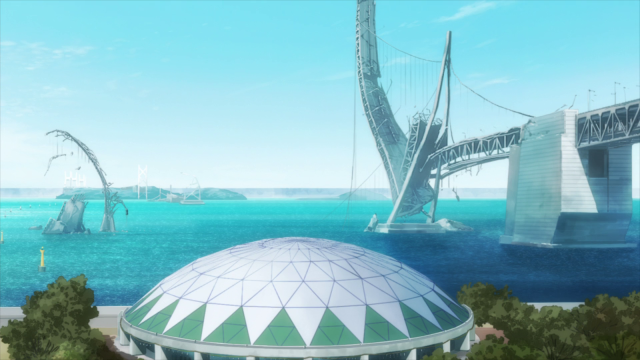 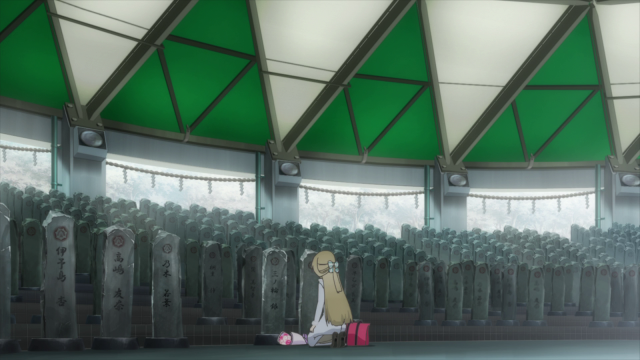 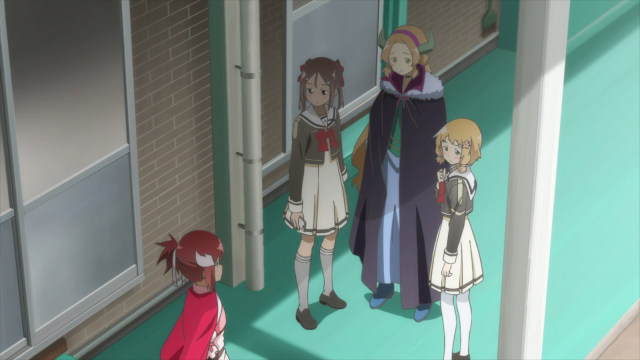 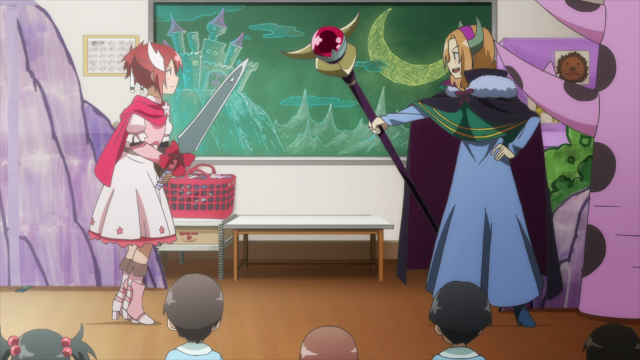 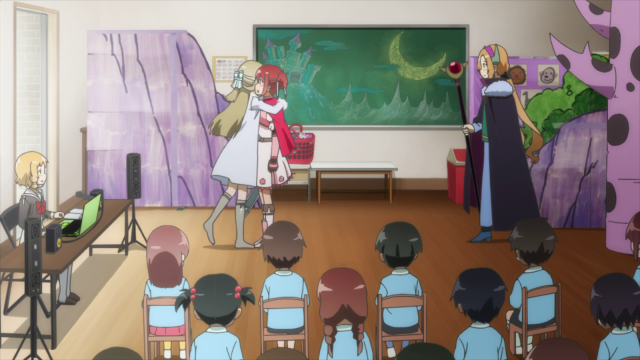 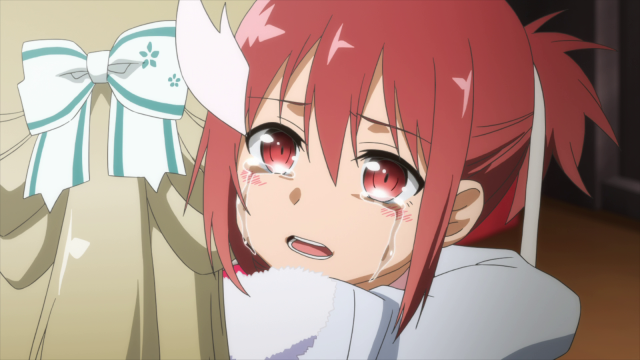 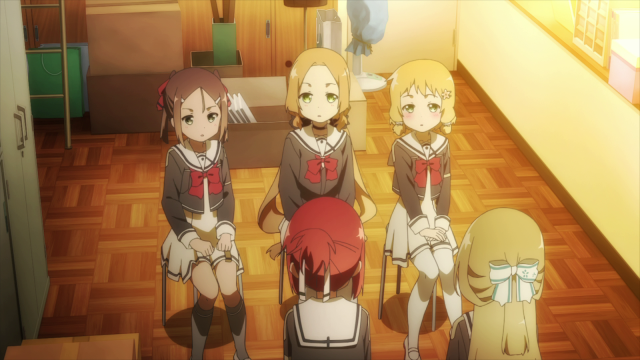 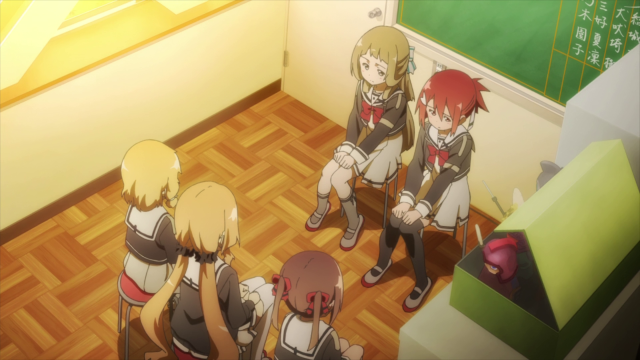 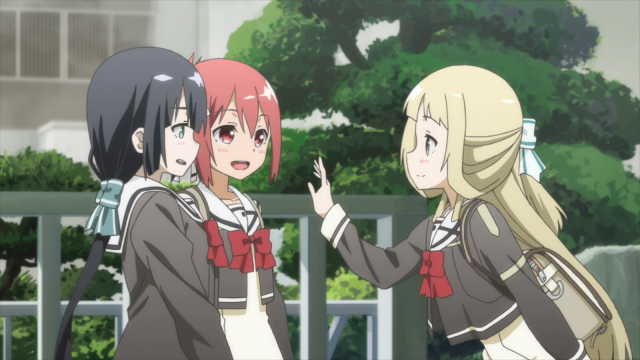 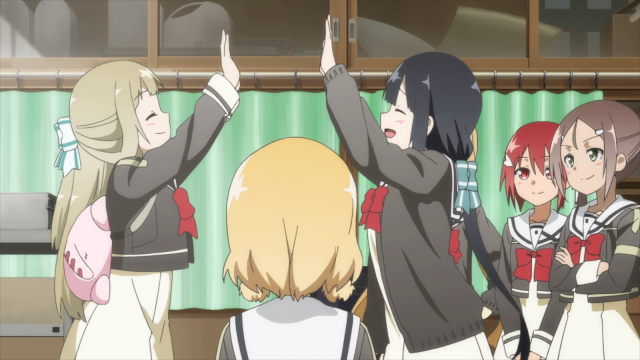 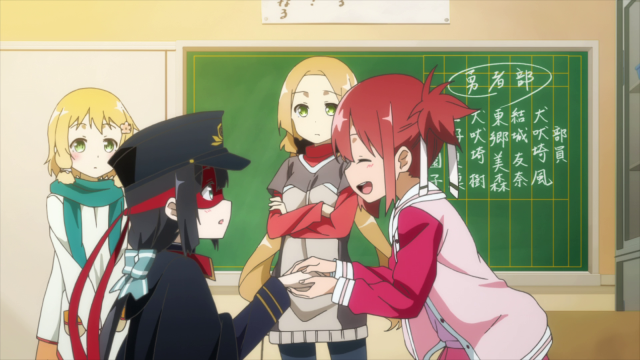 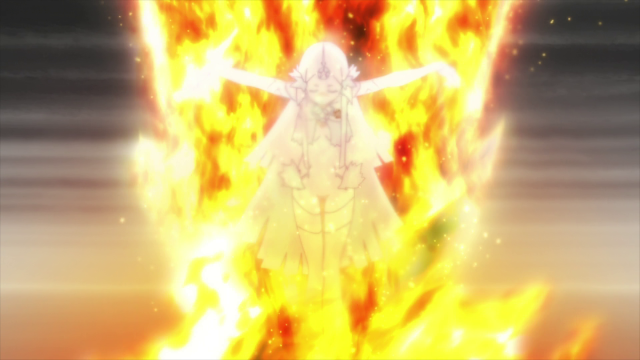 I found myself quite impressed with Washio Sumi Chapter when the movies were screened earlier this year, despite the lack of world-building with respect to why the Vertex and Heroes exist to begin with. While the first episode of Hero Chapter does not cover this, I’m nonetheless going to give this sequel the benefit of the doubt and remain optimistic that there will be some explanation of what drives their world. The fact that Mimori is imprisoned in some alternate dimension suggests that Yūna and the others might finally be able to learn more about this conflict: Yūki Yūna is a Hero has always been solid from a thematic perspective, being quite clear in what messages that Yūna and the Hero Club’s experiences are intended to convey, but in spite of their fascinating world, audiences who’ve only seen the anime tend to be shafted as far as background information is concerned. If omitted, this diminishes the strength of the themes that Yūki Yūna is a Hero is aiming to present to viewers; not knowing more about the world that the Heroes are fighting to protect takes away from the urgency of their fight. This is the importance of the world-building, to help audiences understand and develop some connection to the world that lets them appreciate what about Yūki’s world that is worth fighting for. With this being said, if Hero Chapter chooses to go in a different direction and the execution is satisfactory, I wouldn’t hold it against Hero Chapter.