6 Comments Posted by infinitezenith on December 1, 2017

“If a black hole is an oyster, then the singularity is the pearl inside. The gravity is so strong, it’s always hidden in darkness beyond the horizon. That’s why we call it a black hole.” —Romilly, Interstellar

It turns out that even the Taisha‘s recollections of Mimori have been removed; Sonoko relays this to the other Hero Club members and also provides them with their smartphones. Having spoken with the Taisha themselves, Sonoko has deduced that Mimori might be beyond the barrier, and is encouraged to begin looking for Mimori out here. While Fū expresses concern with the Hero System, Sonoko explains that the new system makes use of a fully-charged mankai reserve that depletes during combat if the Heroes sustain damage. Engaging the mankai system will fully deplete reserves and also render the Hero vulnerable to attack, but in exchange, Heroes no longer lose body functions when the mankai system is used. Heartened that the Taisha have been a bit more forward about the Hero System’s operating limits, Yūna decides to join Sonoko. The entire Hero Club subsequently activate their Hero Systems and enter the barrier, where they find a black hole-like entity as the source of Mimori’s signal. Sonoko engages her mankai and carries her teammates to this portal – Yūna soldiers forward into the portal and the extremities cause her body and spirit to separate. Past the event horizon, Yūna finds Mimori here, along with her memories and learns that Mimori intended to become a sacrifice to atone for putting a hole in the barrier, endangering their world. Against risk of damage to her mind and body, Yūna retrieves Mimori. She reawakens to the sight of her friends, and Sonoko informs her that the Taisha have since managed to stablise the situation, removing the need for a sacrifice. Yūna later learns that she’s inherited the curse mark from Mimori.

The shortened timeframe of Hero Chapter corresponds with a much quicker pacing, and in the second episode, the cheerful atmosphere seen in the first episode is largely replaced with a grim determination when Yūna and the others resolve to bring Mimori back. Here, the Hero System is explored to a slightly greater extent, illustrating the vulnerabilities and limitations more fully, suggesting that the Taisha have learned after two iterations. The newer system removes invulnerability and is probably the most fair: Heroes die if they fight too aggressively, but engaging the mankai no longer comes at a terrible cost. With the episode’s focus on recovering Mimori, it would seem that Mimori’s old habit of reaching a decision has not changed, and similarly, Yūna is as headstrong as she’s always been. That she succeeds in bringing Mimori back this early in the game suggests that, in conjunction with Yūna being marked for sacrifice, suggests that Hero Chapter is heading in a direction where Yūna will find herself requiring help from her friends, or else see the Hero Club take on a new opponent. Of course, folks with a more substantial background in Yūki Yūna is a Hero will likely have more to add to discussion and correspondingly, a better guess of what’s to happen, but I’m approaching this one from a naïve position. As such, what I will be looking to see, as Hero Chapter continues, is how well the anime stands on its own from a thematic perspective. 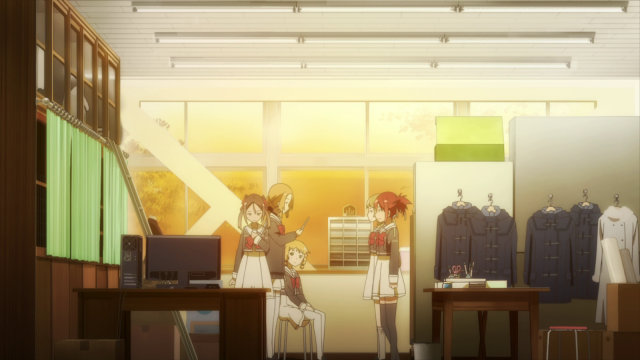 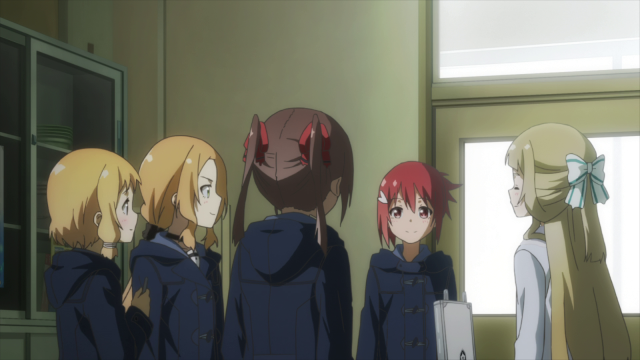 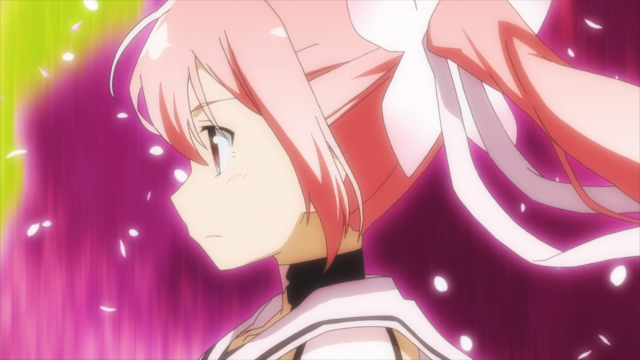 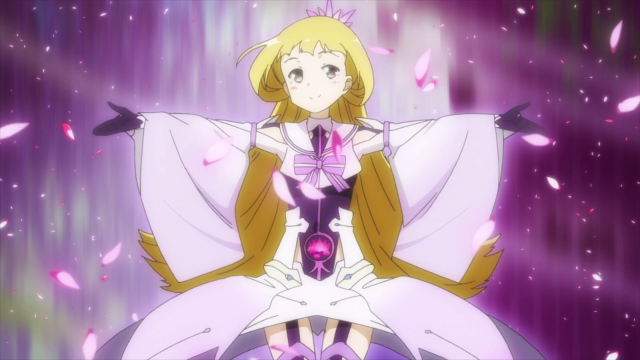 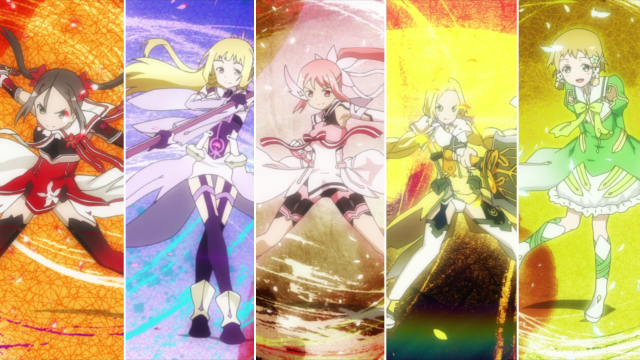 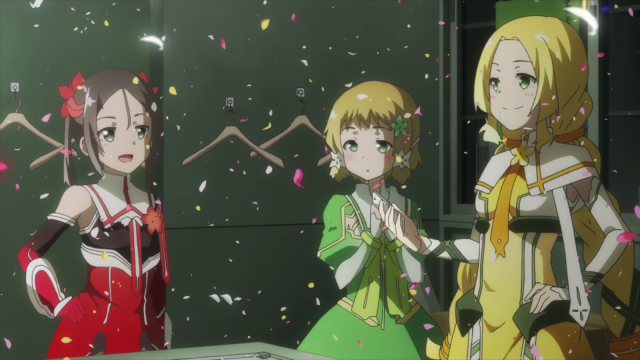 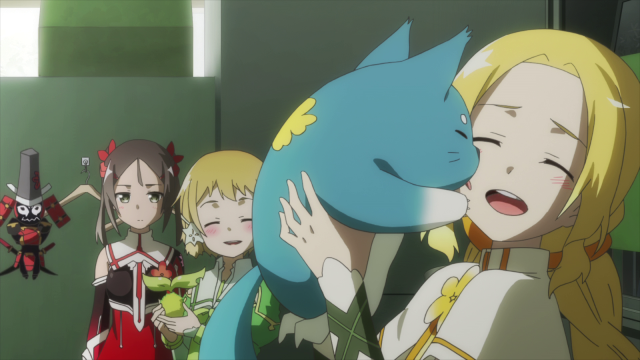 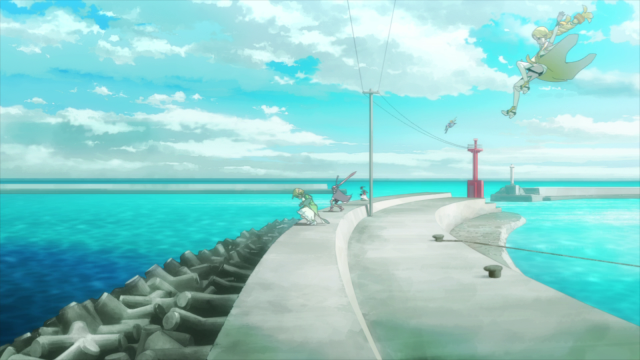 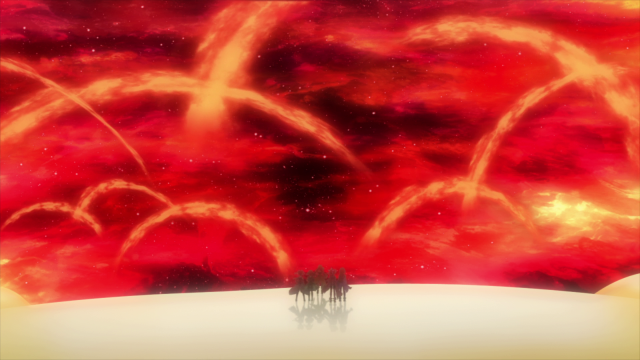 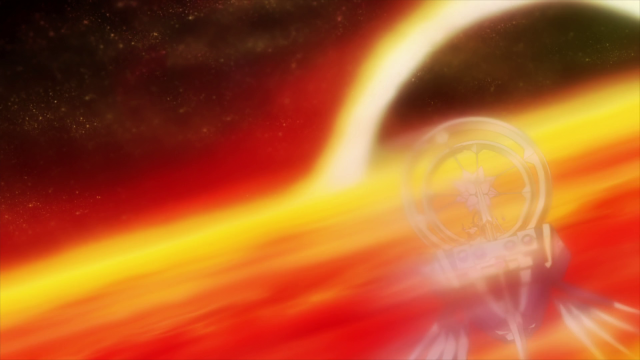 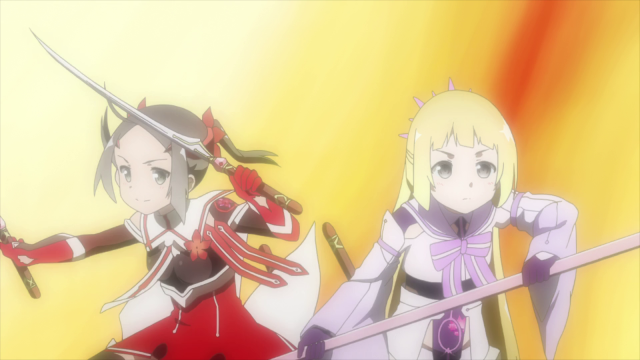 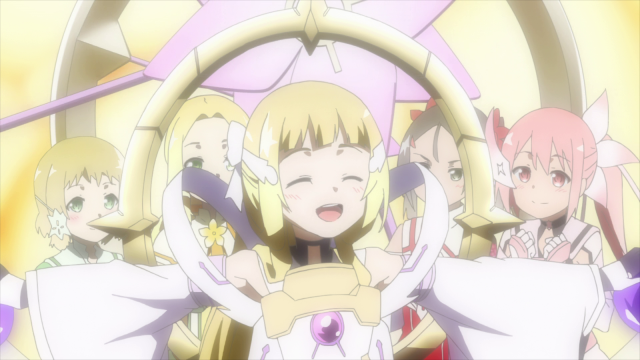 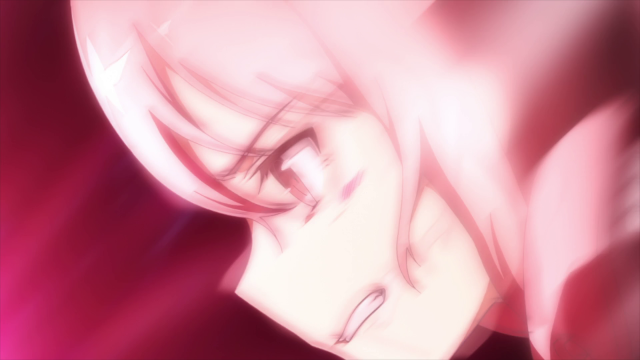 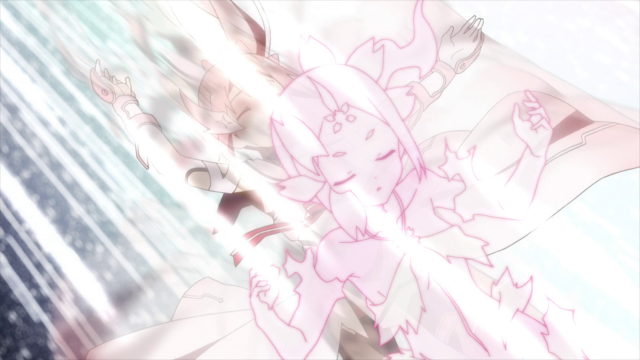 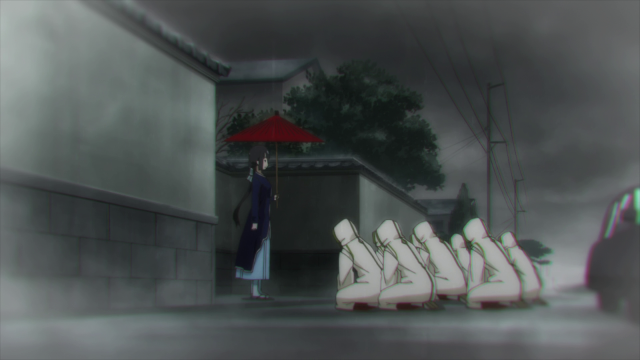 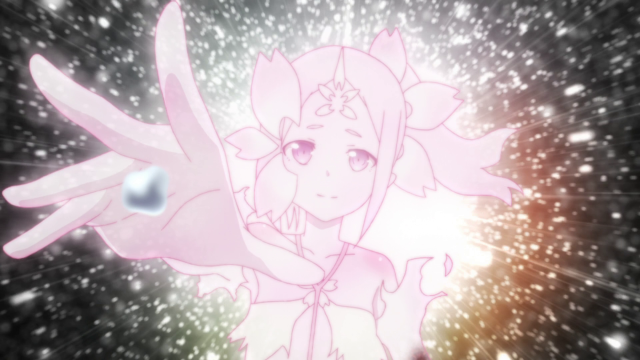 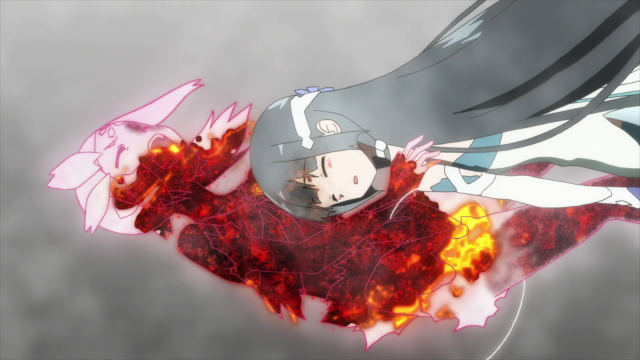 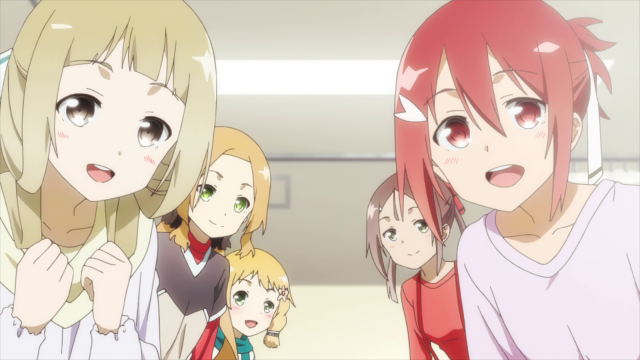 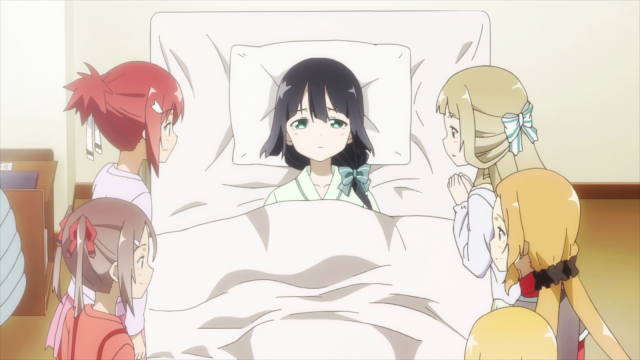 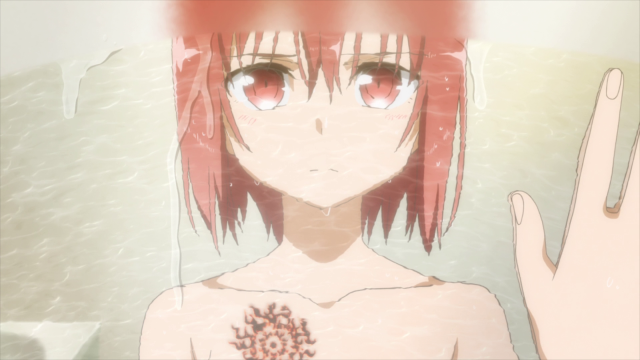 If Hero Chapter is structured similarly to Washio Sumi Chapter, then the remaining structure of Hero Chapter is reasonably straightforward: the upcoming episode would likely be a bit more lighthearted in nature to begin with, and things would gradually become more serious in the episodes leading up to the finale. This is the nature of the beast in Yūki Yūna is a Hero, and while it is likely that world-building is likely to be eschewed in favour of the abrupt swings between gentle everyday life and heart-wrenching moments amidst the chaos and madness of battle. With this being said, Yūki Yūna is a Hero tends to bring characters to the brink before invoking some form of deus ex machina to drive a happy ending: it’s still early to be considering whether or not this route will be taken. In the meantime, it looks like I will have to delve into the supplementary materials to learn more about the world in Yūki Yūna is a Hero if I do intend to do a more serious, less irreverent discussion. My lack of knowledge with the actual mechanics in their universe aside, this isn’t likely stopping me from speculating that Yūki Yūna is a Hero is set inside a simulated reality like that of The Matrix, or better yet, the Teenyverse as seen in Rick and Morty, which, if we assume to be true, would eliminate all of the complexity surrounding whatever rituals and entities that are present in Yūki Yūna is a Hero.